Advertising.... It's everywhere, it surrounds us, we are pursued by it all our waking hours (and no doubt some of our sleeping hours too!) If we try to escape by fast forwarding a recorded TV programme, the images still flicker across the screen and seep into our subconcious. Who has not found themselves humming a tune with no idea of the title or composer, only the product it advertised? While some advertisements are true works of art, some being memorable and others truly forgettable, all of them have a specific objective – to persuade us to buy, or in some way participate in, the products or services being advertised.

Although some TV adverts are so surreal these days you think to yourself – what was that all about? Nevertheless – you remember the advert because you didn't understand it and therefore you also remember the product associated with it – clever!!

It's probably true to say that advertising has been in existence as long as people have – in other words a very long time indeed! It almost certainly emerged as a by-product of trading. Ancient wall or rock paintings displaying commercial messages can be seen today in many parts of the world and the tradition of wall painting can be traced back to 4000 B.C. Egyptians used papyrus to create sales messages and wall posters and examples of commercial messages have been found preserved in volcanic ash among the ruins of Pompeii. As businesses developed, but at a time when most of the population were still unable to read, signboards were introduced to depict certain trades. For example, the pole above the barber's shop, a padlock or kettle at the ironmongers, a horseshoe for the blacksmith and a tea canister would denote the grocer.

n 1477 William Caxton printed what is generally known as Britain's first advert for a book entitled The Pyes Of Salisbury. However it was centuries later that advertising came to be recognised as a serious business in itself - the earliest known record of an advertising agency is 1786. In the 17th century as printing and reading became more common, handbills were used for advertising purposes and advertisements also began to appear in weeklynewspapers. These early advertisements were used mainly to promotebooks, newspapers and medicines. Looking back at the early medical adverts, one wonders how anyone survived the treatments! Electricity, for example, was used to cure every ailment you might have - Partial or Total Deafness, Catarrh, Rheumatism, Neuralgia, Lumbago, Gout, Nervous Debility or Any Other Disease from Any Cause or of any Length or Standing (taken from an advert for The Dr. Huber Dry Cell Pocket Medical Battery).

Four inventions in the field of communications made the expansion of advertising techniques possible. These inventions were lithography (1795-1862), photography (1834), the line-block (1872) and the half-tone block (1882). Without these developments many of the early posters, advertisements and catalogues would never have existed. During the first half of the 19th century newspapers rapidly became the dominant advertising medium and would continue to be so until television appeared on the scene in the 20th century.

A direct result of the advent of colour lithography was the creation of the pictorial poster in the last quarter of the 19th century. In France Jules Cheret and Toulouse-Lautrec were influential in the early development of the poster while, in Britain, John Hassall, Cecil Aldin, and James Pryde came to be among the leading artists to include the pictorial poster in their work. Shipping and railway companies became major users of the poster in their publicity and foremost among them was the Great Western Railway (GWR). Indeed British travel posters representing railway and steamship companies are acclaimed by other nations to be the best in the world and, like picture postcards, posters became collectable items and continue to be so to this day (see below).

The early 20th century saw cinema radio  being used for advertising. When they think of cinema advertising, many think of Pearl & Dean who began in the 1930s, but, astonishingly, the first cinema commercial was for Dewars Whisky which appeared on UK screens in 1899! And then came television and the golden age of advertising began.

Above: before the OXO family appeared on television...

The first UK television advert was broadcast in 1955 – a one minute advert for toothpaste! Nowadays, such is the profligacy of television adverts, rather than having programmes interspersed with adverts, it often seems that we have adverts interspersed with programmes! Indeed, some adverts are miniature programmes in their own right, others very often tell a story which can be continued for years – the Oxo family springs to mind as an excellent example. This highly successful advertising campaign ran from 1983 through to 1999.

Last, but by no means least, we have the internet which has spawned many new advertising opportunities – the Popup, Banner, Popunder, Advergaming (the use of video games to advertise a product) and direct email advertisements to name but a few. The latter, if unsolicited, is commonly known as spam and an entire industry has grown up in the attempt to filter out the amount of spam received via email.

While deploring the use of unwelcome advertising, many advertisements may be viewed as works of art and appreciated as such. In researching this article I have found it fascinating to read books such as The Technique Of The Poster, Sign Boards Of Old London Shops, Advertising And The Motor-Car and Go Great Western, The History Of GWR Publicity. I've not even touched on the books aimed at children which were really adverts in disguise – such gems as Another Adventure of Elsie And The Bunny (advertising Bourneville chocolate); Kellogg's Funny Jungleland Moving Pictures (a novelty book advertising Kellogg's cereals); Dan, The Adventures Of A Little Danish Pig (advertising Danish Bacon – poor Dan!); and, for the grown-ups Jabberywocky Re-Versed And Other Guinness Versions and My Goodness, My Gilbert And Sullivan. I'll leave it for you to guess what the last two are advertising!

In addition to the books mentioned, information for this article was gleaned from http://spotlightideas.co.uk andhttp://www.open2.net/society/media_communications 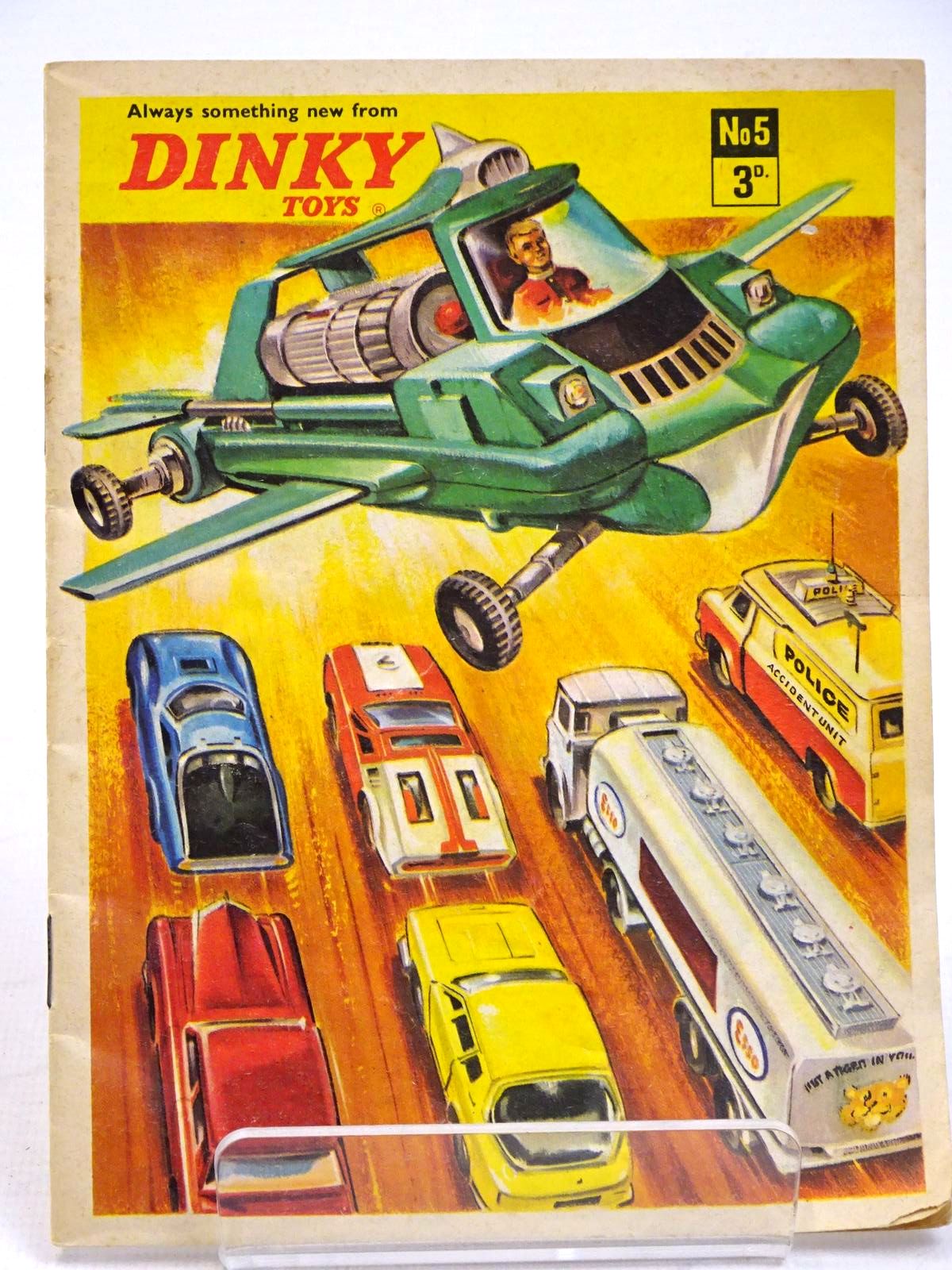 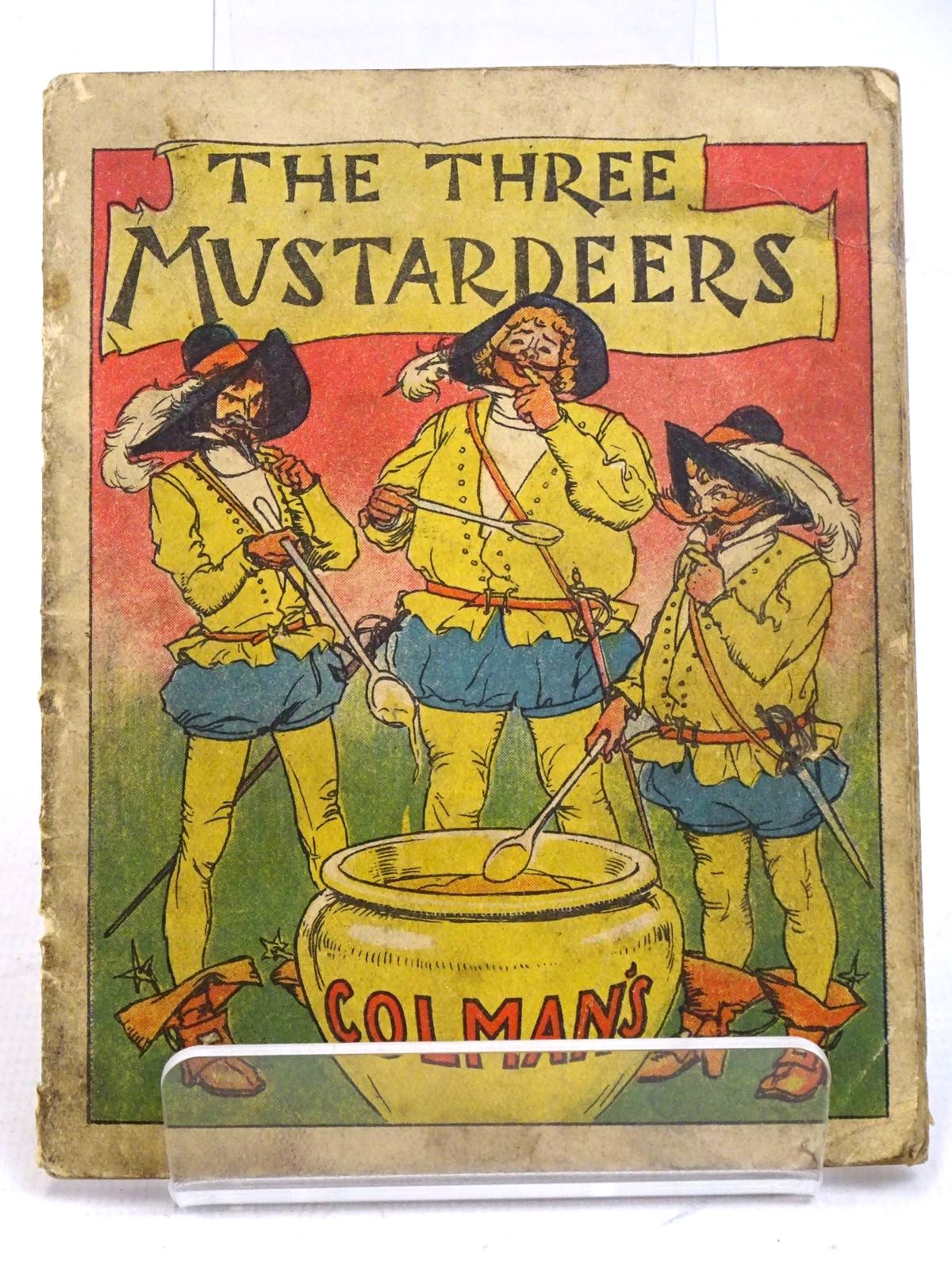 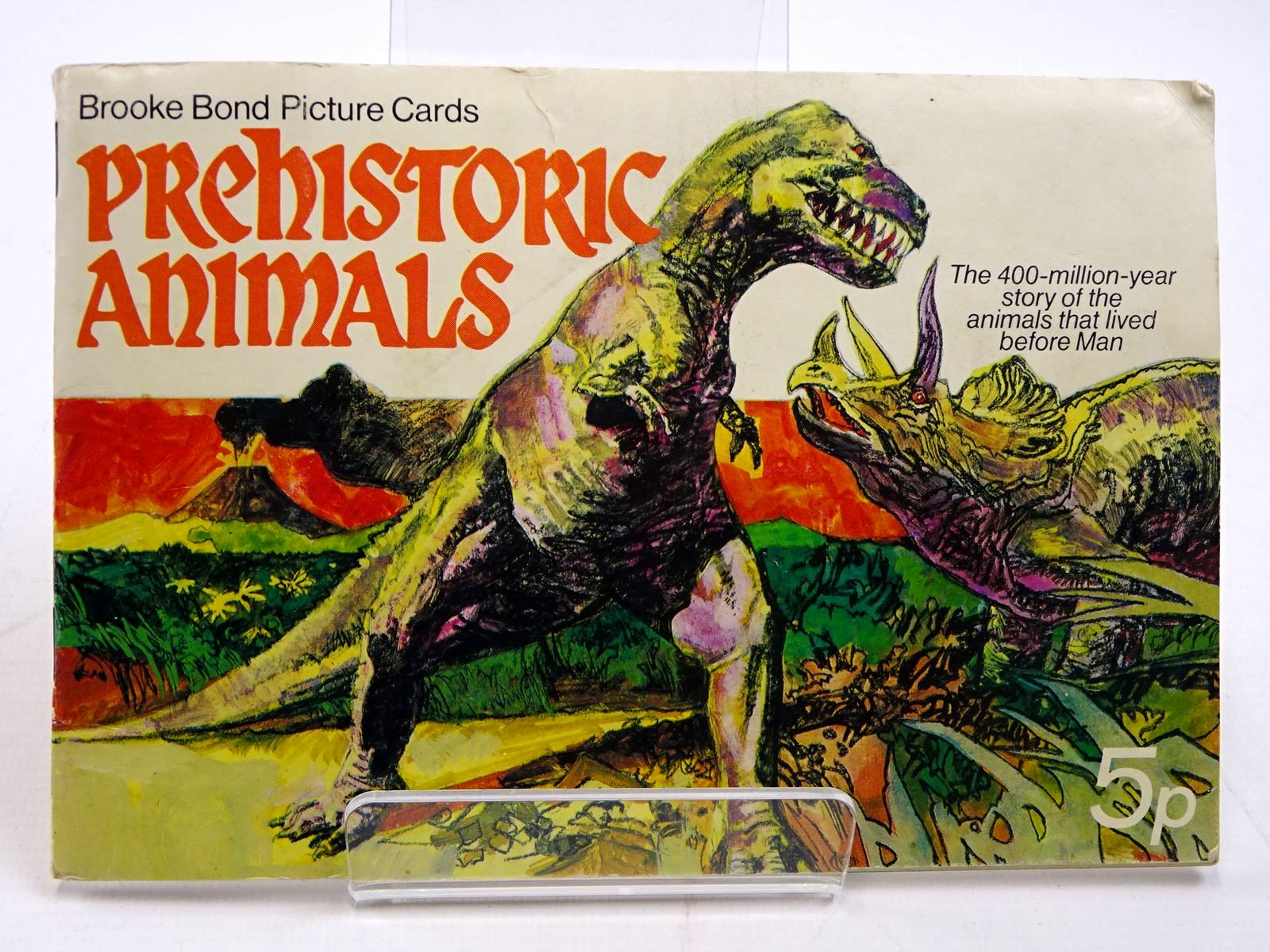 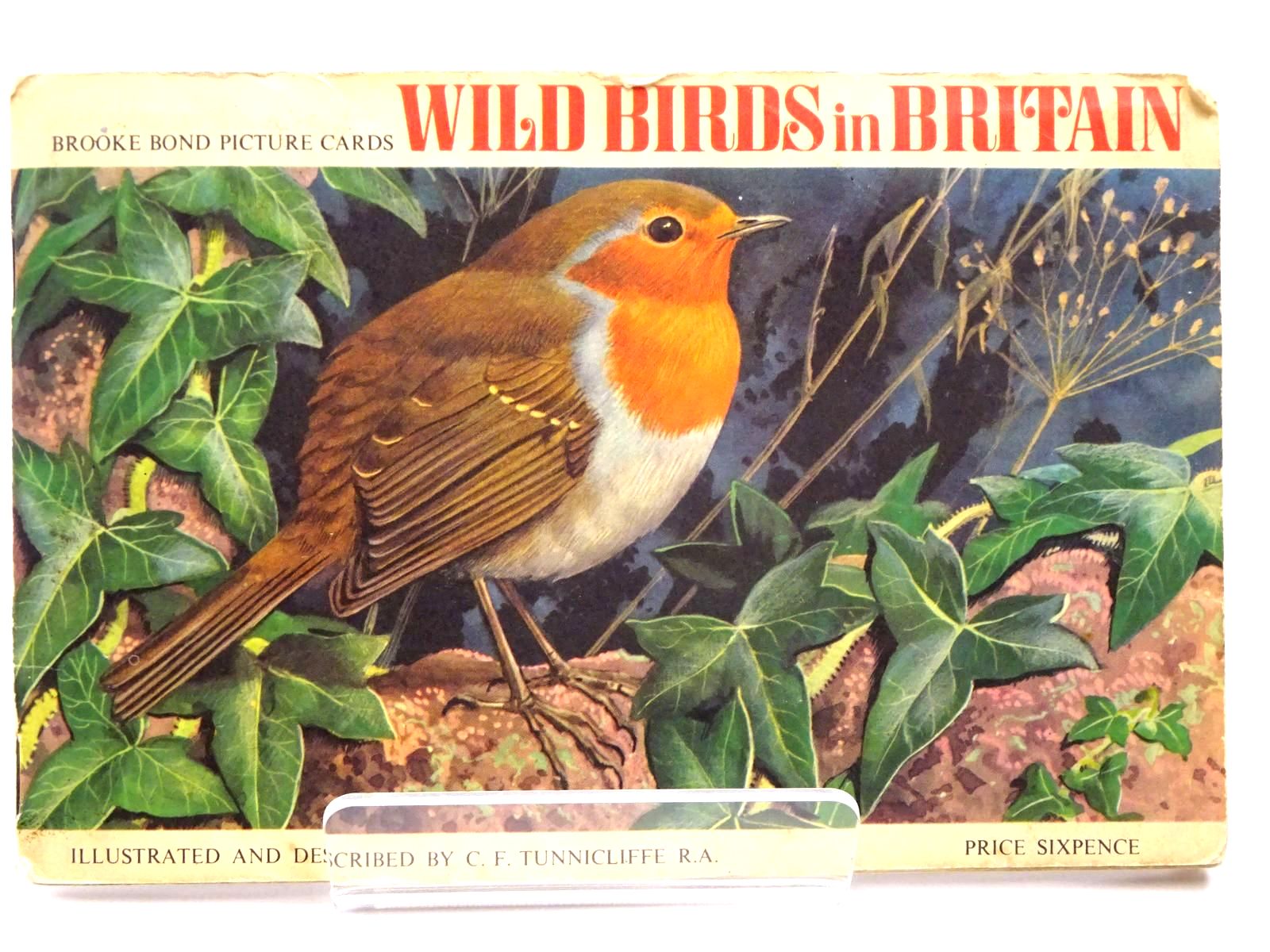