Alison Uttley is probably best known for her Little Grey Rabbit books written for children. However, during her very successful career she wrote about 120 books on various subjects for children and adults. Her varied interests in dreams, time travel and country matters provided material for her writings, often revealing a woman of both sensitivity and perception.

Today her books are as much loved as they ever have been and remain popular to both adults and children. They have been reprinted on numerous occasions and the values of the first editions in particular have steadily risen in the last decade.

Alison was born in Derbyshire on 17th December 1884. She was christened Alice Jane Taylor, adopting the name Alison upon publication of her first book. Alison spent her childhood living on her parent’s farm. Life here was happy and secure and allowed her to develop a love of the countryside around her. Until the age of 7 Alison was taught at home by her mother. She then went to Lea Board School at Holloway about 2 miles from her home.

She enjoyed her years at the school and in 1897 as a talented student she was awarded a scholarship to Lady Manners Grammar School in Bakewell. Here too her talent shone through and in July of 1903 she was awarded another scholarship, this time to Owen’s College at Manchester University. Interestingly, although she began making up stories at a young age, English was not a strong point at school and at University she read physics.

In the autumn of 1907, after obtaining her degree and deciding on a career in teaching Alison started a years course at the Lady’s Training College at Cambridge. It was here that she received tuition on the art of writing and developed a love of writing essays. Her teaching career progressed and she obtained a position in Fulham, south London. After just two years of teaching she was to become engaged to and later marry James Uttley.

After the first World War and now with a young child, John, the family settled at Downs House in Bowden, Cheshire. It was here that Alison began work on her first autobiographical book “The Country Child”. Having never expressed an interest in writing to her husband he was dismissive of this attempt.

Not to be discouraged Alison continued writing this time a story to her son in school entitled “The Squirrels, The Hare and a Little Grey Rabbit”. After showing the manuscript to a number of publishers it was accepted by Heinemann and published in 1929. For the publication the illustrator Margaret Tempest was called upon to create the drawings. This was the beginning of a long collaboration with her drawings becoming an integral part of the charm of the Little Grey Rabbit series.

Following the tragic death of her husband in 1930, Alison turned to writing with renewed zeal – if nothing else to help financially. Over the next decade she produced an astonishing array of books, ranging from the autobiographical work ‘The Country Child’ earlier rejected by her husband, through to fairy tales (Moonshine & Magic, Faber 1932) and of course many more books in the ‘Little Grey Rabbit’ series. 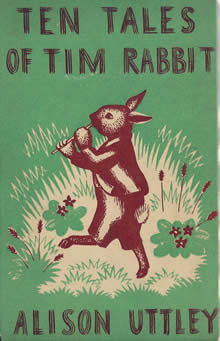 By the mid 1930’s she was really starting to enjoy success as an author and was asked by Faber to produce a successor to ‘The Country Child’. This gave birth to ‘Ambush of Young Days’ published in 1937. This like it’s predecessor benefited from the superb illustrations of C.F. Tunnicliffe. 1937 also saw the start of a new series about Tim Rabbit, illustrated at first by Alec Buckels but later books in the series were illustrated by A.E. Kennedy and Shirley Hughes.

1939 saw the start of the Sam Pig books – eventually leading to a total of 13 books. Throughout the 40’s she kept busy with the aforementioned series as well as doing work for the BBC having been asked to write about Hans Christian Andersen. 1950 saw Alison start work on the ‘Little Brown Mouse’ series followed in 1954 with the first title in the ‘Little Red Fox’ books.

Alison continued writing all through her later years keeping busy till her death in 1976 at the age of 91. During her long career she proved herself a very talented author, able to alternate between children’s fiction and adult books easily. She also was able to work with some of the great illustrators of the century – their illustrations able to bring to life her characters and settings in every title.

Her books remain very collectable, especially the ‘Little Grey Rabbit’ titles and also the many books illustrated by Tunnicliffe. However, all her work including her many essays, are both enjoyable reading and a desirable addition to any book collectors shelves. 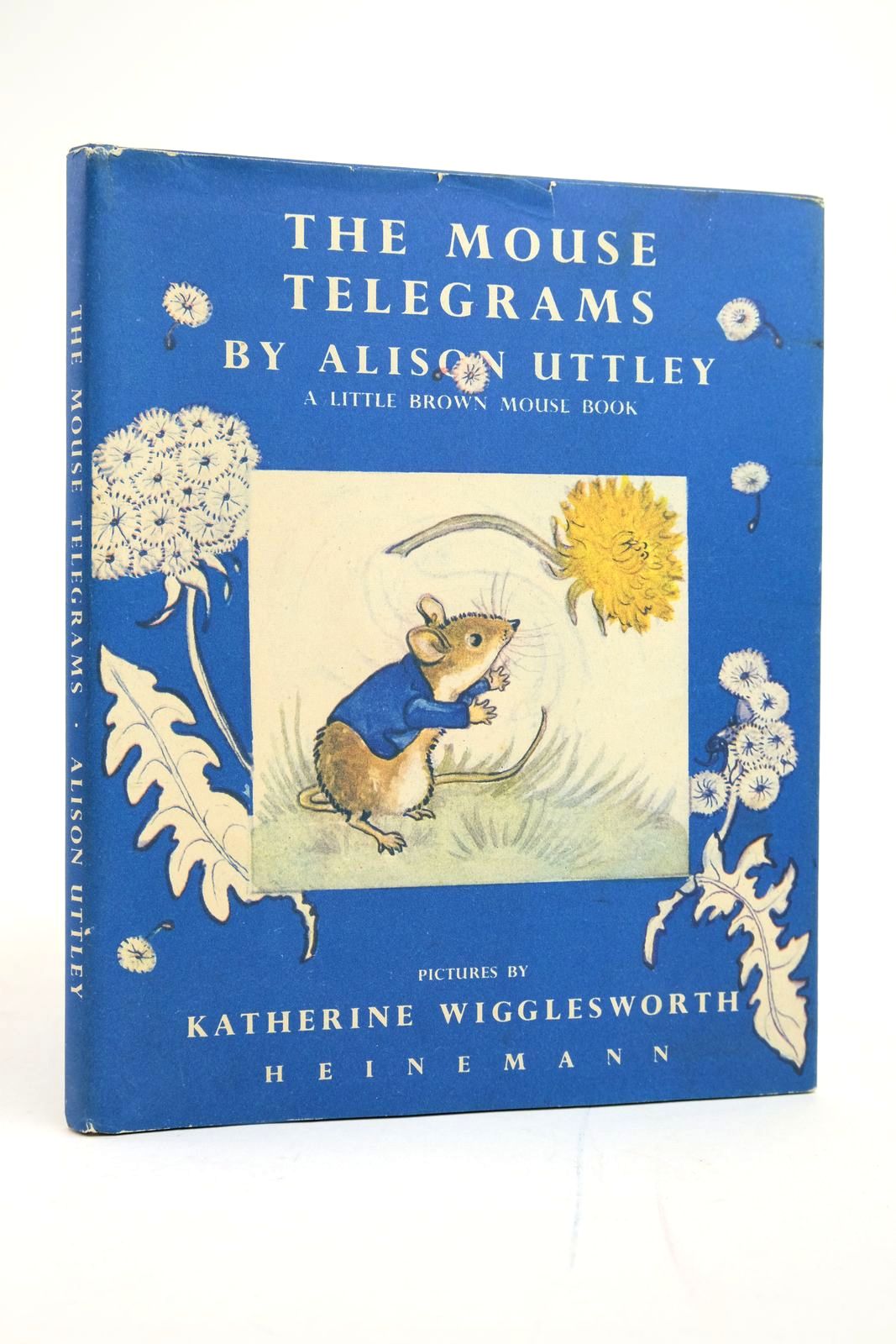 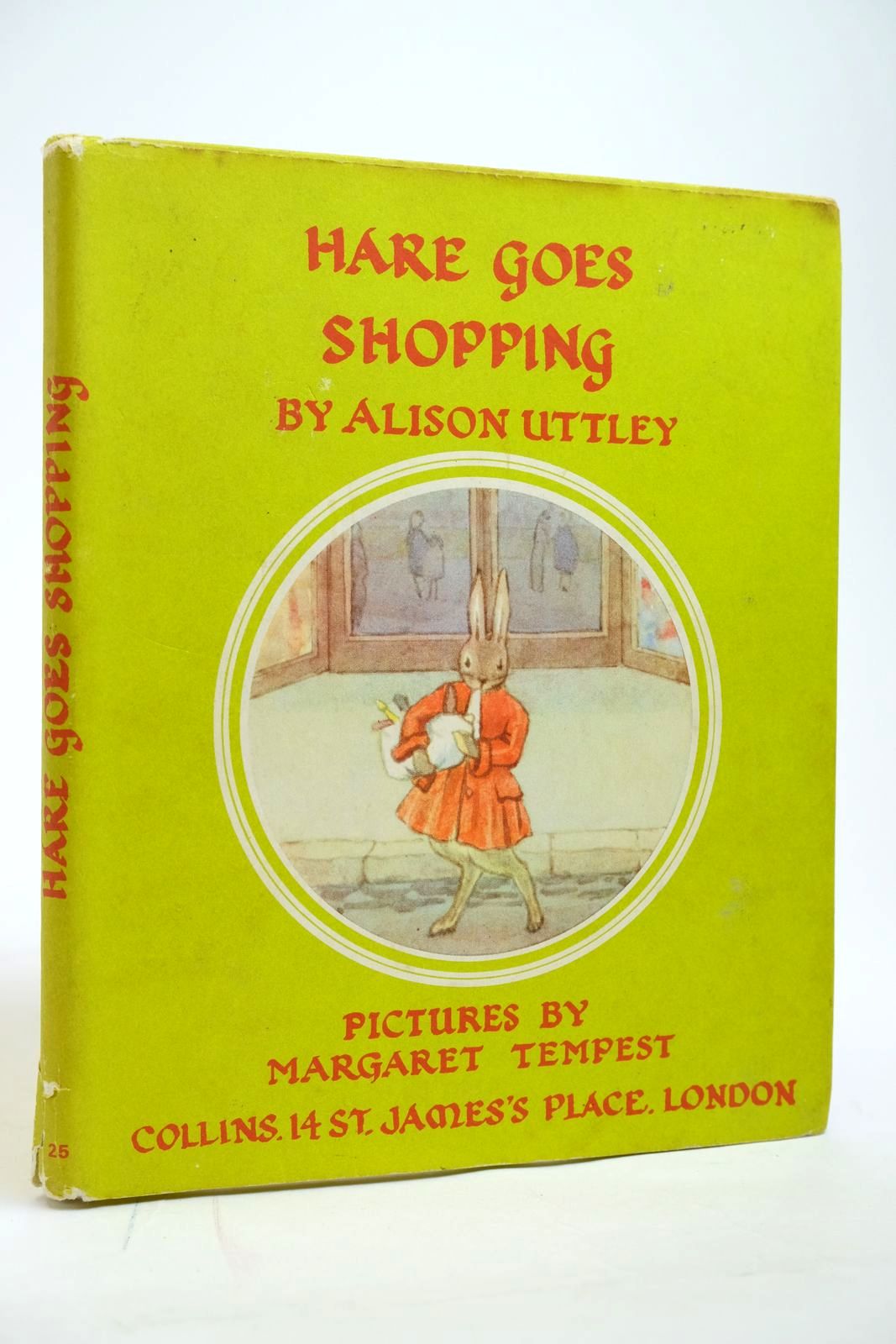 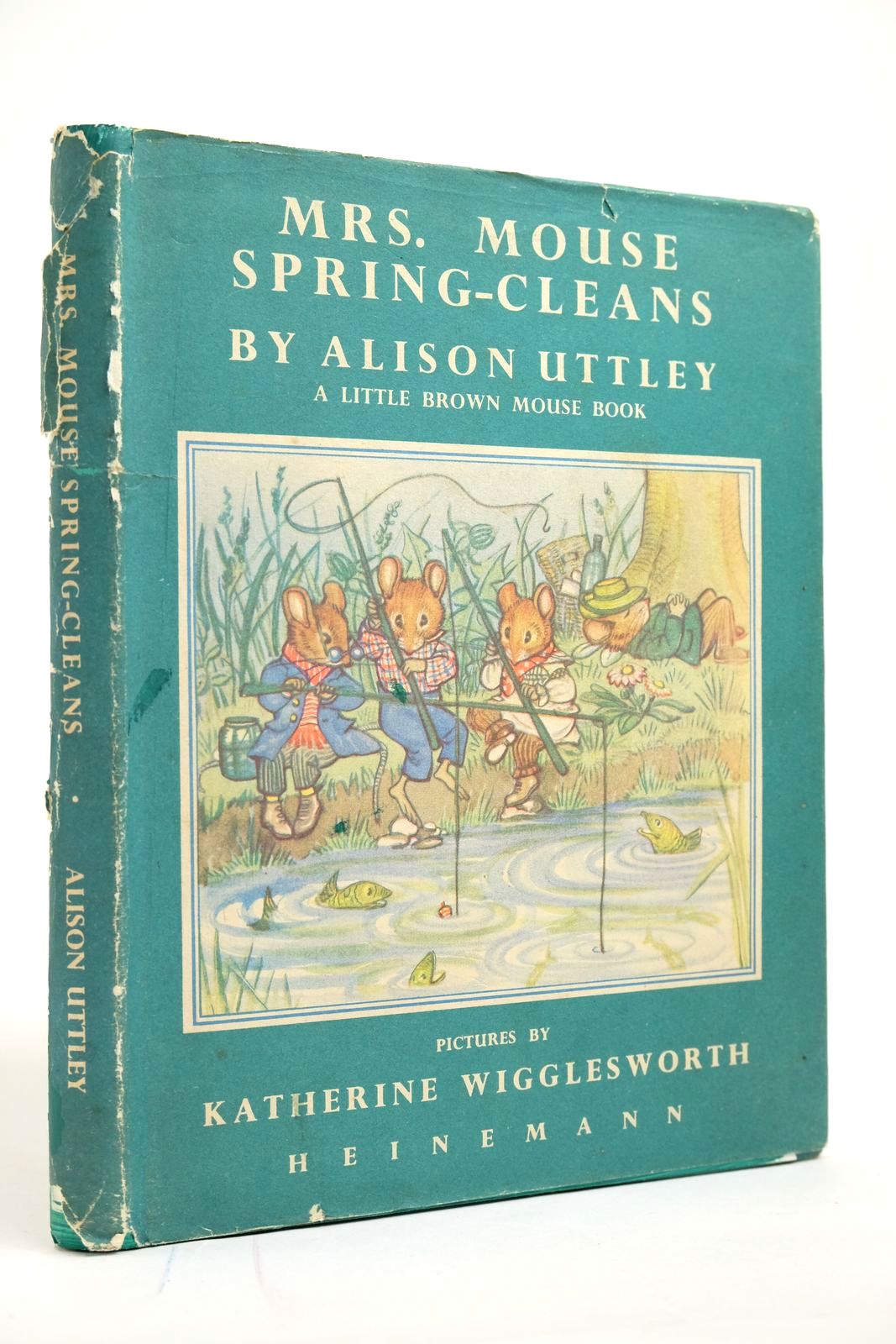 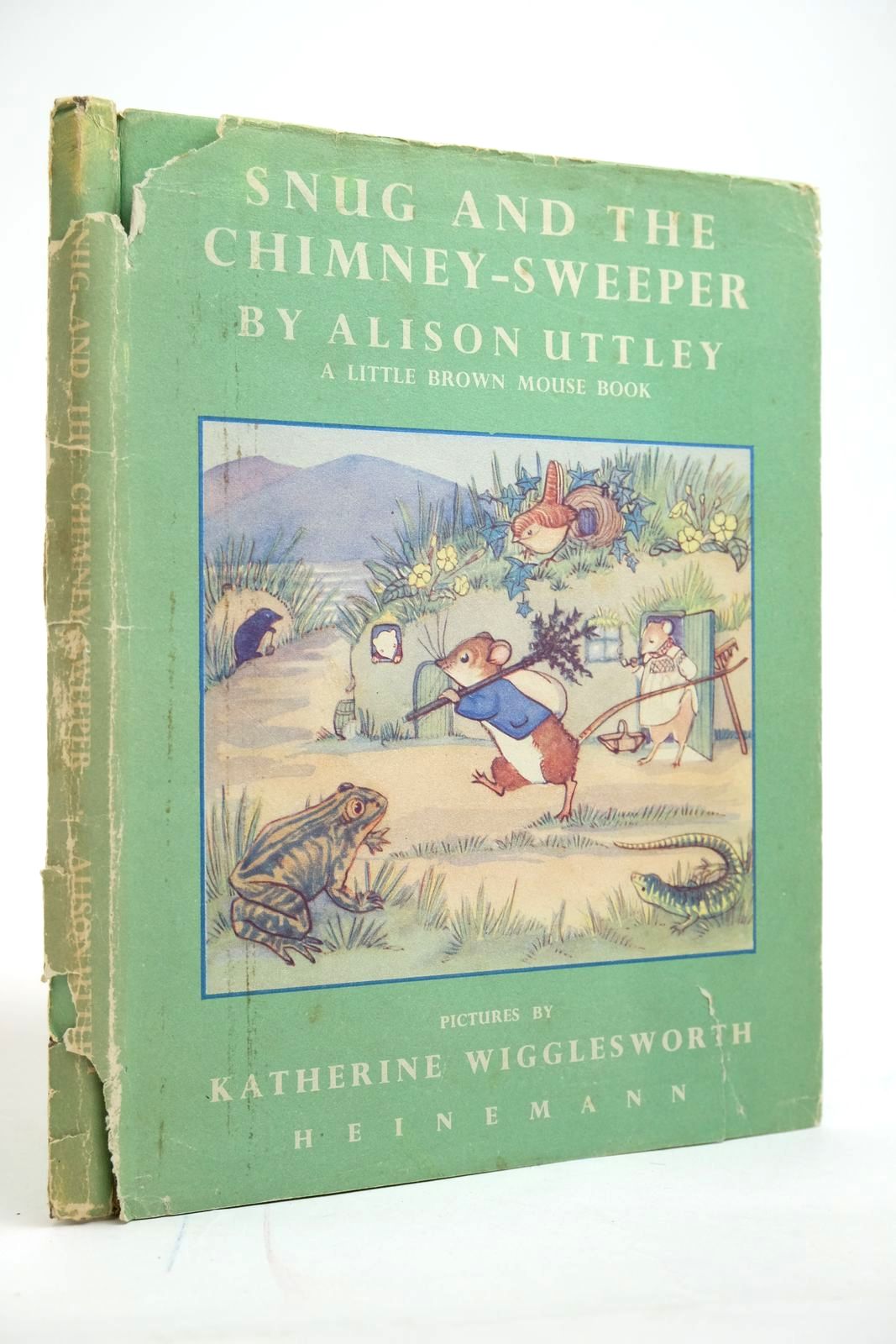 SNUG AND THE CHIMNEY-SWEEPER
Written by Alison Uttley. Illustrated by Katherine Wigglesworth. Stock no 2135095. Published by Heinemann. 1st. 1953. 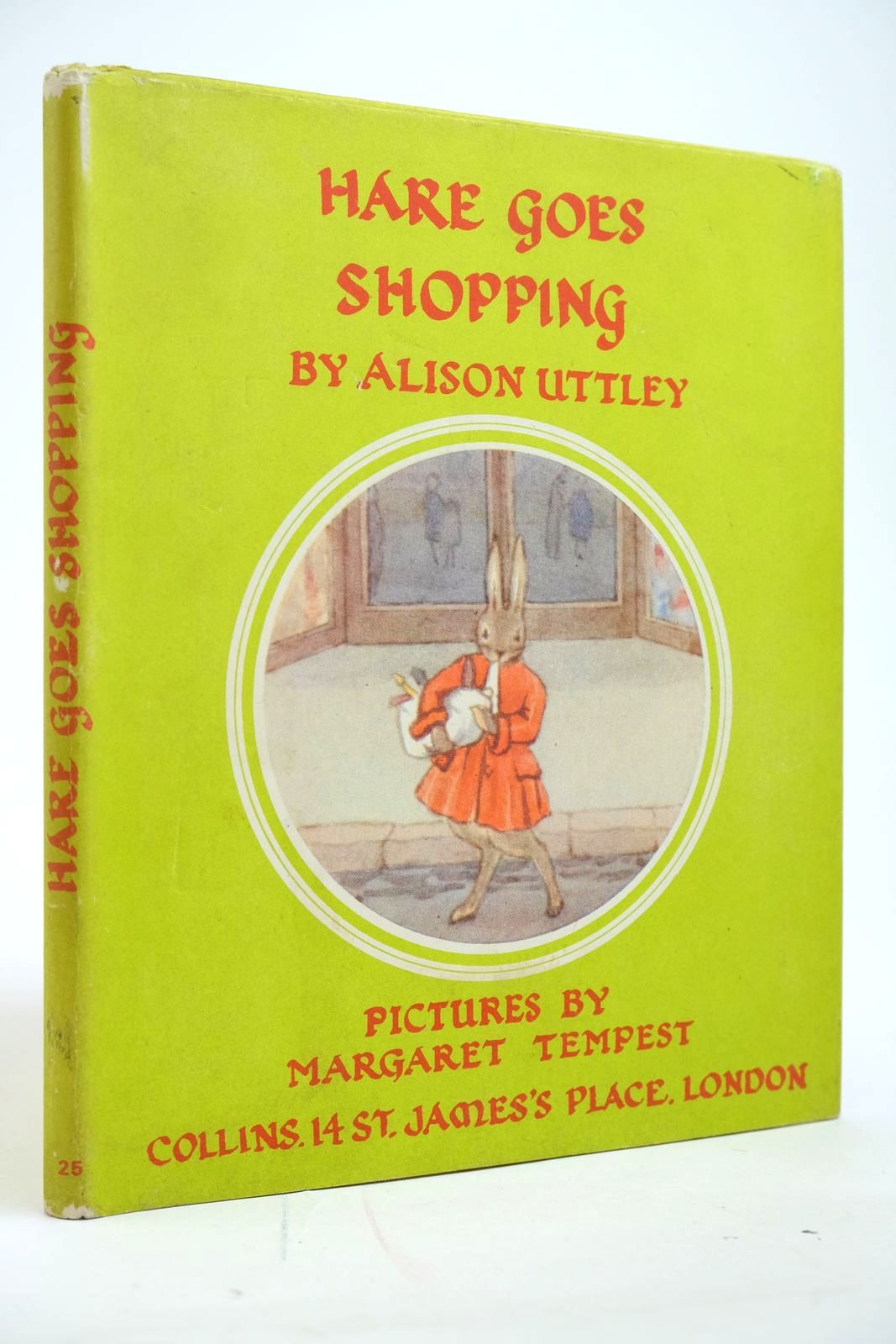 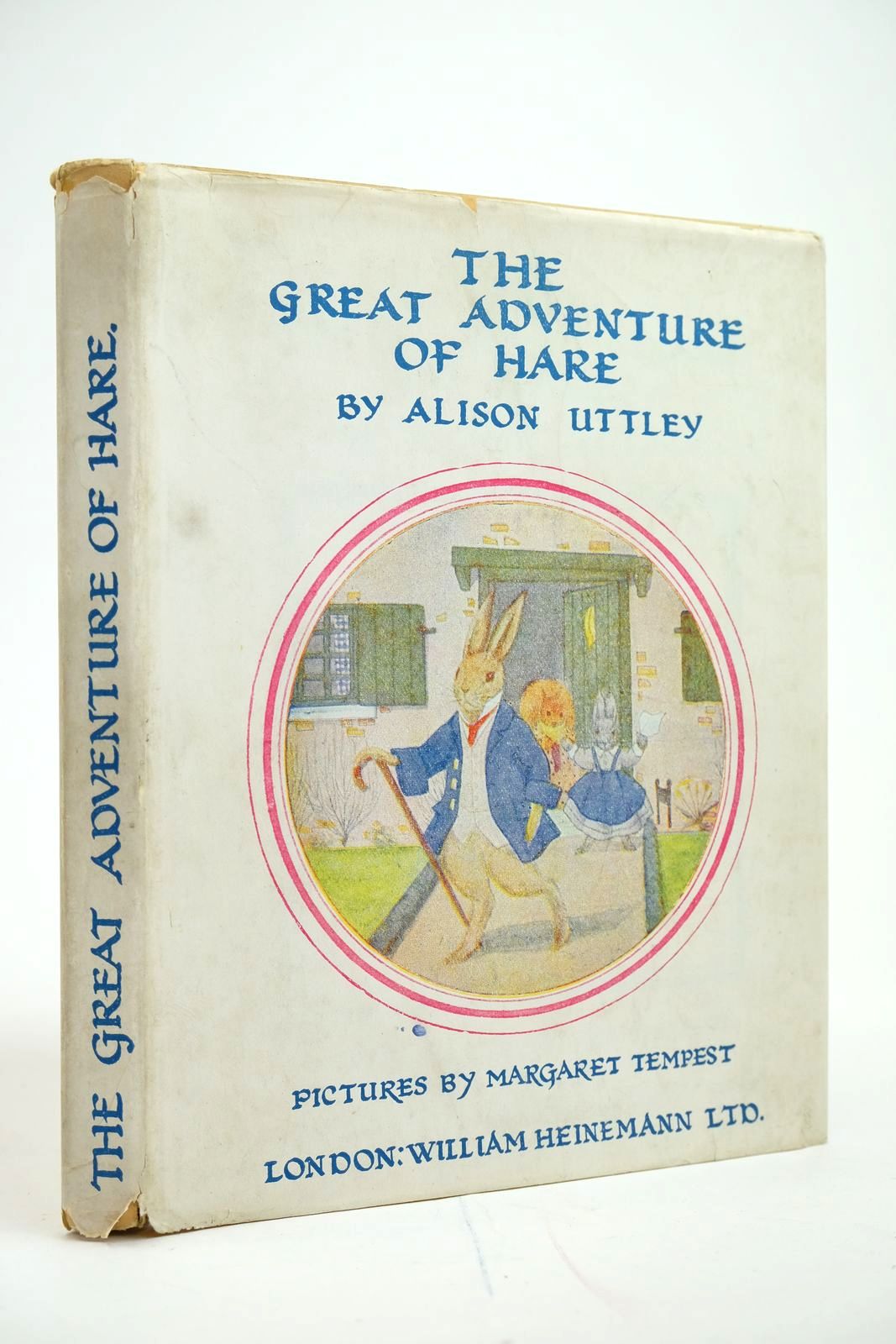 THE GREAT ADVENTURE OF HARE
Written by Alison Uttley. Illustrated by Margaret Tempest. Stock no 2135093. Published by William Heinemann Ltd.. 1952. 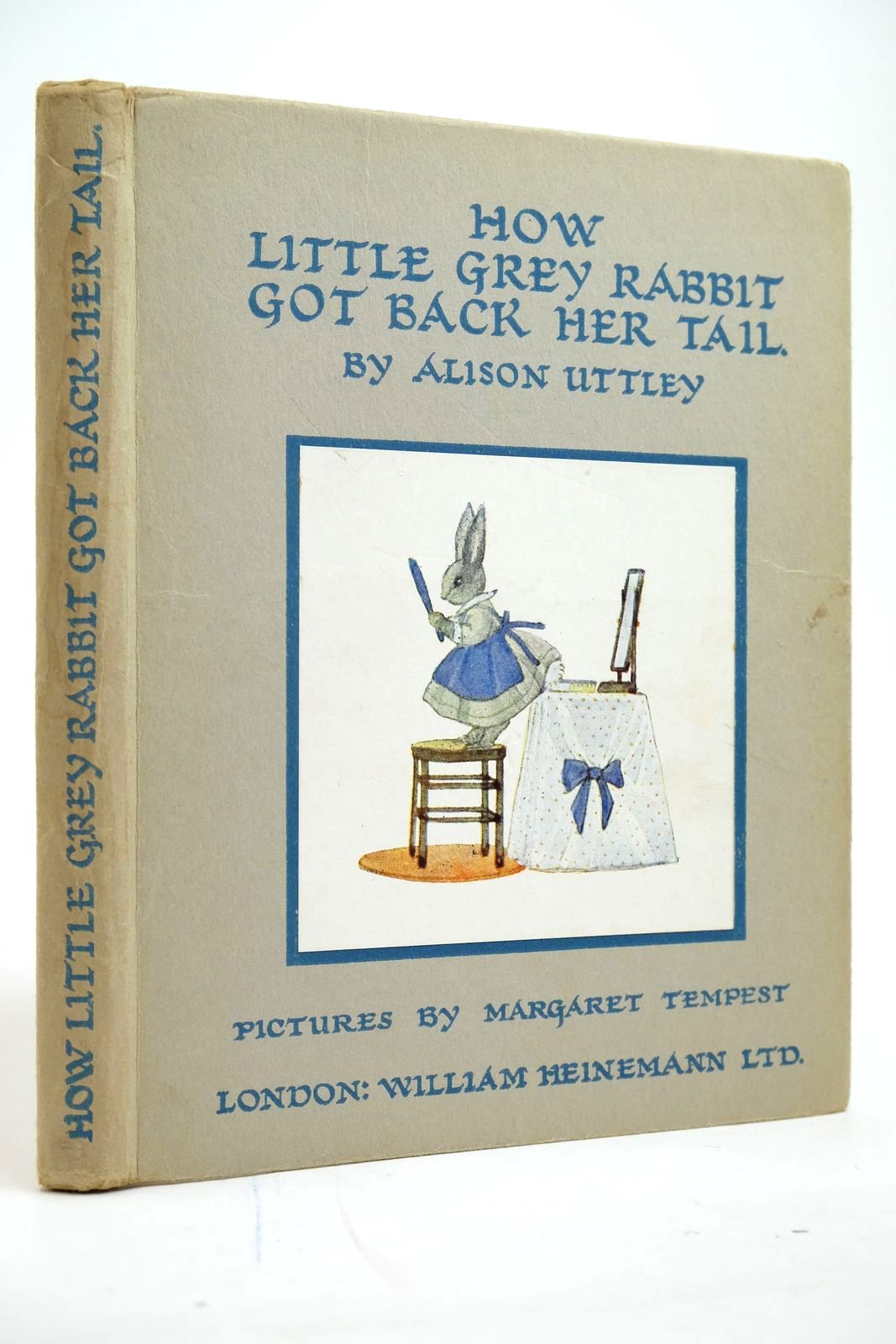 HOW LITTLE GREY RABBIT GOT BACK HER TAIL
Written by Alison Uttley. Illustrated by Margaret Tempest. Stock no 2135092. Published by William Heinemann Ltd.. 1940. 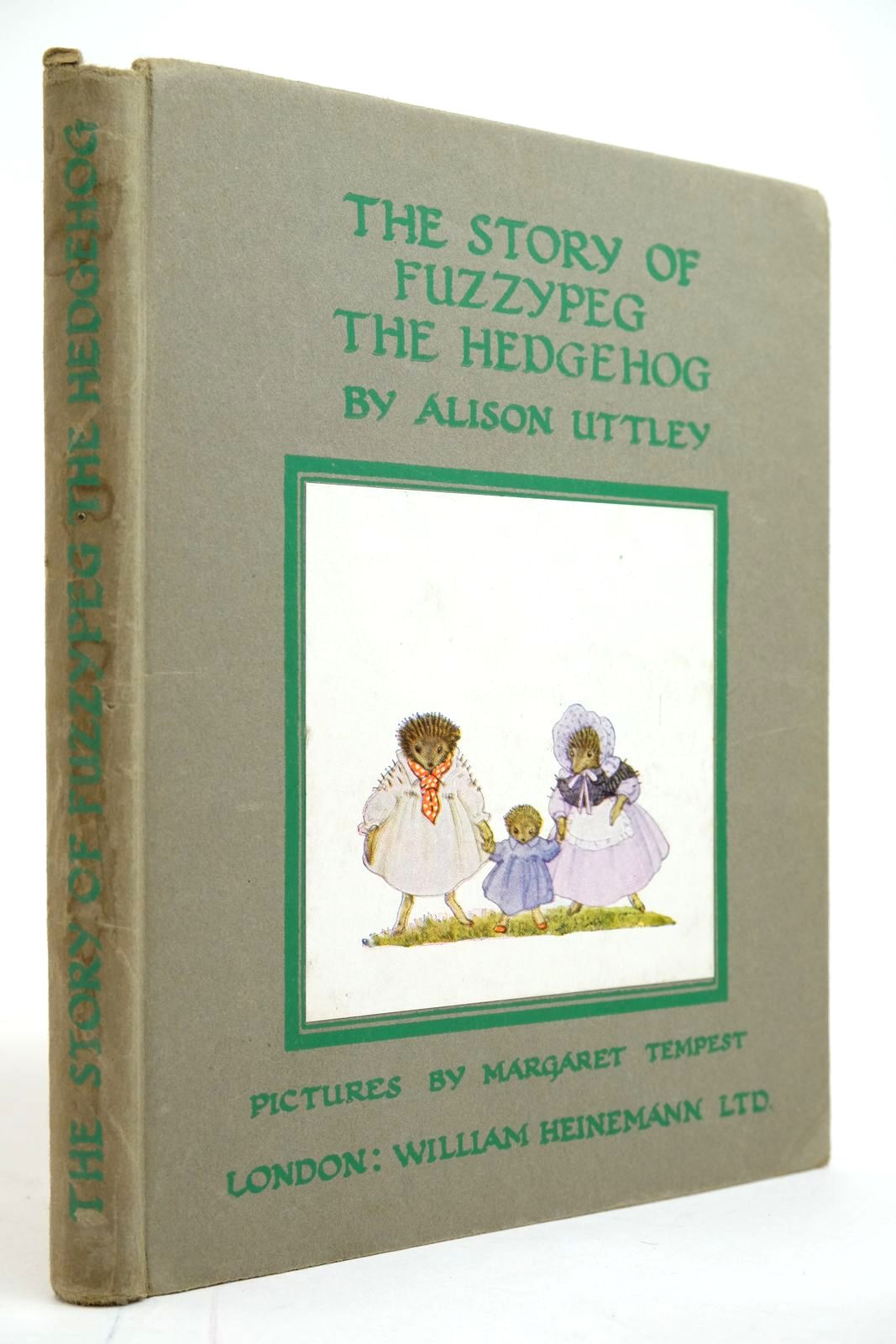 THE STORY OF FUZZYPEG THE HEDGEHOG
Written by Alison Uttley. Illustrated by Margaret Tempest. Stock no 2135091. Published by William Heinemann Ltd.. 1941. 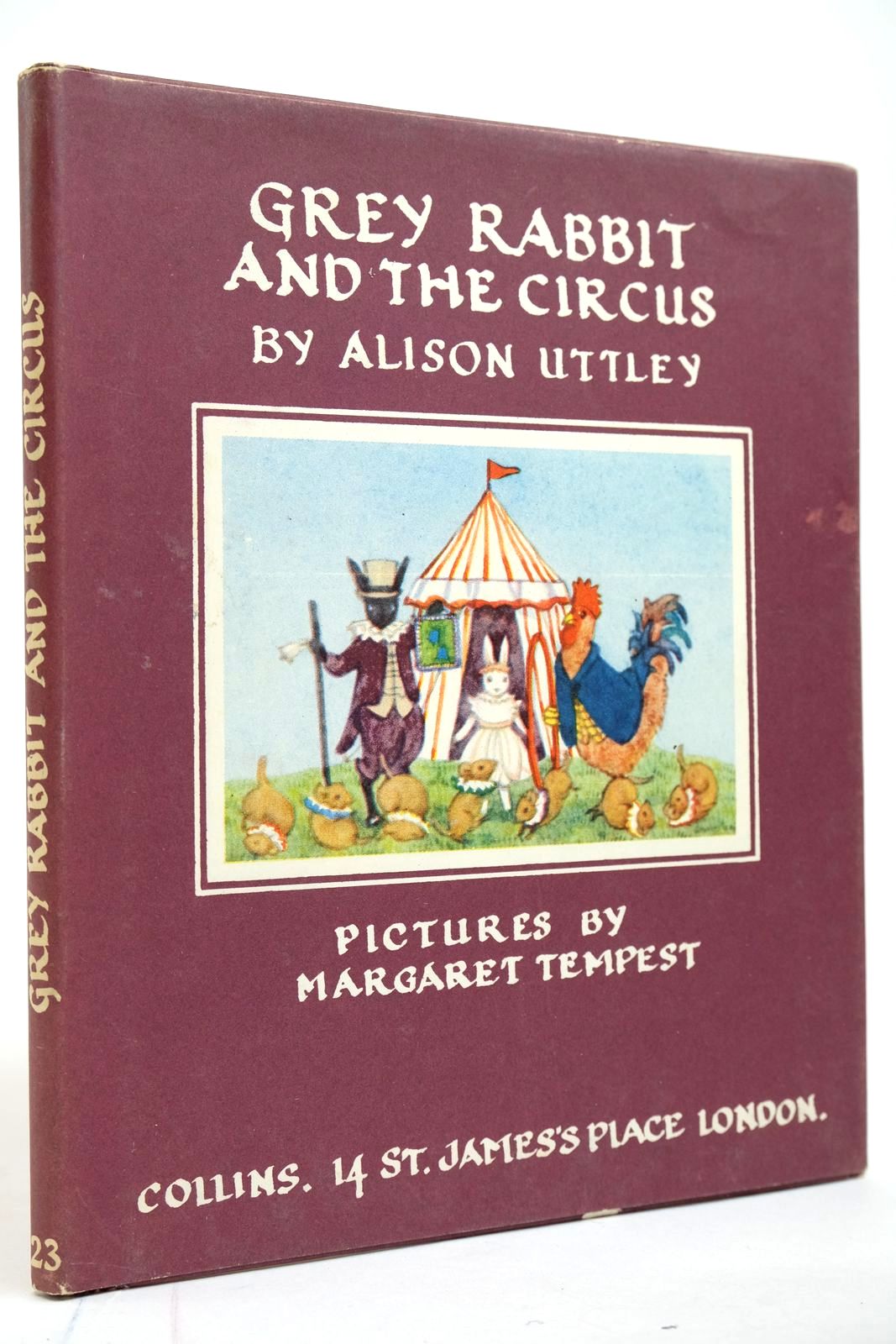 GREY RABBIT AND THE CIRCUS
Written by Alison Uttley. Illustrated by Margaret Tempest. Stock no 2135090. Published by Collins. 1st. 1961. 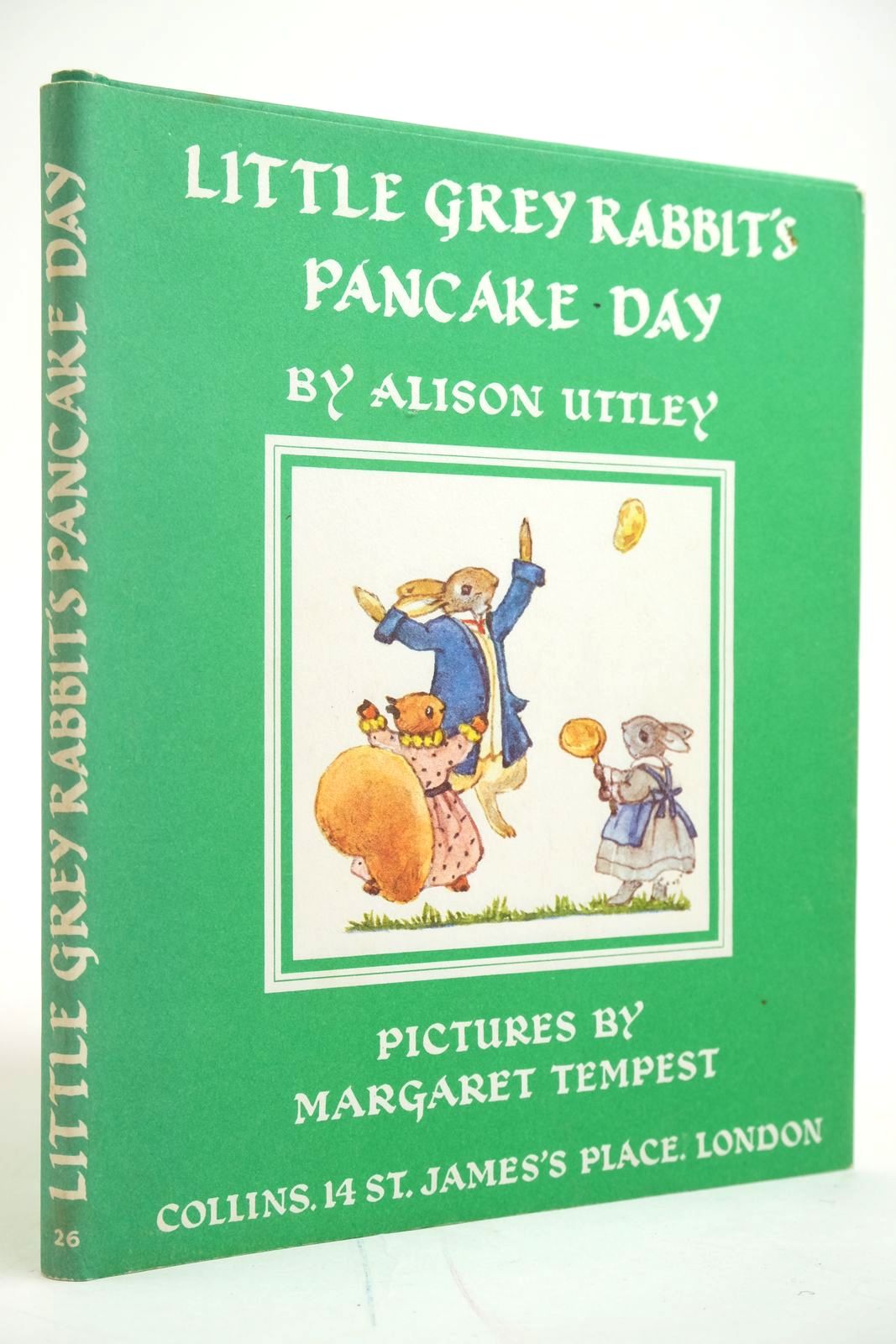 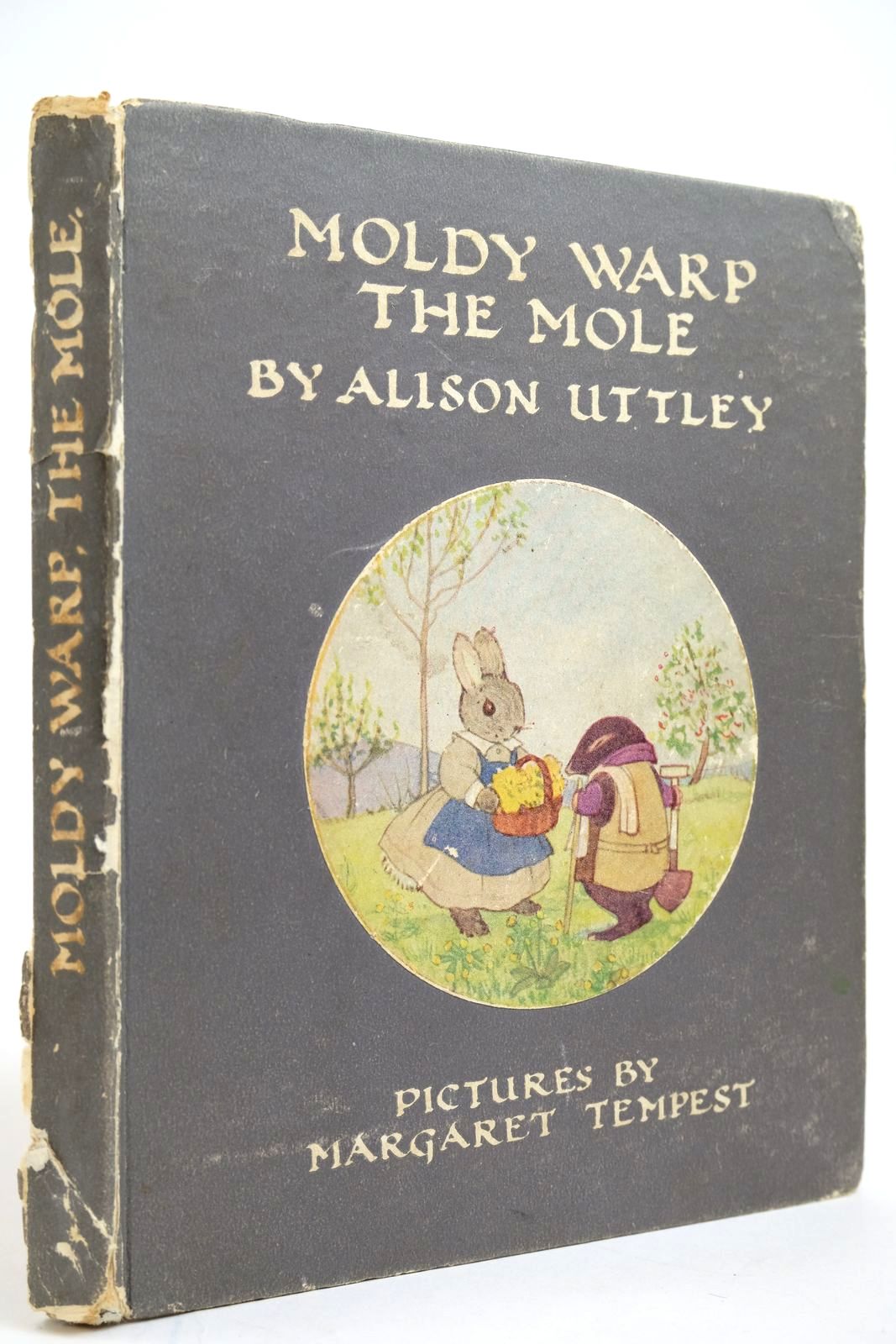 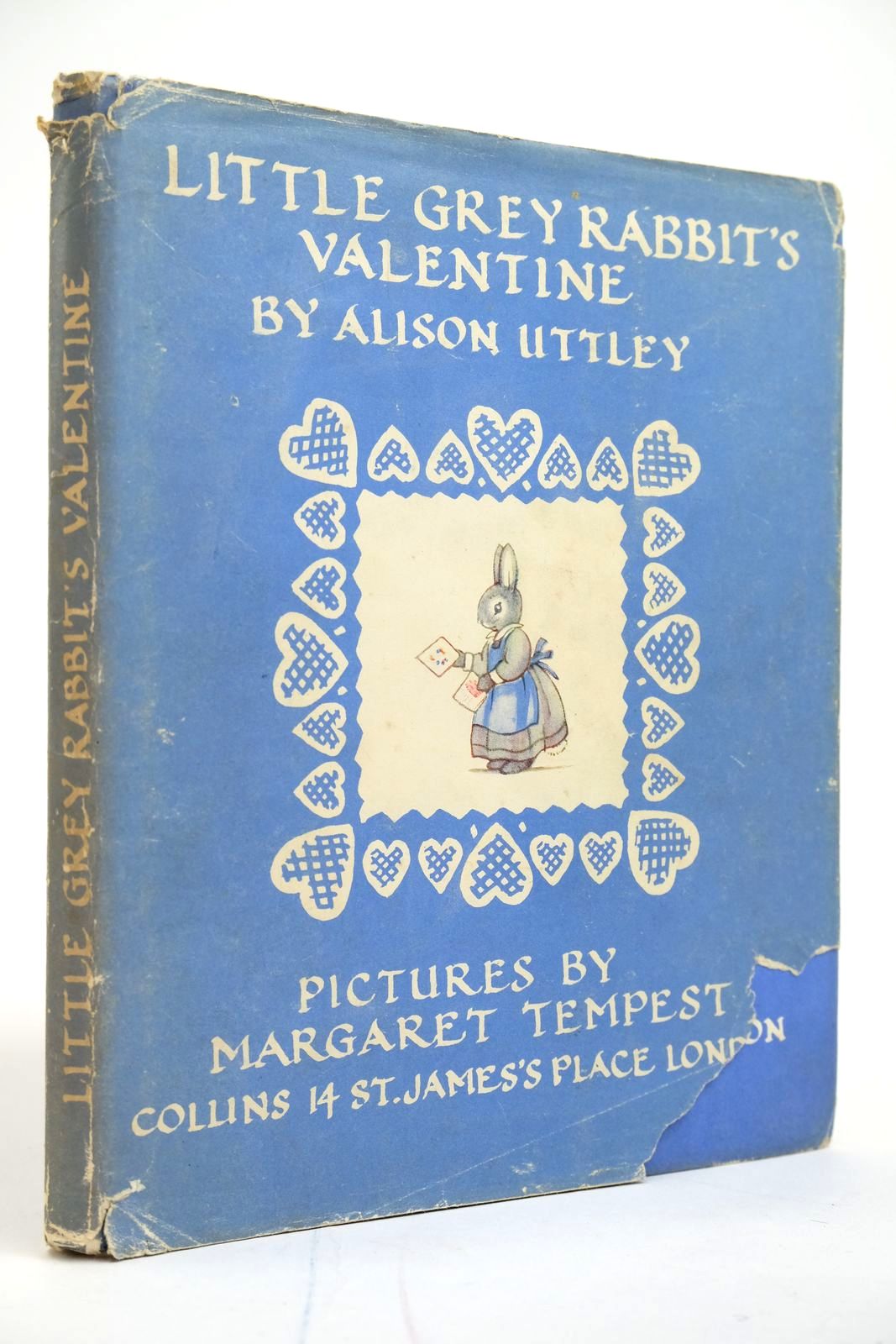