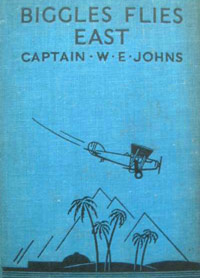 Why collect the books of W.E. Johns? This is the question I find myself asking again after seven years of collecting. With the last of the main run of books being published in 1970 it is definitely not that I read them as a child and they bring back happy memories as I am not that old! Maybe it is fond memories of the 1985 Biggles film as I would have been at an age to be influenced by these things. Most certainly it is because I came to work in a bookshop, however I worked for Stella Books for three years before I started collecting.

What I do remember vividly is being drawn in by the design on the covers of some of the 1930s Biggles books, in particular the blue covers showing a bi-plane flying over palm trees and pyramids. My thinking at the time was "I want to read some of these books that I keep selling every day; stop 'wasting' money on paperback books and buy something which I will be able to resell, hopefully for at least what I paid for it".

So I started collecting any Biggles book with this design, however, within six months I had them all in my collection and had read them all - so now what? I had really enjoyed reading the books and wanted more... so where next? I then thought, "I want to read all of the books so I may as well do it 'properly' and collect first editions and where possible first editions with dustwrappers". So my collection grew and grew - but of course I got impatient as some titles were hard to find in first edition format so any edition would do just so that I could read the book. 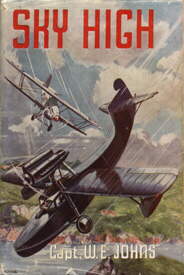 As time went by, I was slowly reading all of the books and I realized that I would have to start spending more money just to be able to get any copy of a title to read. One particular book I remember is Biggles and the Blue Moon - at the time I was very happy to acquire an ex-library hardback copy for just under £50. I came to realize that I may never be able to afford a copy of every Biggles Book - with books like Biggles and the Deep Blue Sea,Biggles Does Some Homework, and Biggles Air Ace just unavailable for less than £100 - but then I got lucky as Norman Wright started to publish limited editions of these books, and I managed to acquire them as new
books.

By this time I was starting to get addicted to receiving parcels - the anticipation and waiting for the parcel becomes as much a pleasure as actually reading the books! Having by now read all of the Biggles books I could afford to purchase, I started on Johns's Space series, as well as the Gimlet and Steeley books. I reasoned that the Worrals books were for Girls and therefore not for me - however it was only a few months later and Worrals were on the reading list as well!

During this period something changed in my collecting habits as I started to pick up copies of books I already had. My earlypyramid edition books were no longer good enough for my collection, I had to have first editions (without their wrappers as you rarely find these pre second world war books with dustwrappers, and if they do turn up they are definitely out of my price range). I then started to admire the different wrapper designs of the Children Book Club editions so these were added to the collection, and so on.

After five years of reading nearly all of W.E. Johns's books, I started to find the stories a little formulaic. So, time to read something different. I have now added collections of Billy Bunter, Just William and a few George Rochester books. However Johns has remained a collecting habit and the occasional book continues to be added to my collection. There are a few holes in my collection, for instance, a Children's Book Club edition of Biggles Presses On. Although not an expensive book I have found it hard to find a copy which I would be happy to put in my collection, mainly because, as time as gone by, I have become more fussy over condition. I am also on the look out for a few of the Canadian editions of the Biggles Books, but I am happy to wait for the correct copy to come along.

The future? I have thought about going to the the next stage of collecting which would be to upgrade the books and dustwrappers for all the W.E. Johns books I already own, but for now this is not for me. Therefore maybe it is time to sell and move on to collecting something different but having invested seven years into the collection and with each book having its own tale to tell, it would be like parting with a friend, well a few hundred friends! 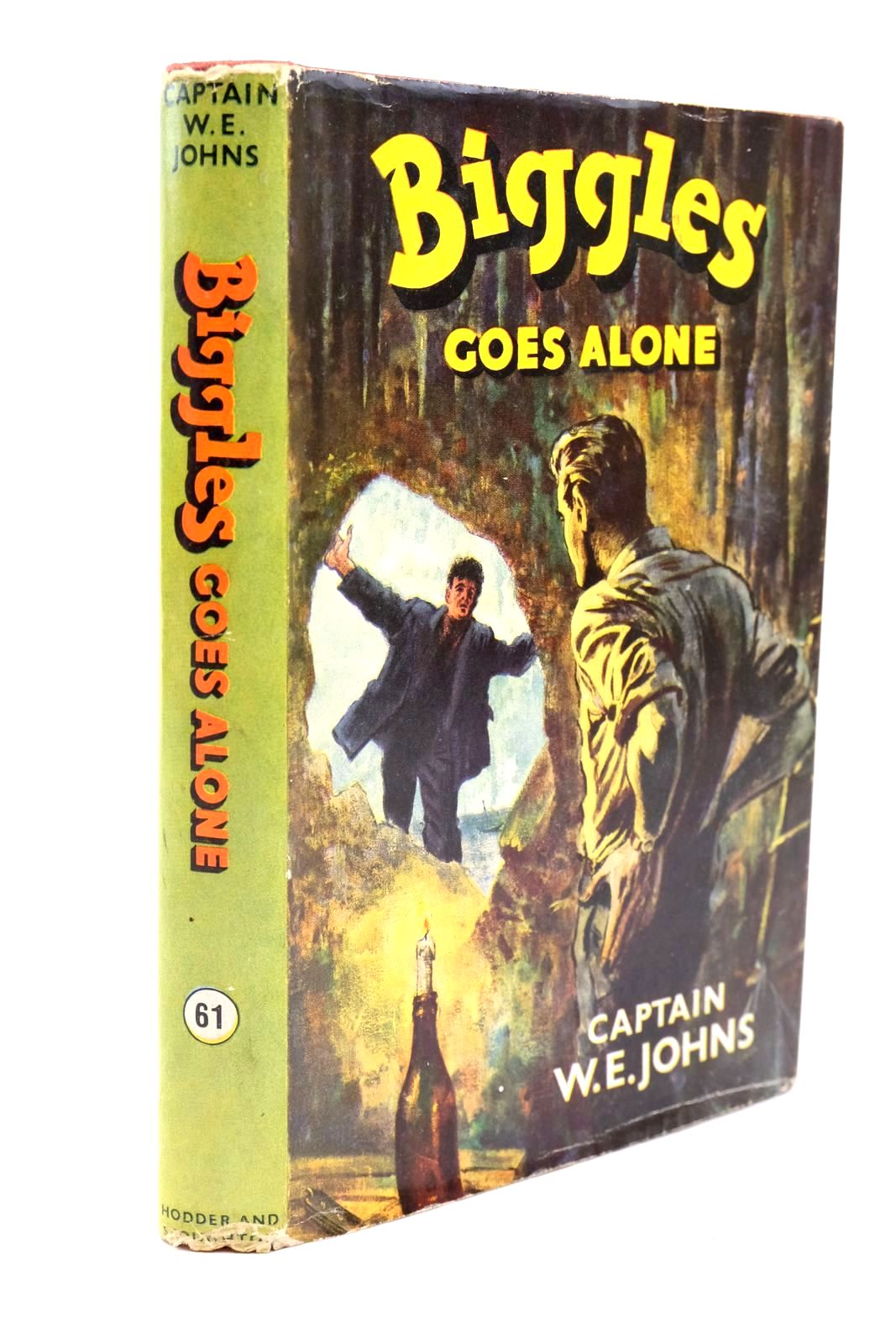 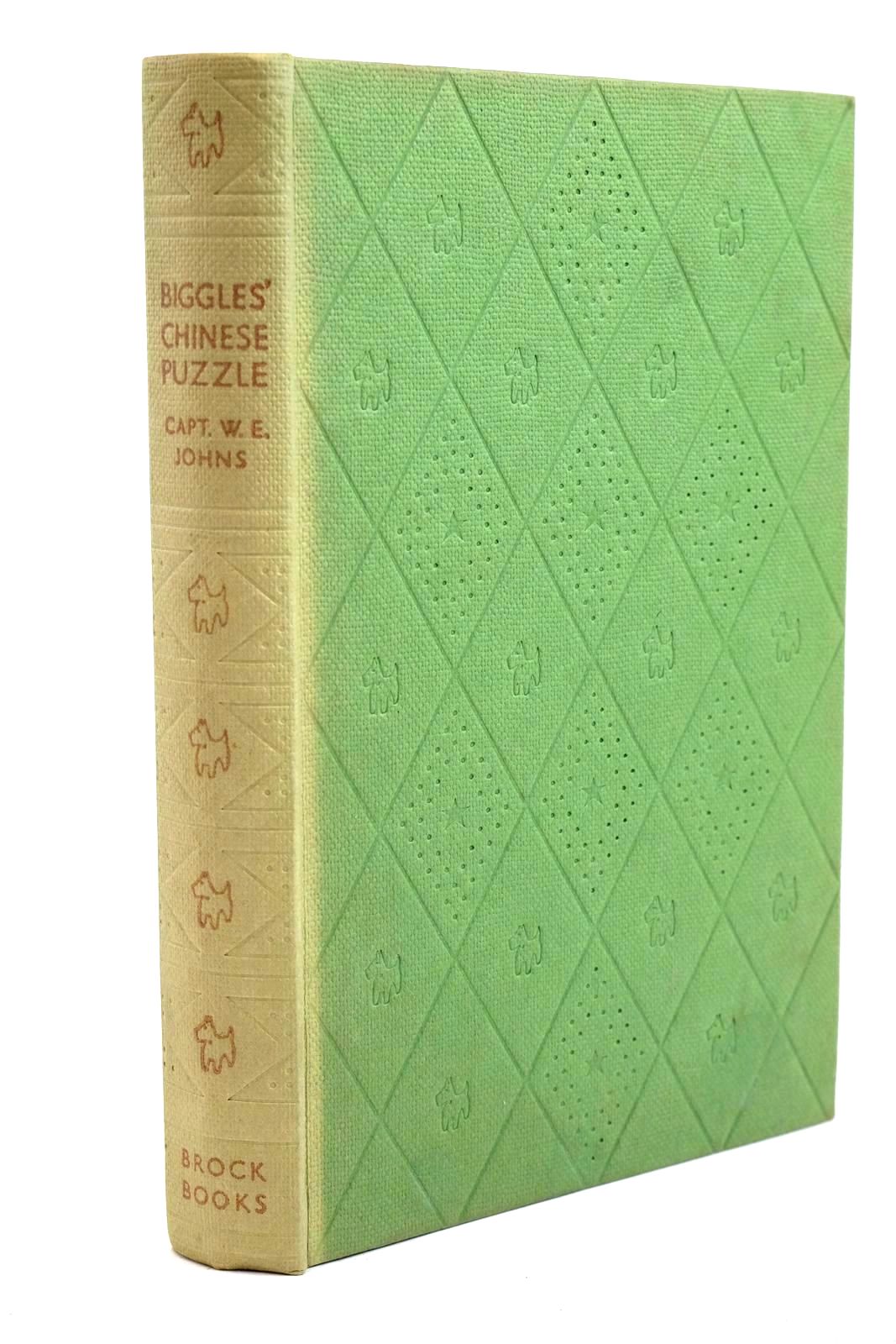 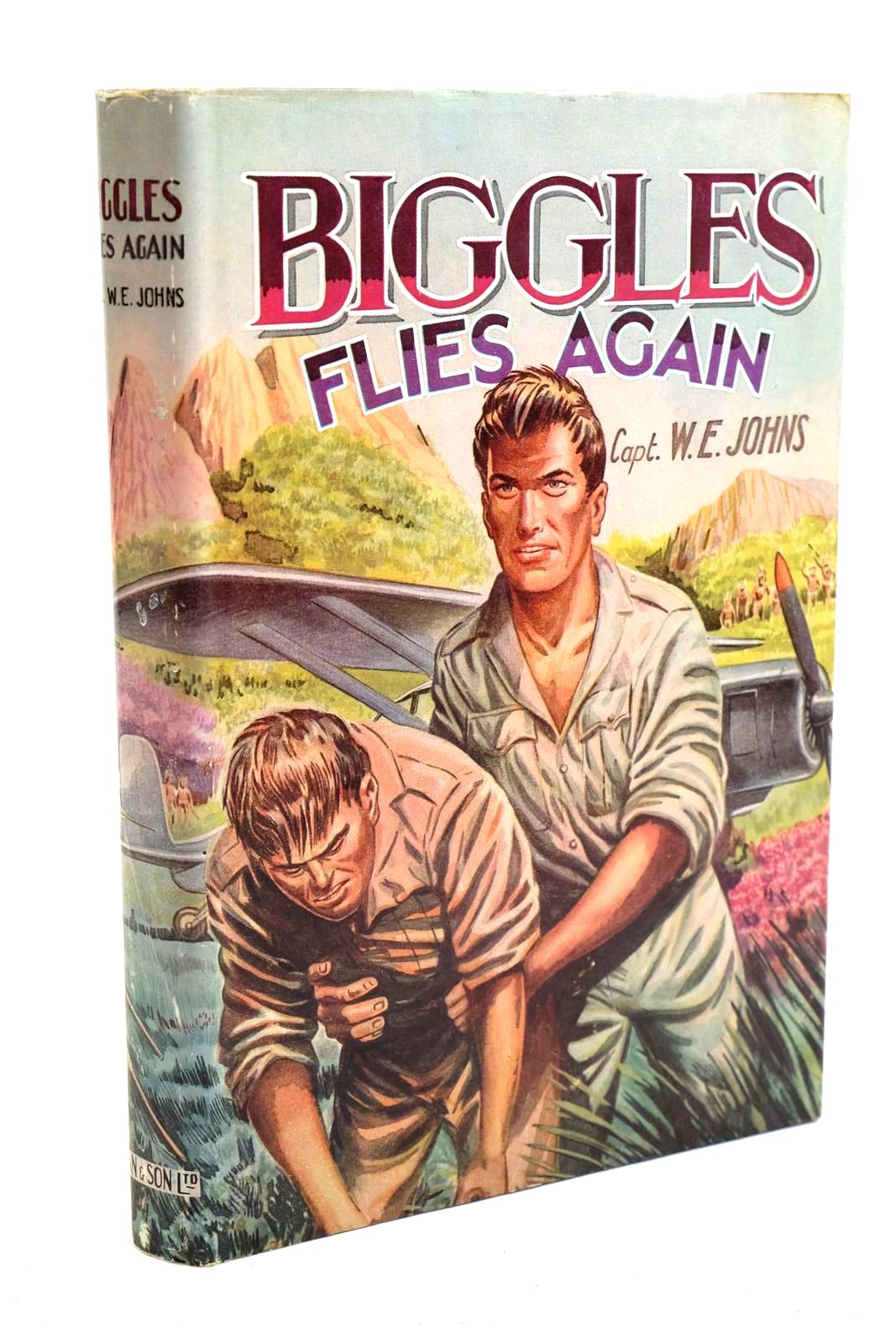 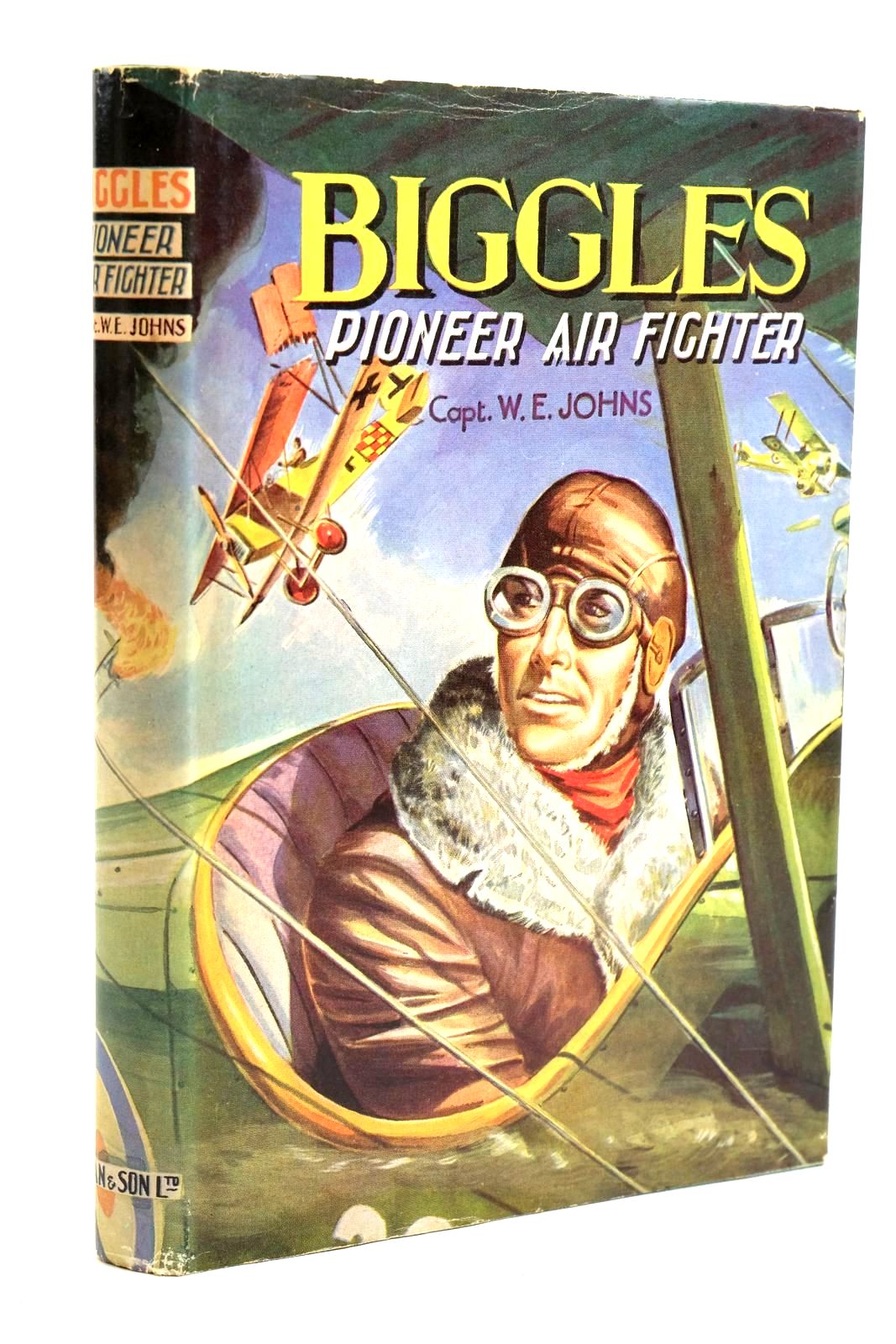 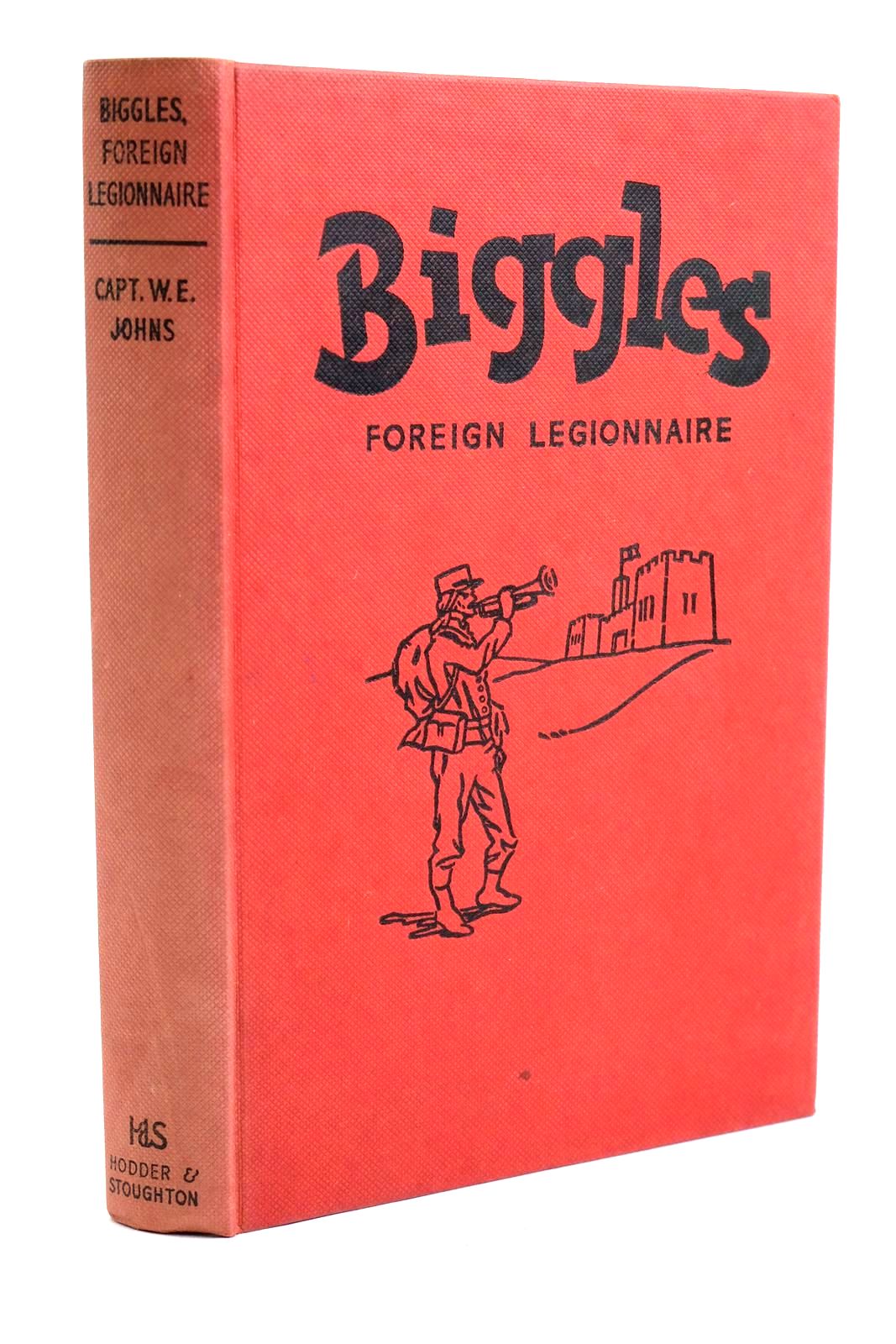 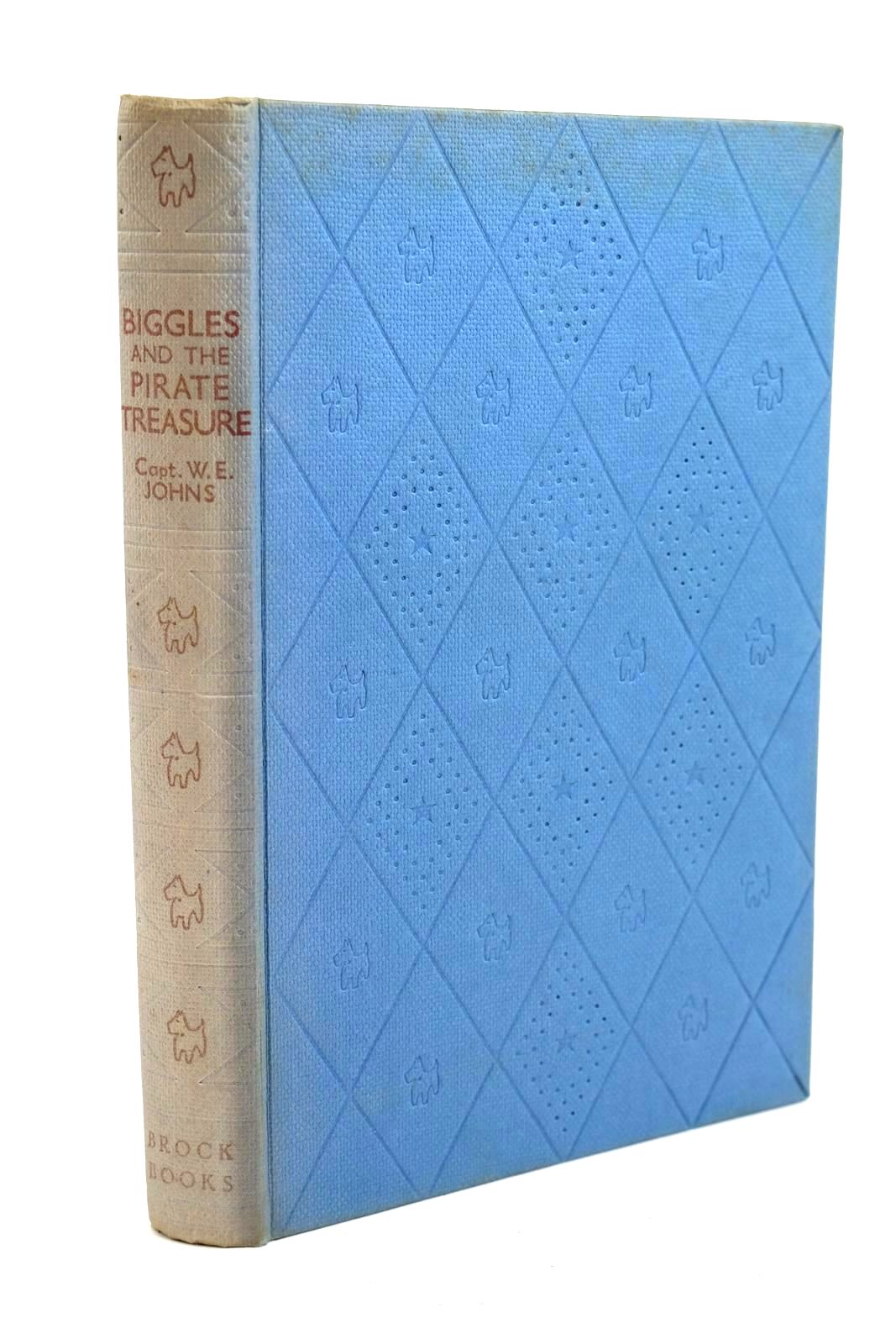 BIGGLES AND THE PIRATE TREASURE
Written by W.E. Johns. Illustrated by Leslie Stead. Stock no 1320694. Published by Brockhampton Press. 1st. 1954. 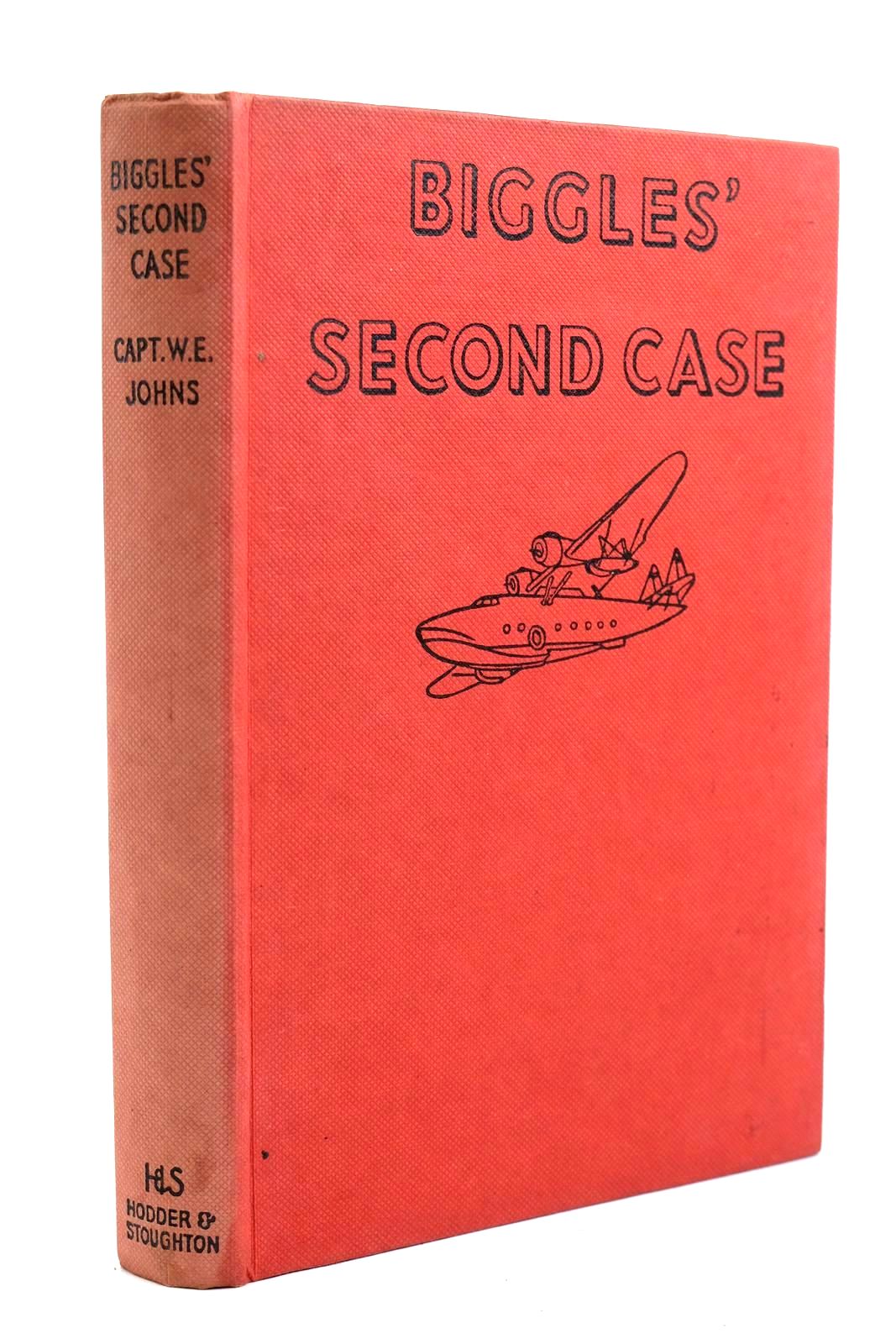 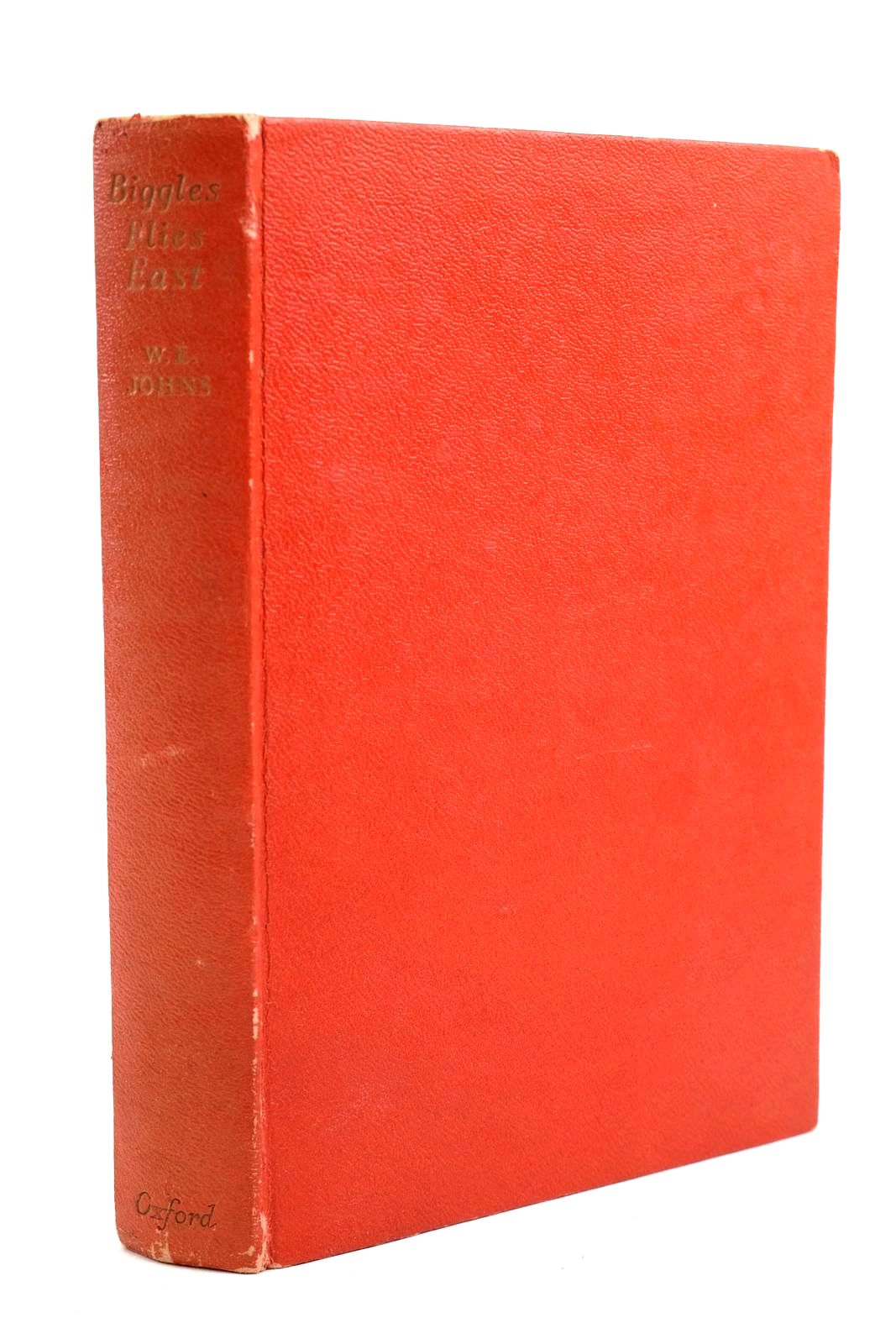 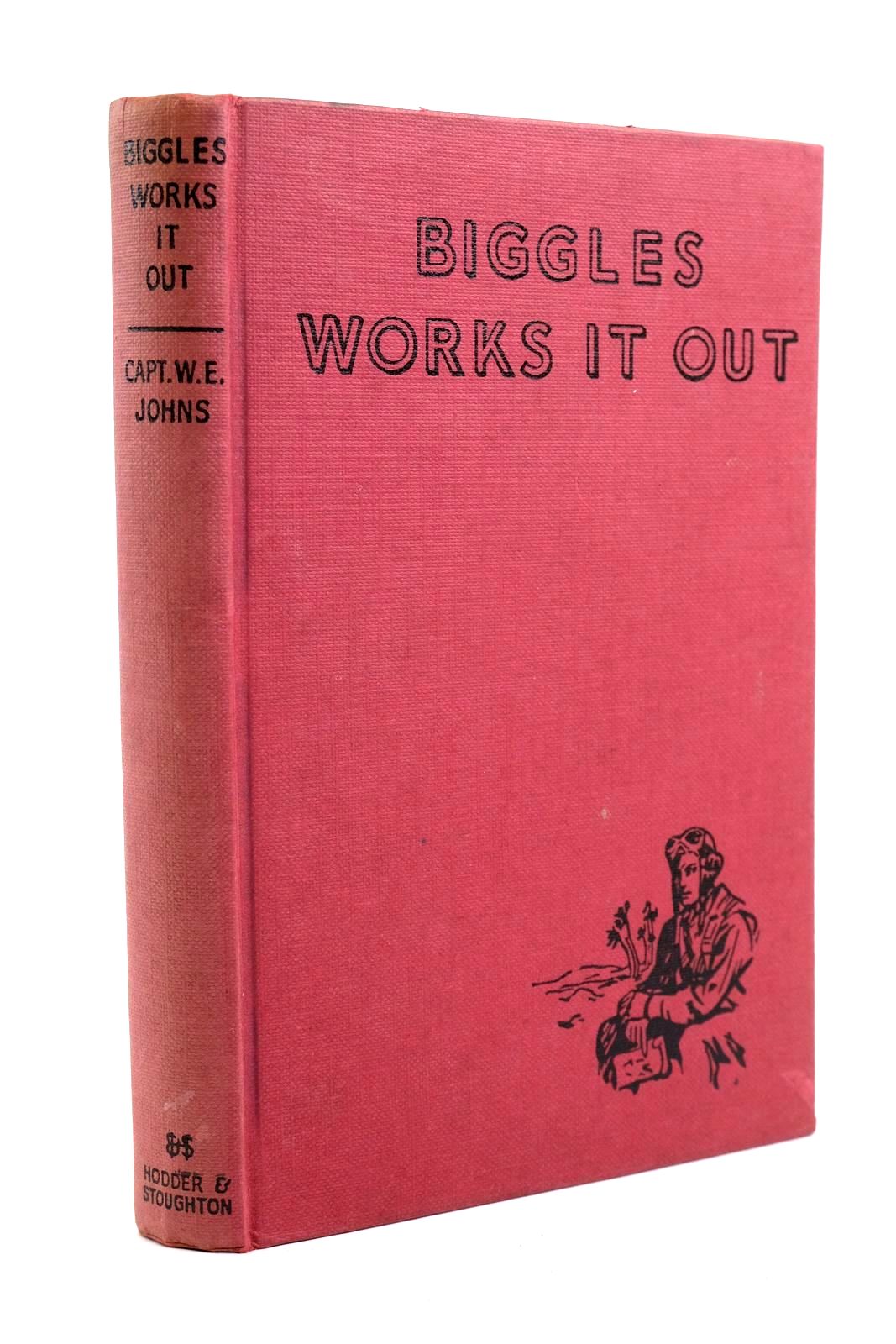 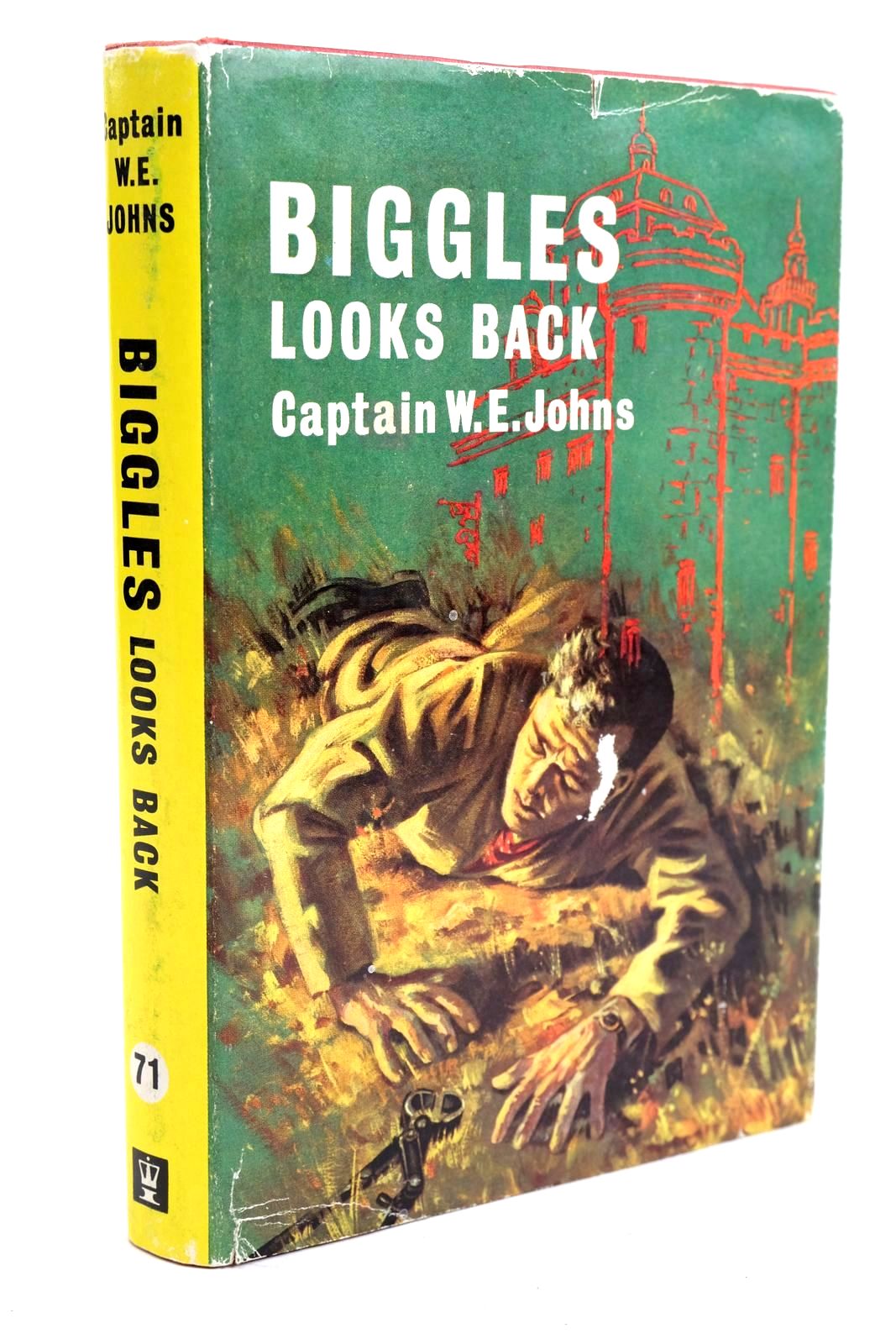 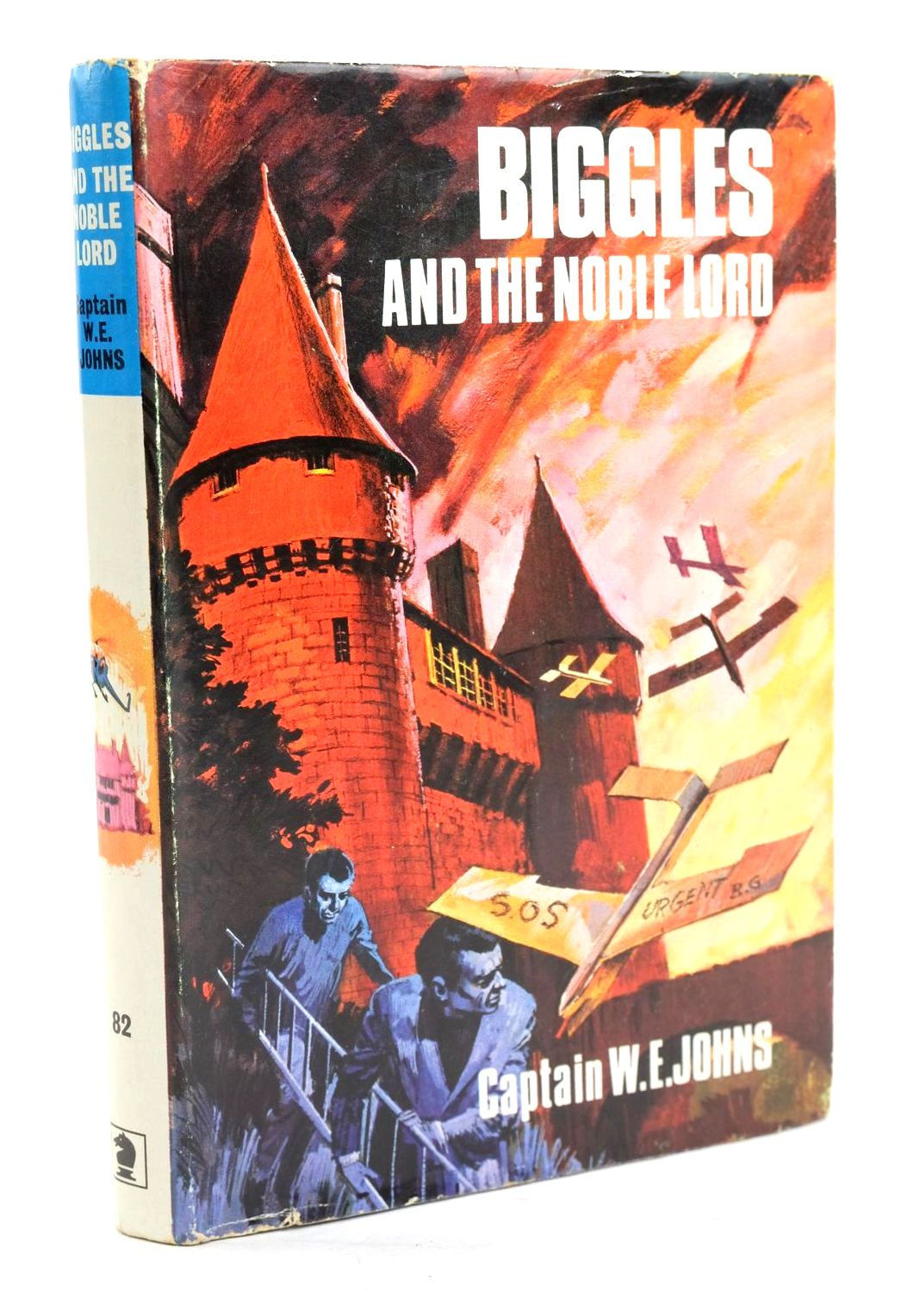 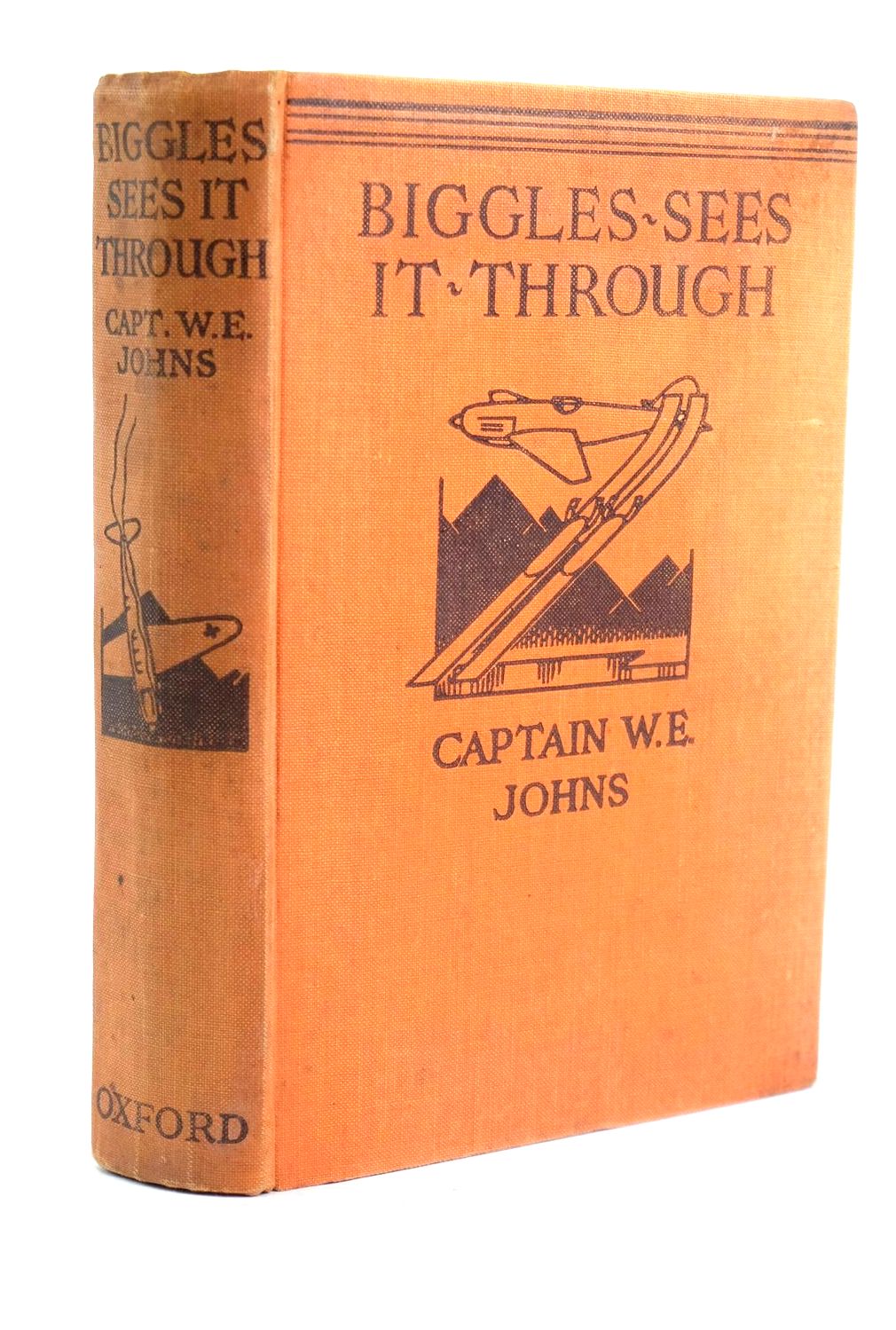