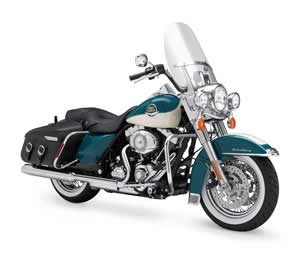 It's a warm summer day, the air is filled with the smell of tarmac and freshly cut grass: a low rumble in the distance grows louder as a vehicle approaches. There is no mistaking that distinctive exhaust note - it's a Harley Davidson. Everyone is going to turn to look at it because, whether they are in awe of this great machine, or simply view it as a menace disturbing the peace, there is certainly no denying its presence! 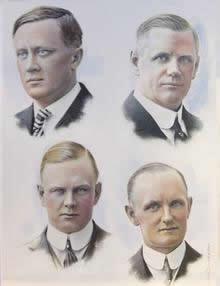 In 1901, a 21 year old William S. Harley drew up plans for a small engine with a displacement of 7.07 cubic inches (116 cc) and four-inch (102 mm) flywheels. The engine was designed for use in a regular pedal-bicycle frame. Over the next two years, Harley and his childhood friend Arthur Davidson labored on their motor-bicycle using the northside Milwaukee machine shop at the home of their friend, Henry Melk. It was finished in 1903 with the help of Arthur's brother, Walter Davidson. Upon completion, the boys found their power-cycle unable to conquer even Milwaukee's most modest hills without pedal assistance. Will Harley and the Davidsons quickly wrote off their first motor-bicycle as a valuable learning experiment.

Little did the friends know that these humble beginnings tinkering with the motor-bicycle in the 10 x 15 foot shed in the backyard of the Davidson family home, would mark the birth of what today is an iconic company that has truly become a household name the world over. The company keeps active through clubs, events, and its own museum. Licensing of its brand and logo accounted for $40 million (0.8 %) of the company's net revenue in 2010.

To return to the story, after the learning curve of Mark 1, work immediately began on a new and improved second-generation machine. This first "real" Harley-Davidson motorcycle had a bigger engine of 24.74 cubic inches (405 cc) with 9.75 inches (25 cm) flywheels weighing 28 lb (13 kg). The machine's advanced loop-frame pattern was similar to the 1903 Milwaukee Merkel motorcycle (designed by Joseph Merkel, later of Flying Merkel fame). The bigger engine and loop-frame design took it out of the motorized-bicycle category and would help define what a modern motorcycle should contain in the years to come. The boys also received help with their bigger engine from outboard motor pioneer Ole Evinrude who was then building gas engines of his own design for automotive use on Milwaukee's Lake Street. 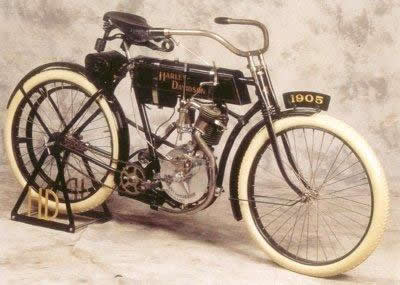 In 1904 the 'company' made two motorcycles, by 1905 this became 16 and in 1908 about two dozen employees were producing in excess of 400 machines in the tiny factory. 1915 saw the company begin its 'archive collection' of motorcycles - a permanent growing exhibit that can be seen today at the Juneau Avenue site and includes one model from every year of production.

After a move to a larger brick factory on nearby Juneau Avenue, (having outgrown the famous shed!), production steadily increased year on year with one third of all Harley-Davidsons produced in 1917 being sold to the U.S. Military. By 1918, this had grown to more than 50 percent. At the end of World War I, it was estimated that more than 20,000 motorcycles were used in the war effort and that the majority of those were Harley-Davidsons. 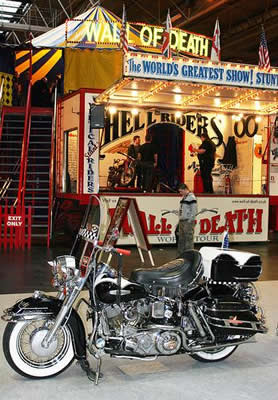 Another lucrative union for the company was their relationship with local and state police agencies. By 1930 over three thousand agencies were using Harley-Davidsons and with the introduction of the three wheeled 'Servi-Car' a couple of years later the Harley-Davidson became synonymous with small town everyday life in the USA from being used by small businesses for their deliveries and rural mail collections to traffic control and enforcing parking restrictions!

Board track, or 'motordrome', racing became popular in the United States between the second and third decades of the 20th century, where motorcycle competition was conducted on oval race courses with surfaces composed of slick oil soaked wooden planks. These tracks were extremely hazardous to the riders who were racing at speeds in excess of 100mph. Harley-Davidson's new 'racing department' rose swiftly to the challenge of making the fastest motorcycle, entering the racing scene in 1914 at a time when Indian Motorcycles dominated races winning 90% of events. Within two years Harley-Davidson was winning the most prestigious races. The Harley 'go fast' group would include 6-8 of their finest riders and a team of mechanics and a racing manager. This tight-knit group of men would utilize team strategies and signals, with the fastest bike being given to one rider - the aptly named 'Designated Hitter' - who would not finish the race, but would simply speed his machine to destruction setting a pace that would be impossible for his competition to rival. His teammates would then take up their assigned victory roles with each member receiving information on the position and fuel status of the others through an elaborate signaling system!

Derived directly from this motorcycle boardtrack (motordrome) racing in the early 1900s, the very first carnival motordrome appeared at Coney Island amusement park, New York, in 1911. The following year portable tracks began to appear at traveling carnivals and in 1915, the first "silodromes" with perpendicular walls were seen as a carnival sideshow. Featuring a drum or barrel-shaped wooden cylinder, ranging from 20 to 36-feet in diameter, in which stunt motorcyclists ride and carry out tricks, these motordromes with perfectly straight walls were soon dubbed the 'Wall of Death'.

Harley Davidsons can be seen to this day scaling 'The Wall of Death' and it is one of my ambitions to one day have a go myself!(Another, to add to the list along with driving my Renault 5, Claude, on the El Camina de la Muerte, or 'The Road of Death – is there a theme emerging here by any chance!!?) I was lucky enough to see the 'Demon Drome' team perform at The Festival of 1000 Bikes at Mallory Park racing track back in 2007 and this was a truly breathtaking experience that only served to strengthen my resolve that one day 'that will be me!'.

An article couldn't be written about Harley Davidsons such a short distance from the Severn Bridge without mentioning the annual "Hoggin' the Bridge" event. Hoggin' the Bridge was born in the year 2000, through a request by one of the Bridgwater chapter members who was involved with the Spencer Dayman Trust who were holding a sponsored walk which would finish on the Severn Bridge. He asked for a few Harleys to escort the walkers across the finish line .This seemed like a good idea but then started to grow into 'How many Harleys can we get on this Bridge?' The rest, as they say, is history, as the 2011 event saw Chepstow play host to more than 3000 motorcycles and raised in excess of £17,500 for the charity Meningitis UK.

So, love them or hate them, Harley Davidsons are certainly here to stay. Maybe next year you might like to visit Chepstow on 21st October and experience for yourself the excitement of anticipation that a low rumble announcing the imminent arrival of 3000 bikes in a small border town induces and how, magically, for just one day a year, everyone loves a Harley! 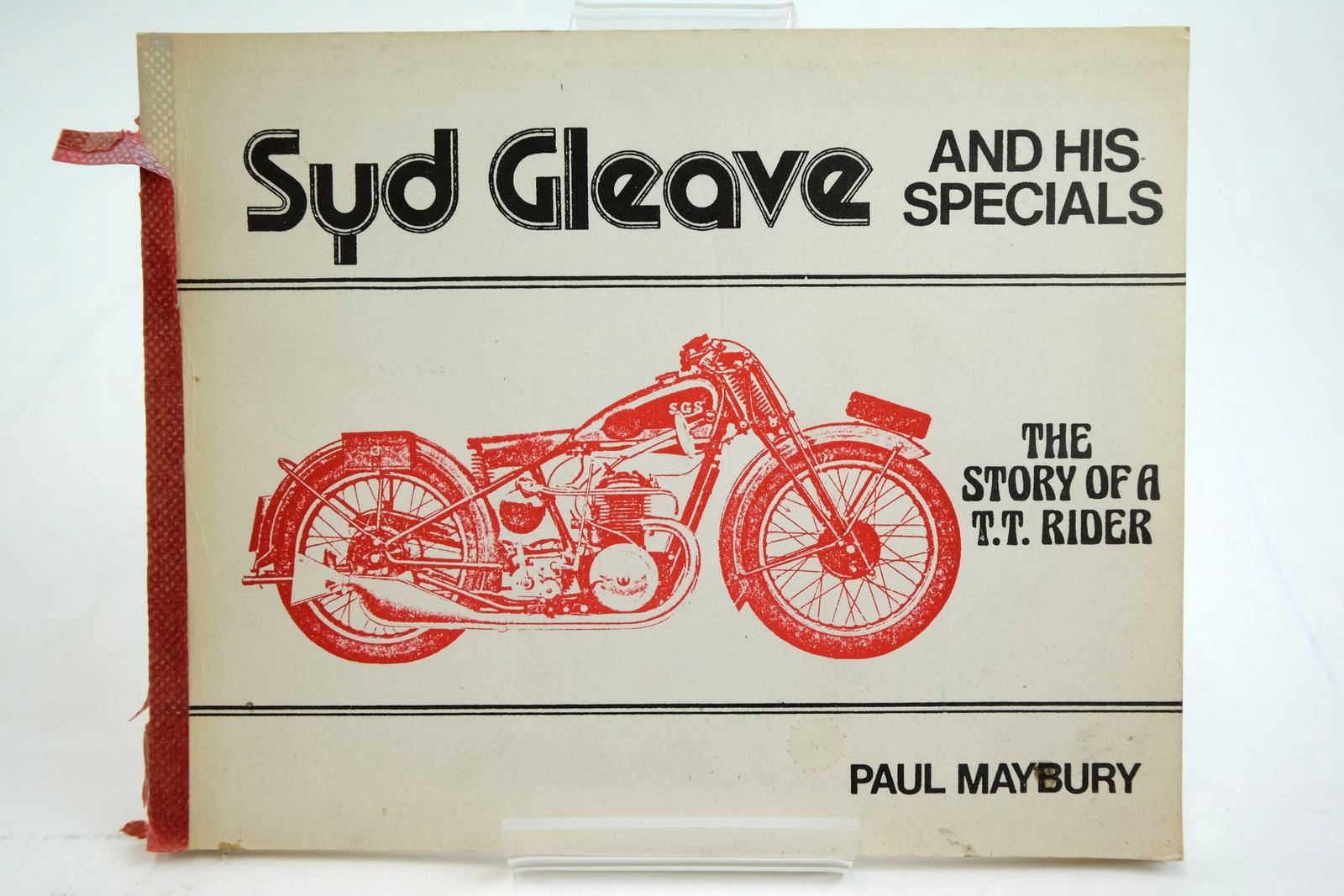 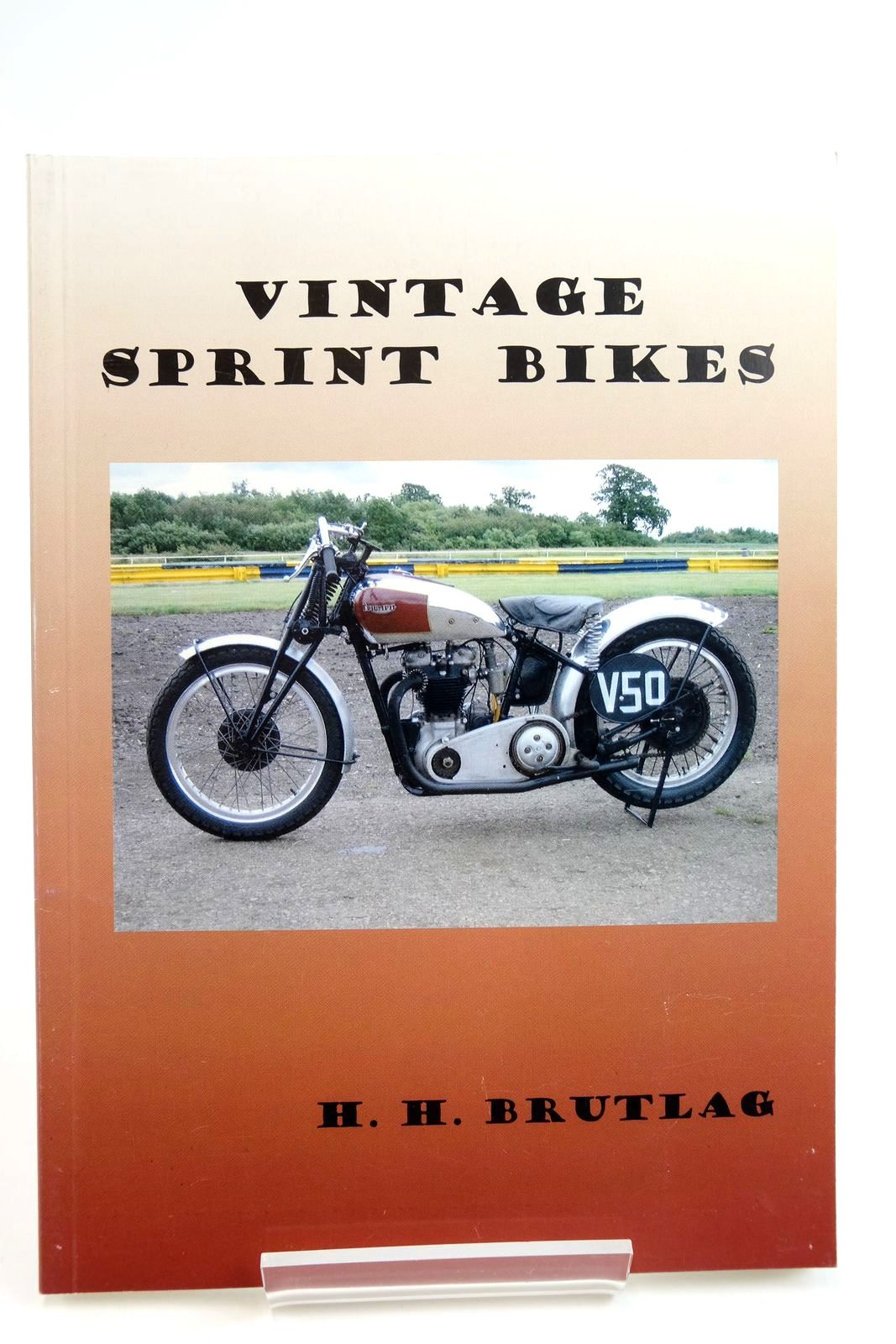 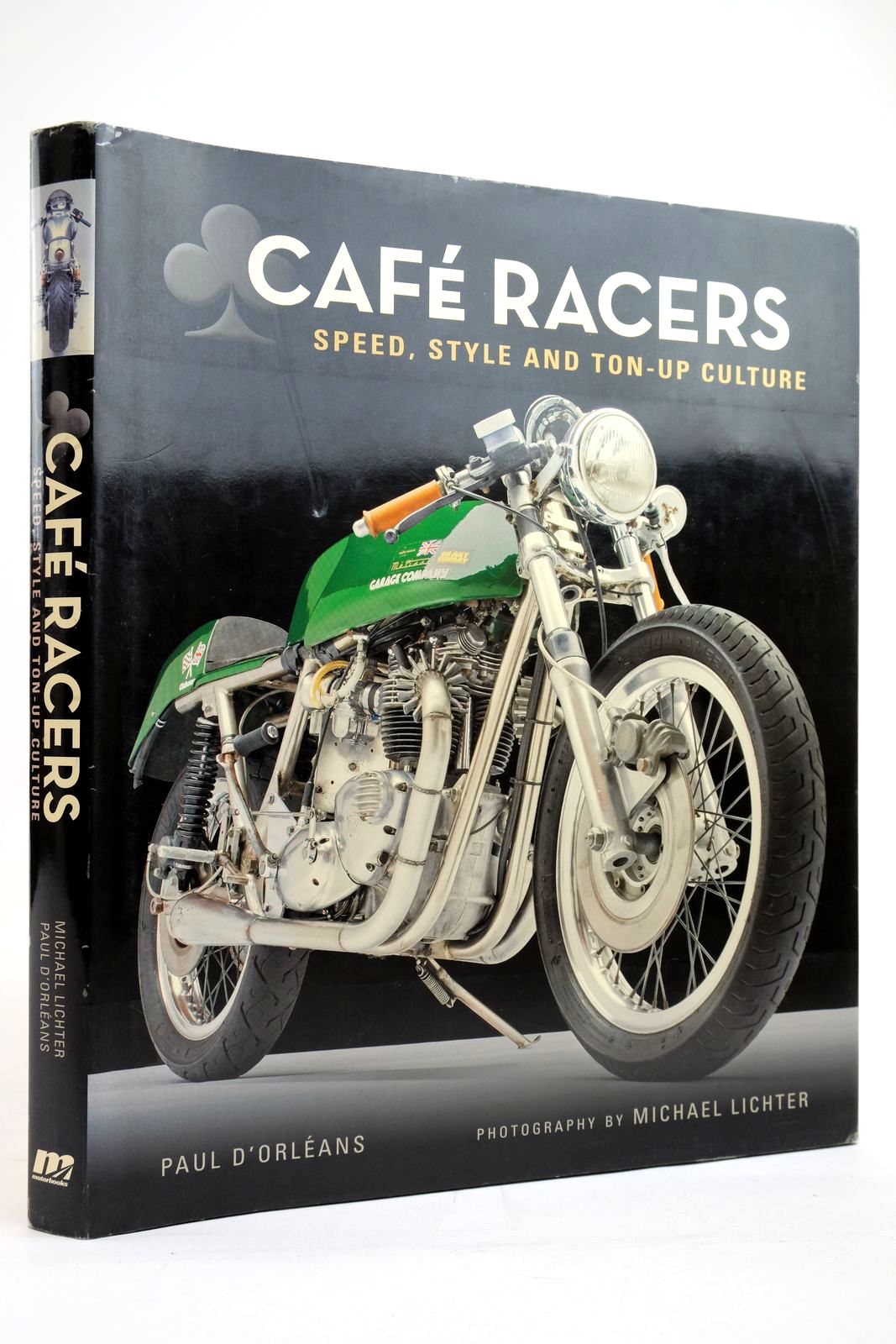 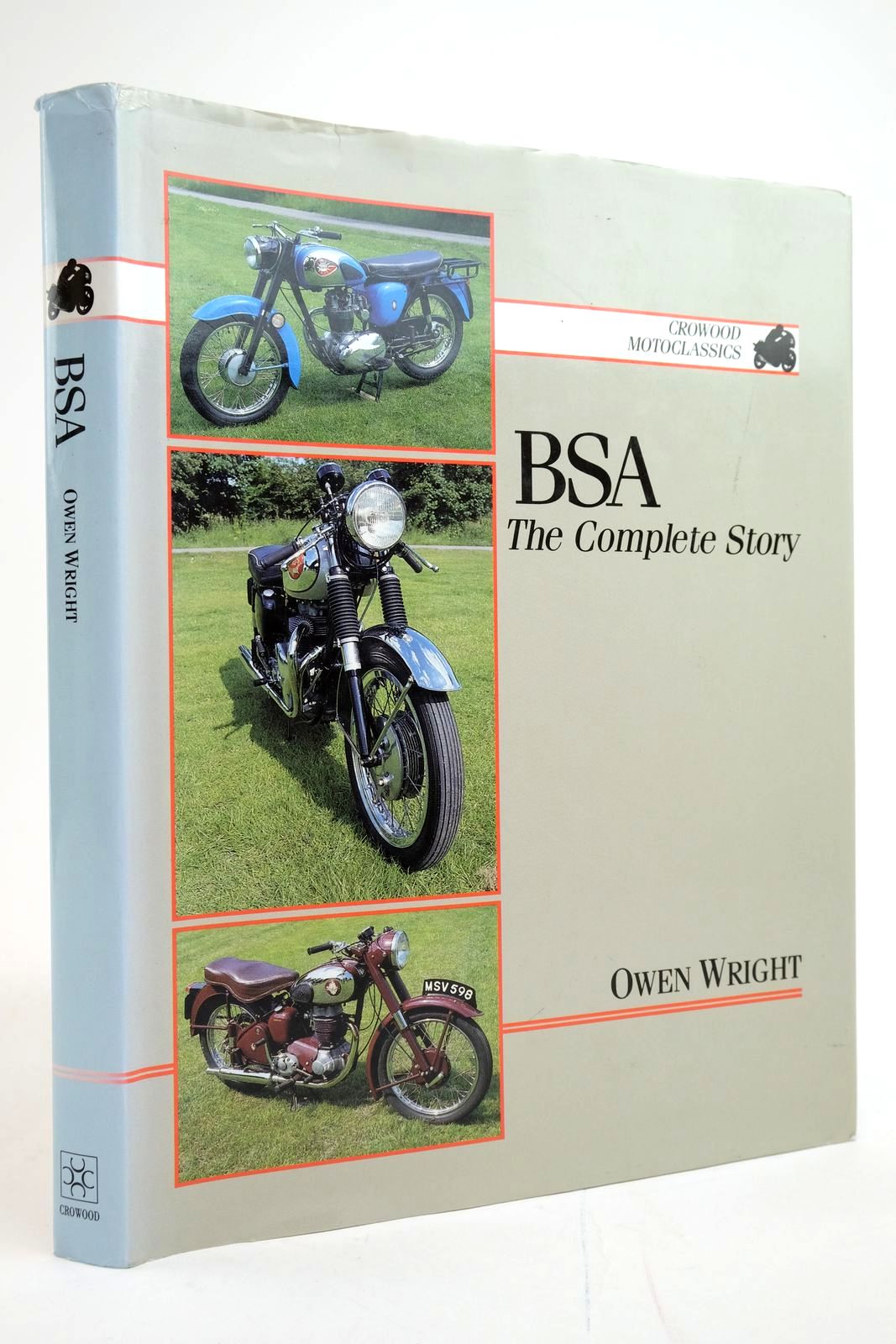 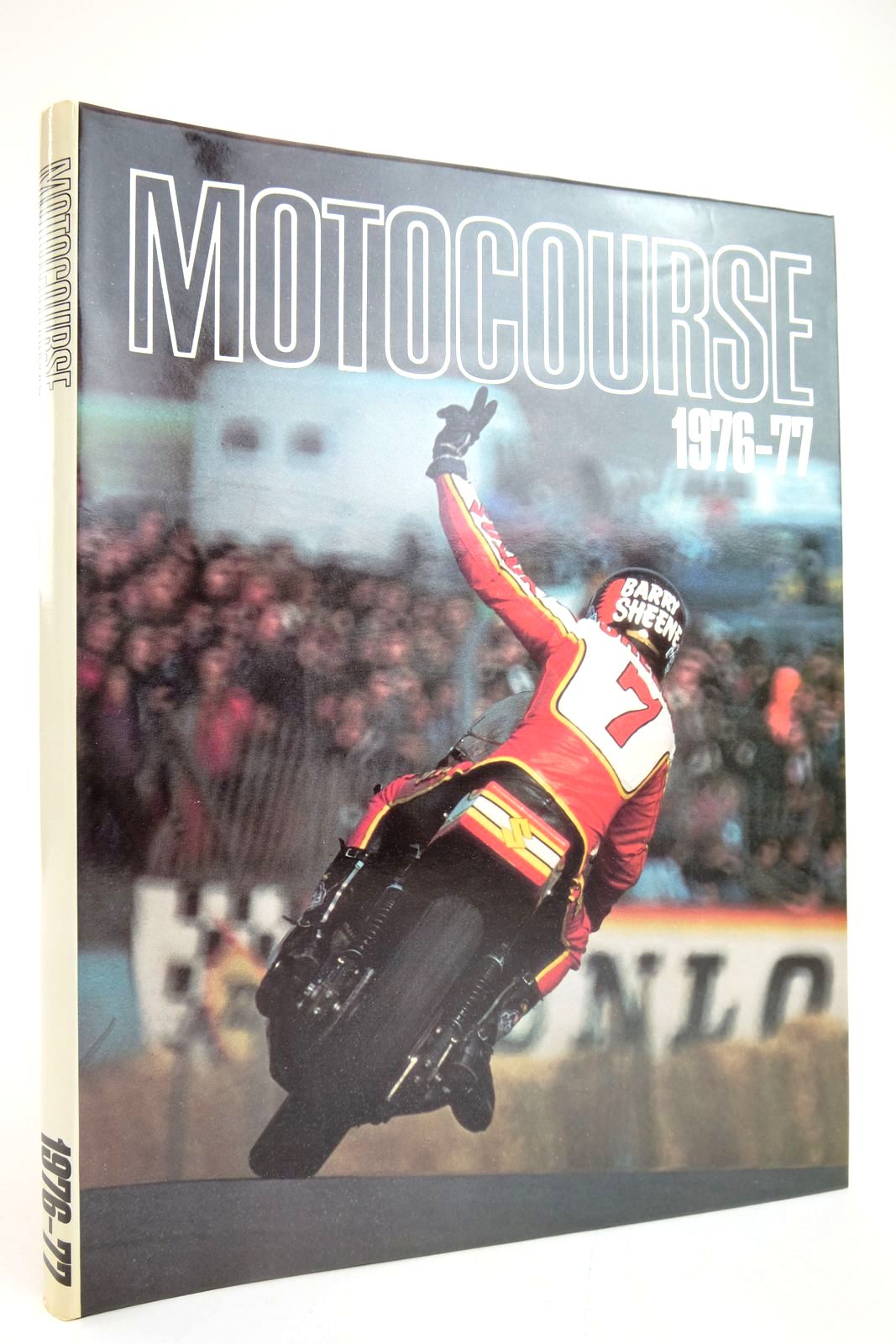 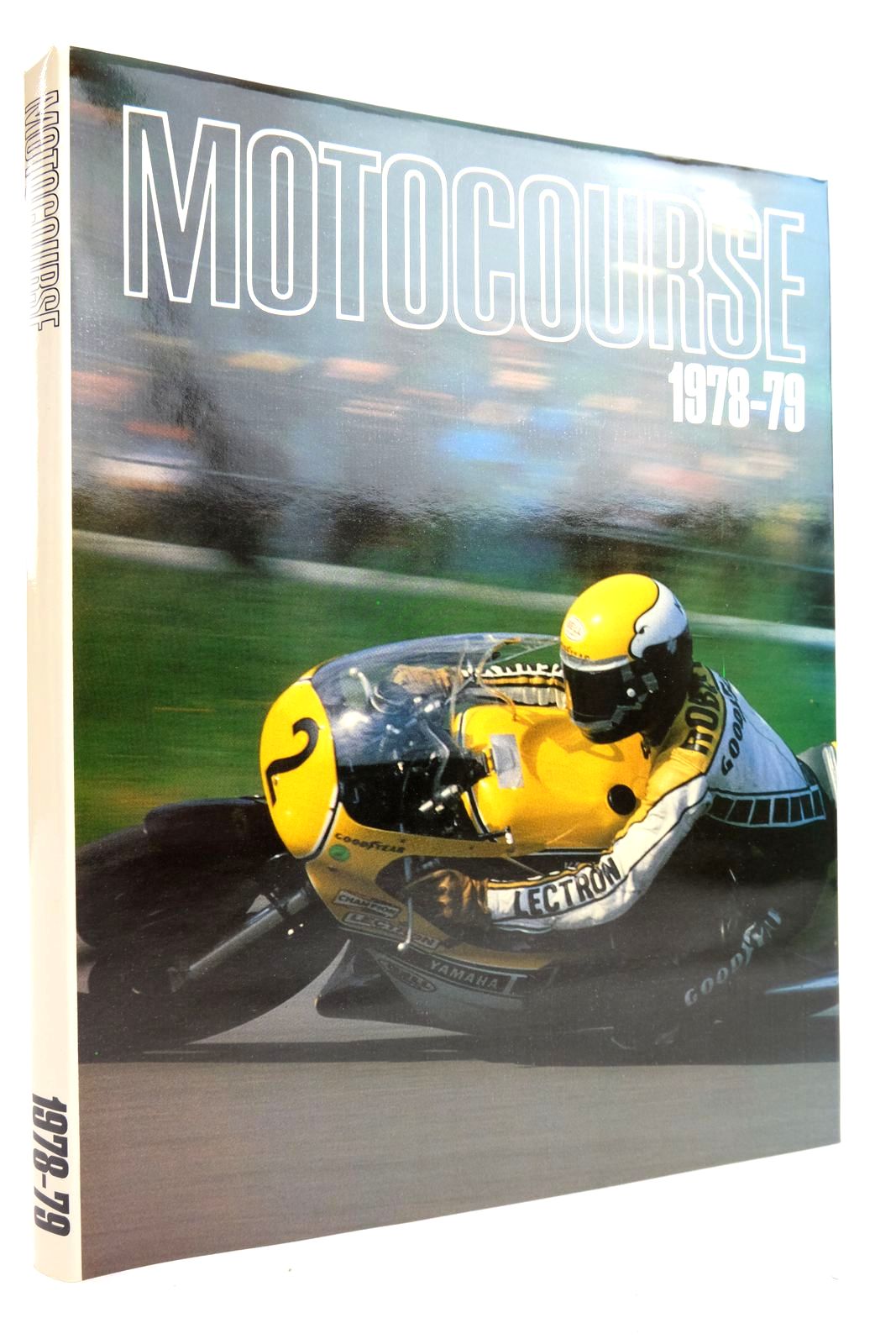 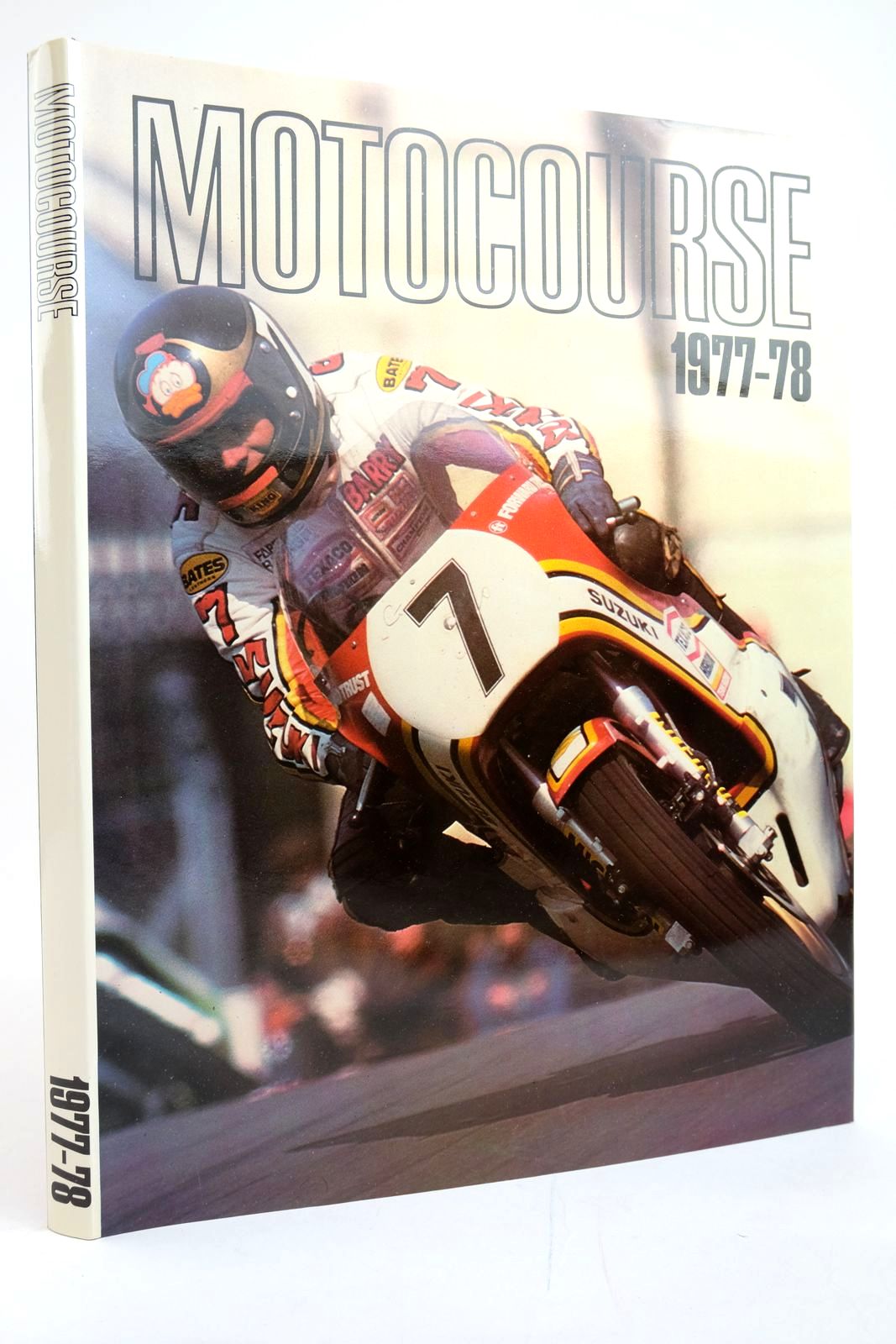 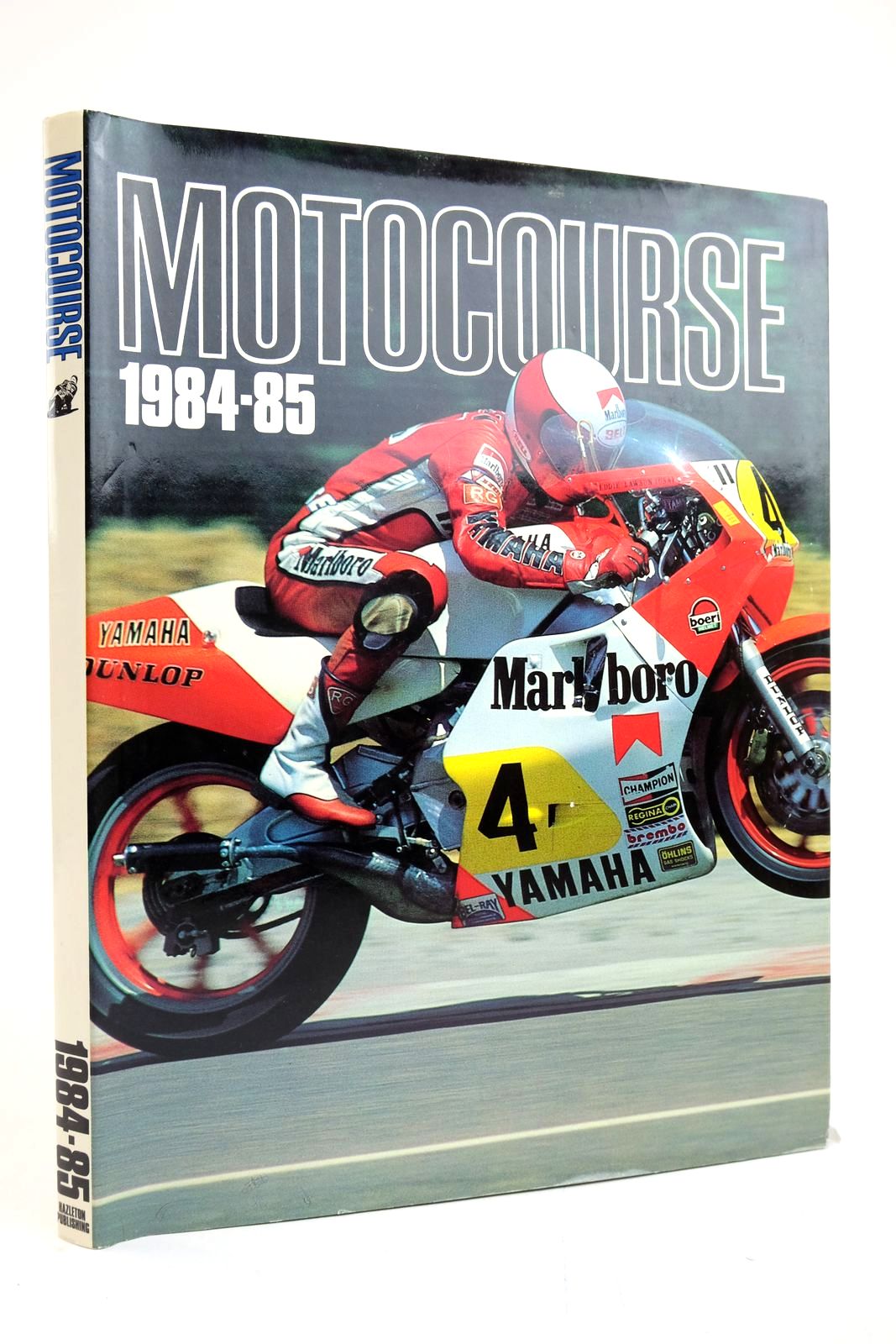 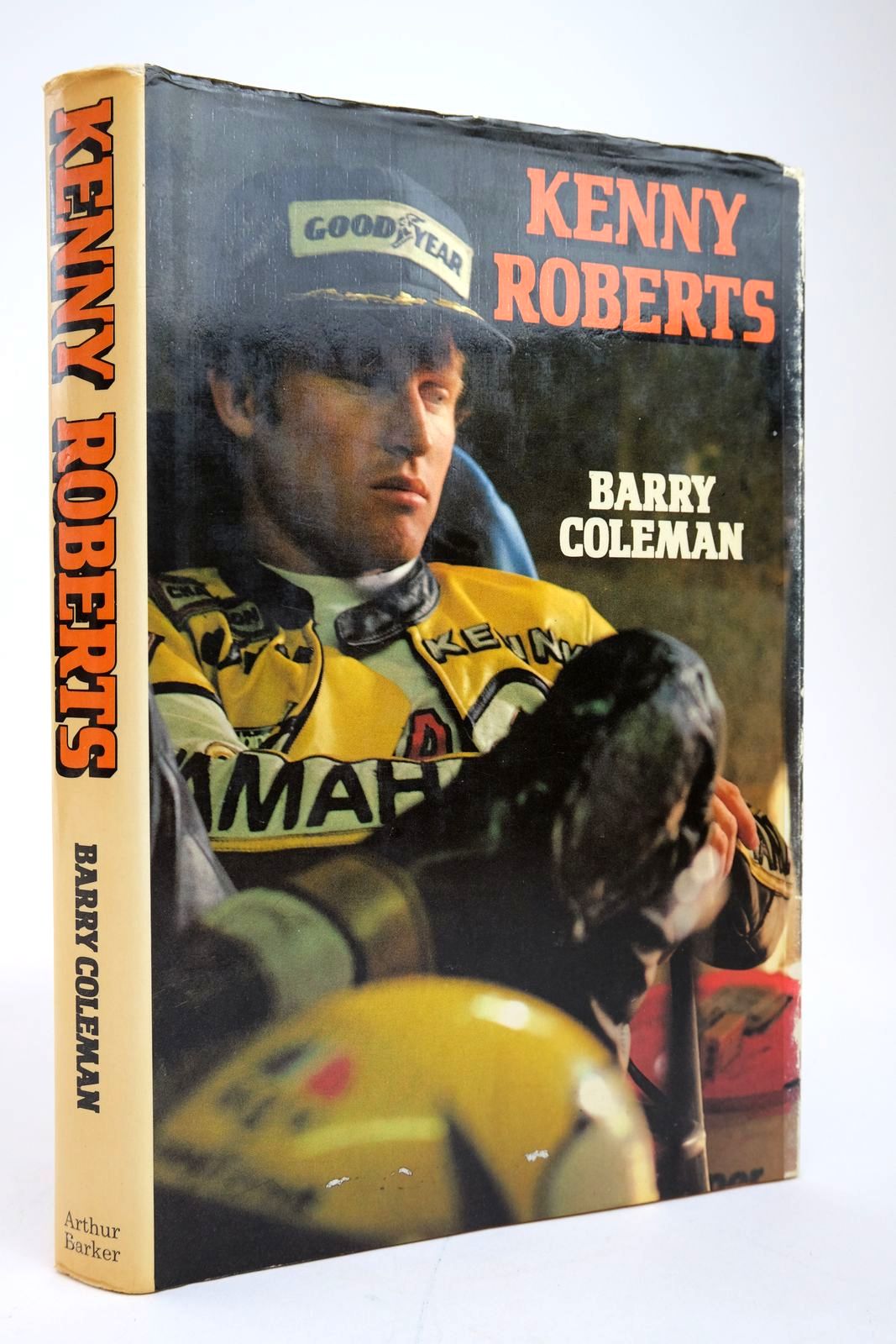 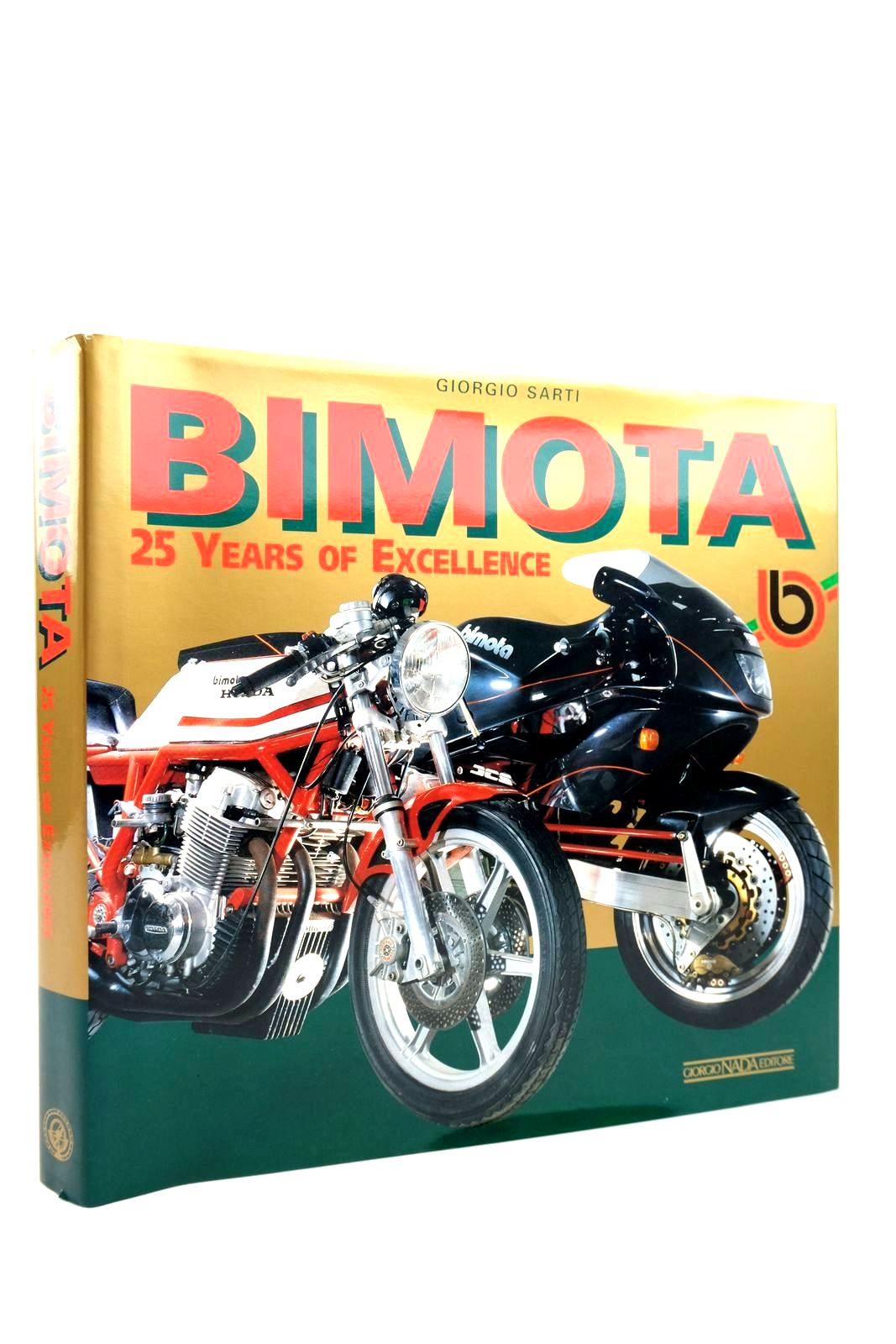 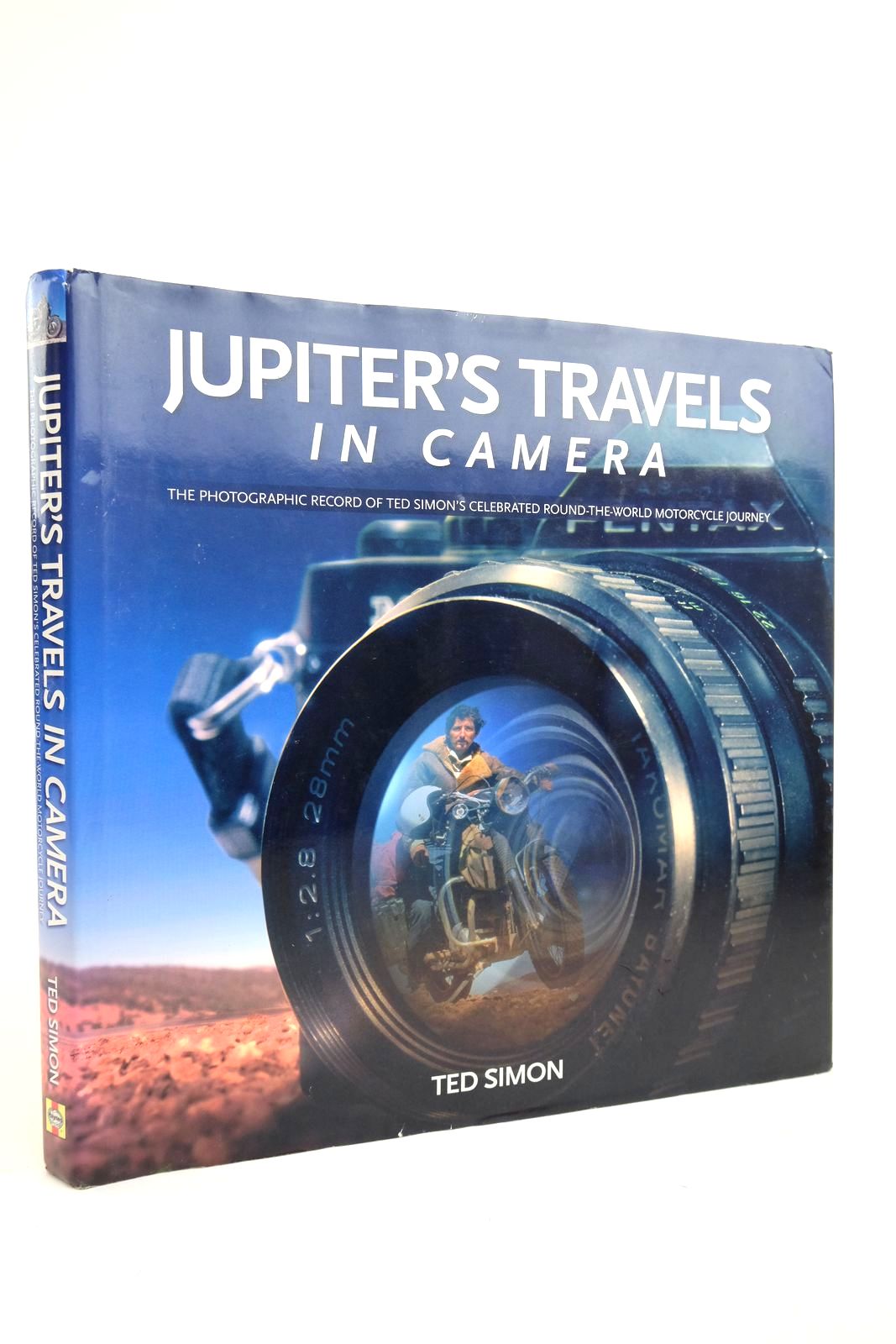 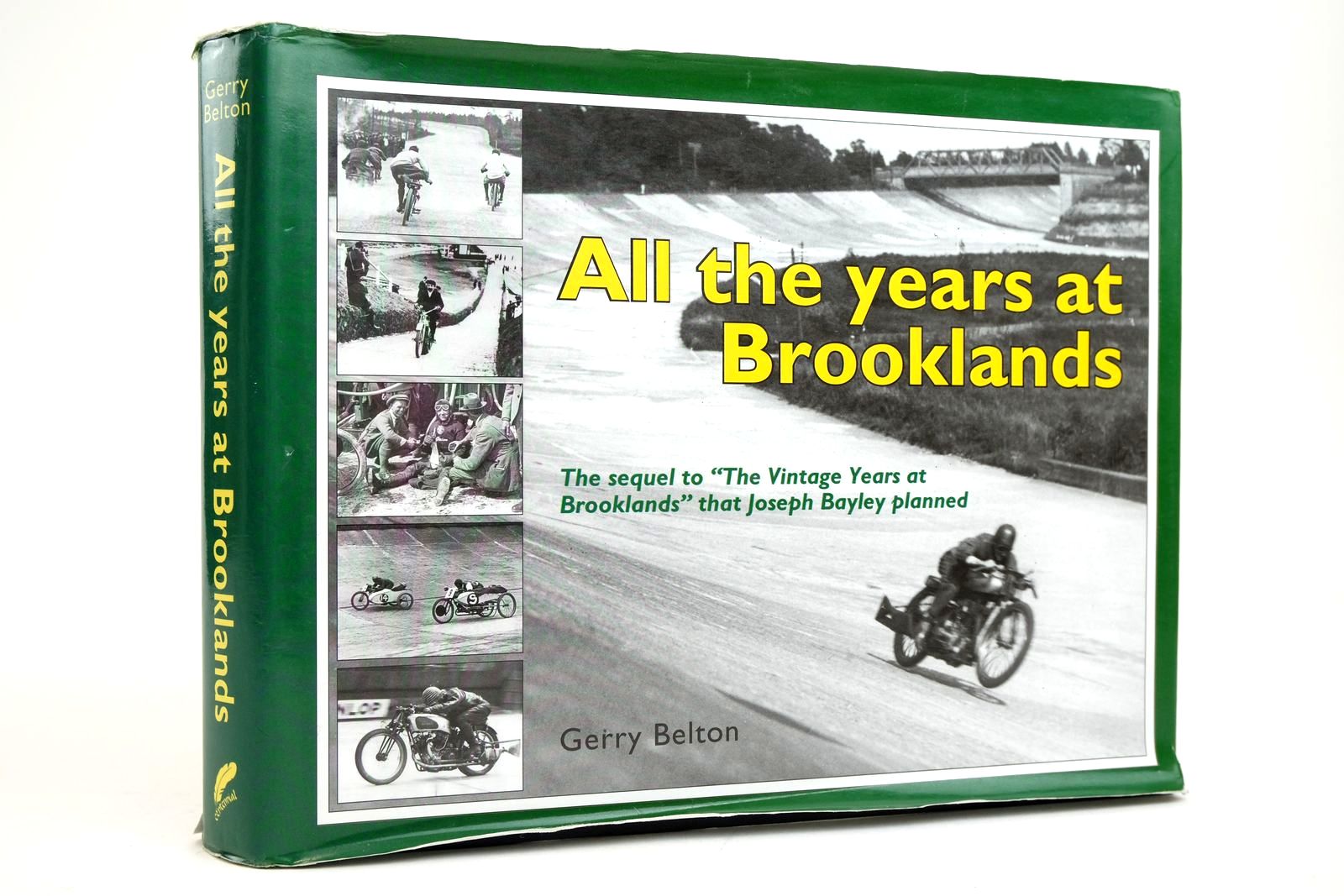 ALL THE YEARS AT BROOKLANDS
Written by Gerry Belton. Stock no 2135053. Published by Centennial Publishing. 1st. 2007.