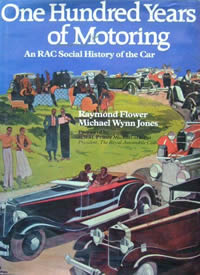 Jane’s recent article on her better half’s passion for a well used Land Rover led me to think back over the many cars that have passed through my hands over more years than I care to admit. 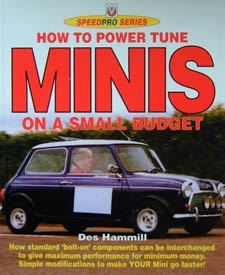 It all started when my indulgent parents agreed to help my older brother purchase a rather stately two-tone grey Austin Cambridge, on the proviso that his rather battered and unreliable Ford Anglia became my first vehicle, ah the freedom! Apart from the many parental requests like ‘can you just pop me to town’ or ‘can you just drop me off at aunty Peg’s’ etc. Which, of course, were agreed to with alacrity as they had helped me to become mobile in the first place!

Now the Anglia and I had a relationship based on me learning the basics required to keep the flipping thing running - oh the joys of setting the points and cleaning the plugs with my trusty feeler gauges, I do not think my nails were free from oil and grease for the three years we were together.

There were many highs and lows, but the freedom of the road was mine for a lifetime now.

The Anglia was followed by my first solo purchase. Now working shifts at a local chemical plant I had sufficient funds for the Anglia to be used as a part exchange against a 'one previous owner' second hand Mini. This sounds grand until you realise the one previous owner had been British Rail, so the mileage was considerable and care and attention a bit lacking, but the dull grey colour and doors that opened by pulling a cord did nothing to mar the many miles we enjoyed together - fishing trips to the coast, discovering the Brecon Beacons etc.

It coincided with my first romantic attachment, and following one trip when we had taken her family Corgi for a day out walking, our return was greeted by her Dad, who wanted to inspect the vehicle he was entrusting his daughters safety to. After a cursory glance he took me immediately to buy new tyres, he said he was not picky, but fabric should not be showing where once there had been tread, some people are too fussy. And although the dog seemed to enjoy his day out, I was later told he slept for two days, and hid every time I appeared thereafter!

There followed a series of boring cars, an Austin 1100 (nothing to tell) but I learnt that black cars are impossible to keep looking clean, a Vauxhall Chevette that my better half drove into a tree, and a Fiat 128 that is was easier to keep water in than keep water out. 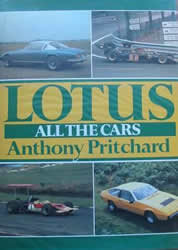 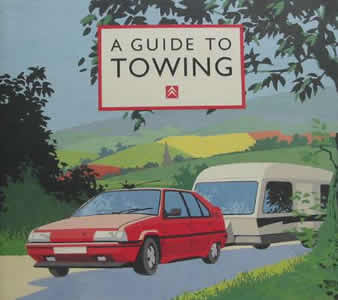 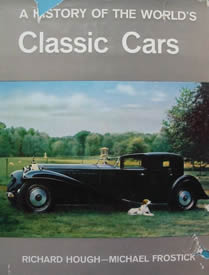 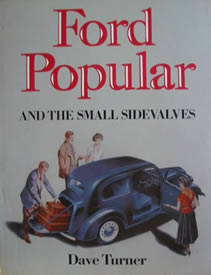 Then I woke up and treated myself to a Lotus Elan S4, I part exchanged the Fiat for it, and when I took the new car home my mother’s only comment was ‘oh another white one’. I took her for a spin, 0-60 in 6 seconds, on returning to the house she took to her bed.

The Lotus and I had many experiences, but the one that sticks in my mind is returning through mid-Wales one evening, driving through the welsh valleys at dusk, with the pop up headlights in action, when I passed two young lads sitting on the kerb, and as I glanced in the rear view mirror their eyes followed the car with looks of ‘whoa’ on their faces - silly but it felt good! Also once, when returning to the car in the car park of a car spares shop, a small group of men had gathered around the car for a look, oh it felt a bit special saying ‘excuse me’ and getting in and driving away, childish I know.

My next purchase was a choice between an old gull wing Mercedes two seater, or the more sensible option of my first new car, a little Renault 5, the common sense option won out, but I still think of that Merc, which only proves it is not what you do you regret, it is what you don’t do.

Like Jane and her 20 year relationship with Claude, her Renault 5, my purchase led to a lengthy term of Renault ownership, several Renault fives, Clios and now a Megane, with only one break, when I made the strange decision to purchase a caravan that I towed with a Volvo C70 convertible, great fun but not the most sensible combination.

My favourite Renault moment, involved collecting my wife at Cardiff Airport from a business trip. She had been nervous because she was travelling with the CEO, a rather elegant and distant Frenchman, anyway when they landed his chauffeur driven car was not there to collect him, to return him to his penthouse in Cardiff, so I offered him a lift in our current Renault 5. It was of the vintage of the very, and I mean very, soft suspension, he of course refused, but soon realised his car was not coming and there were no taxis available, so he graciously accepted. After stowing his grand leather luggage in our tiny boot, he insisted in clambering into the rear of our two door, rather cramped vehicle. At the first roundabout I had the surreal pleasure, as our car tilted to the left, of seeing him in the rear view mirror falling sideways across the car with a look of startled surprise!

All my cars bring back memories, and as a few days ago I stopped the car to look at a rather old, but lovely Audi A4 convertible, I don’t think we are finished yet. 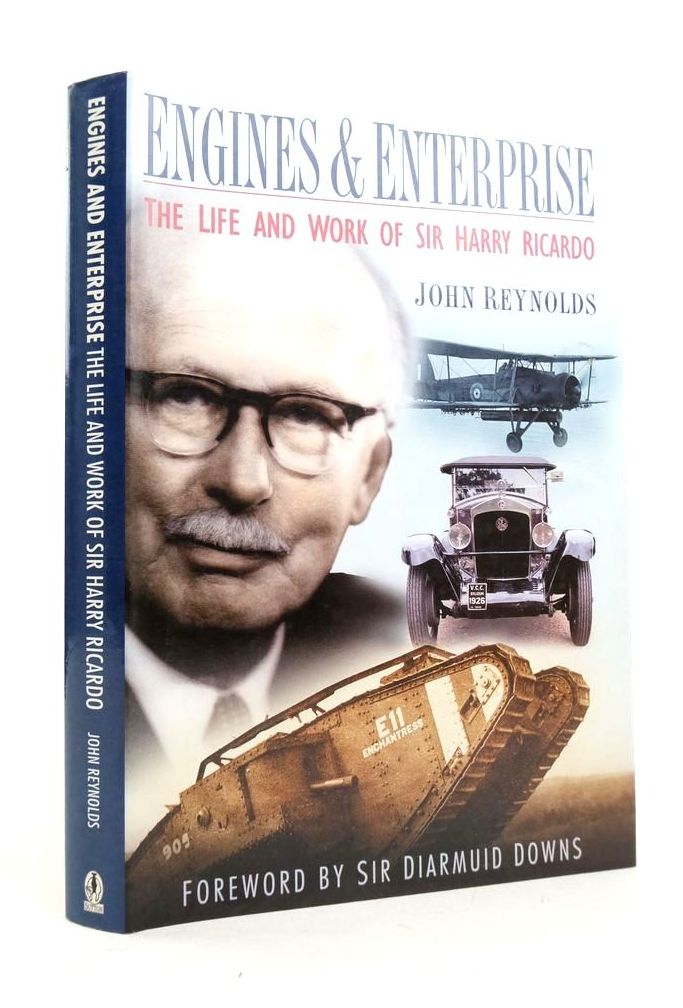 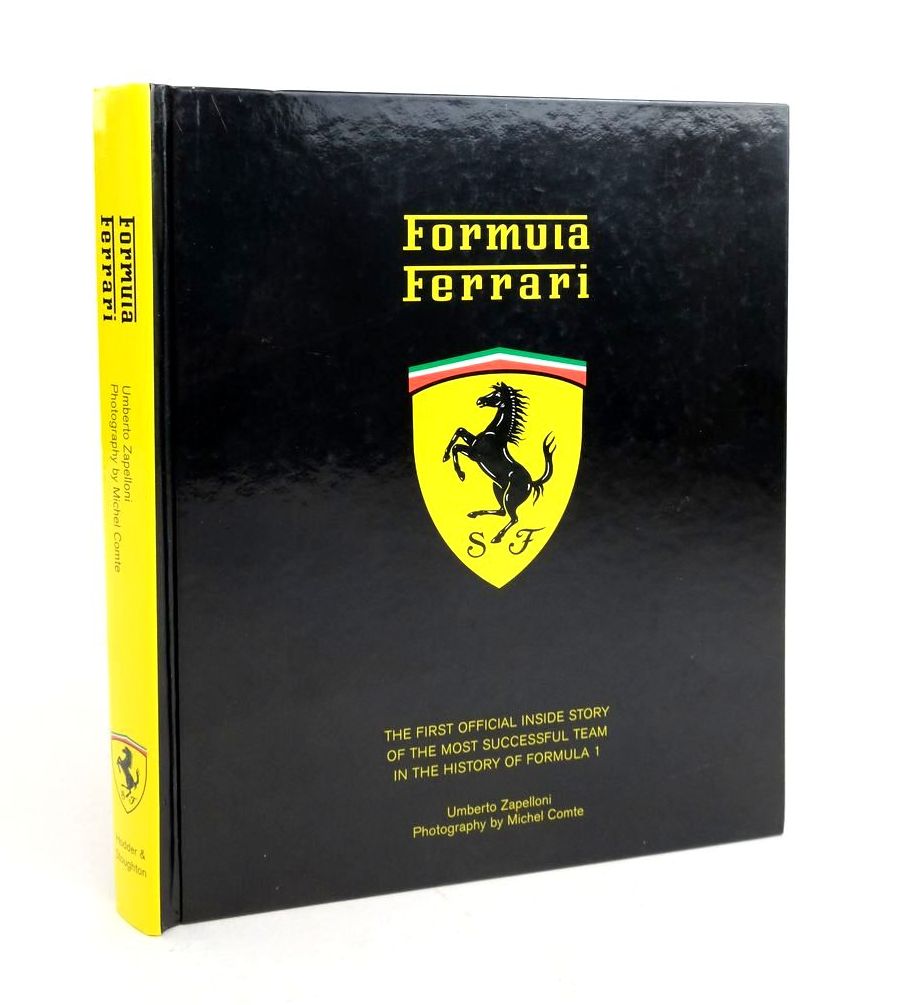 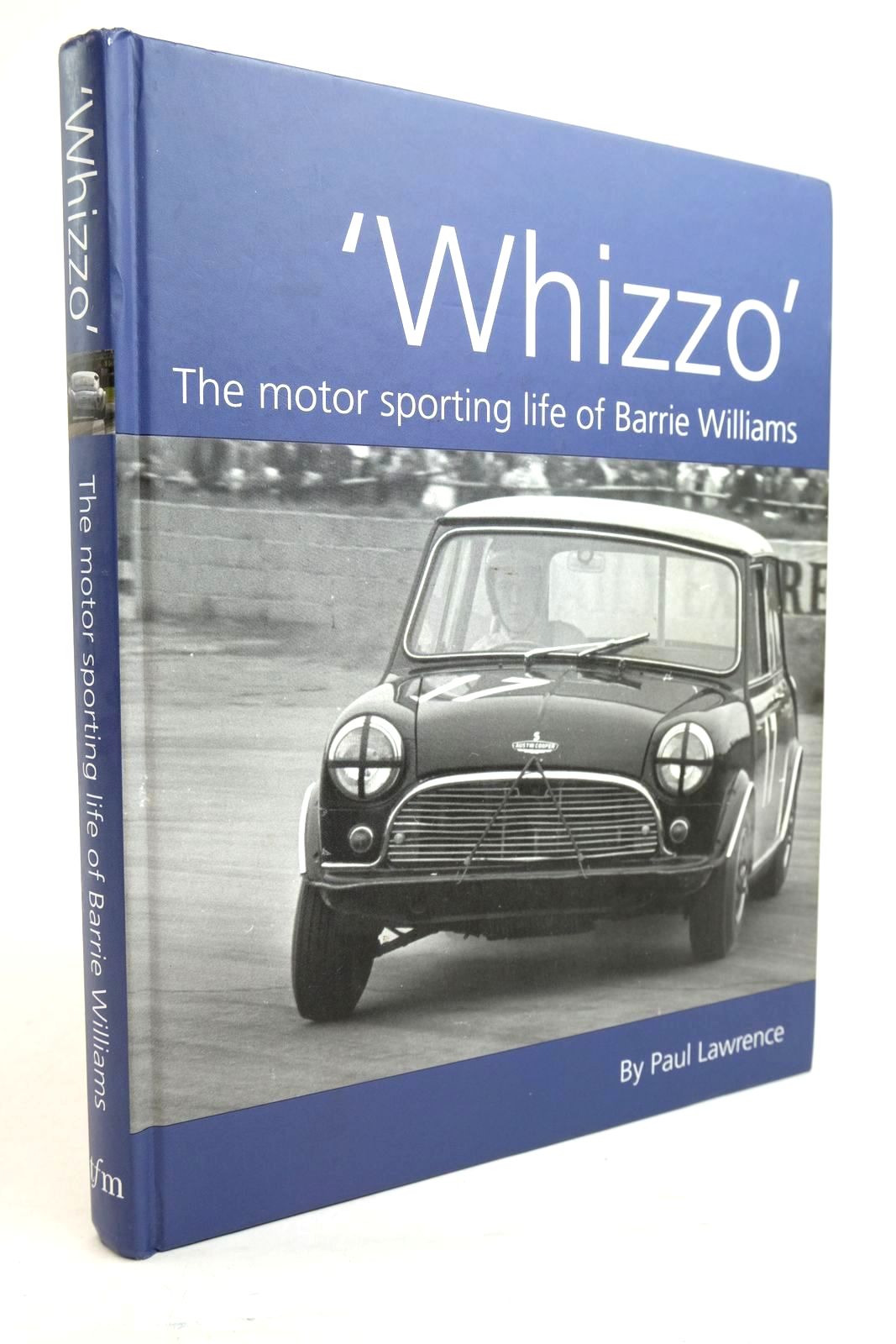 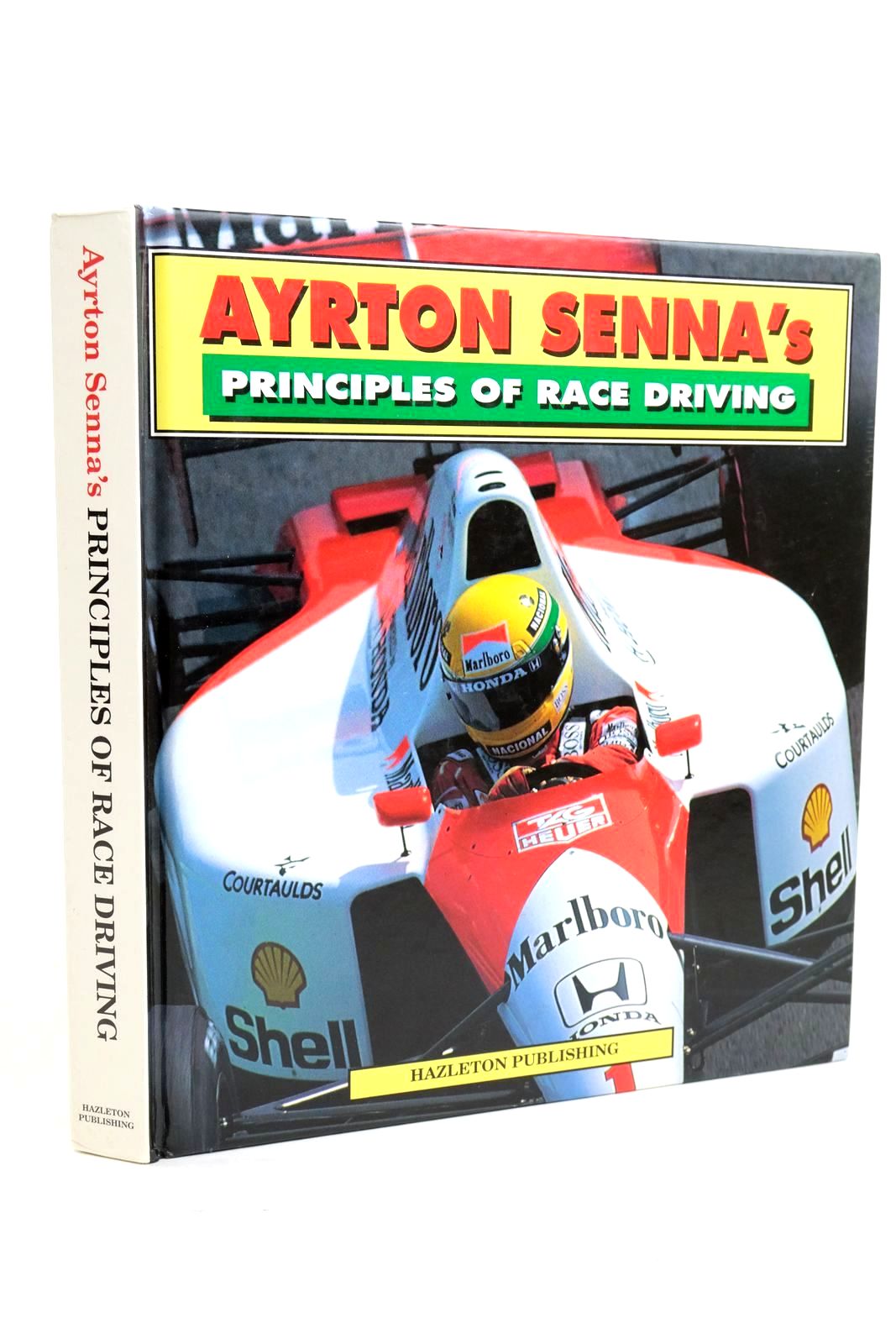 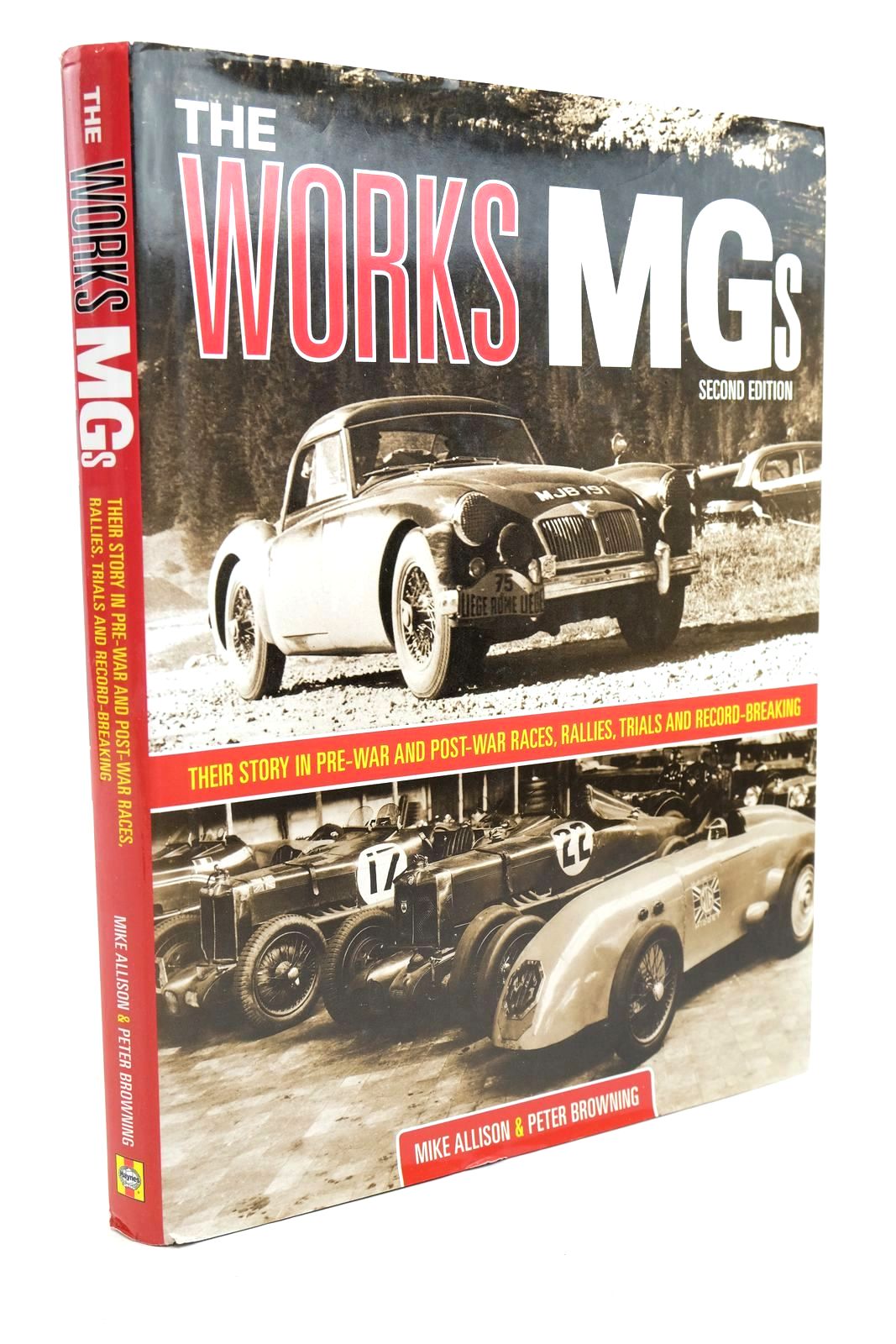 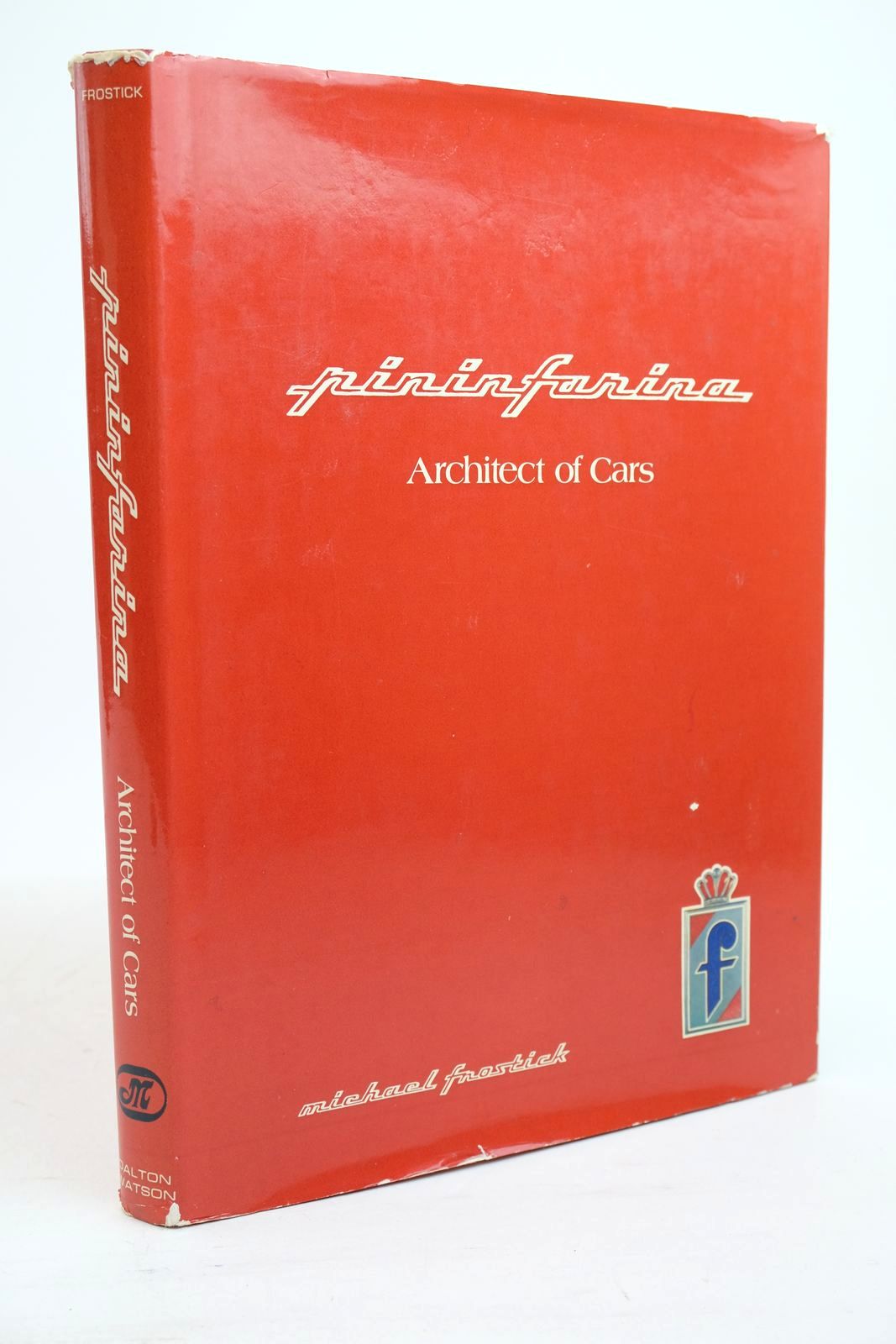 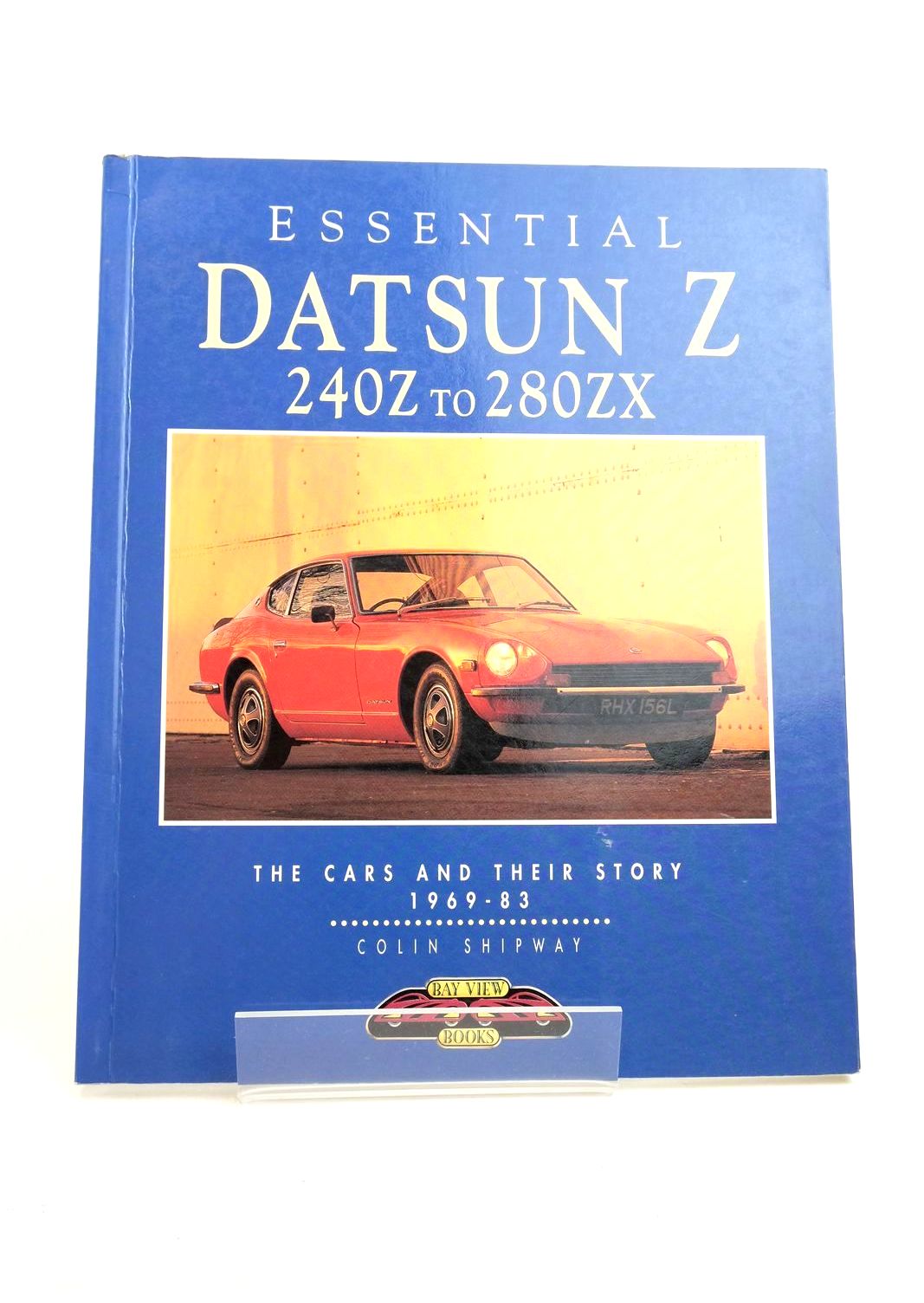 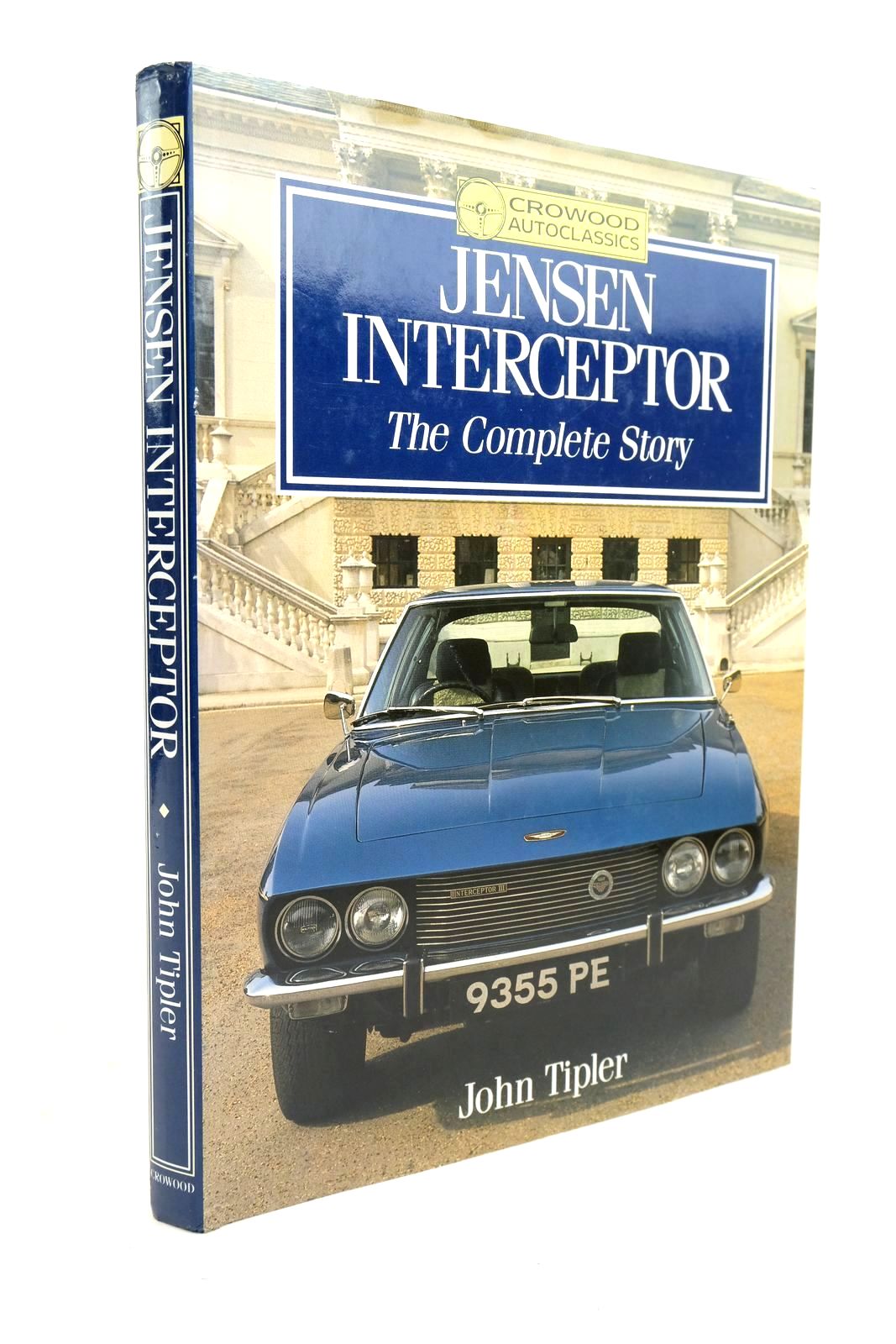 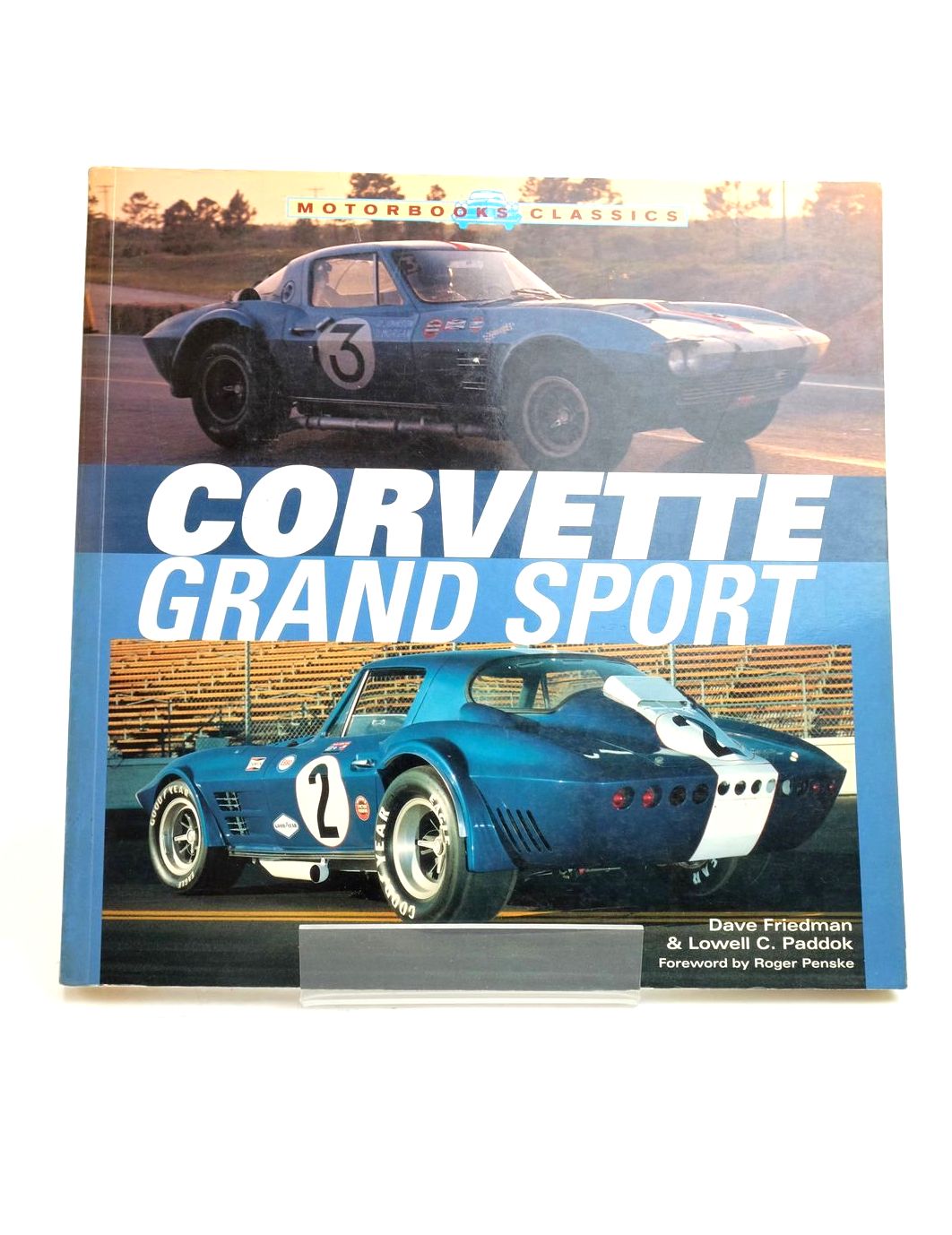 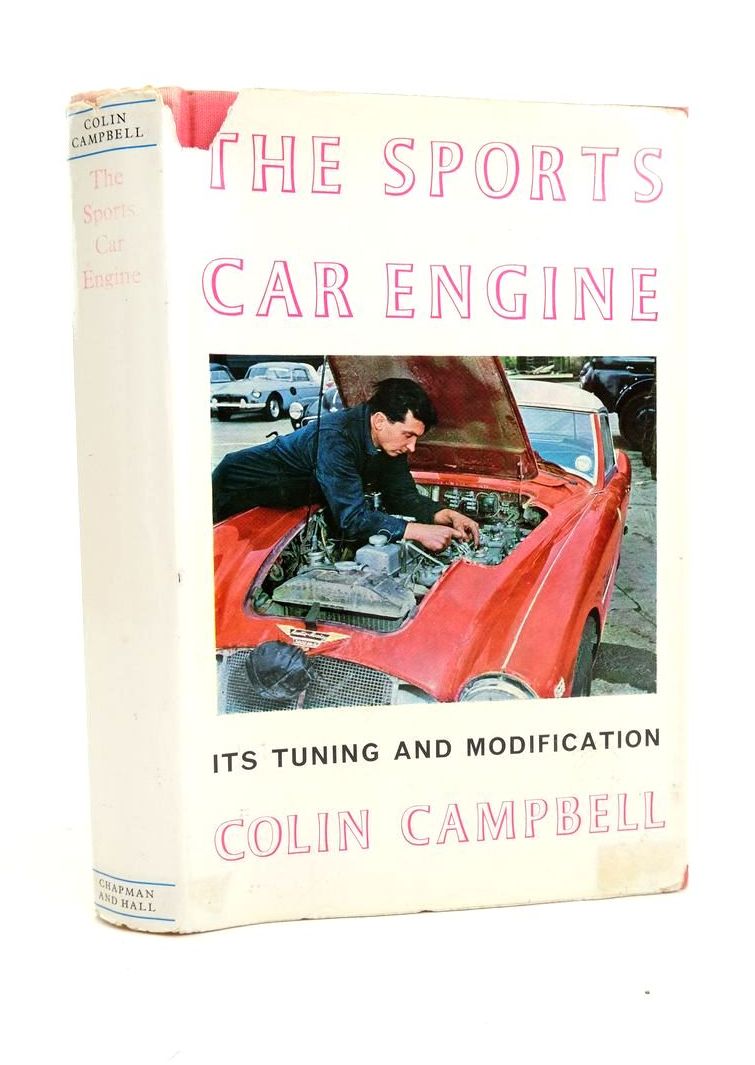 THE SPORTS CAR ENGINE: ITS TUNING AND MODIFICATION
Written by Colin Campbell. Stock no 1821992. Published by Chapman & Hall Ltd. 1st. 1963. 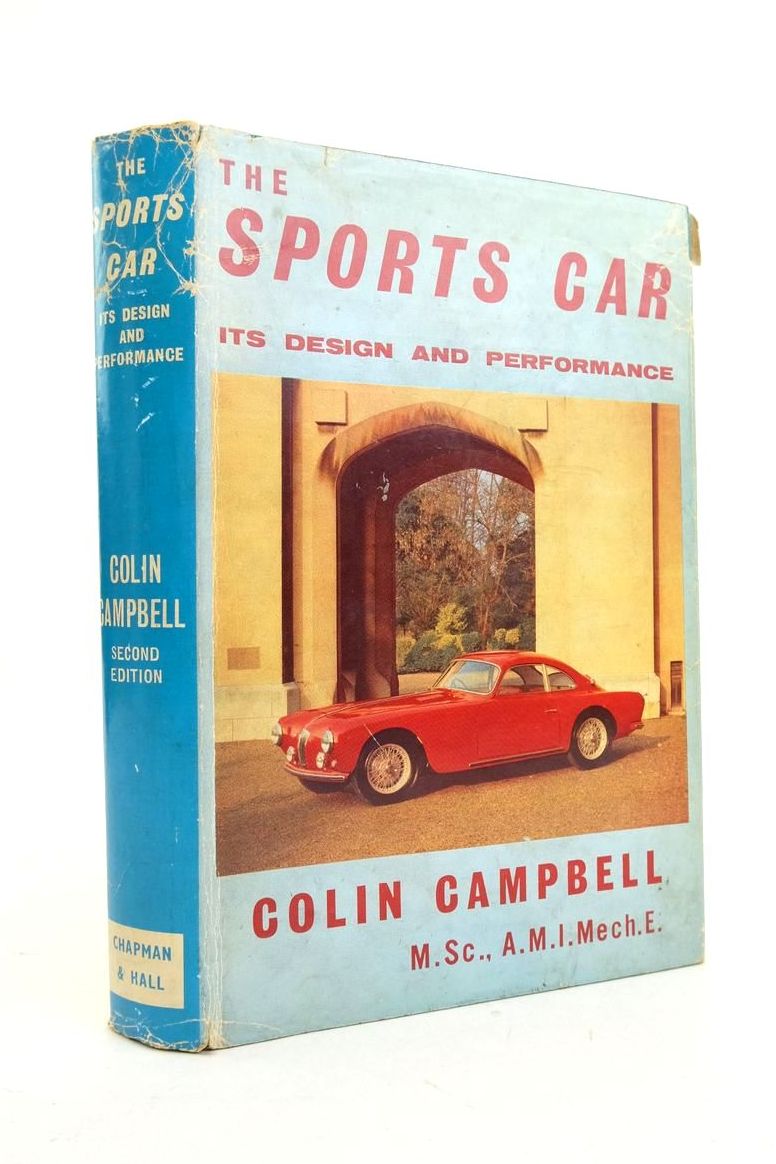 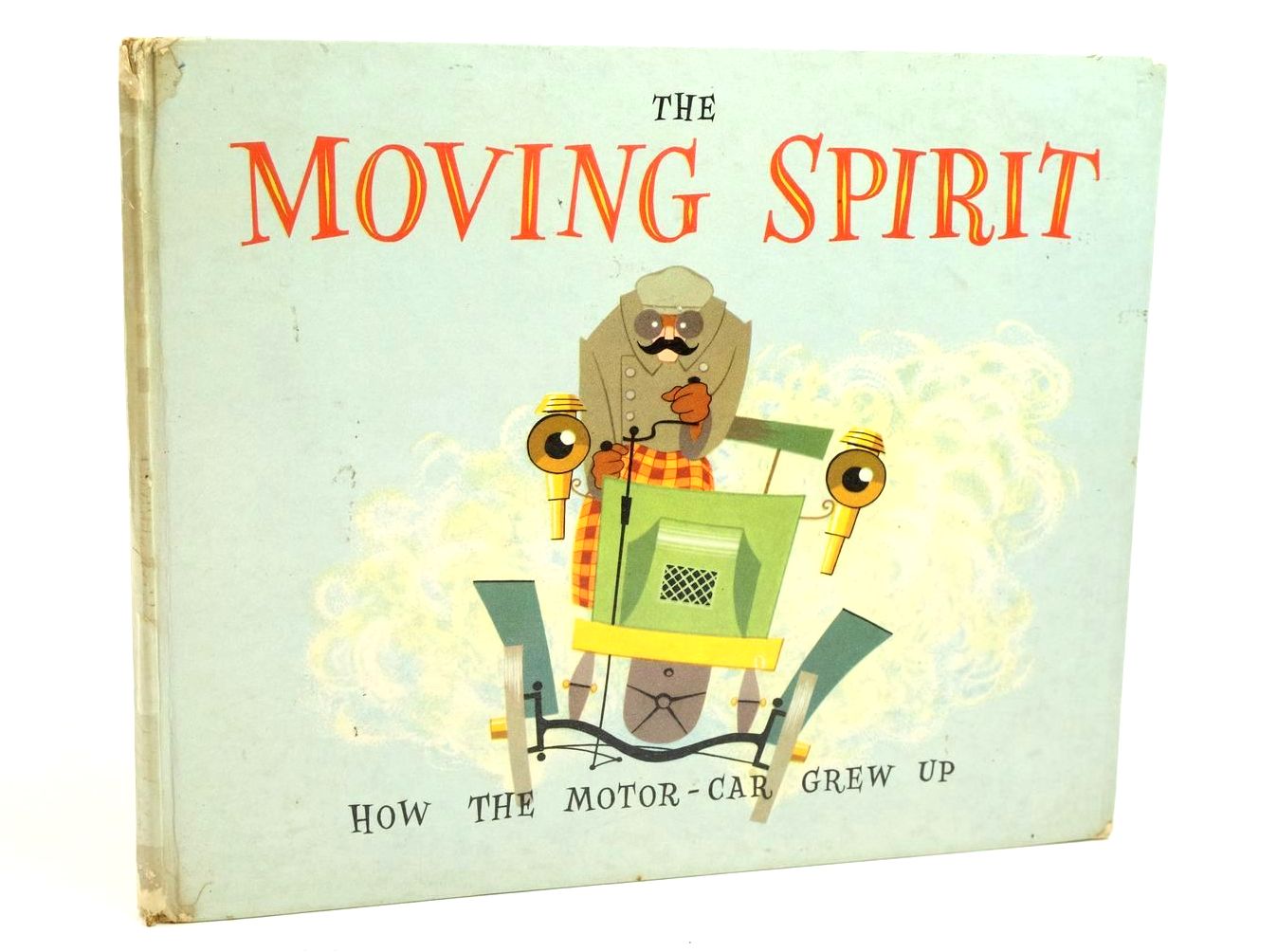 THE MOVING SPIRIT
No author. Stock no 1321145. Published by Motor Racing Publications Ltd...