Let me introduce you to Josephine who is 8 years old and is an only child. She is never lonely as she has a large family of dolls - 16 in all, of all shapes and sizes. Most of them have bits missing but Josephine loves them all and together they have great adventures.

The books are written by Mrs H.C. Cradock and beautifully illustrated by Honor C. Appleton. The first title (Josephine and her Dolls) appeared in 1915 and this title, the last in the series, in 1940.

Mrs. H.C. Cradock was born Augusta Whiteford in 1863 and spent her childhood in Lincolnshire and Nottinghamshire. She became a teacher and taught younger children in Wakefield. Here she met her husband Henry Cowper Cradock who was the Vicar of Ossett. They were married in 1893 and their daughter, Aline was born in 1905. Mrs. Cradock began her writing career in 1908 when The Care of Babies, a Reading Book for Girls was published. This was followed in 1909 byThe Training of Children from Cradle to School, and subsequent books for children. Mrs Cradock died in 1941 aged 77.

Honor Charlotte Appleton was born in 1879 in Brighton. She enrolled at the Royal Academy in 1901 and whilst there wrote and illustrated her first book The Bad Mrs Ginger. She went on to illustrate over 150 children's books including Epaminondas, Alice in Wonderland, The Water Babies and Brer Rabbit. She died in 1951 just before a major exhibition of her work was held in Brighton.

At the beginning of this book Josephine is watching her children (as she calls her dolls) who are all scattered about the nursery. Quacky is painting a pig that ends up with three ears and Dorothy is knitting. Things threaten to get a little out of hand when Dorothy makes fun of Quacky's painting and Teddy, wanting to show he is on Quacky's side, puts a green paint mark on Dorothy's face. Josephine tells them to tidy up as it is time for tea and she has a secret to tell them. All the dolls love secrets!

After tea (bread and butter, then bread and honey and then a piece of cake) Josephine tells them her secret. They are to go travelling by train, by ship and then on an aeroplane! The dolls begin to talk at once and want to know how the aeroplane will go. Josephine, who is a little unsure, tells them that a man called a Pilot will make it go. Quacky who can drive a car volunteers to be the pilot. Josephine arranges for him to have lessons so he goes off with his notebook every morning for a week and comes back looking more important as he is getting cleverer and cleverer.

Now they need to find an engine driver to drive the train. Big Teddy decides a girl couldn't possibly drive the train! Several of the girls agree as they wouldn't want to get dirty. Little Teddy is very keen but is thought to be too small. Eventually Josephine decides that Big Teddy will be the engine driver and Patrick will steer the ship as he has a watch and it will show if the ship is going fast enough.

Preparations for the journey begin. The ship and the train must be painted before they can be used. Josephine asks her friend, John if she can borrow his aeroplane. John agrees so long as they are careful with it.

Next Josephine discovers that they will all need passports so she arranges to take them to the photographer. The toys spend a great deal of time tidying themselves up – brushing hair, polishing shoes and finding best frocks and lost socks. Eventually they arrive at the photographers and have their pictures taken one by one. There is great excitement when the passports arrive and each toy puts theirs in a safe place. Later that day Granny (so called because she has white woolly hair and spectacles) announces that she has lost her passport. The toys all rush around the nursery but they can't find it anywhere. Charlie, who has been sitting on Granny's knee, announces that he is sitting on something hard and there in the pocket of Granny's dress is her passport!

Josephine decides they don't need to buy many clothes but each doll will need his or her own suitcase. So off they go to the shop where Mr. Walker helps them to choose. Dora declares they should each have a different colour but Quacky (who thought himself very clever as he was going to be the Pilot) said there weren't enough colours for this. Granny (who knows a good many things as she has lived for a long time) settles the argument by saying they could have different shades such as light or dark or even middle shade of blue. Eventually everyone has a suitcase. Back at home John and Josephine paint the names on the suitcases before the packing can begin.

Eventually they set off for France, first by train. Disaster nearly strikes at the beginning of the journey as Dora is nowhere to be found. Eventually she comes hurrying along, just in time before the train leaves. After a short train tide they arrive at the aerodrome where they climb a ladder into the plane. Quacky sets off going very fast and soon they reach the coast of France.

Here they are delighted to meet a French family who speak perfect English. Out come the passports to be admired by the French family. A great banquet is spread in a nearby garden and the dolls enjoy the French cakes provided. Soon it is time to get back on the aeroplane and return home.

The next trip is by boat to America with Patrick as the Captain. At times the sea is very rough and they all feel sea sick. They much prefer it when the sea is calm and they can enjoy the journey. Poor Little Teddy falls overboard and has to be rescued by Quacky. In America they stay in a hotel where they have great fun going up and down in the lifts and eating hot dogs – a name that causes much amusement! The highlight of the visit is to see the great waterfall at Niagara.

Eventually they return home and Josephine promises that they will visit the rest of the world another day.

It was the illustrations that first drew me to the book but reading about the adventures Josephine has with her dolls reminds me of watching my children playing when they were younger. Just like Josephine their toys were their family and using their imagination they could do anything and go anywhere they wished. 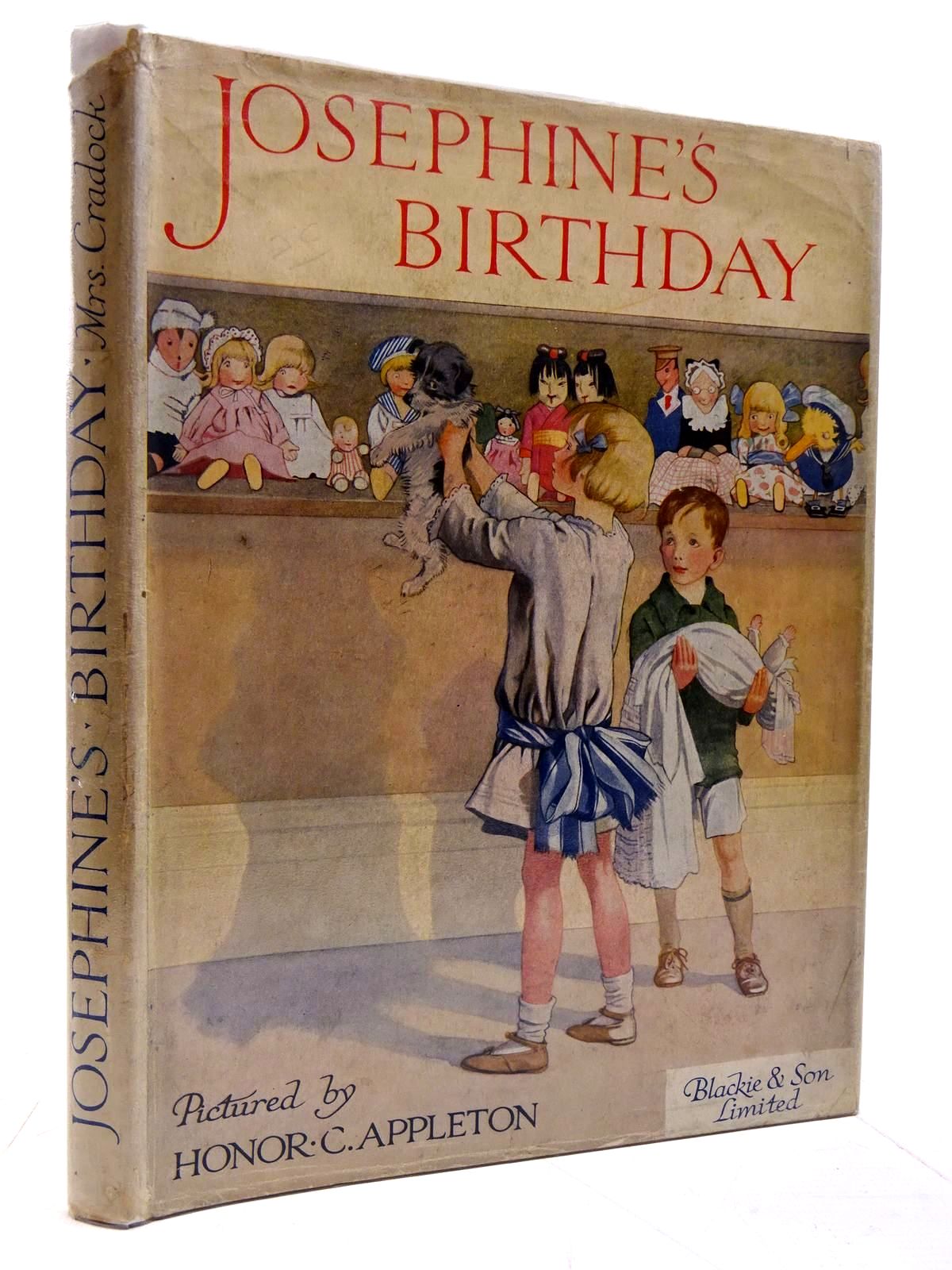 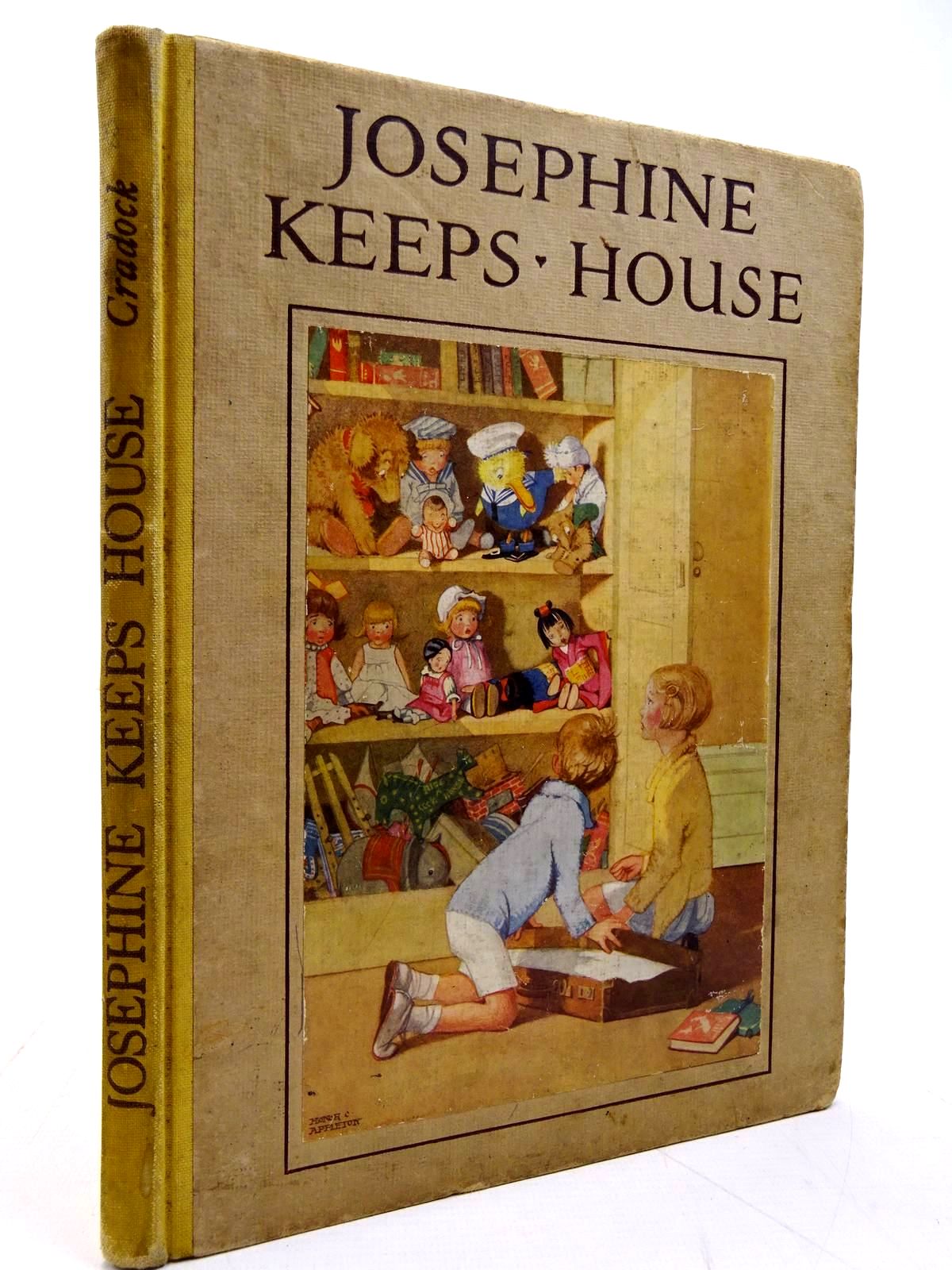 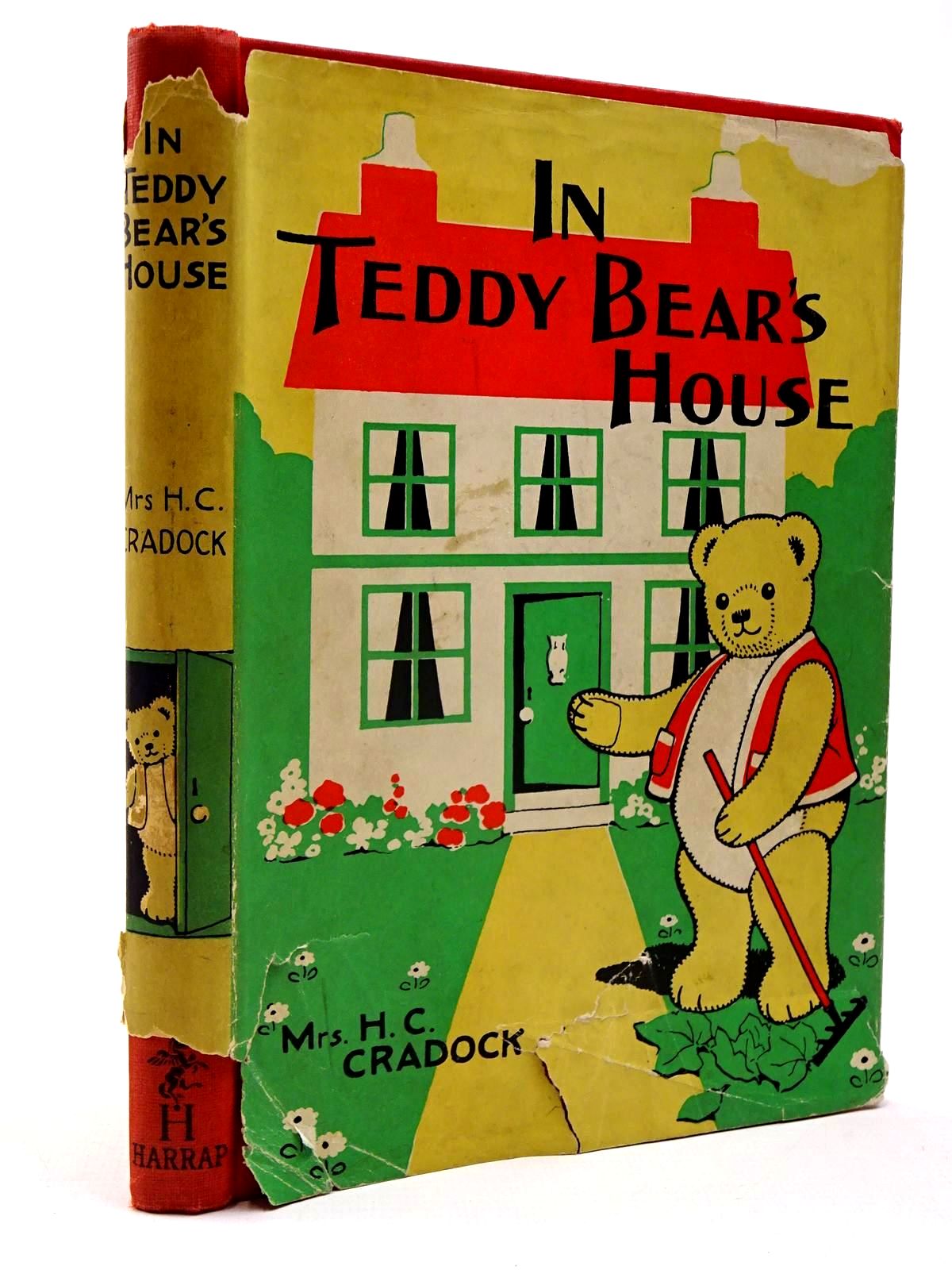 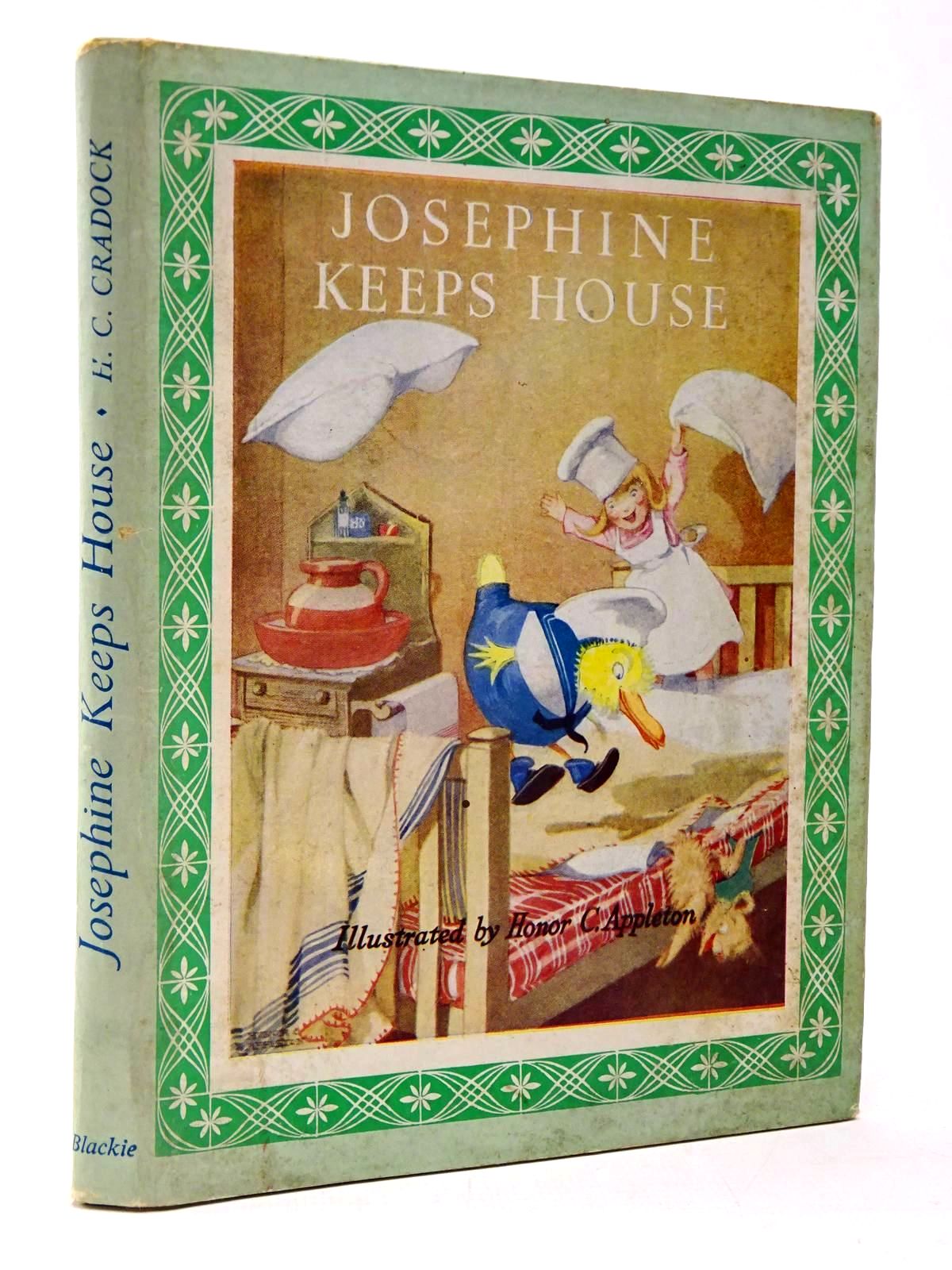 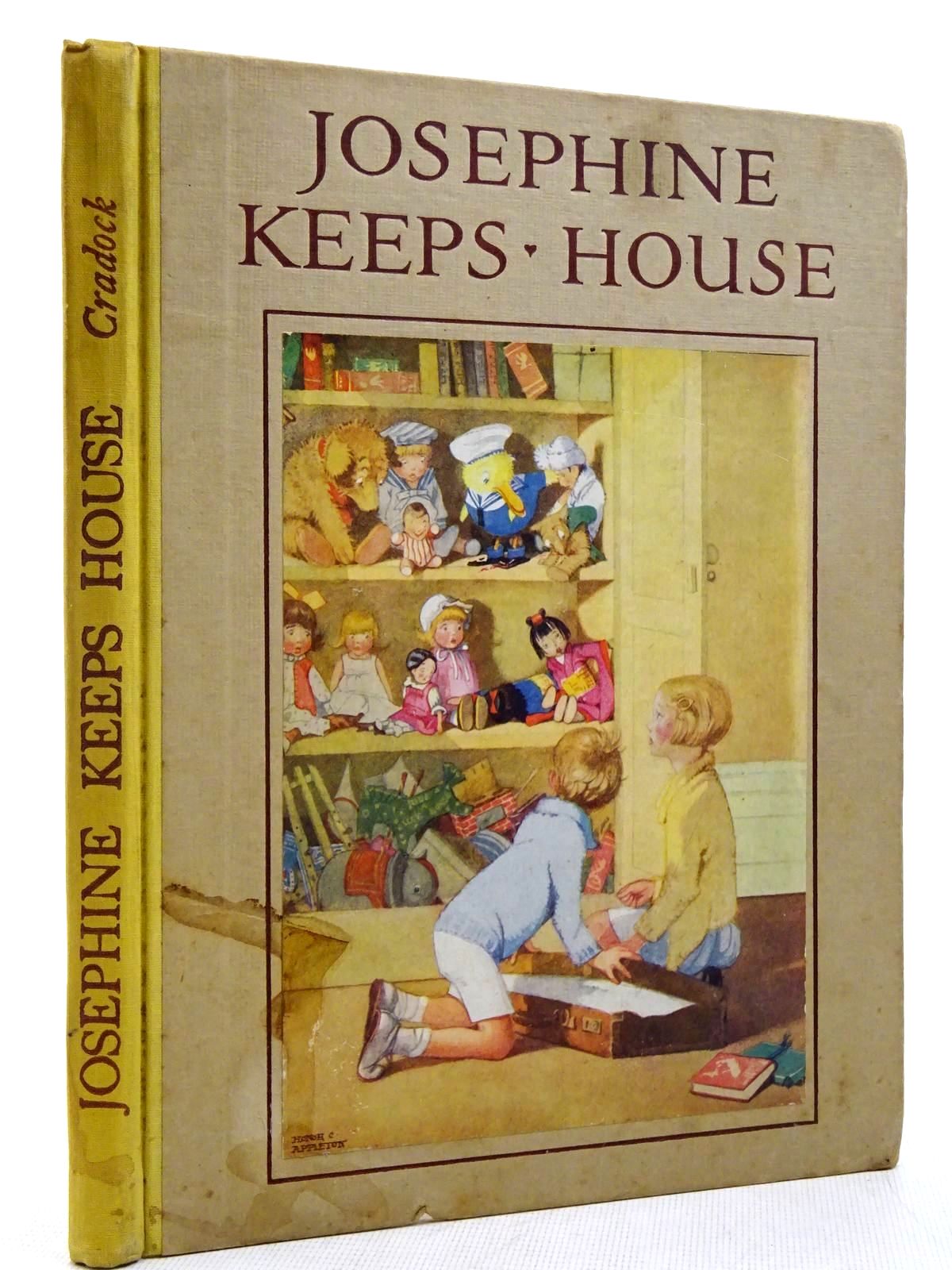 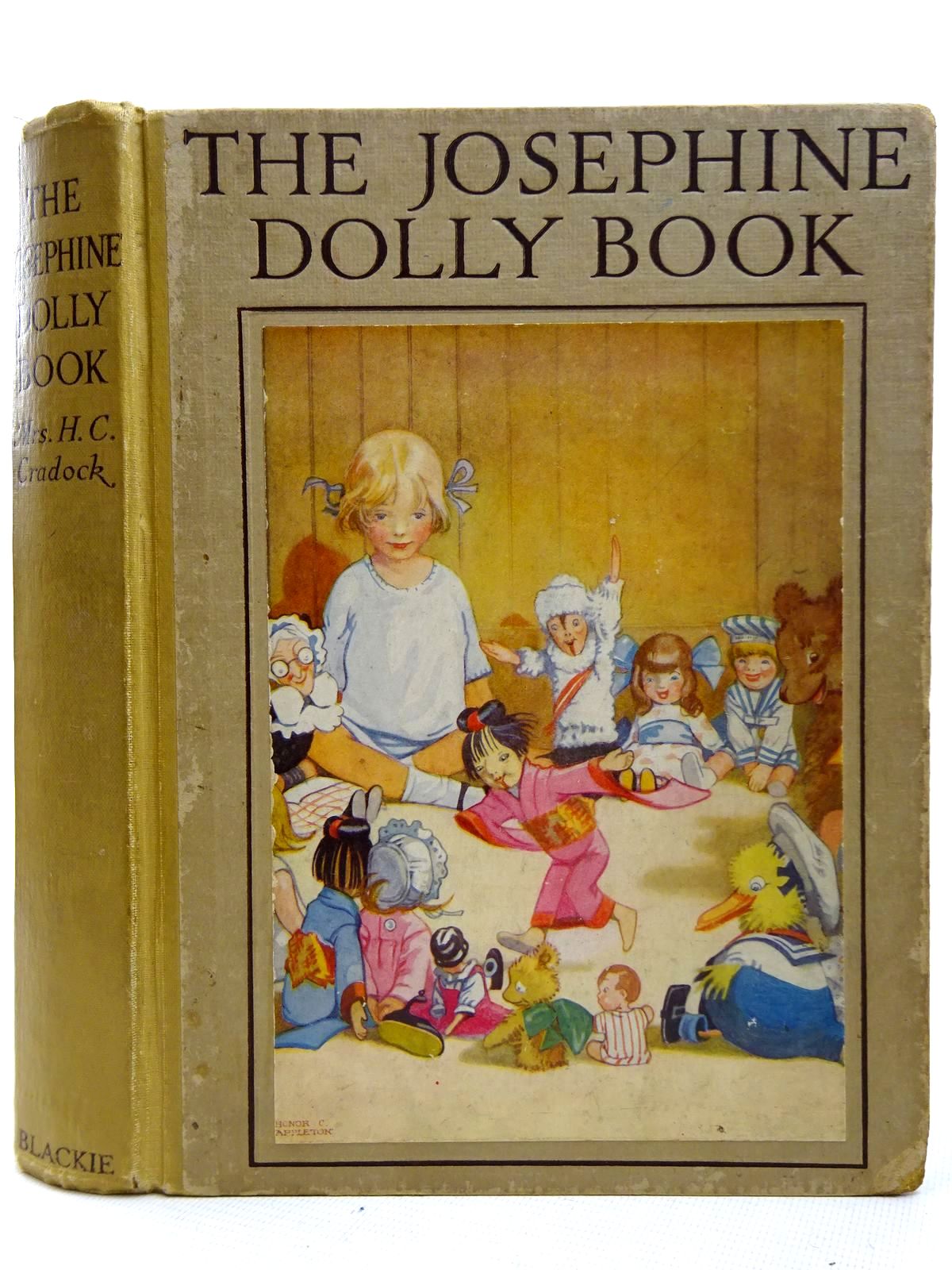 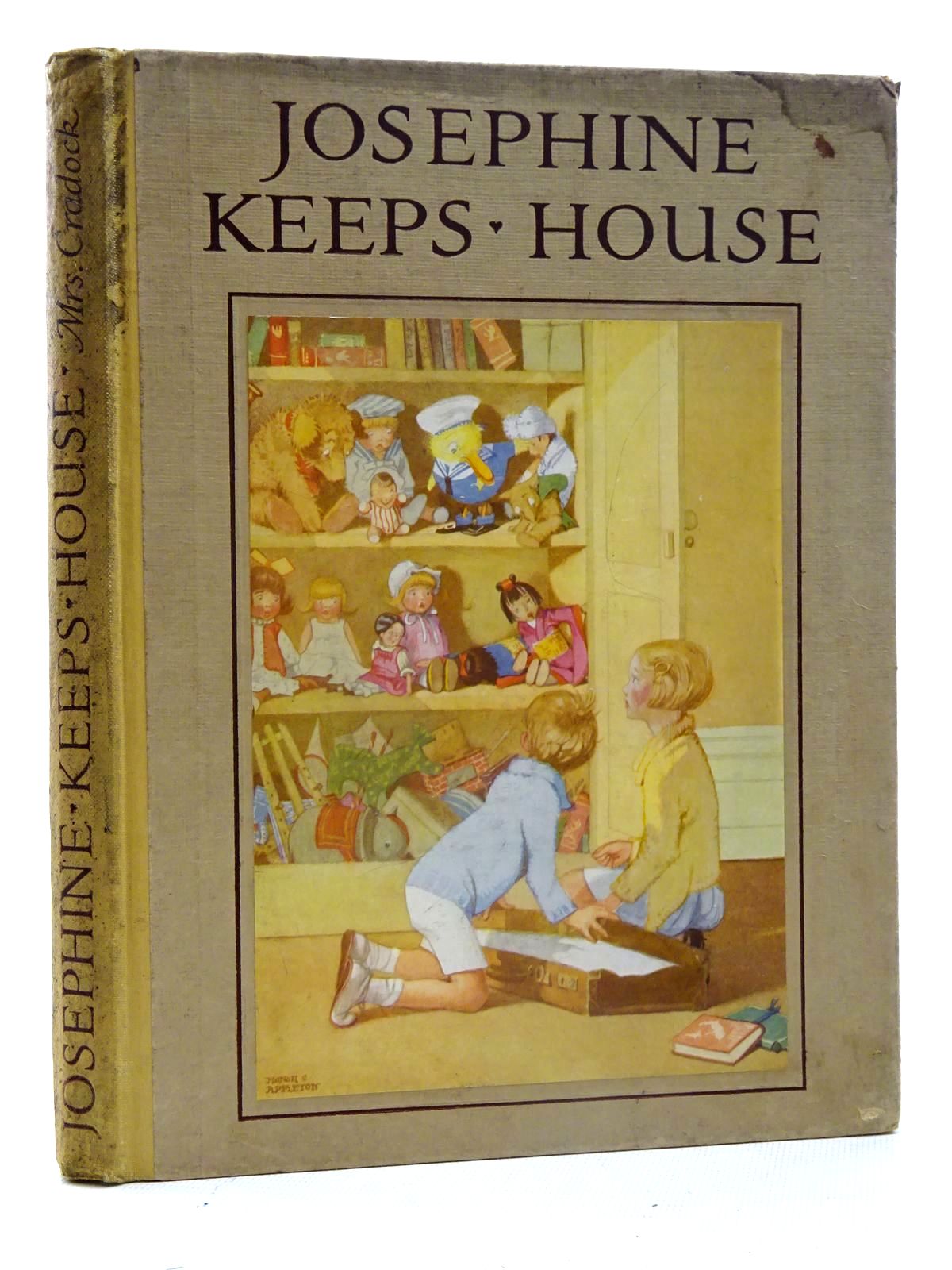 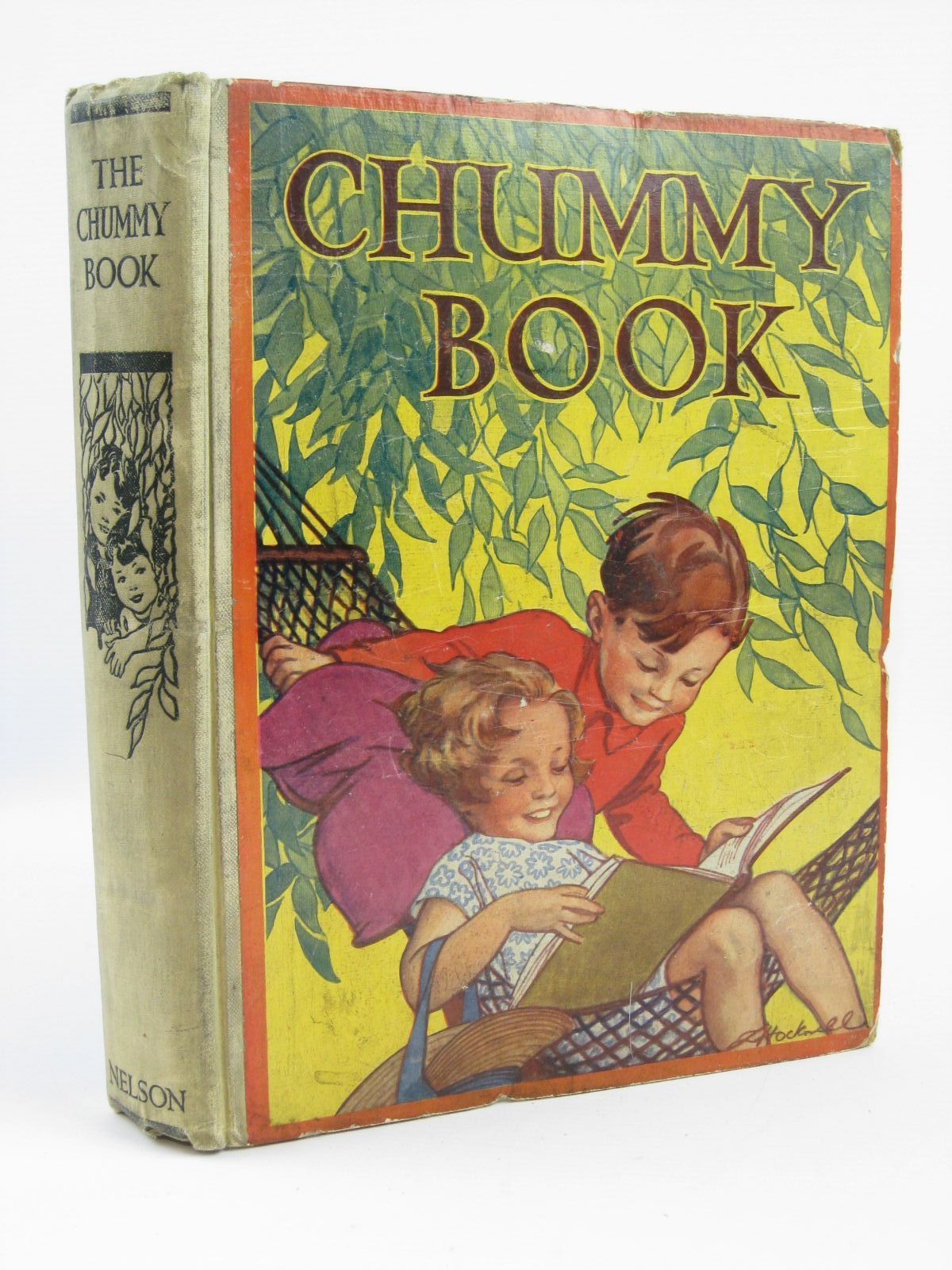 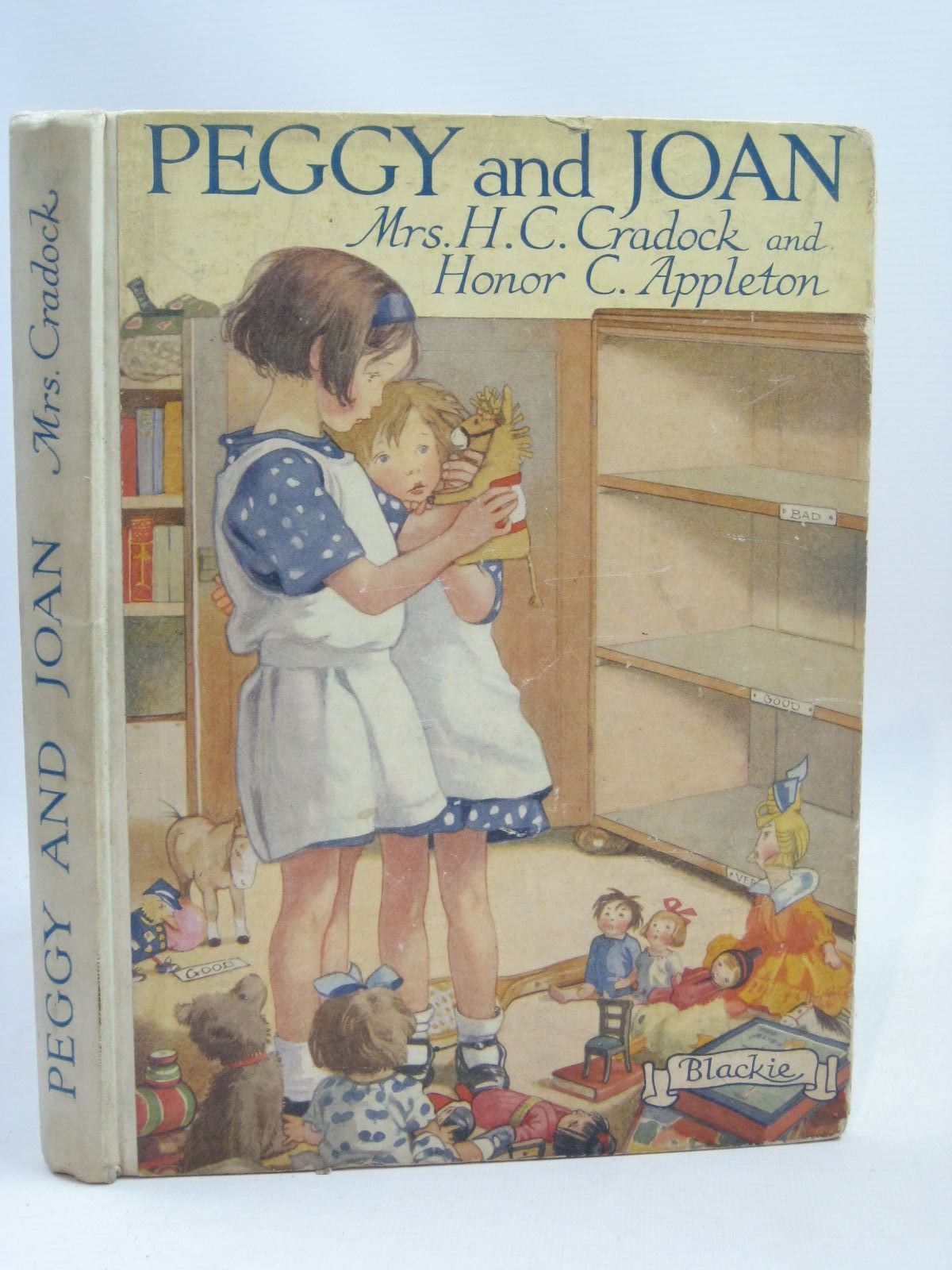 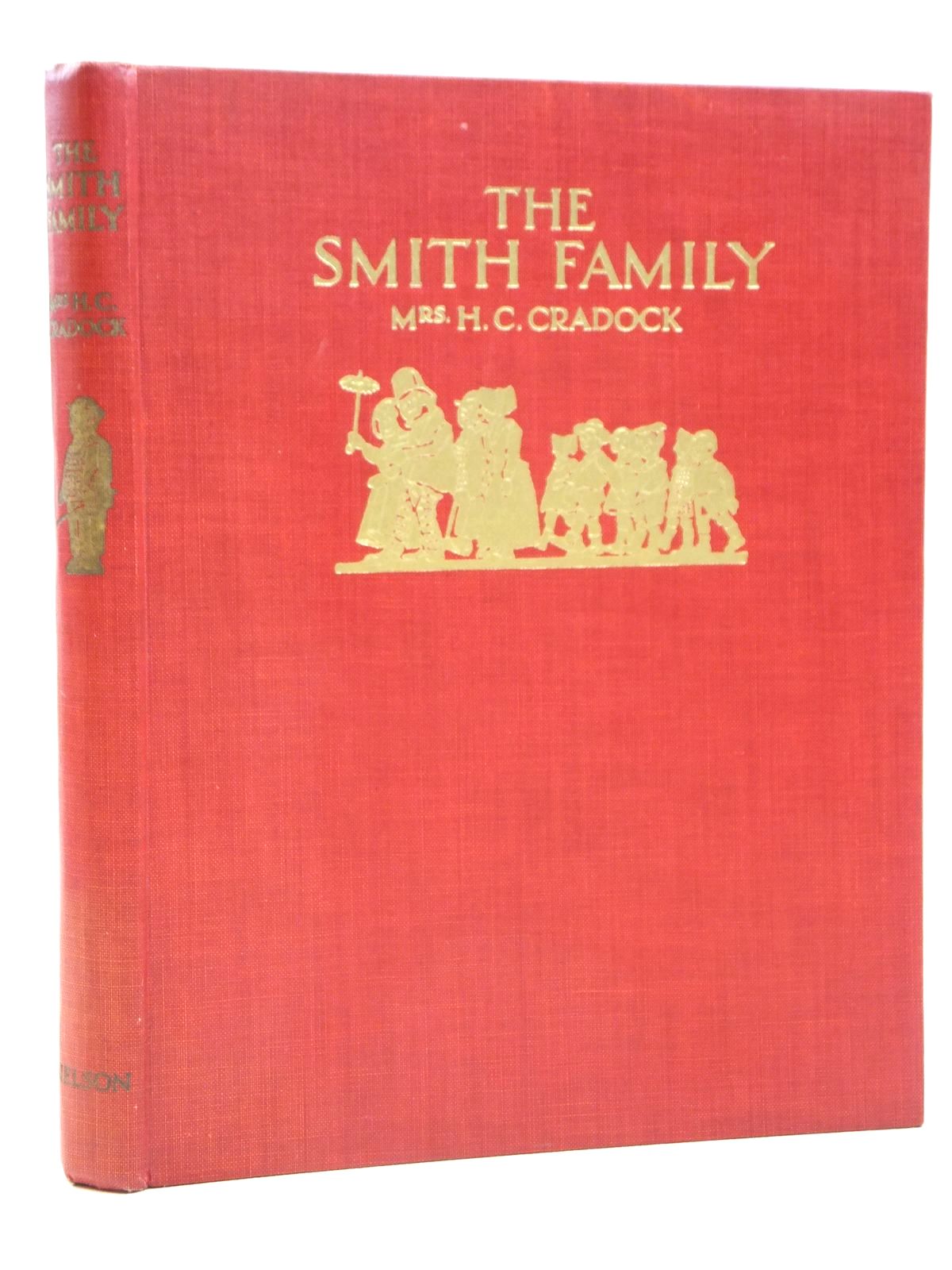 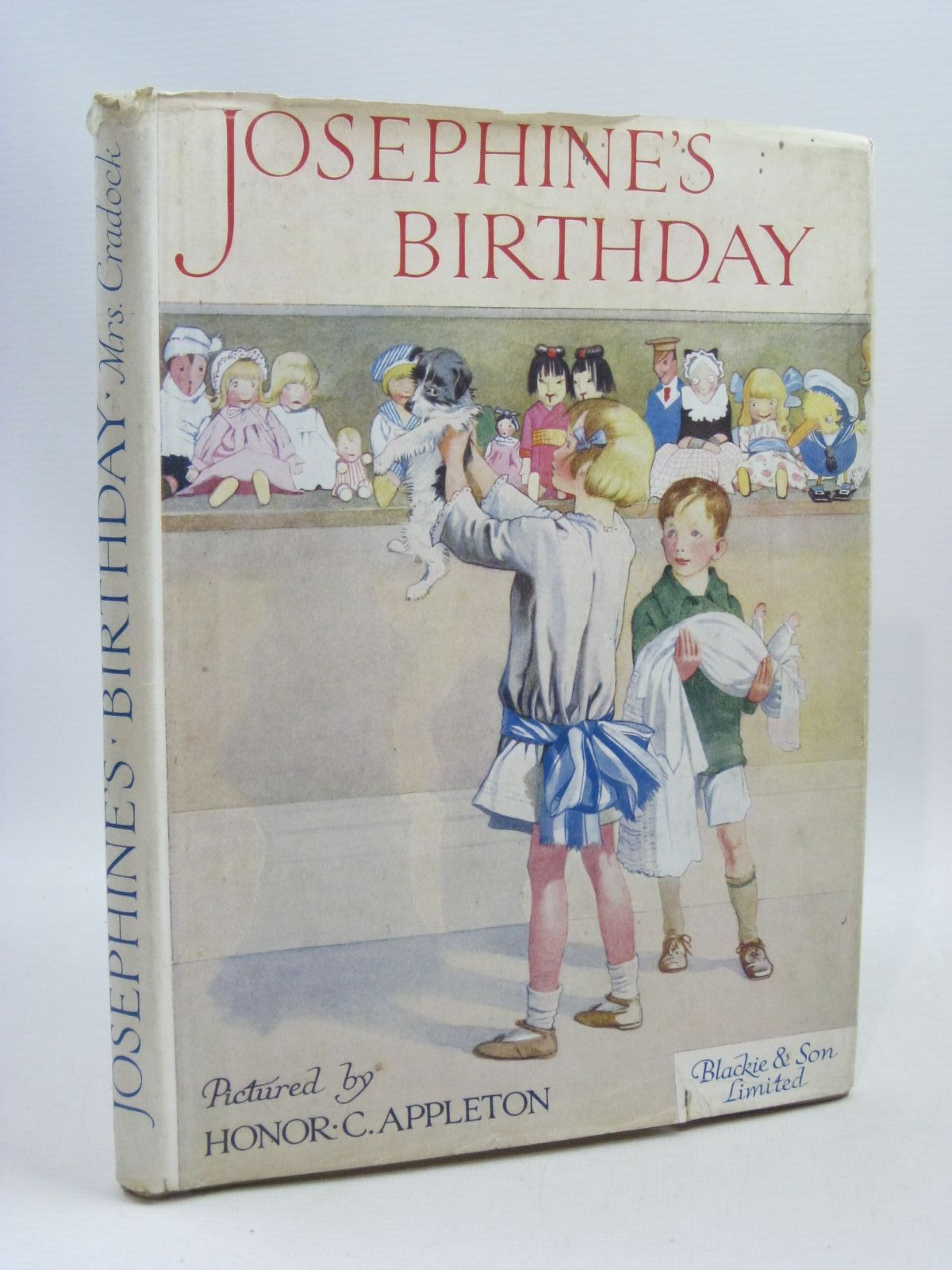 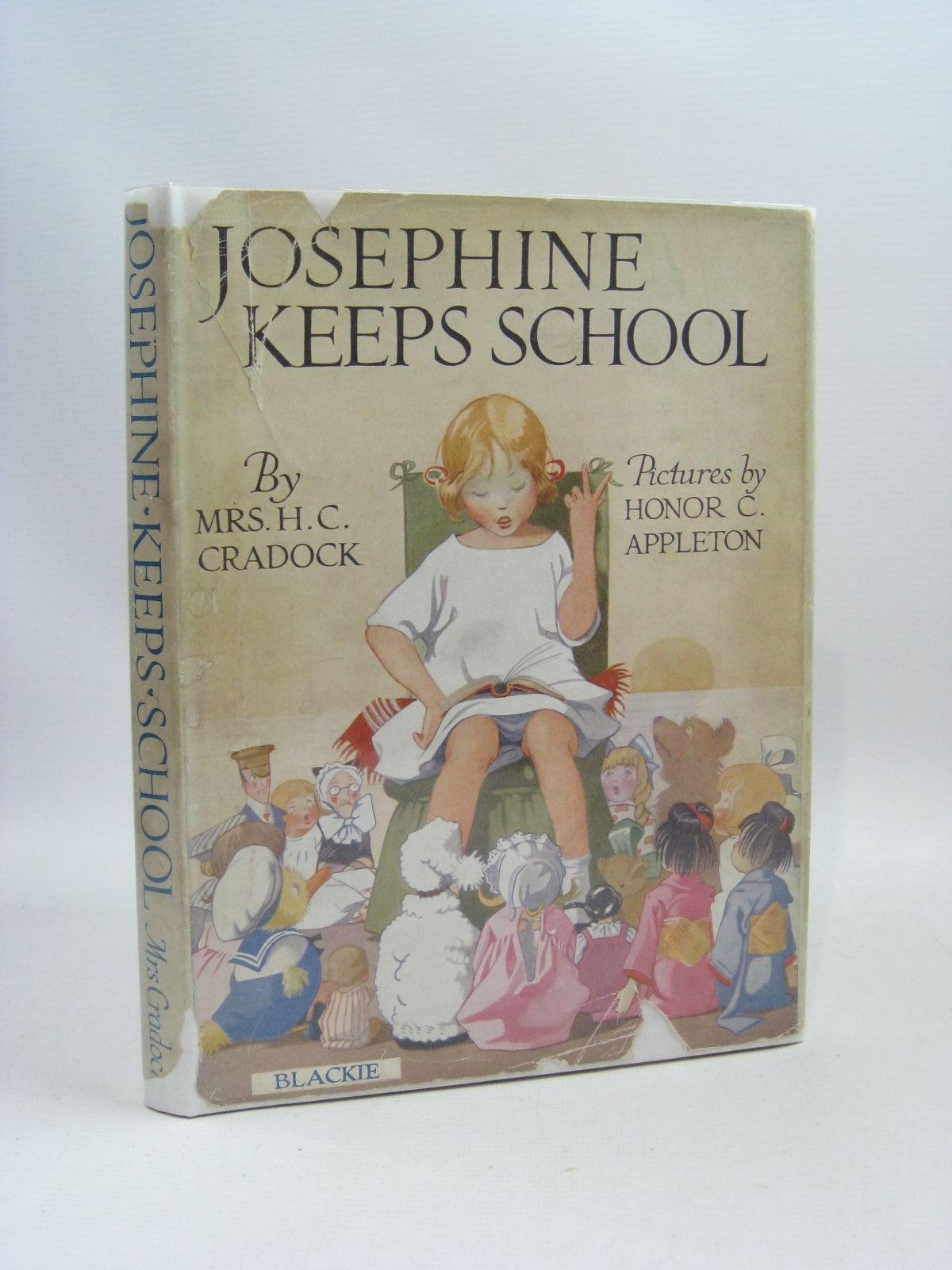