So how did Paisley in Renfrewshire become synonymous with a pattern that can trace its ancestry back to ancient Babylonia? Here is a potted history...

One of the main sources of food, shelter and house building was the Date Palm. The Date Palm came to be seen as the 'Tree of Life' and the tightly curled palm frond was a symbol of fertility and much prized by the Babylonians. 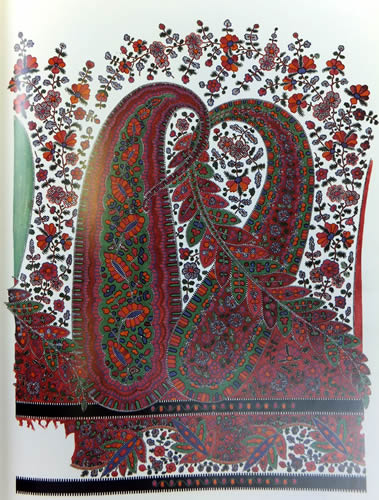 From Babylonia this motif was to spread all over the world. In India, particularly Kashmir, an early example of a shawl with this pattern dates back to the 1600s.

Kashmiri shawls were incredibly complex to make and it could take up to a year and a half to make one shawl!

The finest of these shawls were made from the down of a particular type of wild goat that lived in the Himalayas. In Spring, the goats would shed their hair on the rocks and bushes and this would be hand gathered and made into shawls. 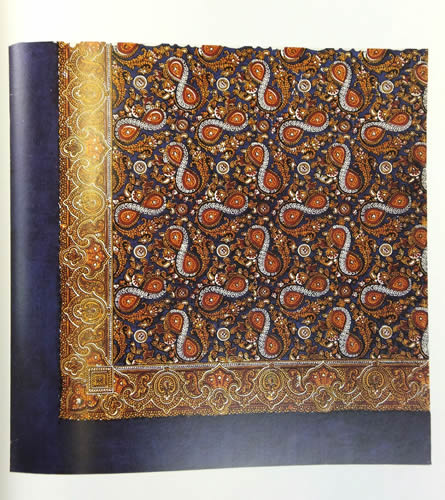 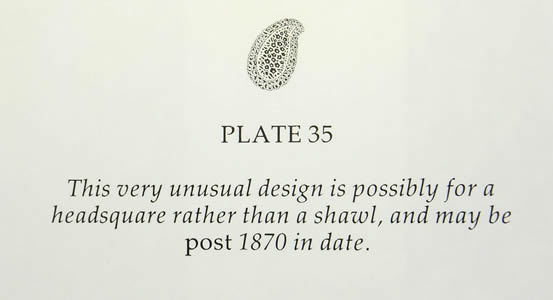 Pashmina shawls, shawls 'made from wool', were highly prized in Kashmir and were the gifts of princes.

The demand for the shawls increased when the British East India Company brought them back as gifts for their families. However there was a need to make them cheaper as one alone could cost between £200 and £300. 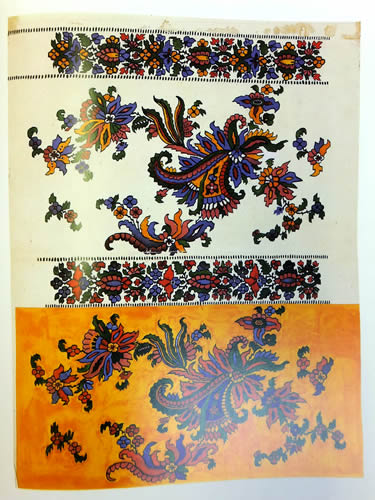 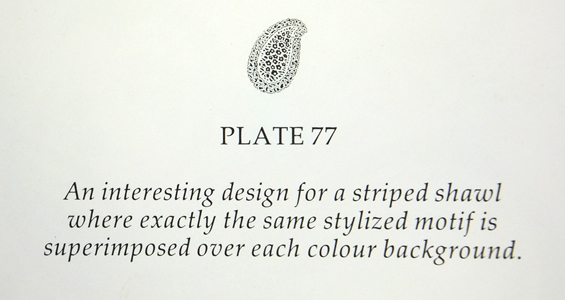 So here is where Paisley comes into the picture. The early 19th century wars with France left Britain with financial problems and the attempts to break the French naval blockade were confined to essential imports and not the silk which Paisley produced. Paisley weavers were thus out of work.

Production to imitate the shawls was initially set up in Norwich and Edinburgh but when an Edinburgh weaver took on too much work and couldn't fulfill his orders, he remembered the skilled workers of Paisley and the rest as we say is history! 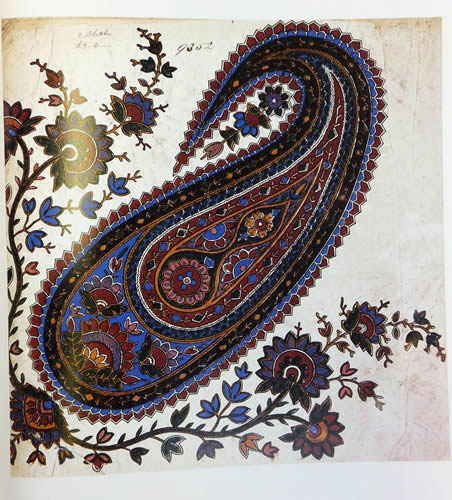 Above: A corner motif dating to the 1840s. The inscription(top left) reads '2 blotches £9-8',
presumably referring to the cost of having the blocks cut.

There are over a hundred colour plates in this fascinating book. 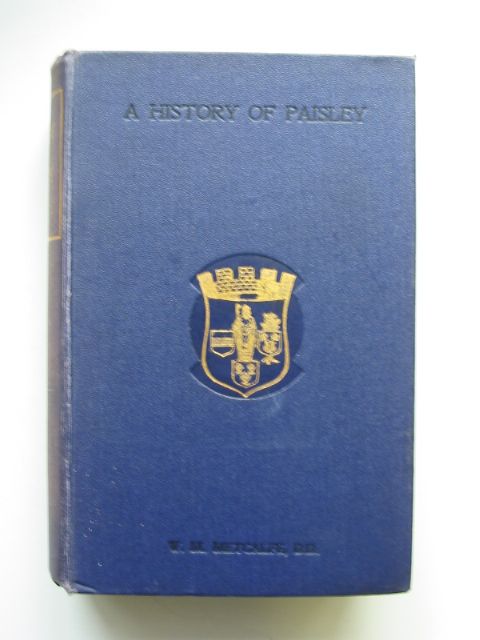