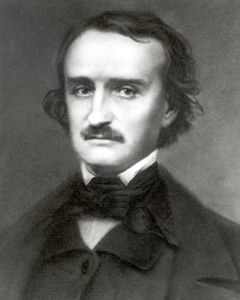 'Edgar Allan Poe is dead. He died in Baltimore the day before yesterday. This announcement will startle many, but few will be grieved by it.'

So begins the extraordinary obituary that appeared in the New York Tribune following the death of the pioneer American author and critic in 1849. Signed by “Ludwig”, the writer of this obituary was soon identified as Rufus Wilmot Griswold, an editor and critic that had borne a grudge against Poe since the early 1840s. But Griswold did not stop at the obituary: he arranged for himself to become Poe's literary executor, and set out to destroy the author's reputation in a breathtaking series of forgeries and revisions to Poe's writings. Although denounced by those who knew Poe, Griswold's biography (the only one available) was accepted by much of the general public, who no doubt were titillated by the thought of reading the words of an 'evil' man. 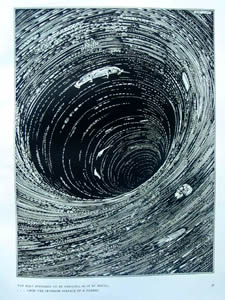 Born in January 1809, Poe's life was certainly far from settled and secure. Following his mother's death, and his father's earlier abandonment of the family, Poe was orphaned at the age of three and transferred to the care of John Allan, a prosperous tobacco merchant. Although the adoption was never legalised, Poe took the name Allan as his own but ultimately the relationship broke down amid arguments over Poe's drinking, gambling and requests for money.

Edgar Allan Poe was the first American author to try to pursue a living solely as a writer, a brave decision but one which meant that there were few periods in his life when he experienced financial security. His first work to be published was ' Tamerlane, and Other Poems' in 1827 – privately printed, it was a small booklet produced by the cheapest printer that Poe could find! It does not bear the author's name, but instead states it is 'By a Bostonian'. It is estimated that only 12 copies exist, with one selling at Christies New York for $662,500 in 2009.

Right: A Descent into The Maelstrom

Poe published a second book of poetry, Al Aaraaf, in 1829 but after winning a $50 'best story' prize in 1833 he was convinced that there was more money to be made from bizarre and grotesque tales than poetry. At the same time, he was becoming a highly skilled literary critic and a pioneer of 'exposure journalism'.

Poe's masterpiece 'The Masque of the Red Death' appeared in the May 1842 edition of Graham's Magazine, and around that time Poe developed a completely new style of tale - the first detective story, featuring Chevalier Auguste Dupin. Poe's third Dupin story, 'The Purloined Letter', became the model for the 'stolen document' plotline that has been re-used by many authors, including Arthur Conan Doyle ('A Scandal in Bohemia'). Some have calculated that 90% of subsequent detective stories were based upon the three Dupin tales. 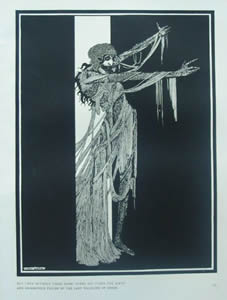 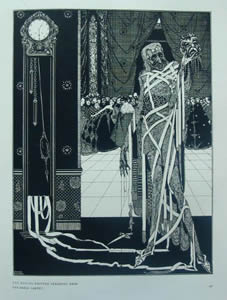 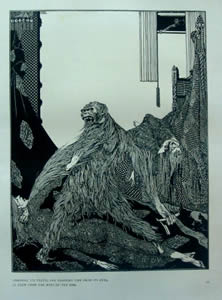 Above: illustrations from The Fall of The House of Usher, The Masque of the Red Death and The Murders in the Rue Morgue

Everyman's Library produced their own version of Tales of Mystery and Imagination over several decades, but one of the most effective editions was produced in 1919 and illustrated by Harry Clarke. The illustrations in the first edition are black & white, but a revised edition was produced in 1923 with eight colour plates.

Arthur Rackham illustrated an edition of Tales of Mystery and Imagination in 1935, although some people feel that Harry Clarke was the more successful in conveying the horror of Poe's writings. The Limited Editions Club produced another fine edition of the title in 1941, containing sixteen aquatints by William Sharp.

Despite his literary skill and a 'golden period' during which he found security as editor of Graham's Magazine, Poe's life ended in tragedy and mystery. When John Allan had died in 1834, he left nothing to Poe whose guardianship was transferred to his paternal aunt, Mrs. Clemm. In 1836 Poe secretly married Mrs. Clemm's 13 year old daughter, Virginia, who suffered poor health throughout her life and died prematurely in 1847. Following the untimely death of his wife, Poe's life became more erratic and in October 1849 he was found dishevelled and delirious, apparently wearing clothes belonging to somebody else. He spent several days in hospital, raving and slipping in and out of consciousness, before dying on October 7th. No final explanation has been accepted for the cause of Poe's appearance when he was found, and since then his death has baffled experts. A number of theories have been voiced, including a recent belief that he may have suffered from a brain tumour. 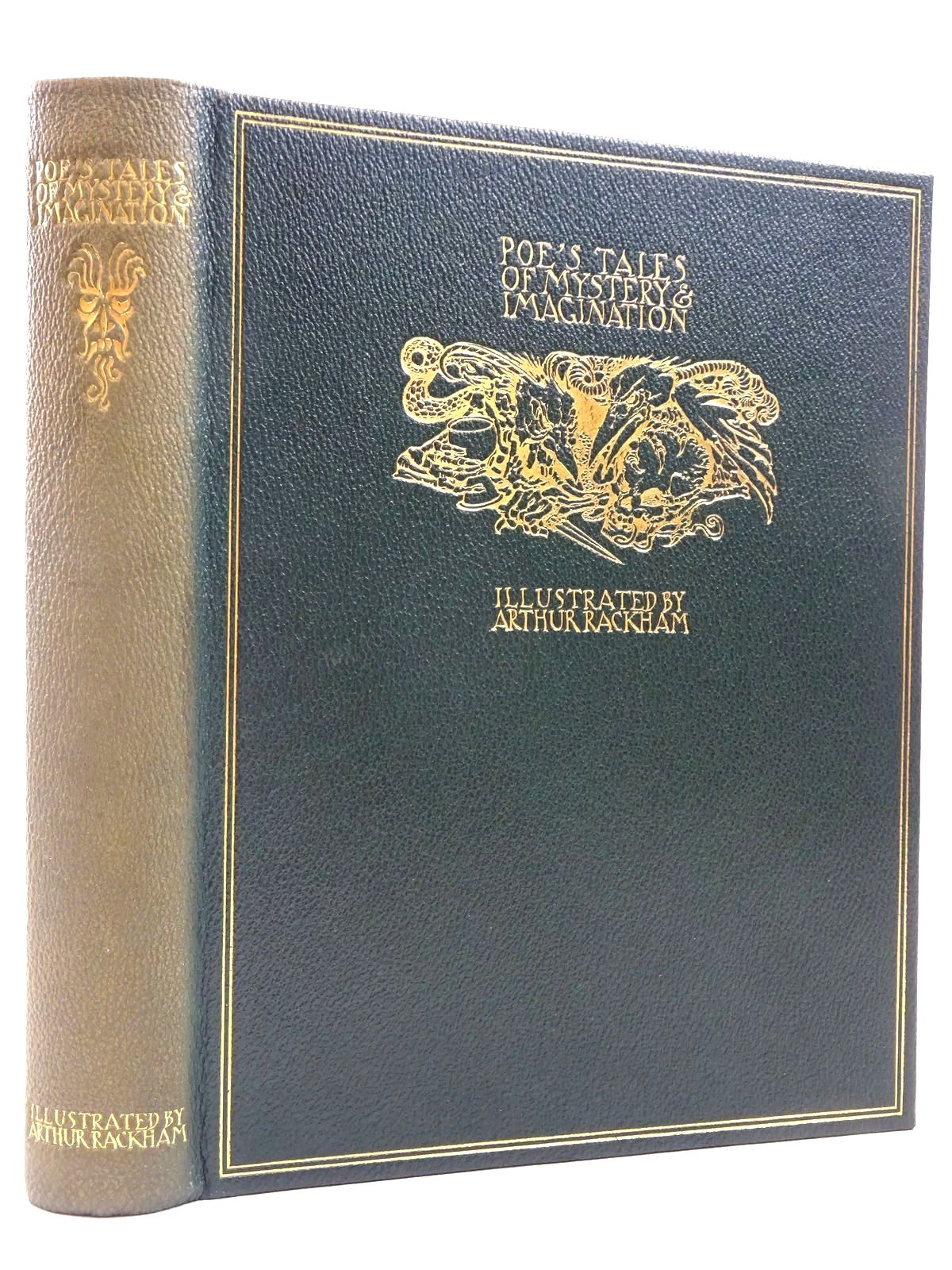