The Lion, the Witch and the Wardrobe by C.S. Lewis

As a child, one of my all-time favourite novels was (and still is) 'The Lion, the Witch and the Wardrobe' by C.S. Lewis. This is a fantasy about a land known as Narnia and was first published in 1950. There followed a further six novels, the full seven novels collectively known as 'The Chronicles of Narnia'.

The interesting thing about these novels is that they are not published in chronological order:

The Magician's Nephew
The Lion, the Witch and the Wardrobe
The Horse and His Boy
Prince Caspian
The Voyage of the Dawn Treader
The Silver Chair
The Last Battle

Narnia is a magical land where the animals talk and good battles against evil. Each chronicle, with the exception of The Horse and His Boy, features children who are magically transported to Narnia from our world. In the case of The Lion, The Witch and The Wardrobe, this would be through the back of an enormous wardrobe.

The story begins: 'Once there were four children whose names were Peter, Susan, Edmund and Lucy. This story is about something that happened to them when they were sent away from London during the war because of the air-raids.' On finding themselves in Narnia, Peter, Susan and Lucy set off on a quest to rescue their brother Edmund from the clutches of the White Witch with the aid of Aslan, the lion.

Aslan the Great Lion, is central to The Chronicles of Narnia. He is the only character to appear in all seven books. He is guardian of Narnia and his character has been described by C.S. Lewis as an alternative version of Jesus Christ in which Christ might have appeared in an alternative reality. C.S. Lewis was an adult convert to Christianity and The Chronicles have a large Christian following, used widely to promote Christian ideas.

The Chronicles of Narnia is C.S. Lewis's best known work and has sold over 100 million copies in over 47 languages. It has been adapted several times, complete or in part, for radio, television, the stage, and film. The Lion, The Witch and The Wardrobe has been adapted for film as recently as 2005. In fact, in this film, during a scene with Peter and Susan, one can see the Professor retrieving tobacco from a silver apple container, a clear reference to events stemming from his own boyhood journey into Narnia in 'The Magician's Nephew' when he was asked to retrieve a silver apple from Aslan's garden.

The Chronicles of Narnia have had a significant influence on fantasy literature in modern days. Philip Pullman's fantasy series His Dark Materials is seen as a response to The Chronicles.

J.K. Rowling's Harry Potter series was also influenced by the manner in which the children enter Narnia through a wardrobe - Rowling had this in mind when Harry is told he has to hurl himself at a barrier in King's Cross Station in order to find himself on Platform Nine and Three-Quarters where the train for Hogwarts awaits.

The name Narnia is based on Italian 'Narni', written in Latin as 'Narnia'. Narnia was originally a small town in Italy, in Umbria, halfway between Rome and Assisi. C.S. Lewis simply found that he liked the name and decided to use it.

Left: 'Aslan had just breathed on the feet of the stone giant'

I decided to use The Lion, The Witch and The Wardrobe as my featured book of February 2012 as we recently purchased a unique copy... It is a first edition, 1950, illustrated by Pauline Baynes. However, it has been re-bound in modern blue cloth with a gilt title to the spine. The dark blue endpapers have a marbled effect and a matching marbled dustwrapper has been created for this unique object.

What I really like about this particular copy is that is is contained in a miniature wooden 'wardrobe' lined at the back with dark blue velvet. Inside the door is an inlaid Pauline Baynes illustration of Lucy and the Faun, Mr. Tumnus, walking through the woods.

I would love to own this beautiful and unique copy! 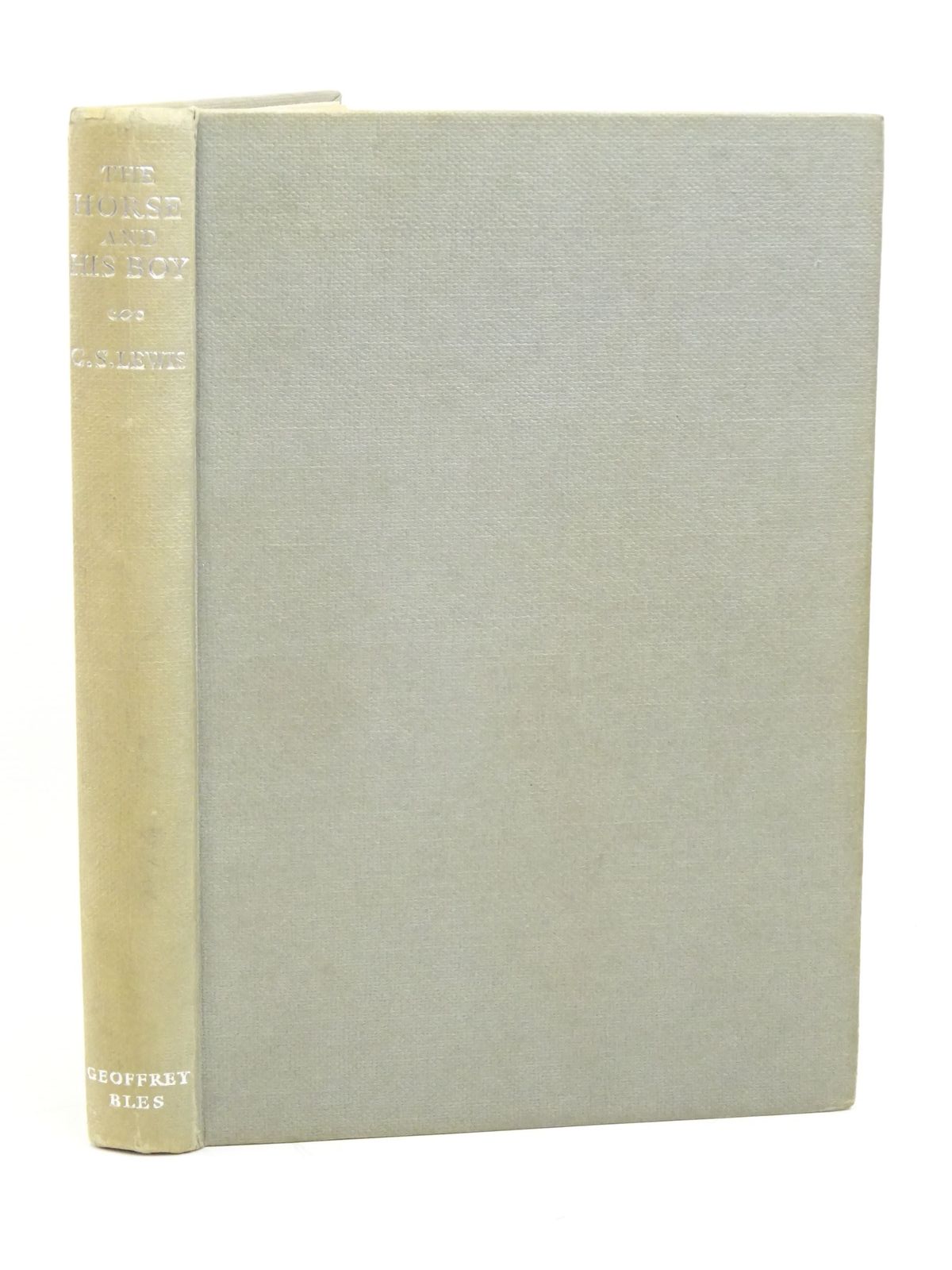 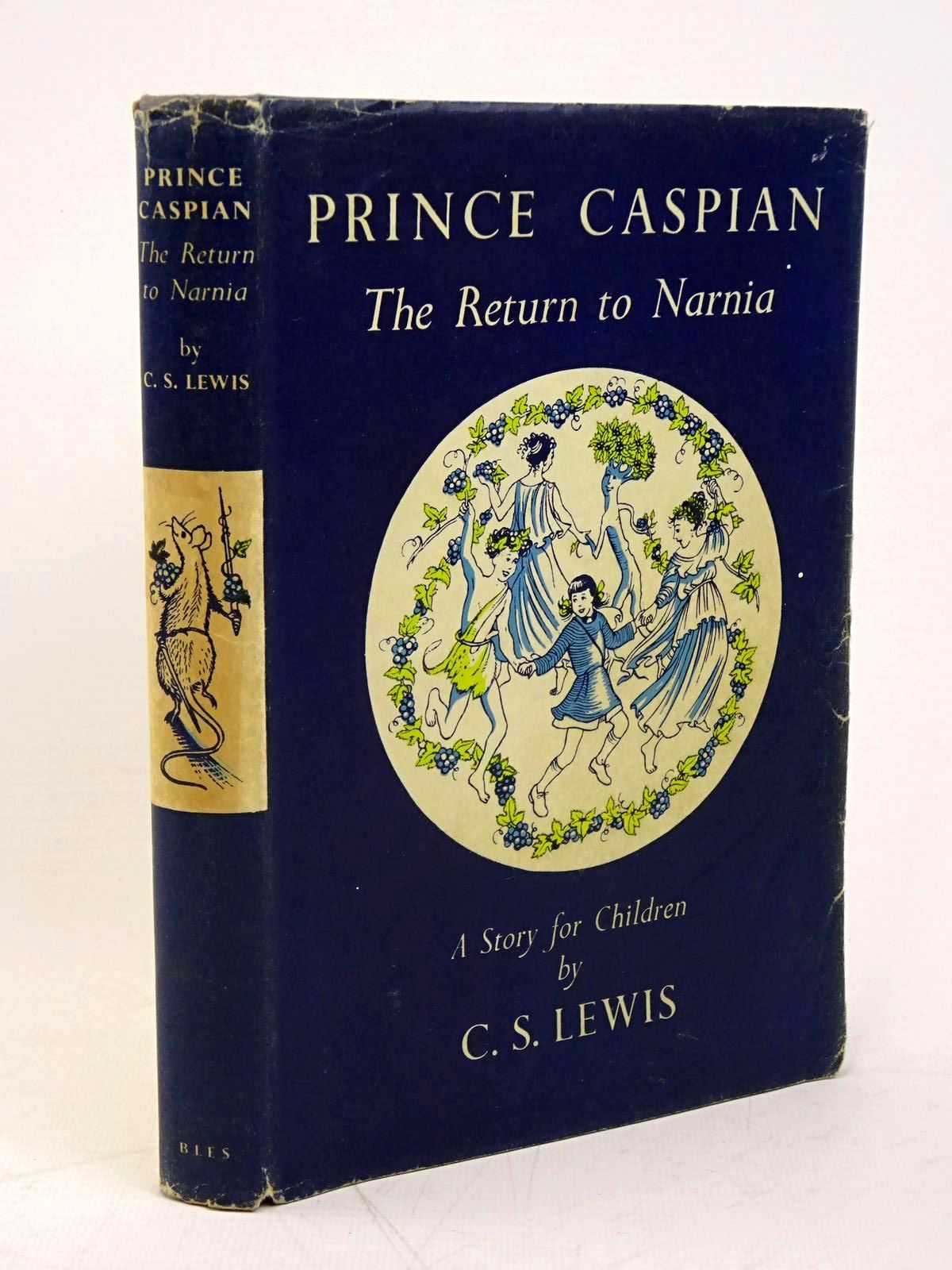 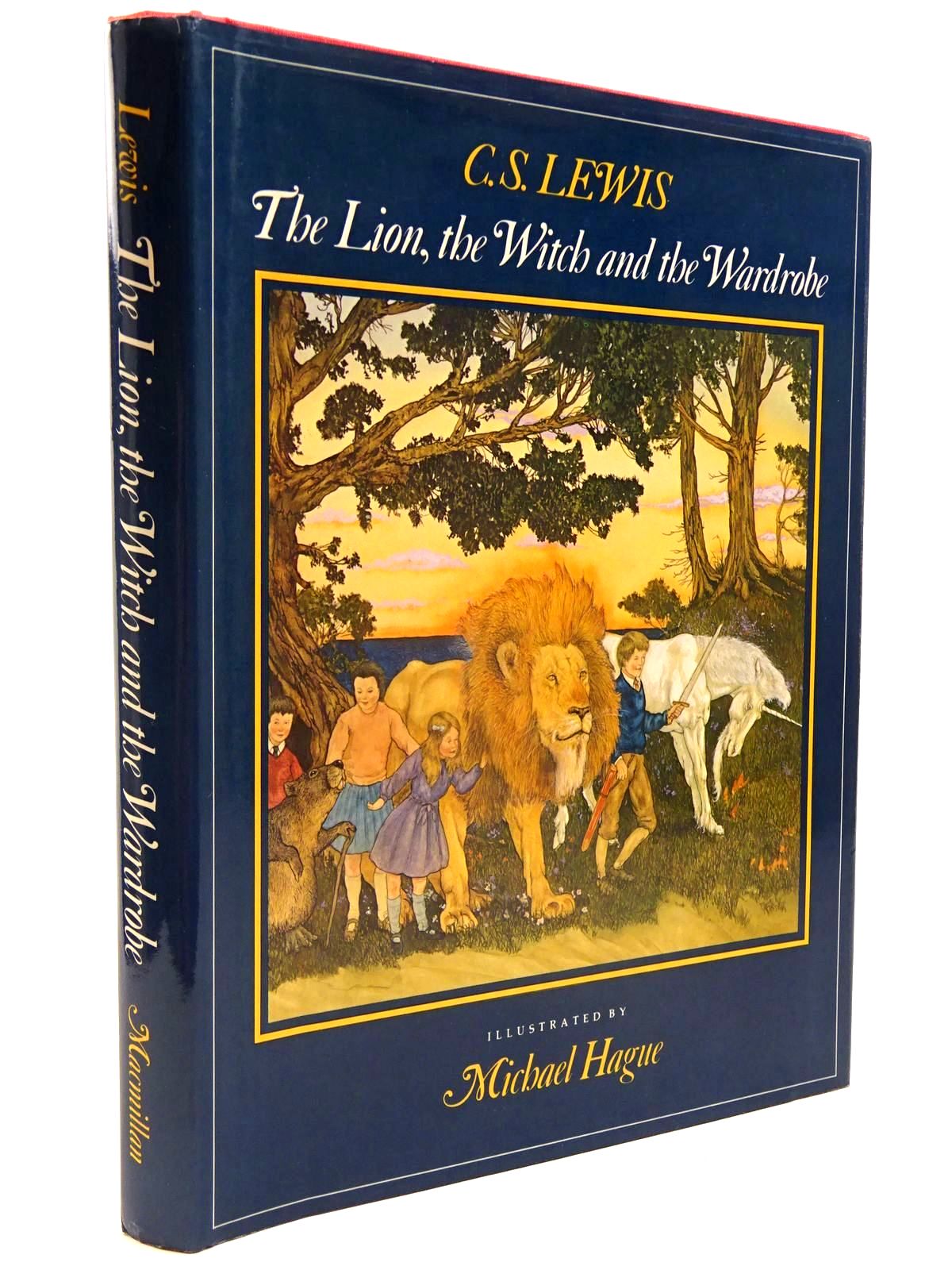 THE LION, THE WITCH AND THE WARDROBE
Lewis, C.S.. Illustrated by Hague, Michael. Stock no. 2130623
Published by Macmillan Publishing Co.. Circa 1983. Very good condition in a very good dustwrapper. 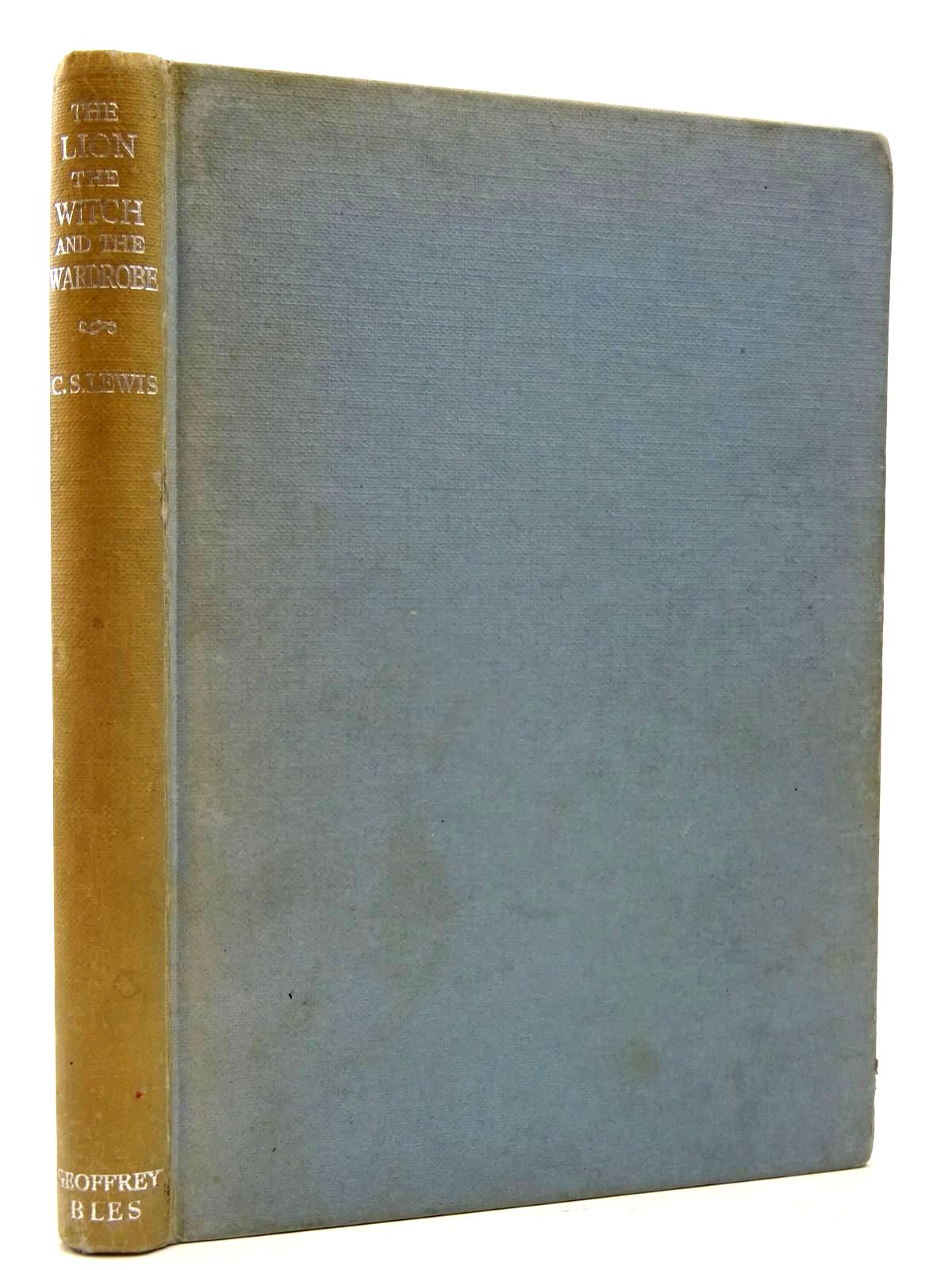 THE LION, THE WITCH AND THE WARDROBE
Lewis, C.S.. Illustrated by Baynes, Pauline. Stock no. 2130272
Published by Geoffrey Bles. 1954. Almost very good condition. 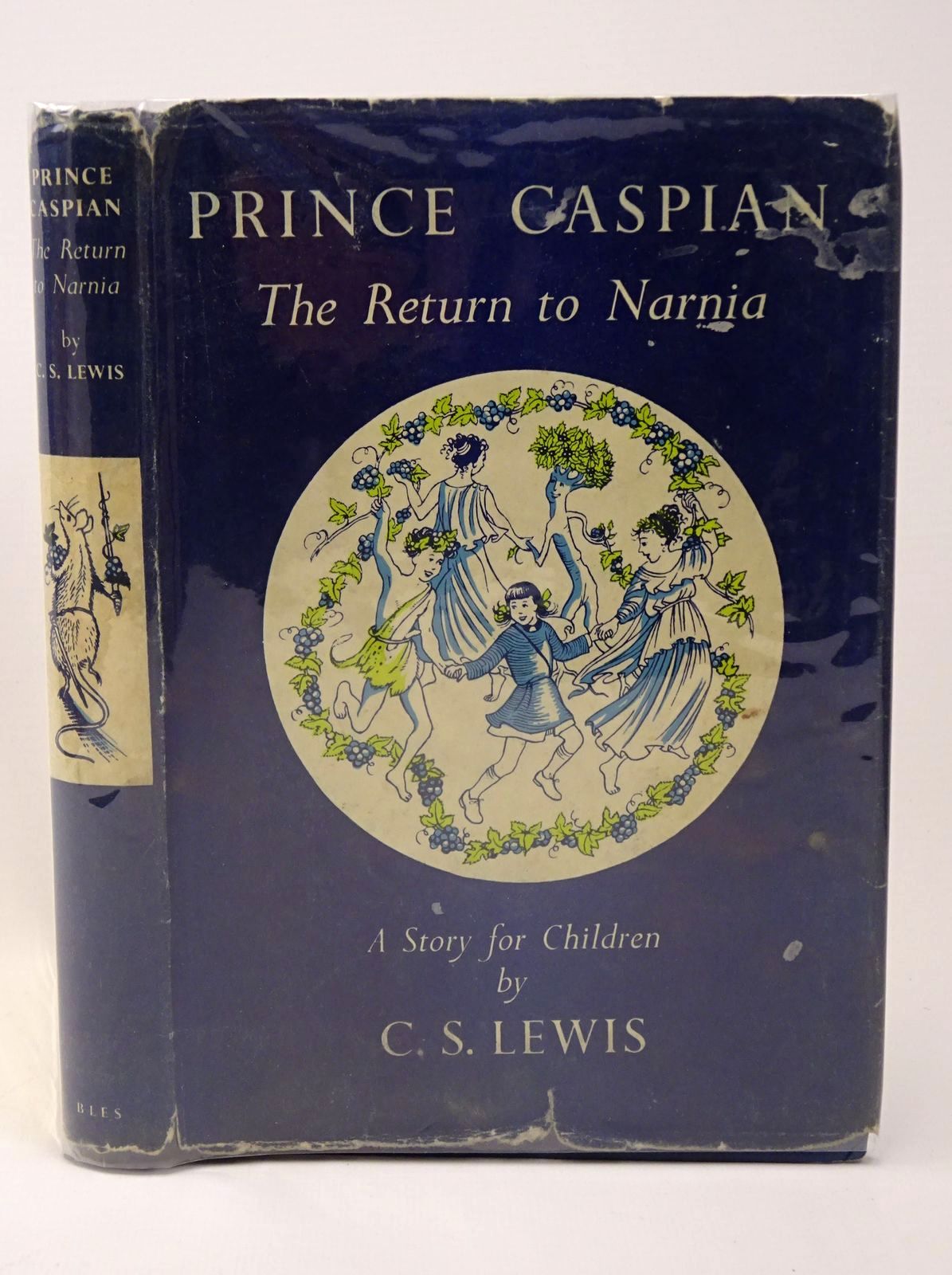 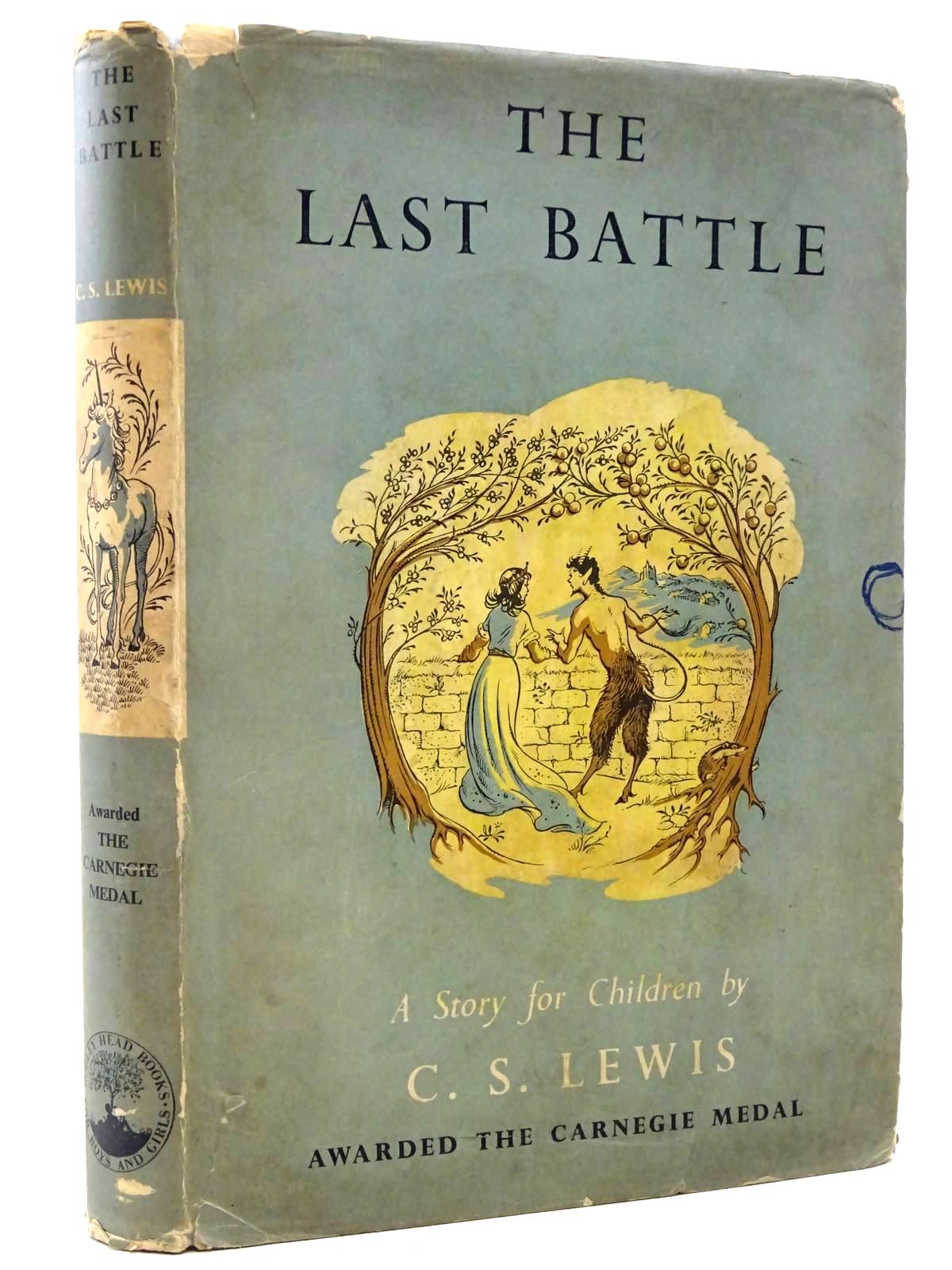 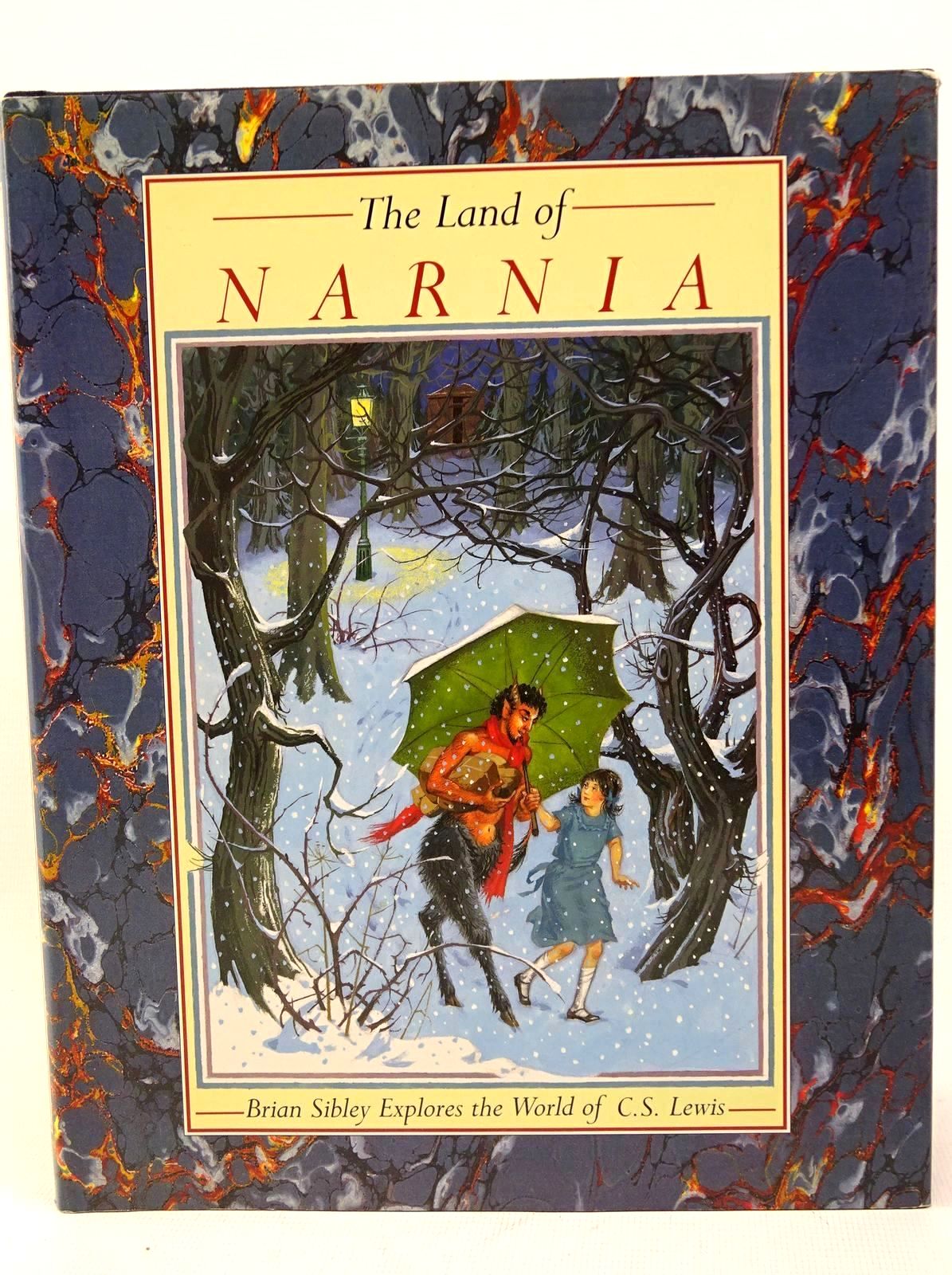 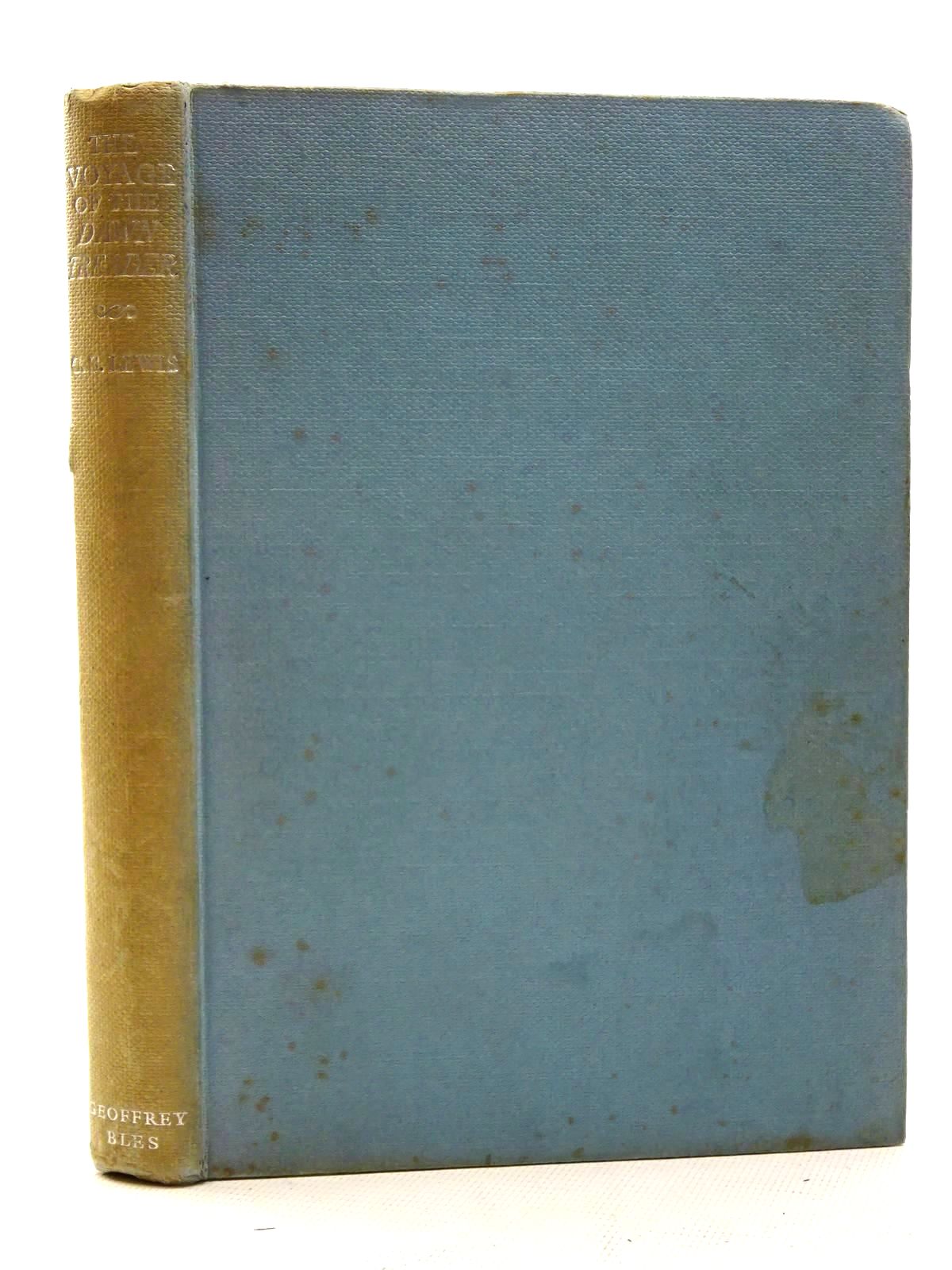 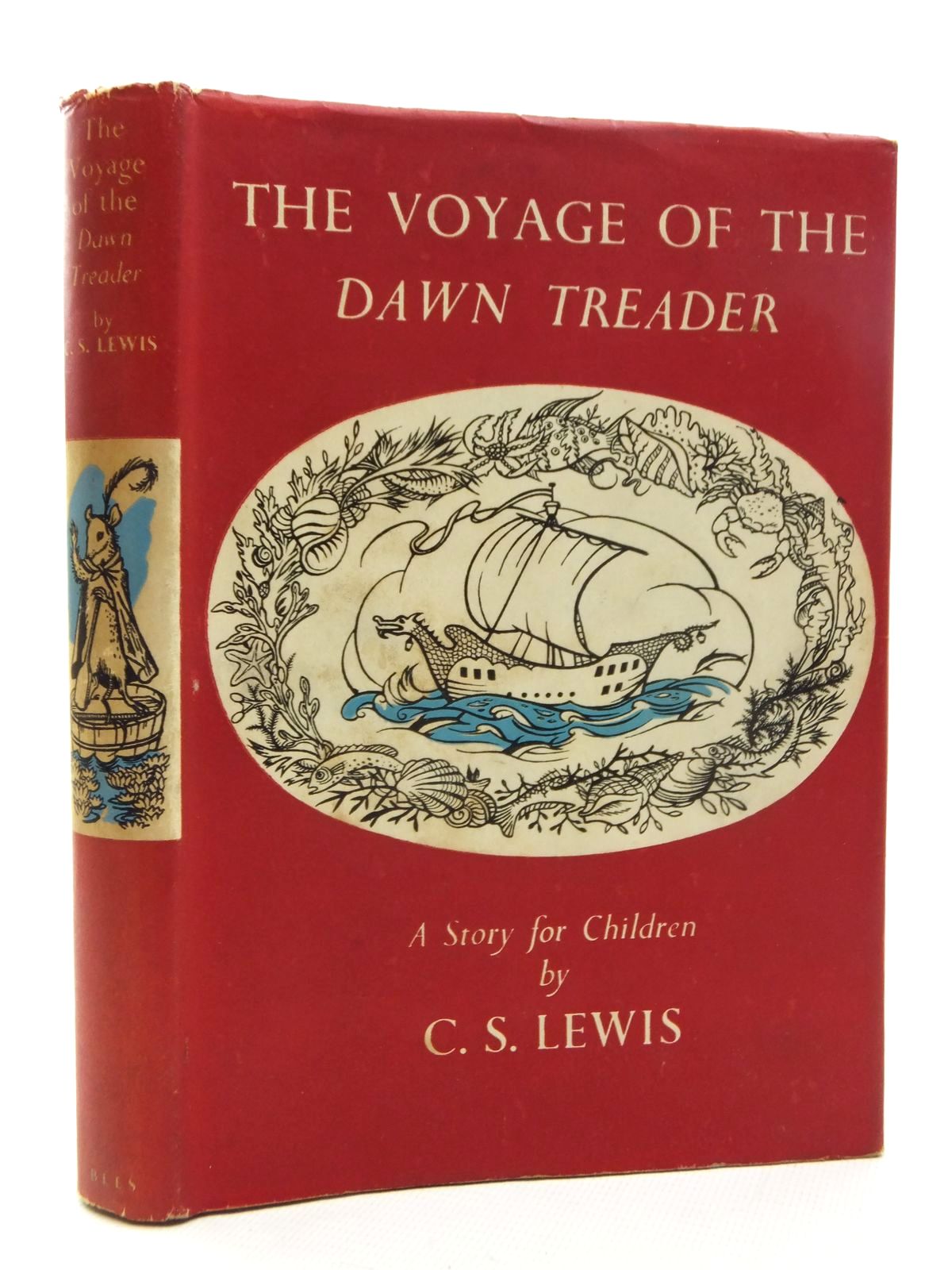 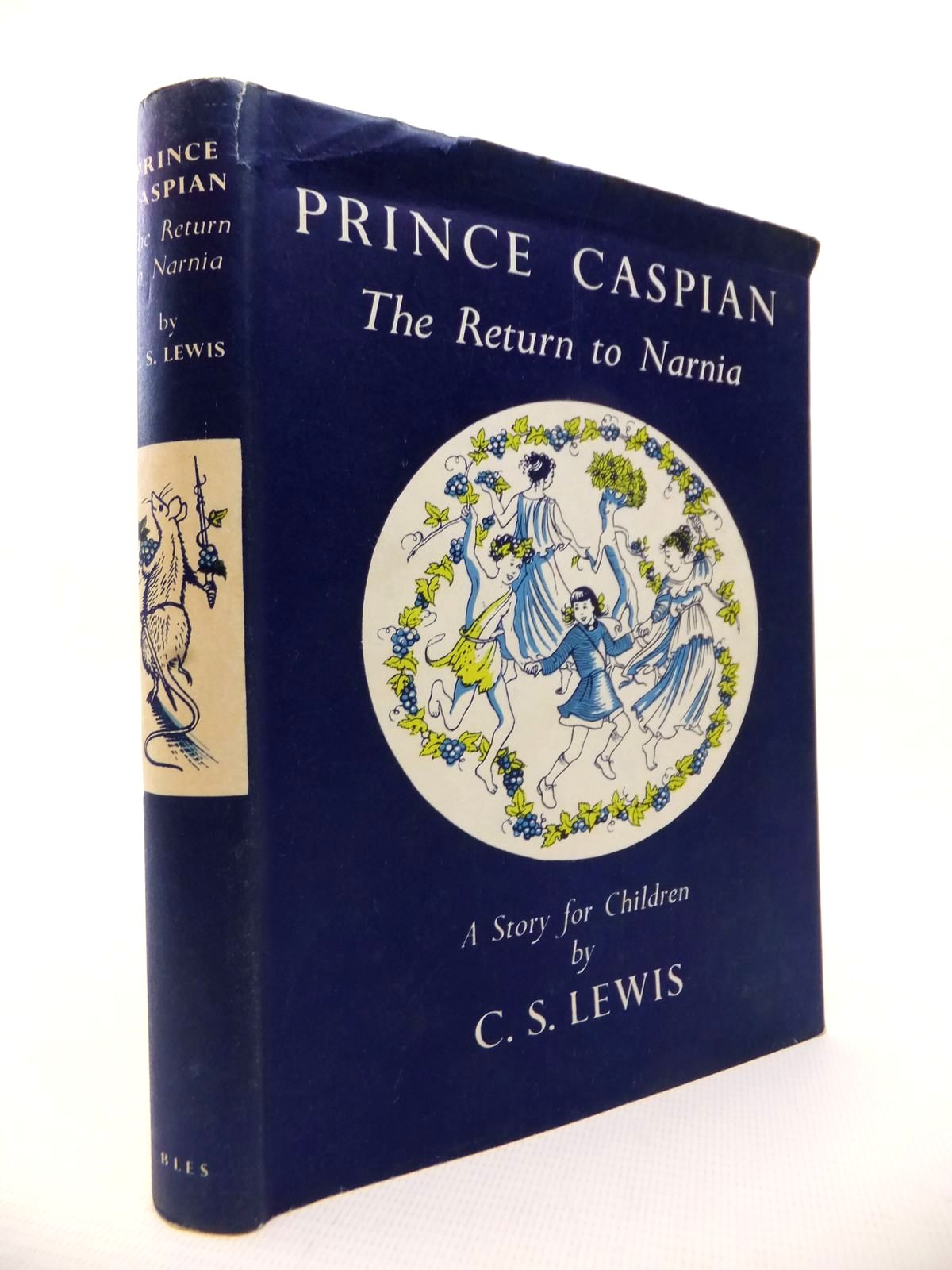 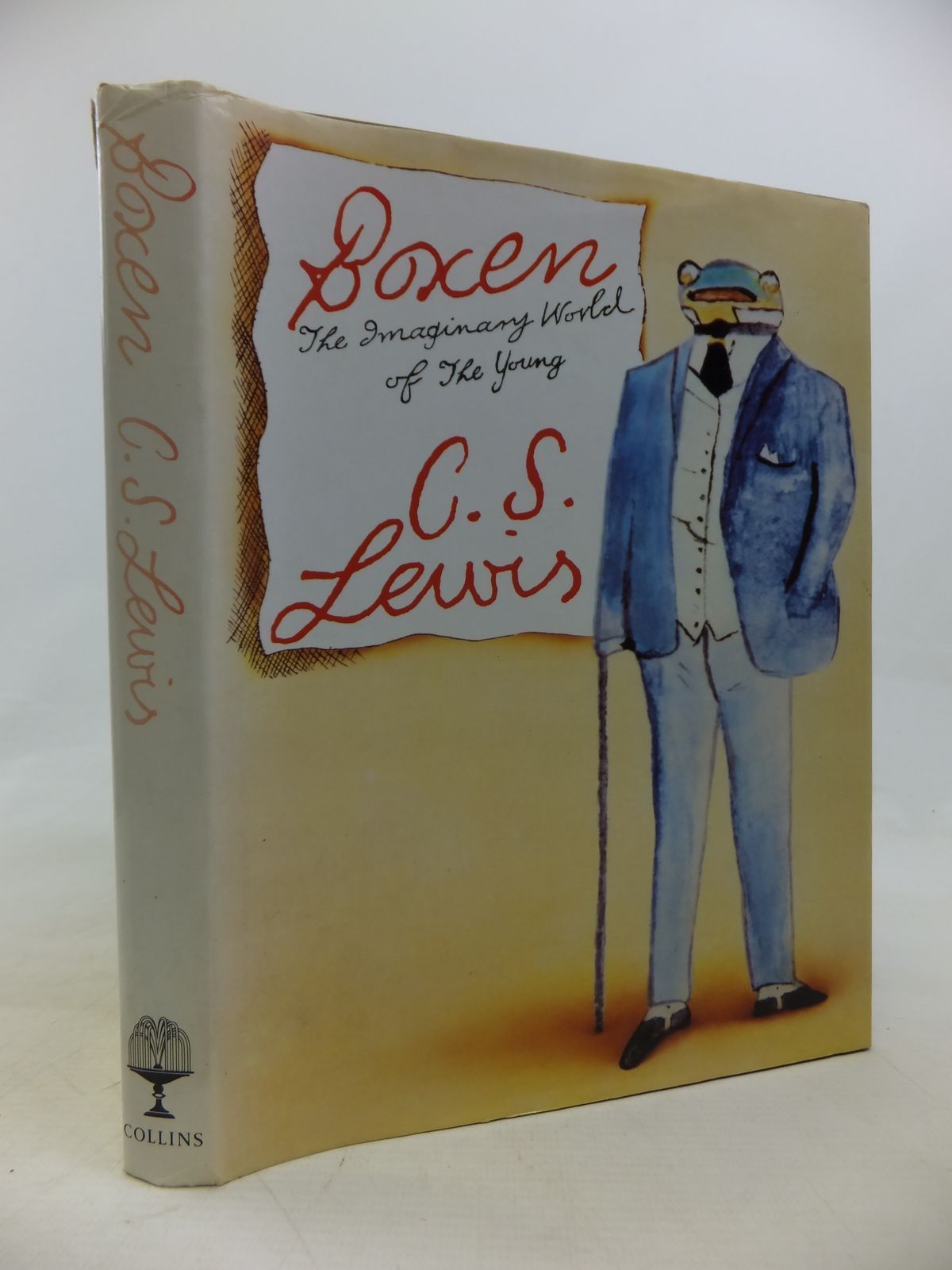 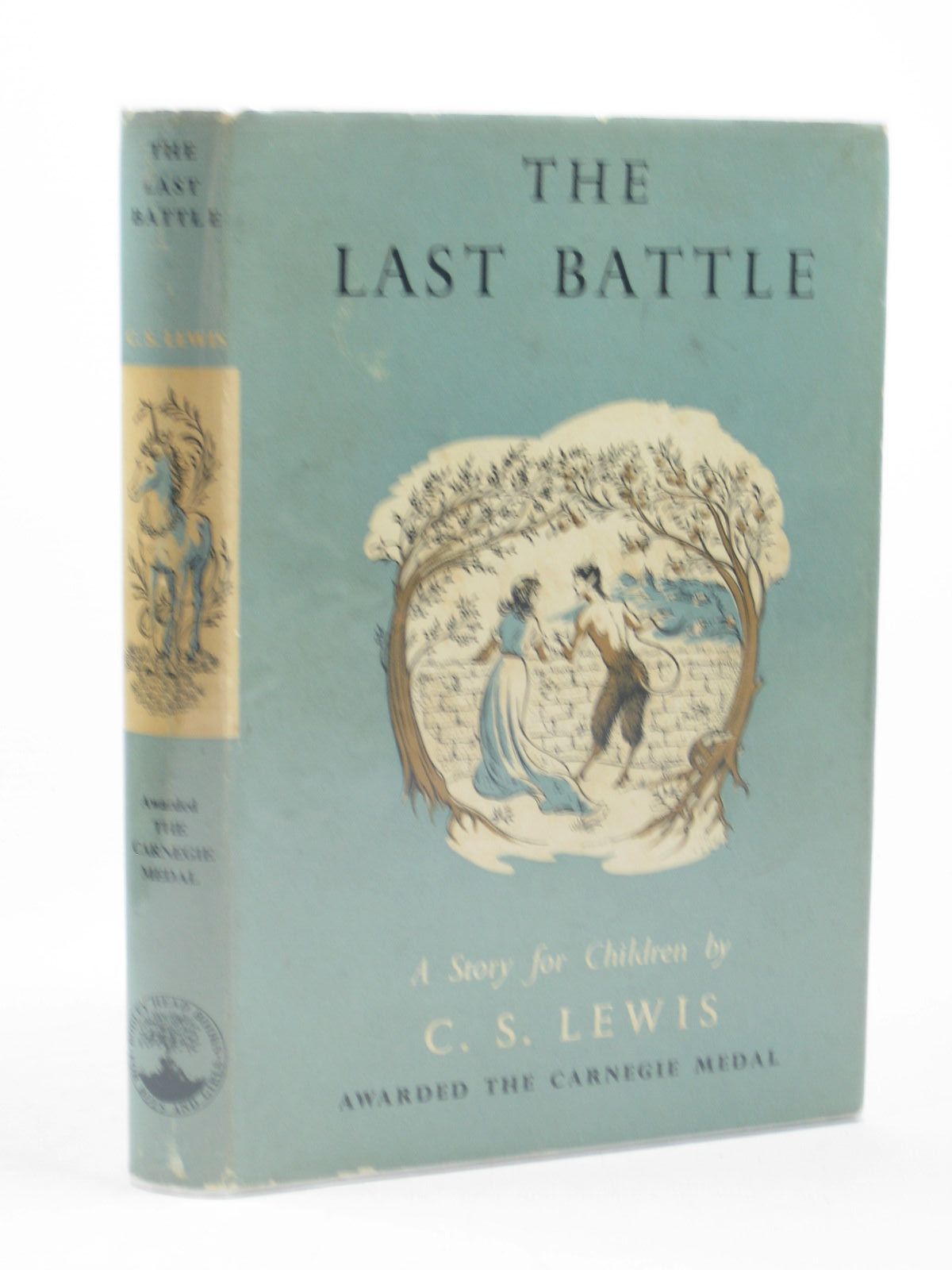