The Little Grey Men by 'BB' 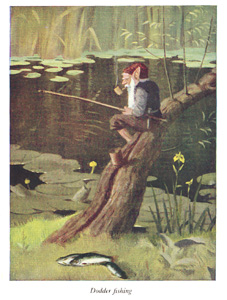 Can you guess what type of beings the Little Grey Men are? I bet you can... go on... guess! 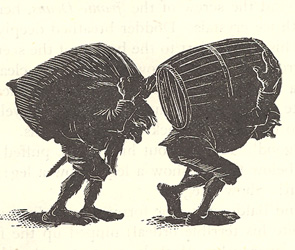 Yes, the little grey men are gnomes! Not only are they gnomes, but they are the only four remaining gnomes in Britain!

The three central characters of the story are described by the author as follows:

Baldmoney - "extraordinarily like the pictures of gnomes in fairy books, even to the pointed skin hat and long beard. He wore a short coat and waistcoat of mouse-skin with a strip of snake-skin round his middle; moleskin breeches tied in below the knee, but no shoes or stockings... He carried a hunting knife in his belt, made of hammered iron, part of an old hinge which he had found in the stream."

Sneezewort - "the youngest, was a little shorter than Baldmoney and was also clad in a mousekin coat and moleskin breeches, though, strange to say, he was without whiskers, which is unusual in a gnome... his round little face was just as red and puckered as Baldmoney's, and in some ways he looked older for he had lost most of his teeth and gnomes don't know how to make false teeth." 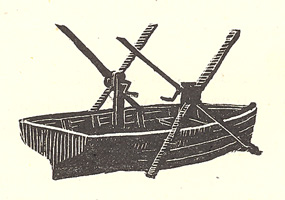 Dodder - "the eldest and wisest of the three, was the shortest in stature, but that was because he had a wooden leg...His beard was a beauty, it hung below his belt, almost to his knees, and would have been snow white if he had not dyed it with walnut juice... Unlike the others, Dodder wore a coat and breeches of batskin, with the ears left on. He drew this almost over his head in cold weather, so that he looked like a very curious elongated bat without wings." 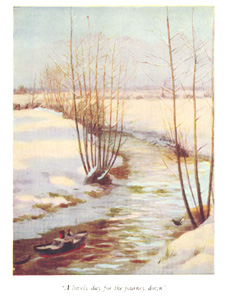 The story starts in Spring when Baldmoney and Sneezewort set off from the Oak Pool in their handmade boat - the Dragonfly (Dodder is a stubborn gnome who and doesn't want to leave the Oak Pool and only catches up with his brothers later on when he gets lonely on his own). Unfortunately, one of the paddles of the boat breaks and they lost control of the little boat which capsizes, but thankfully no gnomes were hurt! Later in the story Dodder finds the empty Dragonfly and assumes the worst has happened to Baldmoney and Sneezewort !

The three gnomes have many amazing adventures along the way. There is the terrifying incident with the stoat which nearly catches them, and their stay in Crow Wood, when they make friends with Squirrel, and where Giant Grum (the human keeper of Crow Wood) shoots and kills Otter! Otter had helped Dodder find his way up the Folly brook and reunited him with his brothers. Dodder feels so guilty about the death of his poor friend that he prays to Pan for help in ridding Crow Wood of Giant Grum and receives an answer - the death of Giant Grum - after which there is much banqueting by the animal folk and Dodder is named 'Dodder the Giant-Killer'! 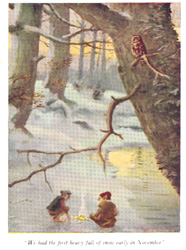 The gnomes continue their journey in search of Cloudberry using the Dragonfly (Baldmoney is very good at repairs) but disaster strikes again and they soon get marooned on Poplar Island after a storm on the lake. They quickly extinguish all food supplies and lose their only fishing line to a rather large Perch but, just when all hope is lost and the gnomes believe they are to perish on the island, Dodder comes across a toy steam boat - the "Jeanie-Deans". What luck!

The Jeanie-Deans was the perfect size for the gnomes and after working out how it ran they set off again up the Folly. After a few quiet days on the Folly they notice a smell in the air and realise that they are being tracked by a "wood dog" (a fox to you and me). Poor Sneezewort almost ends up as the dog's dinner! Thankfully though, Dodder is a very wise old gnome and manages to get them all out of the sticky situation by means of another quick prayer to Pan.

The gnomes decide that they have to turn home before winter really sets in. By the time they approach Oak Pool again it is snowing. When they round the corner of the Folly and set eyes on their house they notice that someone has lit a fire! Who could it be!? The gnomes have the greatest thrill of the whole adventure when the door opens and there, waving frantically, was Cloudberry! He looked just the same as when he left Oak Pool two years before, though perhaps a little thinner.

It turns out that Cloudberry had been diverted from his original goal of finding the Folly source by the wild geese who asked him to go to Spitzbergen with them - how could he refuse such an offer? Of course, he was able to get a lift back with them too.

The story finishes with Dodder producing a shell of his precious Elderberry 1905 wine and lots of high revelry and fun being enjoyed by all the Stream People who could squeeze into their tiny little house!

"The Little Grey Men" was originally published in 1942, with black and white scraperboard illustrations by the author, and was the Carnegie Medal winner for that year. It was later reprinted in 1946 with 8 colour plates plus a few black and white illustrations , again all by the author. There have been many reprints of the book over the years - I read and enjoyed the Puffin edition published by Penguin. This book is unusual in that the second edition (published in 1946) is just as highly sought after as the first edition due to the addition of the 8 colour plates. As with most of BB's books, a first (or second) edition commands a high price!

You can enjoy further adventures of the Little Grey Men little grey men in the sequel to this book called "Down The Bright Stream" where the gnomes set off in their boat to find a new home...

If you have already enjoyed reading about the adventures of the Little Grey Men you may also enjoy reading another book which BB wrote featuring gnomes - "The Forest of Boland Light Railway". 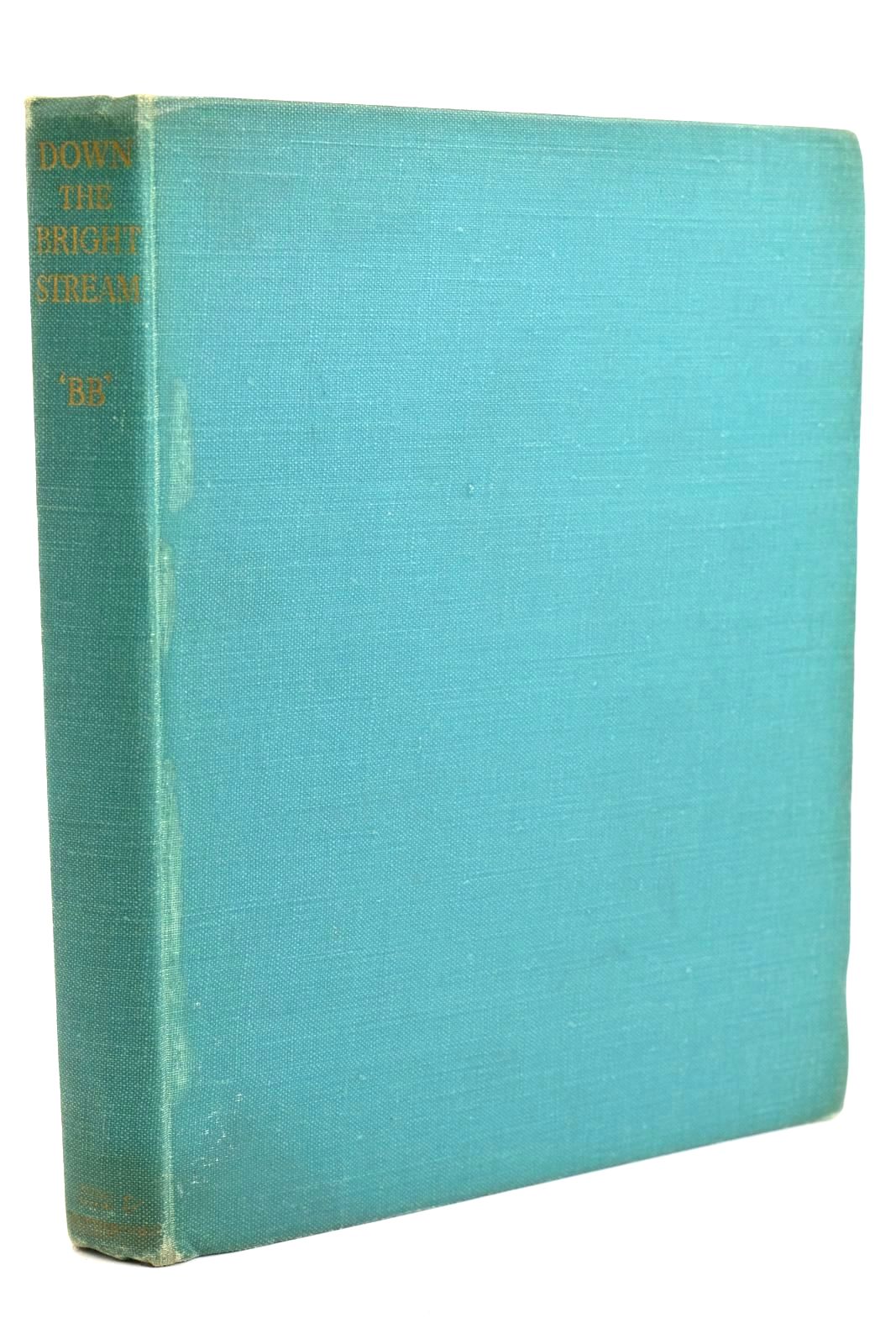 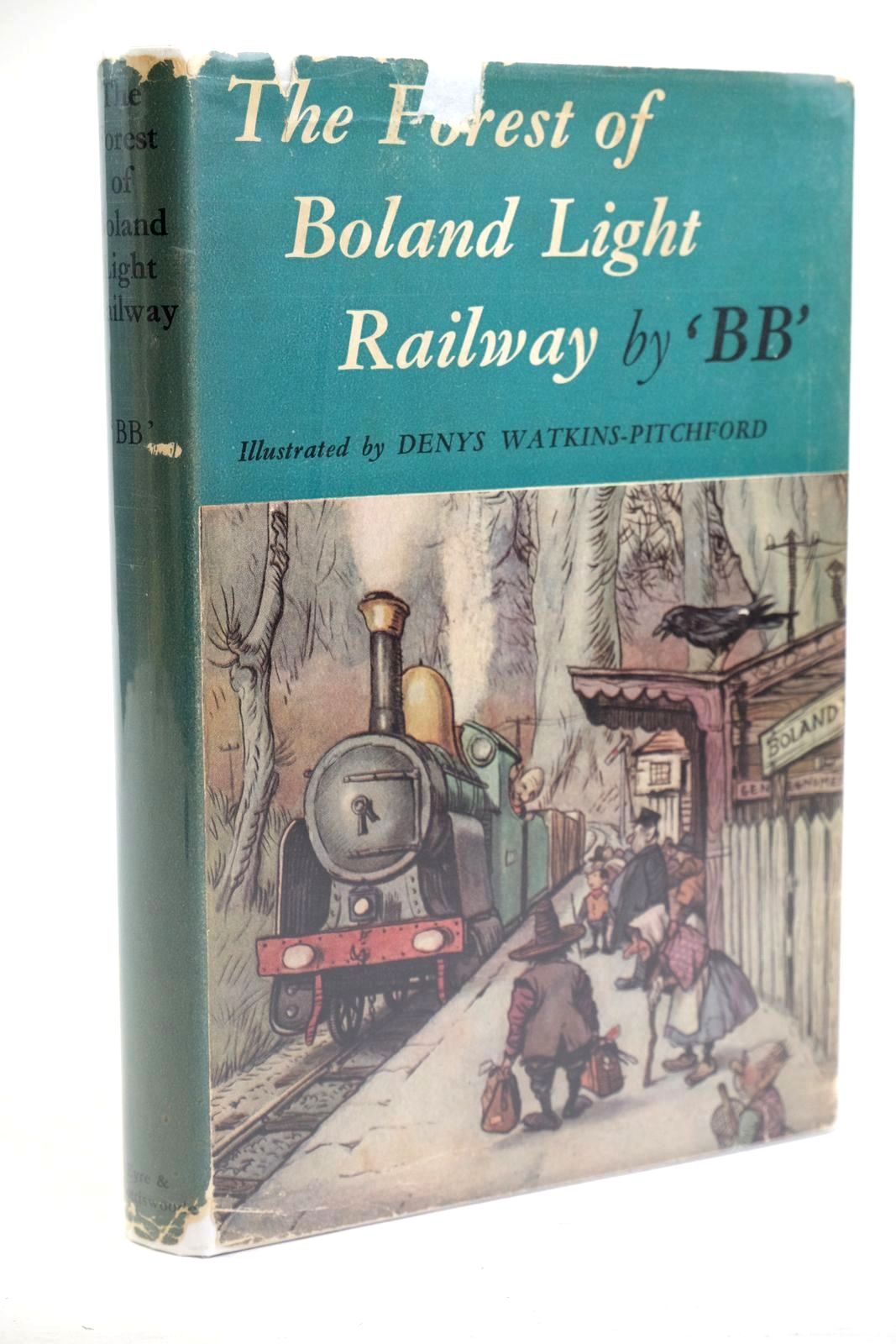 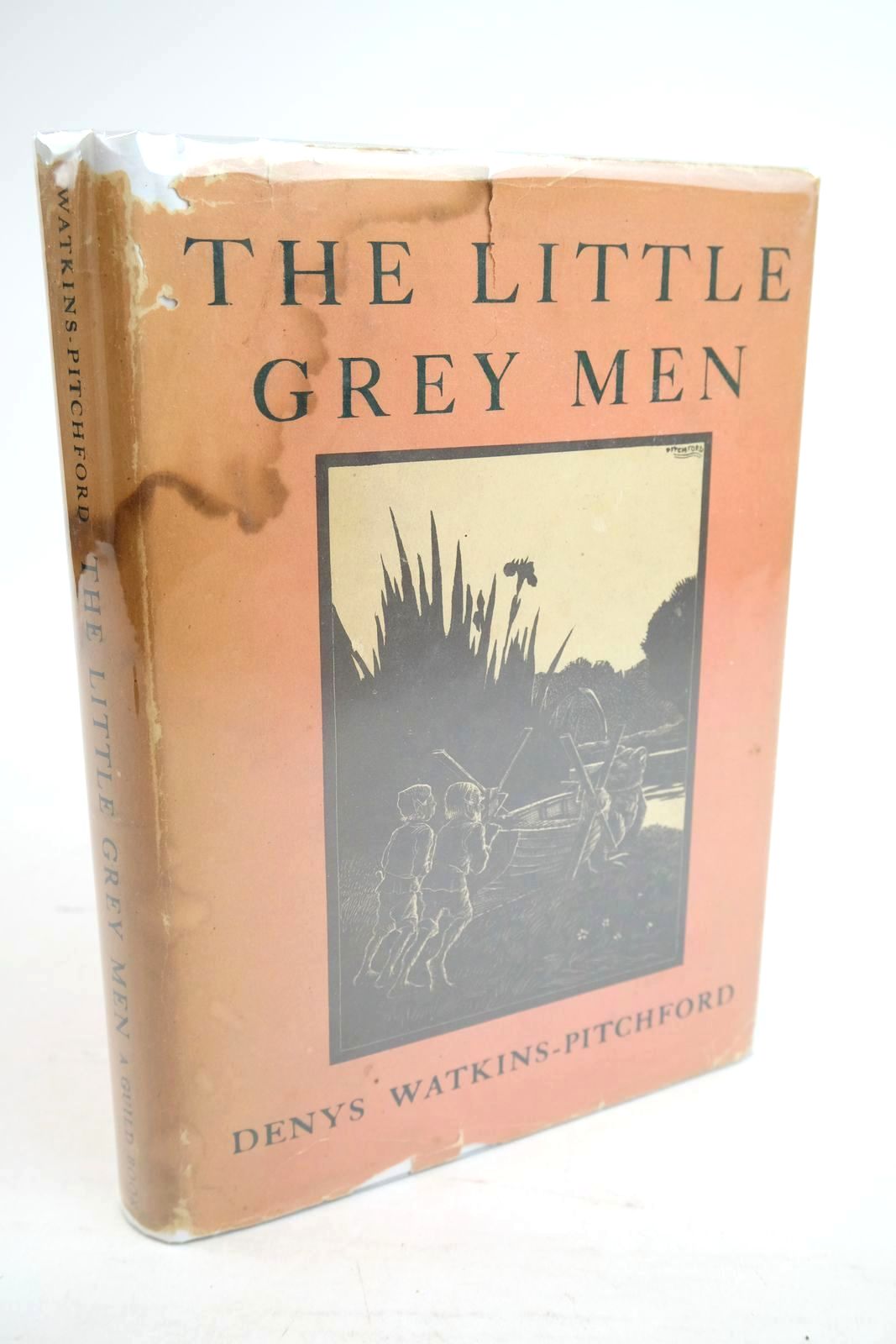 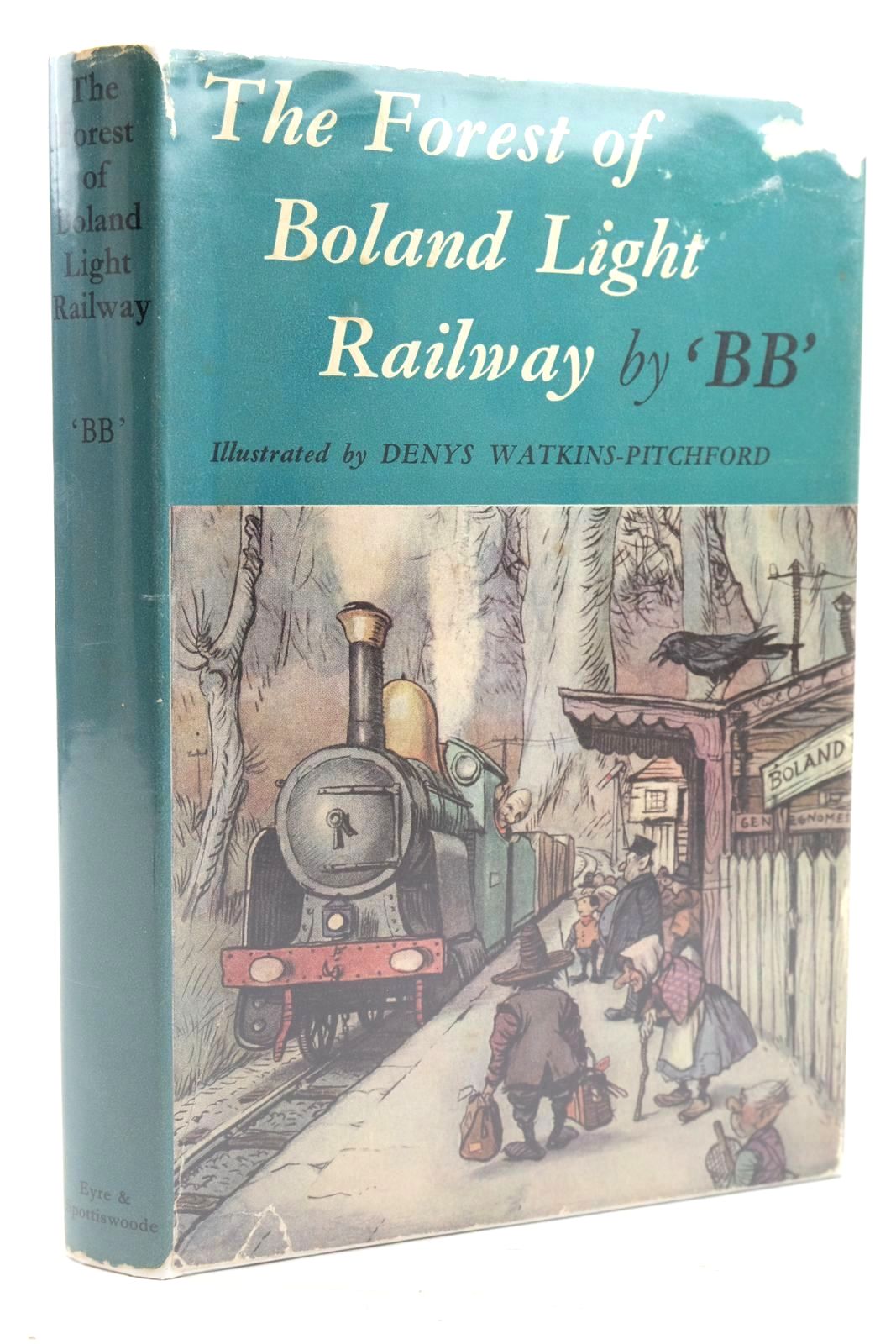 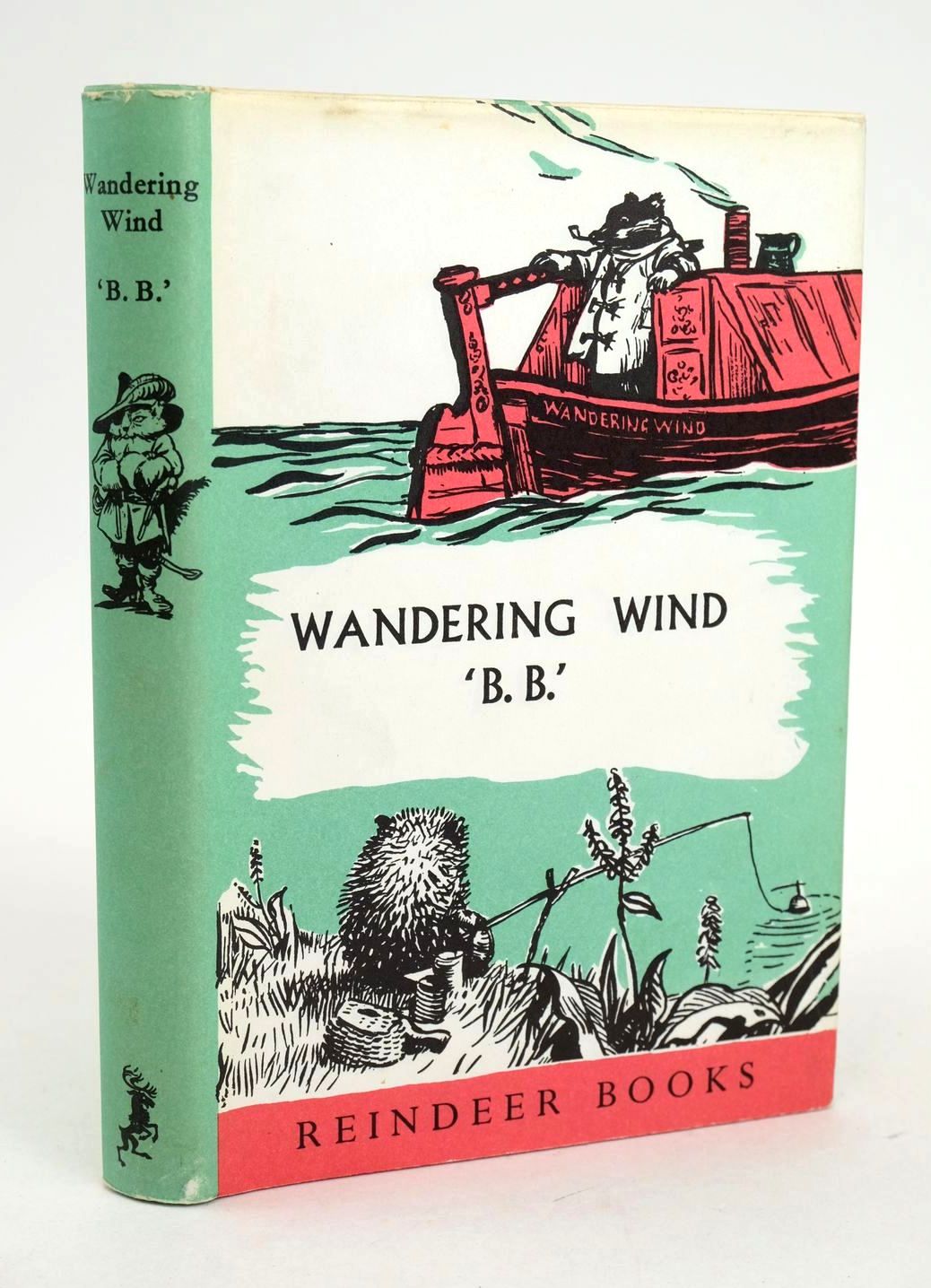 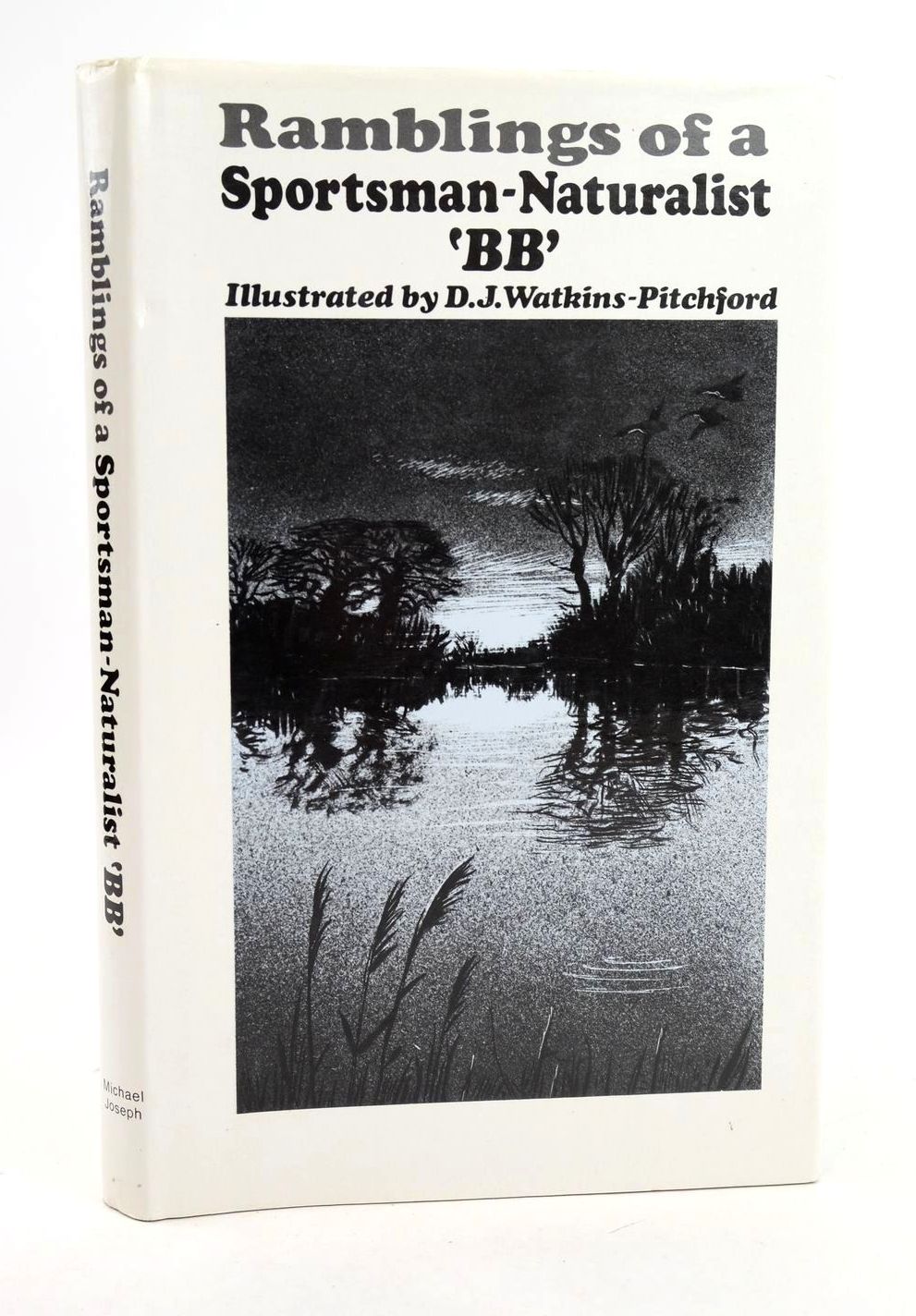 RAMBLINGS OF A SPORTSMAN-NATURALIST
Written by BB. Illustrated by BB. Stock no 1318845. Published by Michael Joseph. 1st. 1979. 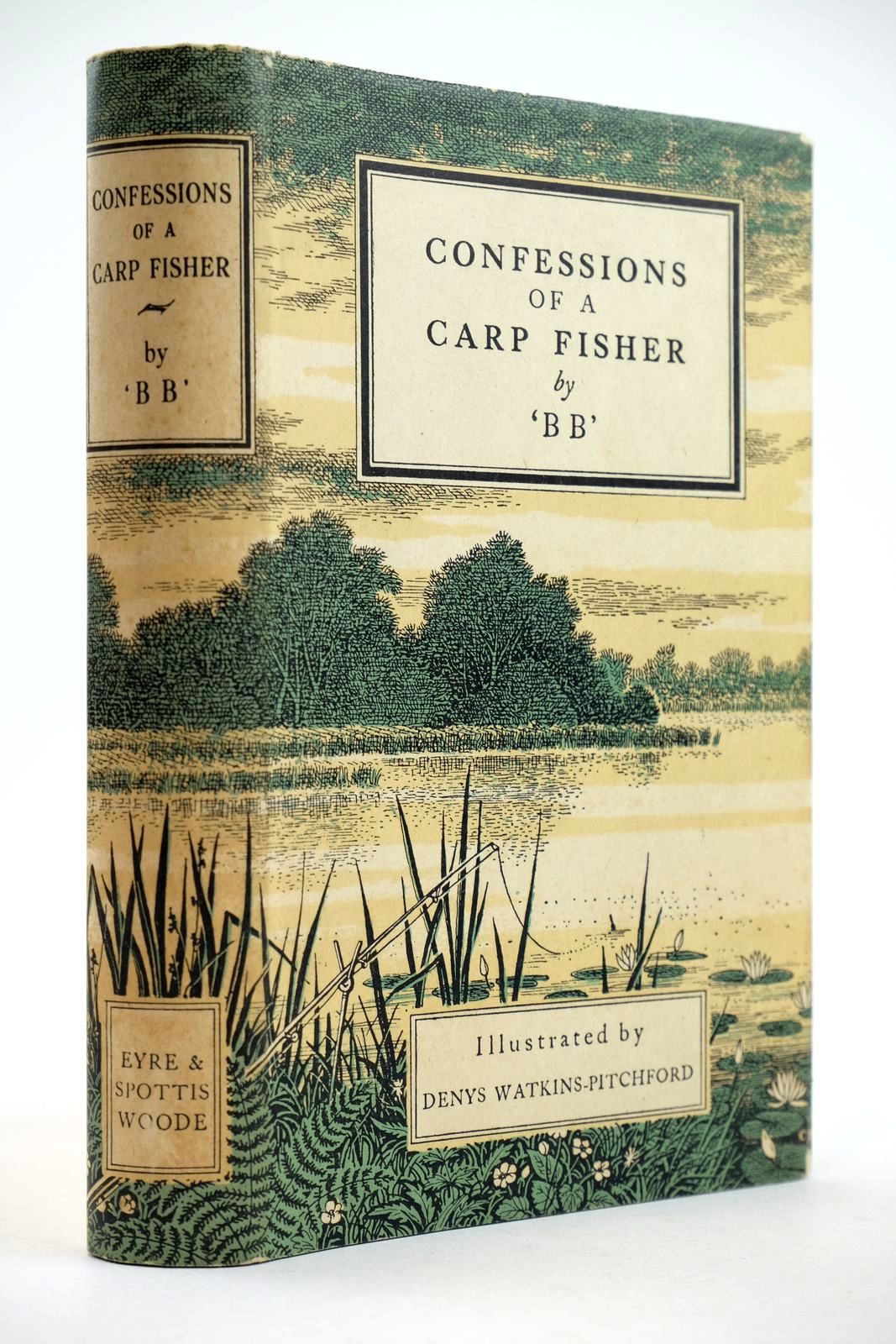 CONFESSIONS OF A CARP FISHER
Written by BB. Illustrated by BB. Stock no 2132692. SIGNED - see description for details. Published by Eyre & Spottiswoode. 1st. 1950. 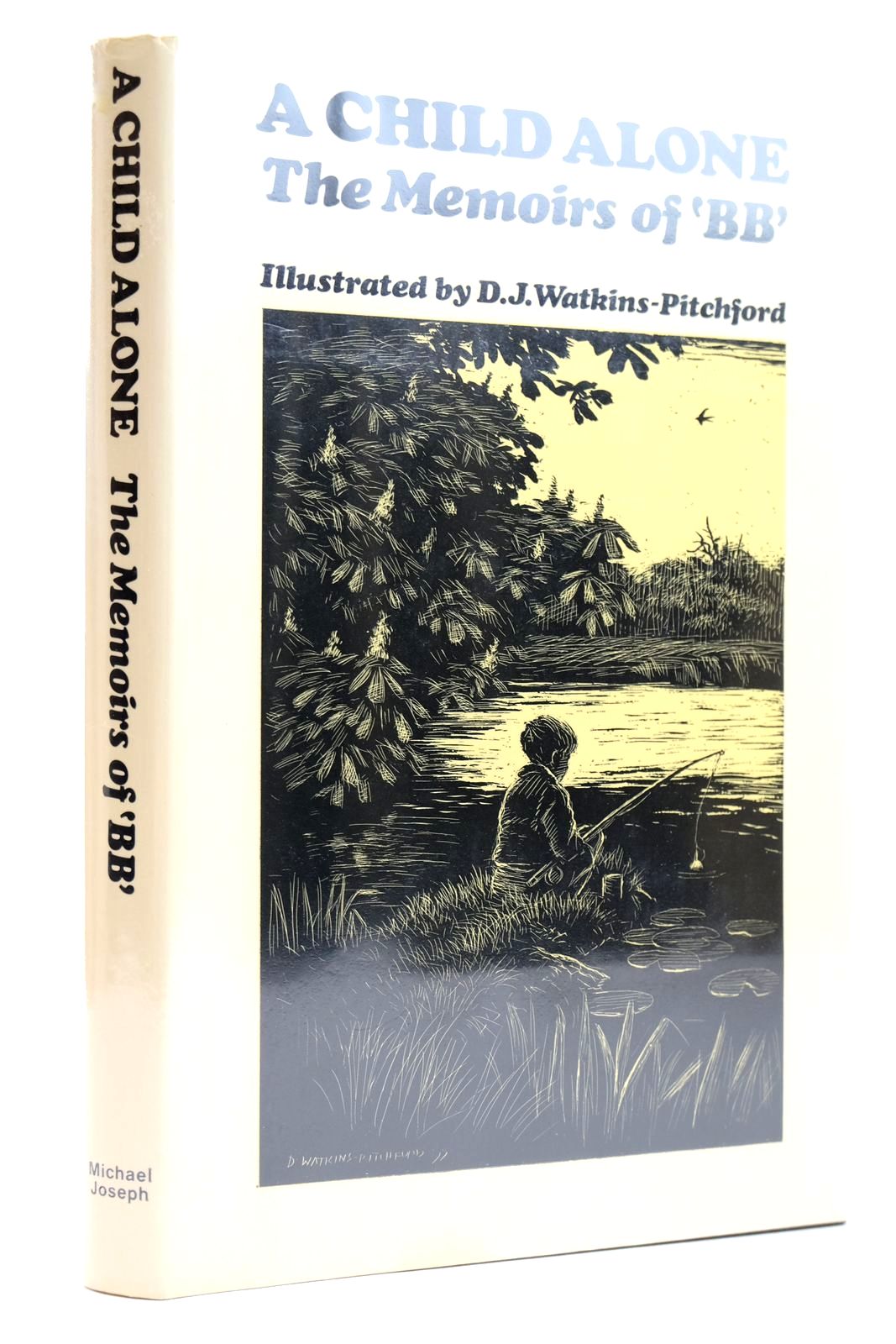 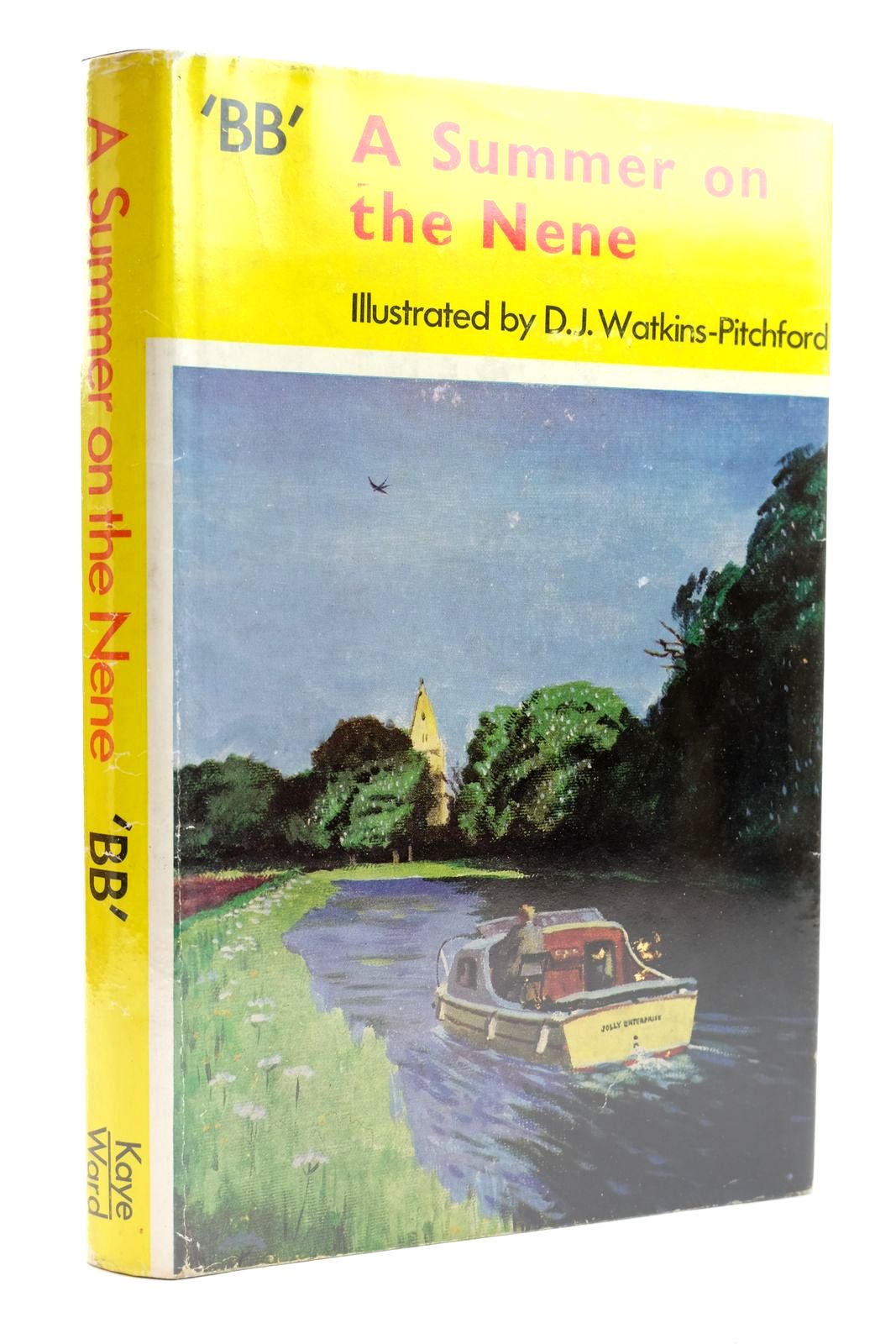 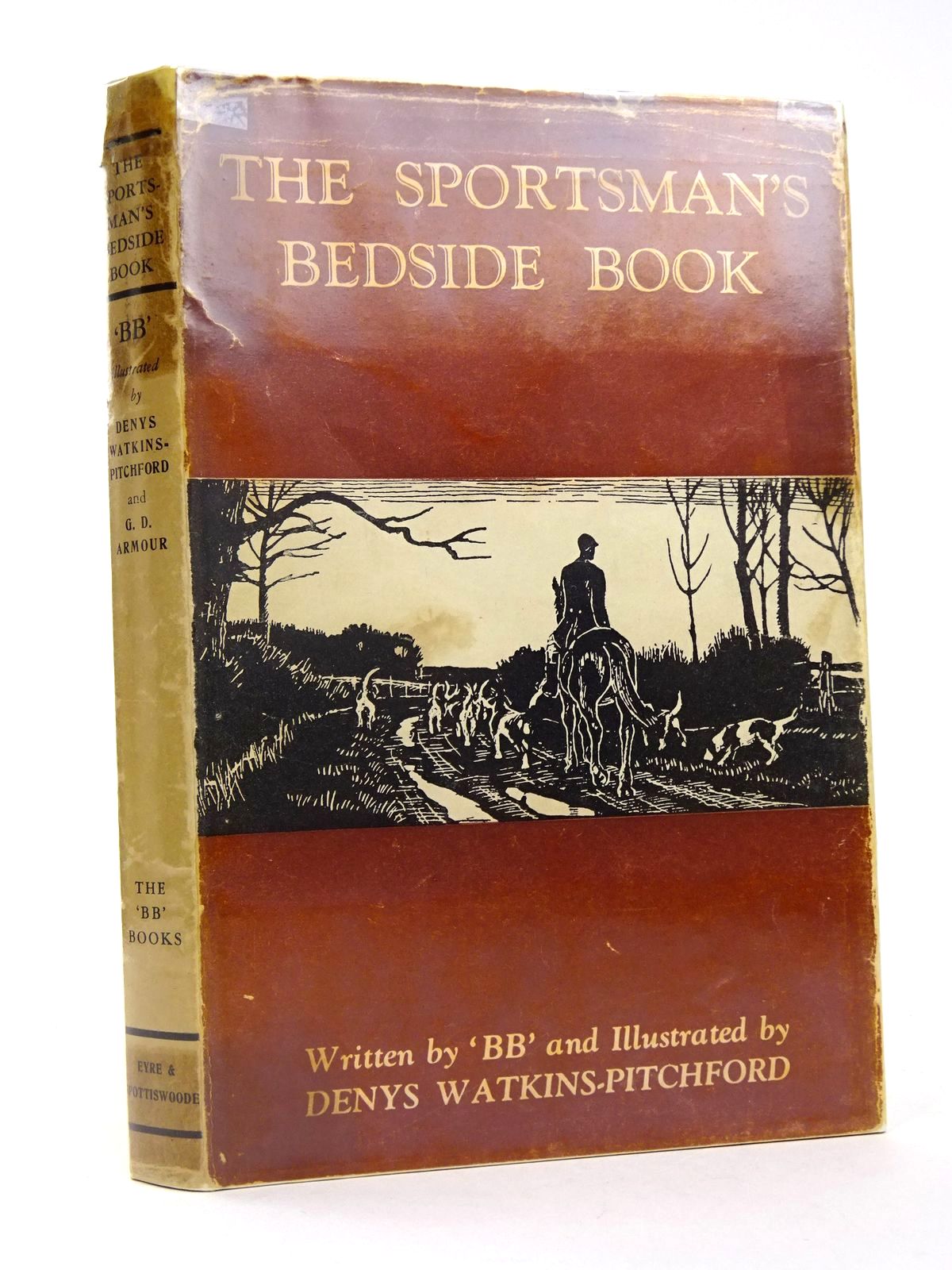 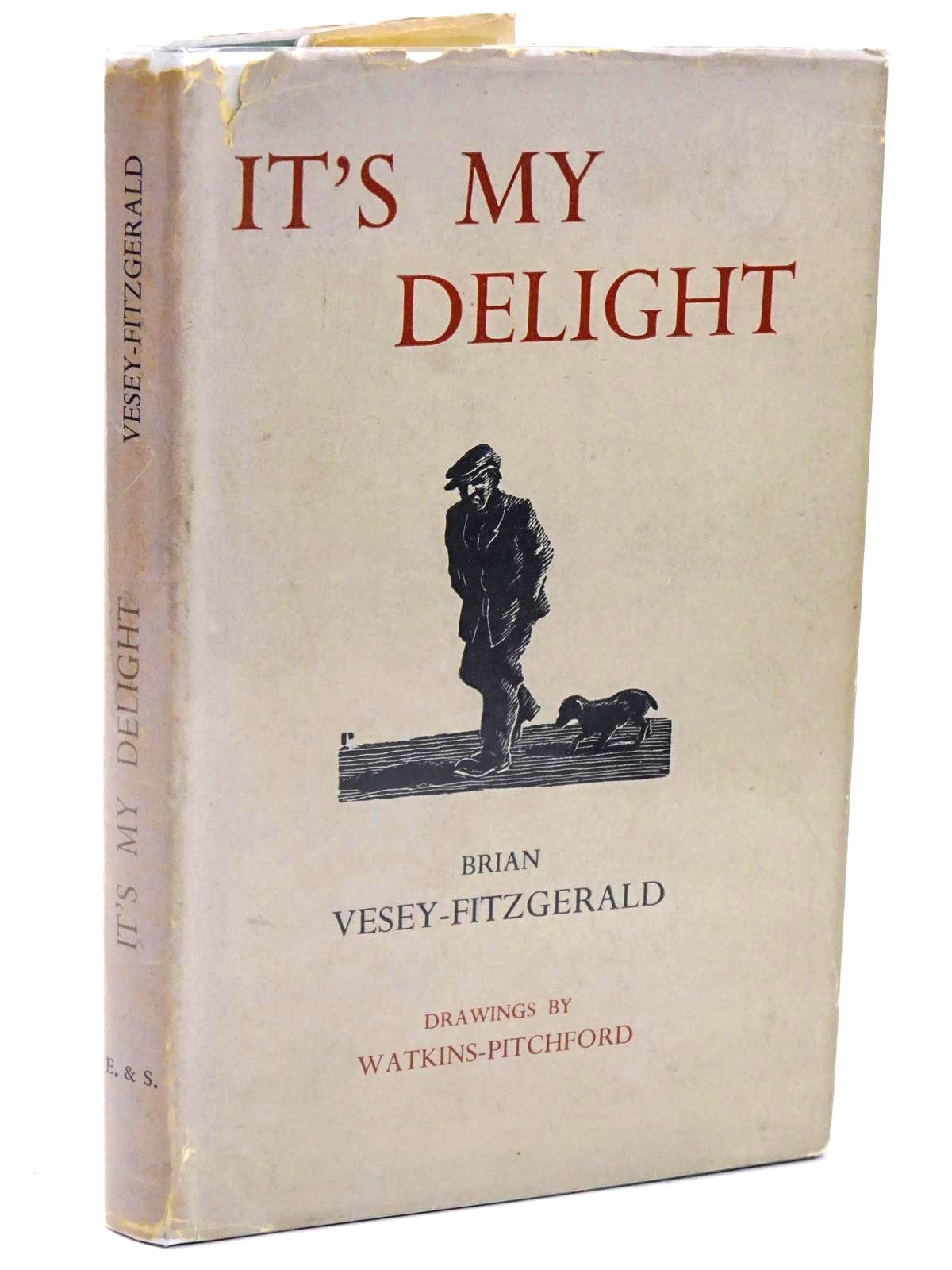 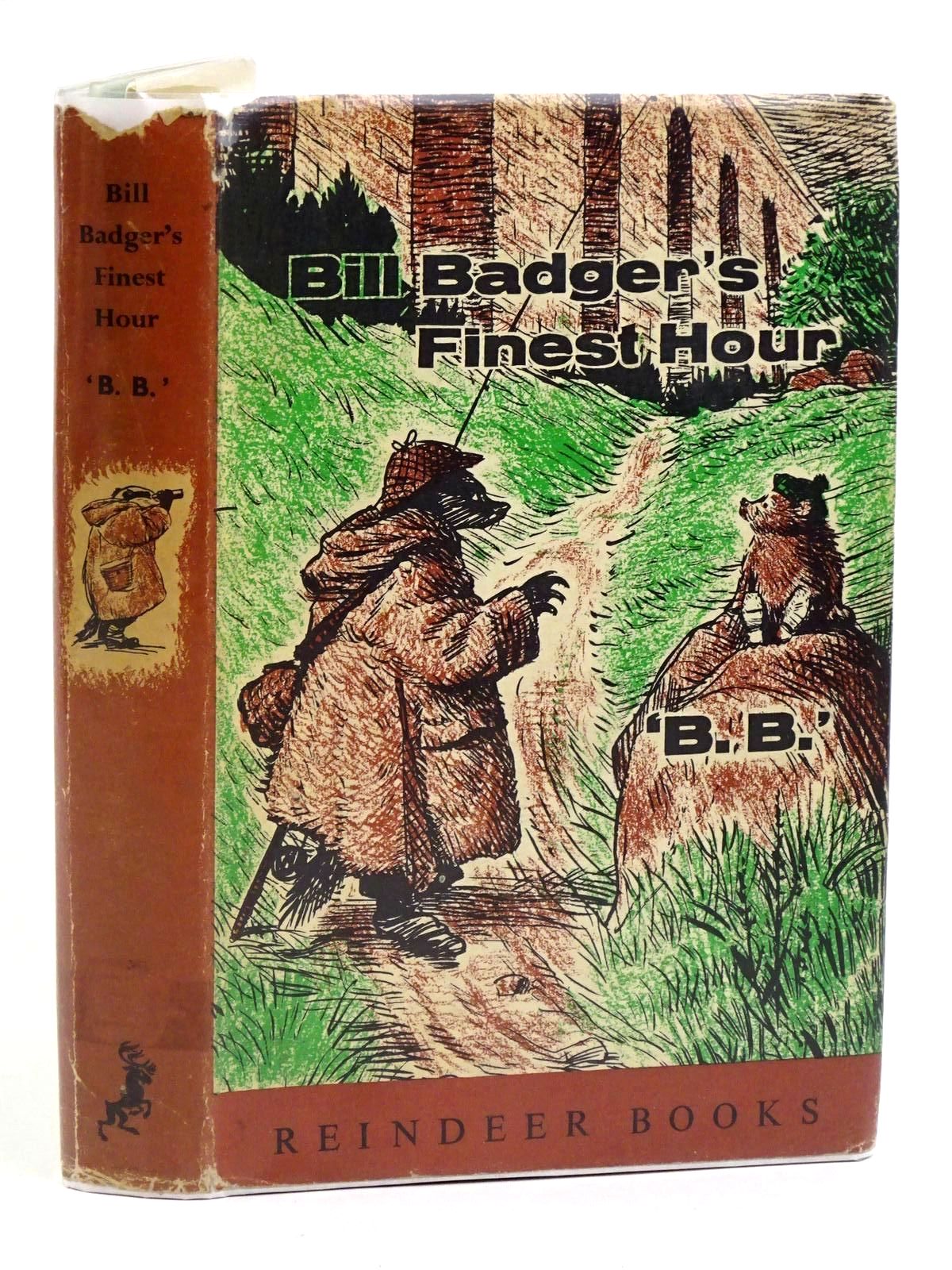