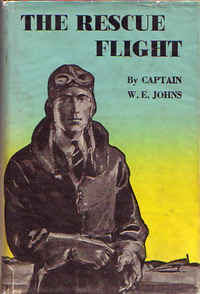 "Biggles closed the door and then faced the two junior members of his flight. 'Just what do you two fellows think you're doing here?' he asked quietly. Thirty felt the blood drain from his face. 'Doing here...' he echoed foolishly.

'Yes. Who gave you permission to wear those Uniforms?'" 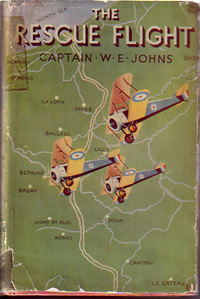 As with all good writers W.E. Johns has you captured in an instant, just what is going to happen next?

The Rescue Flight is a story set in the first World War 1914-18. Nigel Fortymore, otherwise known as Forty, is a young pilot fresh from school. He is soon shot down over enemy lines and word quickly reaches his brother Peter (otherwise known as Thirty!). Thirty remembers the last letter he received from his brother which said that if he was shot down and managed to escape from the prisoner of war camp he would head for a certain location where the two boys had played as children on holiday.

Thirty and his friend Rip skip school and, by means of bluff and luck, they manage to join the Royal Flying Corps, and reach France - only to be shot down themselves. They soon meet up with Major James Bigglesworth, known as Biggles to his friends, and tell him of their plan to rescue Forty. Biggles agrees to help and the Rescue Flight is launched. It succeeds! With Forty successfully rescued they start plans for other Rescue Flights, and so continues the tale with all the thrills and spills of a good adventure story.

This book has been published many times in different forms. Indeed there has been at least 14 different U.K. publications of The Rescue Flight. This title demonstrates how one book can appeal to different collectors with different budgets. You could aspire to collect the first edition with its original dustwrapper published by Oxford University Press - prices will be upwards of 500 pounds. As with most early Biggles books the original dustwrapper is very hard to find in any sort of condition, but the artwork does not disappoint. 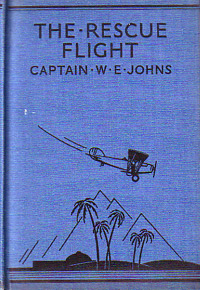 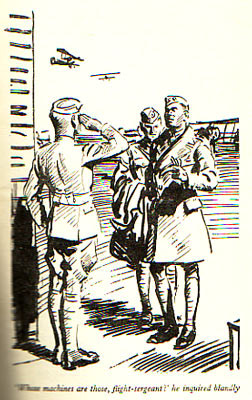 Next comes the edition which is my personal favorite - commonly known as the Pyramid edition, the design of the front cover is very distinctive, with a blue background and a biplane flying over two pyramids and five palm trees. As with all of the hardback editions of this book there are six black and white illustrations by Alfred Sindall. If you are lucky enough to find this edition with a dustwrapper you will find that it has a similar design to that on many other Biggles Books and is known as the "Flying Jacket" wrapper. It has a certain definition on the book shelves which I presume is what the publishers were looking for but it lacks the panache of the first edition wrapper.

Oxford University Press issued four further hardback versions with the flying jacket wrapper - these were published in 1948, 1950, 1951 and 1953. Next came the paperback editions published by Armada, which were reprinted seven times with slight variations. This takes us up to the late 1970's when Biggles was just falling slightly out of favour. However twenty years later in 1993 another paperback with a new cover design was published by Red Fox. The Rescue Flight is an excellent example of W.E. Johns's ability to keep the reader turning the pages and its publishing history demonstrates the lasting appeal of the Biggles books. 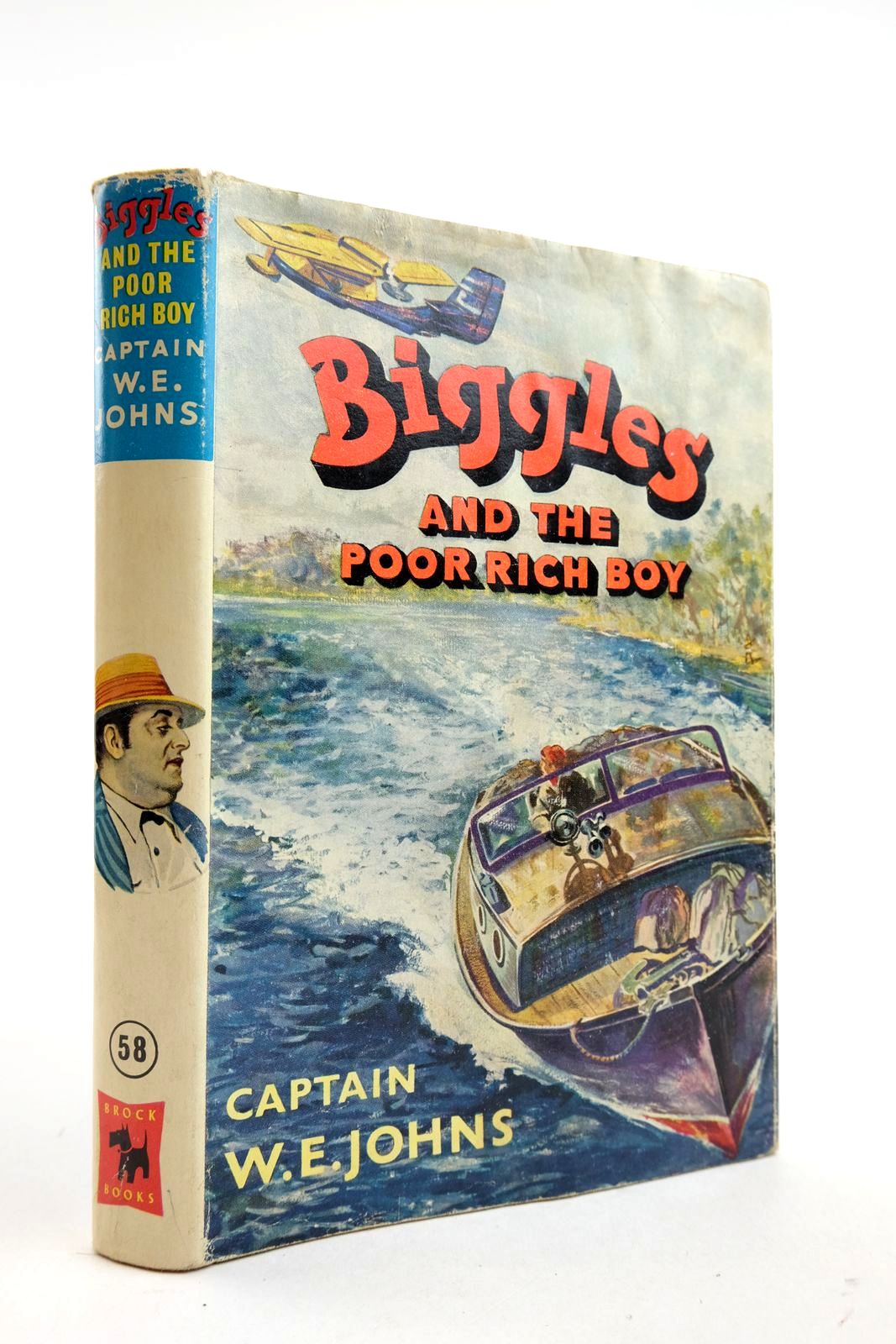 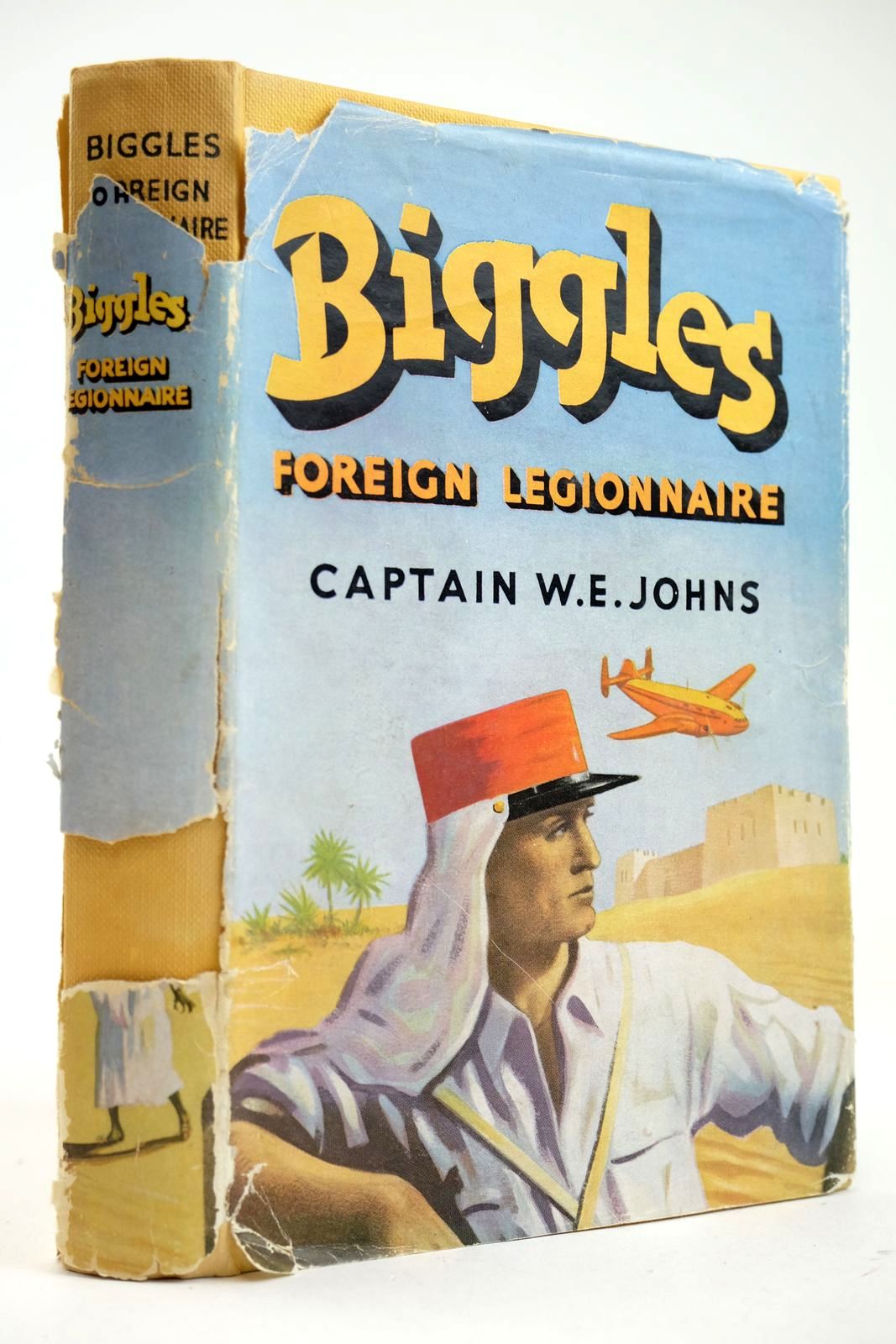 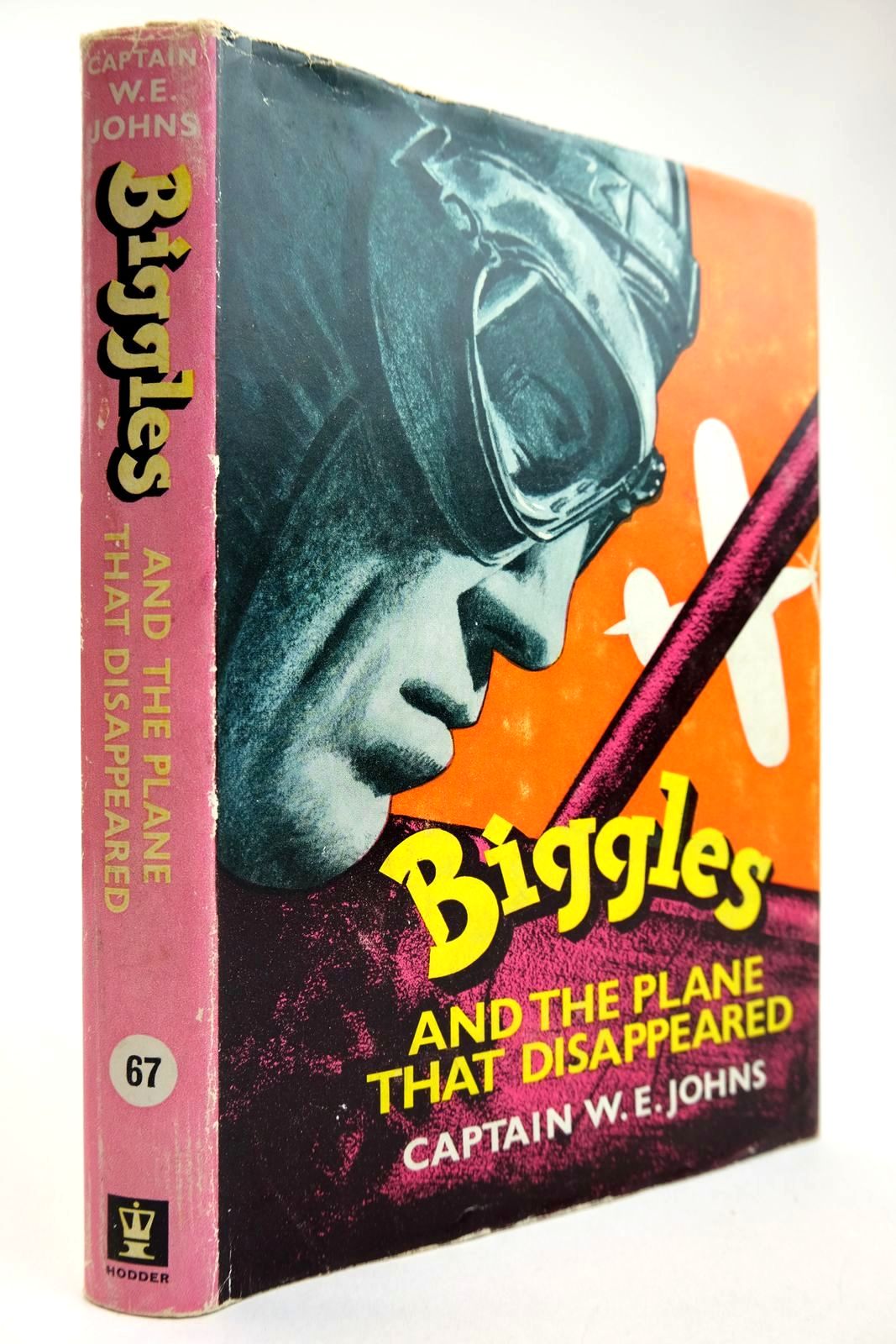 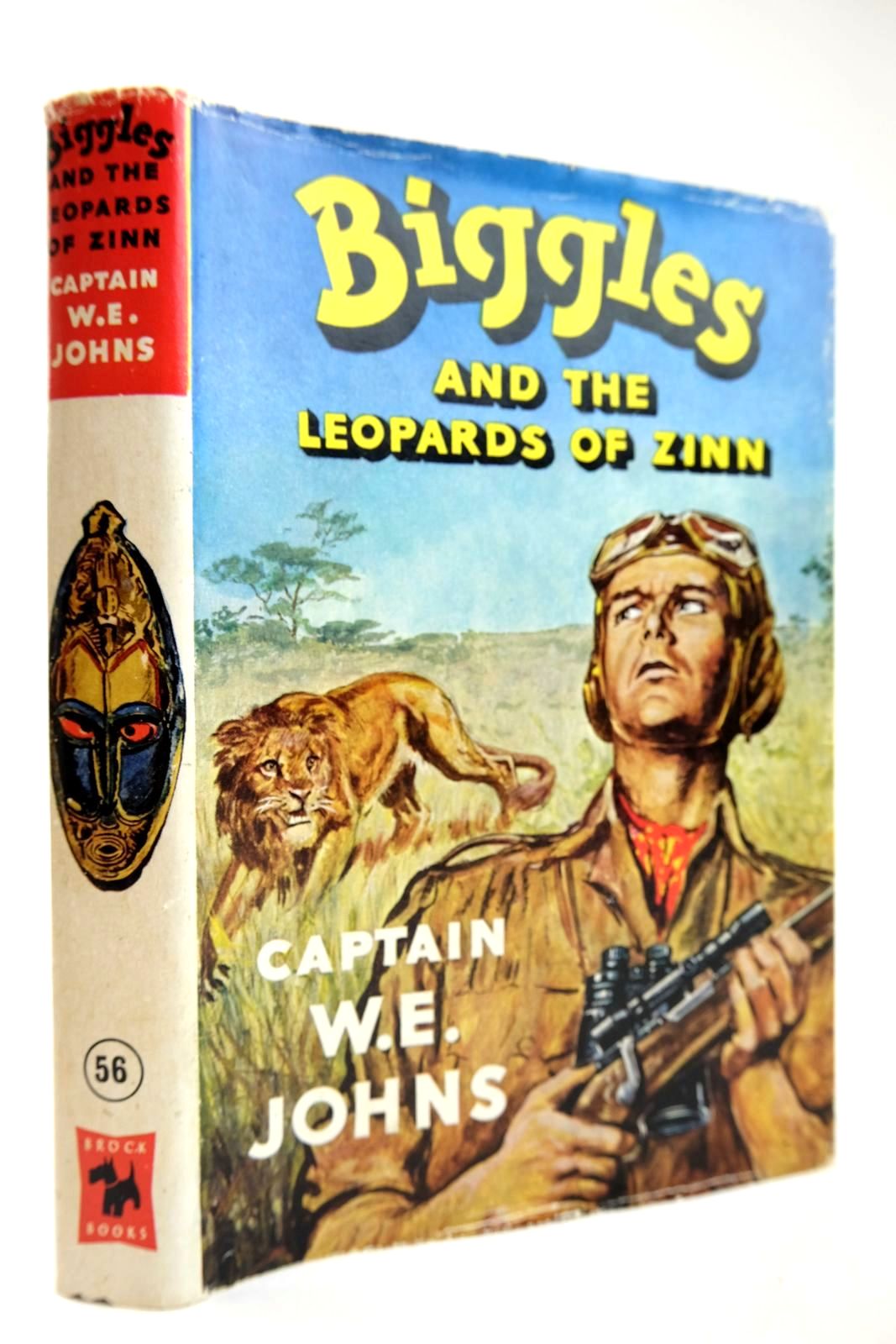 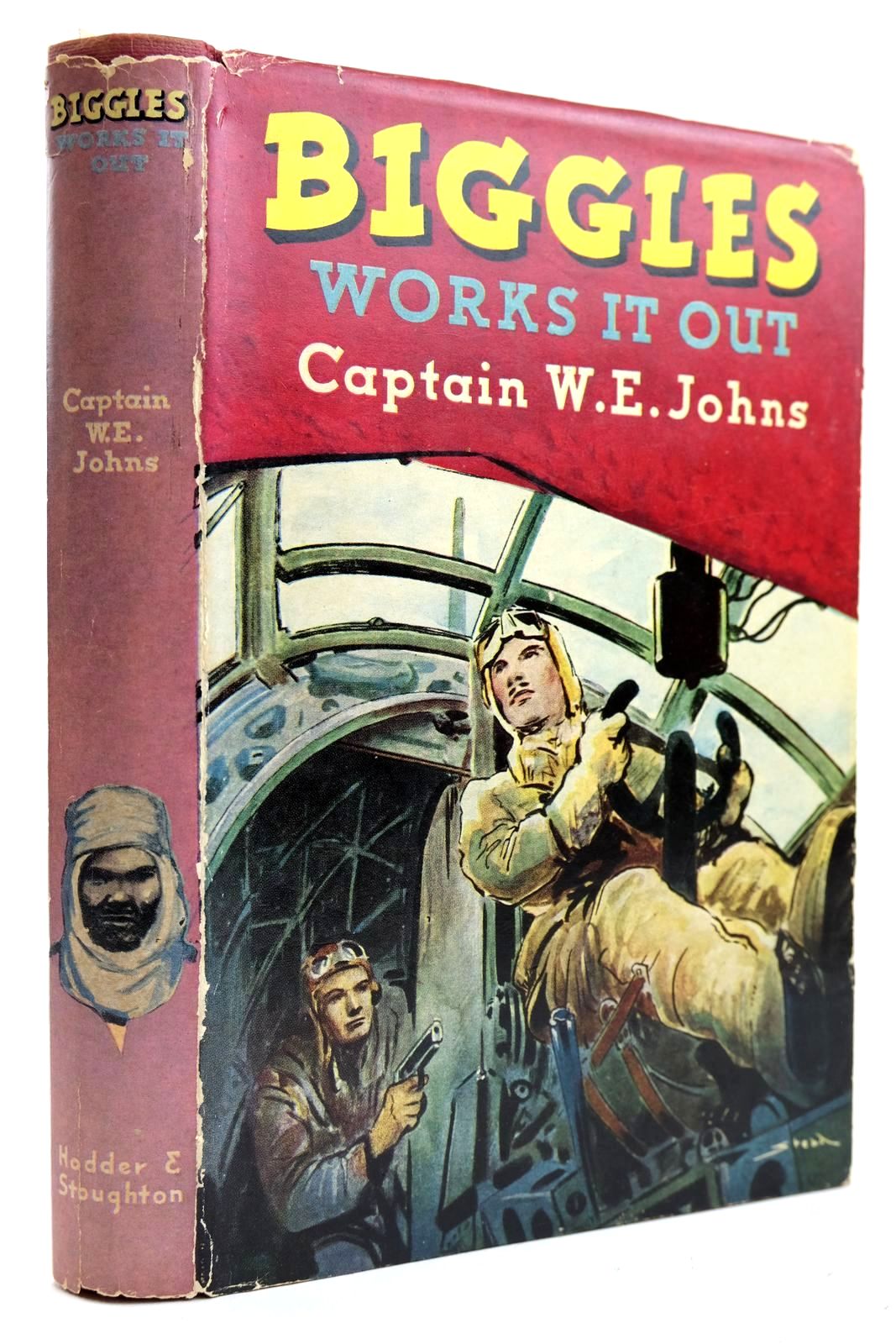 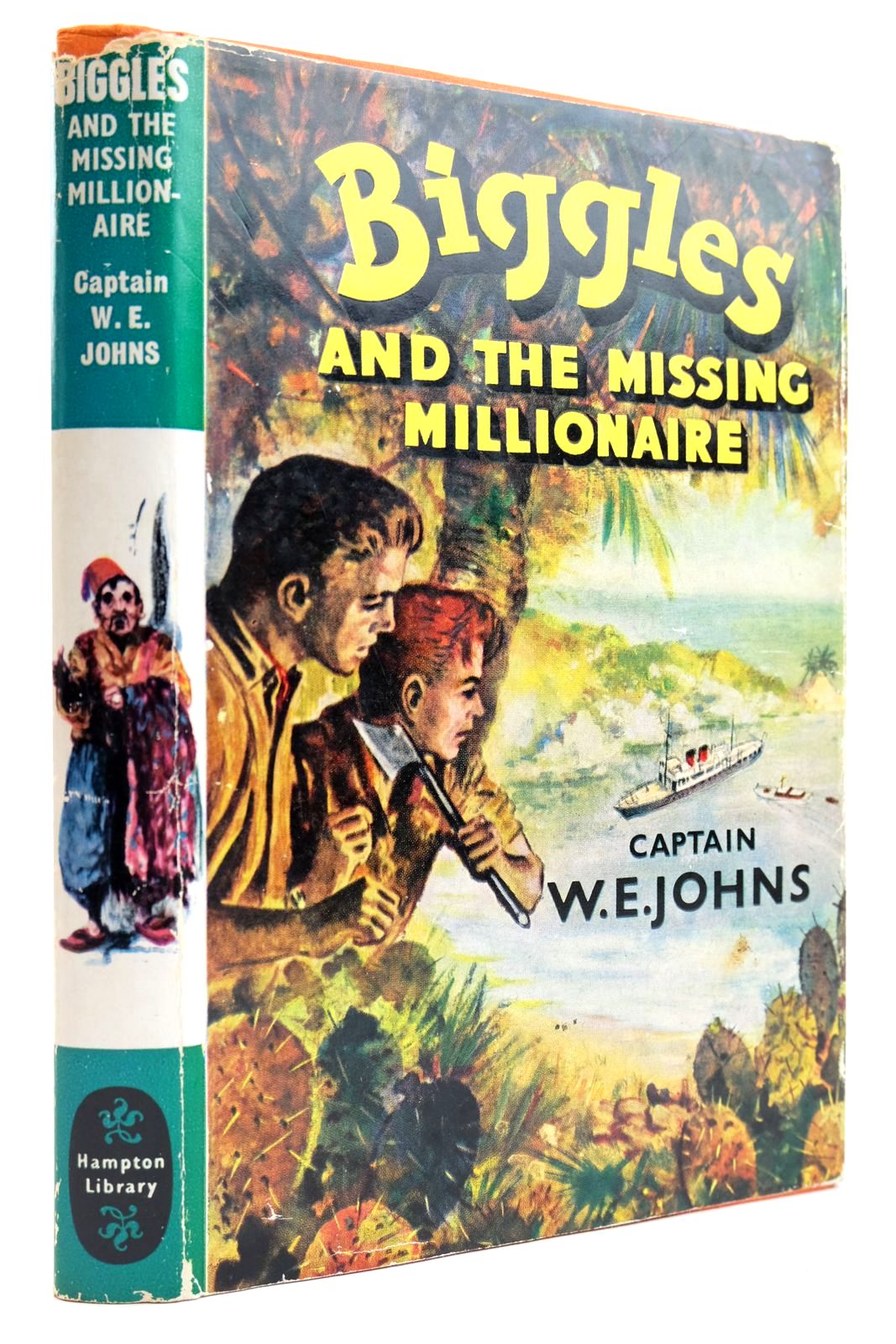 BIGGLES AND THE MISSING MILLIONAIRE
Johns, W.E.. Stock no. 2132496
Published by Brockhampton Press. Circa 1966. Very good condition in a almost very good dustwrapper. 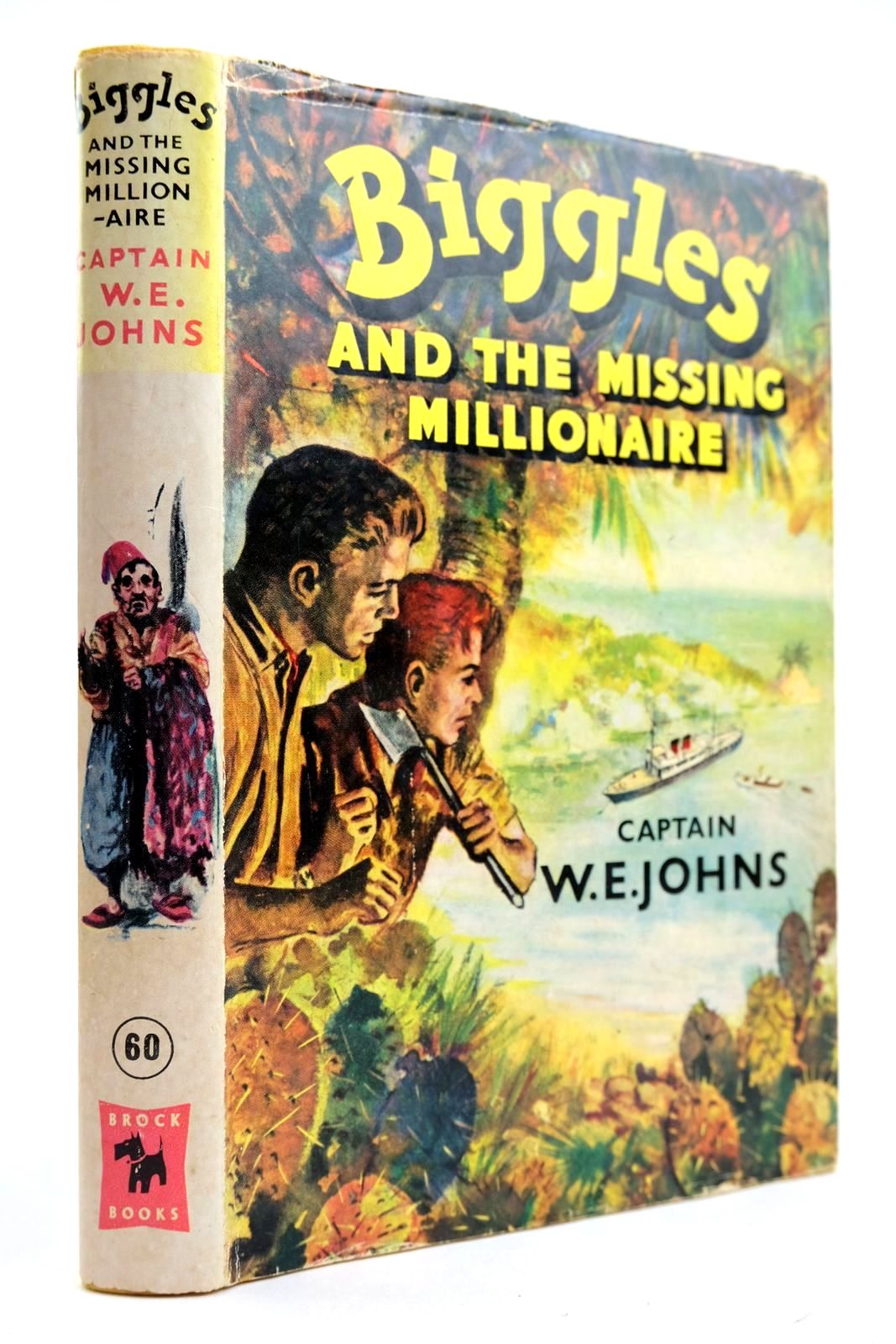 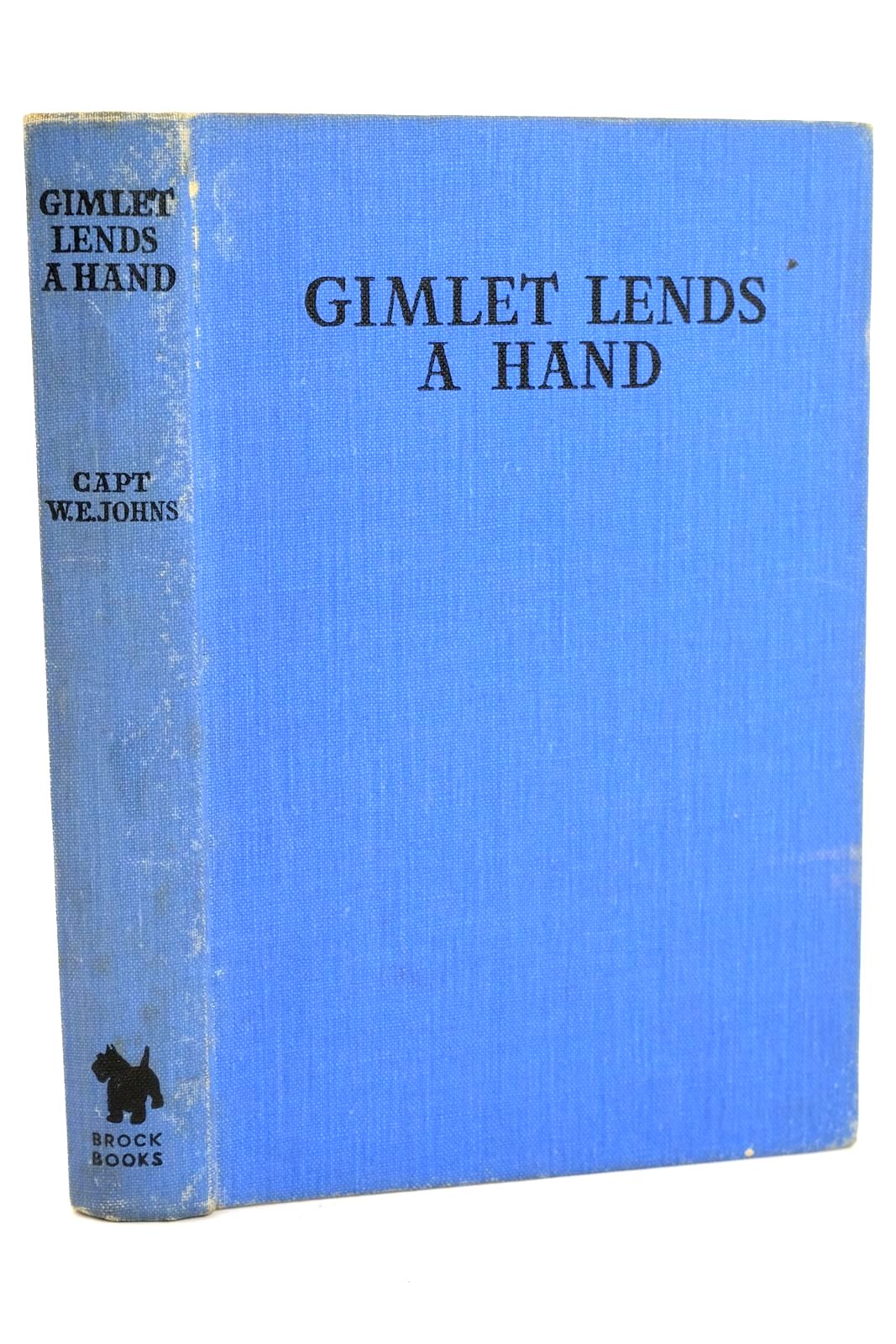 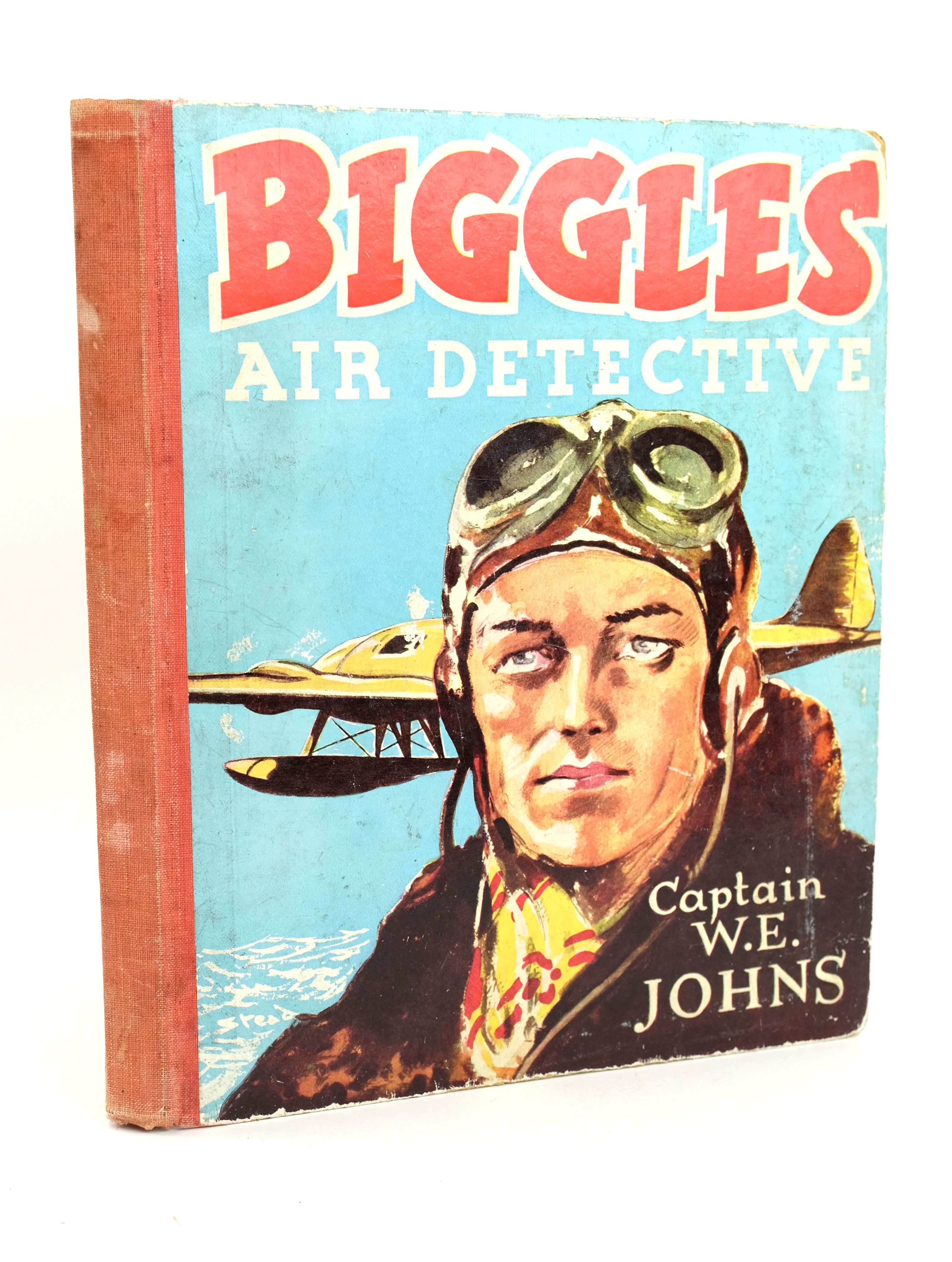 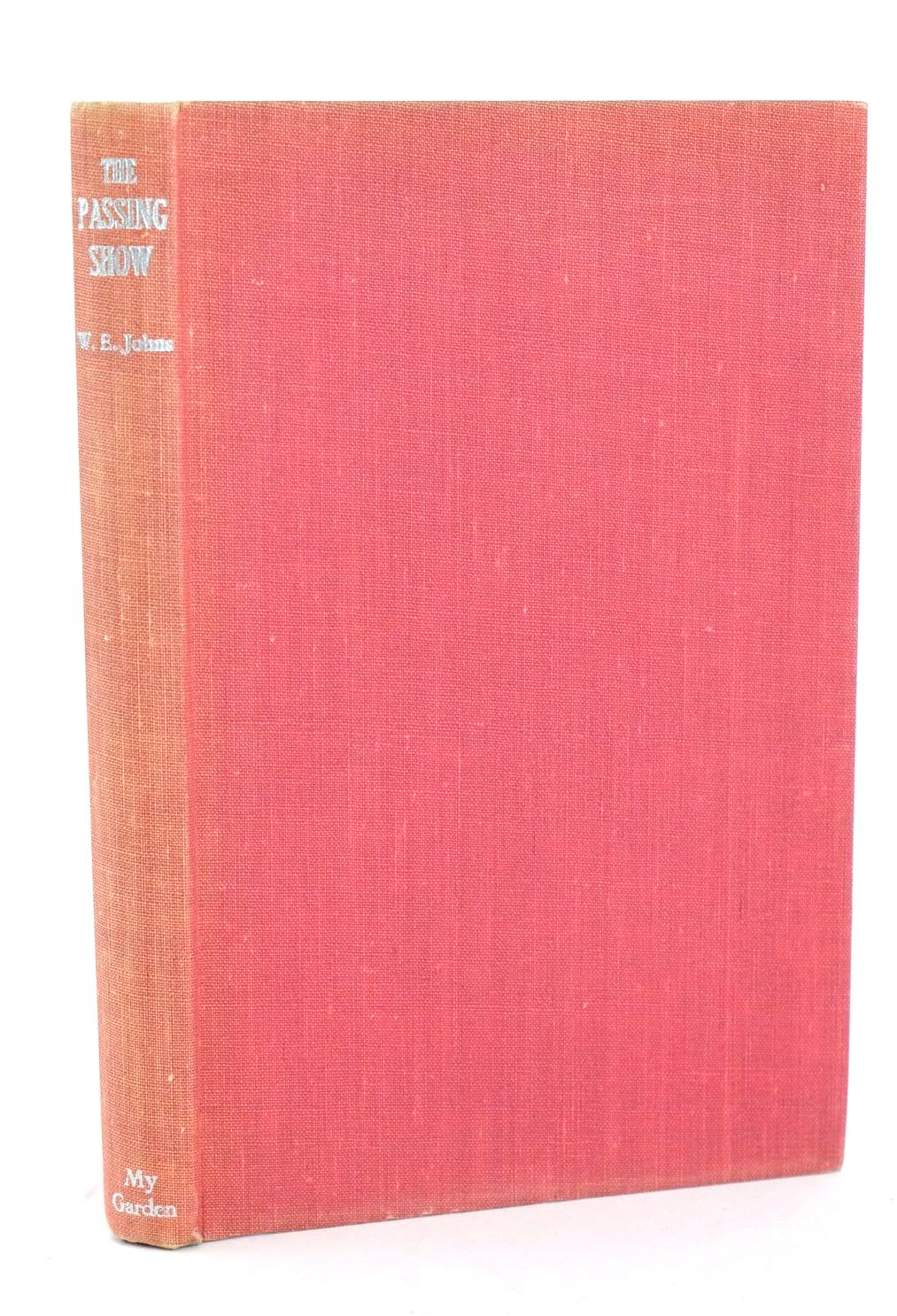 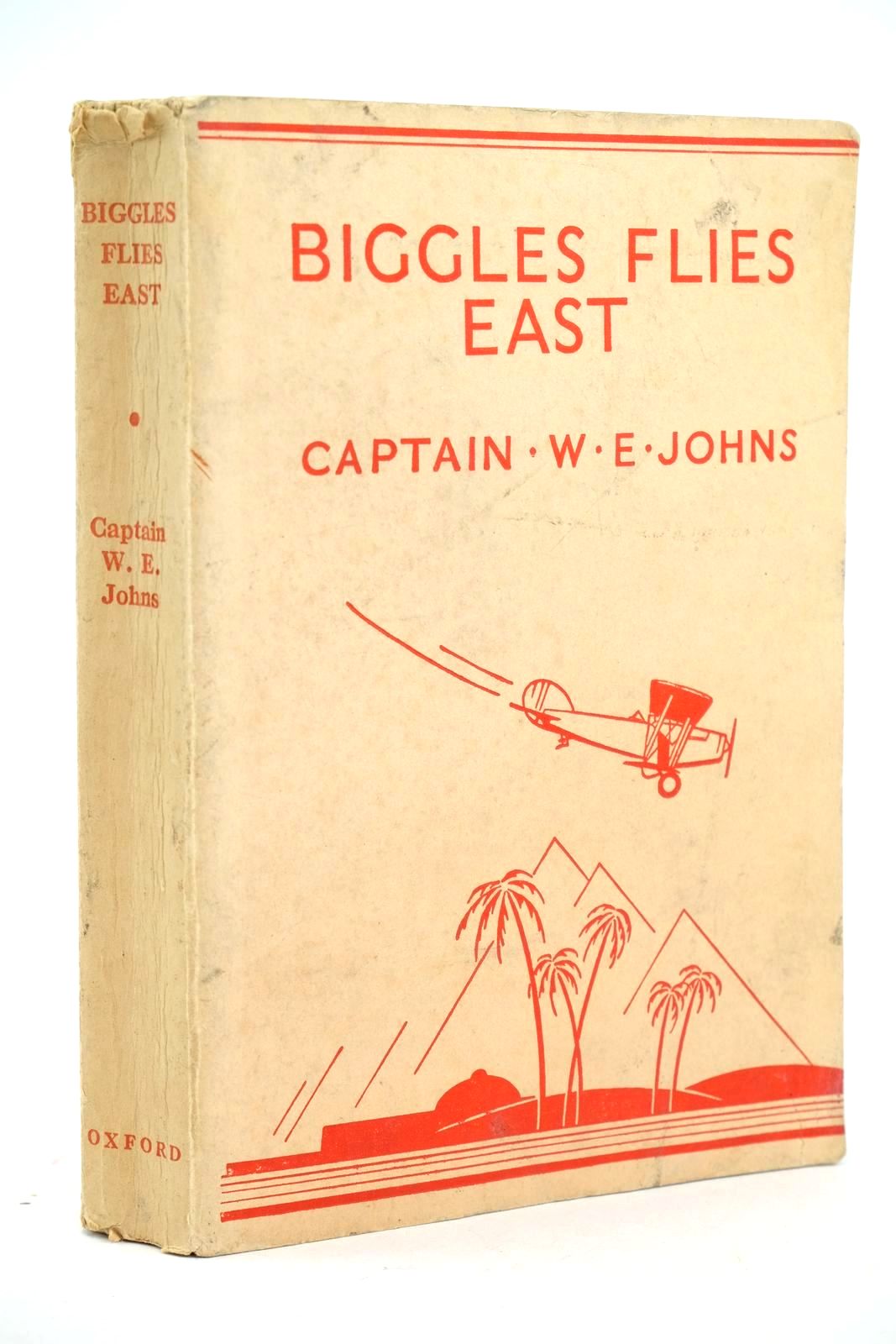 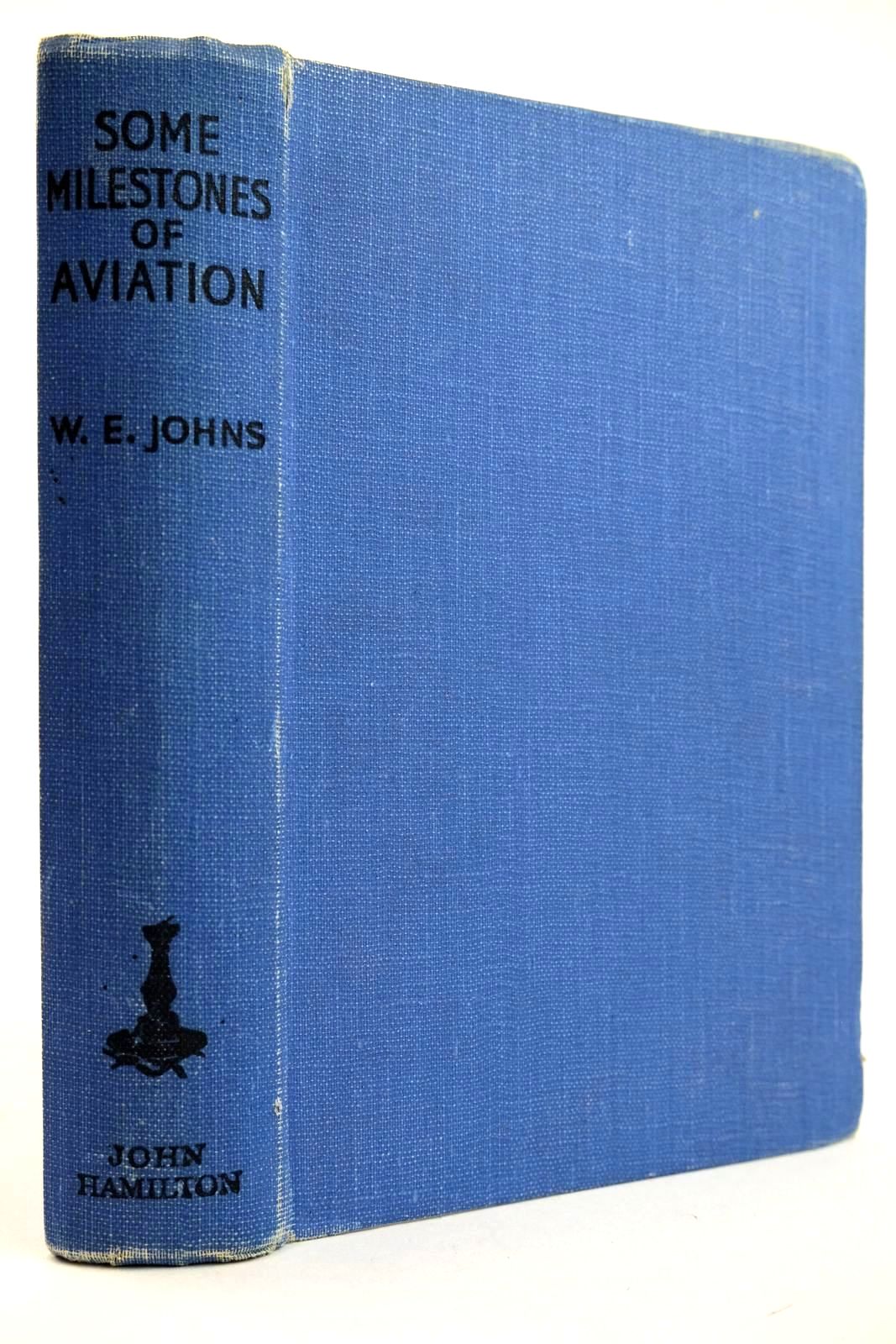