Investigating the Drains
or, Tracing our Family History

Names are wonderful things, aren't they? Just imagine how confusing life would be without them!

It is the pursuit of the names of my ancestors which has been occupying (too) many hours of my spare time recently as I try to fill in the gaps on our family tree – including the titular Drains, related by marriage to one of my great aunts.

I have been interested in tracing our family for around thirty years, but as with most hobbies the level of enthusiasm waxes and wanes, or constraints are applied by other factors, so there may be times when there is no active research. However, at present I admit that I am deeply in 'enthusiastic mode' once again and my desk is slowly disappearing beneath an unstable pile of printouts from census returns and certificates of births, marriages and deaths as I attempt to collate all the information onto the computer.

It was difficult to make a start on the family tree all those years ago as there seemed to be so little knowledge held by living family members. I knew the names of my grandparents, and their dates of birth, and a few names of their siblings, but that was about all. Not so much a tree, more a family twig.

But over the years the tree has gradually spread its branches as a mixture of online resources and visits to archives have yielded much needed information. The amount of data which is available online is growing all the time, and much of it may be viewed without charge or subscription. The International Genealogical Index (IGI), created by members of the Church of Jesus Christ of Latter Day Saints, is a great resource if you are trying to trace your ancestors, although it does contain gaps and there are some errors of transcription / indexing: once you locate a reference, you should always try to view the original record to ensure that you have actually found the person you think! Similarly, FreeBMD (http://www.freebmd.org.uk/)  can help you find records of births, marriages and deaths (from 1837 onward), and the FreeREG project (http://www.freereg.org.uk/) is adding transcribed parish record information.

In addition to these online resources, there are of course many books that can help you locate your ancestors, ranging from guides on beginning genealogical research to volumes devoted to specific parishes or surnames, or school histories, or accounts of army regiments. A quick browse of our very own genealogy category in the shop has thrown up a number of volumes which I would love to read for information which may assist my own research.

As well as free sources of online data, there are a number of subscription services which allow you to search many collections, including Census returns, and also to connect with other people who may already be researching parts of your family tree. The UK Census returns are available from 1841 to 1911, but be warned that they do contain errors and that there is sometimes a very hit-and-miss approach to spelling! If you don't find the person you expect, sometimes you just have to keep on looking, trying different spellings, dates or locations. For example, I had been unable to locate my great great grandfather who, so the story went, had the surname Atkins-Thierry. I spent weeks browsing through the IGI and other indexes, looking for any combination of names or places which might give me a lead, trying to make connections. If you have seen Stephen Poliakoff's excellent drama 'Shooting the Past', just think of Timothy Spall's character Oswald! And at last I found it – the marriage of one Rebecca Atkins to the grandly named Louis Caesar Augustus Thierry in 1844. That link enabled me to confirm the family members in the Census returns, the name of my great great grandfather, the somewhat fluid use of Atkins or Thierry as the surname, and a living relative who was able to tell us about a side of the family which we never knew existed. The newly discovered family branch had stories of a certain son of a French nobleman who had impregnated a housemaid in England. The enraged nobleman insisted his son marry the woman or be disinherited. The marriage took place, but the son then subsequently disappeared.

As the family history was traced back, it seems elements of the story are true. Louis Caesar Augustus did marry Rebecca who was a servant, and she was pregnant at the time of the marriage. After the birth of a son in Birmingham, Louis vanished - only to reappear the following year in London, now under the name Louis Caesar Augustus TAYLOR! Without wasting much time, he promptly married again that same year, fathering another child! According to various records for the year 1844-45 he gave his occupation as 'artist', engraver or hairdresser. Yes, I think you're getting a picture of the sort of man we're talking about... Anyway, following the birth of this second son he joined the army of the East India Company - 1st Bombay (European) Fusiliers - a regiment noted for attracting soldiers of fortune, adventurers, and those with criminal records who knew that awkward questions would not be asked. He took his wife and 2 month son on the long sea voyage to India, where he can be traced in the Muster Rolls down to about 1861, after which the trail goes cold. The father of Louis, also named Louis Caesar Augustus, appears on the 1851 and 1861 census in Weston and Bath, apparently alone, giving his birthplace as Orleans, France around 1787 and having the rather grand sounding occupation 'Professor of Languages' - a family trait of exaggeration displaying itself again perhaps?! Is there any truth in the rumour of French nobility - or was Louis junior just 'full of it'...

In addition to the splendid Louis Caesar Augustus, tracing both sides of the family back through half a dozen or so generations has revealed some lovely names, including Hephzibar, Asaph, Zebedee, a couple of Nimrods, and the marvellous Walter Drain (regrettably not employed as a plumber as far as I know). Other gems found along the genealogy trail have included the fact that three successive generations were all named Henry James Santon, and that my grandfather's brothers in London lived a couple of doors away from the young Charlie Chaplin, with whom they 'hung out'.

Perhaps this article may inspire you to start tracing your own family tree, or to find out more about your ancestors. If it does, don't be surprised to encounter any number of hurdles and brick walls, and remember that family stories may not always be entirely accurate! My next task is to locate the great uncle who, allegedly, was killed when a dray ran over its blocks and crushed him, and another great-uncle who is said to have been a glass-blower who committed suicide. It is not yet clear whether they are on my grandparents' paternal or maternal side of the family – and I suspect that when I do discover the truth it will be somewhat different from the half-remembered family stories... But I'm on the trail!

ADDENDUM:
I have the death certificate of the great-uncle who committed suicide (by means of the domestic gas supply) - but he wasn't a glass-blower or anything similar. Possibly two stories have become conflated, or maybe there's another suicidal relative to discover! The reasons for his actions aren't known yet - perhaps that will be a future article... 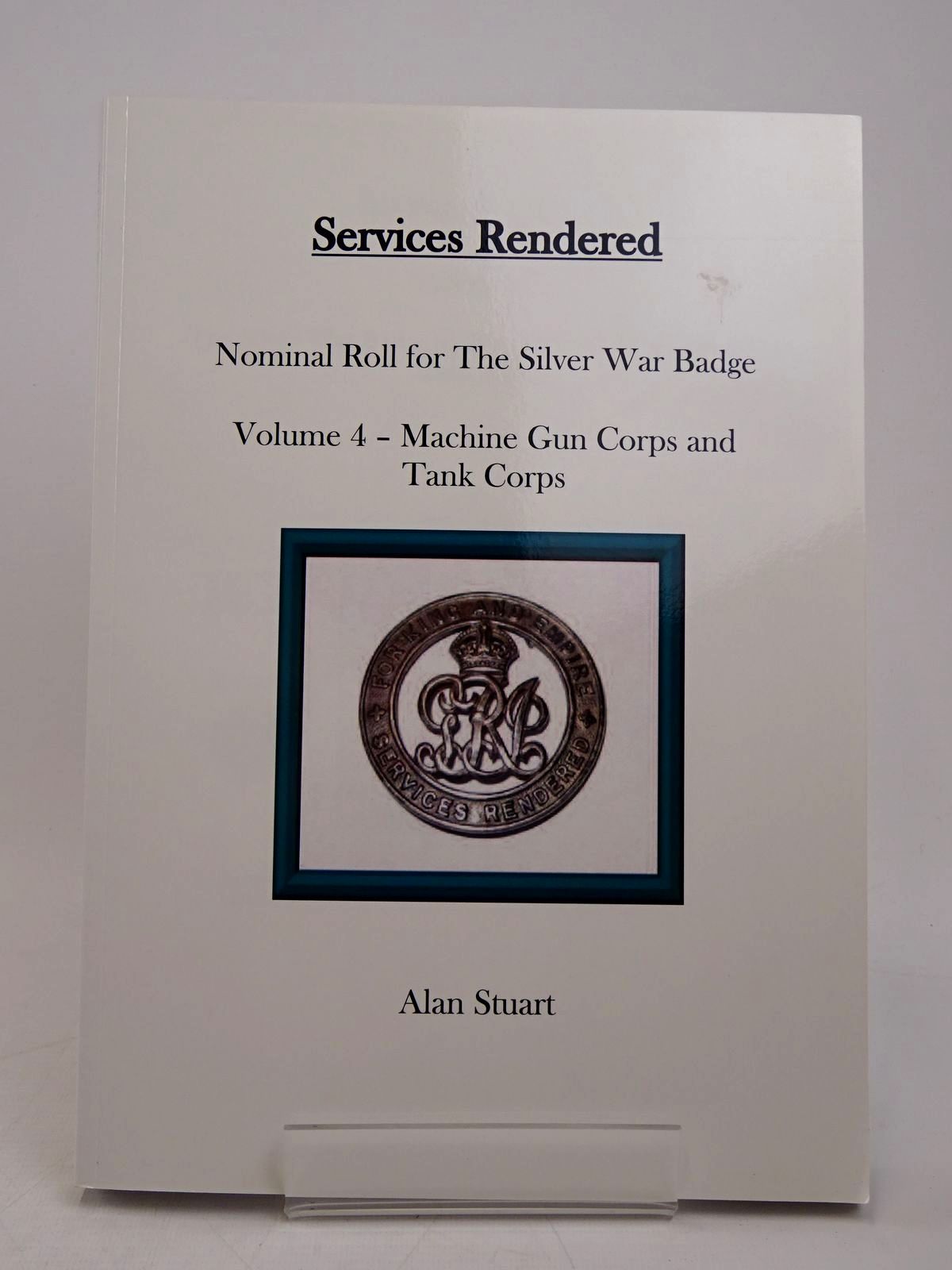 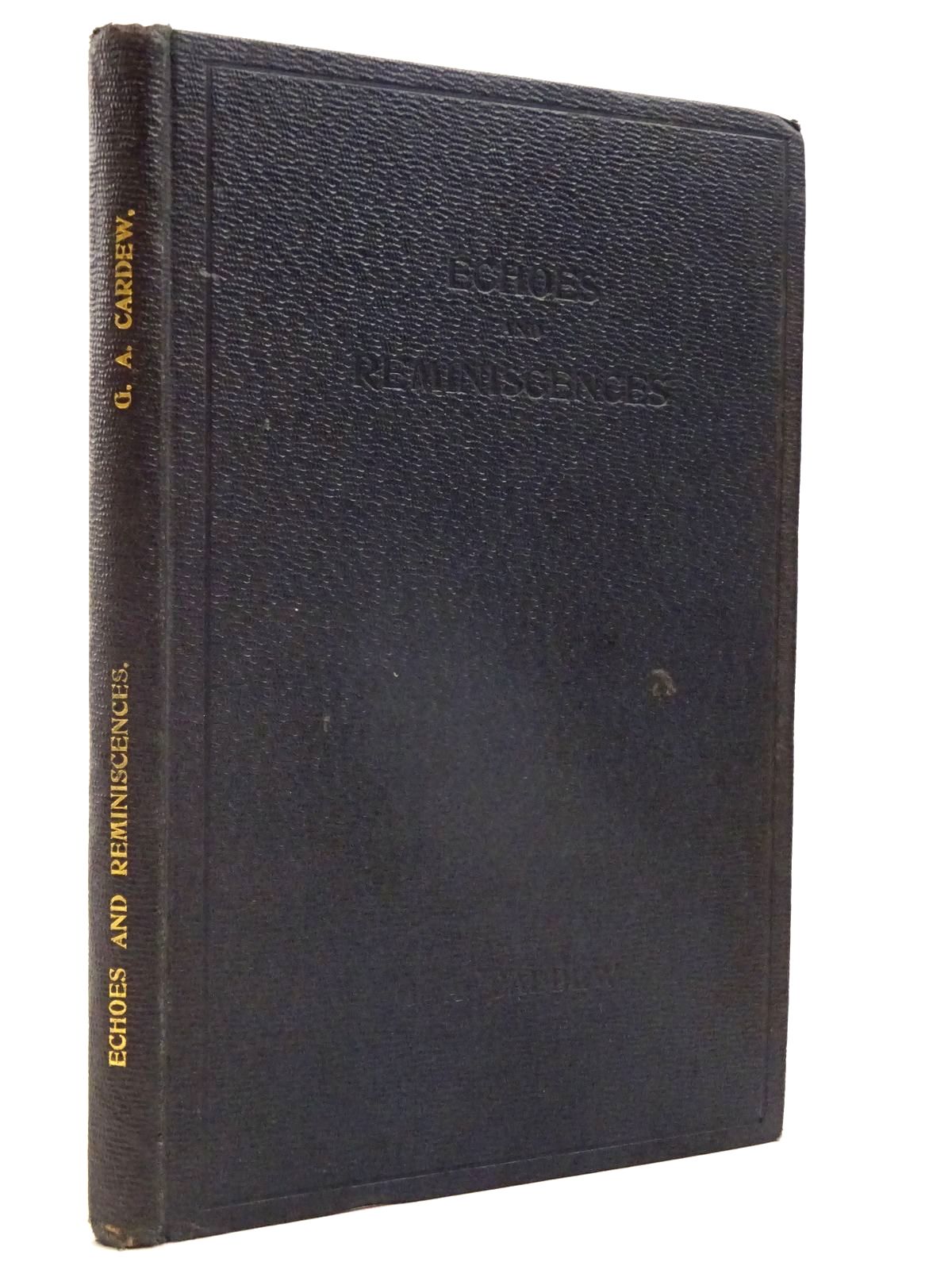 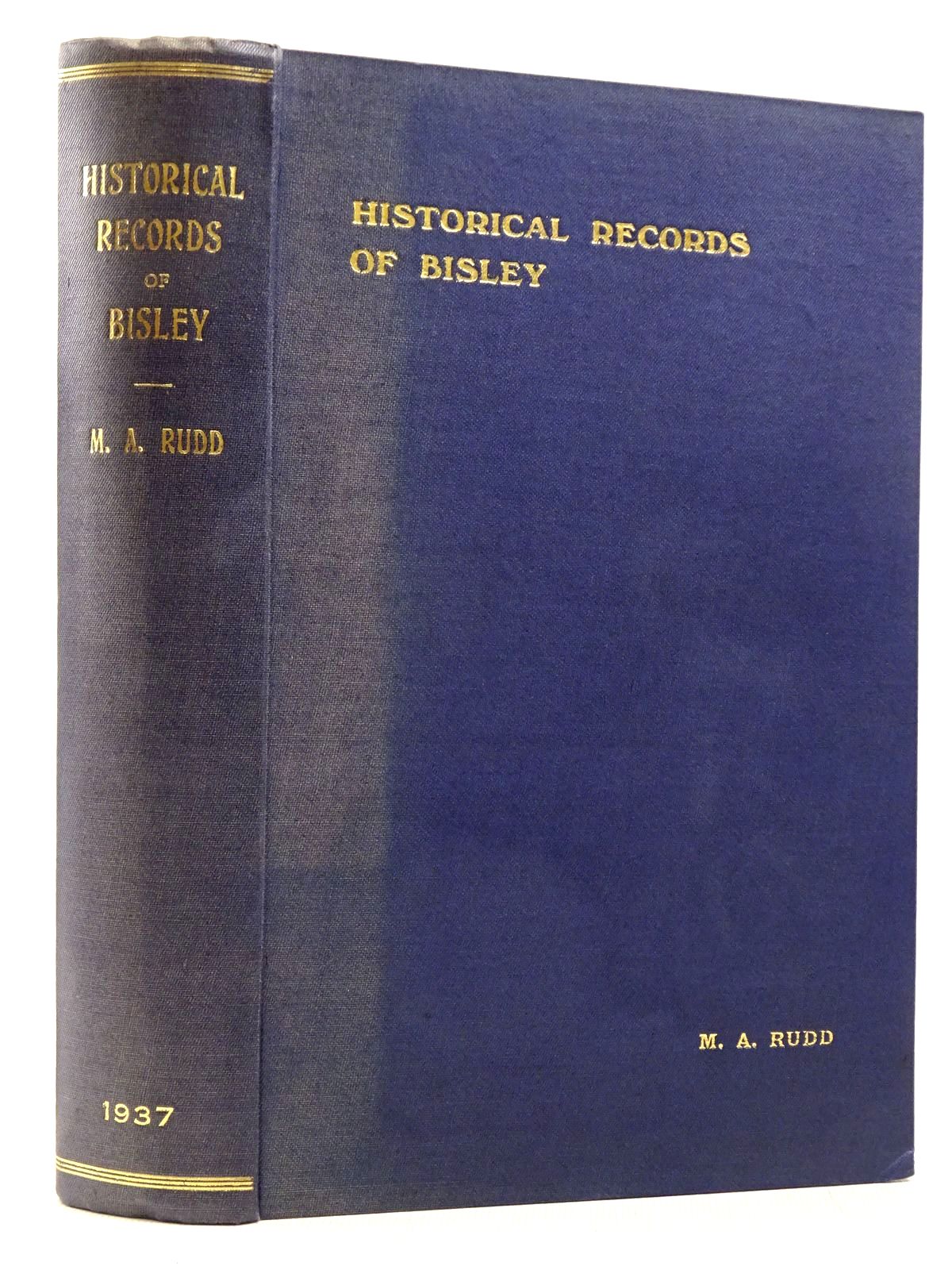 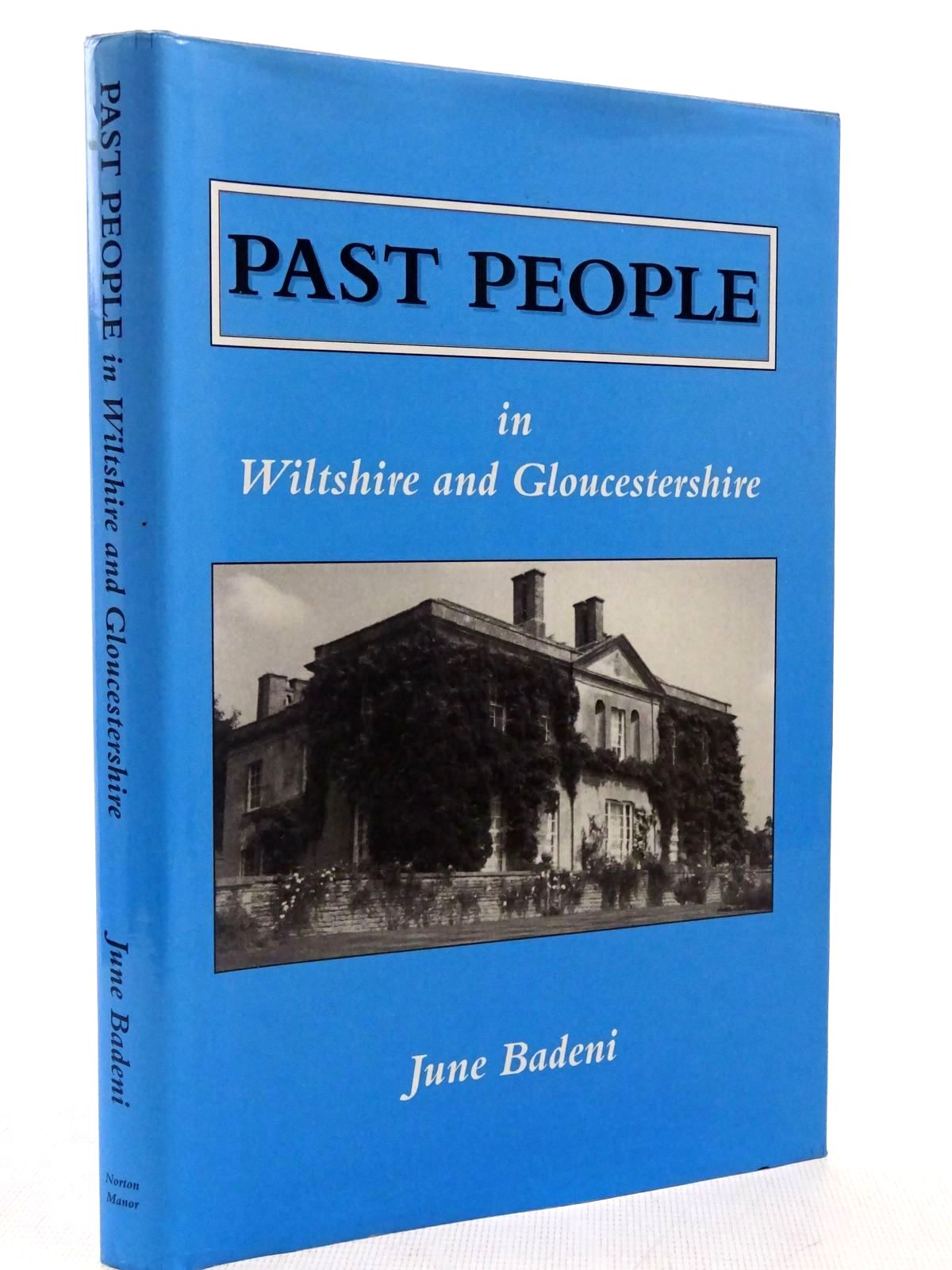 PAST PEOPLE IN WILTSHIRE AND GLOUCESTERSHIRE
Badeni, June. Stock no. 2128919
Published by June Badeni. 1st 1992. Nearly fine condition in a very good dustwrapper.