My Experience of Moving House

It began in March 2018.  Since the death of my stepfather in March 2017 my husband and I had numerous conversations about selling our shop premises at Rose’s Books in Hay-on-Wye along with our flat above, not only to simplify our life but also to be close to family in Chepstow.  We were warned not to act too quickly after the death of a loved one so waited a full year before making a final decision. After consulting with my business partners in March 2018, it was decided that we would go ahead and put the property on the market. 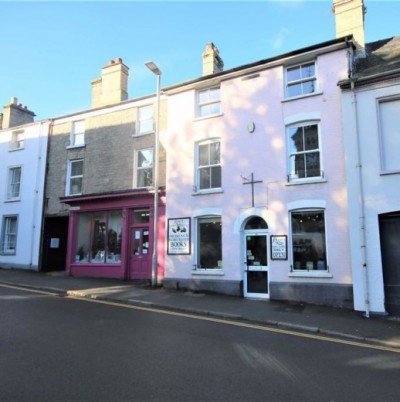 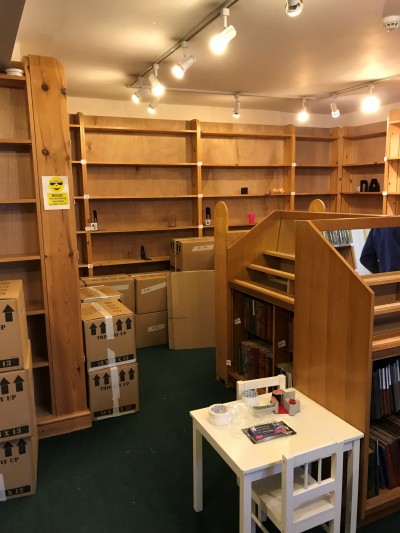 We were so excited to have several viewings immediately and within a couple of months an offer was made which we accepted.  Being a shop with full-time and part-time staff members we thought that it was only fair that the staff were informed of the decision and they were immediately given notice.  The two longest running staff members were given 11 weeks’ notice and their last working day was in September 2018. We arranged to have the shop closed and the books moved down to the Tintern shop, Stella Books, by mid-September.

HOWEVER – here is where the stress begins.  The initial offer was withdrawn – shock – horror!  As we had already given the staff their notice and as it was clear that this could keep happening, we didn’t want to mess the staff around, so we went ahead with the shop closure in Hay in September 2018.  This went amazingly smoothly.  We employed a local removal company to pack most of the books and deliver them to Tintern.  There was no major damage or loss, so that was good. 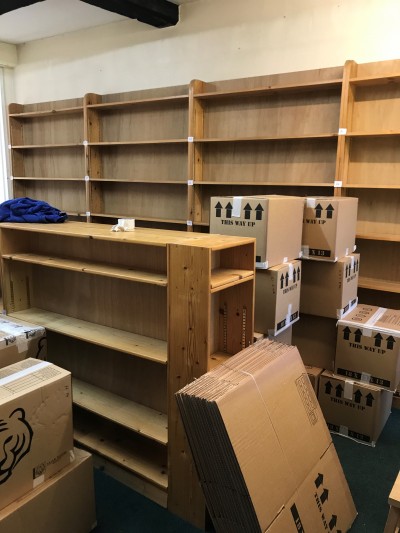 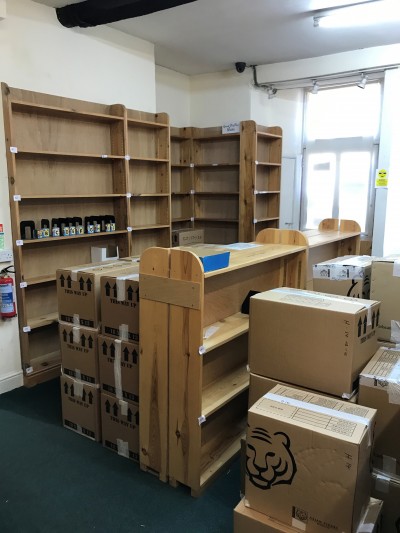 Unfortunately, though, this did mean that I needed to commute to Tintern for work and back - 1 hour 10 minutes drive each way and that was when the traffic was good.  Thankfully I was able to work from home on a Monday and commute Tuesday to Thursday. Fridays I spent recovering from all the travelling!  It was tiring to say the least, but it is a lovely drive along Herefordshire and Monmouthshire country roads, so that was a little blessing. 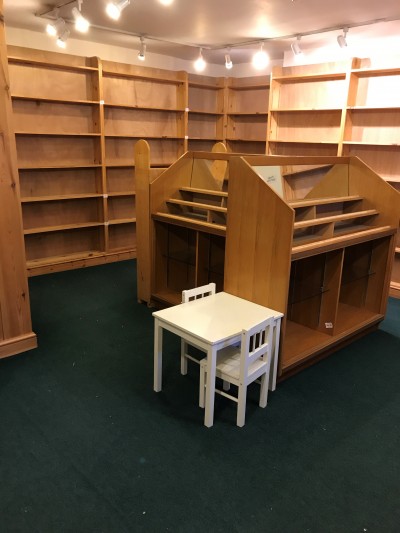 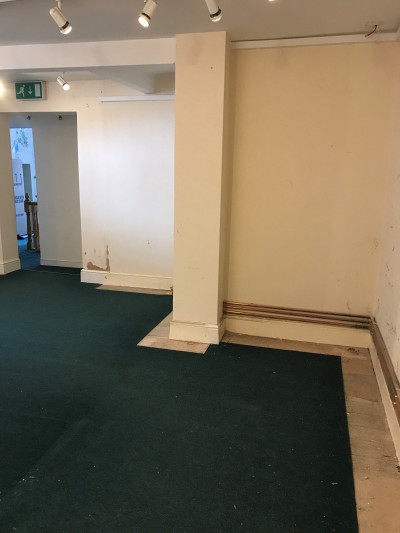 Despite many viewings over the next couple of years we didn’t receive another firm offer until January 2021. Although this offer was lower than we had hoped for, we accepted it, and thankfully it went ahead. We also found a property in Chepstow that was ideal and the offer we made on that property was accepted.  The situation continued to be very stressful though.  Our buyer was desperate to complete the sale and get on with renovations.  We finally agreed a completion date for the Hay sale of 29th March, but this meant we were now homeless as our purchase of the house in Chepstow was nowhere near completion.  Thankfully both my husband and I get on very well with my mum and she was our saviour!  But – she only had a one-and-a-half-bedroom bungalow.  She very kindly moved into the small bedroom and let my husband and I have the larger room.  Oh, by the way, between us we also had 3 dogs in the bungalow - to describe it as 'very cosy' was an understatement!

So… we waited…. and we waited… for a completion date on our property in Chepstow (yet more stress!)  We were given date after date and each time the date passed with nothing having happened. It turned out that our vendors were having problems with their vendor who didn’t really want to move but needed to, due to a change in their life circumstances.  The run-up to completion was again very traumatic with our solicitor phoning and checking details and us chasing them up to see where we were in the process.  Even the Friday before the Monday we were due to complete we had to rush up to Hay to make sure that relevant bits of paper were signed correctly. 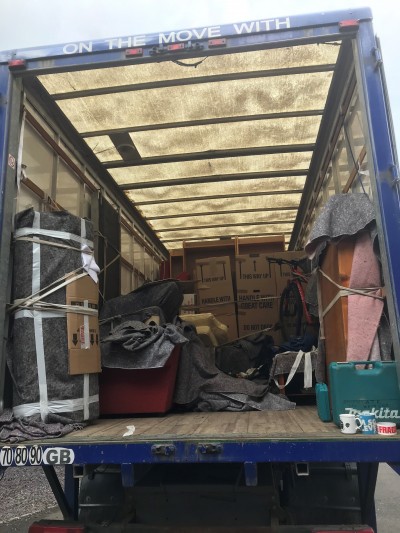 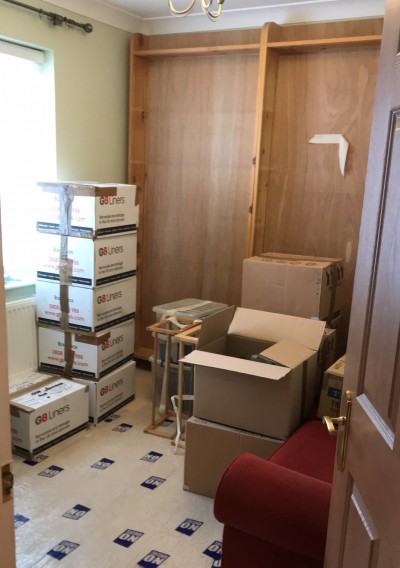 During the in-between stage of completing on the sale in Hay and waiting to complete on the property in Chepstow our solicitor advised us on a number of occasions to look out for other properties that may be suitable for us. He even suggested that we withdraw our offer on the property that we had our hearts set on, as there seemed to be set-back after set-back and he believed that the purchase may never happen.  We did keep our eyes open but nothing suitable came up and thankfully the purchase did eventually happen – what a relief. We were given the keys to our property on July 5th 2021, almost 6 months after our offer was officially accepted and after 3 months of living out of a suitcase at my mum's house, which we had anticipated would be 3 weeks at the most! 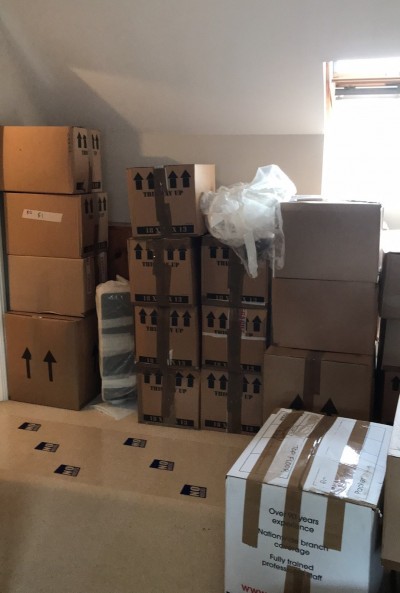 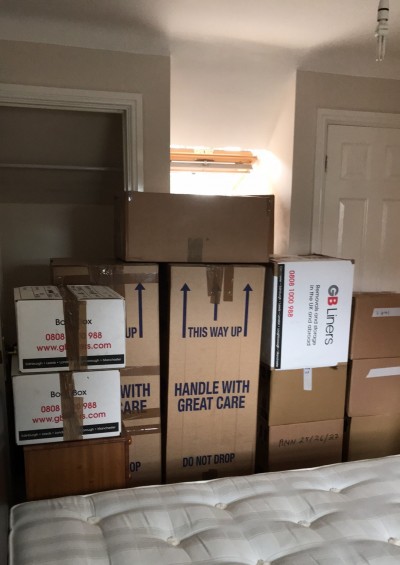 Was the stress, trauma, and frustration worth it? Yes!  We love our new house and garden (we just had a balcony previously with no garden). We have only been there for a couple of months now, but we can’t imagine living anywhere else.  However, I can definitely understand why they say that moving house is one of the most stressful things you will ever do and I really don’t want to do it again! 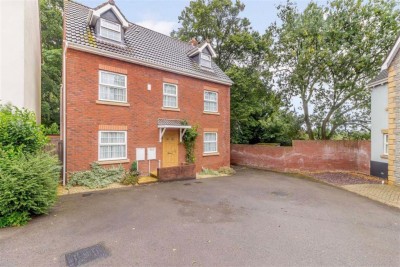 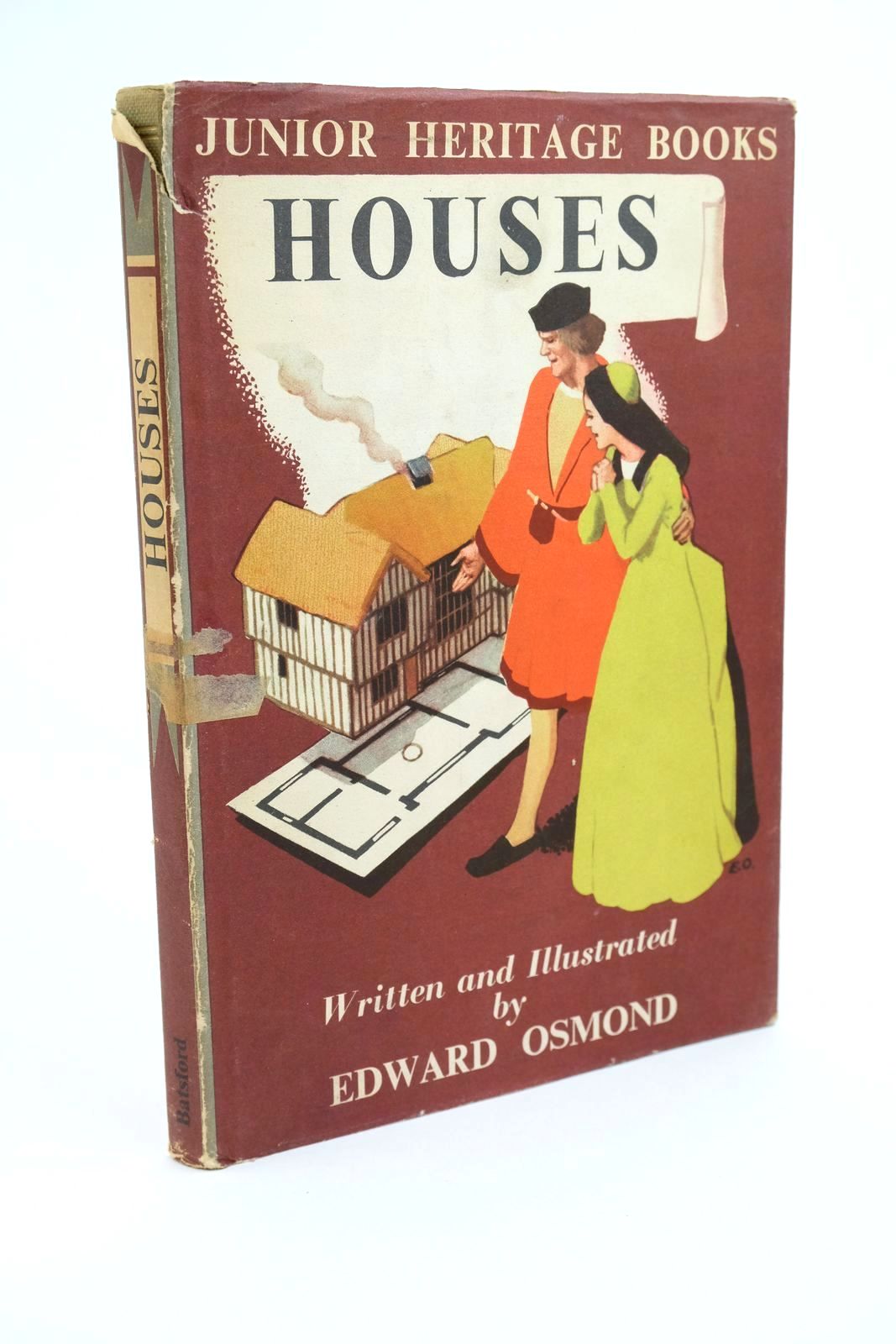 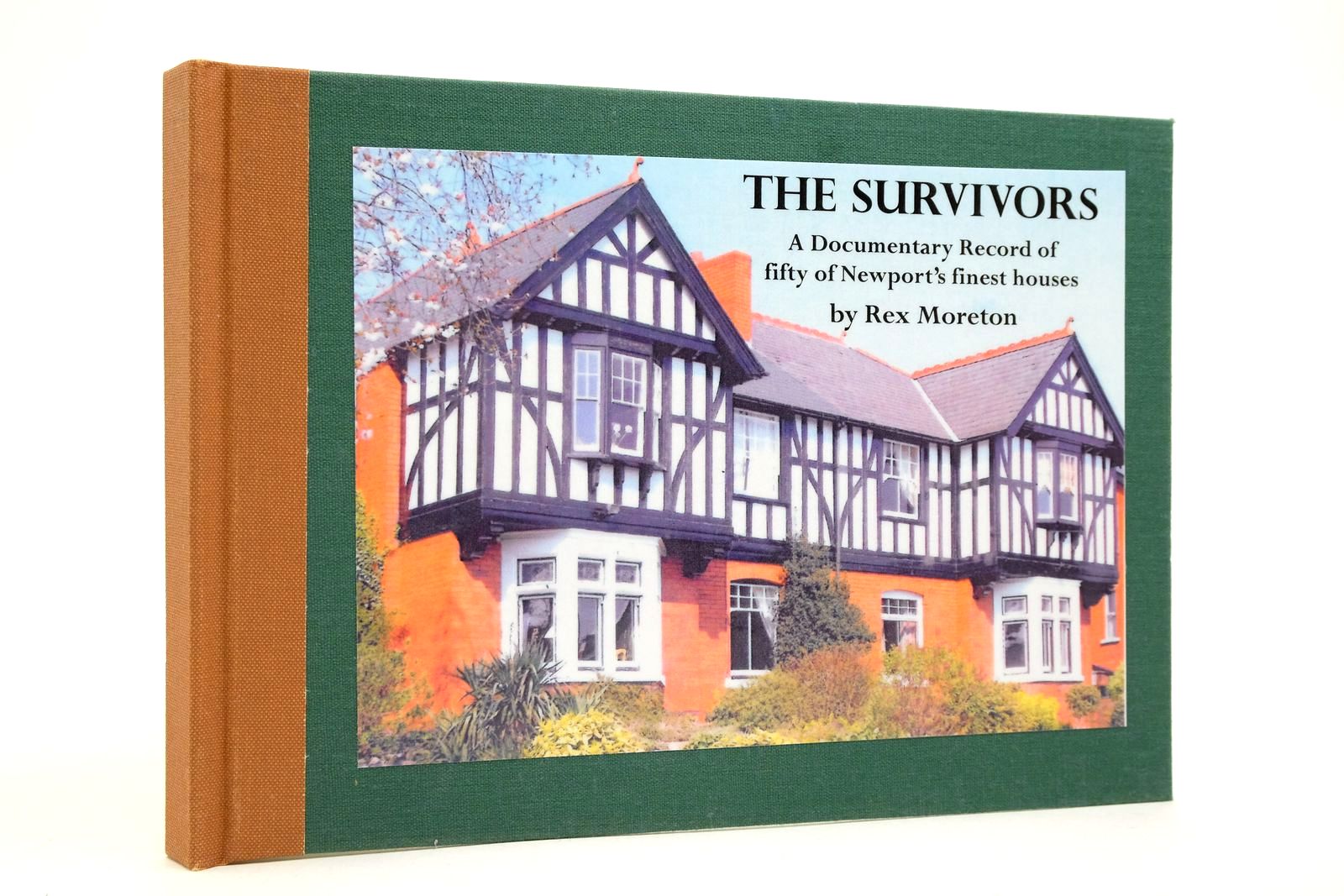 THE SURVIVORS: A DOCUMENTARY RECORD OF FIFTY OF NEWPORT'S FINEST HOUSES
Written by Rex Moreton. Stock no 2140737. Published by Vine Press. 1st. 2012. 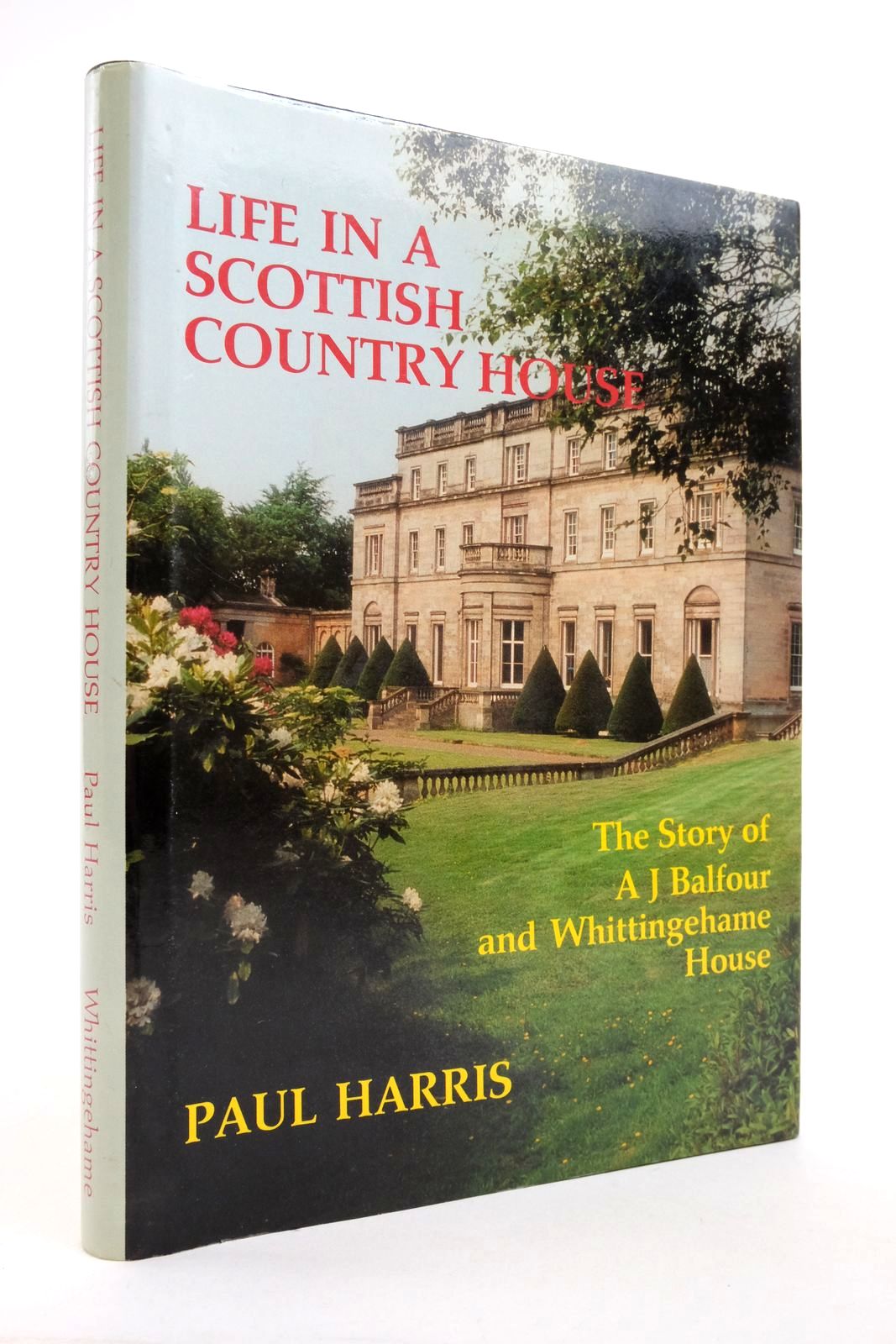 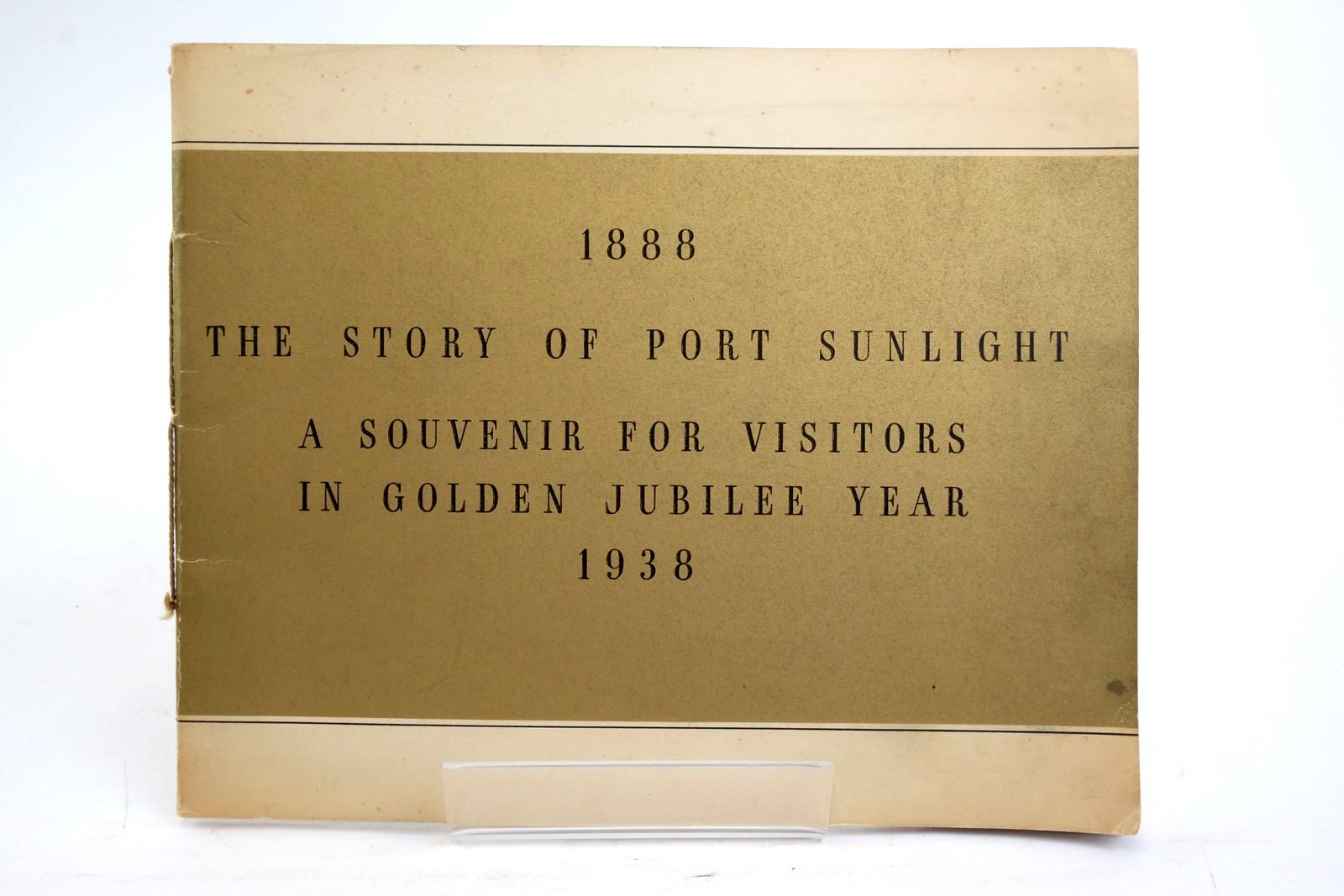 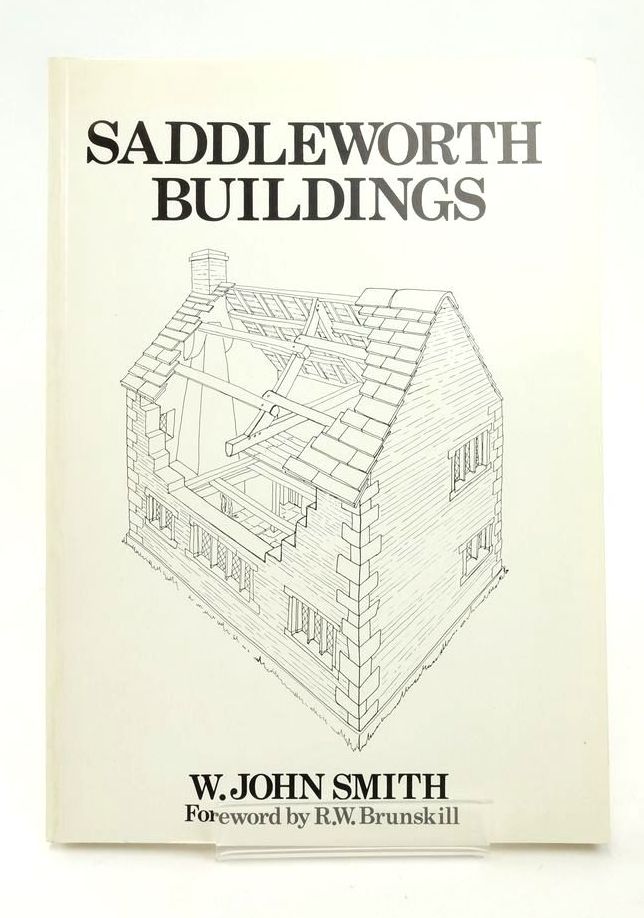 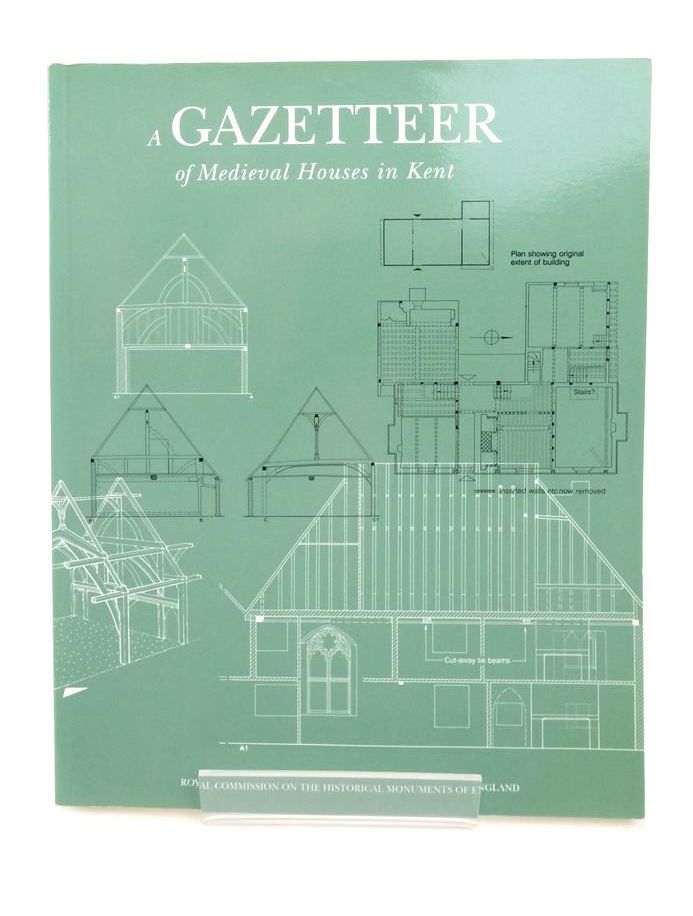 A GAZETTEER OF MEDIEVAL HOUSES IN KENT
Written by Sarah Pearson & P.S. Barnwell & A.T. Adams. Stock no 1823423. Published by Royal Commission On The Historical Monuments Of England. 1st. 1994. 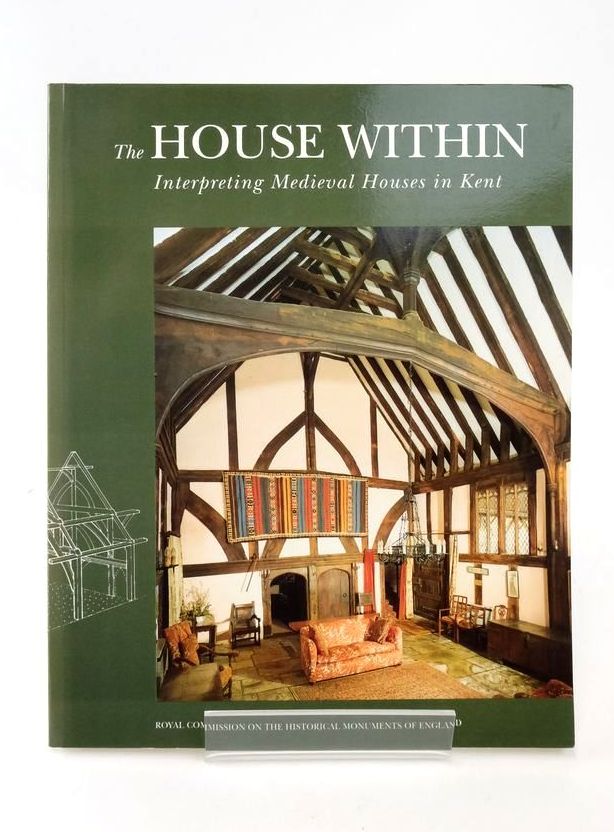 THE HOUSE WITHIN: INTERPRETING MEDIEVAL HOUSES IN KENT
Written by P.S. Barnwell & A.T. Adams. Stock no 1823421. Published by Royal Commission On The Historical Monuments Of England; HMSO. 1st. 1994. 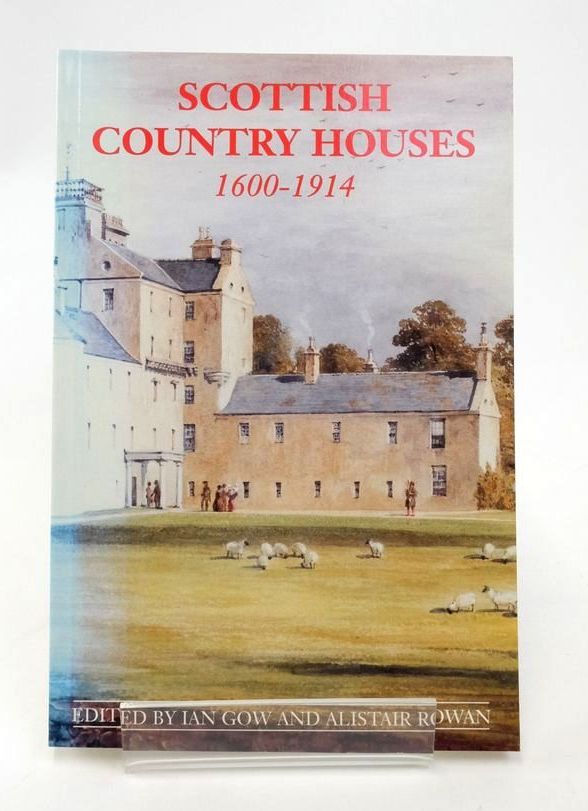 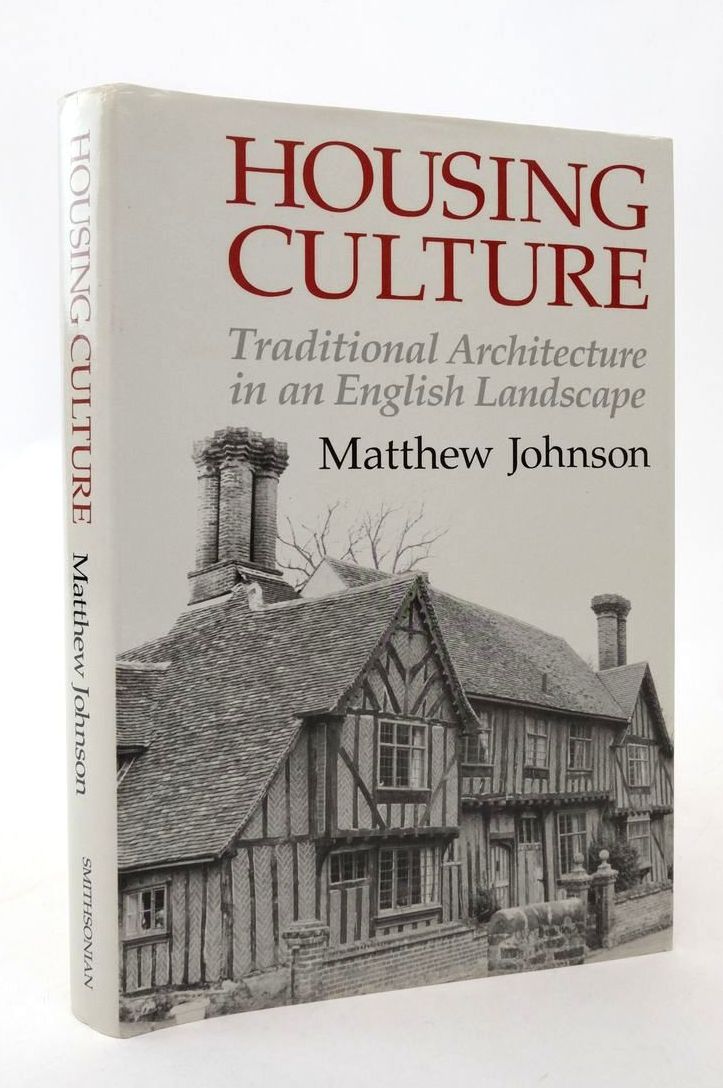 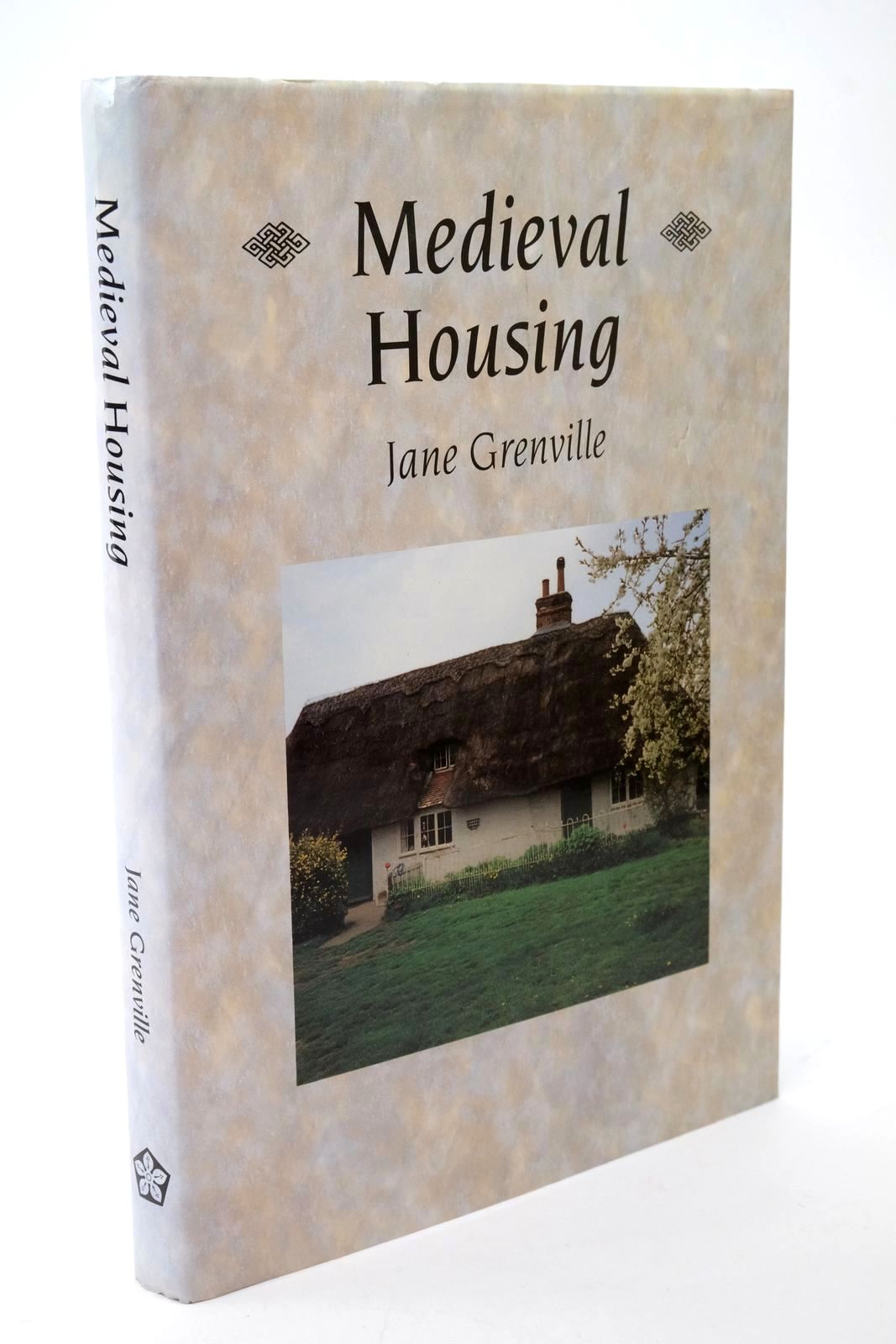 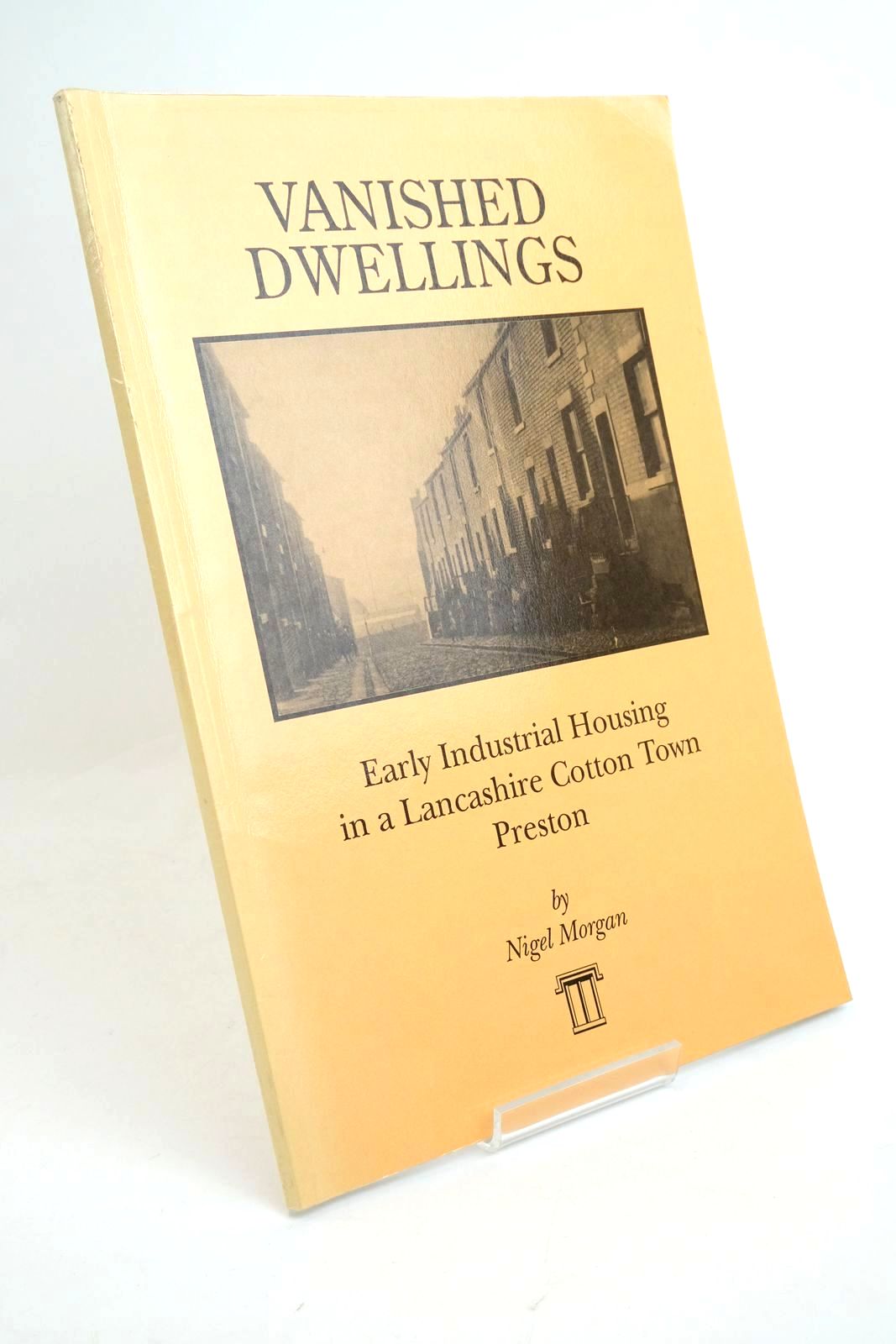 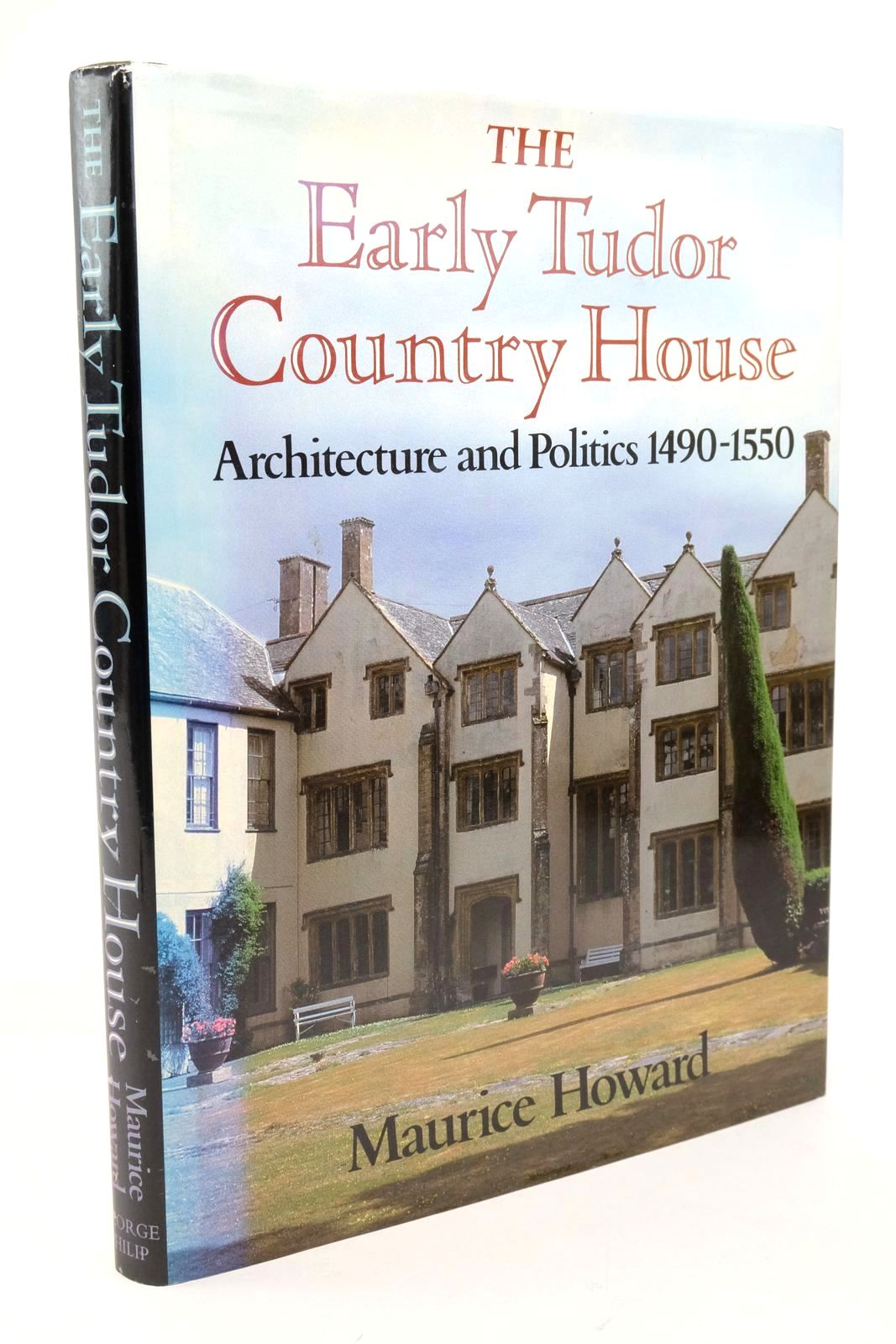