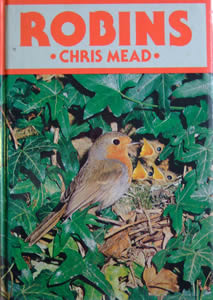 There couldn't be anything else for me this month other than a book about birds, we have recently bought a lovely collection of bird books, which I have been industriously putting on display. 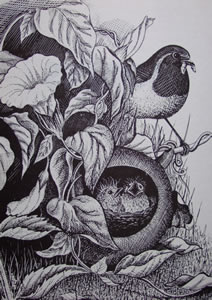 I could have chosen 'A Reconnaissance of the Game Birds of Hawaii' or 'A Guide to the Birds of Nepal' or 'Australian Parrots', but I have chosen a book about my favourite garden bird - the Robin.

In Chris Mead's book he guides us through the life and times of the Robin and how we as humans have developed a relationship with the Robins that visit our gardens.

We learn that so popular was and is the Robin - and here I will give it it's Latin name Erithacus rubecula melophilus, - that when people, especially in the 19th century, migrated to places such as Australia and New Zealand, they tried to create a little bit of home thousand of miles away by introducing Robins to the local area – all to no avail!

In the chapter on 'habitat', we find out why the Robin is such a feature in our gardens. Robins like to live in areas of thick low cover, from their origins in the deciduous forests of Europe, with their layer of undergrowth; to our owngardens where we plant hedges and shrubs for our own privacy, which also provides the perfect habitat for the Robin, who is not a particularly gregarious bird.

A Robin's nest we are told is a hair-lined cup shape, which is well hidden, but this must be the oddest place to find a nest:

'One amazing nest-site, recorded in a more barbarous age, comes from Trafford Green, near Chester. Two criminals were hung for mail robbery, and their bodies left to hang in chains from 1796 to 1820. when they were taken down a Robin's nest was found in the skull.'

I love the title of this chapter - 'Display and Aggression – murder'. 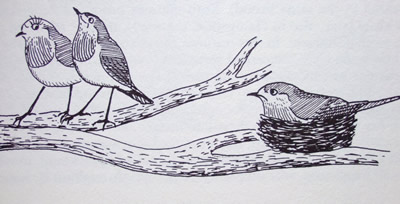 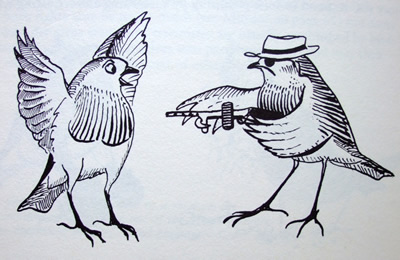 Robin's are notoriously territorial. It starts with a puffing out of feathers and a search for higher ground, this is usually enough to see off another Robin, but as Chris Mead says '… this is not end of the story, for the possession of a good territory is the Robin's key to survival'

In winter, if food is in short supply, a Robin will need to defend his territory and in Spring a good territory will attract a mate.

If the intruder Robin starts to sing, it will be met with louder singing and aggressive posturing and if the intruder decides to persist in his singing, the owner of the territory will fly in and attack, sometimes to the death:

'….the winner will have pecked at the loser's head and even exposed the brain'.

The Robin is also an endearing bird, it will follow you around in the garden, sitting quite close whilst you dig thegarden and some can even be tamed to sit on your hand or head - although I feel this has a lot to do with the judicious feeding of meal worms, which is the Robin's favourite food!

The Robin is also immortalised in stories and nursery rhymes, and a Christmas wouldn't be the same without a Robin on a card.

'...Margaret Holden wrote of the household Robin which, having eaten its share of the plum pudding and brandy sauce, fell off the chair back on which it was resting. Left in a safe place to sleep off the effects, it never touched another drop!' 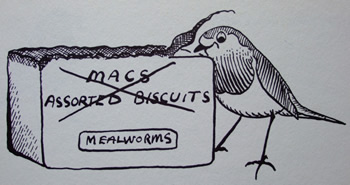 This is a great book for any sort of birdwatcher, made all the more endearing by the illustrations of Kevin Baker. 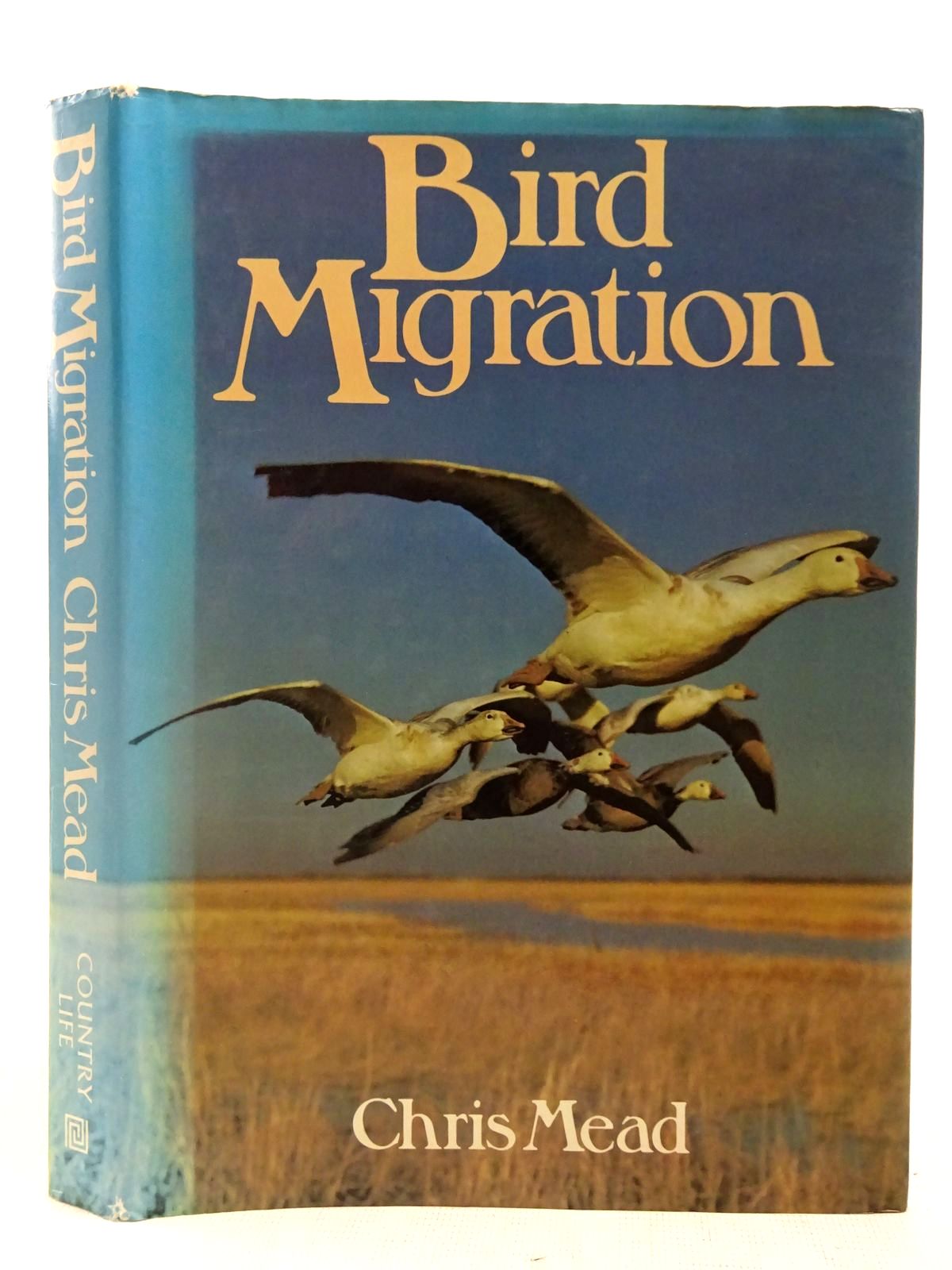