Twenty Thousand Leagues Under The Sea by Jules Verne

Exploration. Curiosity. Mystery. All of these ideas are often central to a good adventure narrative, and all of them are very much plain in Jules Verne's 20,000 Leagues Under The Sea: the tale of a scientist, his manservant and a witty whaler, all three of them captured by a mysteriously glowing vessel beneath the deep and taken forth into a whole new world by the mysterious and captivating Captain Nemo. 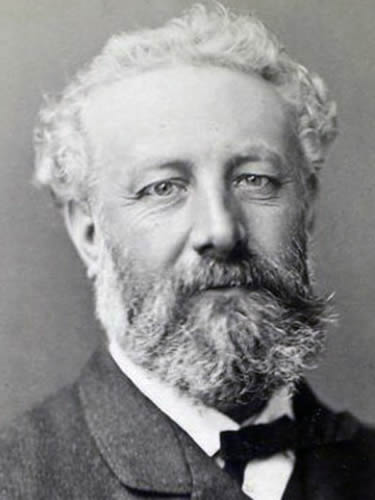 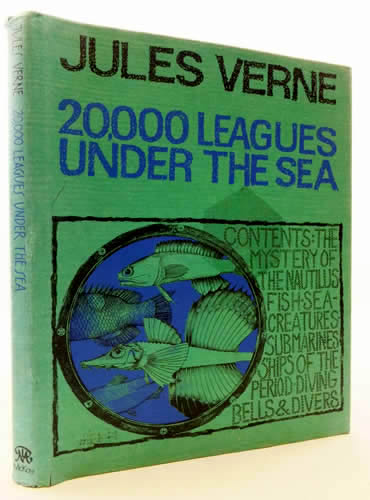 20,000 Leagues is considered to be one of Verne's best-known books, along with A Journey To The Centre Of The Earth and Around The World In 80 Days, but since 1979, Verne has been the second most widely-translated author in the world, in between Agatha Christie and William Shakespeare, and he's often named as one of the primary fathers of modern science fiction – Verne has in his writing an incredible penchant for describing a foreign aspect of the world in a way that pulls the reader indescribably. 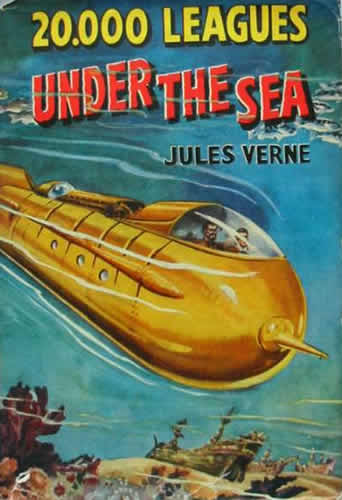 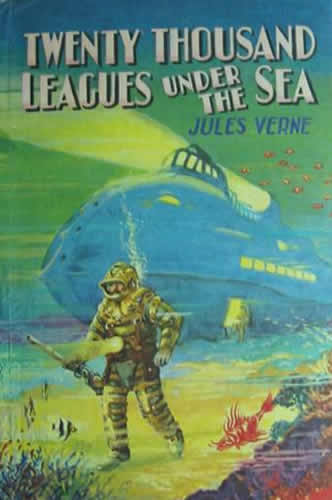 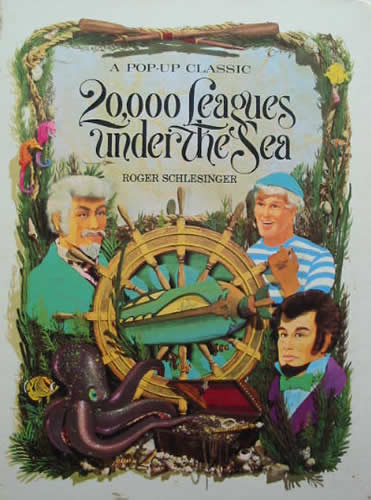 And in none of his books is that more plain than in 20,000 Leagues Under The Sea.

20,000 Leagues Under The Sea was originally published in a French periodical from March 1869 through June 1870, under the French title Vingt mille lieues sous les mers, and the year after came a deluxe version of the text illustrated by Alphonse de Neuville and Édouard Riou, with a full 111 illustrations – today, these illustrations remain some of the most iconic of the text (see below). 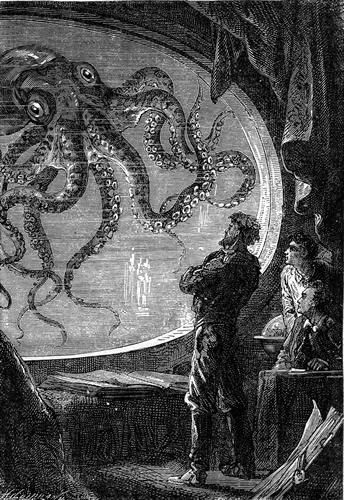 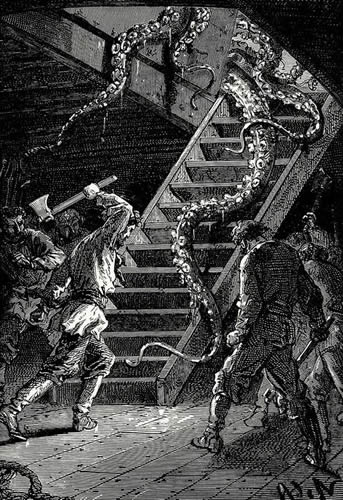 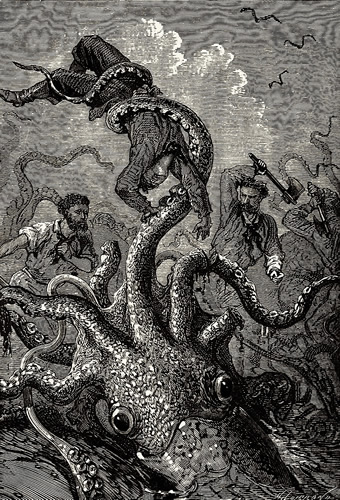 The novel begins with the news of a strange, gigantic monster to be found beneath the depths, causing damage to other ships and otherwise being mysteriously and suddenly present in one part of the ocean and then, quickly enough, another region far removed from the first: no one knows what the monster could possibly be, but of course, an expedition is soon routed to capture its position and, quite crucially, stop it from causing further damage.

Doctor Pierre Aronnax and his manservant, Conseil, are both invited on the expedition, and they soon land upon a whaling vessel to be introduced to the skilled hunter, Ned Land. Aronnax is a man focused on his profession, and the whole novel is told from his perspective; while he has a tendency to wander away from his narration and instead list a half-dozen species of fish or question the physics of his situation, he's an intensely curious man excited to make new discoveries, and in that he's likeable. 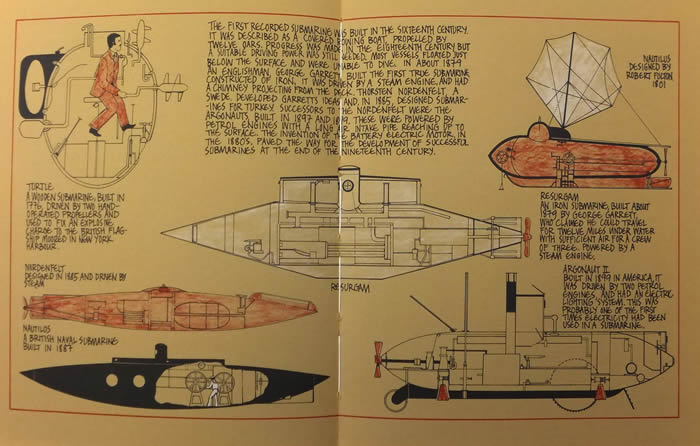 While searching for the giant beast they think is below the seas, they find something very different – the immense, undersea ship called the Nautilus, and captained by the mysterious and charming Captain Nemo. Nemo takes the three men all around the world under the seas, and they encounter all sorts of ocean life, from small fish and turtles to horrible masses of giant squid that attack the ship itself.

20,000 Leagues Under The Sea is one of those stories that grips you all the way through, and for me it's one that can be read again and again – the imagery is colourful and exciting, and the story itself is like no other. 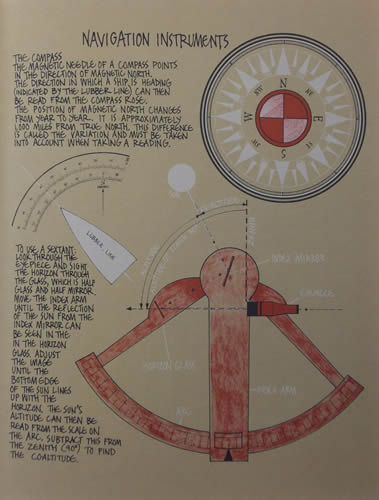 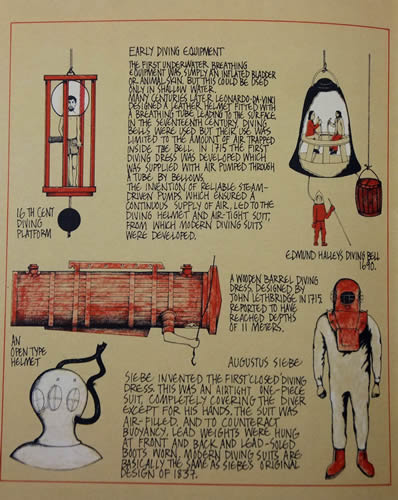 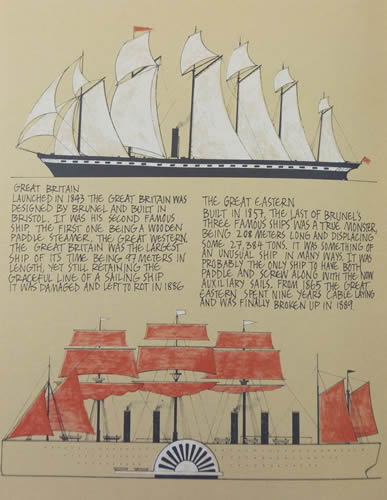 One of the exciting things is the way the text has been re-imagined again and again: each illustrator that approaches Verne's work has a slightly different idea of what the characters and the locations look like, but every interpretation is enjoyable to look at.

Jules Verne was a profound influence on science fiction, and 20,000 Leagues Under The Sea is one of his most interesting novels that made astonishingly accurate predictions about the development of undersea vessels, but every one of his stories encapsulates the adventure and wonder that was constant in early science fiction.

20,000 Leagues Under The Sea is a beautiful text, all told, and it's as great an adventure as any of Verne's most well-known tales.

JOURNEY TO THE CENTRE OF THE EARTH
Verne, Jules. Illustrated by Phillipps, W.F.. Stock no.
Published by J.M. Dent &amp; Sons Ltd.. Very good condition in a very good dustwrapper.

INTO THE NIGER BEND
Verne, Jules. Stock no.
Published by Arco Publications. Good condition in a good dustwrapper.