Curious George has become one of the most loved and recognizable characters from children’s literature. His stories are so popular that they have never been out of print since their first published date in the early 1940s.

Despite being a monkey, George is never pictured with a tail – something I hadn’t really registered until I was researching for this article.  George is described as a ‘good little monkey, and always very curious’.  I wonder how many people know that the first British edition of Curious George was actually entitled “Zozo” so as not to associate King George VI with a monkey!  The British edition was first published in 1942 and later reprinted with edited text and the new title which everyone has come to know and love. 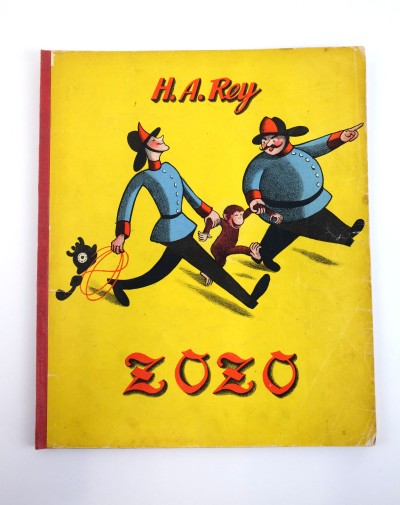 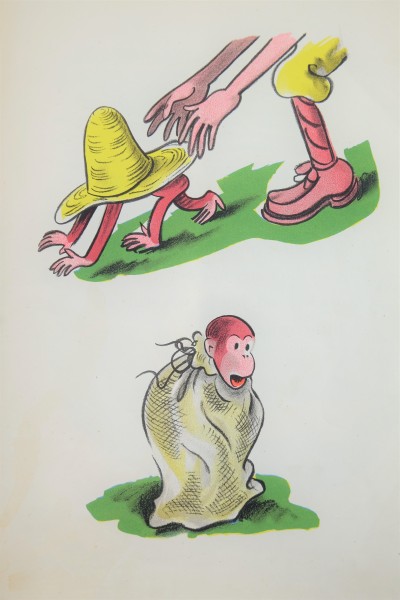 In this first book about George, he is caught by ‘the man in the yellow hat’. The man puts his hat down on the floor and, being curious, George picks it up and puts it on his head – obviously the hat is too big for George and this gives the man the ideal opportunity to pick him up, pop him into a bag and take him from Africa to America to live in the zoo. 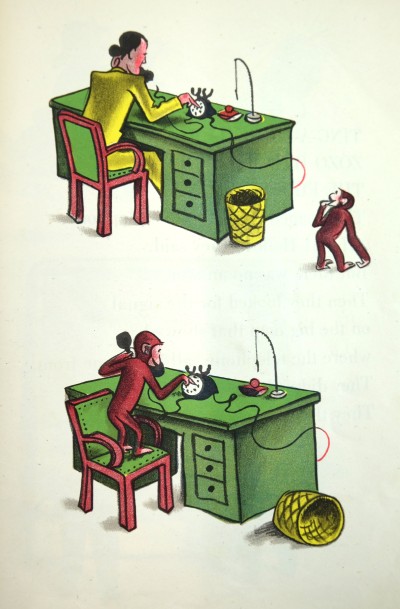 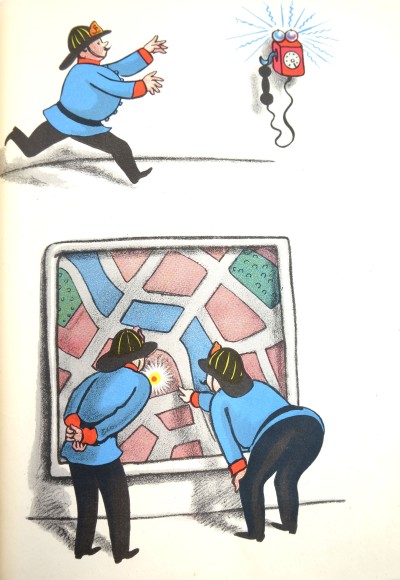 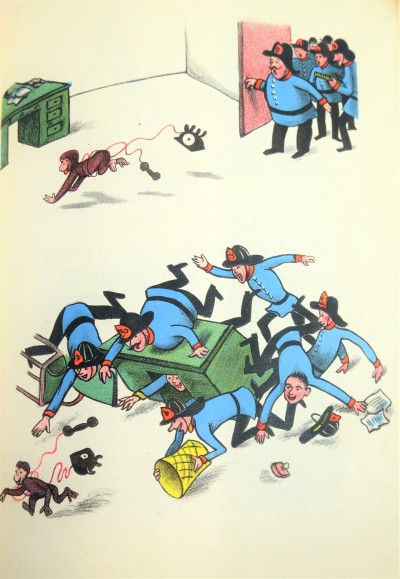 On their journey to the zoo George has many adventures.  First of all, he is curious as to how the gulls fly and of course he has to try himself! Then George watches the man telephone the zoo and being curious he wanted to telephone too but ends up calling the fire brigade! When the firemen arrive at the house and find George but no fire, they catch him and put him in prison to keep him out of mischief. Next George escapes from the prison and again, being curious, he manages to get whisked away in the wind with a bunch of balloons.  He ends up on top of a traffic light with everyone below getting very mixed up in their vehicles and at last he hears the familiar voice of the man in the big yellow hat! Everyone is happy now and Zozo (George) is driven to the zoo and decides this is a nice place to live with all the other zoo animals. 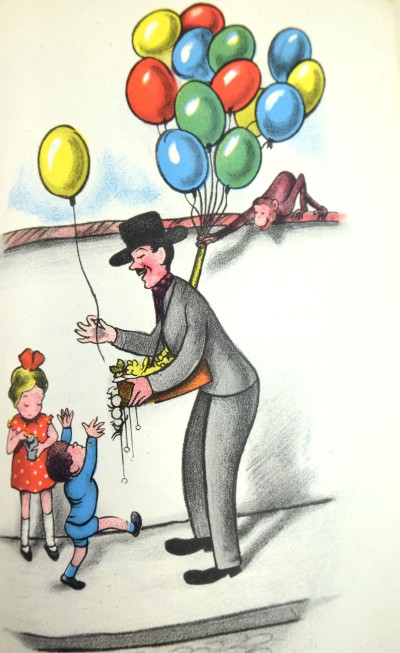 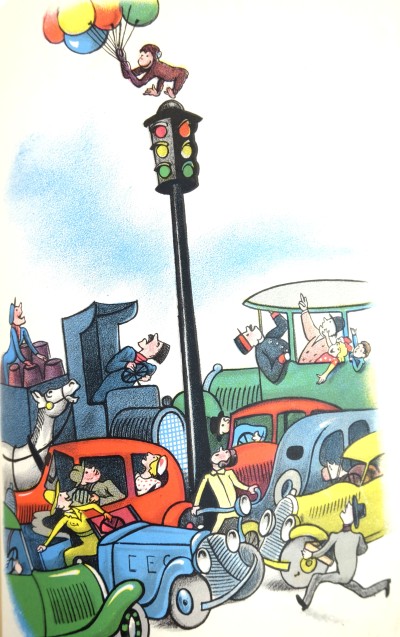 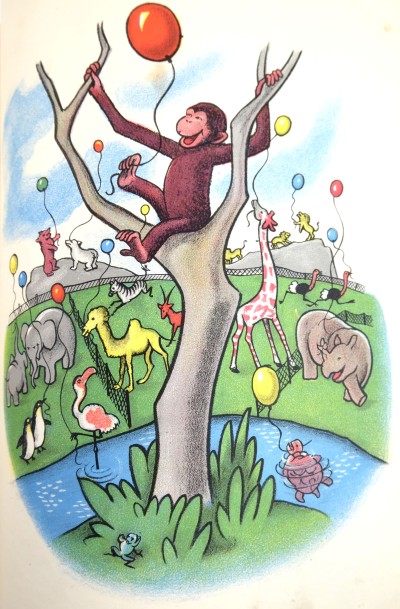 Hans and Margret Rey were both German Jews.  They were married in August 1935 and moved to Paris after their honeymoon. However, during the tumultuous wartime they fled Paris with little belongings and just five manuscripts, of which Curious George was one. They arrived by boat in New York City and began a new life as children’s book authors. Curious George actually first made an appearance in “Cecily G. and the Nine Monkeys”, the British edition of which was entitled “Raffy and the Nine Monkeys”. George appeared as a monkey named Fifi but in the British edition, he is again called Zozo!  He was such a popular character in this book that the authors were led to create a whole new series based on this curious little monkey. At the time this article was written we have a copy of this title in stock.

This is such an amusing little story.  I do hope that it will still be in print in another 80 years’ time! 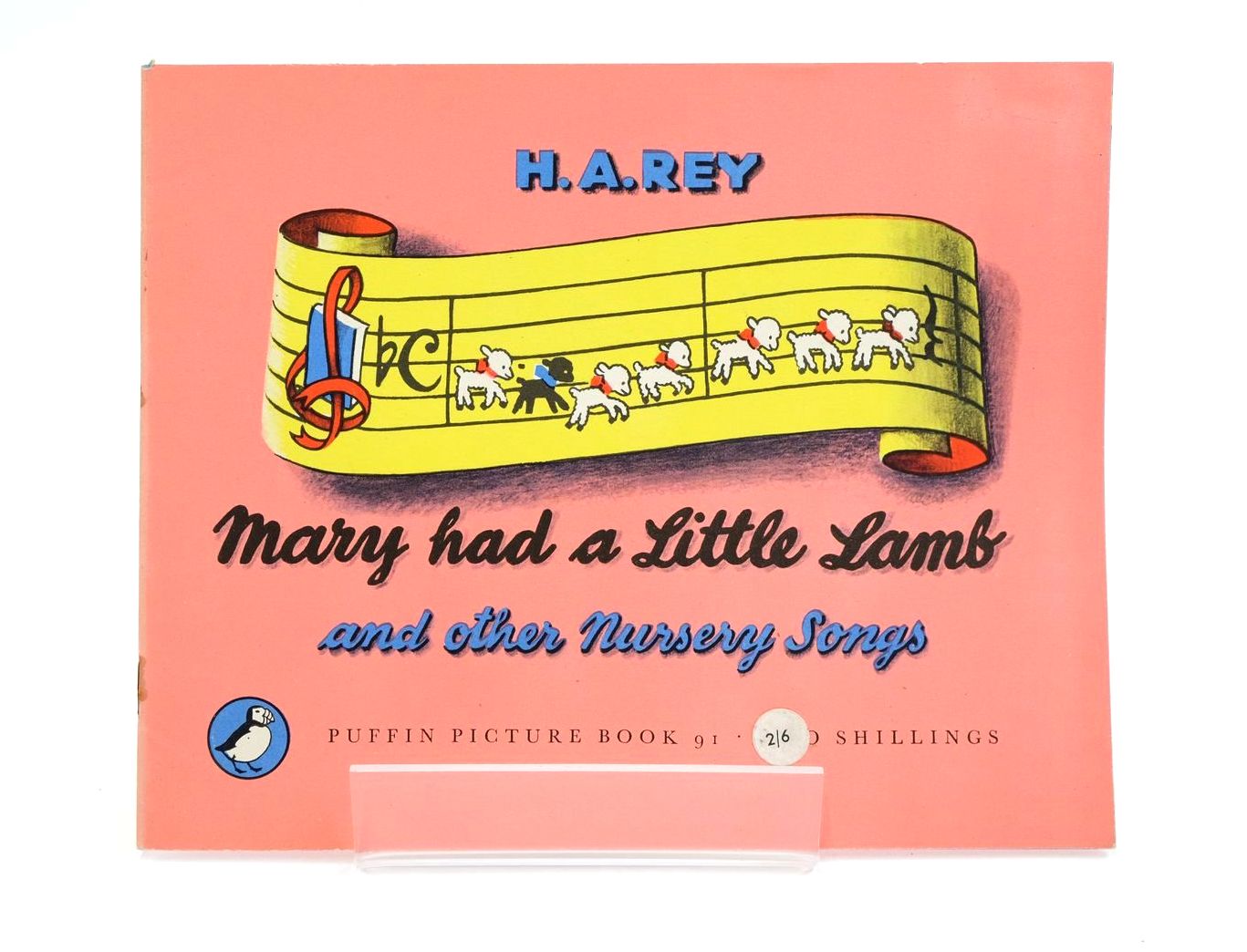 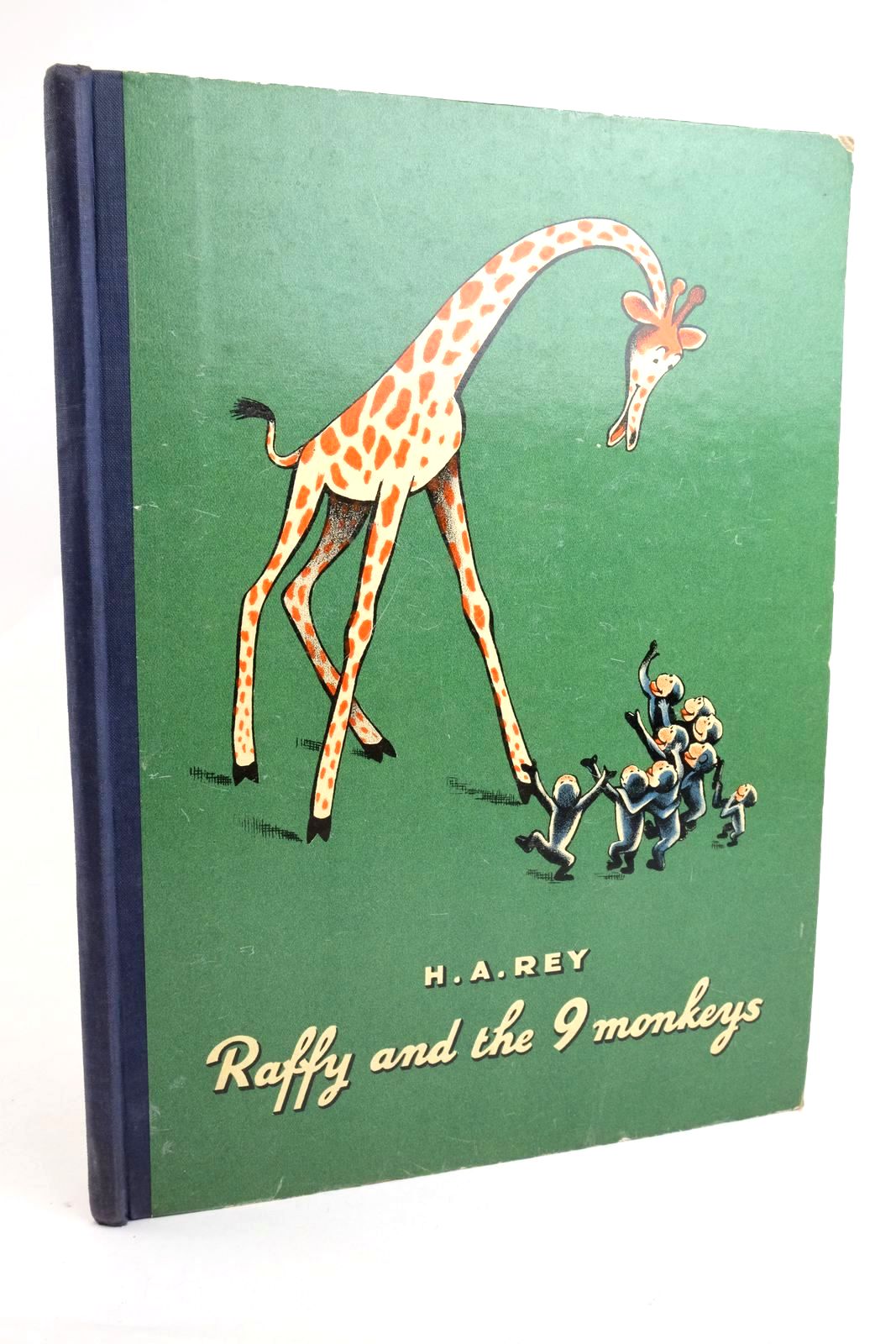 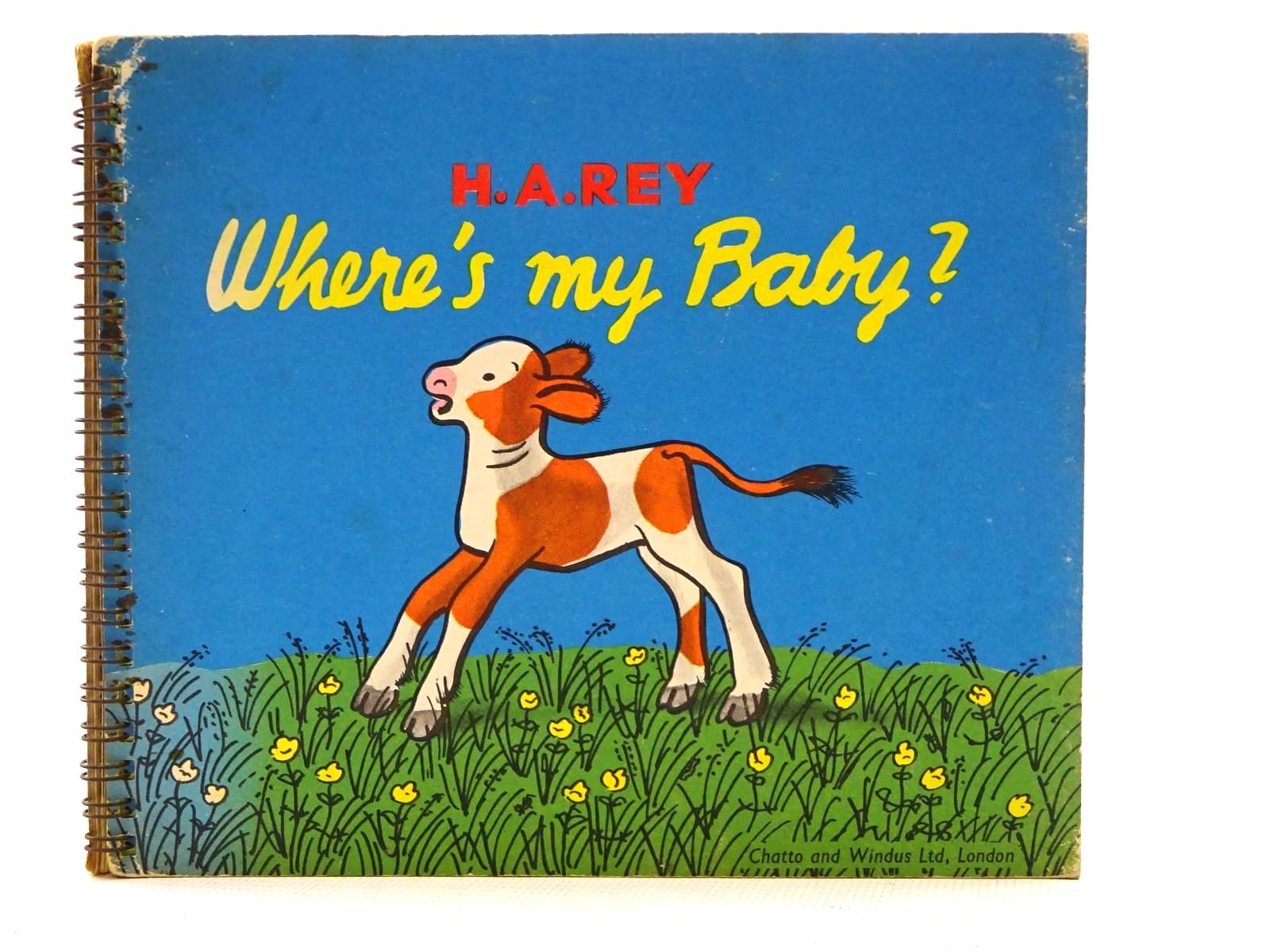 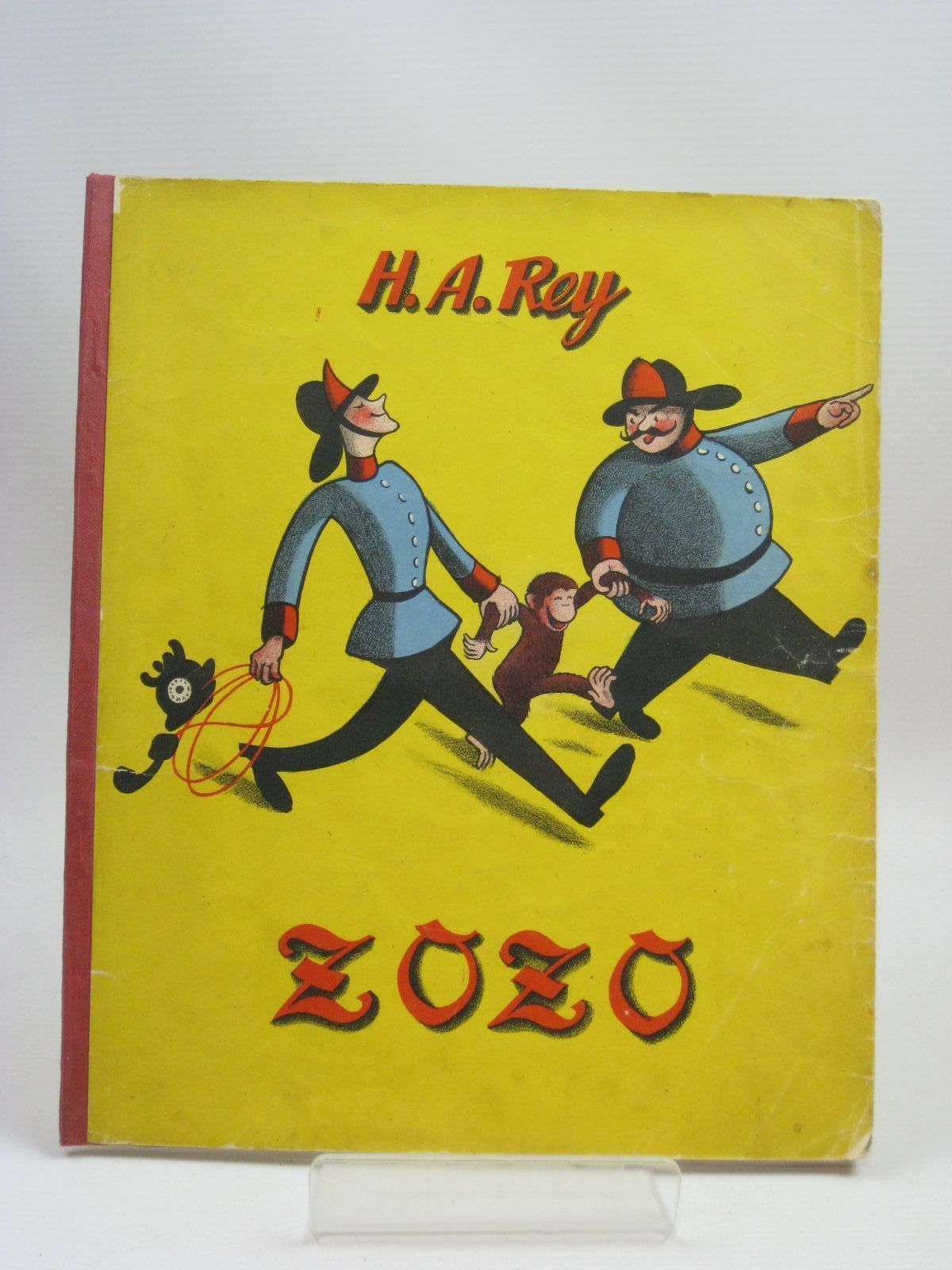 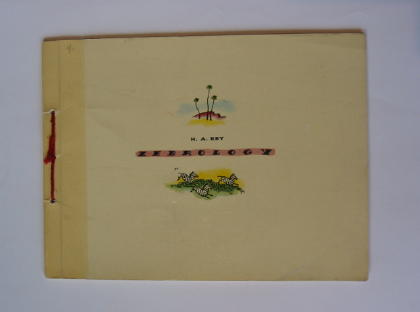 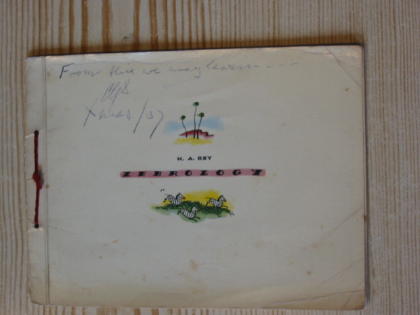 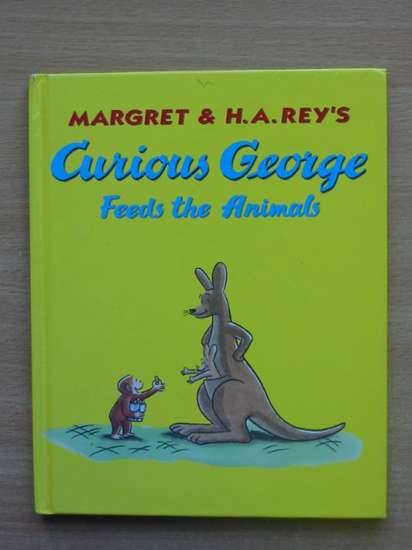 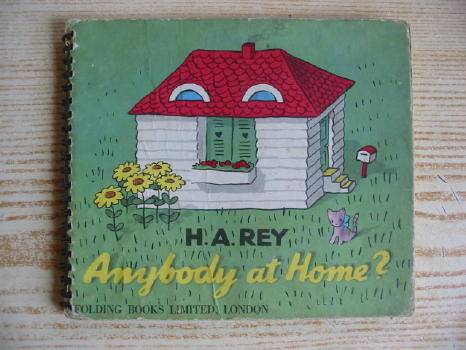