I enjoy motor racing and I enjoy reading about the pioneering early days of racing, written by the characters who took part in this dangerous sport. I have read a few books now about racing drivers, pilots and stunt drivers and the thing that leaps out when reading about these escapades is the sheer joy and certainty that this was what they wanted to do.

By today’s standards they did what interested them and did not worry about the consequences.  These drivers however seemed to exceed their quota of catastrophic mechanical failures. Steering failures, detached wheels and cockpits flooding with fuel, rather than warning them off, provided them with a diet they absolutely thrived on, with only a vague relationship with Health and Safety by today’s standards! Most of them seem to suffer many accidents, some serious, that required stays in hospital, sometimes for a considerable time. I suppose to a degree I envy them their freedom to undertake their activity without any restrictions. 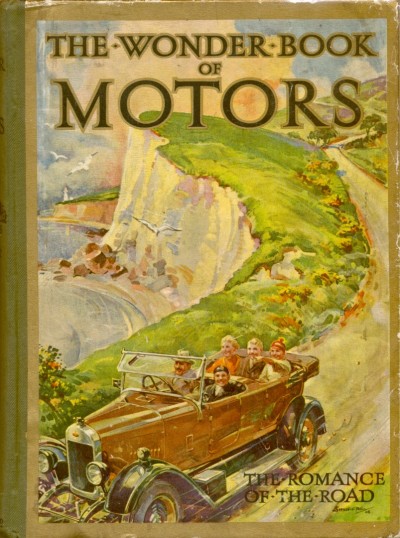 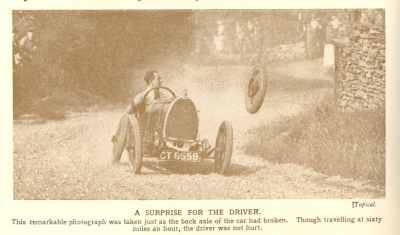 Nearly all of them were interested in or fascinated by motor racing from an early age and were able to pursue their dreams. It is a pity that today there are not the same opportunities for children.

Roland Pike raced motor bikes from 1935 to 1951, but as he describes in his book “The first time I rode a motor bike was around 1928 when I was about 14. I borrowed my father’s 1921 Belgian FN, a four-cylinder 750cc machine with shaft drive and a sidecar. That first ride ended in the bushes and I pushed the outfit back to the house, hoping my father would not notice the damage I’d done; but of course, he did, and I wasn’t allowed to touch the bike again for ages.” This young lad’s stunt is something a lot of us can relate to in some way but too few of us had the focus to drive our passion into a career. 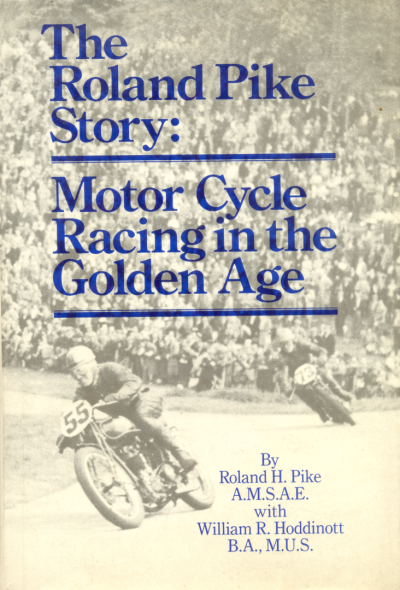 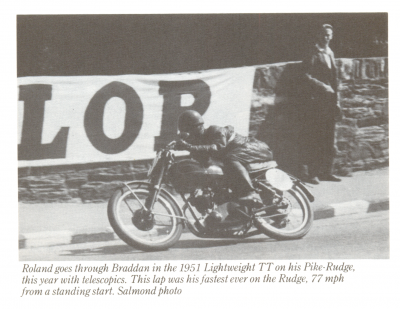 Mike Hawthorn, who won the F1 World Championship in 1958, started driving cars when he was just 8 years old! A car was in for repair at his father’s garage and the owner found Mike driving it. Despite the owner being livid with rage, the thrill at having a moving car under his control stuck in Mike’s mind. During his career he suffered many accidents and spent weeks in hospital, but this did not stop him racing. After one fiery crash Mike was struggling in hospital to use a pair of crutches because of the burns he had sustained, and he was briefly given a wheelchair. However, the Matron decided that for the safety of staff and patients ‘Mr. Hawthorne’s attempt to get his lap times down would be better served back on crutches’! 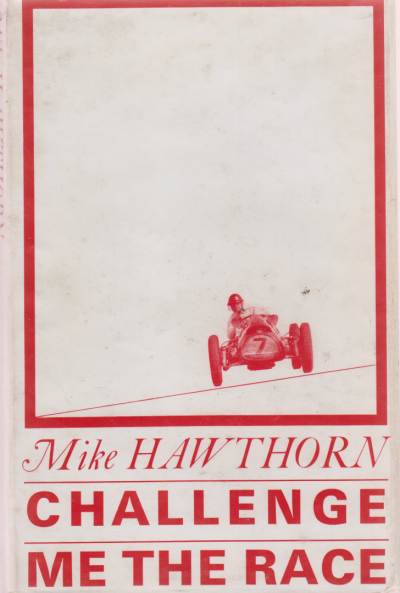 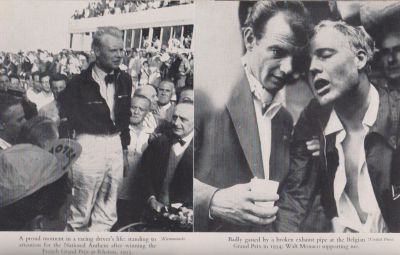 Mrs. Bruce Victor was the first woman motorcyclist on the open road and the first to appear in court at the age of 15 on a charge of speeding at 67 miles per hour!  She also, at the age of 2, ‘yearned for speed’. She got this early speed fix with bolting Shetland ponies, so it is not surprising that she gained so many landmark achievements in motor racing, rallying, flying and speed boat records. Her mother always used to say that she had nine lives like a cat. She emerged more or less unscathed and unscarred from car, plane and horse crashes and a near miss with a liner when trying to beat a speed boat record. 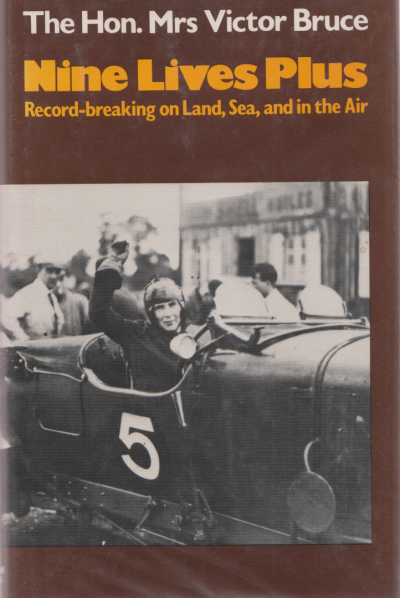 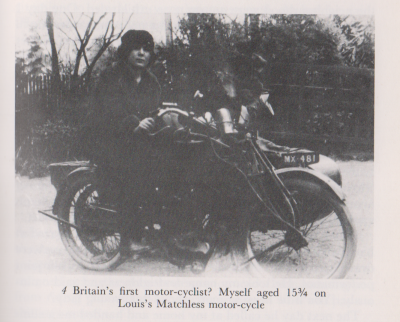 There are those that crash accidentally due to an error of judgment or speed or mechanical failure and there are those that crash on purpose. Dick Sheppard and Jacquie de Creed had a stunt show in the 1980’s but Dick has been crashing cars for over 30 years and it has been said that he has walked away from more crashed cars than any other person and has appeared in over 500 films and TV shows as a stuntman.  He also appeared in every Guinness world record book from 1969 to 1996 - amazing considering what he did to achieve them. Dick first started his motoring career as a very small child in a pedal car handed down from his sister and would spend hours on end pedalling around the house.   Jacquie also started her fascination with motor vehicles from a young age and still holds the world record for the longest T-bone dive of 232ft 1inch in 1983. 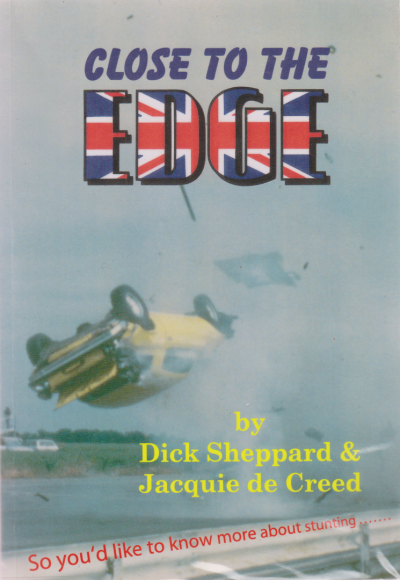 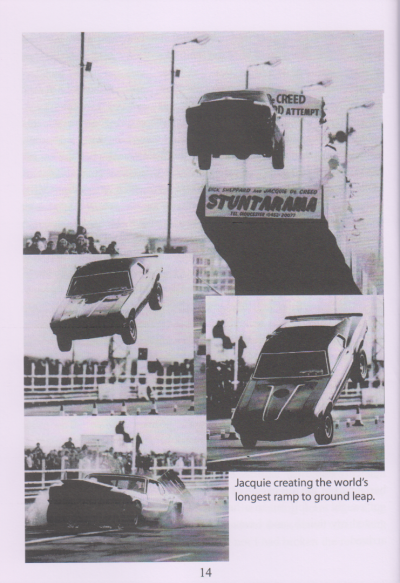 There are many descriptions of hair-raising stunts described by Dick, but the one that sticks in my mind is the stunt to publicize one of their shows. Over a few glasses of Guinness, the conversation started with “I can drive a motorcar over, through or at anything” and ended with “Even better than that, it could be the bedroom wall of a pub”.  A pub was found nearby that was due to be demolished and he goes on to describe having to build a ramp and all the set up and ending up with a car sticking out the wall. Their efforts had the desired effect and Anglia TV made a feature of it. None of what he describes would be allowed today, which is why I so enjoy reading about these escapades. 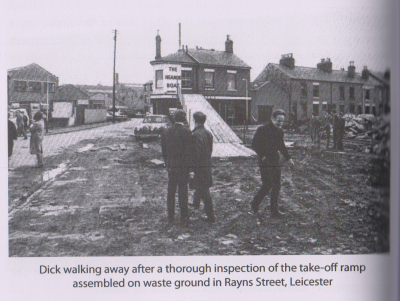 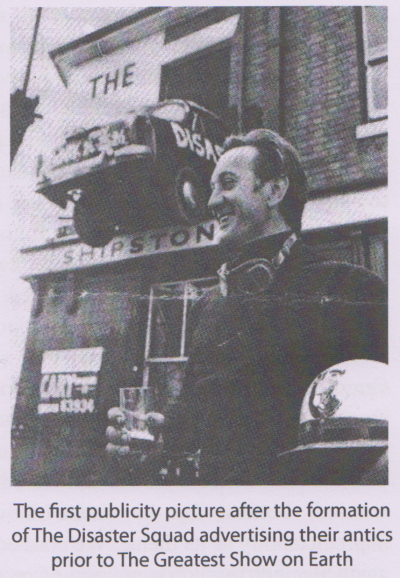 Unfortunately, the other side of the coin is that quite a few of these characters, who were professional sportsman risking their lives daily, seem to make their fatal mistake once they have stopped competing, as Mike Hawthorn did just a few short weeks after he won his world title. Jacquie died in a plane accident just before their book was published. There are a lot though that live long and healthy lives such as Sir Stirling Moss and while writing this article I learned that Dick Sheppard has just died at the age of 90.  All these escapades are of course not restricted to cars, bikes and planes. There are many other sports in which people participate, but they all have the same need to go faster or set records.

This is a very small sample of people and there are many books covering the subject, but I think the character of those who like to go fast in numerous ways is best summed up by Dick Sheppard. In reply to the question of when he first thought of becoming a stuntman he said “I think things like that are not the result of a conscious decision, but rather something which is an inborn characteristic”. 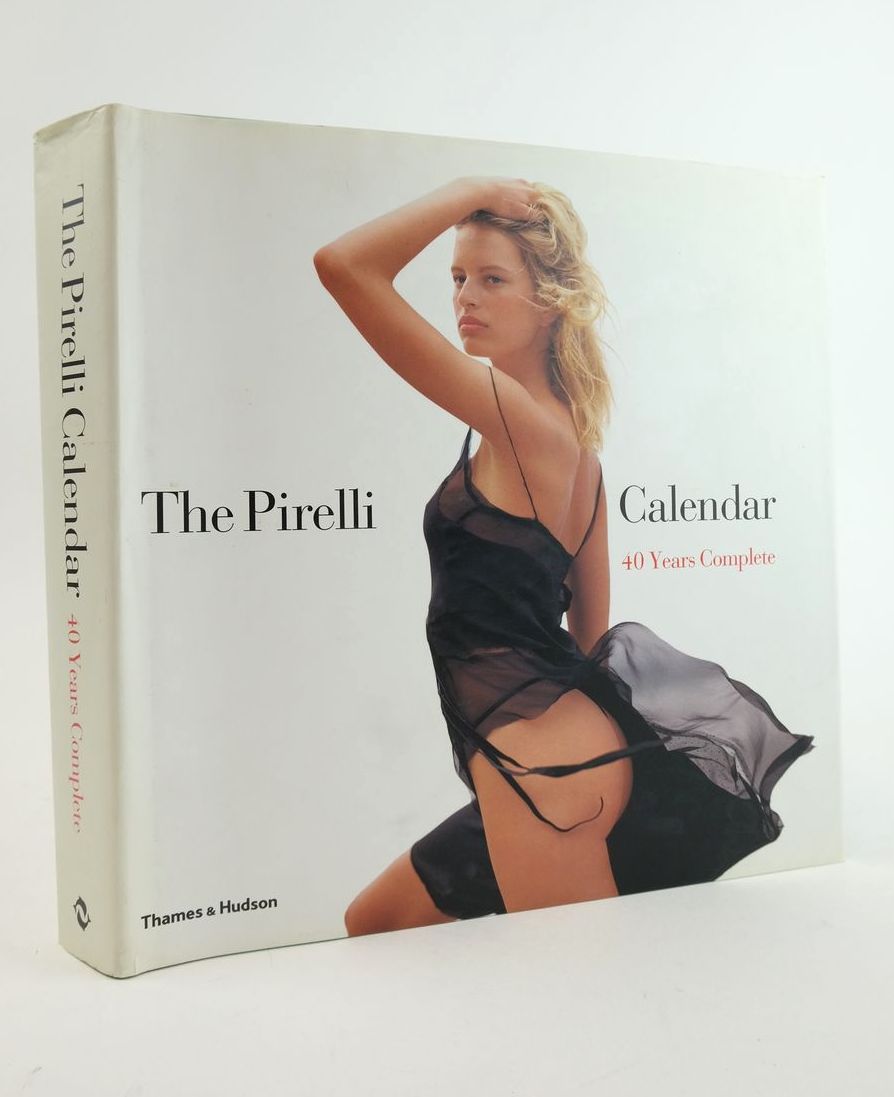 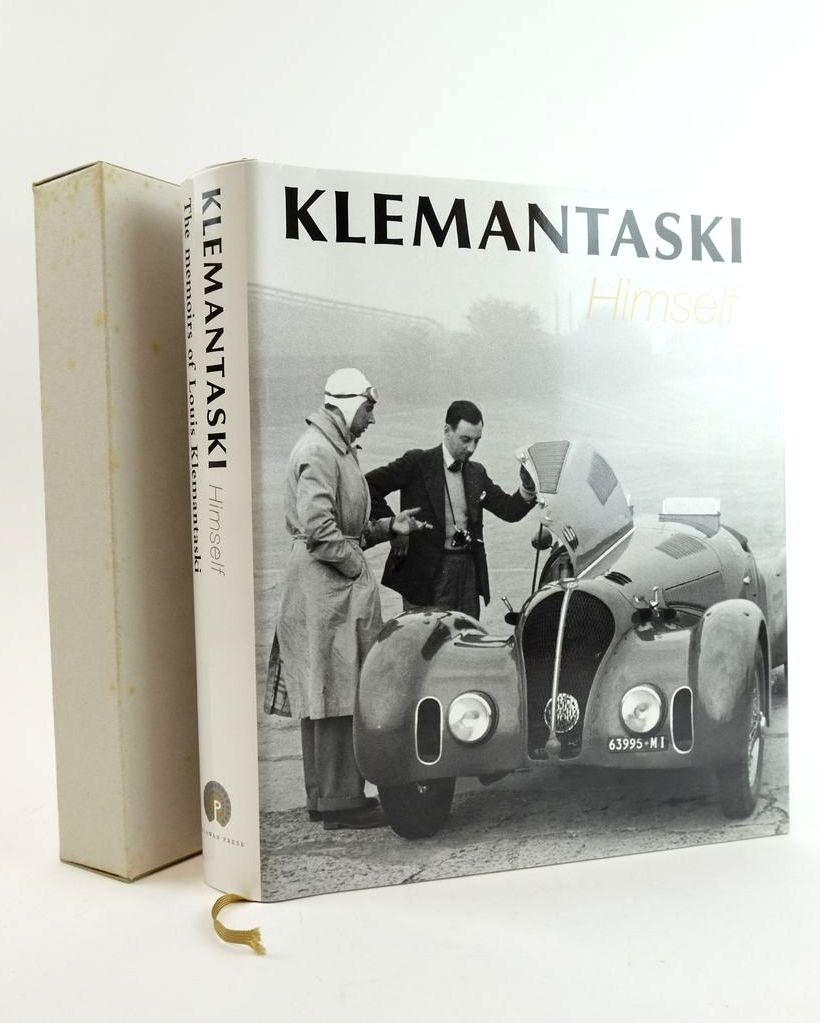 KLEMANTASKI HIMSELF
Written by Louis Klemantaski. Stock no 1824142. Published by Palawan Press. 1st. 1998. 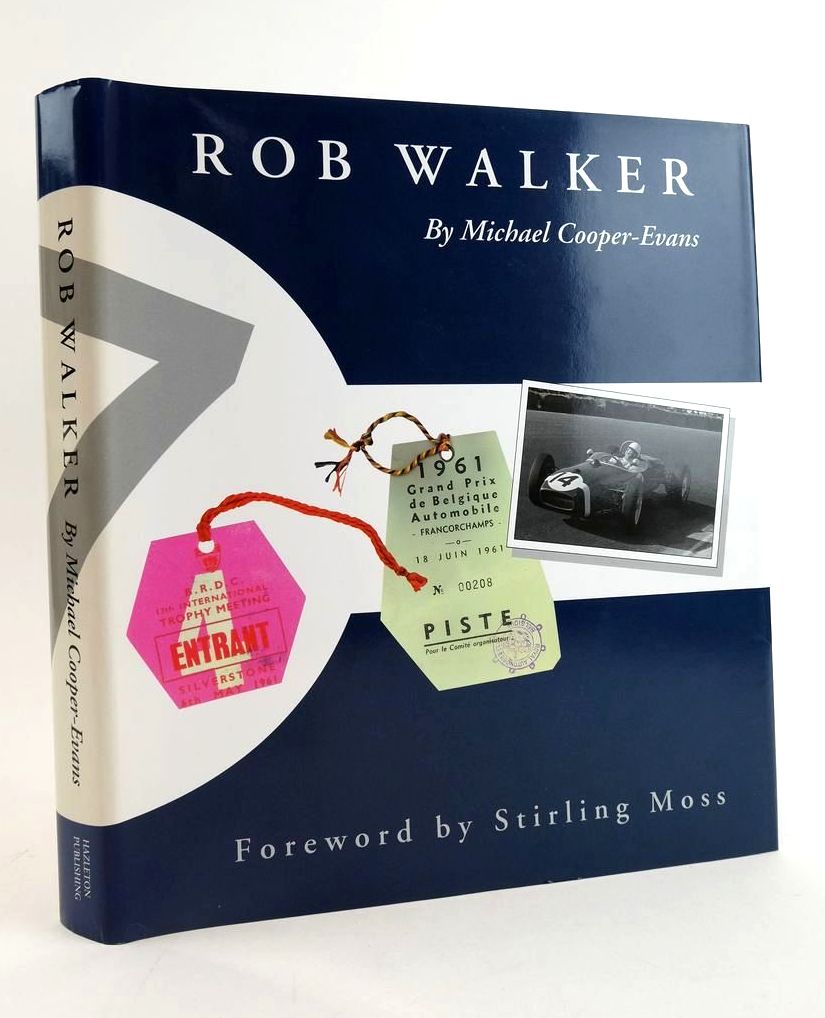 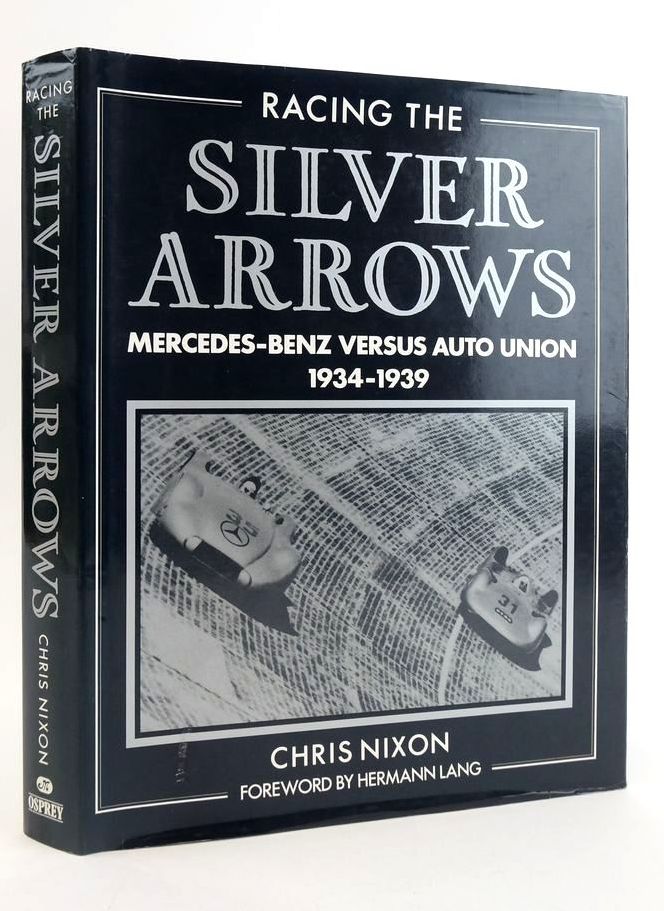 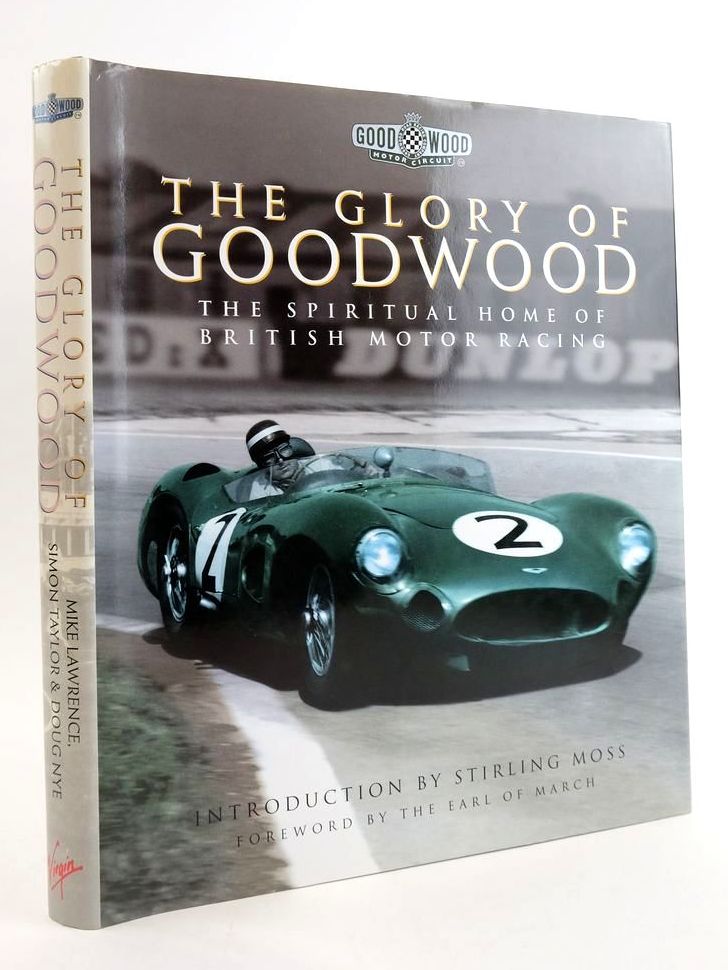 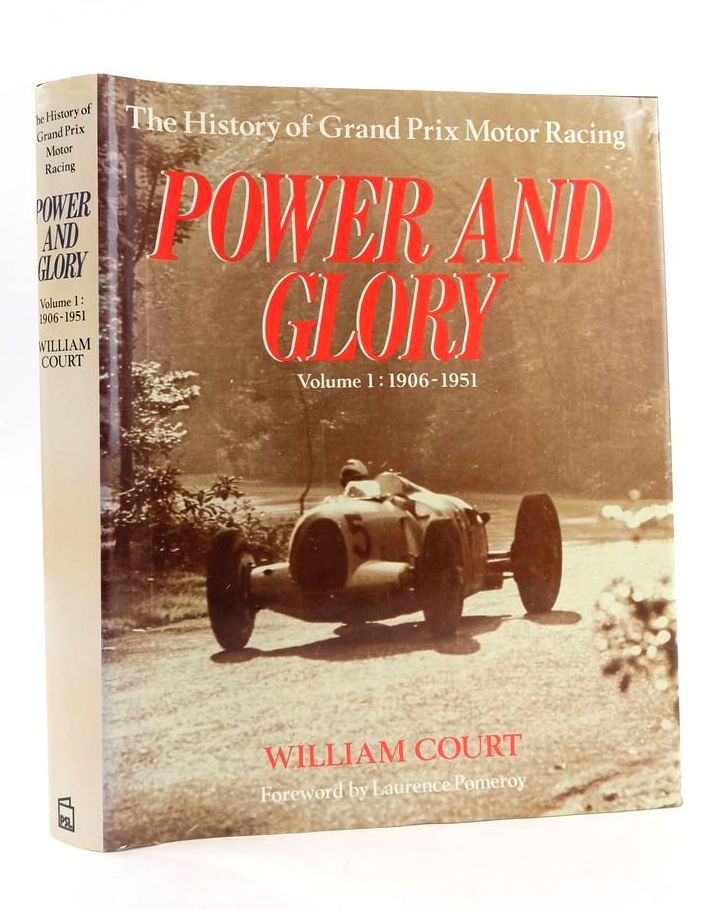 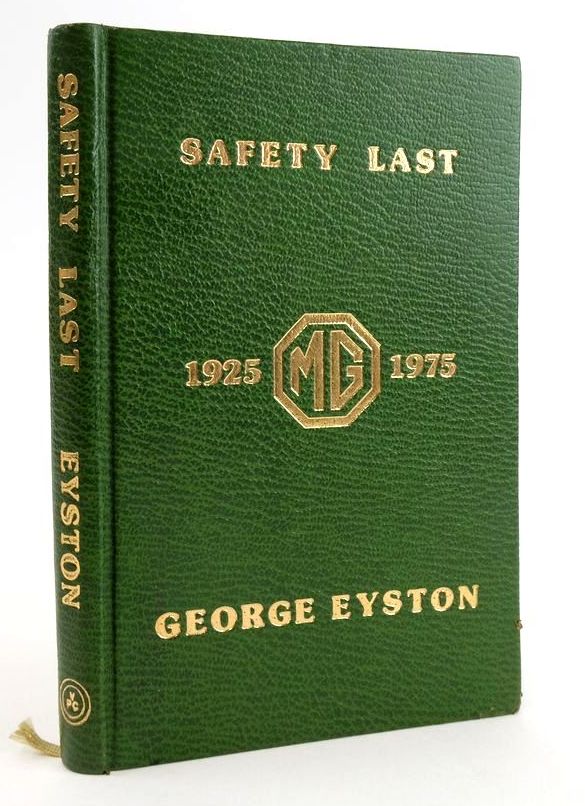 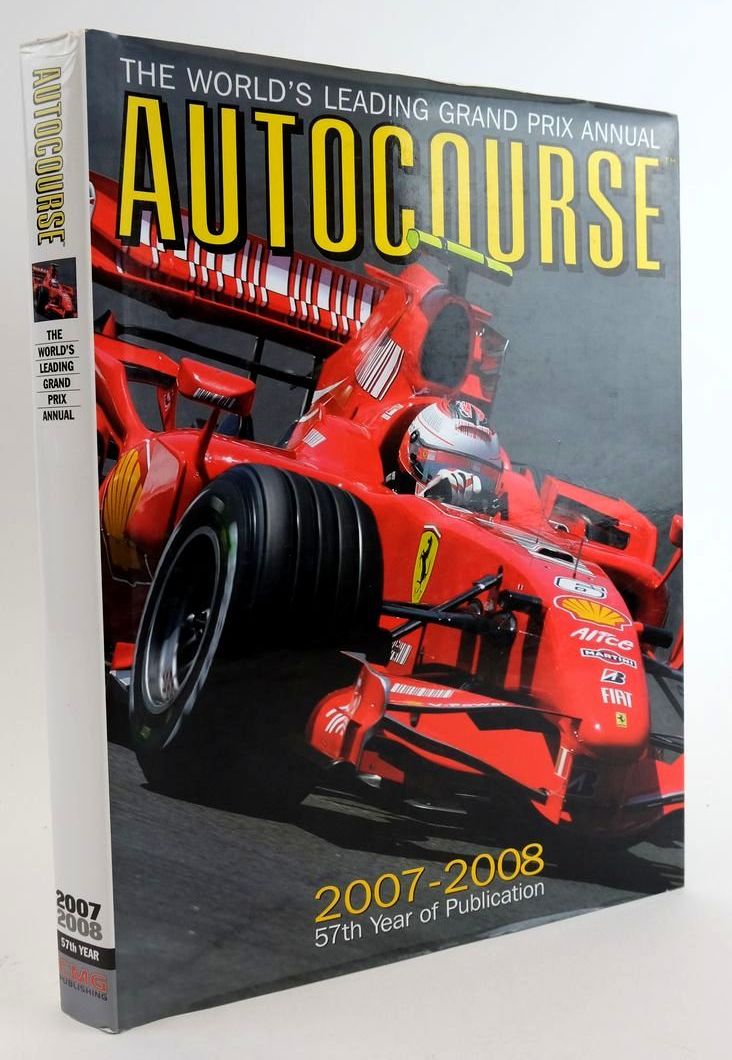 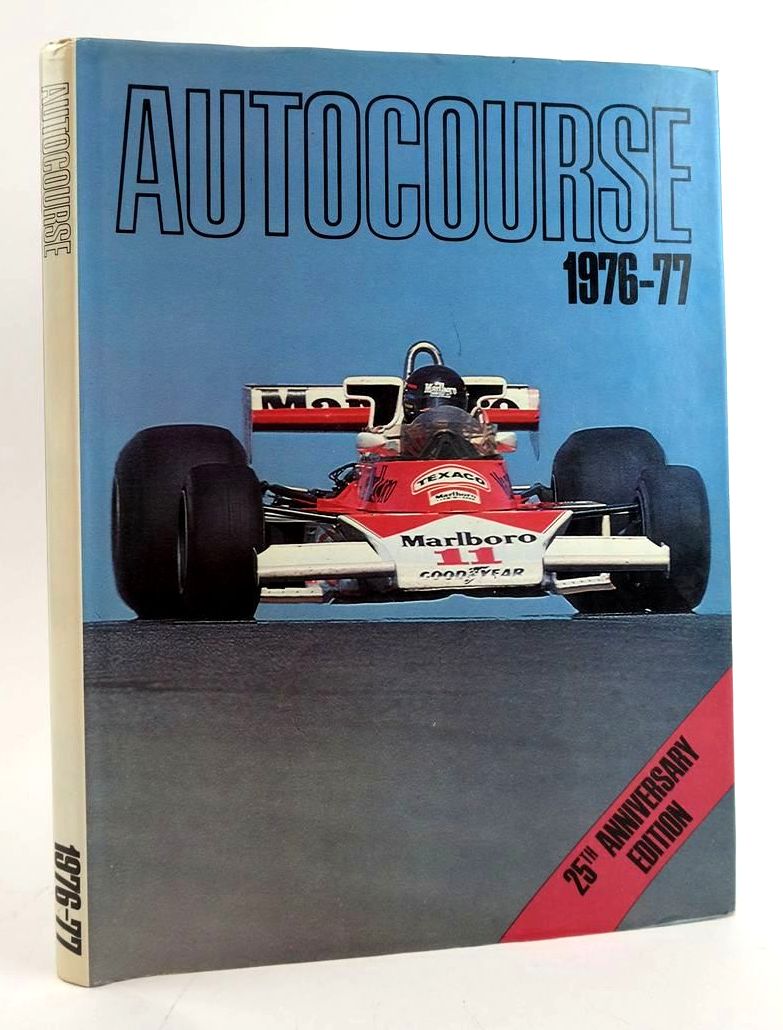 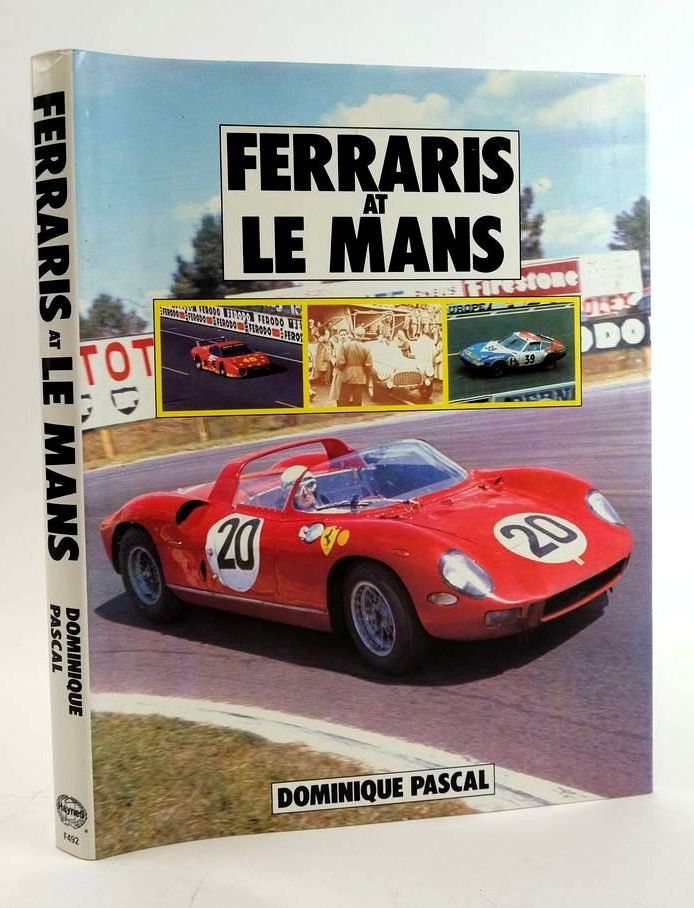 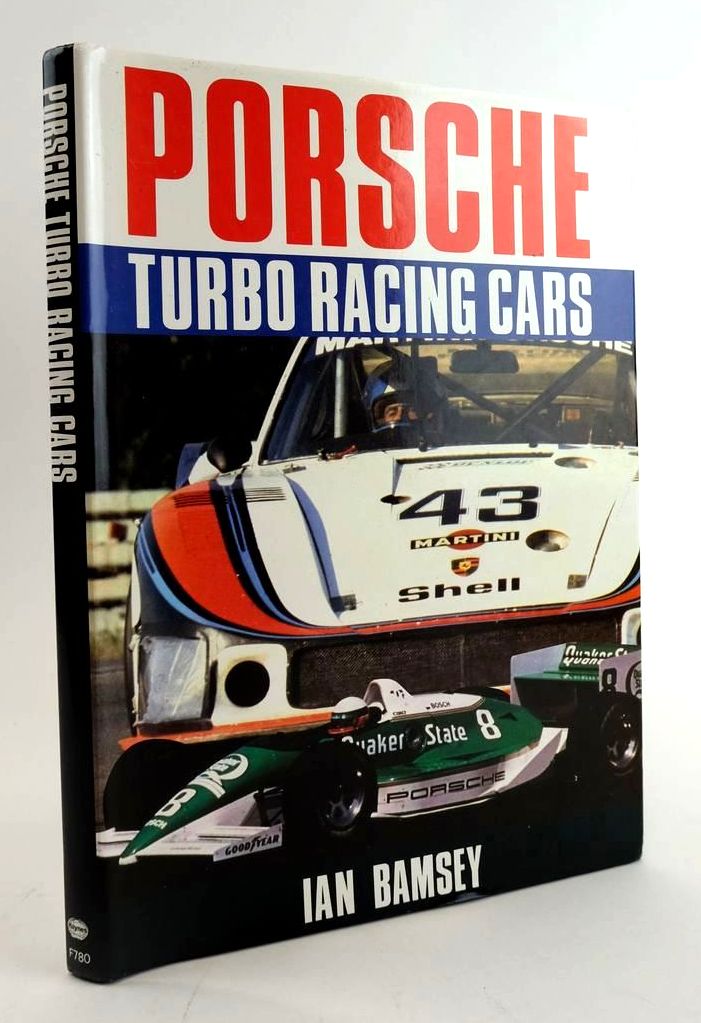 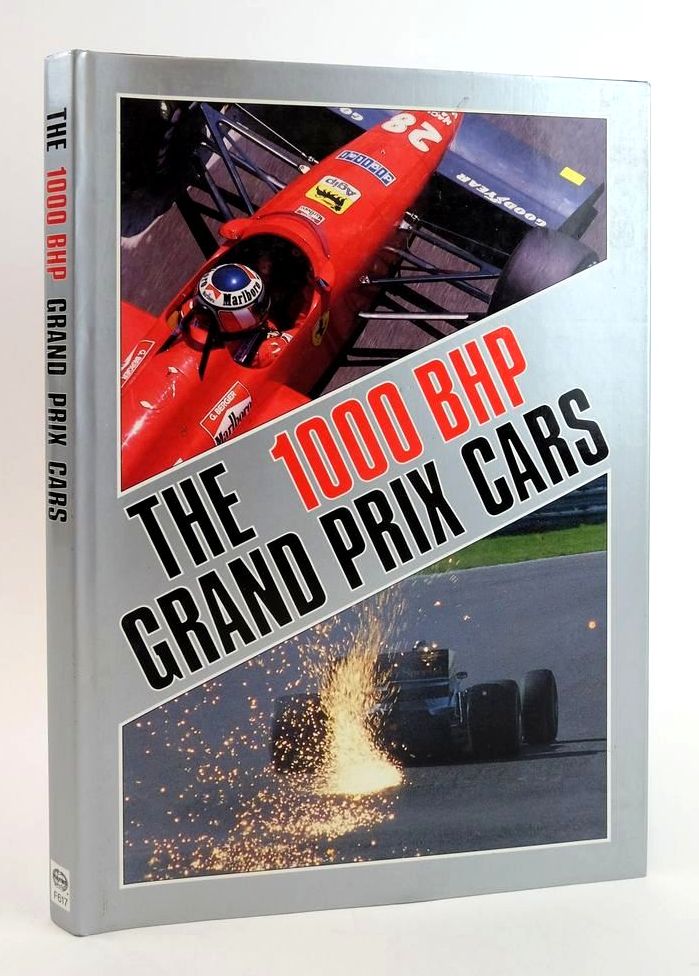