Noddy is 70 years old this year. And, I think you would all agree, he does not look a day older than when he was first created! He probably needs no introduction but nevertheless...

Noddy is the creation of Enid Blyton. He enters the scene as a little wooden man who has a collision with Big-Ears the brownie. The story unfolds in the very first numbered Noddy book 'Noddy Goes to Toyland'. Big-Ears is perplexed by the peculiar appearance of a little wooden man with a nodding head and no clothes. The conversation that ensues is mildly amusing:

“You're rather a peculiar-looking person,” said Big-Ears, staring.
“What are you? You're not a pixie or a brownie or a goblin, are you?”
“No”, said the person he had knocked over, nodding his head.
“Are you a toy?” asked Big-Ears. “I've never seen one quite like you.”
“No, I don't think so,” said the strange person, nodding his head.
“Why do you nod your head when you say 'No'?” Asked Big-Ears, still staring.
“Because I'm a little nodding man' said the small fellow. 'My head's balanced on my neck in such a way that I have to nod when I speak...' 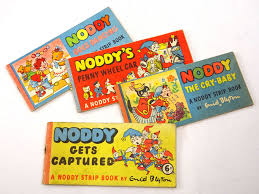 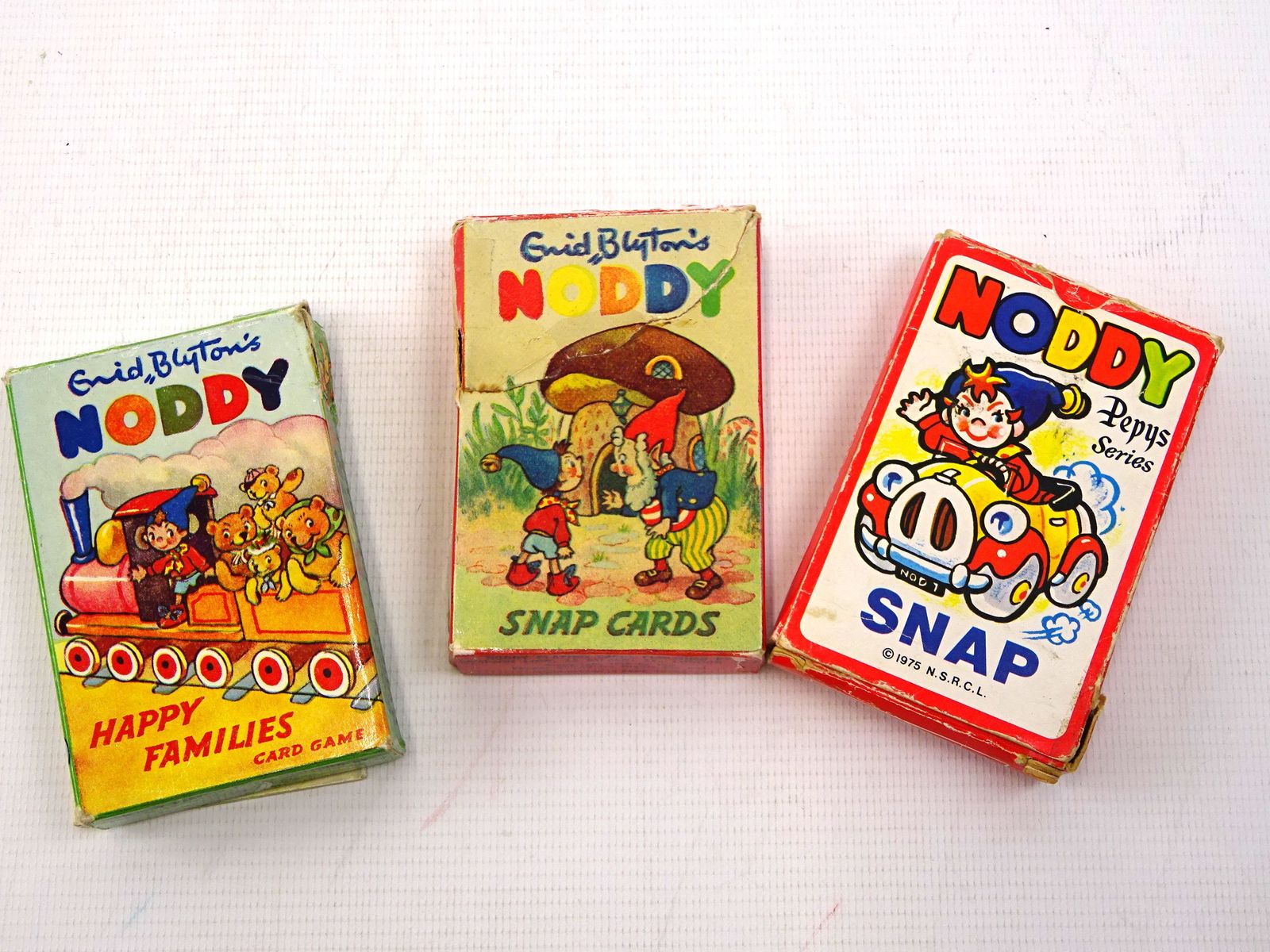 Noddy has run away from Old Man Carver who made him because he was lonely and Old Man Carver was carving a lion which scared Noddy. He wanted to go and live “somewhere where there are lots and lots of people.” Big-Ears invites Noddy to live in Toyland and thus they board the train for Toyland. Once there, Big-Ears lends Noddy some money to buy some clothes and thus he acquires his red shoes, blue shorts, red shirt & yellow tie, and his famous blue hat with the bell at the tip that jingles when he nods.

Enid Blyton tells the tales of Noddy's many adventures. There are 24 numbered books in the Noddy series from Noddy Goes to Toyland published in 1949 to Noddy and the Aeroplane in 1964. In addition Noddy appears in a large number of other books including Noddy's Strip Books; Noddy's Castle of Books; Noddy's New Big Book and more.

All the Noddy books are noted for their bright and cheerful colour pictures. The original illustrator of Noddy was Dutchman Harmsen Van Der Beek but, sadly, Beek died suddenly in 1953 having suffered from exhaustion. Peter Wienk, employed by Van Der Beek, continued to illustrate the little fellow until 1970. Other illustrators of Noddy include Mary Brooks, Robert Tyndall and Robert Lee.

To this day, Noddy books continue to be bought and read not only by Blyton's intended audience of youngsters but also by collectors of children's books. The set of 24 little books are relatively inexpensive compared to other collected series such as the Famous Five but can be difficult to identify in first edirtion.

Critics have also enjoyed themselves at Noddy's expense. A few critics are noted in 'The Enid Blyton Story' by Bob Mullan and are quoted below:

Marjery Fisher in her Who's Who in Children's Books (1975) describes Noddy as a “monotonously infantile, retarded, masochistic hero” who is “frequently heard to say that he doesn't like being sensible but would far rather be silly, (and who) seems to have been put together from the weakest and least desirable attributes of childhood. It is hard to explain the persistent popularity of these trivial, repetitive stories with their small, retarded, masochistic hero.”

I can't help thinking this description is a little harsh!

Edward Blishen, author of 'Who's afraid of Enid Blyton?' (1977) describes Noddy as:

“a wooden toy whose only positive characteristic is the uncomfortable one that his head, attached to his body by a spring, can be set nodding by anyone who cares to give it a tap... (and that)... the heights of euphoria are achieved when Noddy exclaims 'Aren't people nice?', though clearly, when he is excited into this observation, he has forgotten the Giggle Goblins, and all those 'horrid' characters who aren't to be made 'nice' even by a 'good spanking'.” 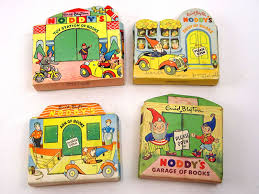 Blishen also complains of the language used within the books – 'lovely', 'nice', 'dear', 'little', 'cosy', 'peculiar', 'horrid', 'very' – which, for him does not come across as the language of the child, but rather 'the language used when talking to children by ill-informed aunts who suppose children must be wrapped in verbal wool'.

Sadly, there has also been criticism of racism and suggestions that Noddy's relationship with Big-Ears may not be as innocent as it purports to be. My personal view is that it is purely innocent for the young age group that Blyton aimed at with her little nodding man.

Like him or hate him, Noddy has sold books around the world numbering into the hundred millions and has been translated into more than 40 languages. He features in television programmes and a vast array of ephemera and collectables. At 70 years old, Noddy continues to live on, long after his creator who passed away in 1968. 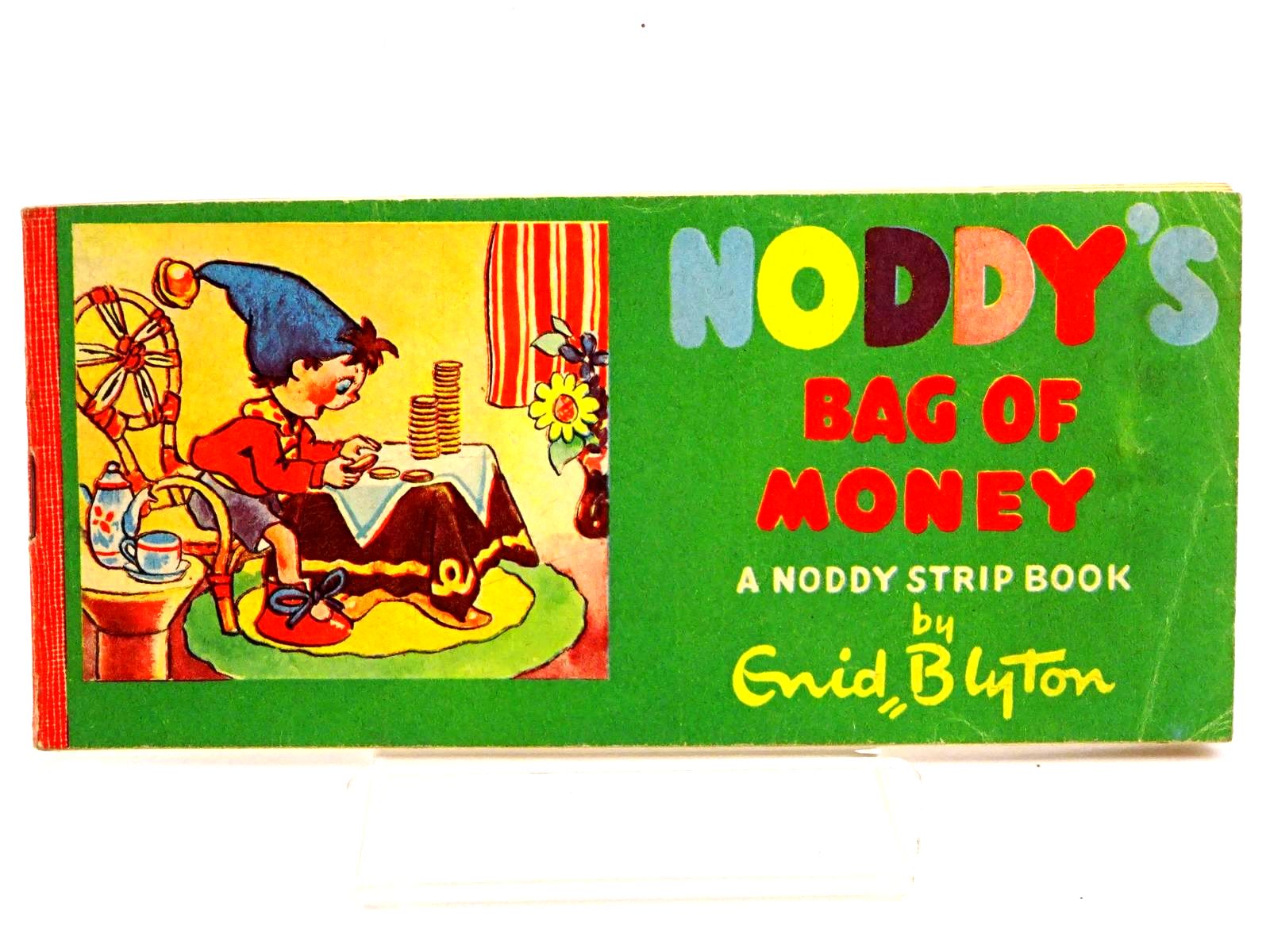 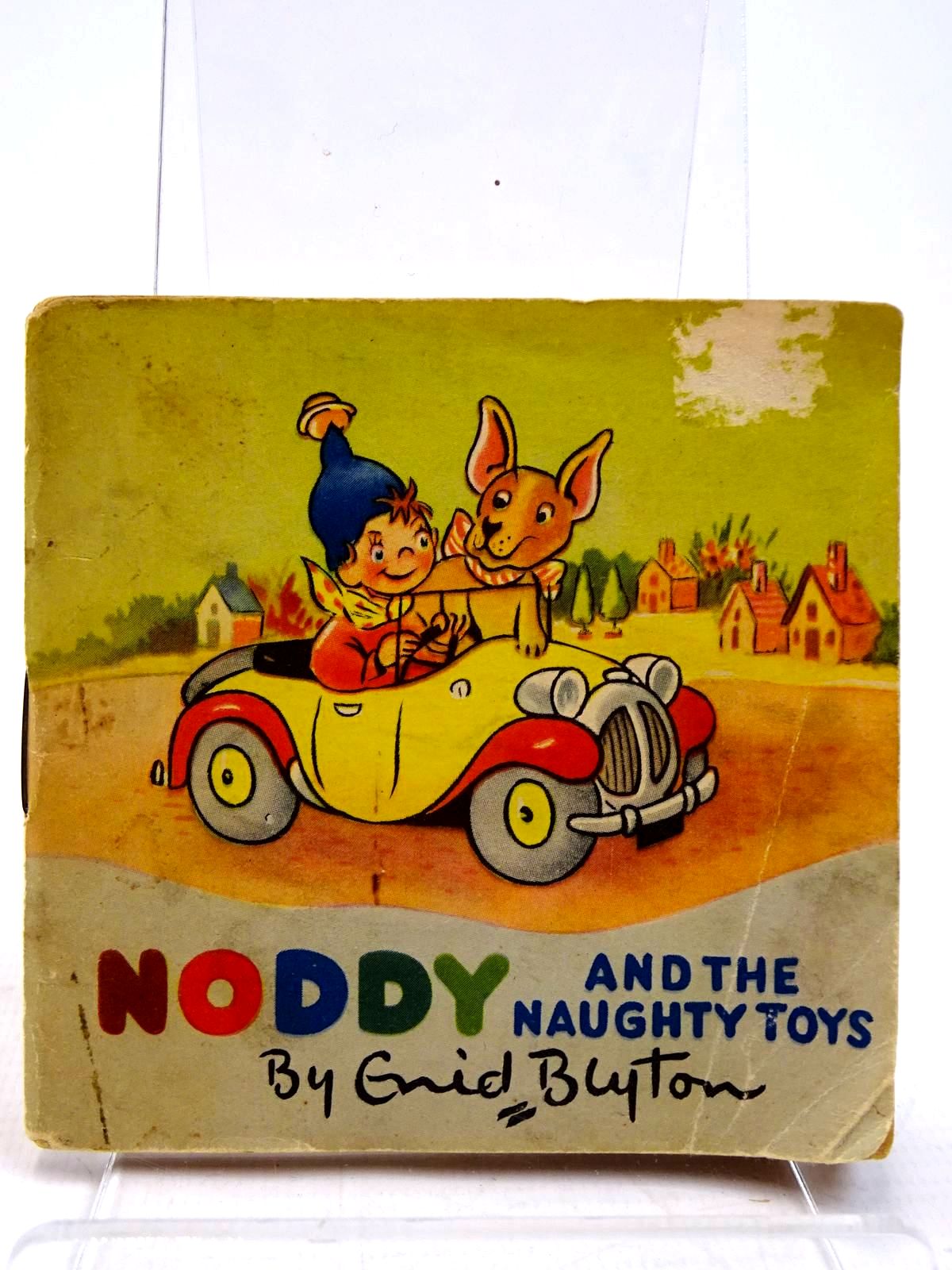 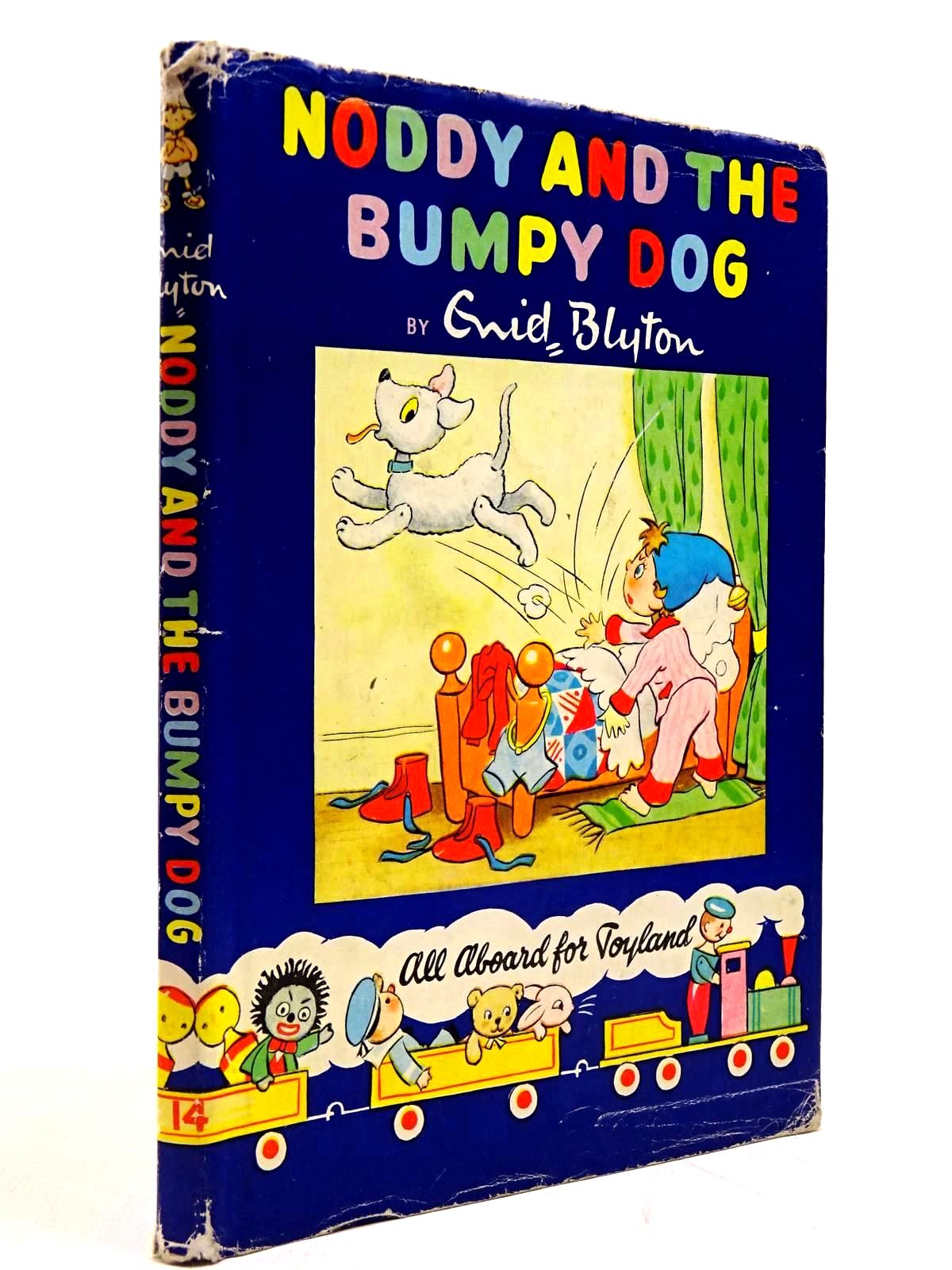 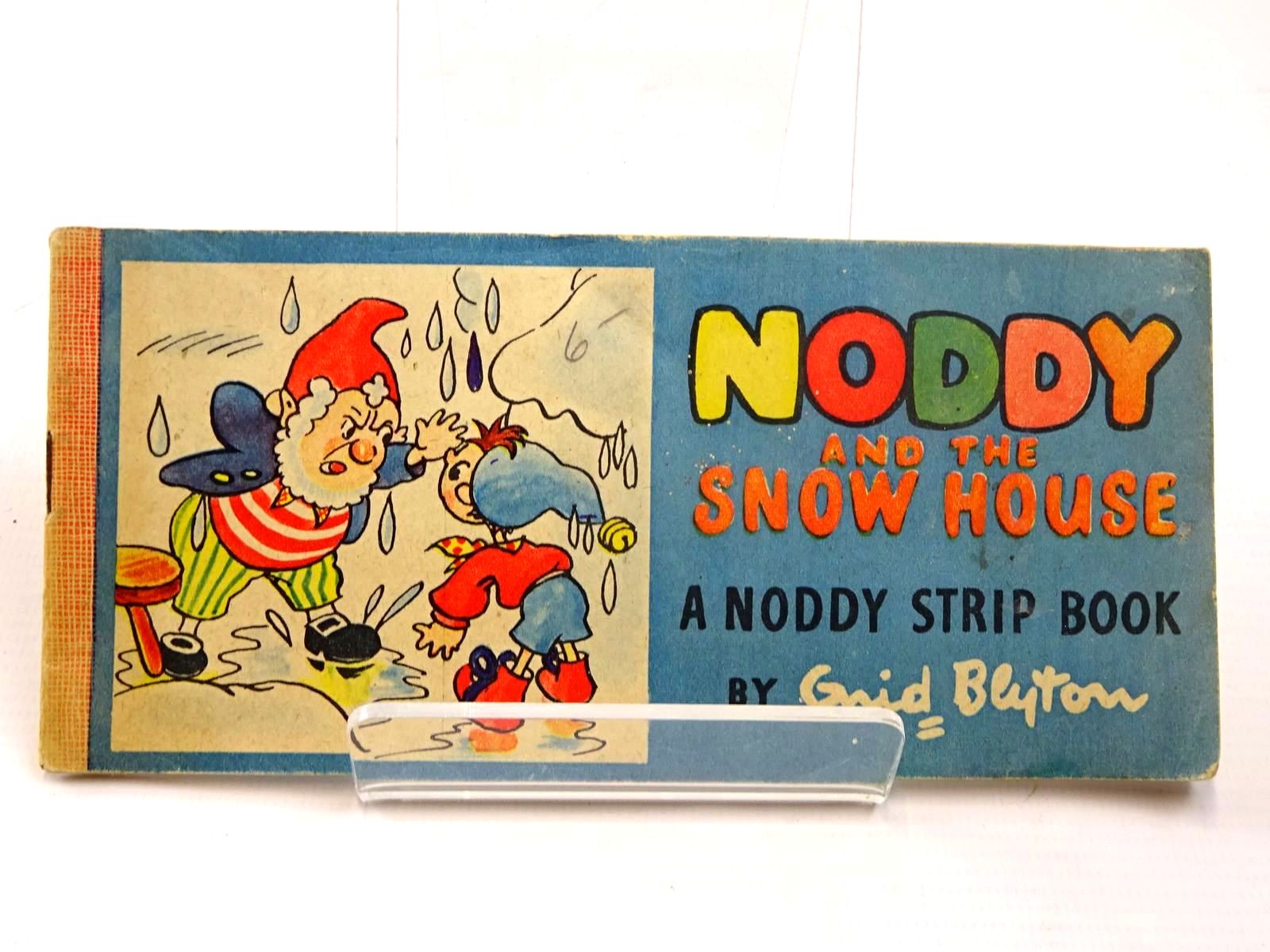 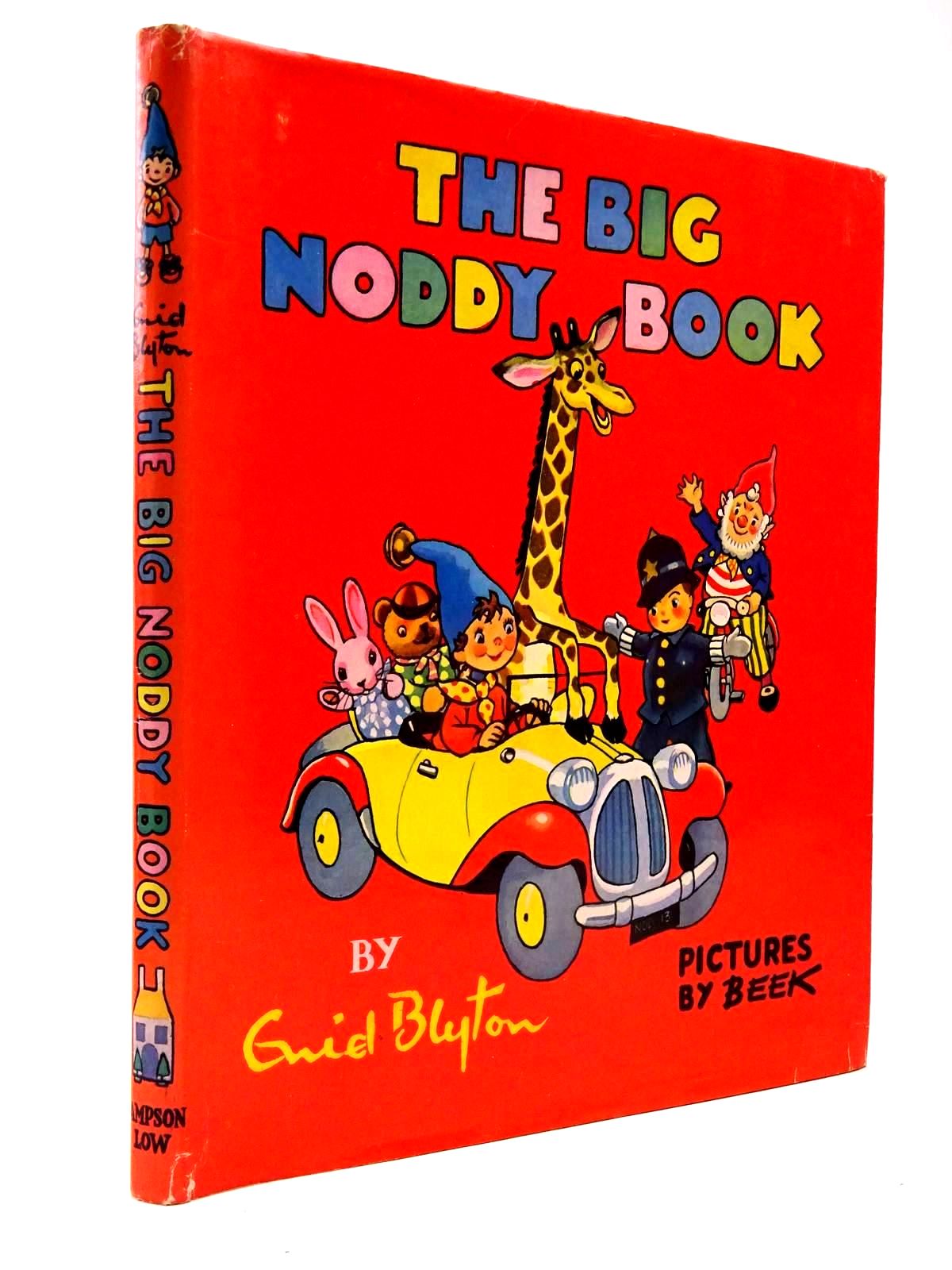 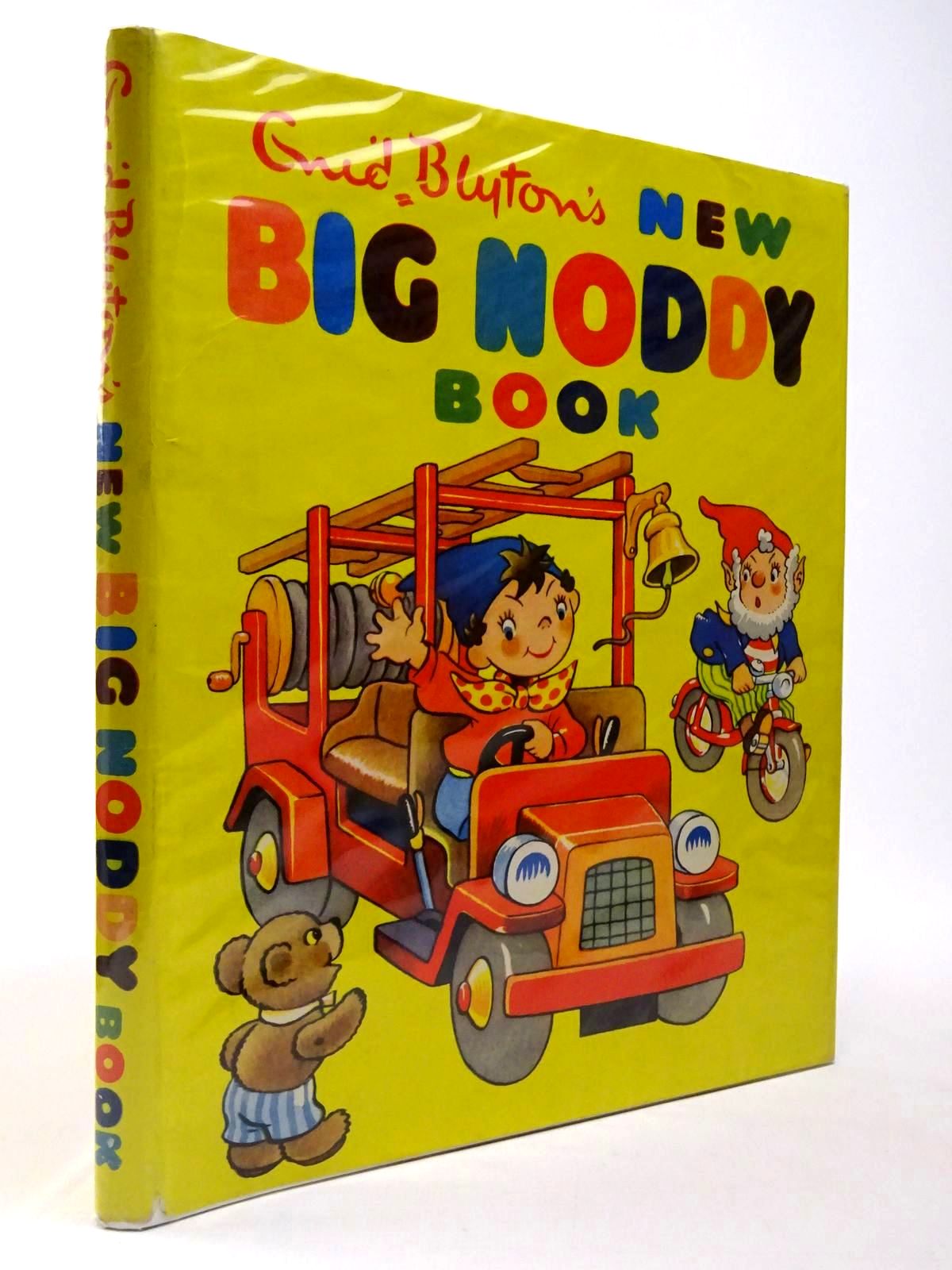 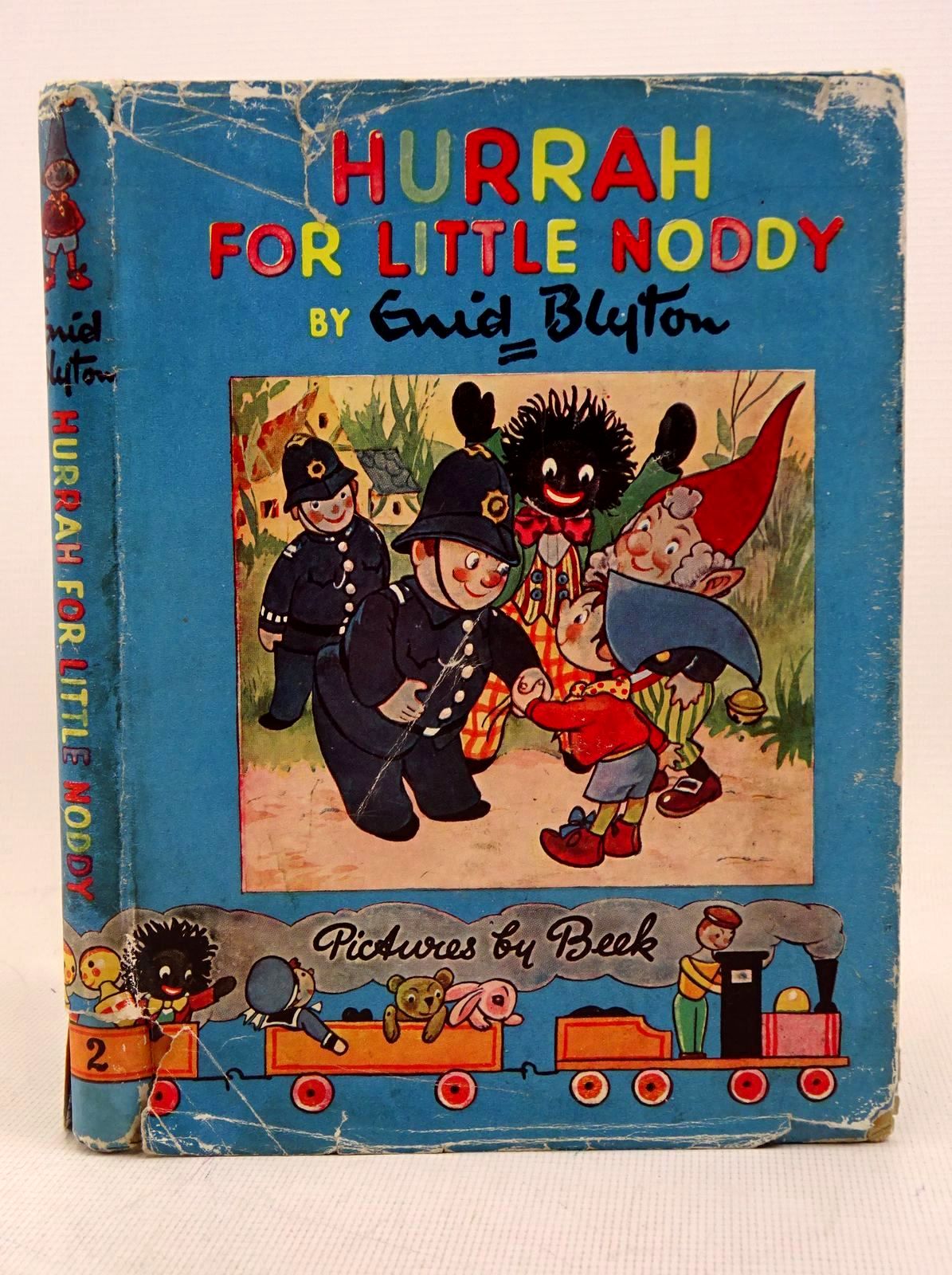 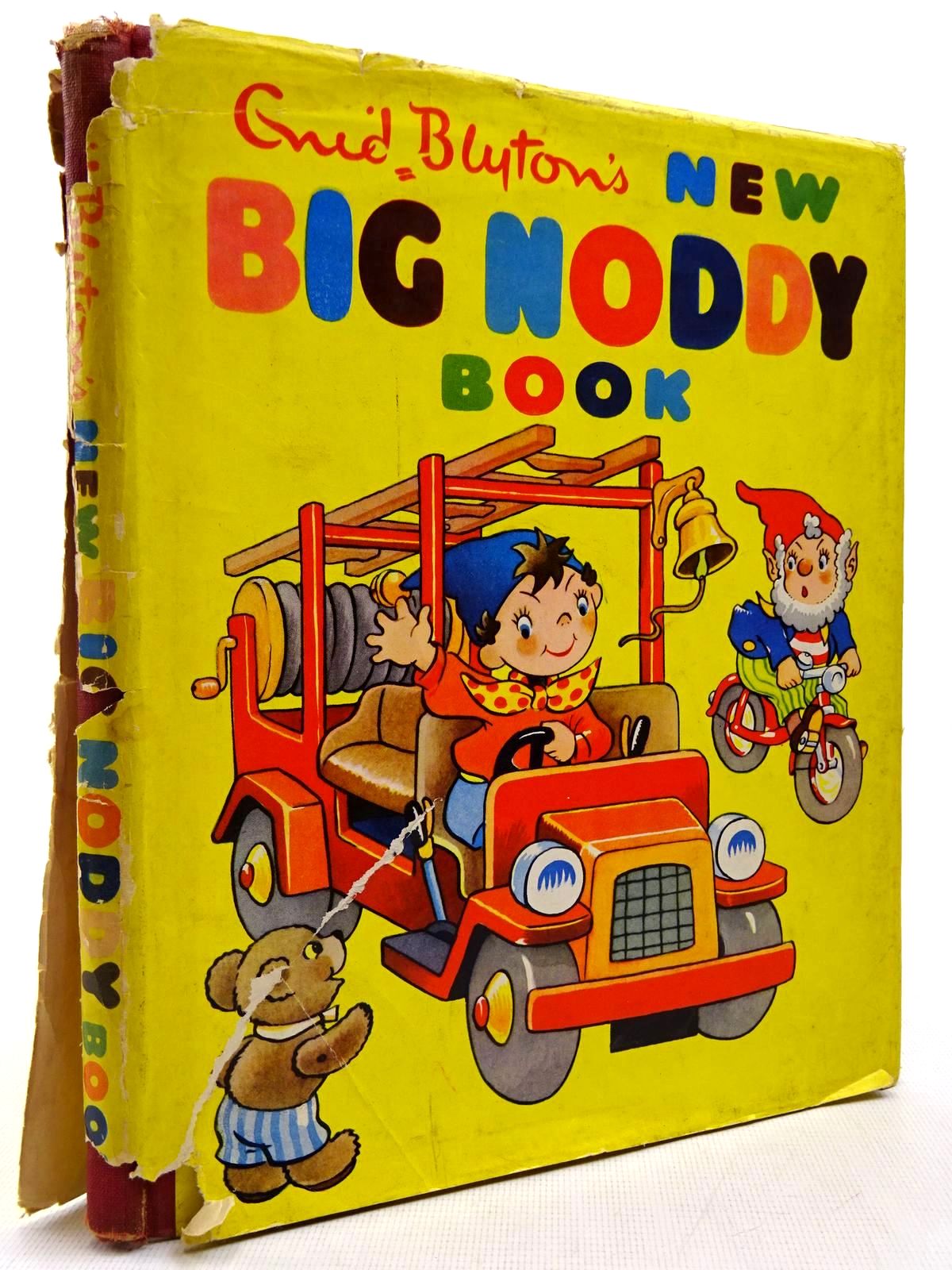 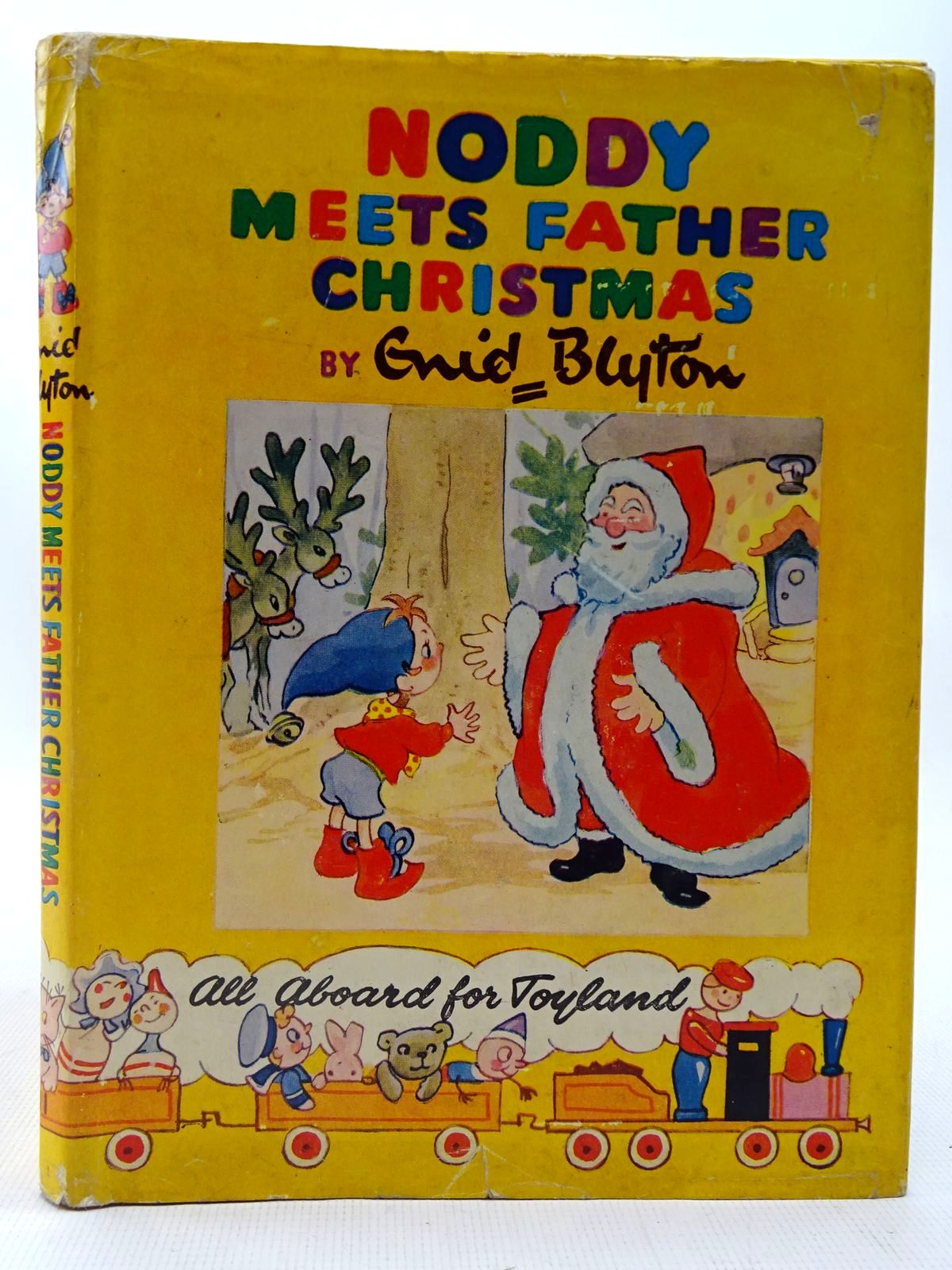 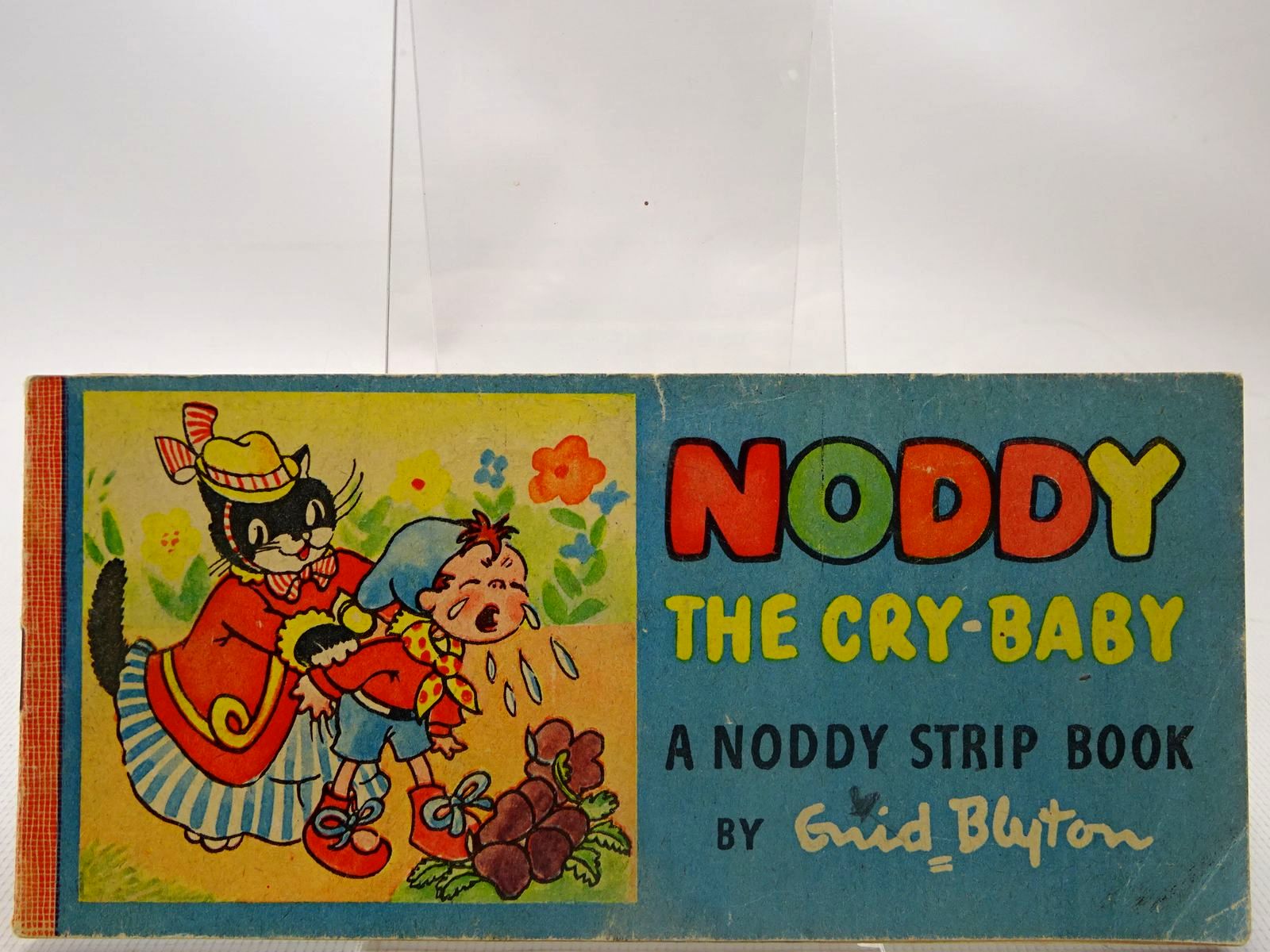 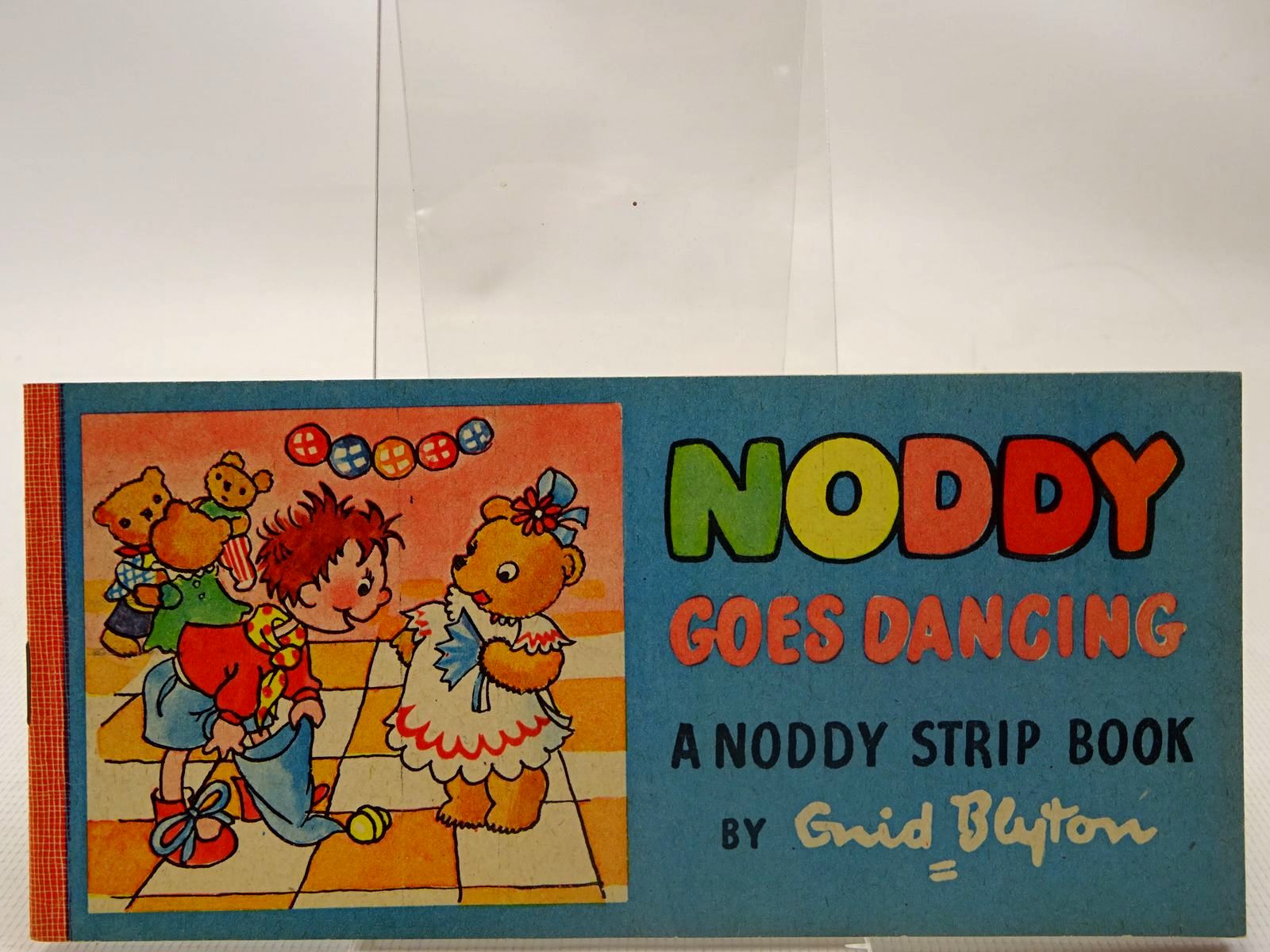 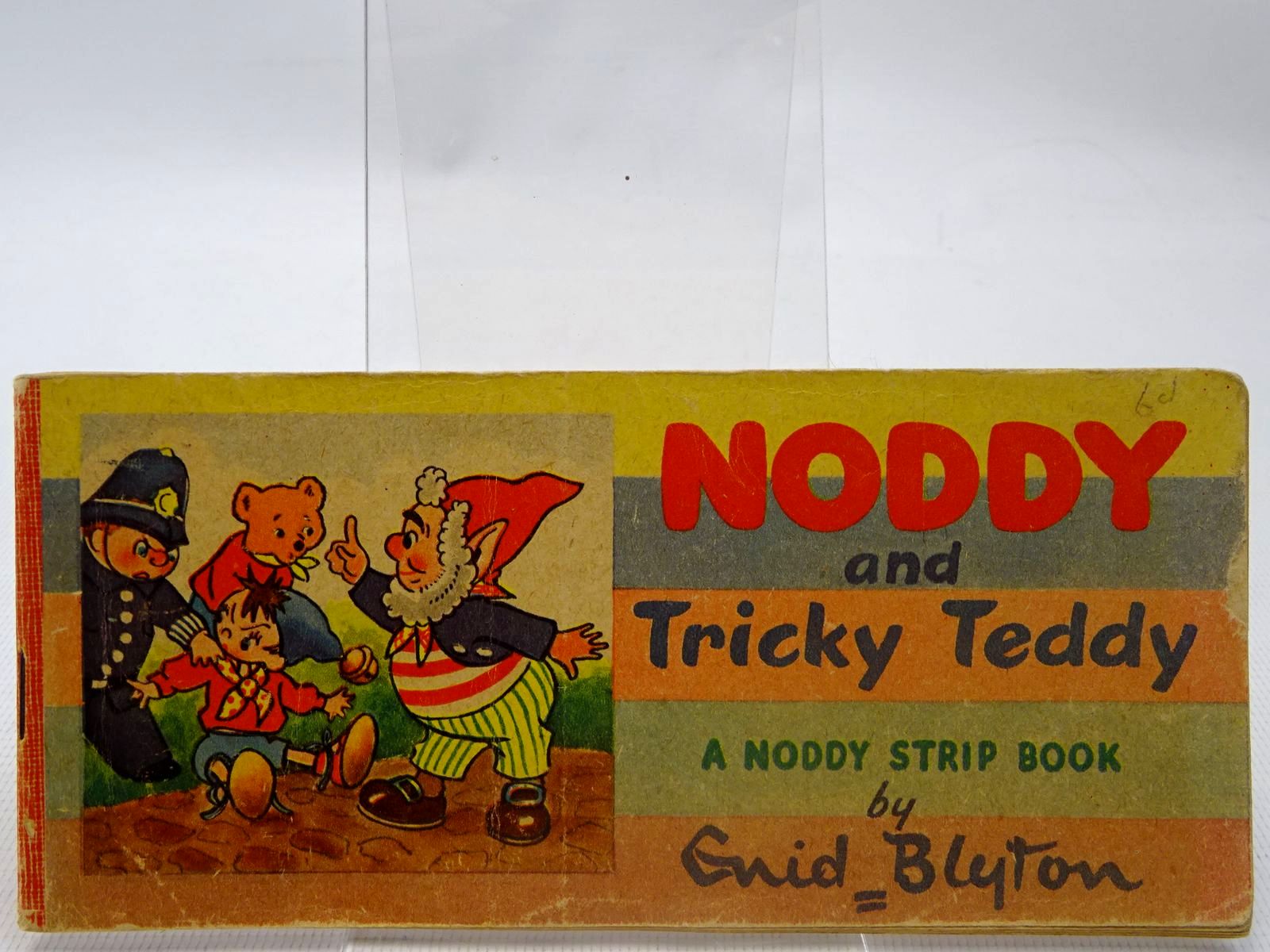