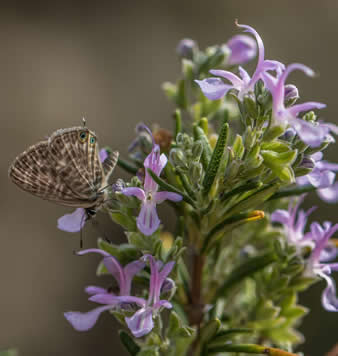 Dull… I hear you say. But wait – these visitors to our garden in Portugal are certainly not dull to look at and most are fascinating to learn about. Join me in a trip around the garden in late summer and autumn.

My husband Cliff and I have been living here in our little country cottage for three months now and have not ceased to be fascinated by the variety of wildlife we see here. When we first arrived at the end of the summer we were amazed at the clouds of butterflies which flew up from the straggly plant bearing pink flowers just by the house. We have since found out that the plant is oregano - both beautiful and useful. The oregano was superseded by the bushes of thyme with their delicate purple flowers. Bees, butterflies and other insects love them. 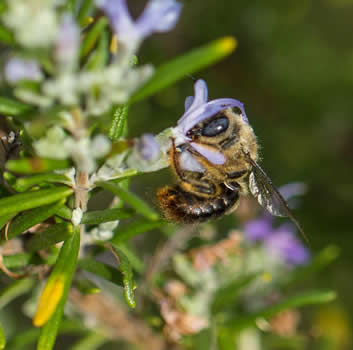 The butterfly we identified as a Long-Tailed Blue (left), so-called because of the pair of "tails", (one can just be seen in the picture) and the prominent eyespots where the tails meet the wings. When resting, the butterfly will rotate the hindwings which causes the tails to move, diverting predators such birds away from the body parts. This lovely little butterfly is a very rare migrant to the UK but common in Portugal.

Sitting on our balcony one fine day, I looked behind me, and there, on the wall, was a very handsome spider – pale grey with striped legs. I’d not seen anything like this before so I did a little research and discovered it was one of the huntsman spiders, of which there are more than a thousand species. I’m pleased to say that although this was quite large (by my standards), with a legspan of about 3 inches, it was not one of the giant huntsmans which can grow to a legspan of 12 inches! Their name comes from their speed and method of hunting. They do not spin webs but can move extremely fast both forwards and sideways, like a crab! They are widely considered to be beneficial as they feed on insect pests such as cockroaches. We left this little creature to its own devices but the second one we found was on the tarpaulin covering our tricycles so we gently moved that one to a different home!

We discovered a very interesting nest at the rear of the house. It was large, made with layers of different coloured mud and looked like a swallow’s or martin’s nest but it had a fancy tunnel entrance. We thought perhaps it was a swift’s nest but one evening we had a visit from a family of – red-rumped swallows! They spent some time flying in and around the nest presumably familiarising themselves with the site they were going to return to next year. Red-rumped swallows are not found in the UK and breed in Europe only in the south, so it was a treat for us to see them. They resemble barn swallows but have – wait for it – red rumps! Combined with red faces and neck collars they are very pretty birds. Their nest is a quarter of a sphere which they start by building an open cup. They then close the cup and finally build the tunnel entrance. All that architecture engineered using just their little beaks! 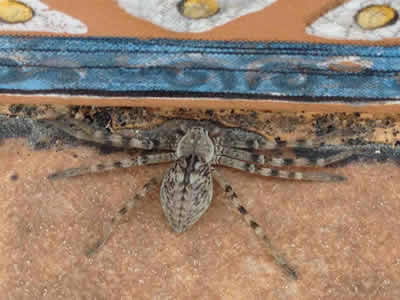 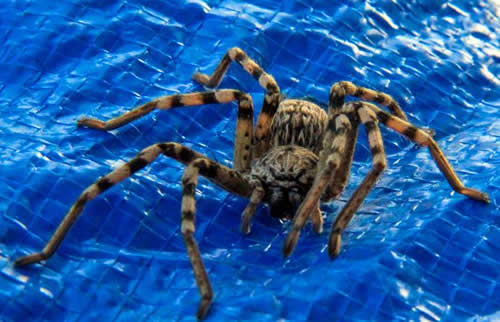 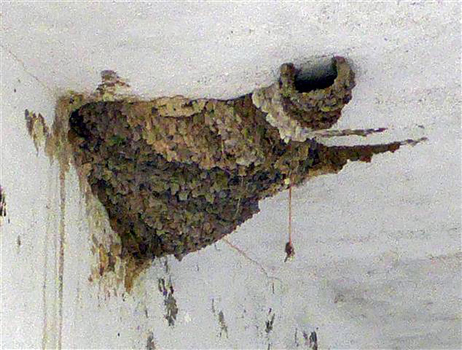 In the garden is a stone structure which used to house a small but deep fish pond and which was emptied before we moved in. It had rained a lot in the previous week so I casually looked into it to see how much water had collected in there. ‘Cliff’ I called, ‘did you know there is an ornamental toad in here?’ ‘No’ Cliff says, ‘I didn’t’. And then the toad moved!! Not ornamental at all, but a real live toad, the size of my hand, sitting so still I thought he too was made of stone! He was beautiful – dark grey with yellowish markings and brilliant copper eyes. He had obviously got into the tank and, because of the vertical sides, could not get out again. Cliff hunted around for a plank of wood which we placed against the rock he was sitting on and the last we saw of him he was half-way up the plank on his way to freedom.

We have seen a couple of nocturnal visitors – a small snake which wriggled its way out of the gate as I opened it to come in. It was either a juvenile ladder snake (non-venomous) or a horned viper (venomous), I prefer to believe it was the former rather than the latter! The second nocturnal visitor was a spotted salamander, a small lizard-like creature with black skin and vivid yellow markings. In previous days we had noticed a large number of these that had been killed on the roads, unusual in that we’d not seen them before. We found out that, for most of the year, spotted salamanders live in the shelter of leaves or burrows in deciduous forests but when the temperature rises and the moisture level is high, the salamanders migrate to their annual breeding ponds. In just one night, hundreds to thousands of salamanders may make the trip to their ponds for mating. We were lucky to see this little visitor because they rarely come above ground, except after rain or for foraging and breeding. Their diet includes crickets, worms, insects, spiders, slugs, centipedes, and millipedes. Needless to say I was unable to get a picture of him in the dark so I borrowed this one from the National Geographic! 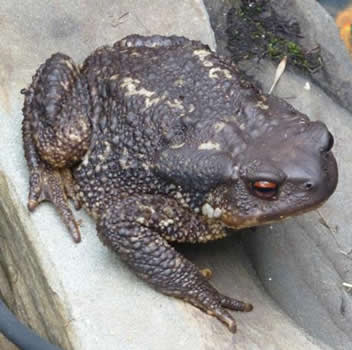 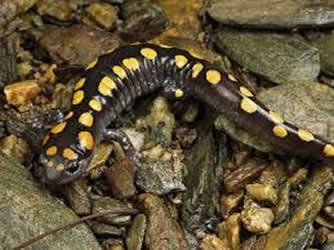 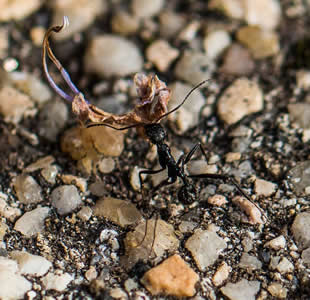 Ants – they are everywhere. I love watching ants go about their daily work – they are such industrious little creatures and so well-organised. I usually first notice a piece of grass, leaf or other debris apparently moving of its own accord, then on closer inspection see the little ant carrying it’s prize which is often many times bigger than he is. On one particular day the ants were not so little, in fact they were BIG and they all had wings! One landed at our feet, curled up as though it was dead, uncurled and then walked nonchalantly away - leaving its wings behind it on the ground. Astonishing! I later learned that this would have been a queen ant and, having mated and shed her wings, she was likely to live for a further 30 years! I had no idea these tiny creatures could be so long-lived.

A more unusual visitor to our garden was the Praying Mantis, so called because it holds it front legs in a prayer like posture. The praying mantis is an amazing insect that can be kept as a pet! There are about 2300 species of praying mantis, they occur on every continent except on Antarctica and they are not found in northern Europe. Unlike other insects, the mantis can turn its head around like we can and they have extraordinary vision with a visual range of up to 20 metres. It is the only invertebrate known to have the ability to see in three dimensions. It can look with two eyes at the same spot making it possible to judge distances very accurately. The mantis is also an expert in camouflage. Many have projections on their body in the shape of dead leaves, branches, flower petals or even moss and their colours can vary from brown, to green, white, pink, yellow or a mix of all colours. They are truly beautiful and fascinating insects. 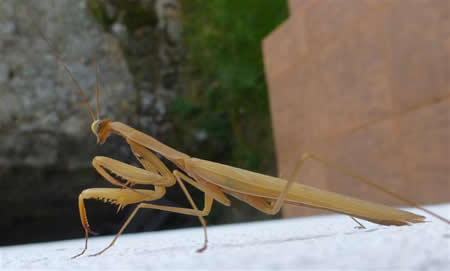 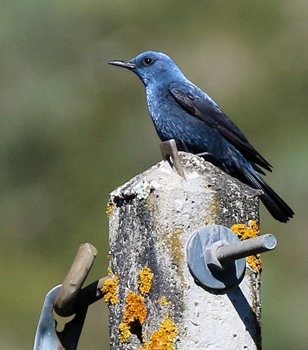 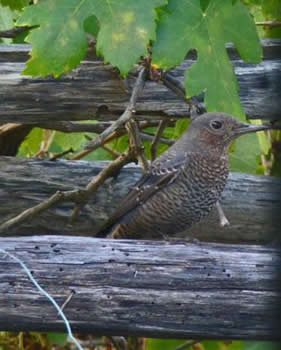 Alone in the cottage one day, I heard a tap, tap, tap. Whatever could it be? I hunted around looking for the source of the noise and realised it was coming from upstairs. Up the stairs I go - Tap, Tap, Tap! The noise is definitely coming from up here somewhere. And there I see it – tapping at the window – a beautiful blue rock thrush. She sees me and flutters off into the grape vine. I rush downstairs to get my camera and – yes -she’s still there, picking off the remains of the grapes. I was delighted to get this picture as they are quite shy birds and we have only ever seen them at a distance before. I hope she likes the grape vine enough to come back to us next year. Cliff supplied the photo of the much more brightly coloured male.

I hope you have enjoyed discovering our garden visitors as much as we have. We are looking forward to the spring when we hope to see many more varieties of birds, reptiles and insects in our garden. 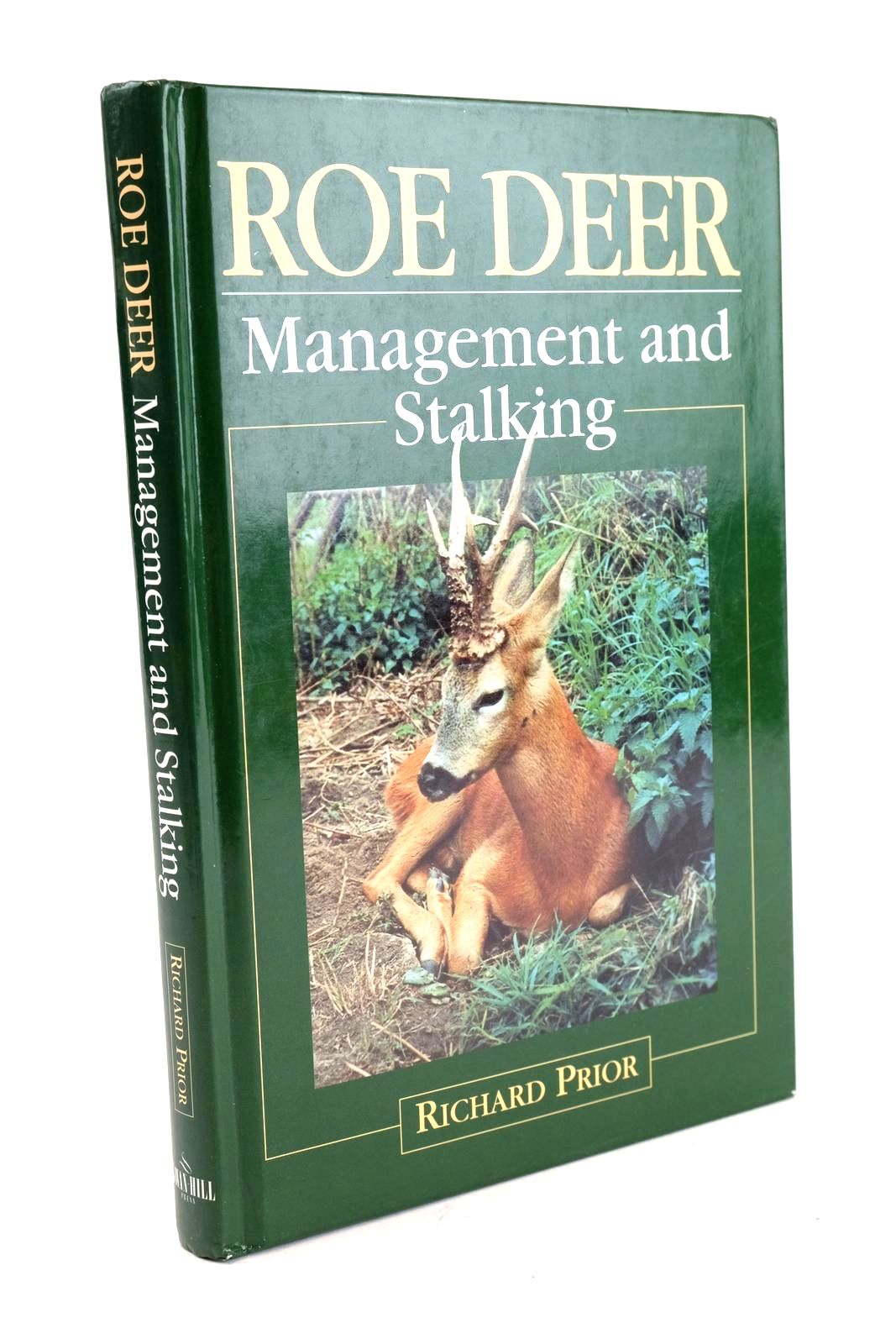 ROE DEER MANAGEMENT AND STALKING
Written by Richard Prior. Stock no 1324383. Published by Quiller. 2006. 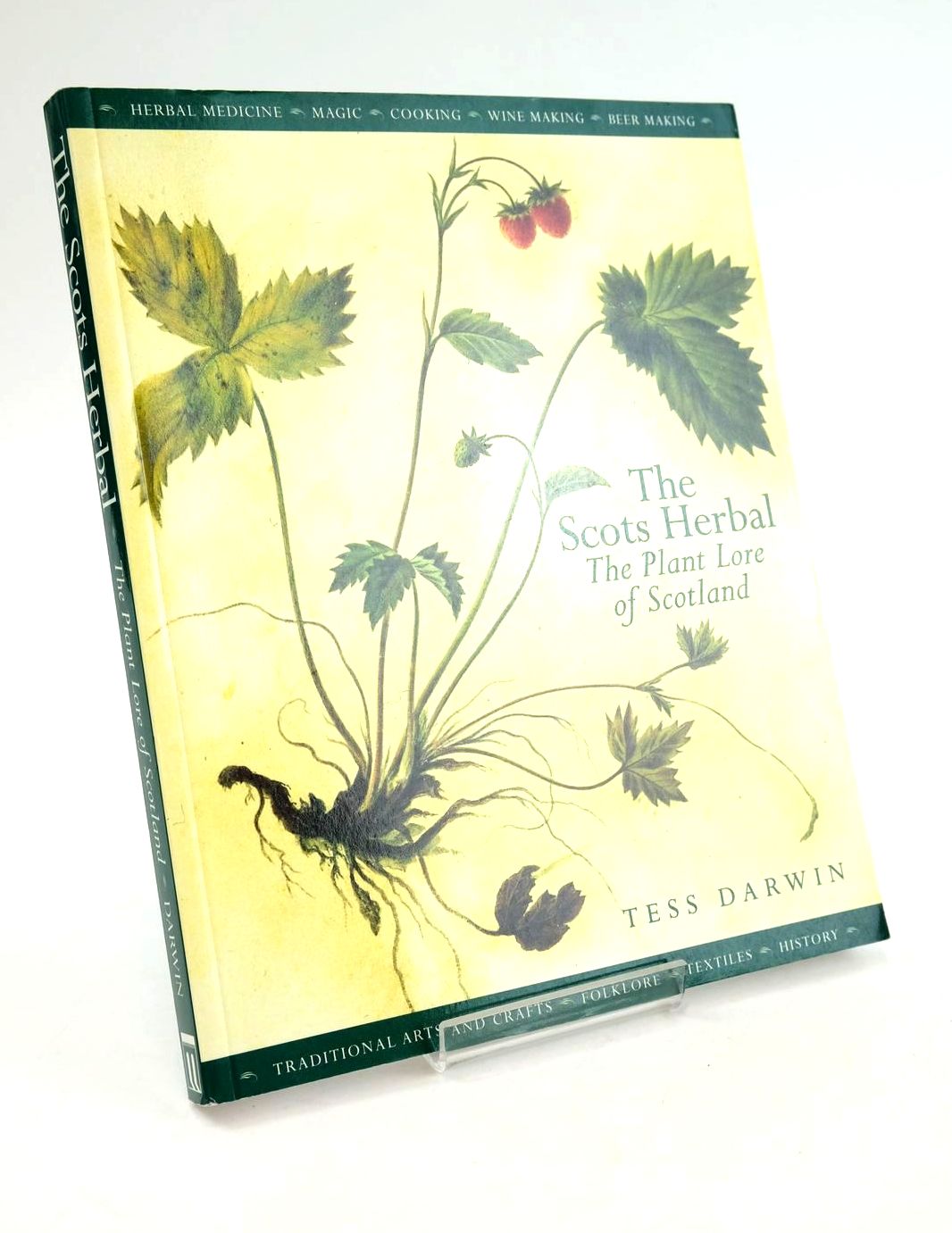 THE SCOTS HERBAL THE PLANT LORE OF SCOTLAND
Written by Tess Darwin. Illustrated by Thomas Bewick. Stock no 1324381. Published by Mercat Press. 1st. 1996. 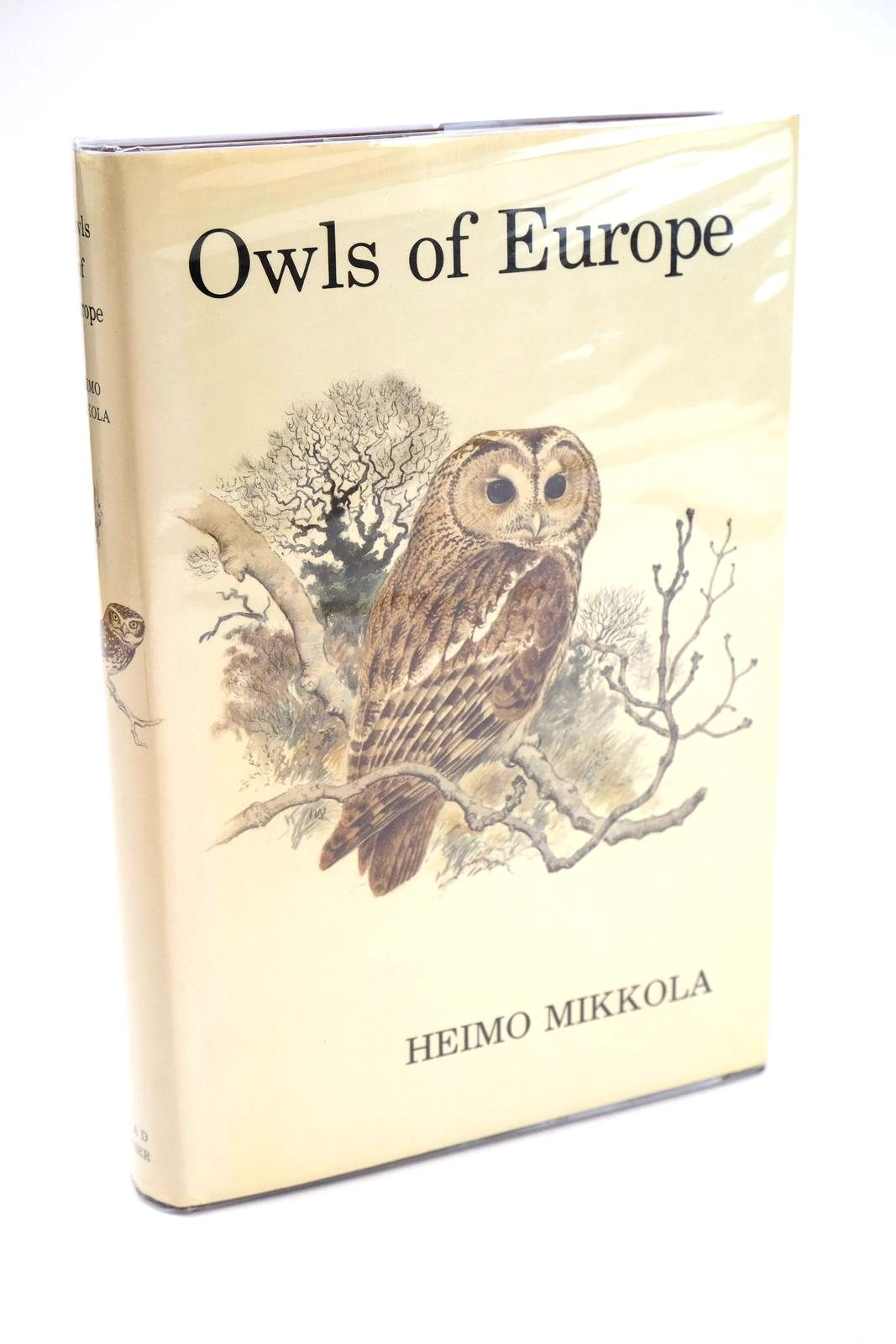 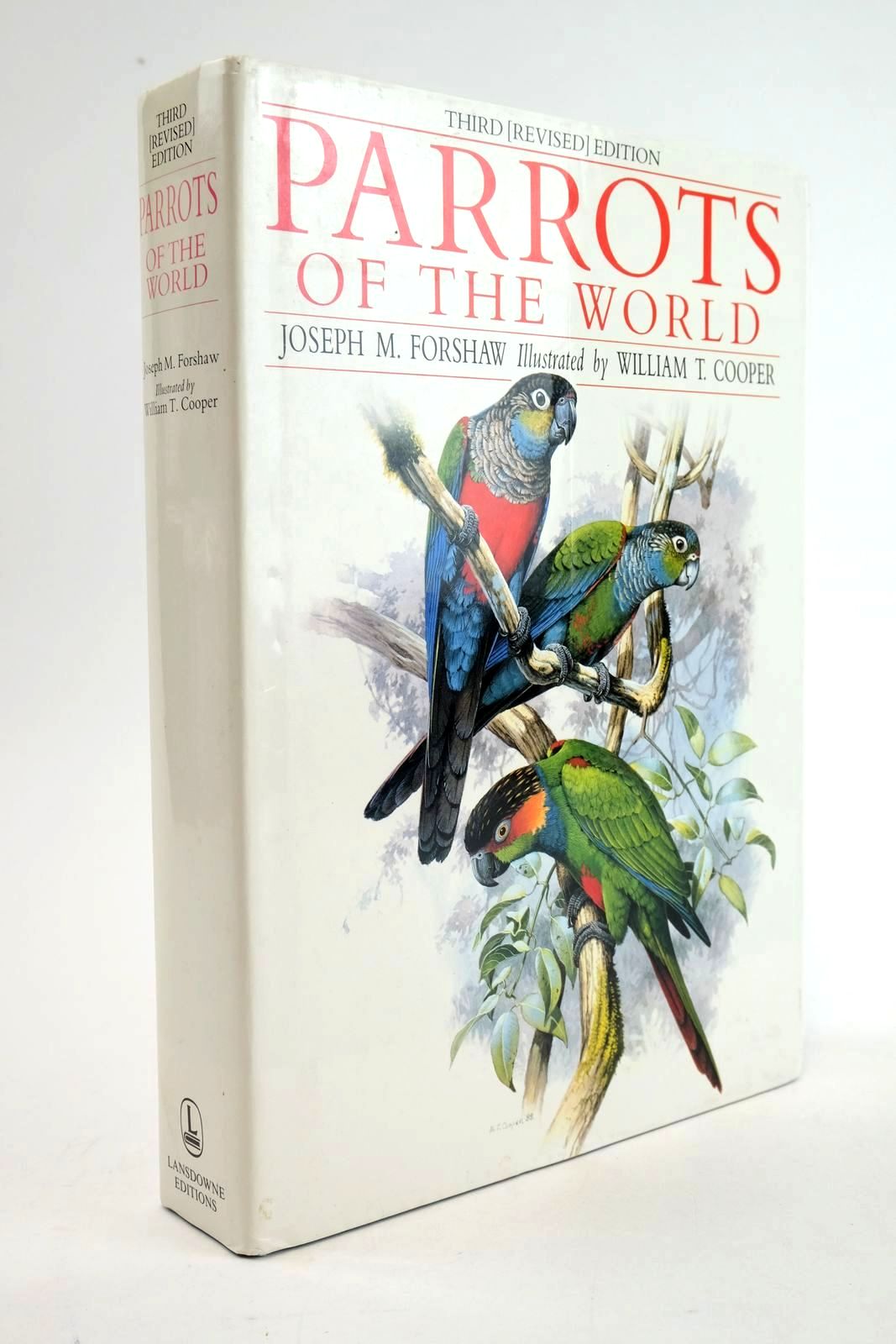 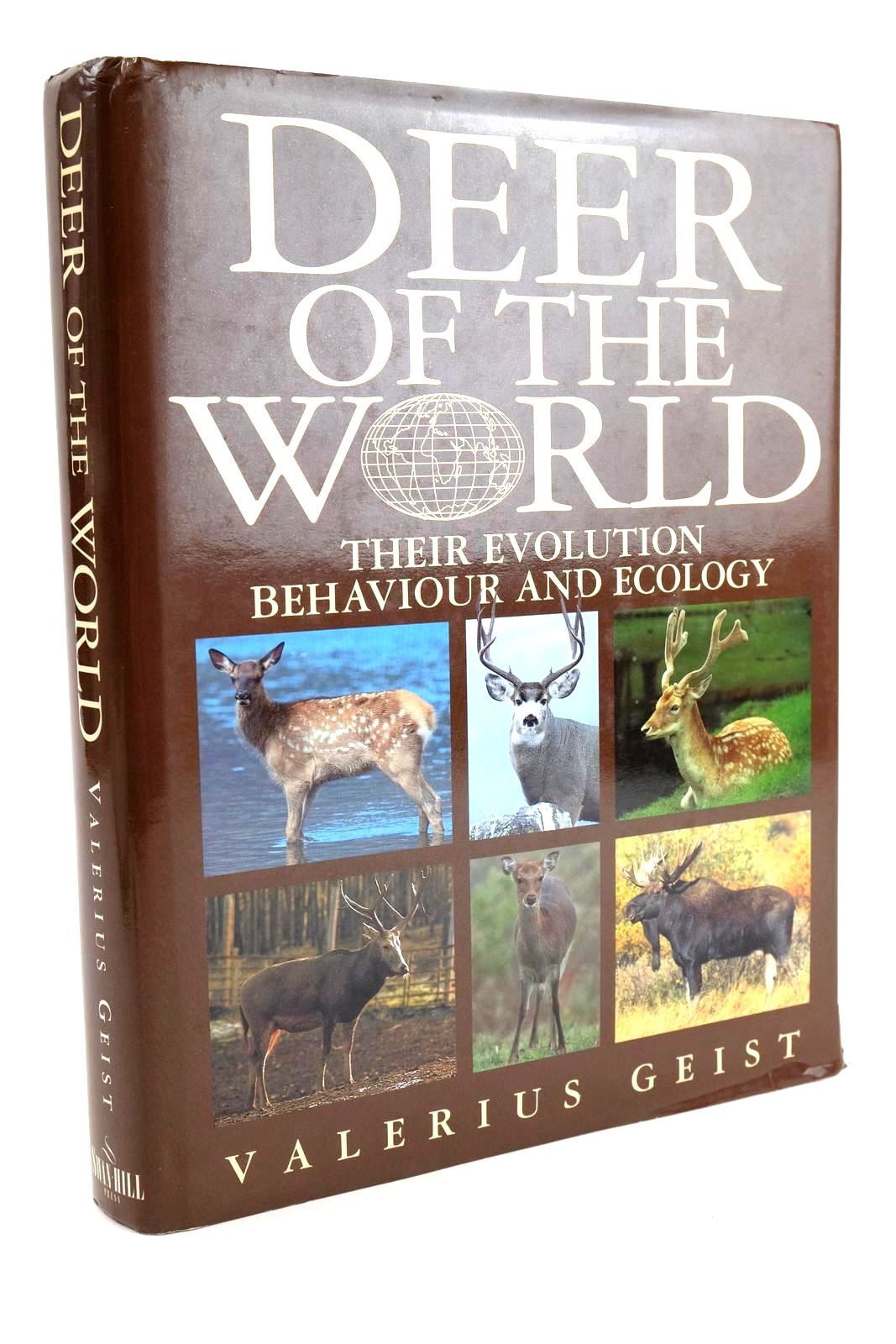 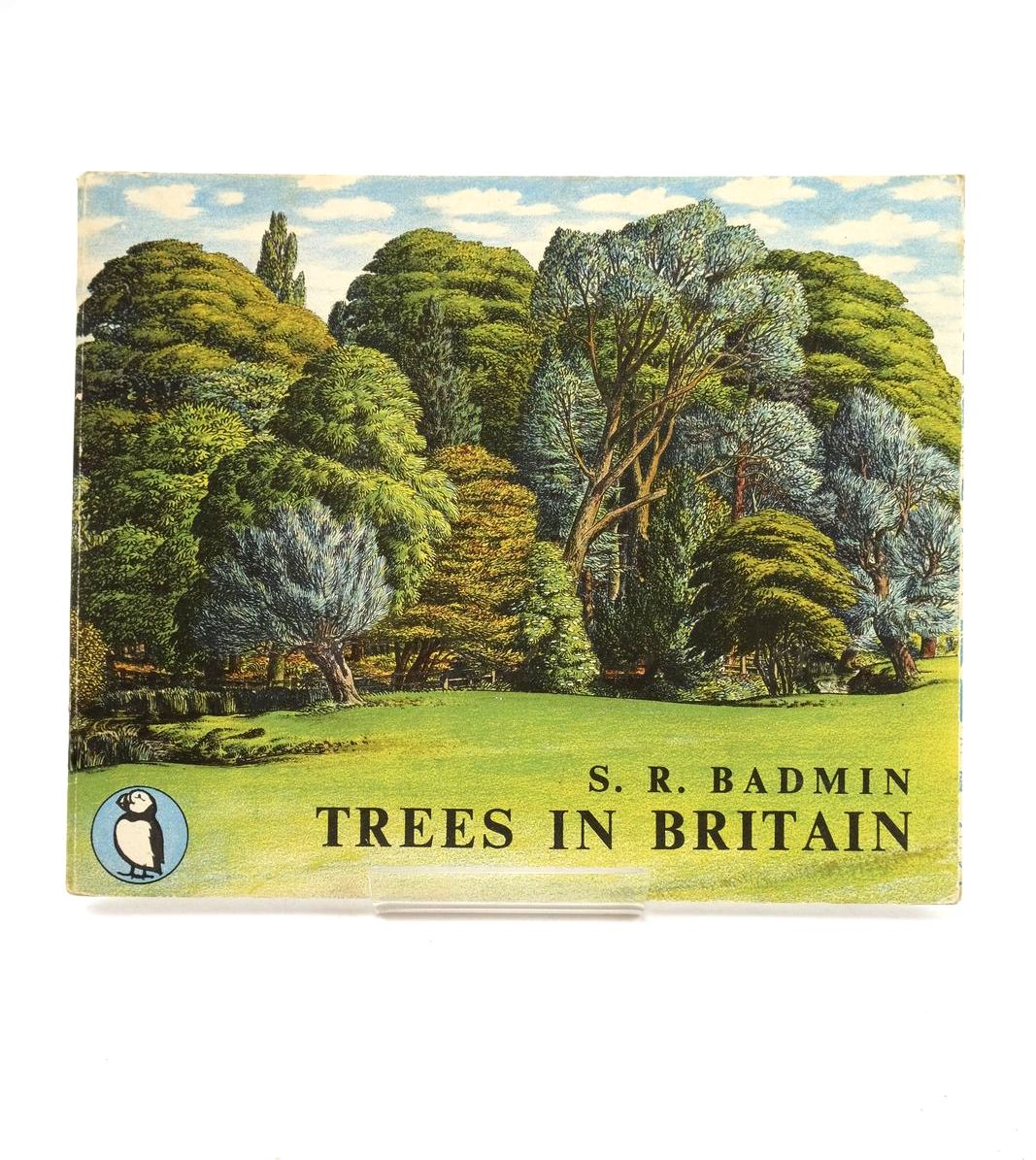 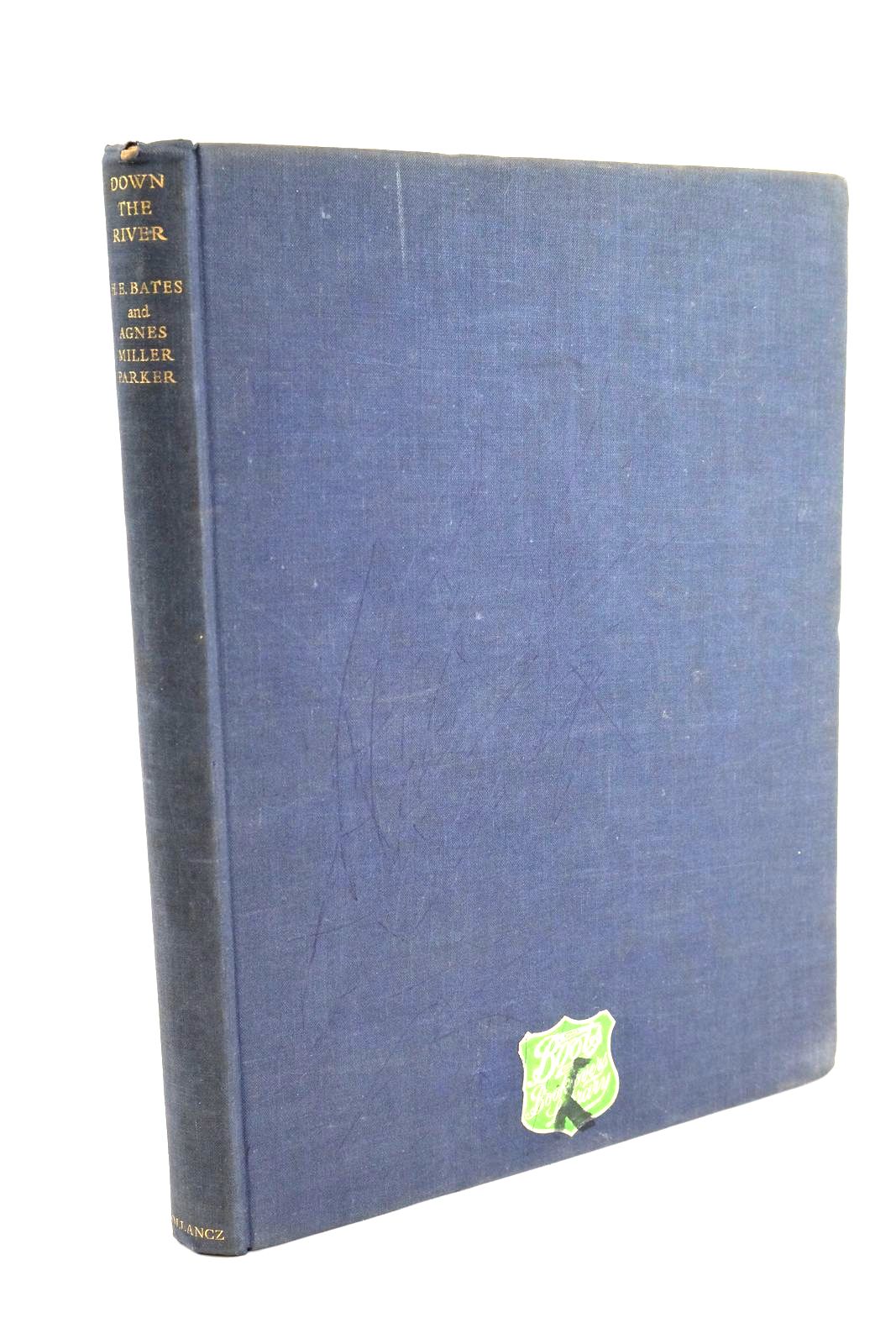 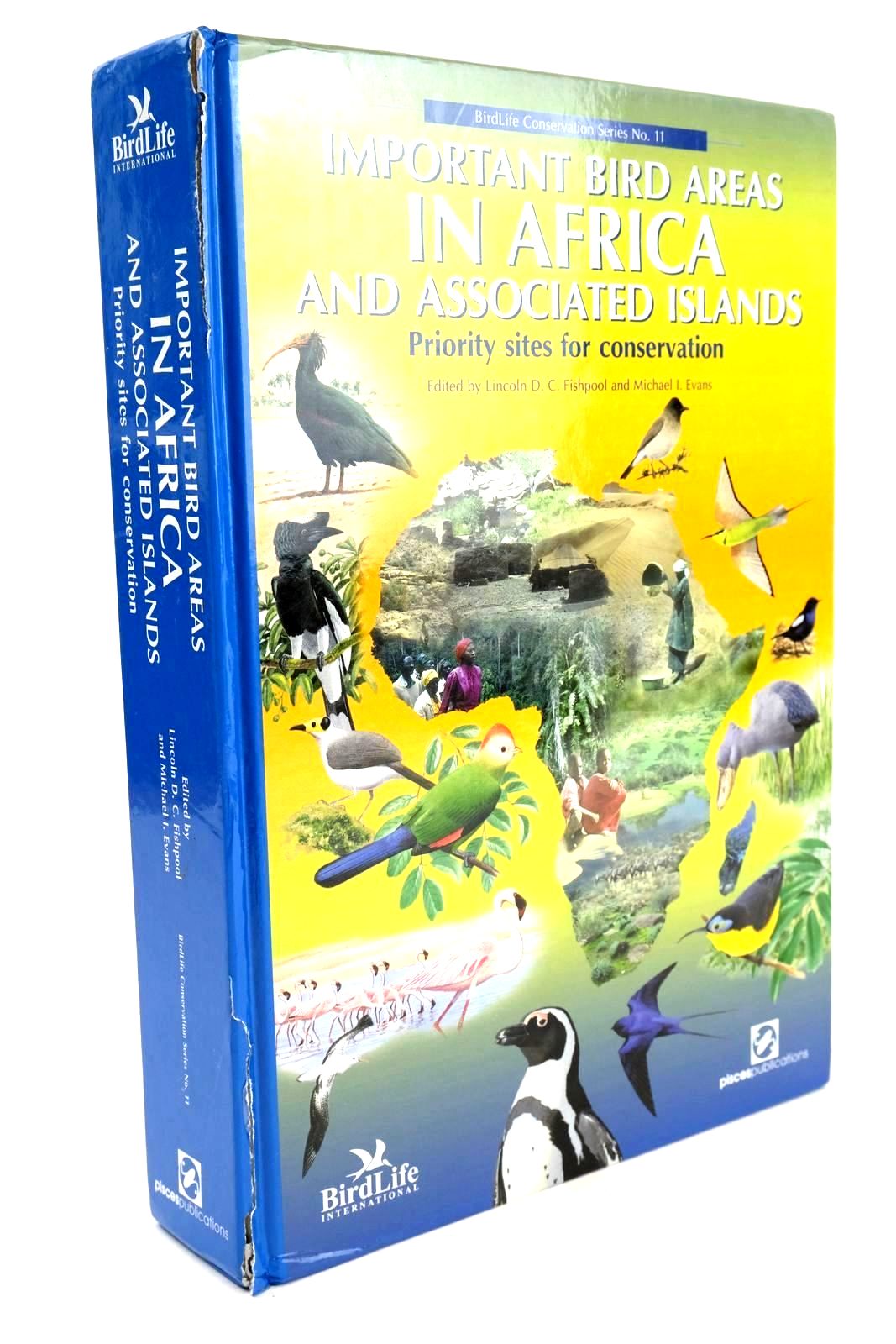 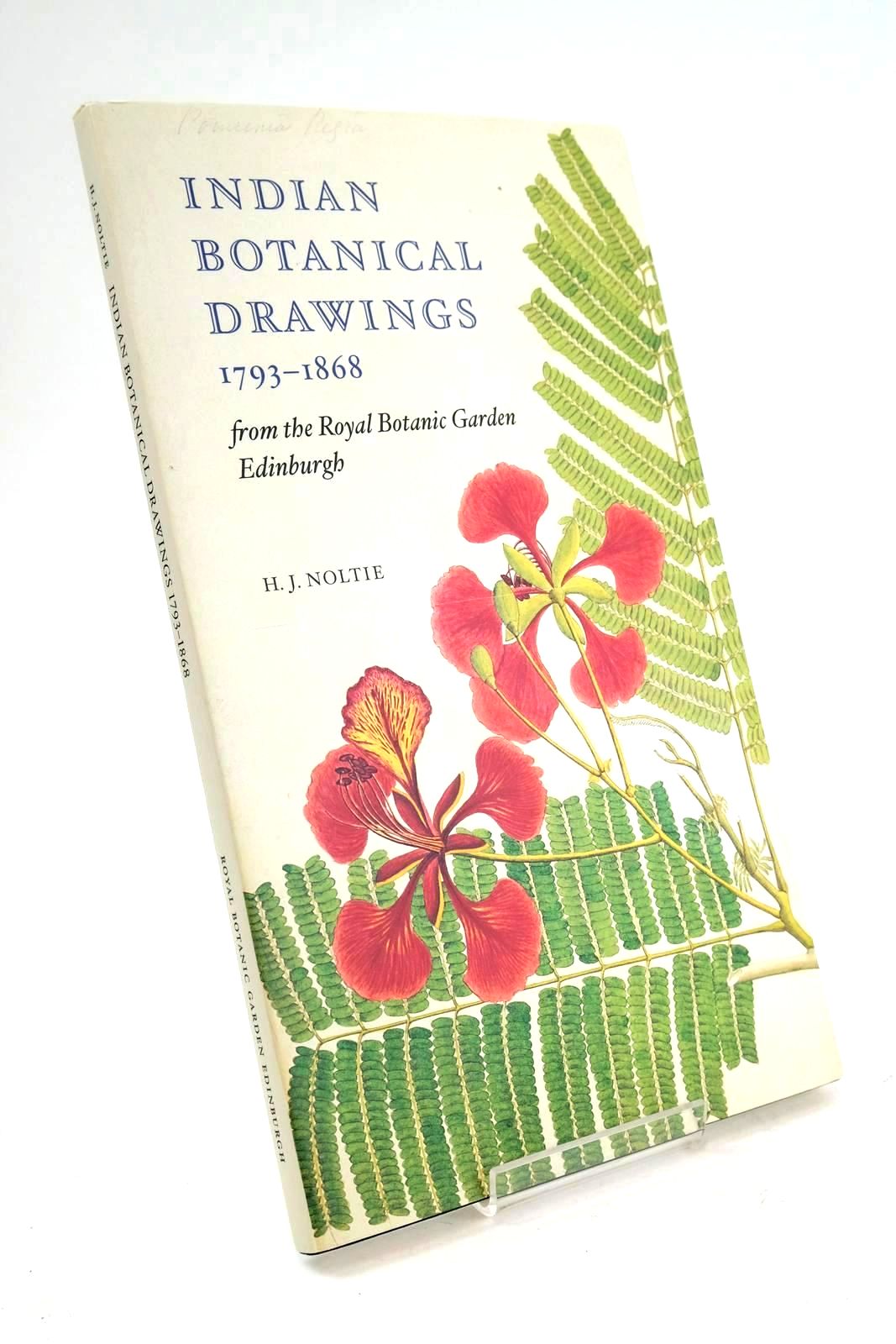 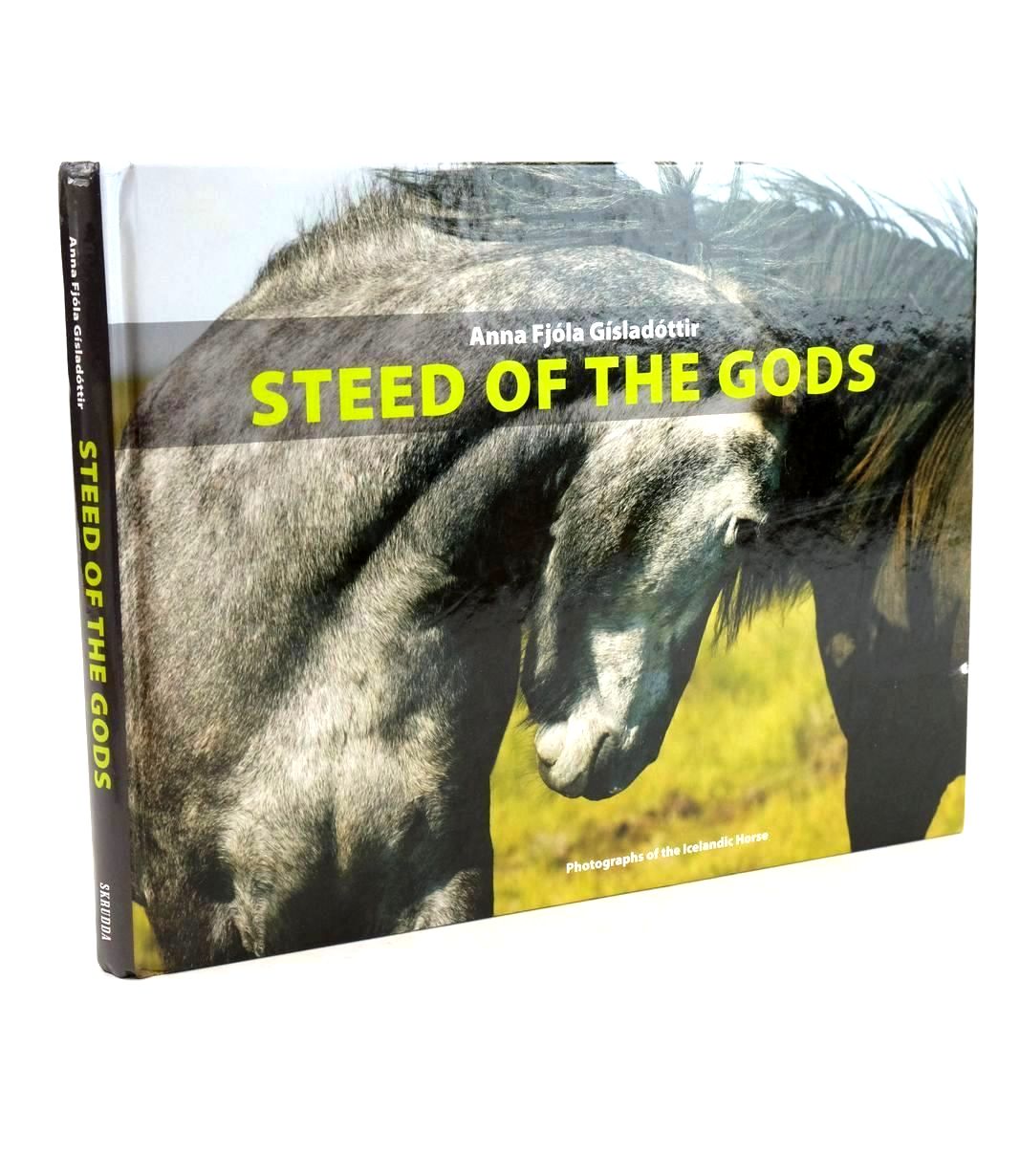 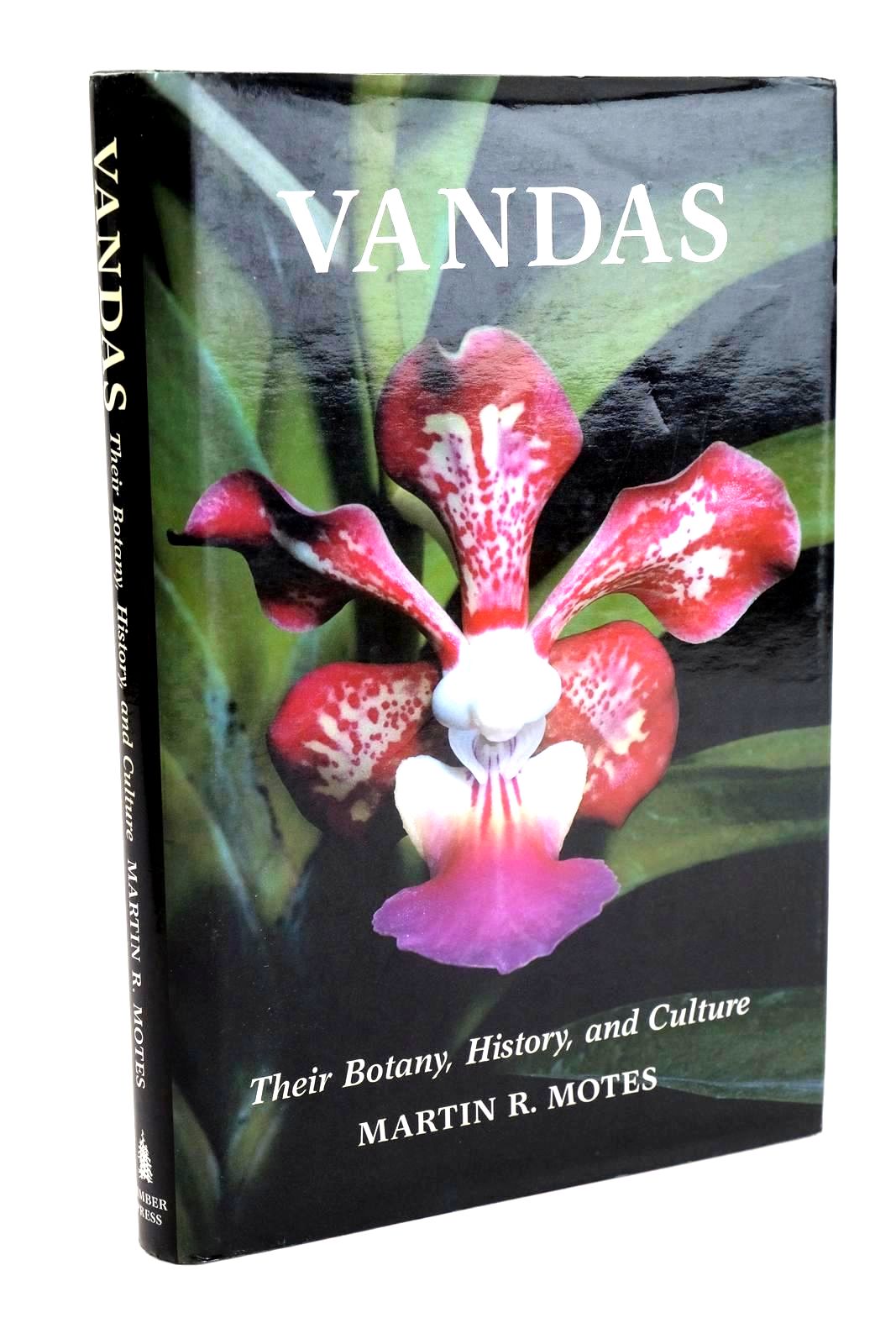 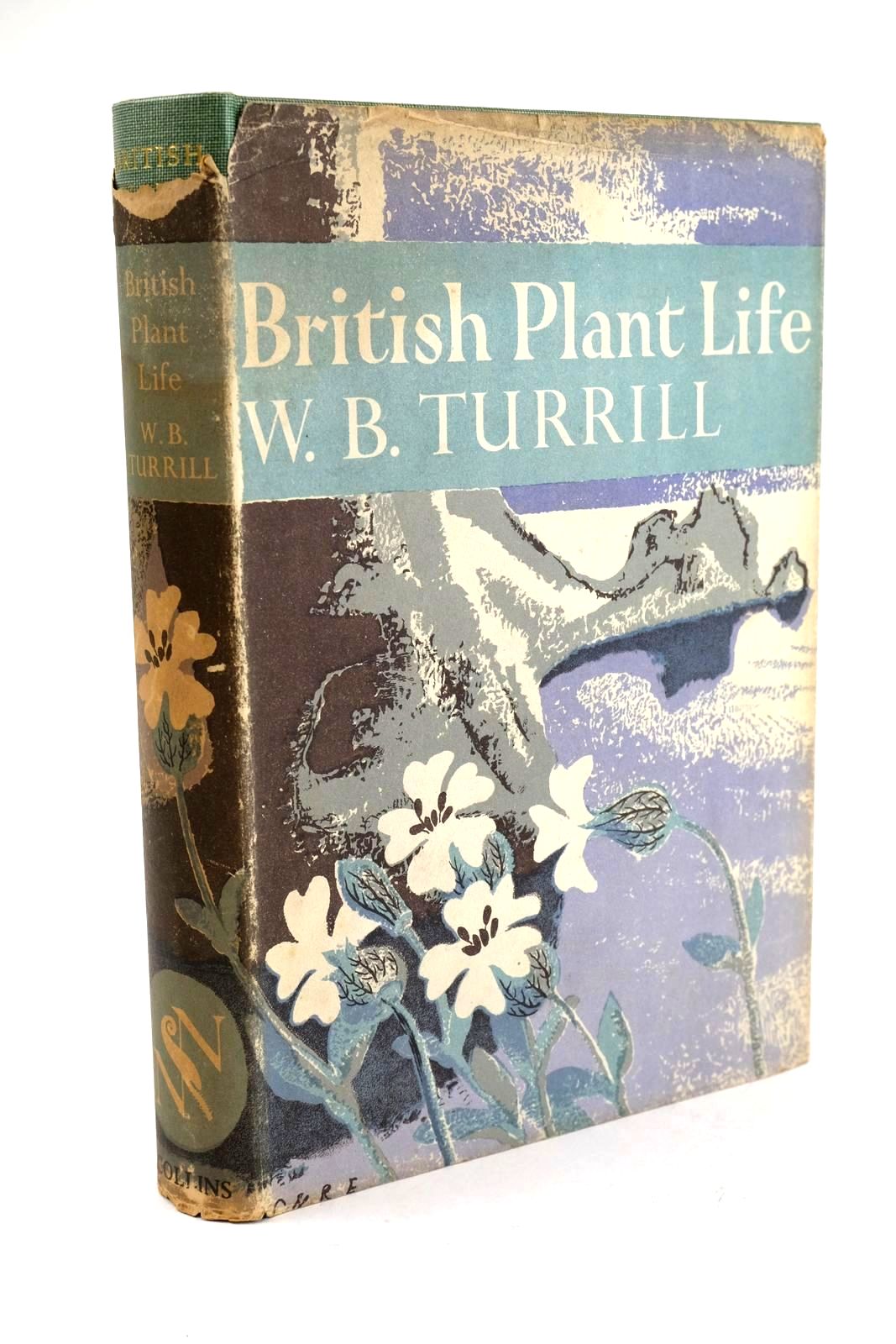