Jenny the Jeep by Jack Townend

Knowing my interest in all things motoring, and especially in Willys Jeeps, my colleague recently showed me an interesting and (I believe) most unusual book about a very special Jeep. My last featured book article featured an amphibious World War II Jeep named Half-Safe and so I thought I’d continue the Jeep theme this month. I wonder how many more Jeep related books I can find… watch this space!

Anyhow, this Jeep book could not be more different from Half-Safe. Jenny the Jeep is the story of a pink (yes – PINK) Jeep that is picked on by her fellow green Jeeps for being different. But despite the bullying, plucky little Jenny perseveres, does her bit for the war effort and becomes a hero! 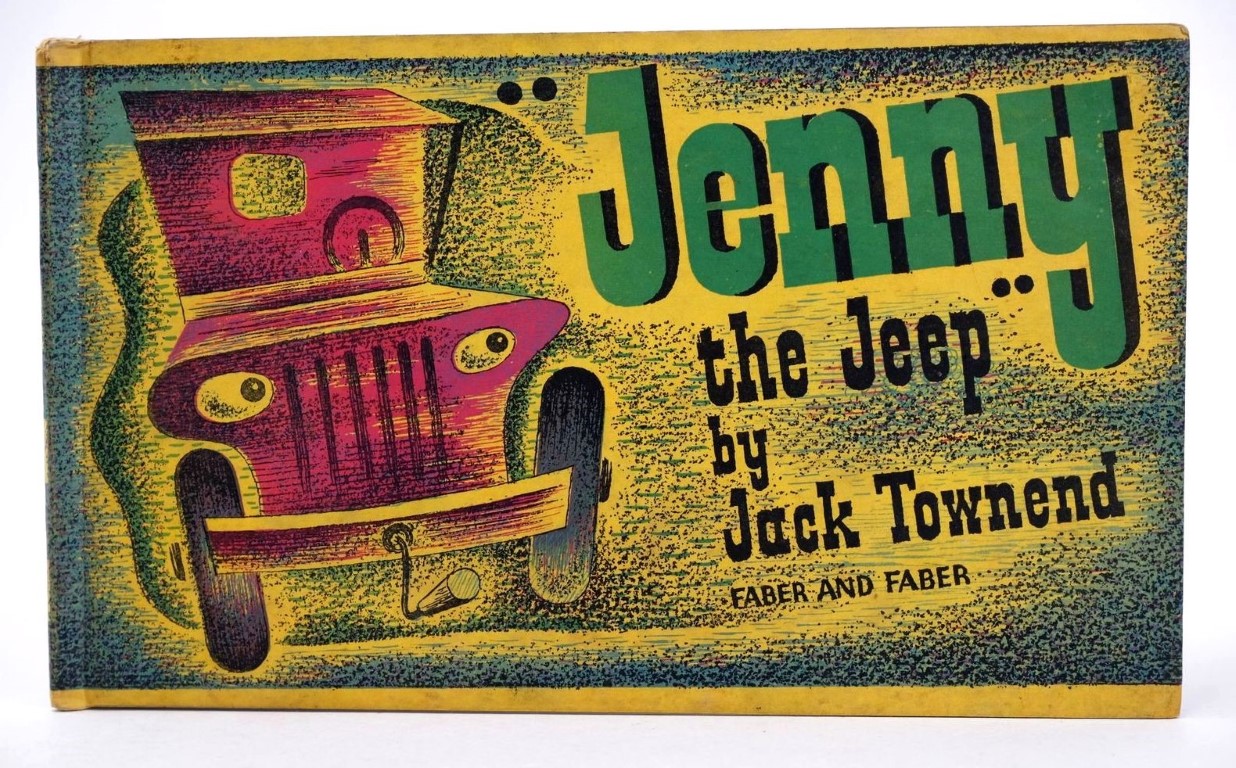 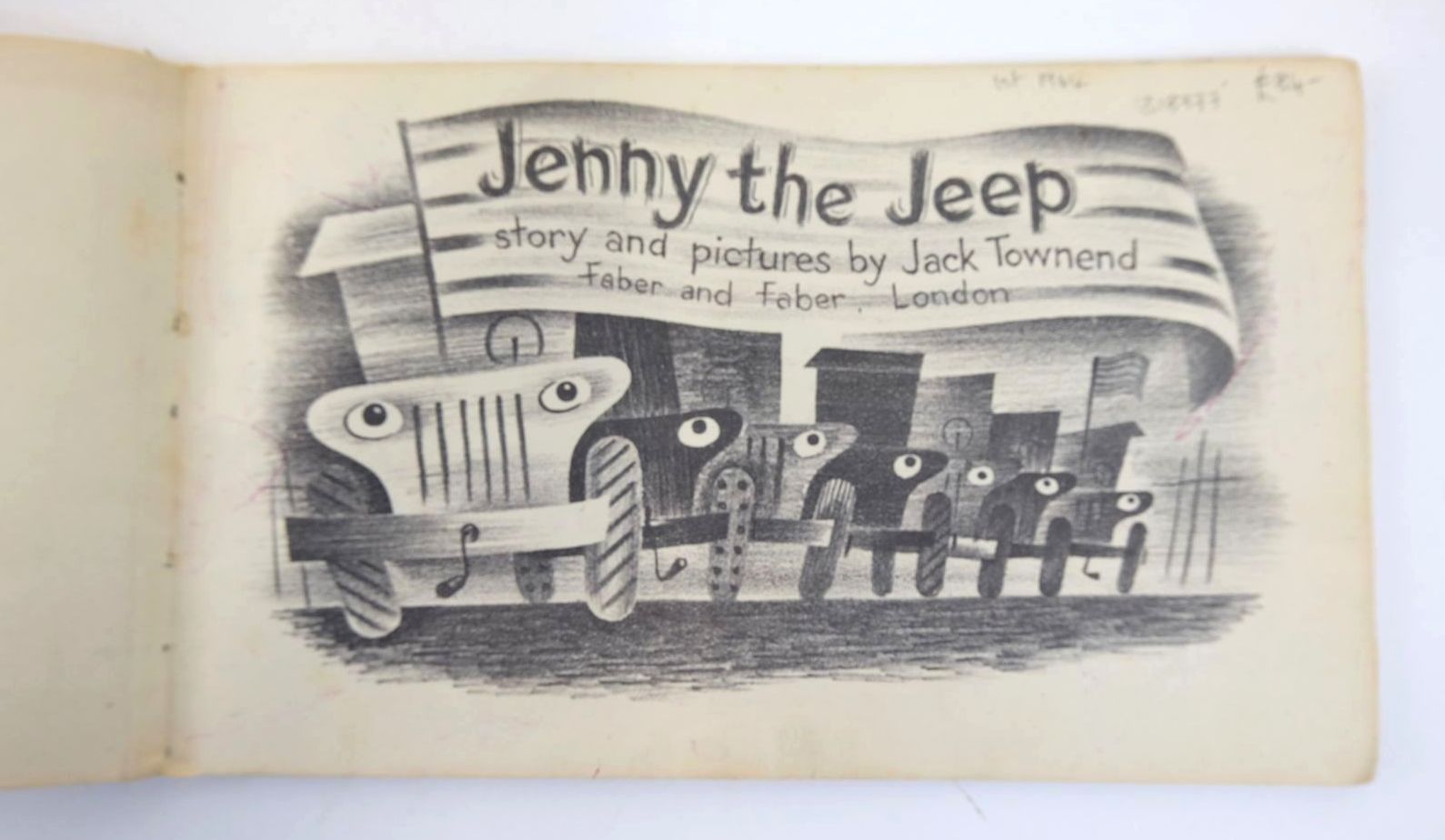 The book is small oblong format and only 25 pages long – it took me a whole five minutes to read. It is illustrated throughout by Townend with lovely colour and black and white lithograph illustrations. The prolific illustrations are very distinctive, appearing to have been created with coloured pencils, and tell the story beautifully along with the prose.

As I read the book, I kept waiting for an explanation as to why Jenny was painted pink. Alas, no such explanation is forthcoming leaving the reader to speculate for themselves! Maybe Jenny was a precursor for the famous ‘Pink Panther’ Land Rovers built for SAS desert warfare? We’ll never know…

Jack Townend himself only appears to have written and illustrated four or five books – mostly children’s. A Railway ABC was his first, published in 1942, followed by Jenny the Jeep in 1944. Wikipedia reports that this was obviously a time of ink and paper rationing – possibly contributing to the books diminutive size and length. 1947 saw Townend produce one of his best-known books – The Clothes We Wear – number 64 in the Puffin Picture Book series.

Interestingly, Jenny the Jeep was actually republished by V&A Publishing in 2015 and Townend’s children’s books form part of the V&A’s Renier Collection of Children’s Literature. So, you might want to look out for a newer copy if this one gets snapped up.

It is always interesting to find scraps of paper and other things inside old books that tell you a little about a book’s life. This copy of Jenny the Jeep has a letter from the editor of the Farmers Weekly magazine attached to the rear of the front free endpaper. It appears that this book was given in 1946 as a consolation prize in some sort of poetry competition to a young budding poet named Cynthia!

It struck me reading the book how relevant the moral of the story remains – despite being over 70 years old. It seems mankind still has a long way to go in the fight against bigotry and prejudice.