First published in the US in 1969 by World Publishing Company the British edition was published the following year in 1970 by Hamish Hamilton.  The book has proved enormously popular with children ever since and has recently enjoyed a huge comeback with popular merchandise being produced to sell alongside the book (toys, children’s food utensils, bedding, bookends, photo frames etc etc). 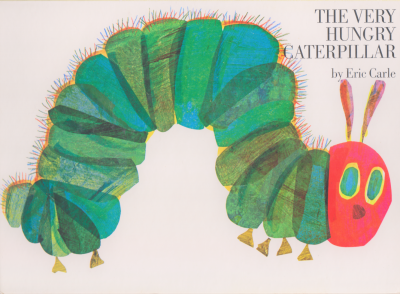 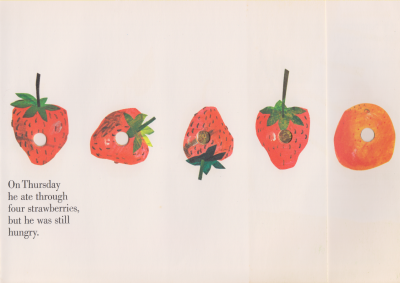 It is a fantastic book full of vivid colour illustrations and simple text.  Watch as the caterpillar crawls through the book munching all the delicious food and finally the ultimate metamorphosis from 'hungry caterpillar' to 'beautiful butterfly’. 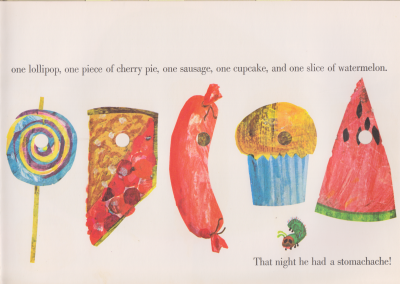 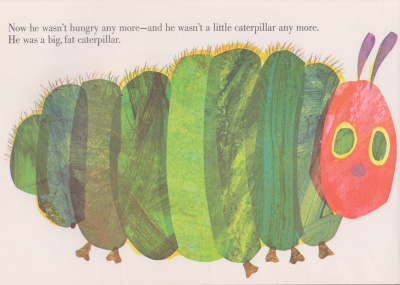 Author/illustrator Eric Carle uses his distinctive collage illustrations of vividly coloured hand-textured papers cut to shape and layered together, sometimes embellished with crayon or other media. As well as being a delightful picture book, the story  covers educational themes such as counting, days of the week, foods and the life stages of a caterpillar.

The book was originally inspired by a hole punch! Carle was punching holes with a hole puncher and, thinking of bookworms, he created a story called A Week With Willi the Worm.  His publisher wasn’t too keen on this and asked him to come up with a different story which would be more appealing to children and hence the hungry caterpillar was created. Interestingly, in two extremes, the book has been used to encourage healthy eating but has also (according to one source) been banned from libraries in Herefordshire, England for encouraging overeating and obesity! 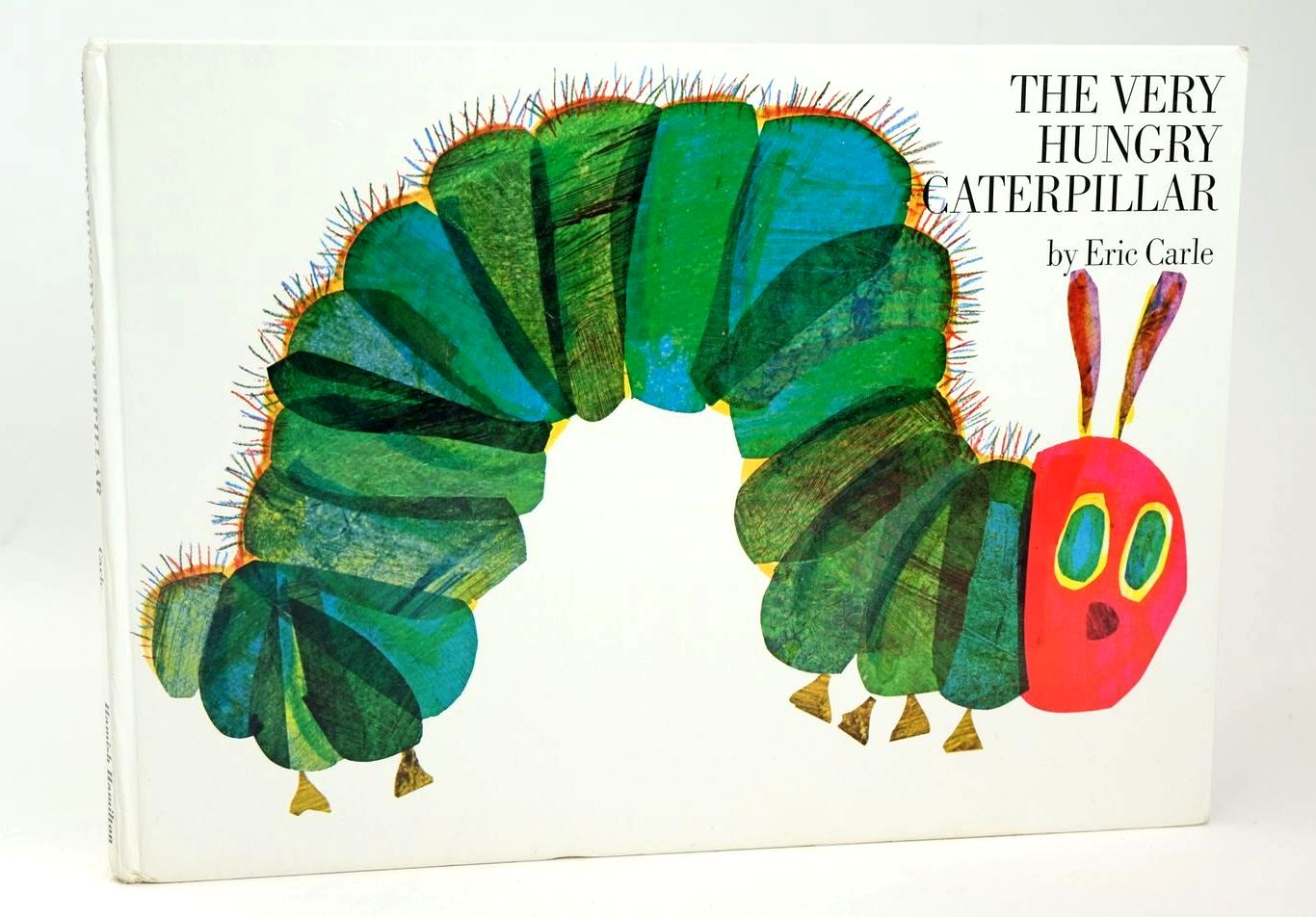