Butterflies Of The Night

But, I hear you say, how could we possibly mistake a dull brown moth for a brightly coloured butterfly? Take a look at these day-flying moths: 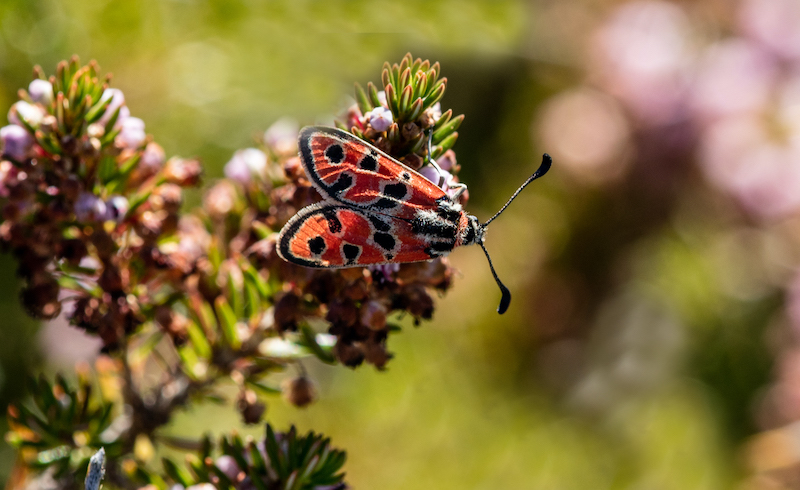 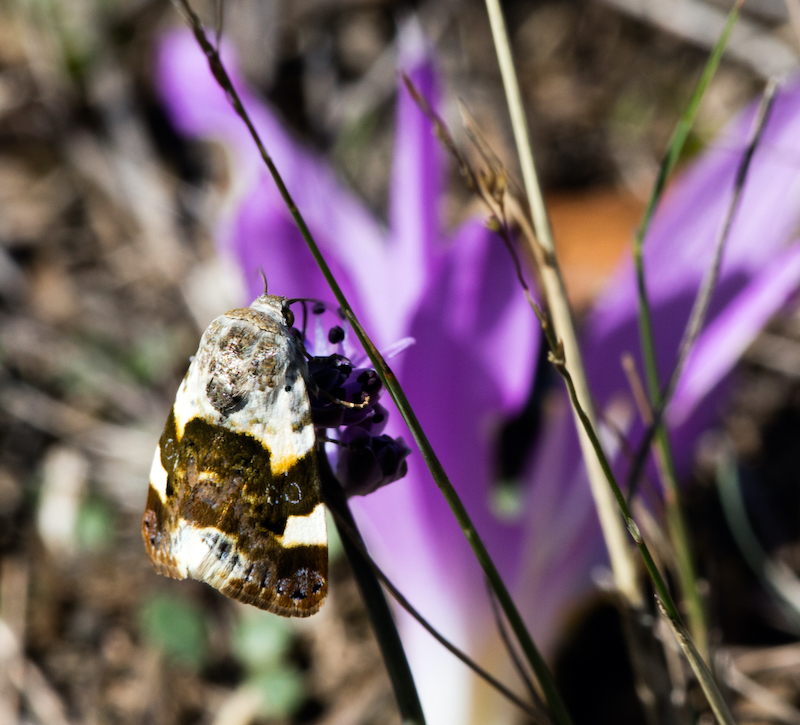 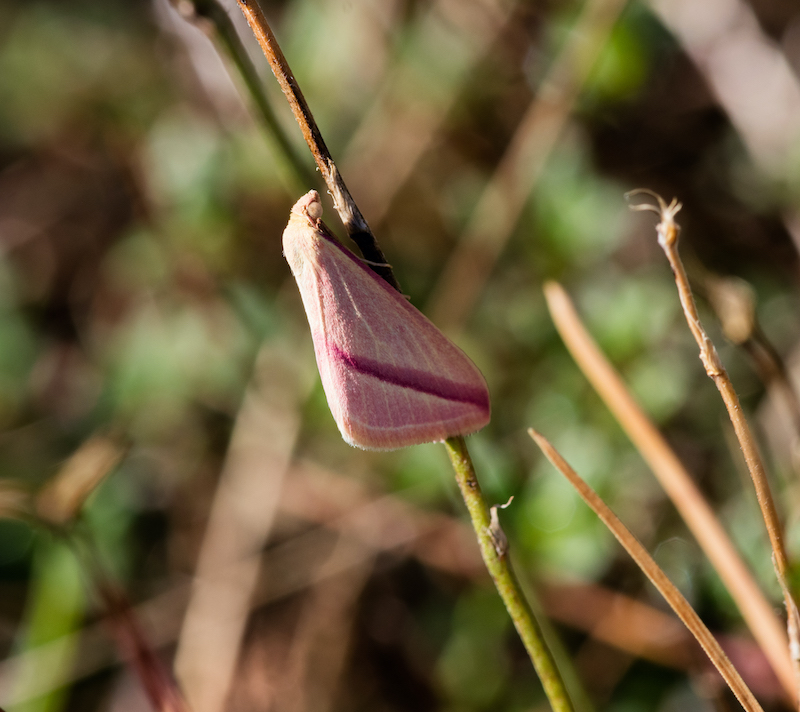 Let’s consider the stunning elephant hawk moth which can be seen during day fluttering around rose bay willow herb looking for somewhere suitable to lay her eggs.

In fact it was the elephant hawk moth which first aroused my interest in moths. My husband had an interest in this species from when he was a youngster living in Cornwall. His grandmother grew flowers commercially and the caterpillar of this particular hawk moth is rather partial to fuchsia leaves. Thus each year Cliff was allowed to keep at least one caterpillar and raise it to the point where the beautiful moth emerged from its cocoon. He called them all Algernon for some reason only known to himself!

When we moved to Tintern in Monmouthshire we were surrounded by rose bay willow herb but rarely saw elephant hawk moths. Therefore we decided to attempt to breed some ourselves. We purchased 10 pupae from the internet and patiently waited for the moths to emerge. We kept the moths in a hamster cage with some fuchsia plants hoping they would breed and lay eggs – and to our great surprise they did and we subsequently released the moths. 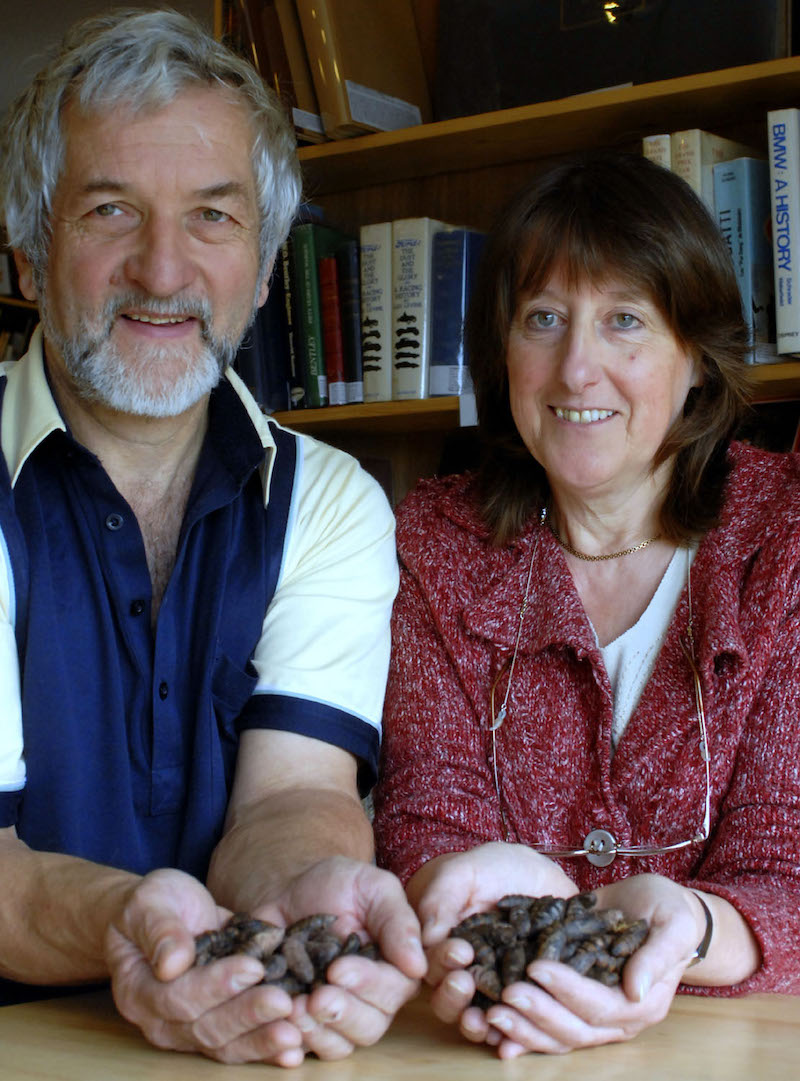 That first year we had just a few eggs which we watched hatch into the tiniest caterpillars and then grow into five inch monsters! I have known people who on seeing an elephant hawk moth caterpillar for the first time think they are baby snakes! All the babies are green when they hatch and gradually turn brown as they shed their skins and grow. To our surprise we found that occasionally a caterpillar would not turn brown but remained a lovely green colour throughout its life. I imagine in the wild these would not survive very long as they would be easily spotted by predators. But ours were quite safe! 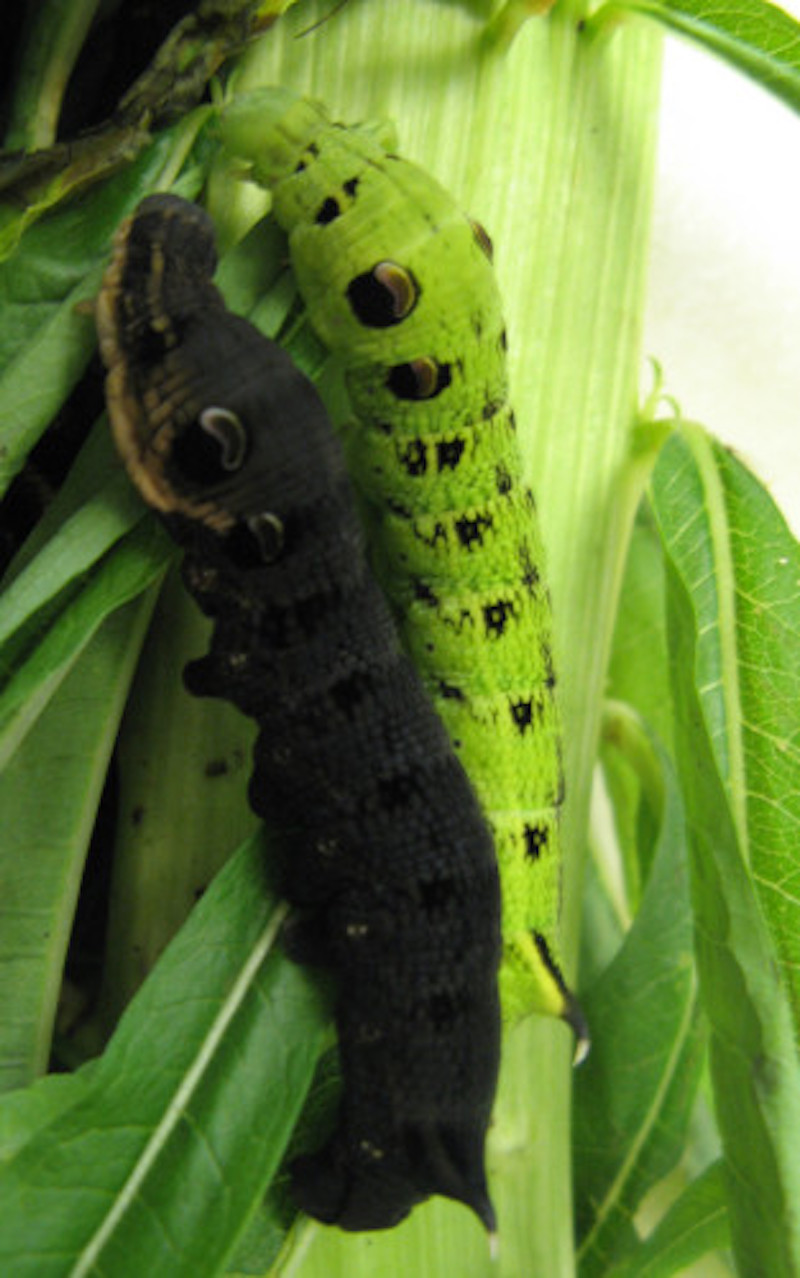 The third year of breeding we raised 120 caterpillars. They lived in three vivariums and every day we filled each with willow herb and every night they ate the lot! Watching these ungainly creatures spin their cocoon and eventually emerge as the most beautiful moths was a fabulous experience and one that made me want to know more about moths in general. 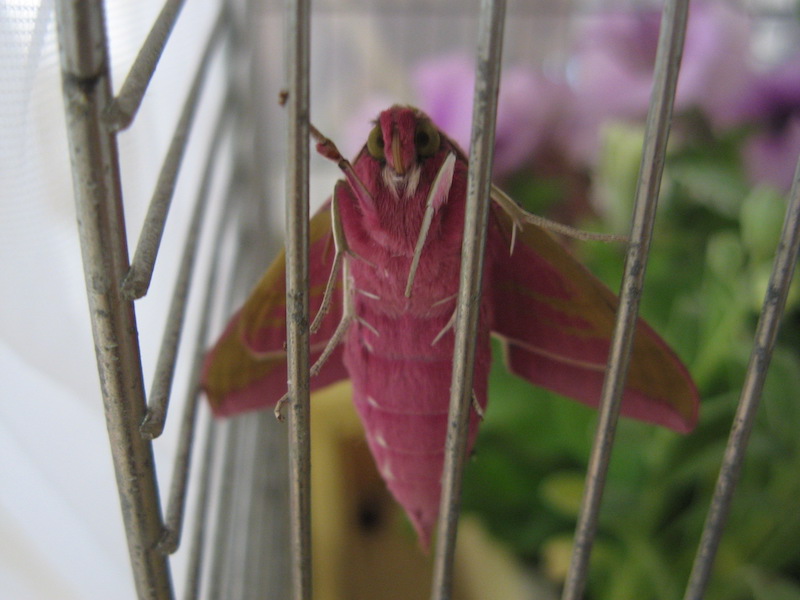 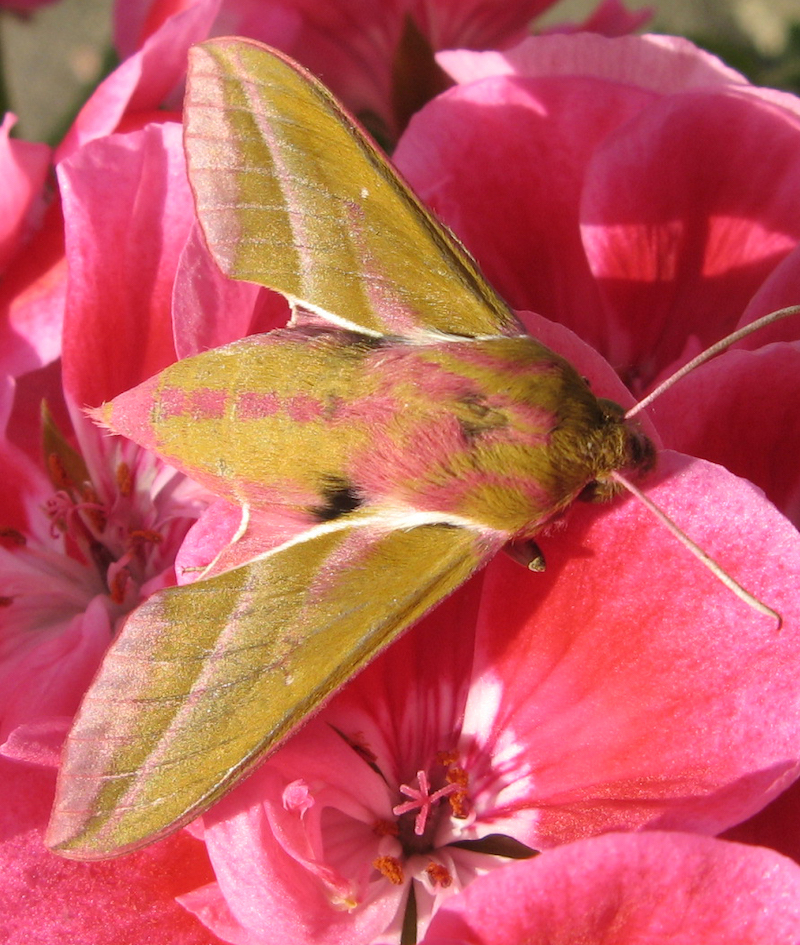 To achieve this my husband and I attended a “moth course” in Spain, run by a lady who was extremely knowledgeable not only about moths but also about the wildlife to be seen in the area. Each night she would set up a moth trap, either on her terrace on somewhere in the local area. Each morning we would examine the trap to see what species were in there and to identify each one. 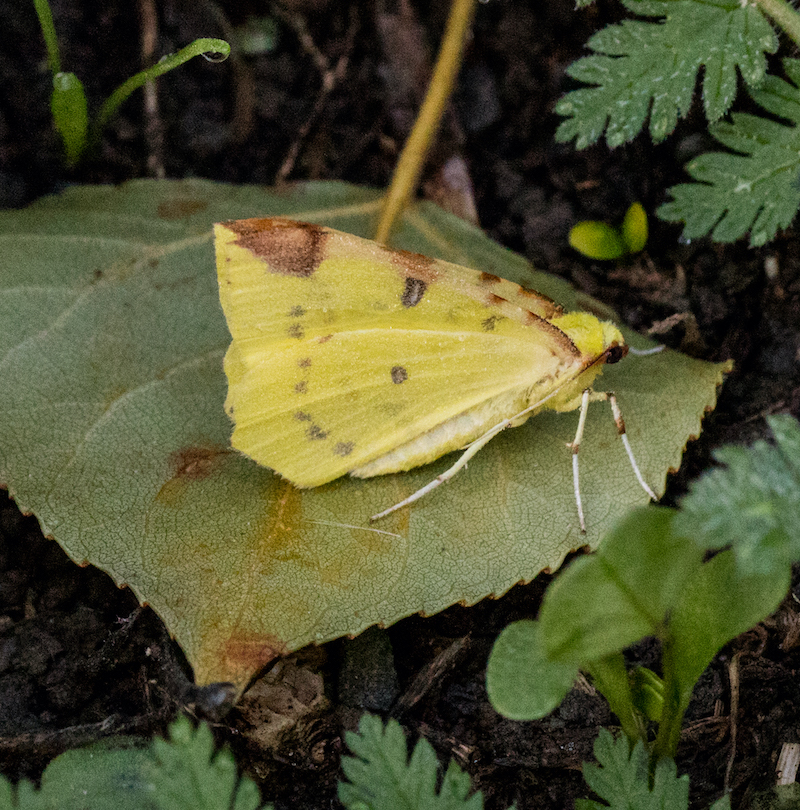 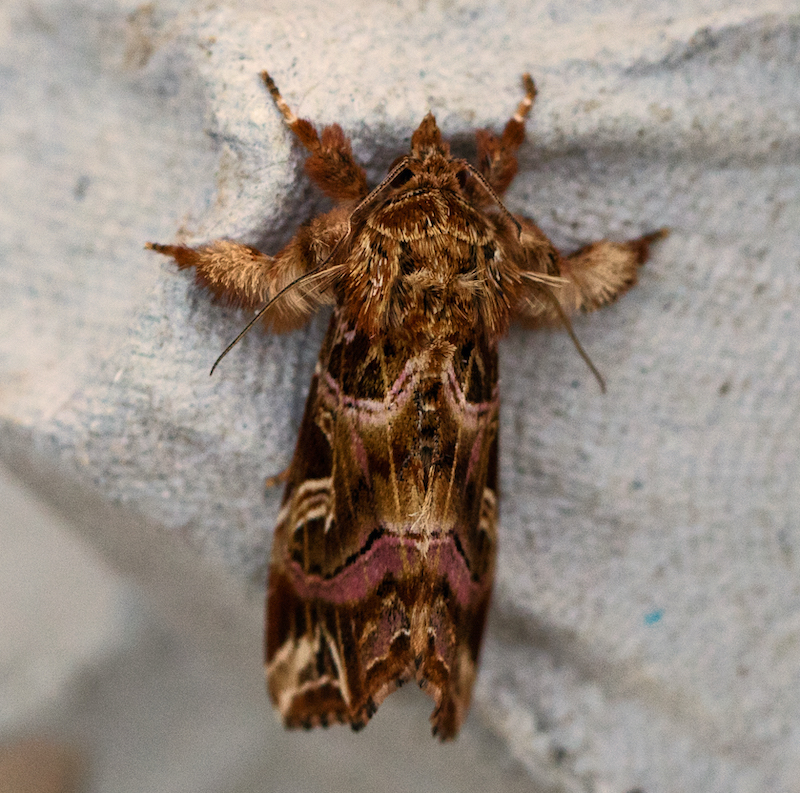 For those unsure of what a moth trap is – it’s simply a receptacle fitted with a mercury-vapour lamp to which the moths are particularly attracted. In the receptacle is usually placed some egg boxes. Moths will come to the light then either rest nearby or dive down below the bulb to hide in the egg boxes. In the morning the egg boxes can be examined, the species photographed and identified and then released. 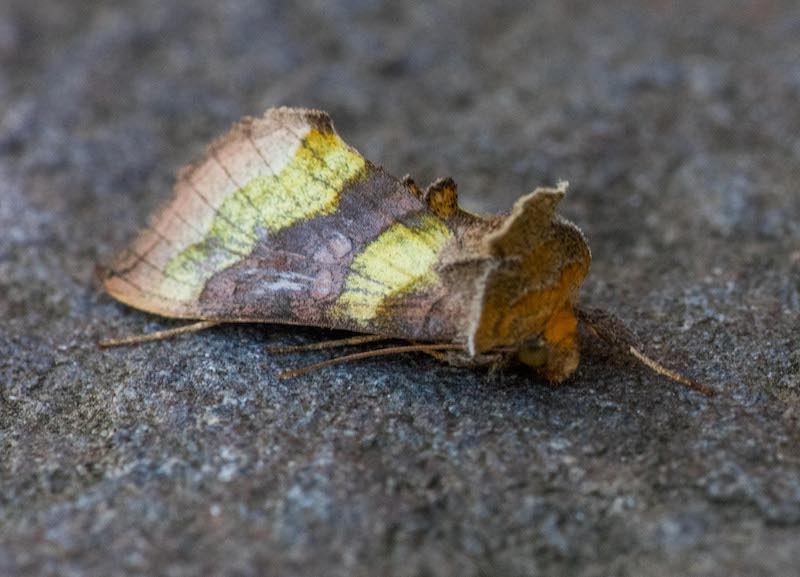 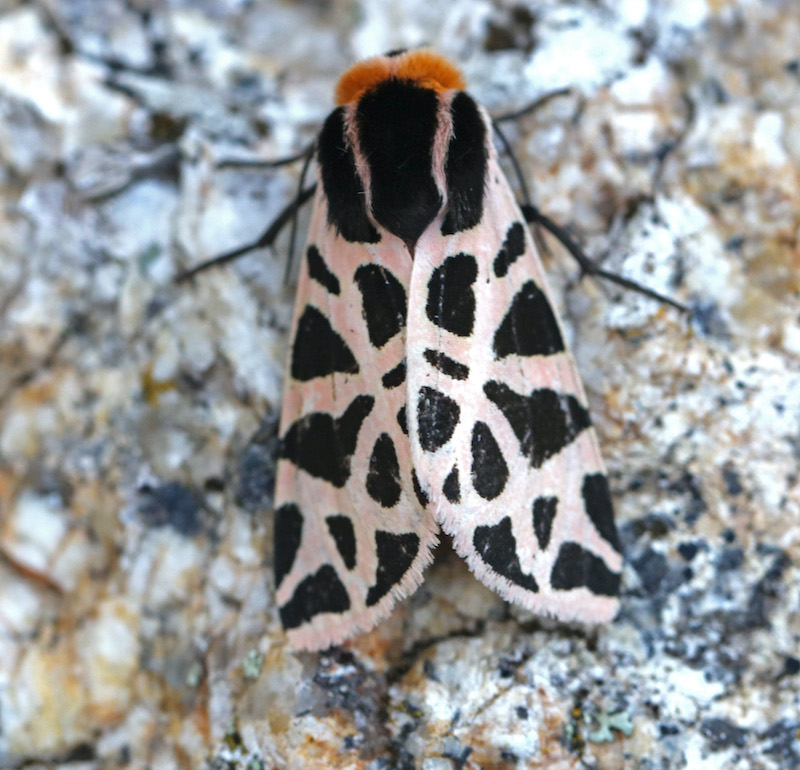 I can honestly say, I had no idea of the variety of shapes, sizes and colours of the moths that are flying around us at night. From tiny micro moths you can hardly see with the naked eye to the larger colourful moths we are more likely to mistake for a butterfly. It was a truly amazing experience and a wonderful opportunity to practice my macro photography. What may look like a small dull insect to the naked eye, when enlarged in a photograph often turns out to be an intricately patterned creature with cute facial features. 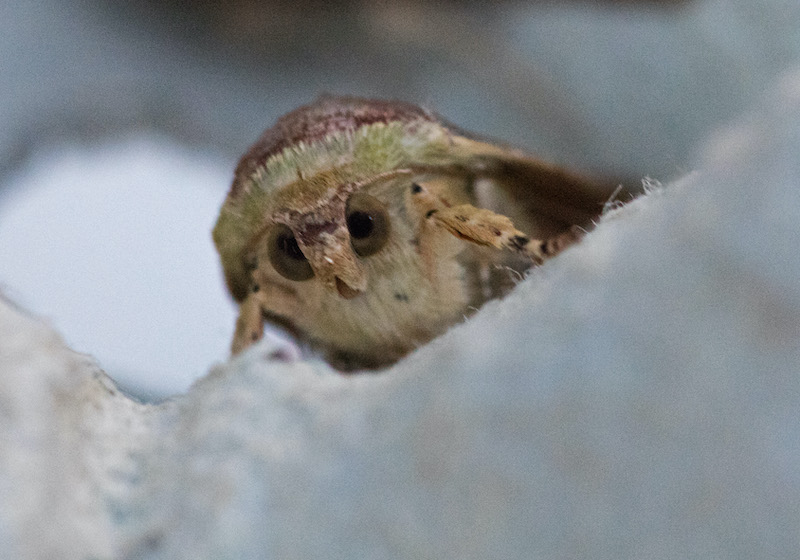 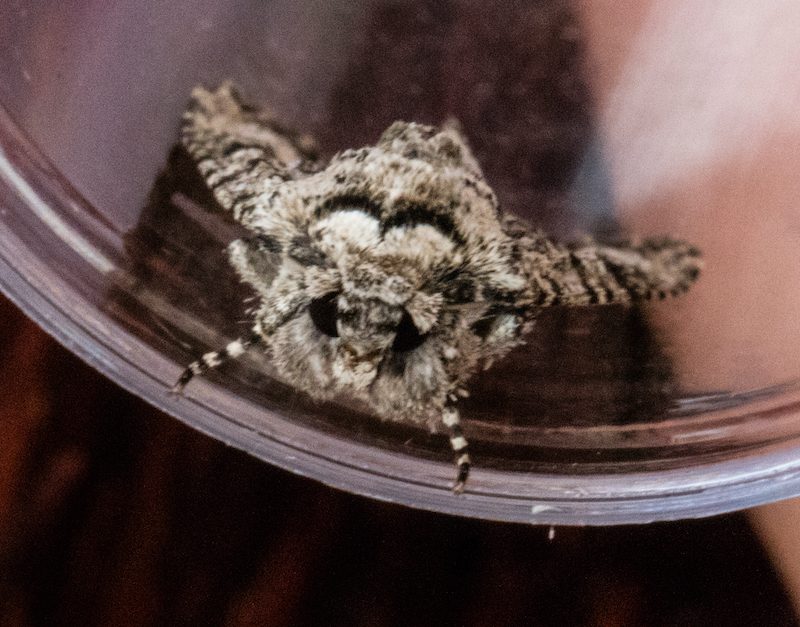 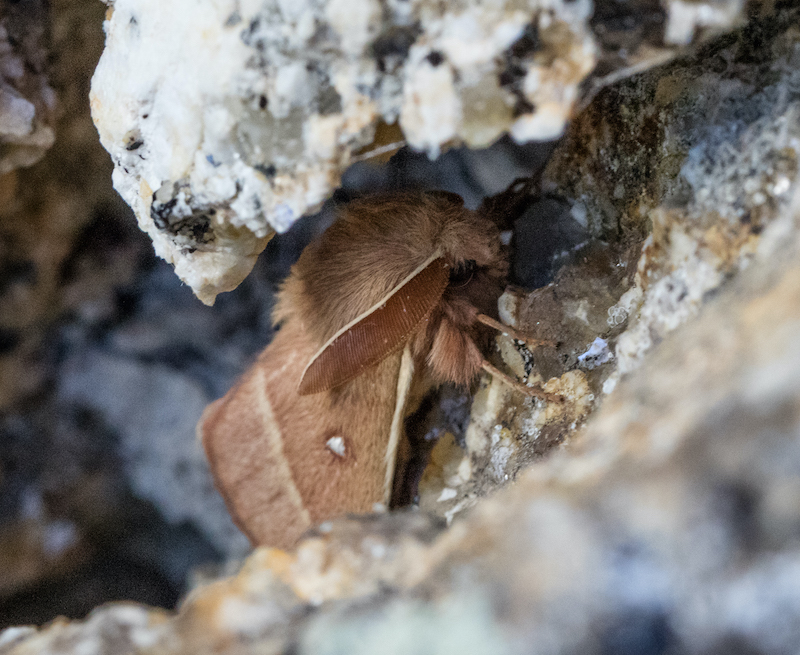 What looks like a bird dropping turns out to be a pretty little white moth camouflaged to look just like bird poop! Examining the enlarged photographs is both exciting and enlightening. 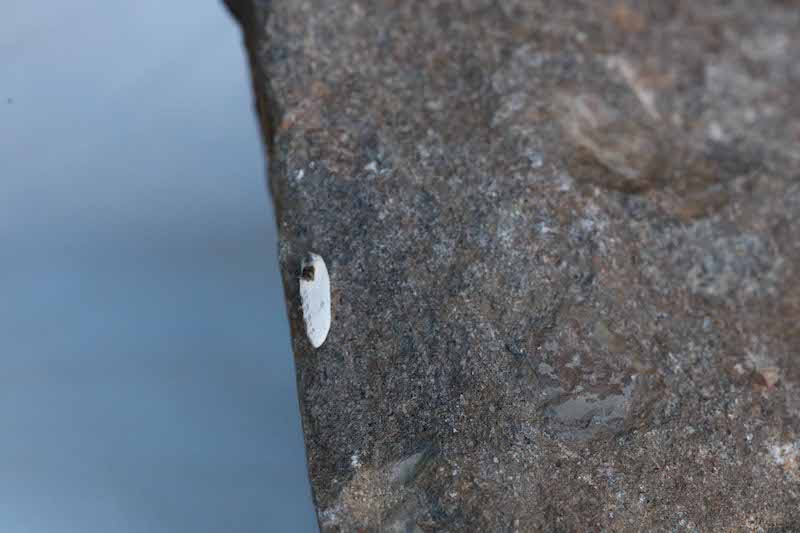 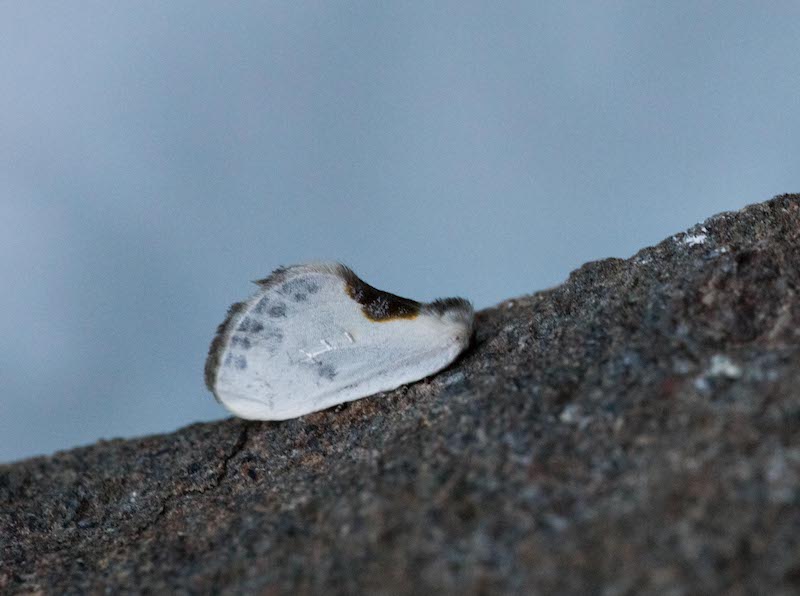 There are 160,000 species of moths in the world compared to just 17,500 species of butterfly. In fact in the UK and Ireland there are more day flying moths than there are butterflies so there is no need to wait until after dark to see many of these fascinating creatures. I hope this has article has whet your appetite to learn more about moths as they truly deserve the name Butterflies Of The Night. 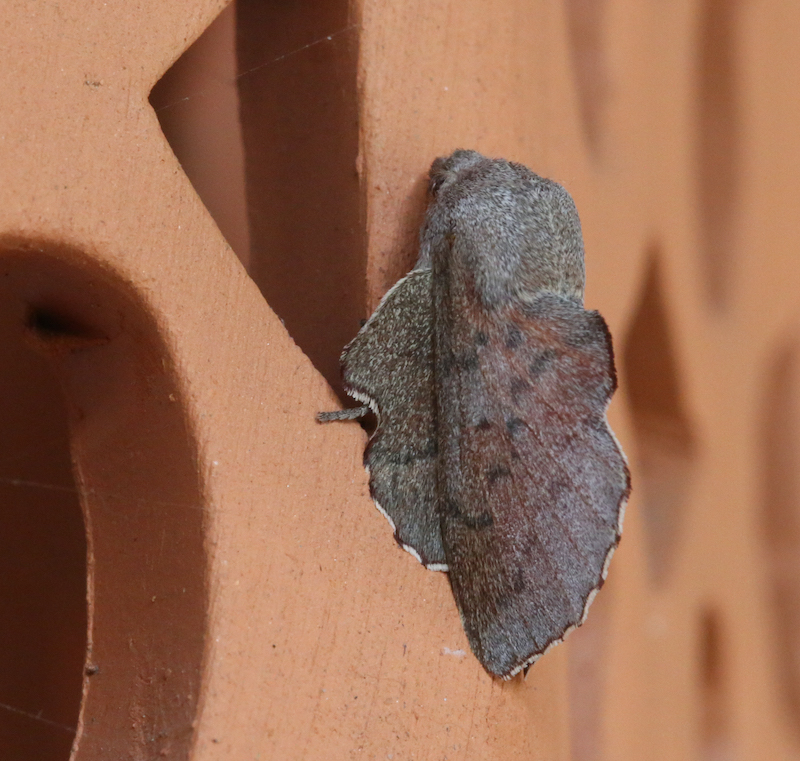 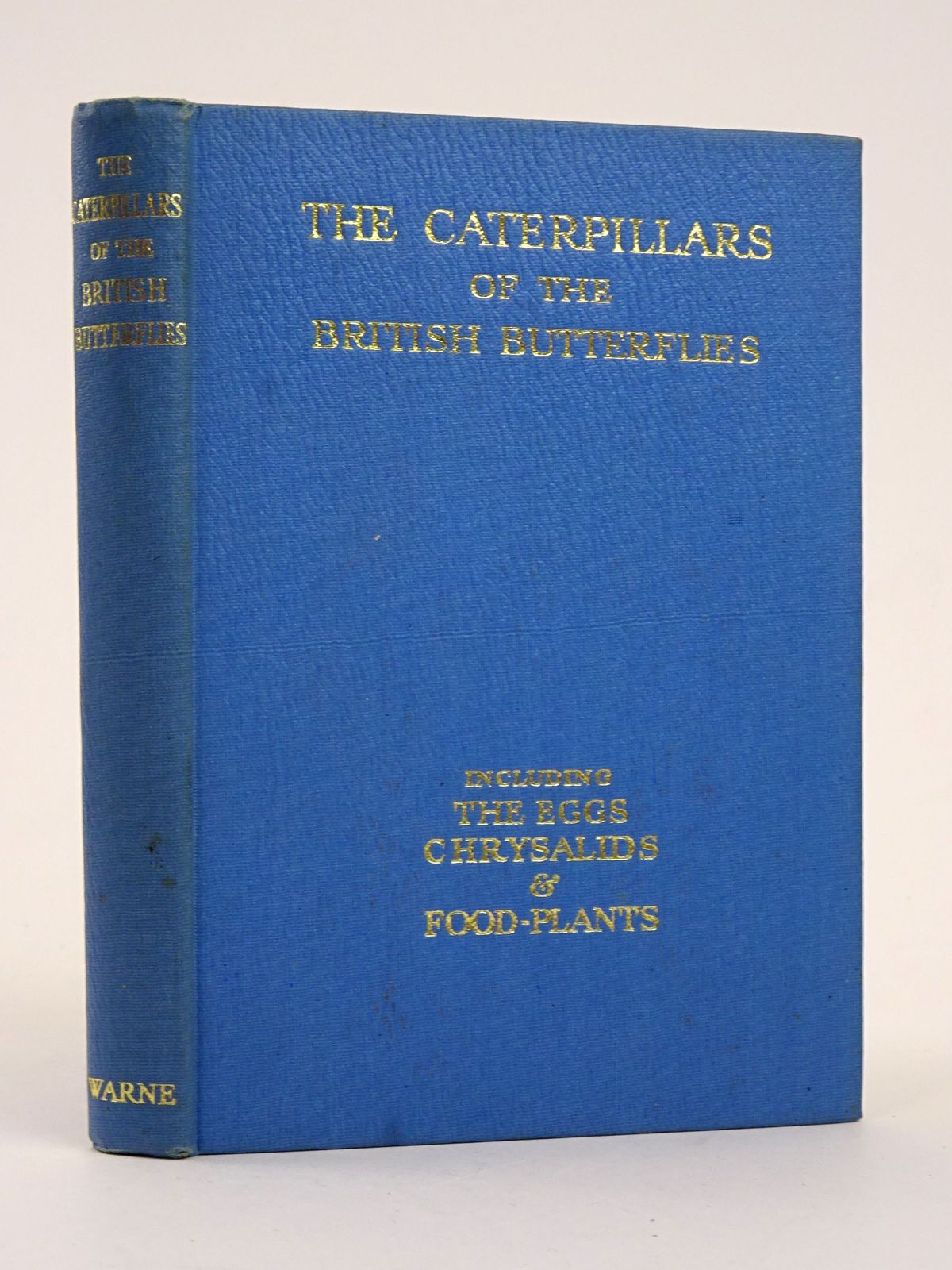 THE CATERPILLARS OF THE BRITISH BUTTERFLIES INCLUDING THE EGGS, CHRYSALIDS AND FOOD-PLANTS
Stokoe, W.J.. Stock no. 1818329
Published by Frederick Warne &amp; Co Ltd.. 1961. Very good condition. 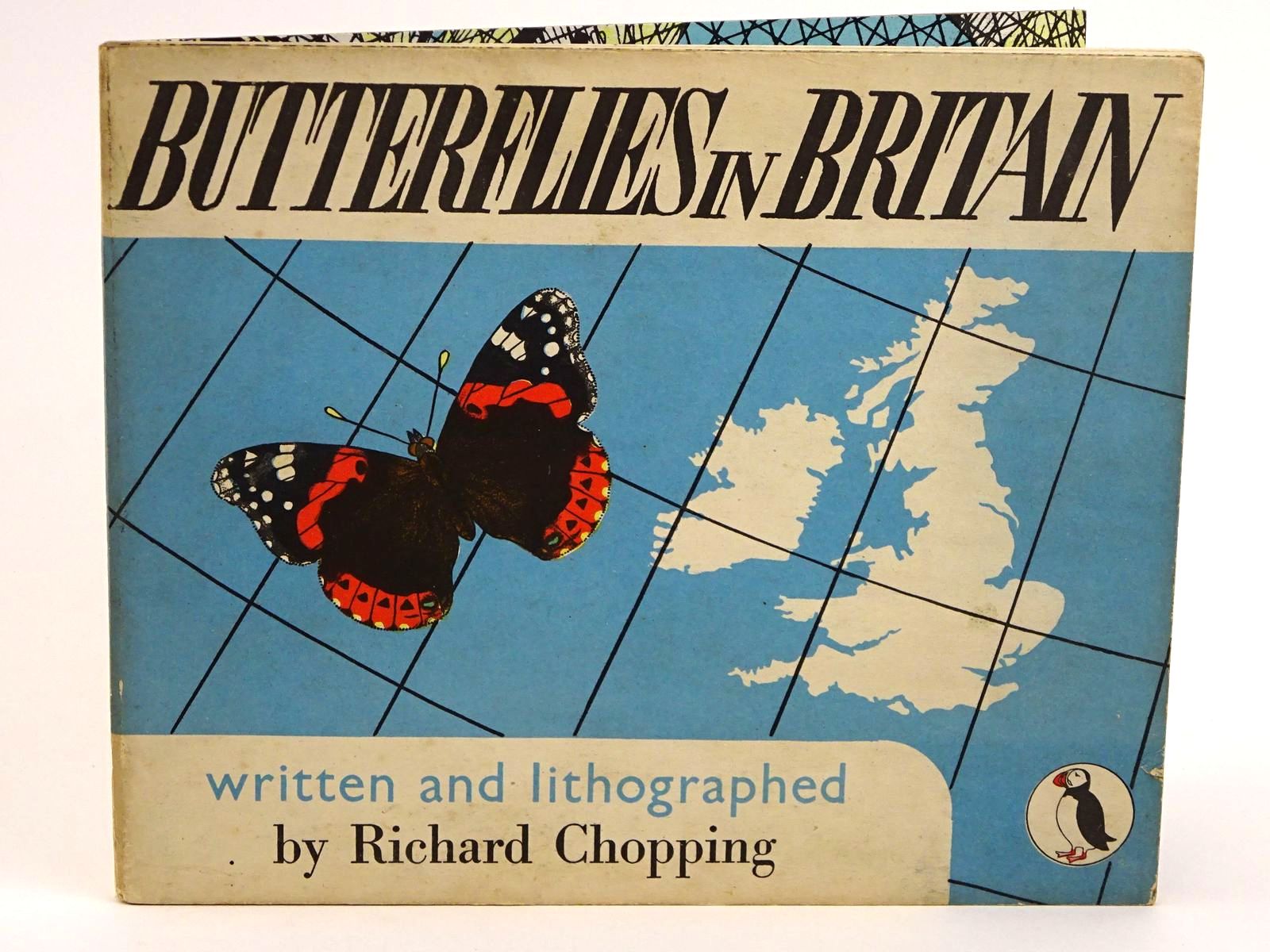 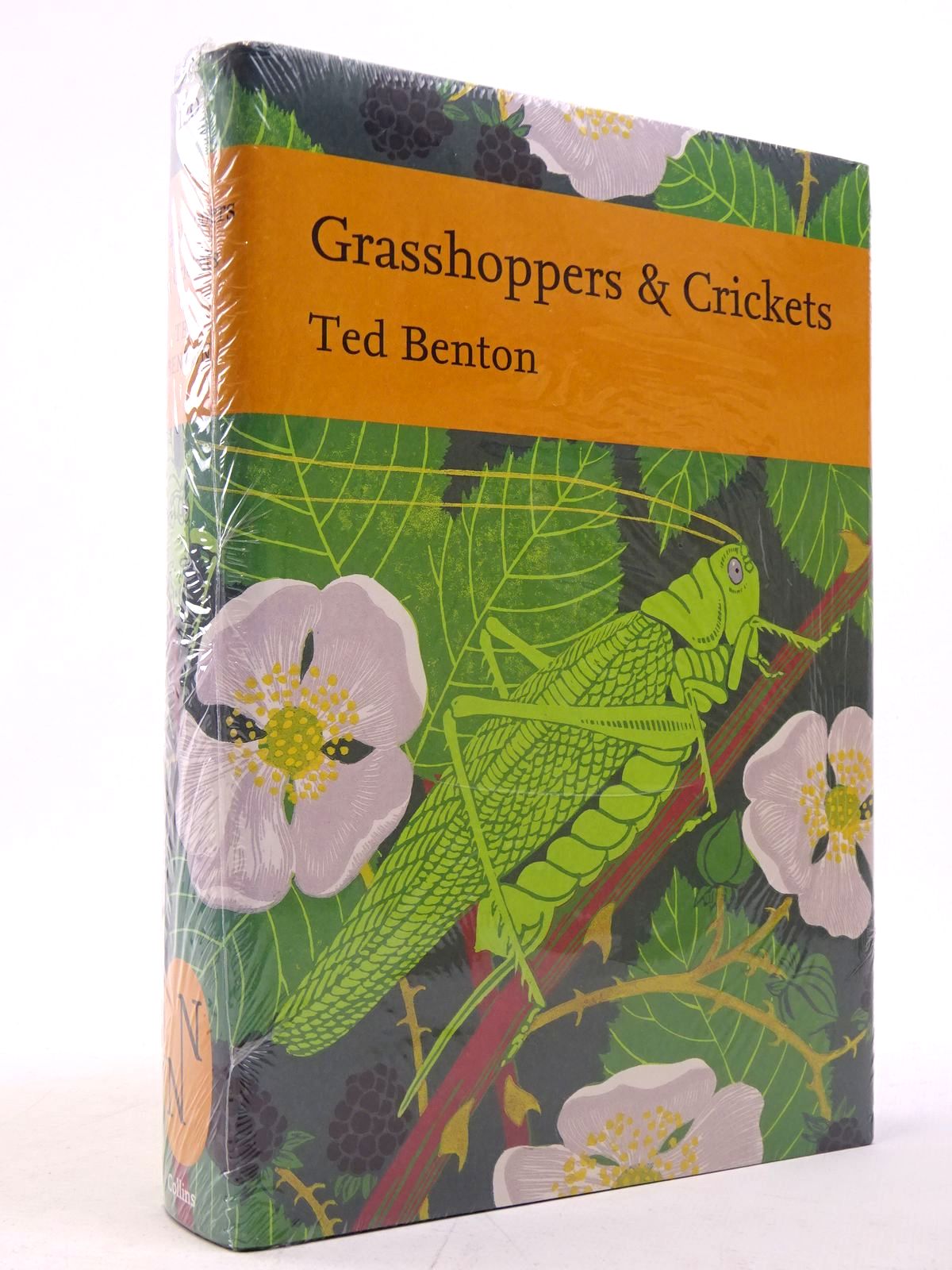 GRASSHOPPERS &amp; CRICKETS (NN120)
Benton, Ted. Stock no. 1817552
Published by Collins. As new condition in a as new dustwrapper. 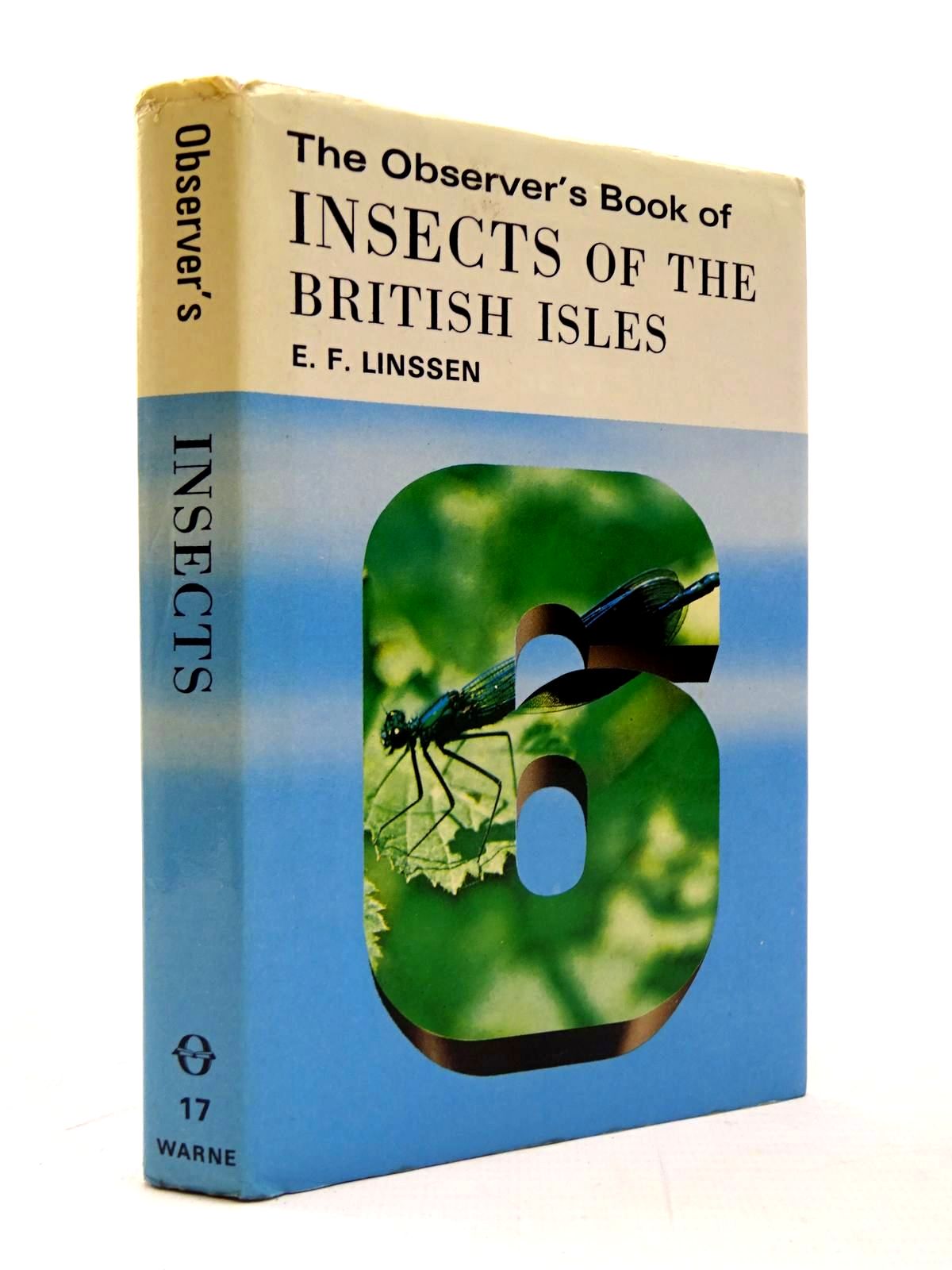 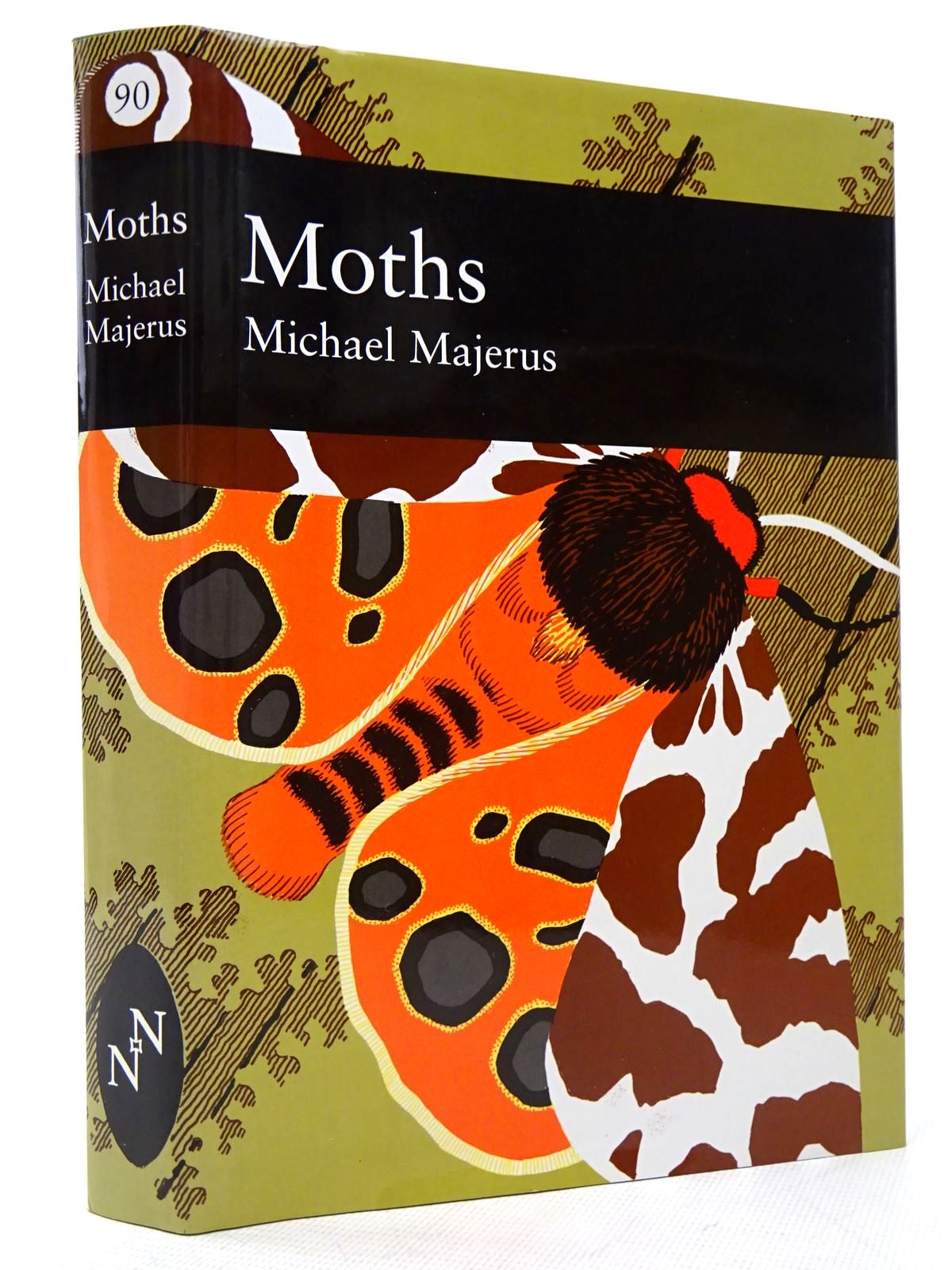 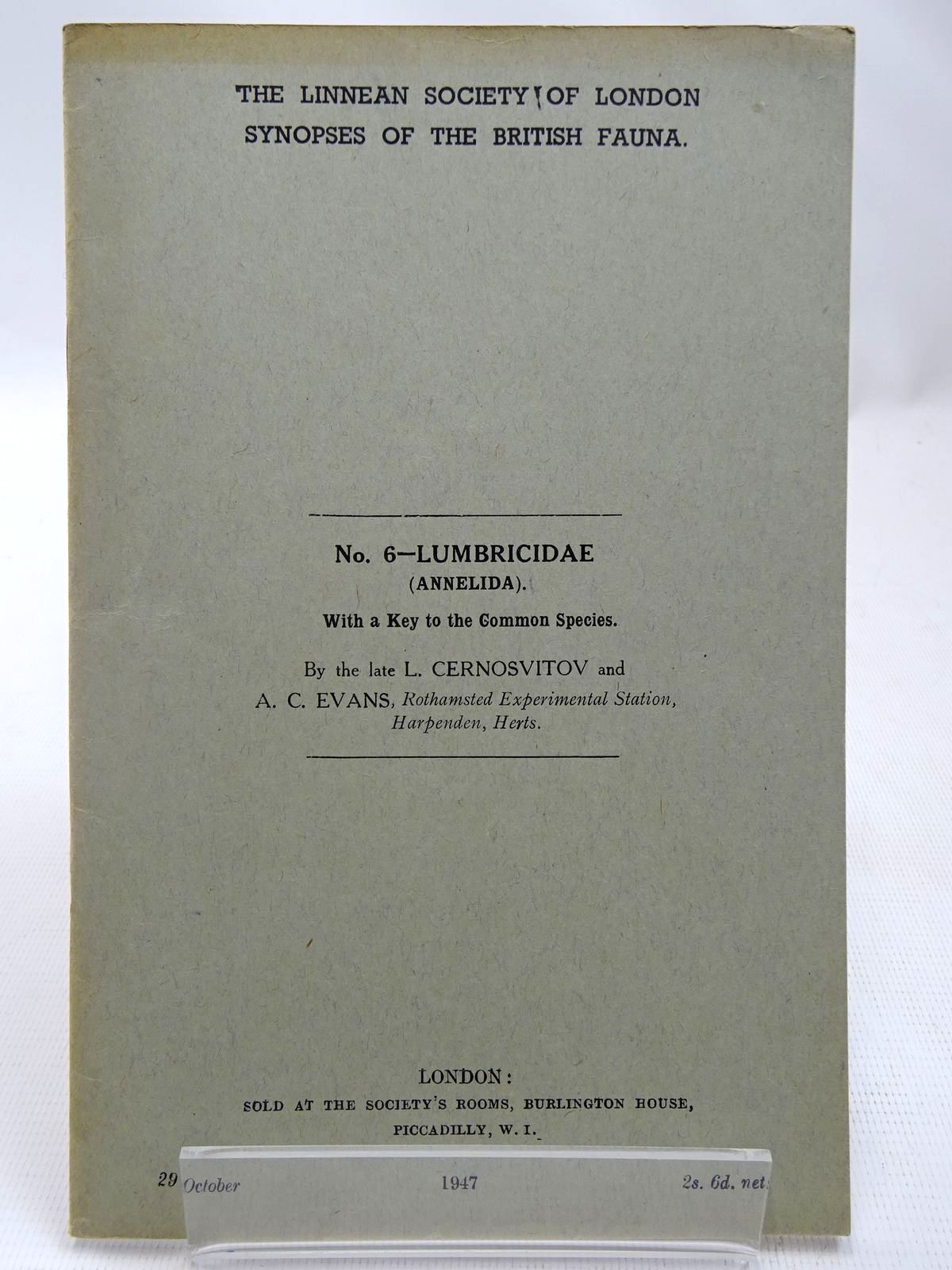 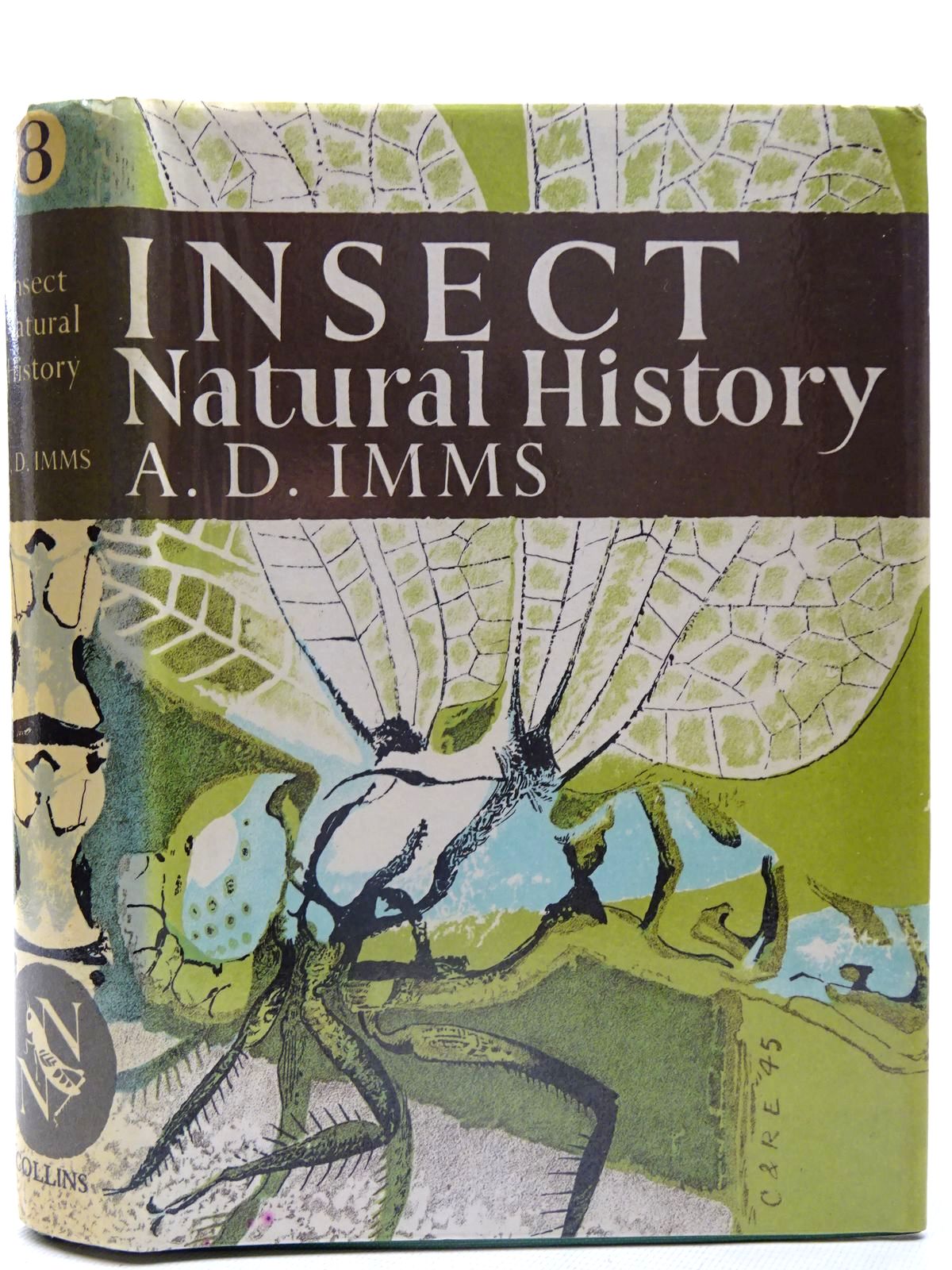 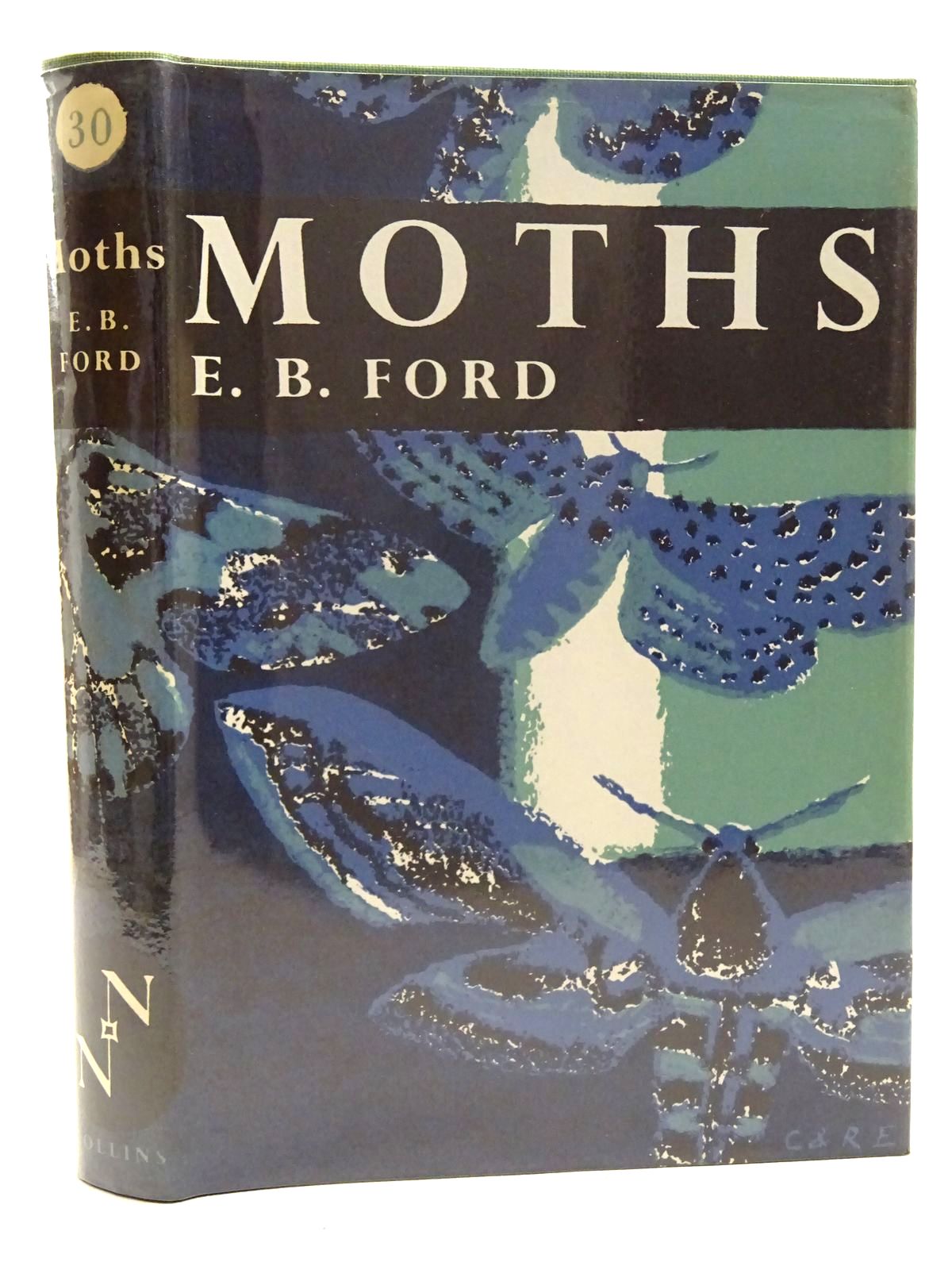 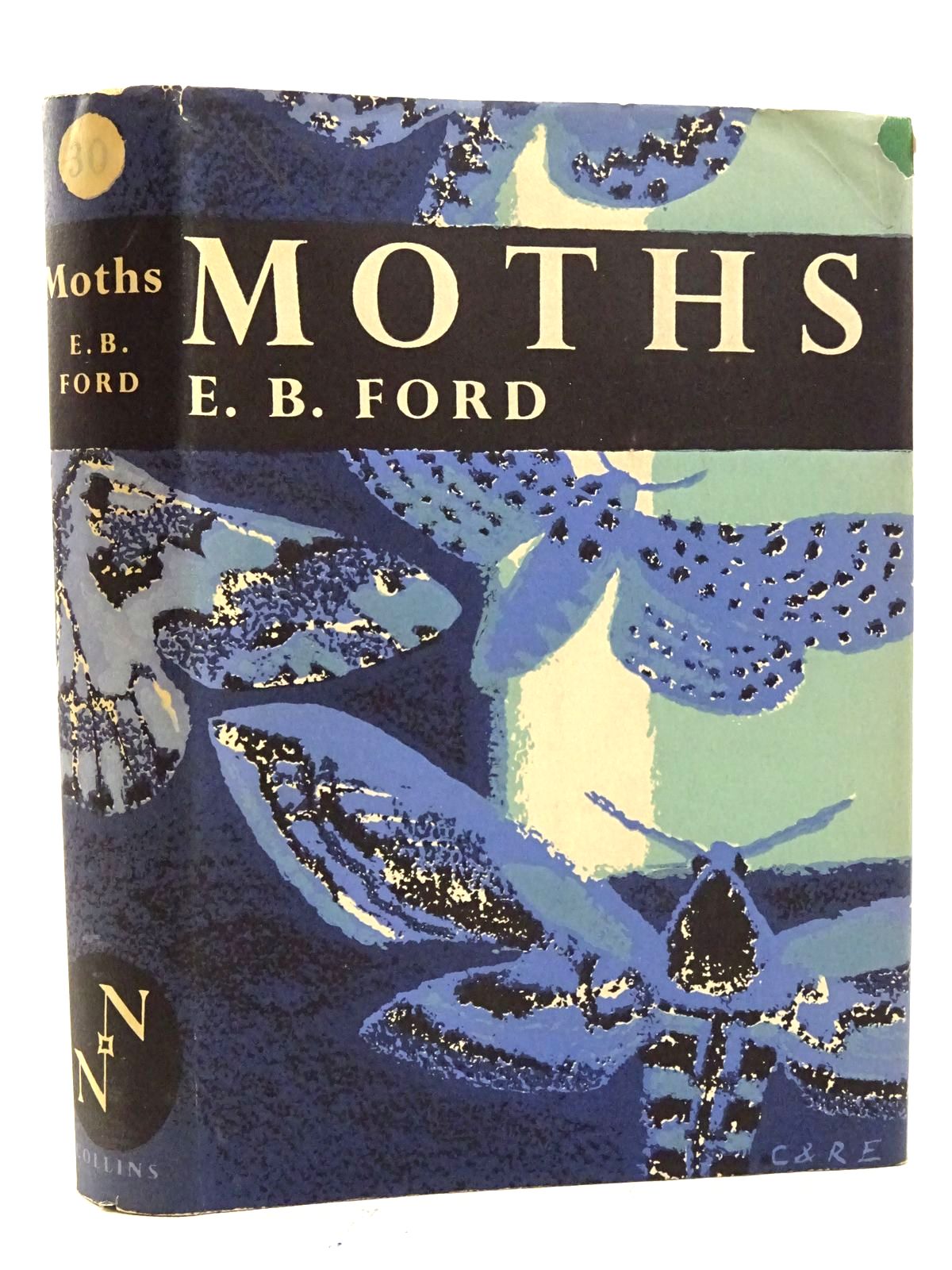 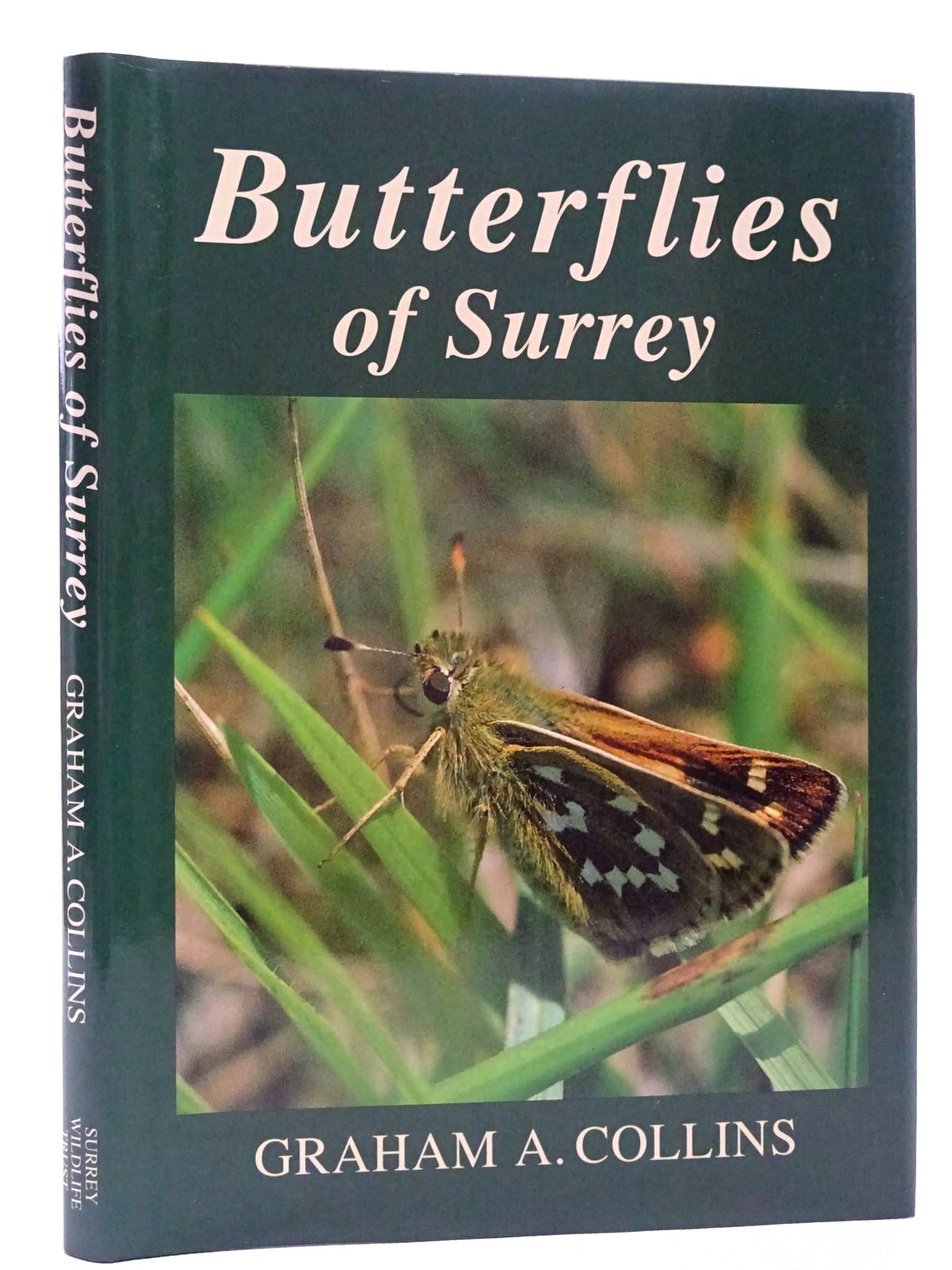 BUTTERFLIES OF SURREY
Collins, Graham A.. Stock no. 1815914
Published by Surrey Wildlife Trust. 1st 1995. Fine condition in a fine dustwrapper. 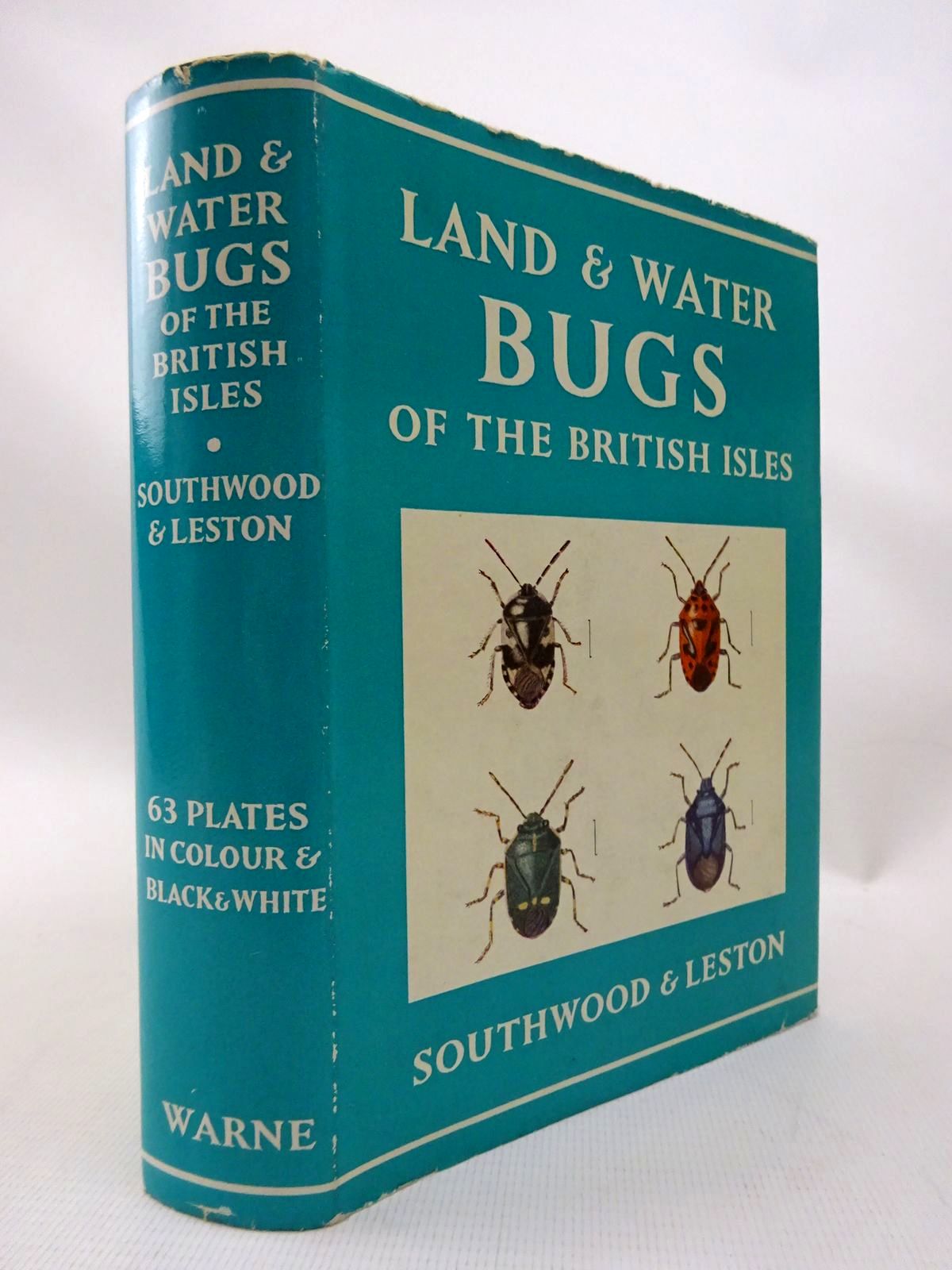 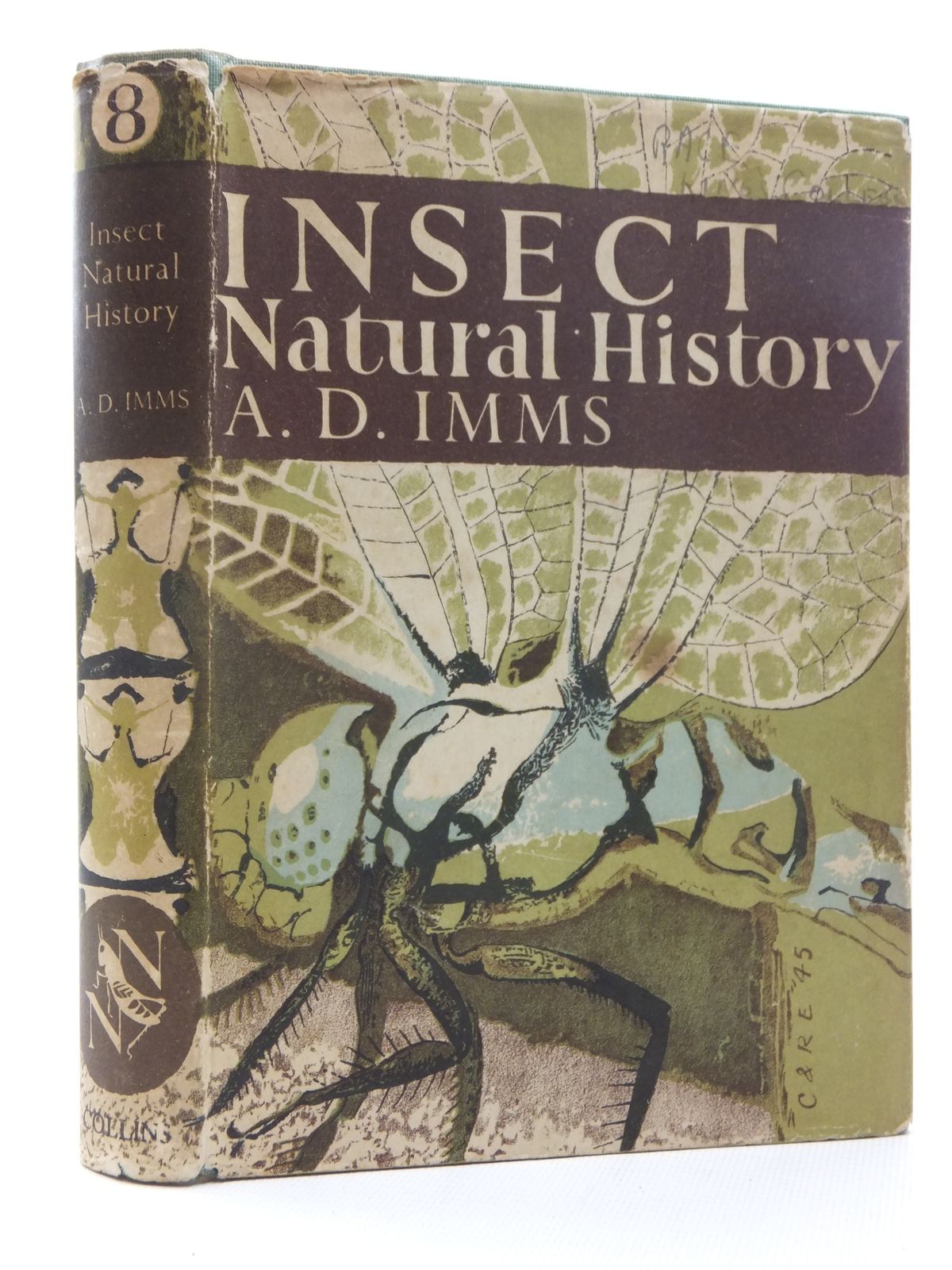