Being a keen cyclist – and having recently moved to Chepstow – I was excited to hear about the new Wye Valley Greenway. It opened on the 1st April 2021 and having walked it a couple of times I thought I’d share a little information about it! 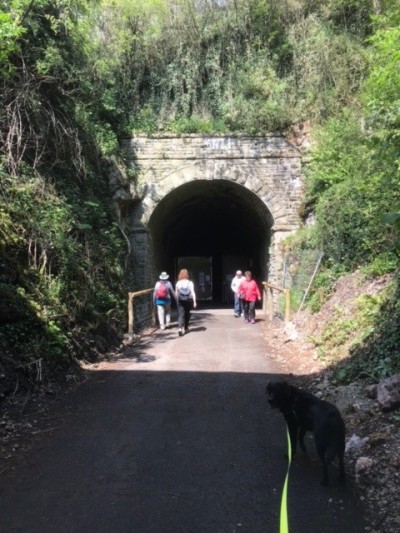 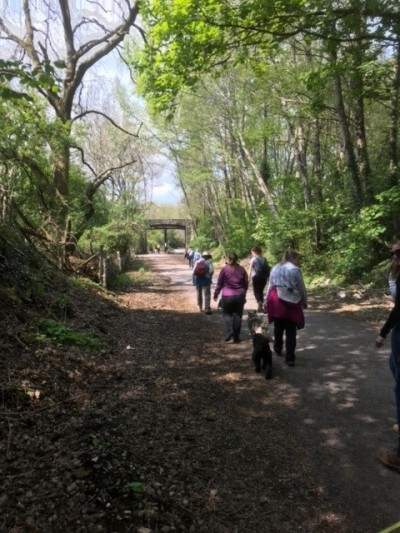 The line closed to passengers on 5th January 1959 having, throughout its life, struggled to make any profit. Freight traffic continued along the line until 6th January 1964, when all but a short section of the line from Chepstow to Tintern Quarry (which is about 3 miles south of Tintern) closed. This short section remained open until 1981. Then only a very short section to Day House Quarry was left and this finally closed in 1990. Today Day House Quarry is the home to the National Diving Centre.

The cycle way officially starts in Sedbury, adjacent to Wyedean School. After a short section of footpath and quiet country lane it uses the old railway route, passing the National Diving Centre before heading through Tidenham tunnel and then on to Tintern. On arriving in Tintern, it uses the branch line and the existing branch line bridge over the river to take you into the village of Tintern. 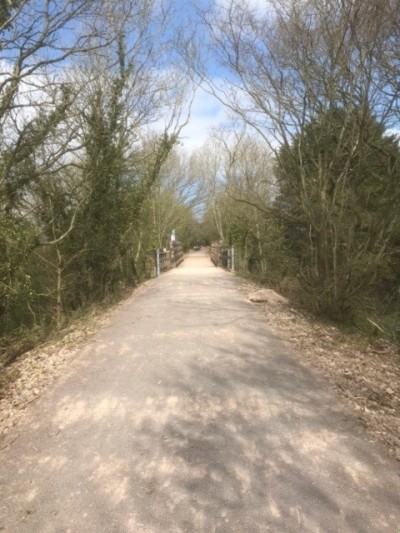 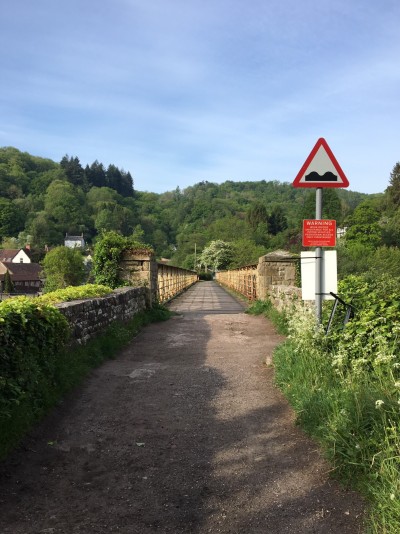 Interestingly, in Adam’s 2014 article, he mentions that there have been plans for many years to turn the old railway into a cycle path and he mentions some of the obstacles. It’s really great that the southern section has finally been opened.

I can find little information about the inception of the project. The project has been run by Greenways and Cycleroutes. They have co-ordinated volunteers, planning applications, access to land, etc. There is a fascinating section about the cycle way on their website that gives you details of the route as well as a glimpse of all the incredible effort that went into the project. 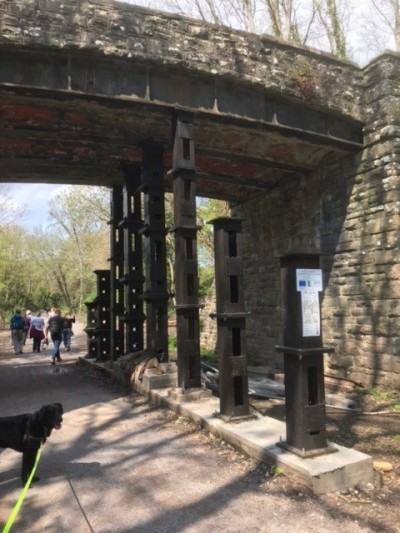 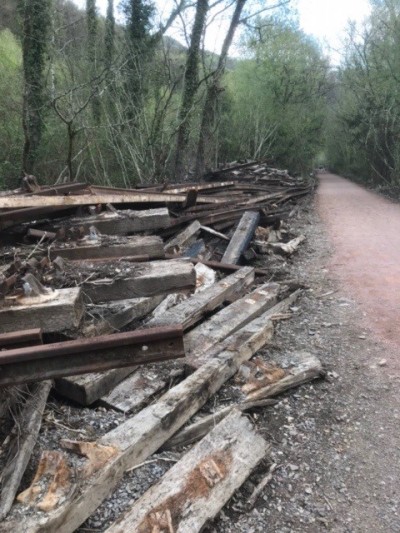 With my bike still in storage following our move, I was forced to resort to walking the 5 mile route! But I’m not complaining – it’s a very pleasant stroll and you definitely see more on foot than on two wheels. Living within walking distance of Wyedean School, we were able to start the walk from home. Once we reached the end of Sedbury Lane and  joined the railway line the extent of all the hard work was evident. The track is excellent and plenty wide enough for walkers and cyclists, although if you’re cycling the path please make sure you have a bell – you’ll need it! 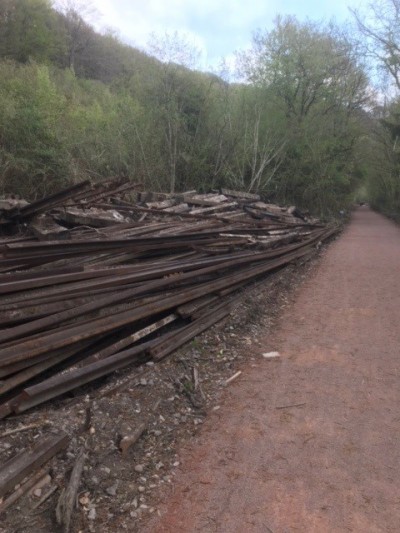 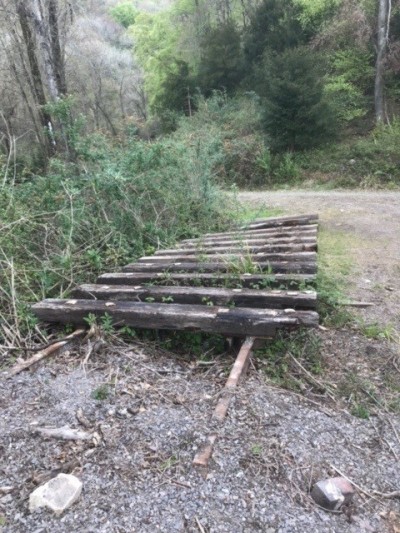 We soon passed the Diving Centre where you can stop for refreshments if required. Avoiding this temptation we pressed on to the tunnel. It was fascinating to see various bits of railway paraphernalia lying alongside the track bed – reminders that rails were still present when work on the cycle route started. The tunnel itself is amazing to walk through. Due to the current residents (bats) the lighting is very subdued and torches or bike lights are prohibited. But there is more than enough light to make your way through the mile long tunnel. Look out for the ventilation shaft half-way through! 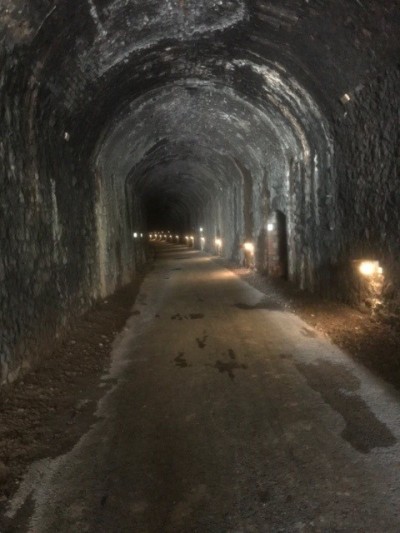 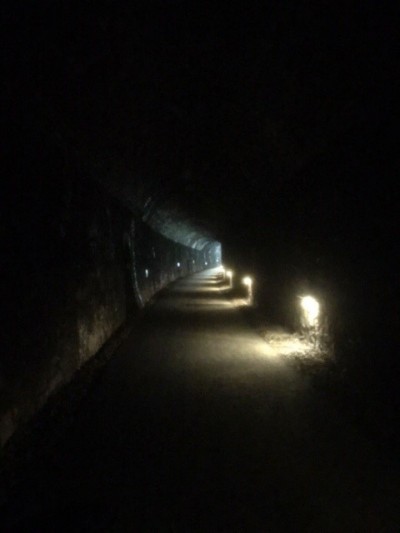 Once out of the tunnel, the rest of the route is uneventful. You pass the old Tintern Quarry that the line served until 1981. There are beautiful views over the river and up and down the valley that can be seen through the trees as the route winds along the hillside. 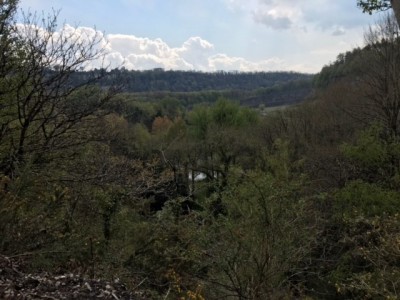 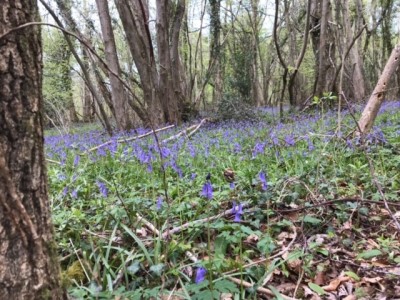 Just before you reach Tintern, you pass the entrance to the Tintern Tunnel. This shorter tunnel cuts though the hill before the railway crossed the river and entered Tintern station.  Sadly, this bridge is gone making connection to the station challenging! Maybe a future project? In the meantime, the old branch line takes you over the river and into Tintern where we enjoyed a well-earned coffee at The Filling Station café. Stella Books is a few hundred meters down the road in the Monmouth direction. A word of caution for cyclists with road bikes – the track is not made up on this last section so would have to be negotiated with care.

We decided to walk back but there are also regular buses to Chepstow if you don’t fancy making the 5 mile walk into a 10 mile walk!

If you enjoy walking or cycling and are in the area, why not give it a try? It makes for a super day out – and why not pop and visit us when the shop eventually re-opens to the public. 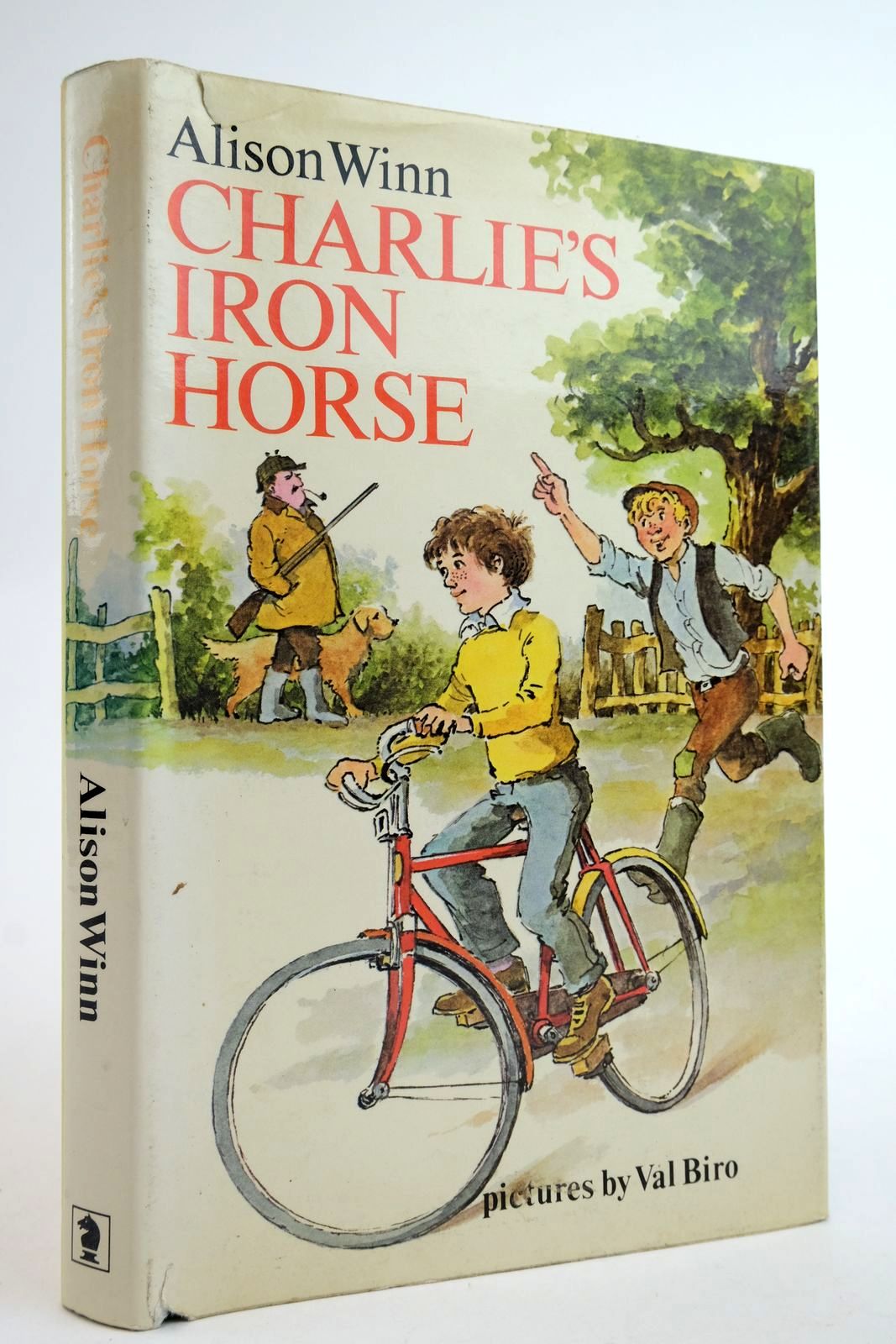 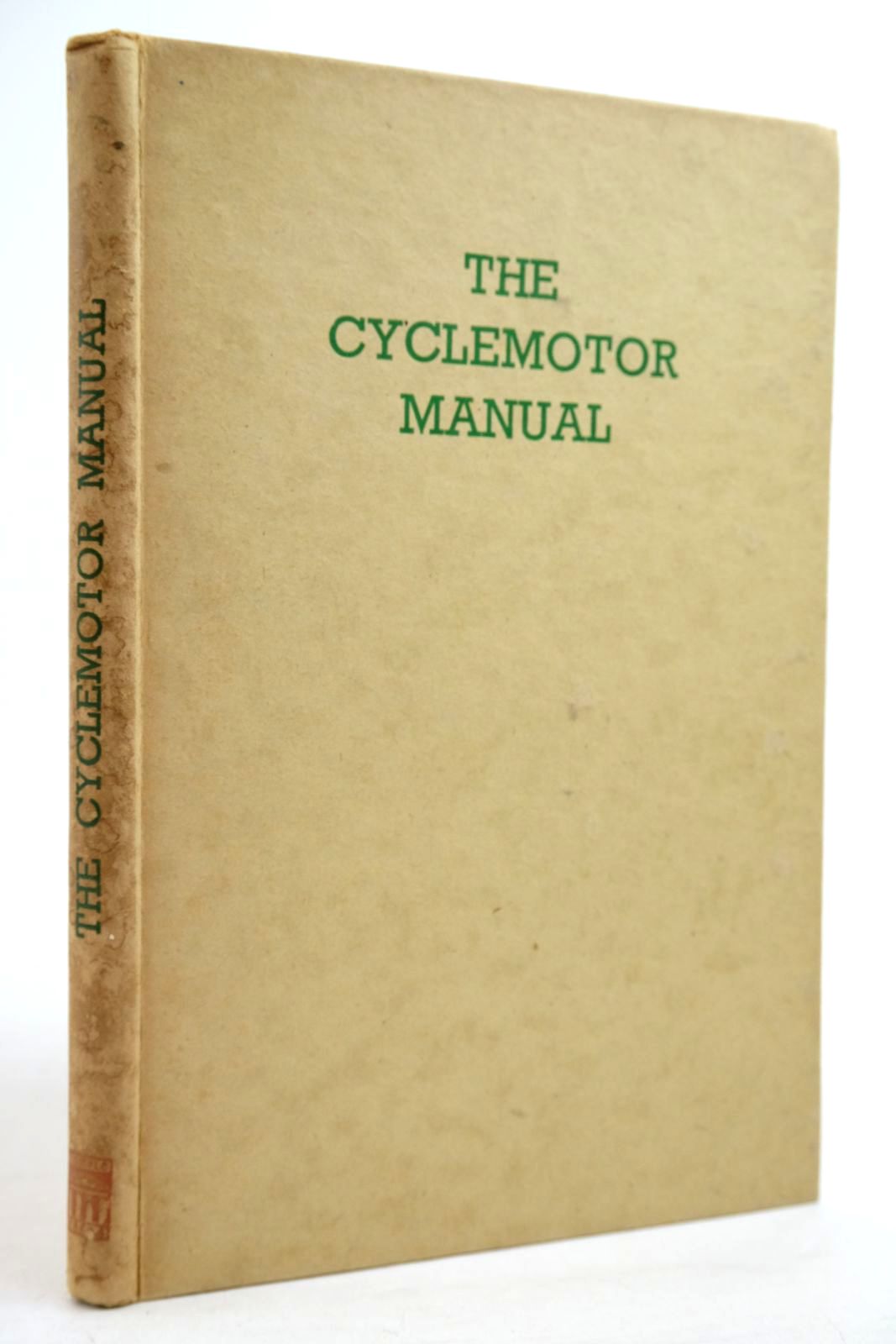 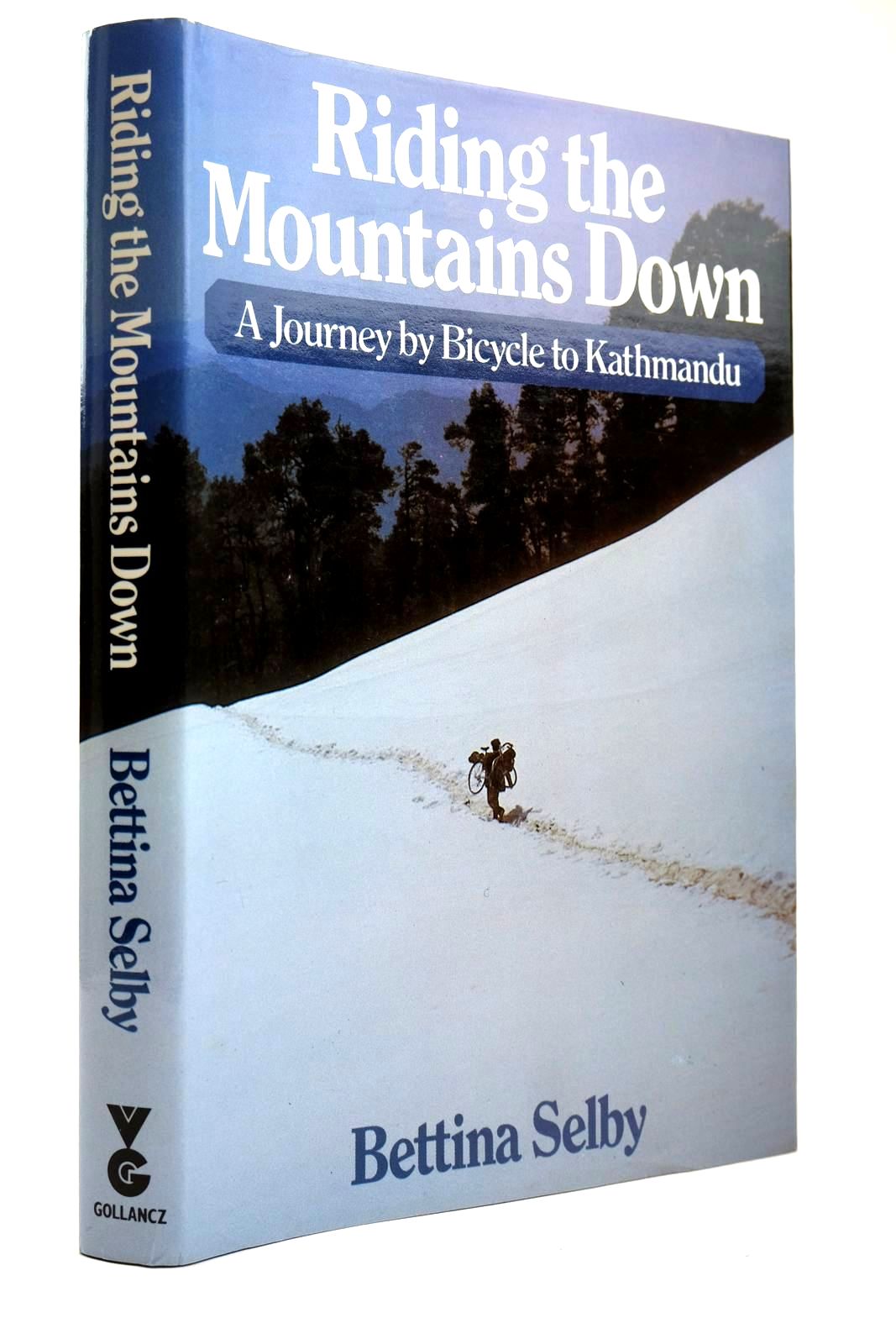 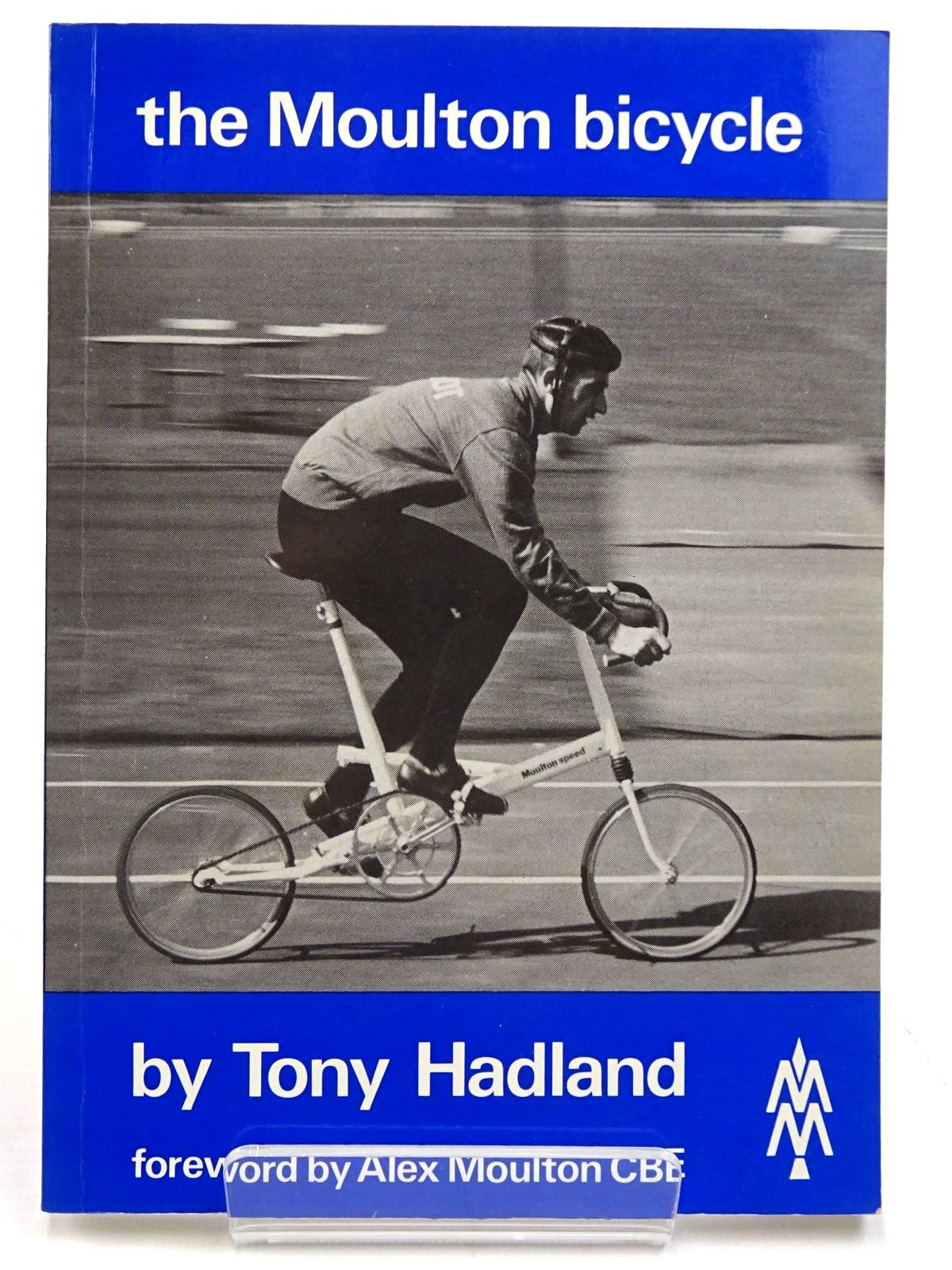 THE MOULTON BICYCLES
Written by Tony Hadland. Stock no 2131233. 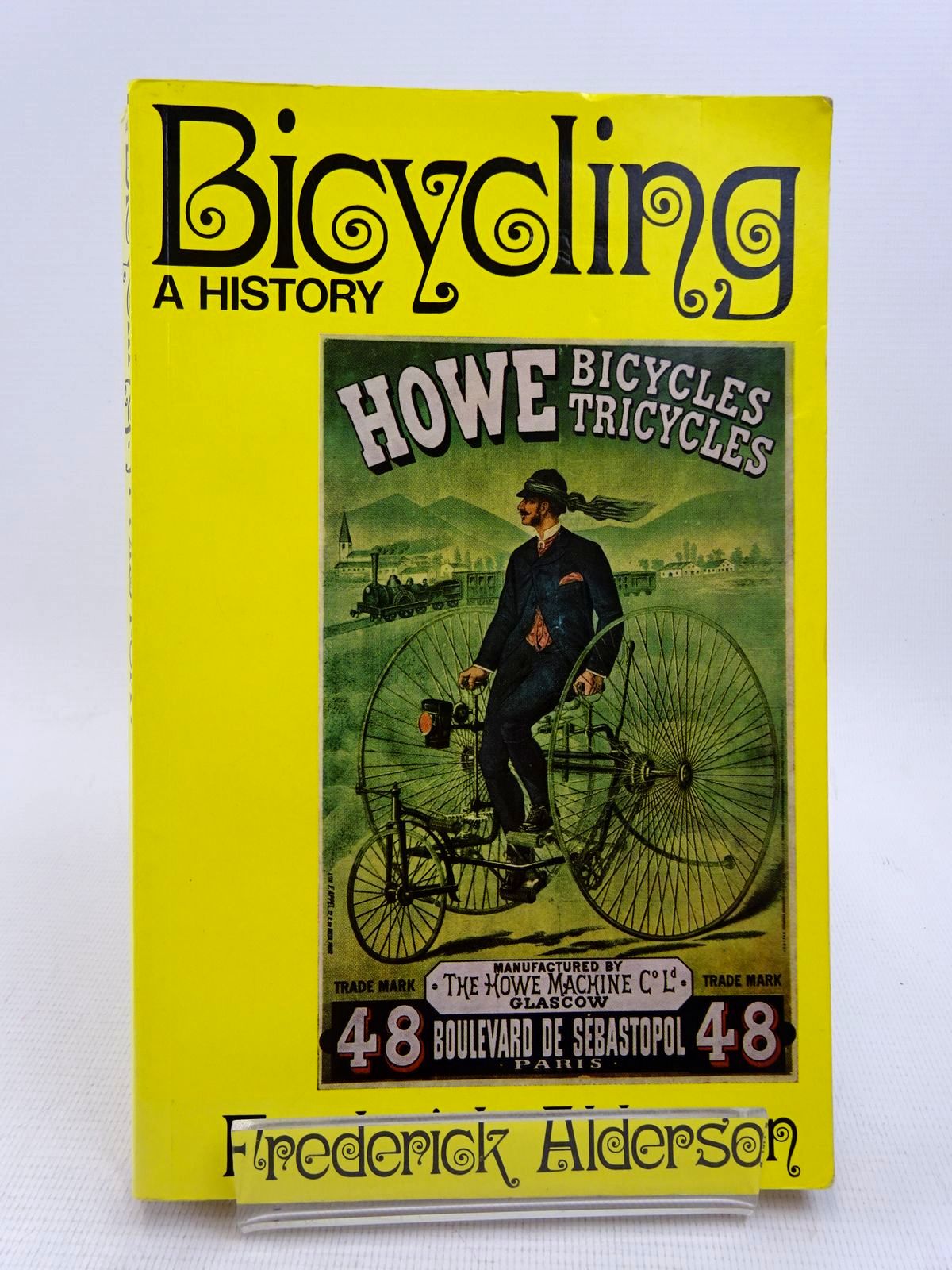 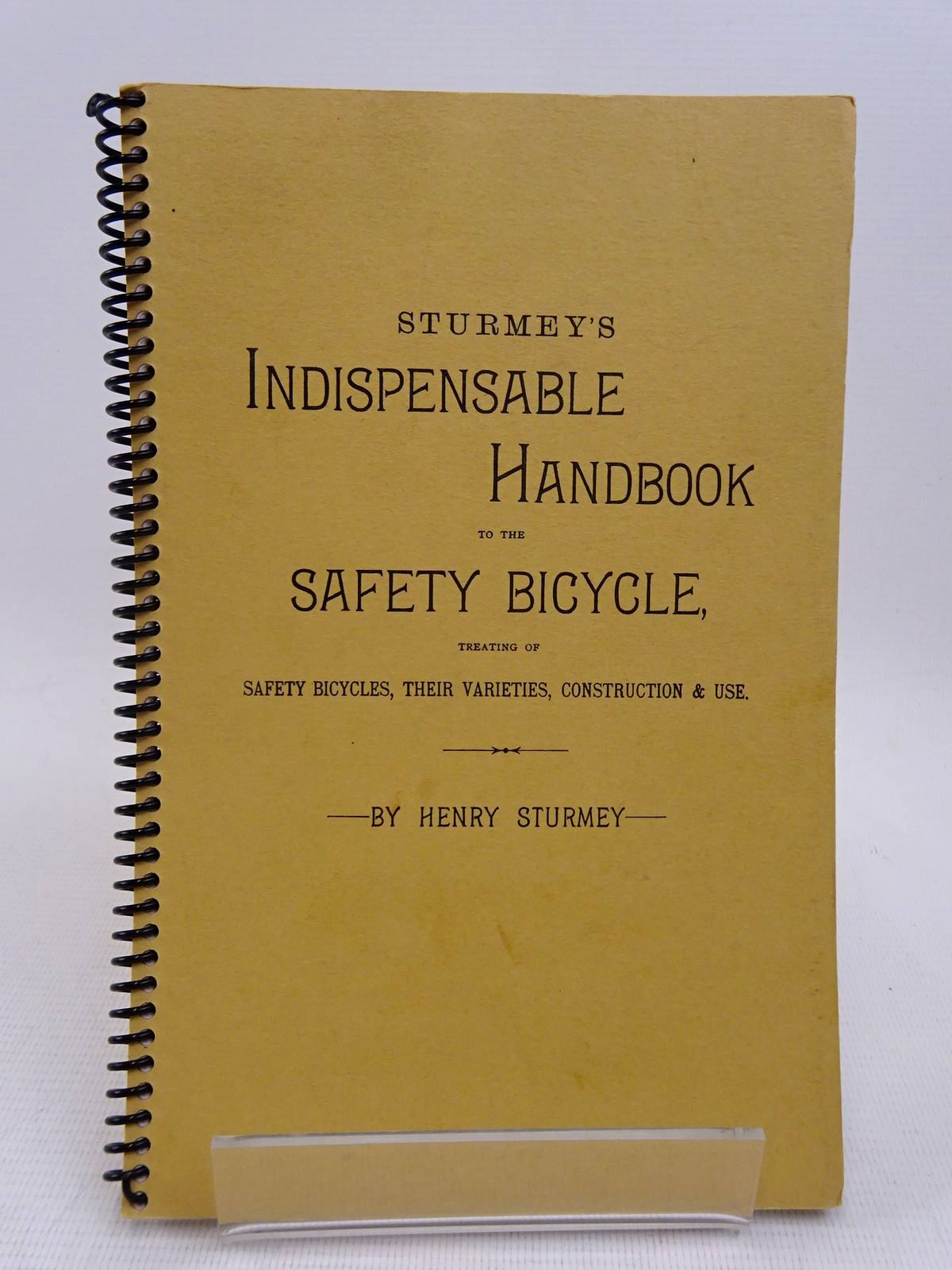 STURMEY'S INDISPENSABLE HANDBOOK TO THE SAFETY BICYCLE
Written by Henry Sturmey. Stock no 1817060. 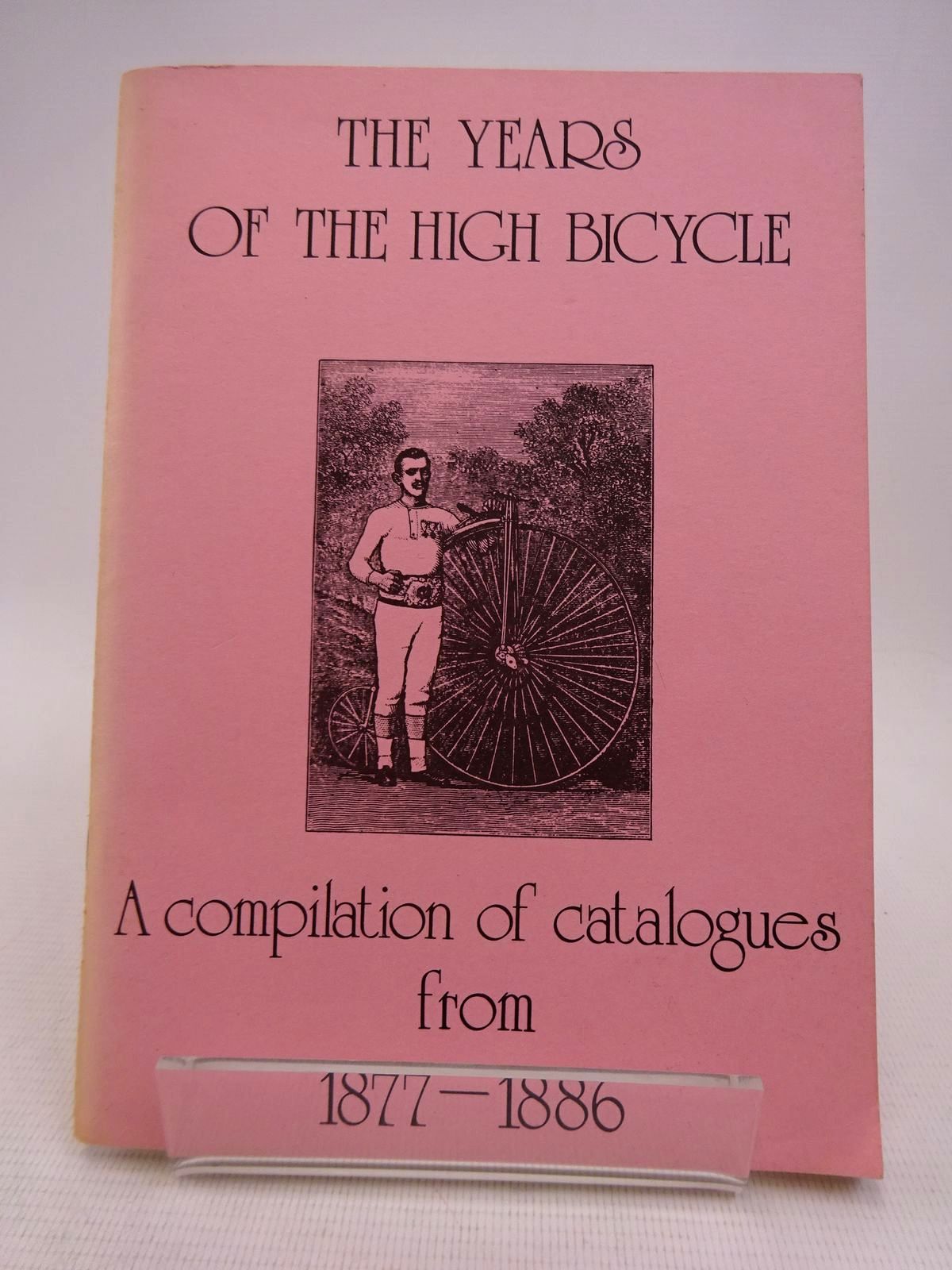 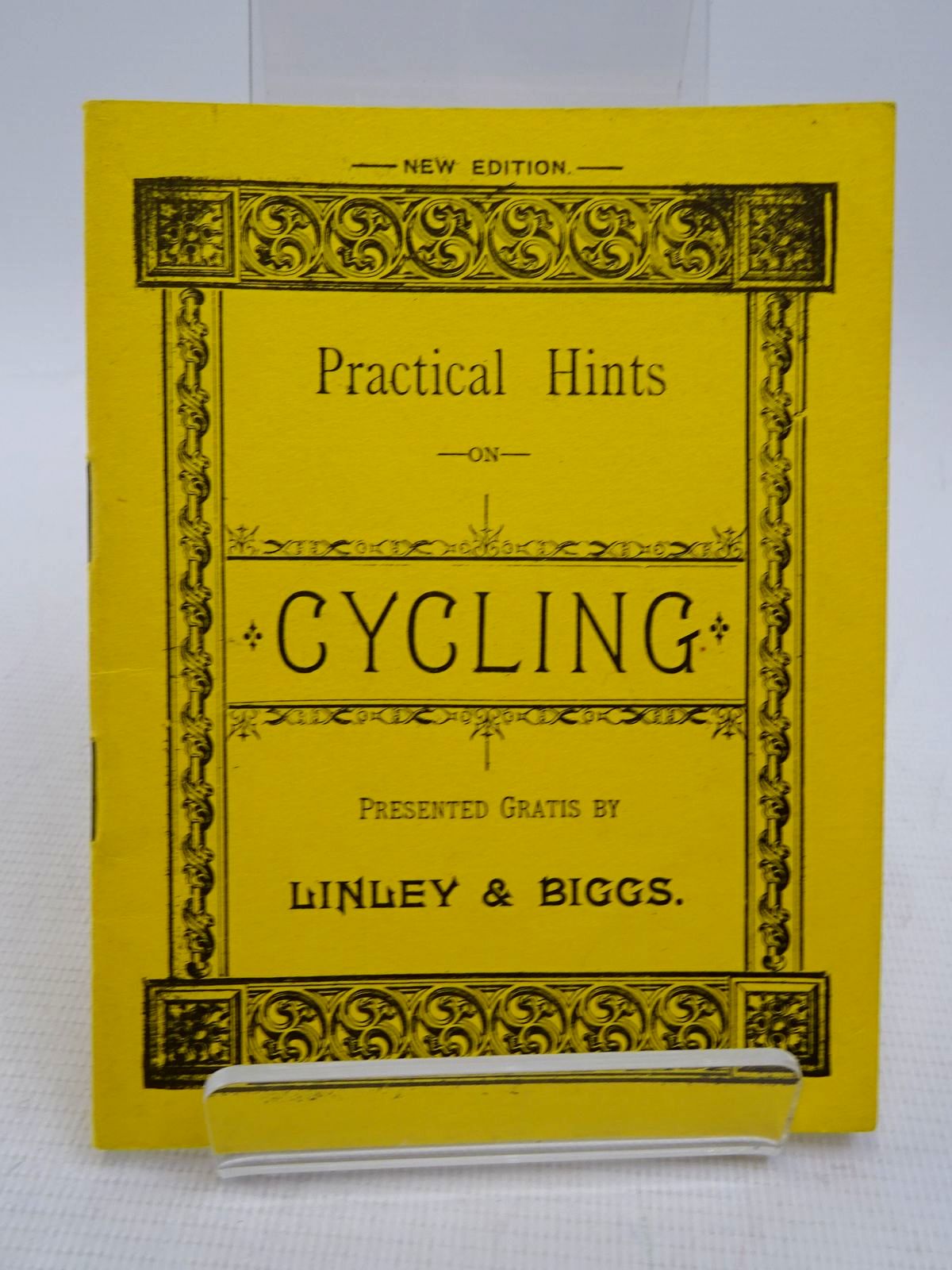 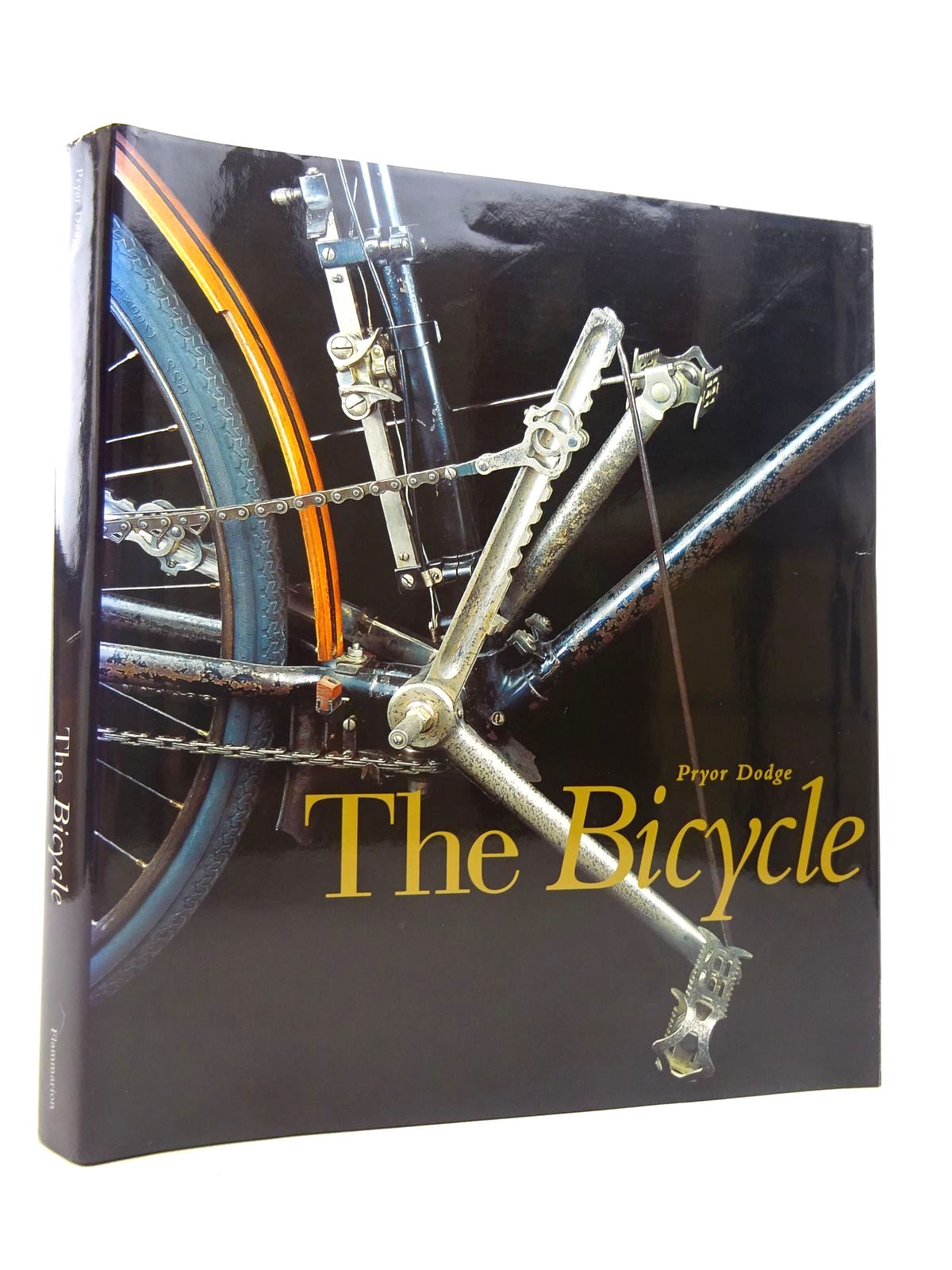 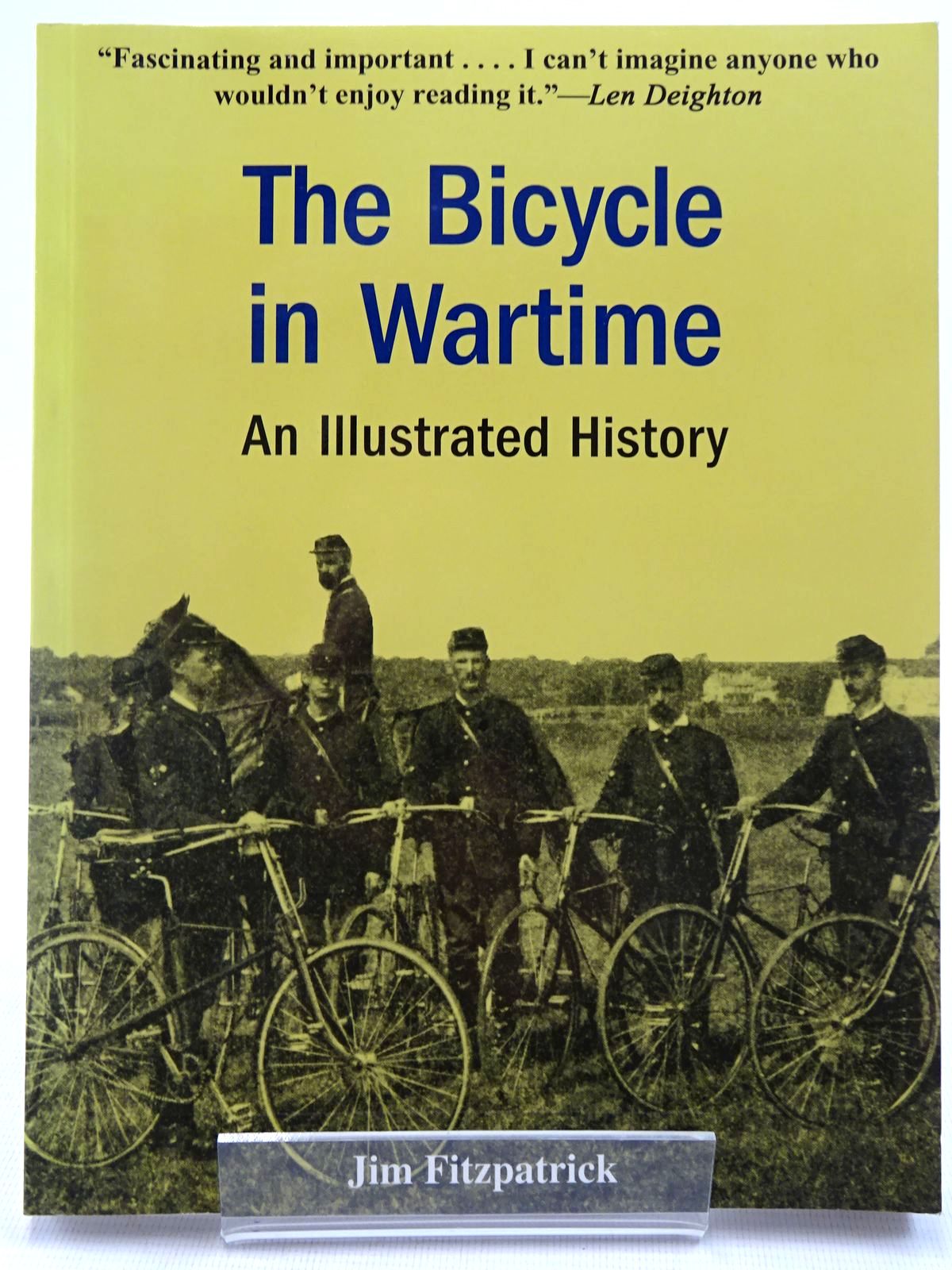 THE BICYCLE IN WARTIME AN ILLUSTRATED HISTORY
Written by Jim Fitzpatrick. Stock no 2129009. Published by Brassey's. 1ST. 1998. 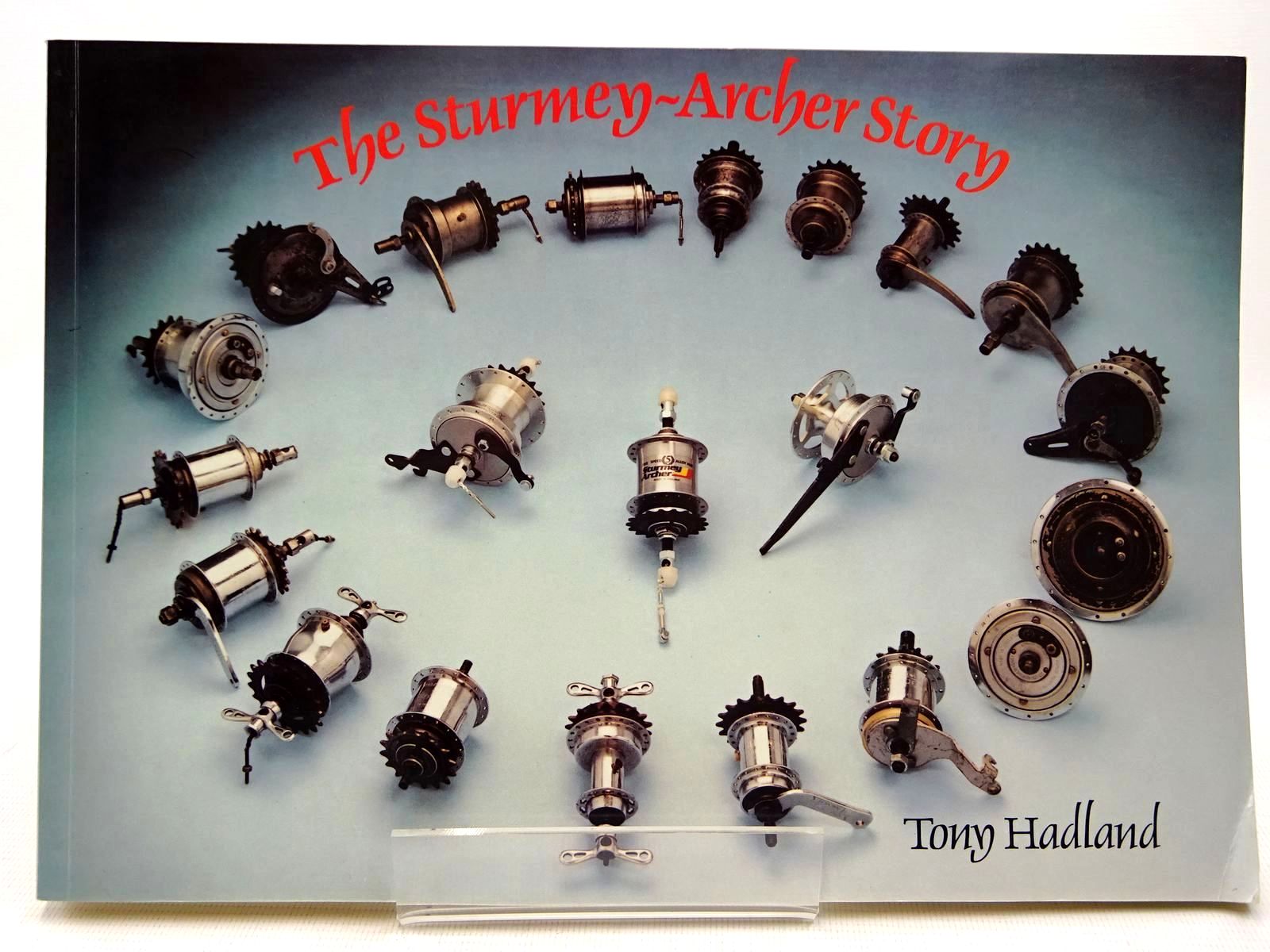 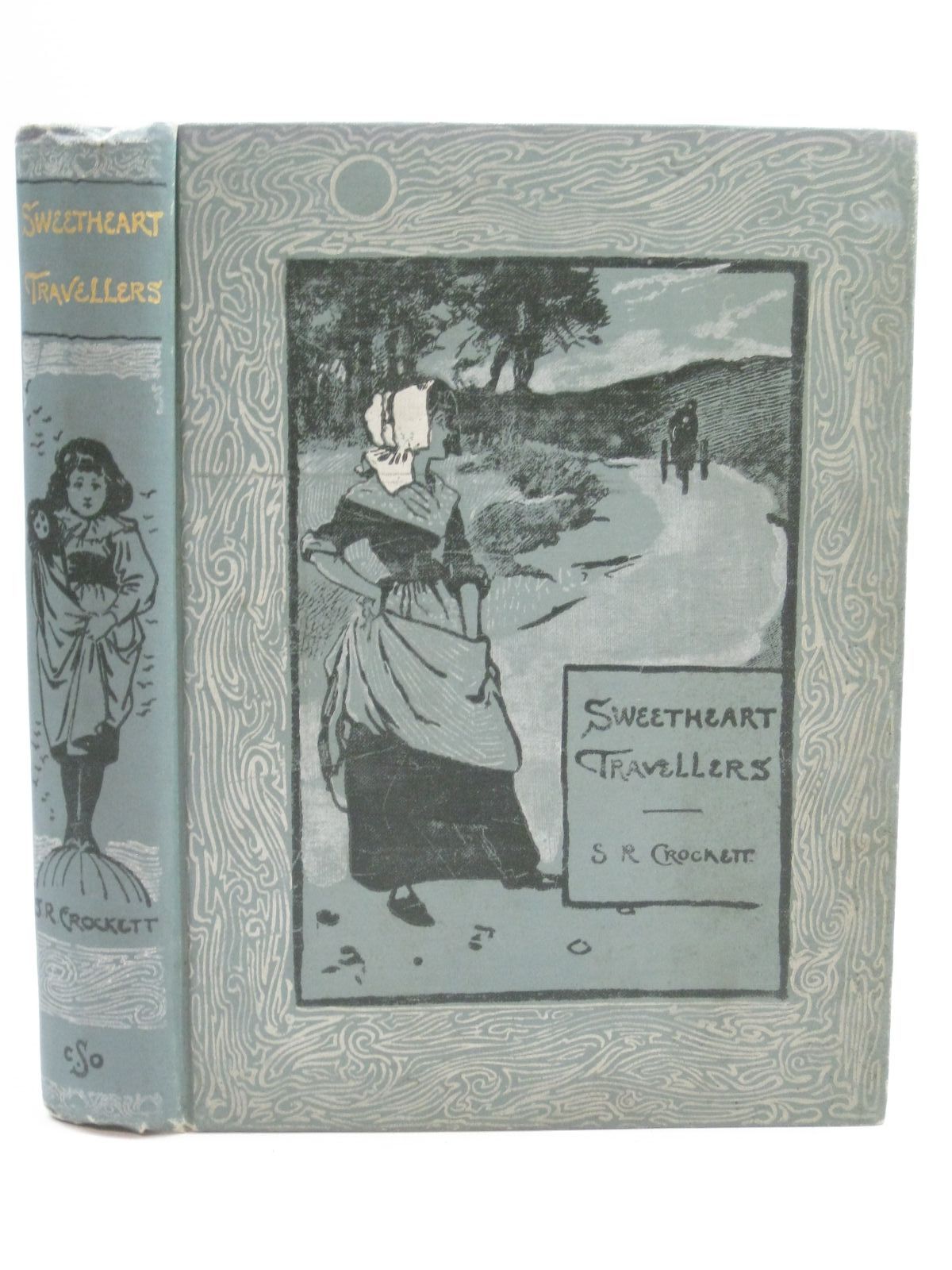