The Ship That Sailed to Mars by William M. Timlin 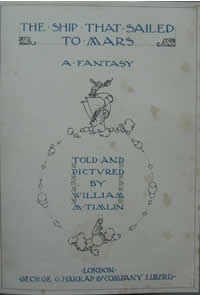 William M. Timlin who wrote and illustrated this book was born April 1892. He showed a great gift for drawing at Morpeth Grammar School and won a scholarship to the Armstrong College of Art in Newcastle. In 1912 he emigrated to South Africa where he remained for the rest of his life 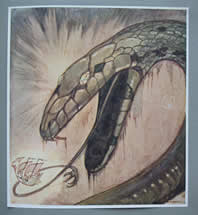 Timlin first concentrated his artistic efforts in the field of landscape, and his pictures in the genre, pastels, oils and etching proved popular when shown in one-man exhibitions. He was soon in regular demand as an illustrator for local magazines and publishing houses, providing work for volumes of plays and poetry, and several travel books. He also showed a flair for writing stories and music.

Timlin's masterpiece The Ship That Sailed to Mars took him two years to complete. It was originally begun as a diversion to amuse his son in 1921. The project grew until its final completed form containing 48 pages of superbly calligraphed text lithographed in three colours, and 48 wonderfully imaginative colour plates reminiscent of the work of Arthur Rackham, Edmund Dulac and W. Heath Robinson.

The book is divided into three parts. Part one shows the planning, building, launching and departure of the ship. Part two describes its weird and wonderful journey to mars including its encounters with monsters, meteors, Eden's Serpent, air sprites, the star of classic myths, the seven sisters and many other delights. Part three details the arrival on Mars itself and follows the company's adventures in and around the palace gardens, the iron hills, thunder city, and the Temple, ending with the finished palace of the princess. "...in an instant, with distended jaws opened to engulf them, the head of Eden's Serpent towered above..." Timlin sent the book to the publishers George Harrap who where looking for a successor to Willy Pogany. Harrap was delighted and decided to publish the entire work in its original form, - without typesetting. Both the watercolour plates and the calligraphic text were each separately mounted on grey matte paper. This splendid volume was published in November 1923 selling at two guineas. It featured grey boards and an ornately decorated vellum backstrip on which one of Timlin's own designs of the ship sailing on a cloud over an array of planets was embossed in gilt. 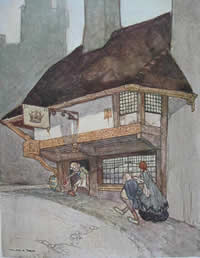 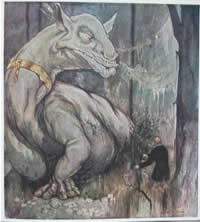 Once they have arrived on Mars, the voyagers come across a number of extraordinary characters. The picture above left shows an elf stepping out of "some low-browed jeweller's shop" to offer them a priceless ruby.

Only 2,000 copies were printed of which 250 were distributed in America. The rights were sold to Hollywood but the planned film to be called Get off the Earth was never produced. 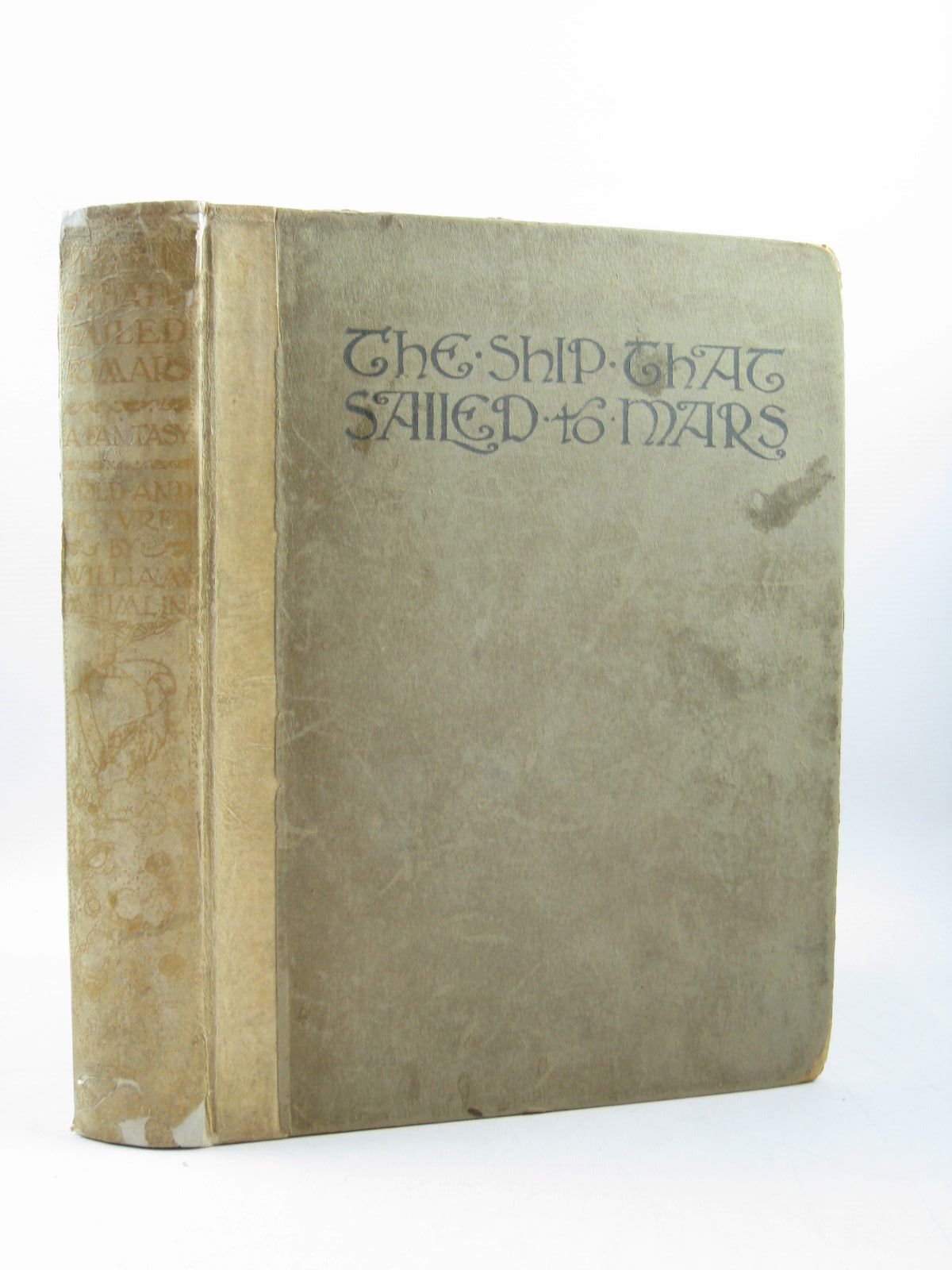