A Picturesque Tour of the English Lakes illustrated by T.H. Fielding and J. Walton 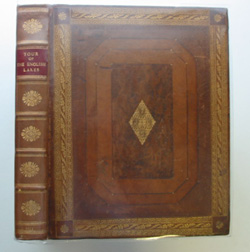 A book with this title could have been written at any time from the late 1700s to the present day. Before the end of the eighteenth century someone visiting the English Lake District would have been considered an Explorer, an explorer of a barren, impassable land of no use or interest, but by the end of the eighteenth century the visitor was now a Tourist.

So when was our book written? Picturesque has an "Olde Worlde" ring to it and indeed it was in 1821 that Ackermann published "A Picturesque Tour of The English Lakes Containing a Description of the Most Romantic Scenery of Cumberland, Westmoreland (sic) and Lancashire with Accounts of Antient (sic) and Modern Manners and Customs and Elucidation of the History and Antiquities of the Part of the Country Etc".

Ackermann's work followed in the footsteps of people such as William Gilpin who defined in his books what Picturesque meant for our late eighteenth century traveller.

In many ways the illustrations by T.H. Fielding and J. Walton in "A Picturesque Tour of the English Lakes" followed the Gilpin rules - a distant crag, our eye drawn towards it along a lake, with a Rustic in the foreground angling or in a boat. The illustrations may indeed follow Gilpin's rules but the 48 hand coloured plates and title page are stunning in their beauty.

This book was issued just as tastes were changing. Earlier writers were chiefly interested in what Man did, in factories and even in lunatic asylums. Indeed, visitors to Lancaster in 1850 could purchase tickets to the Lunatic Asylum! Interest did begin to turn to nature itself, but slowly - Thomas West advised visitors to turn their back on the view and regard it framed in a mirror!

So our book does mention Iron mines near Ulverston, manufacture of Linseys (fabric) at Ambleside, Quarrying and Mining but our book has moved on and provides lyrical descriptions of the scenery as well as the superb illustrations. "The deep dark hue of the rocks in the gloomy bosom of a narrow glen, just visible by day, and the foaming water, tinged with a hue of green caught from the trees and shrubs that wave over the fall, render this scene highly awful (sic)and picturesque". 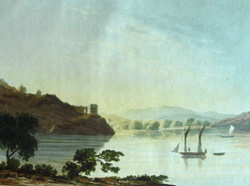 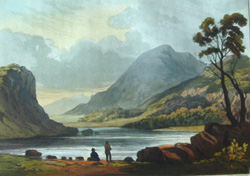 Our book recommends the ascent of Helvellyn from the Horse-head public house, where a guide may be procured. Two hundred years later Helvellyn is climbed more than any other Lakeland peak and Wainwright (the modern day writer) describes Helvellyn as the star attraction in its area. The beauty of the Lake District remains unchanged.

Some phenomena that we think of as modern were also of note two hundred years ago. In discussing Keswick (home of Wainwright) our book says "The great increase in population of late years is chiefly owing to the resort of strangers in summer and autumn".

Still true today, though would we today describe Keswick as compactly built consisting of one street? 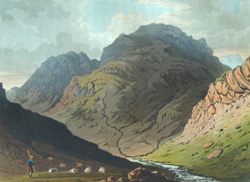 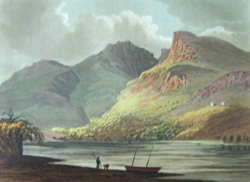 Our book does provide some useful travel information such as the times of some stage coaches and the accommodation - "The public-house at Ennerdale bridge is not large but the landlady can make up three beds when necessary" but one suspects from its lavish, limited production that it was aimed at the wealthy armchair traveller who would not stir from his estates in the Home Counties. One might defend our armchair traveller on the basis that before railways and before accurate maps and surfaced roads a Tour to the Lake District was more like an Explorer venturing into a foreign land. At the time of our book the Ordnance Survey (set up in 1791) was producing the first accurate maps and not long after, in 1844, William Wordsworth would be protesting at the intrusion of railways so our book reflects that period before the railways opened up the Lake District to everyone. 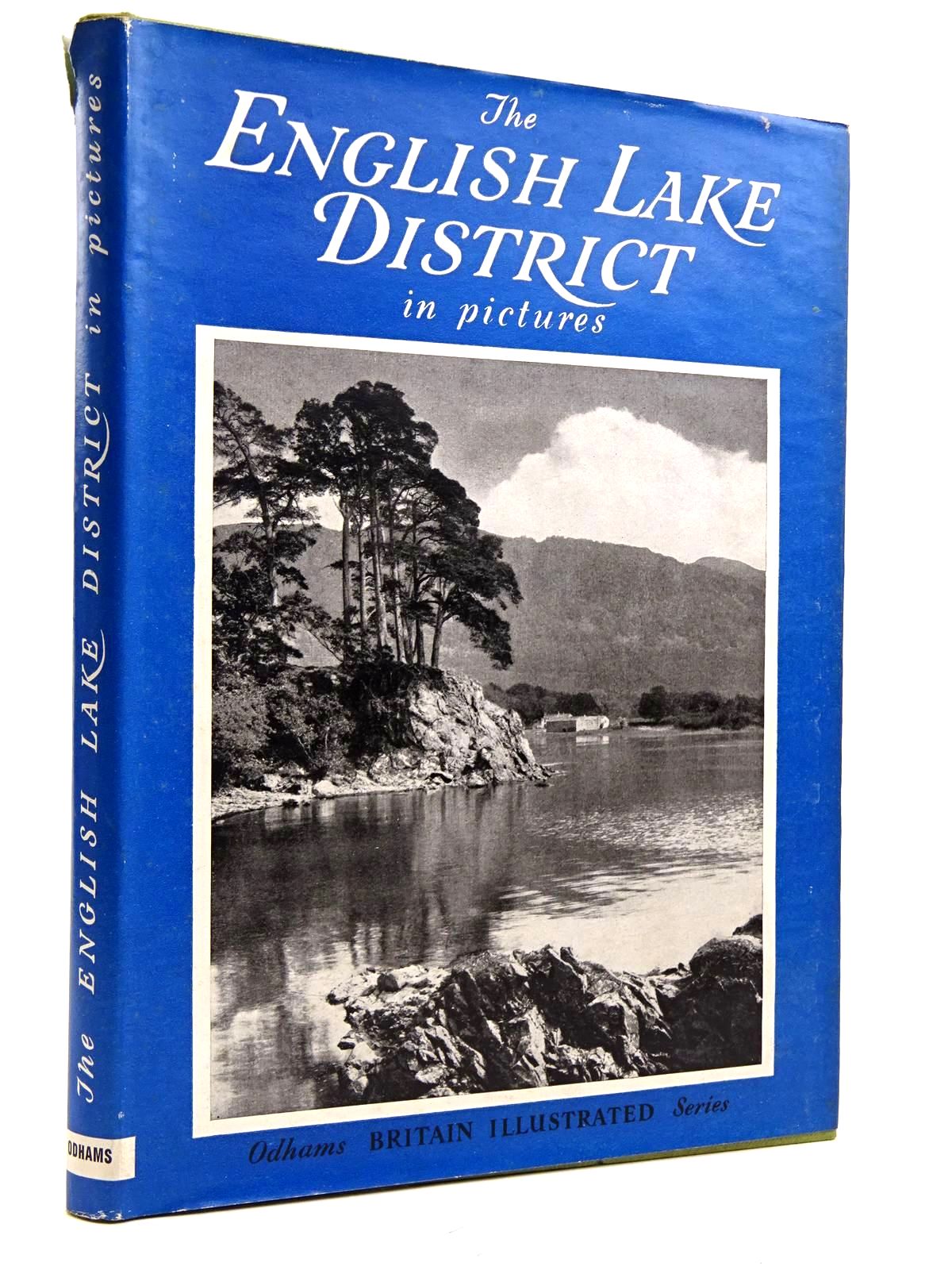 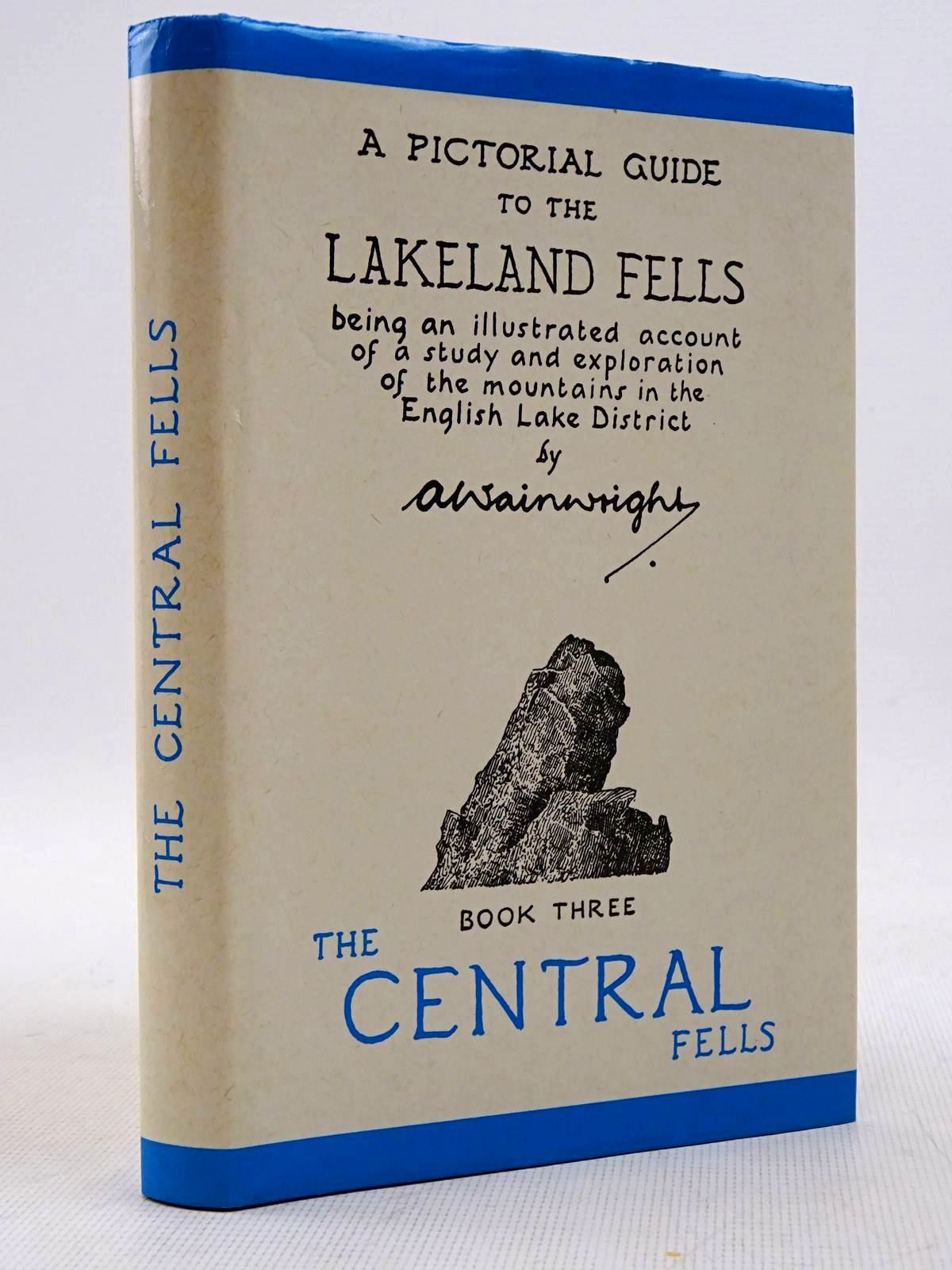 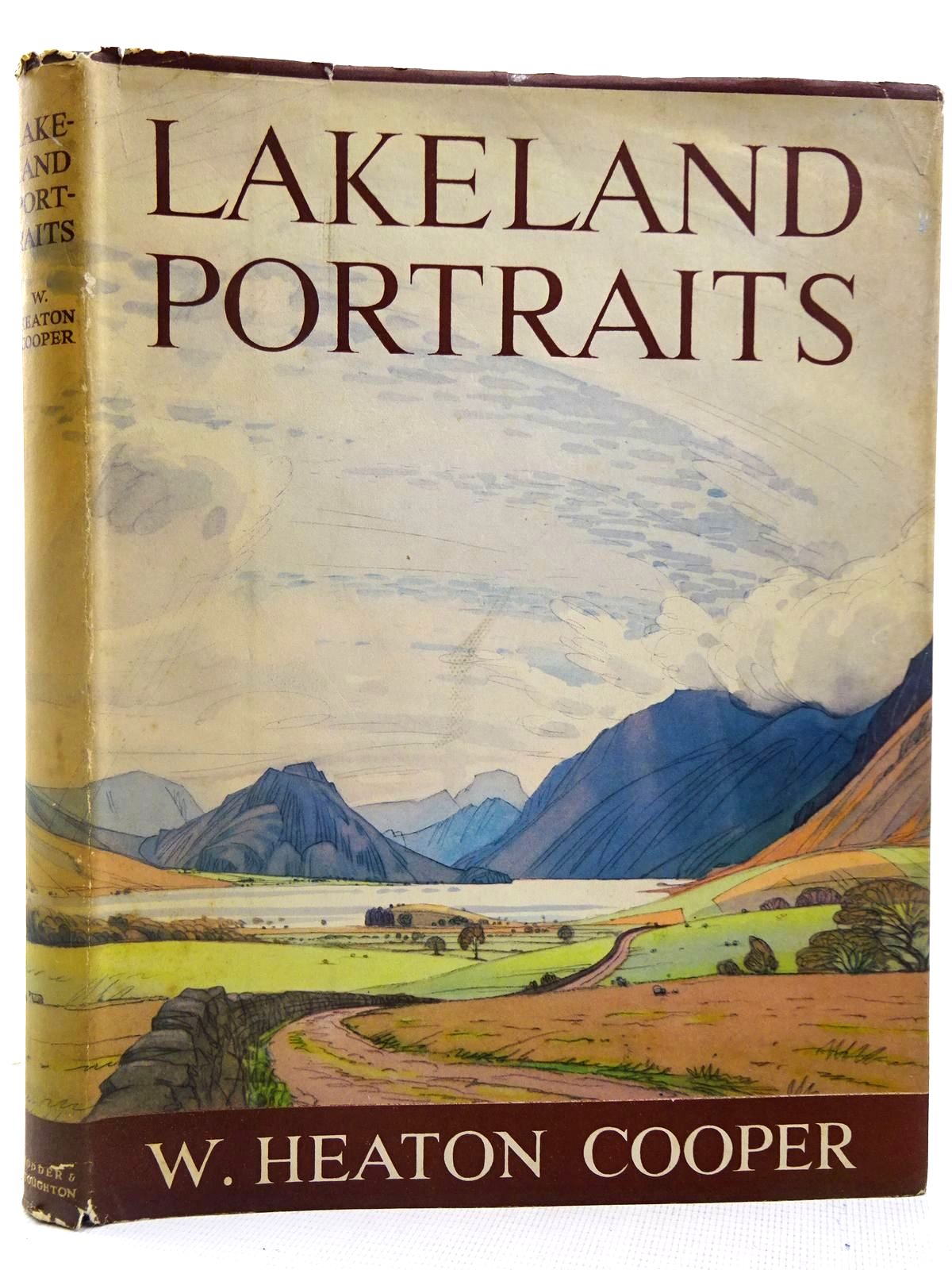 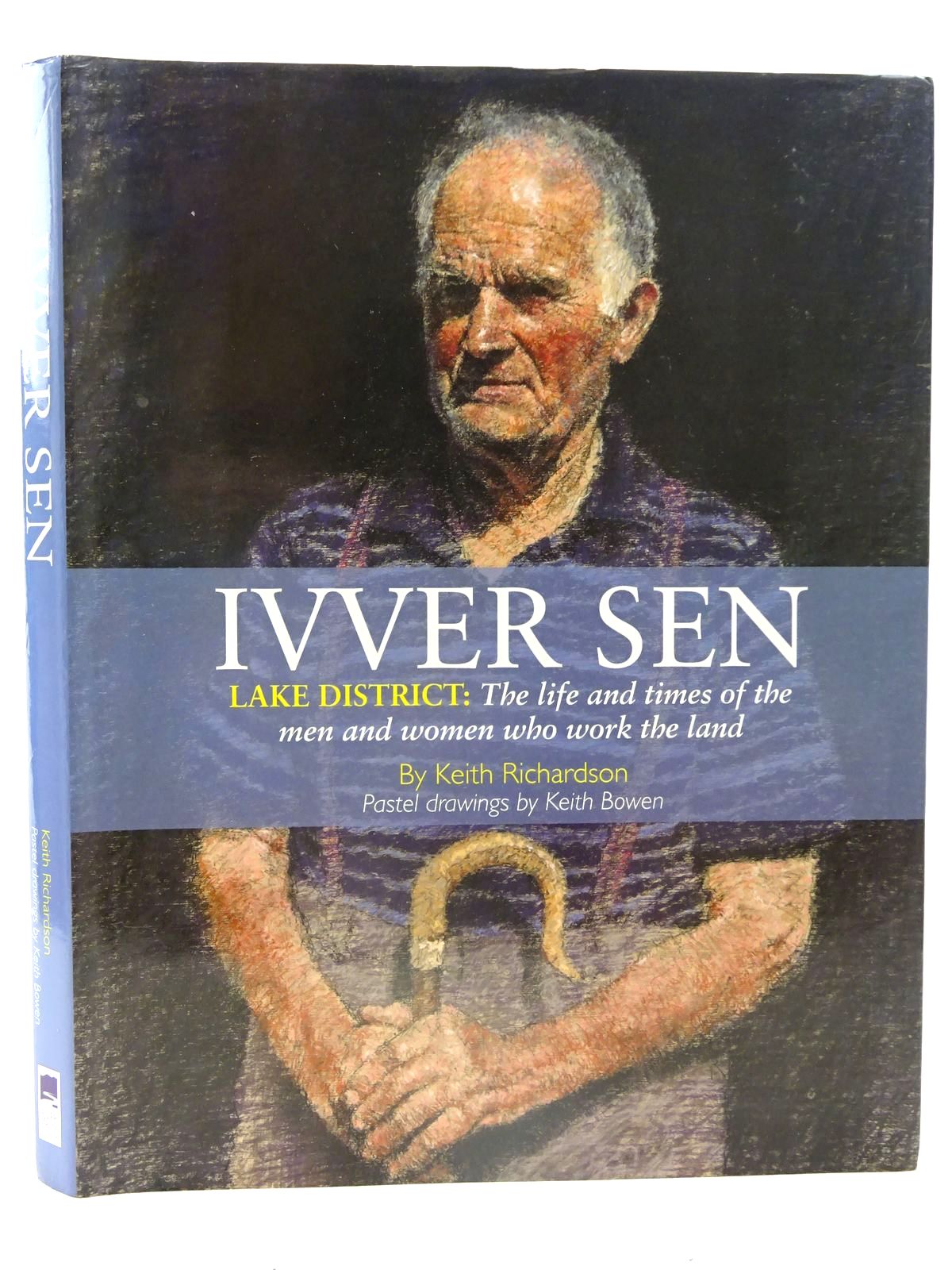 IVVER SEN: LAKE DISTRICT: THE LIFE AND TIMES OF THE MEN AND WOMEN WHO WORK THE LAND
Richardson, Keith. Illustrated by Bowen, Keith. Stock no. 2126212
Published by River Greta. 1st 2008. Slightly better than very good condition in a very good dustwrapper. 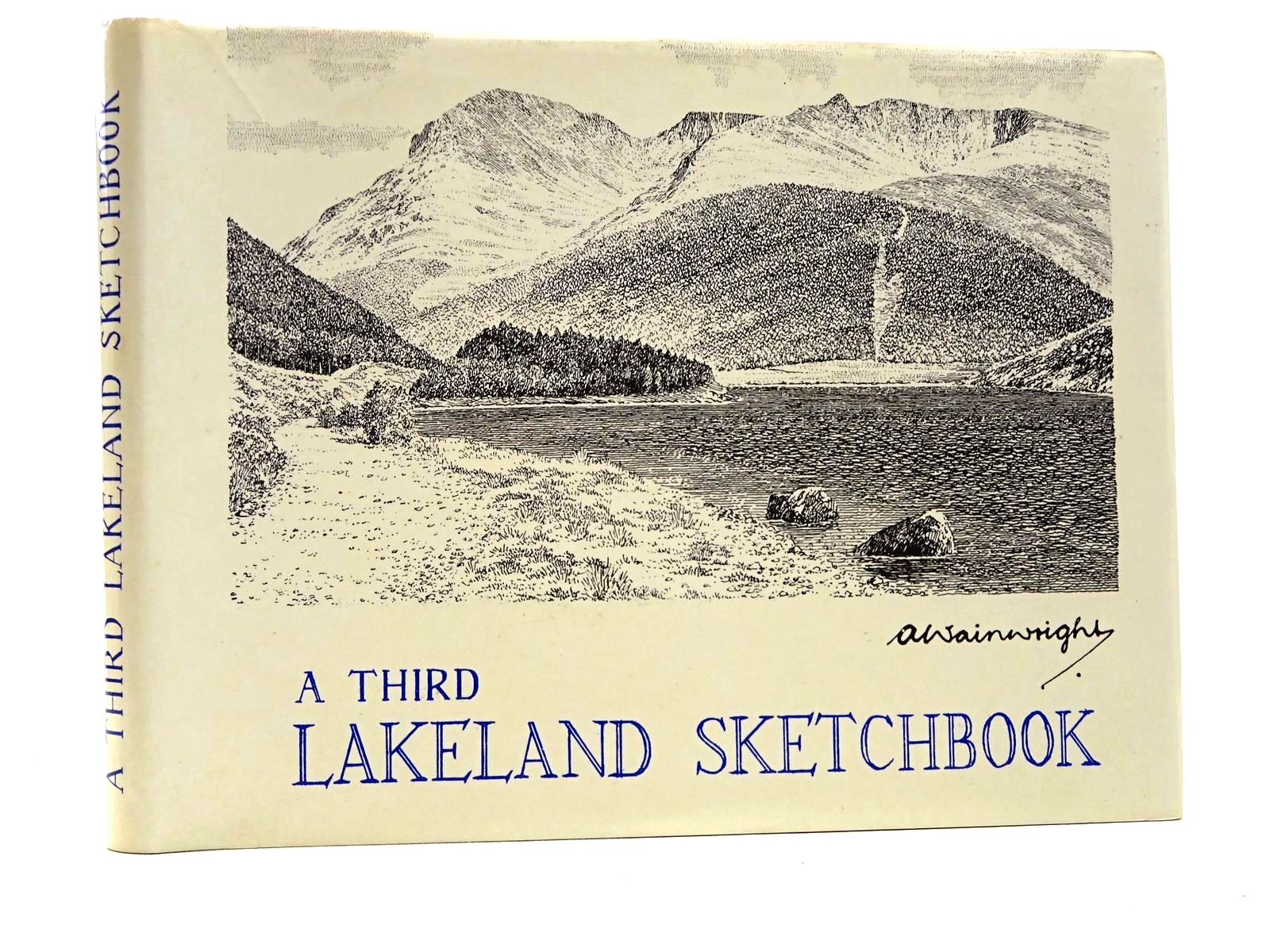 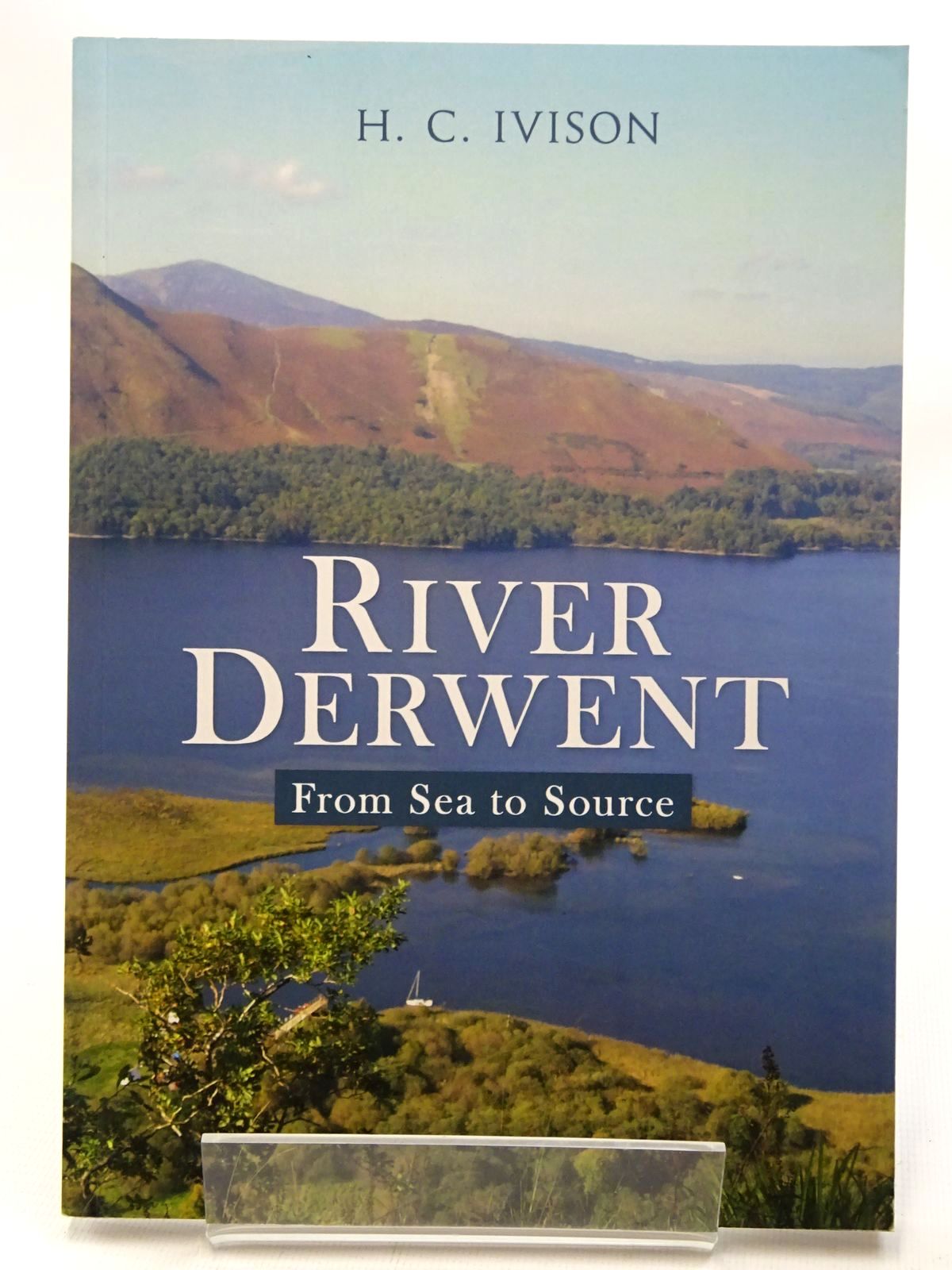 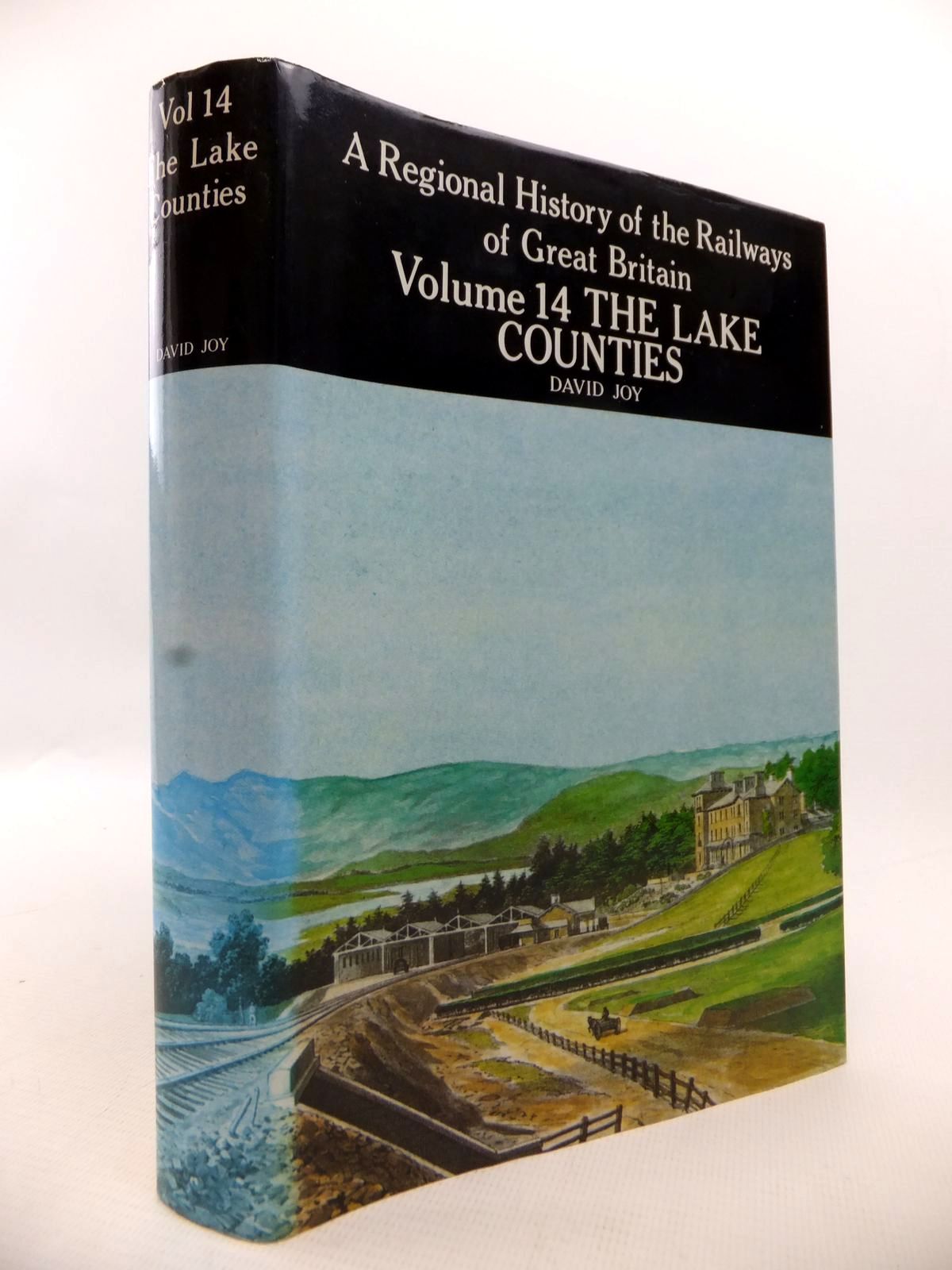 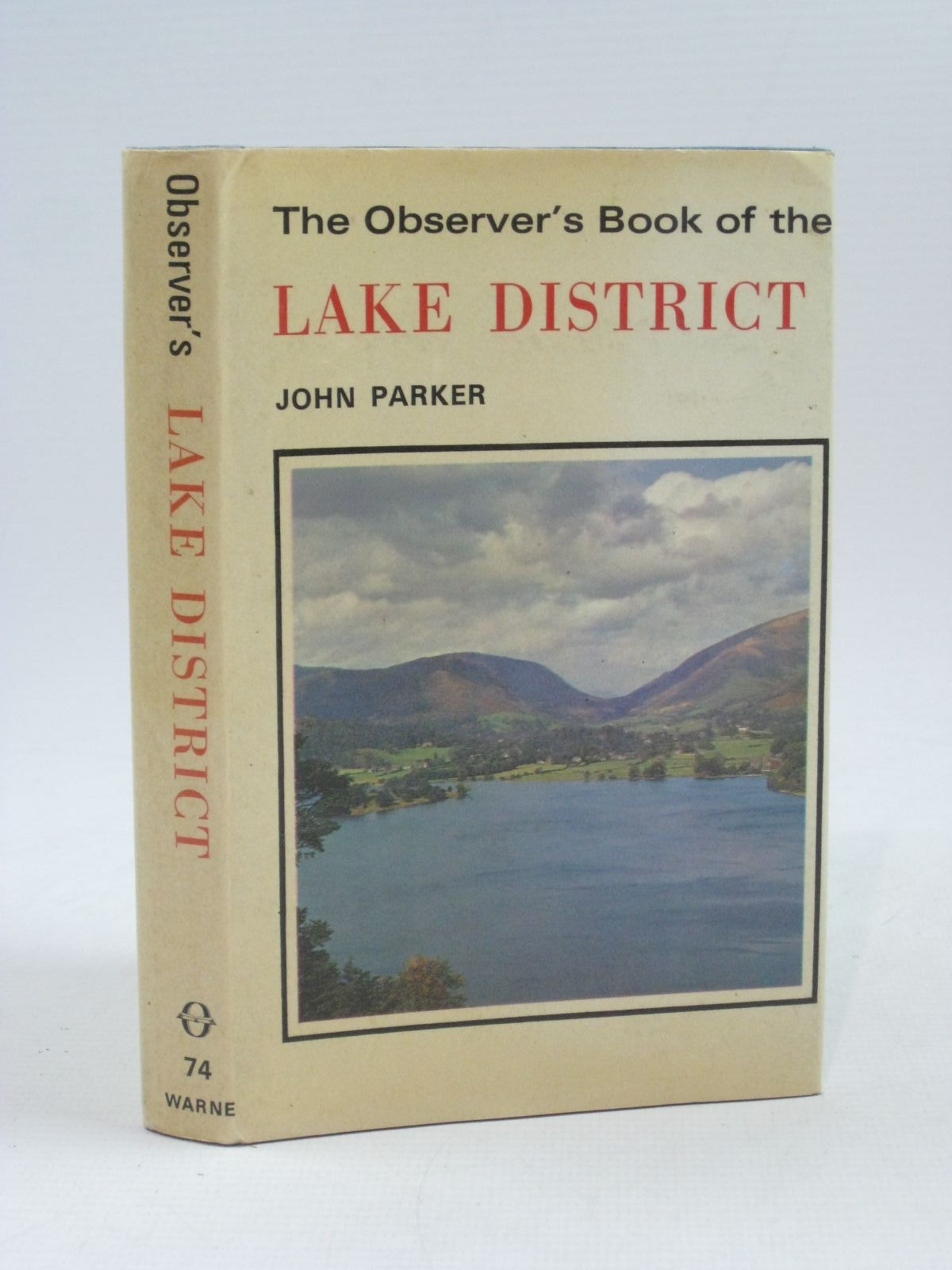 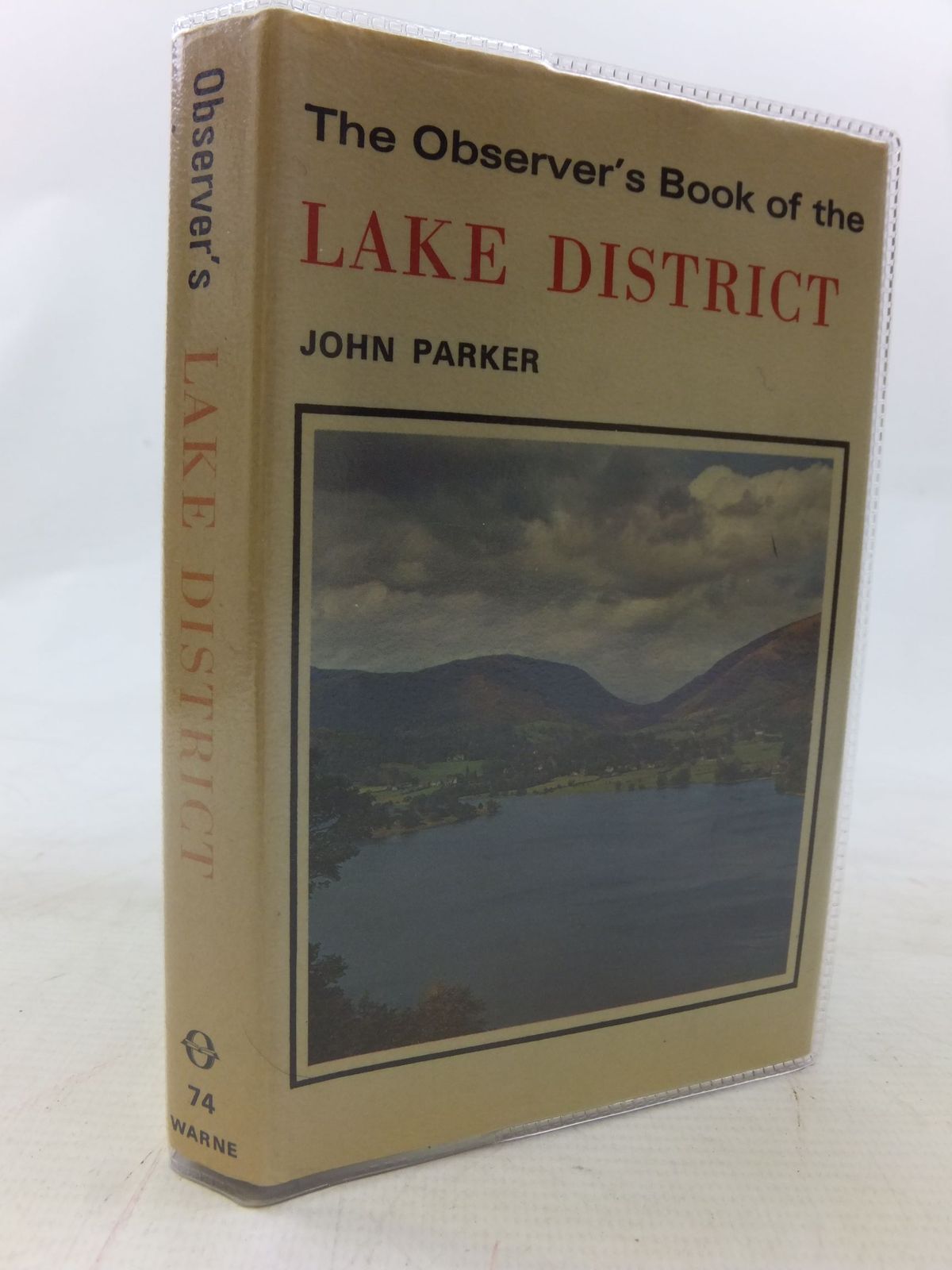 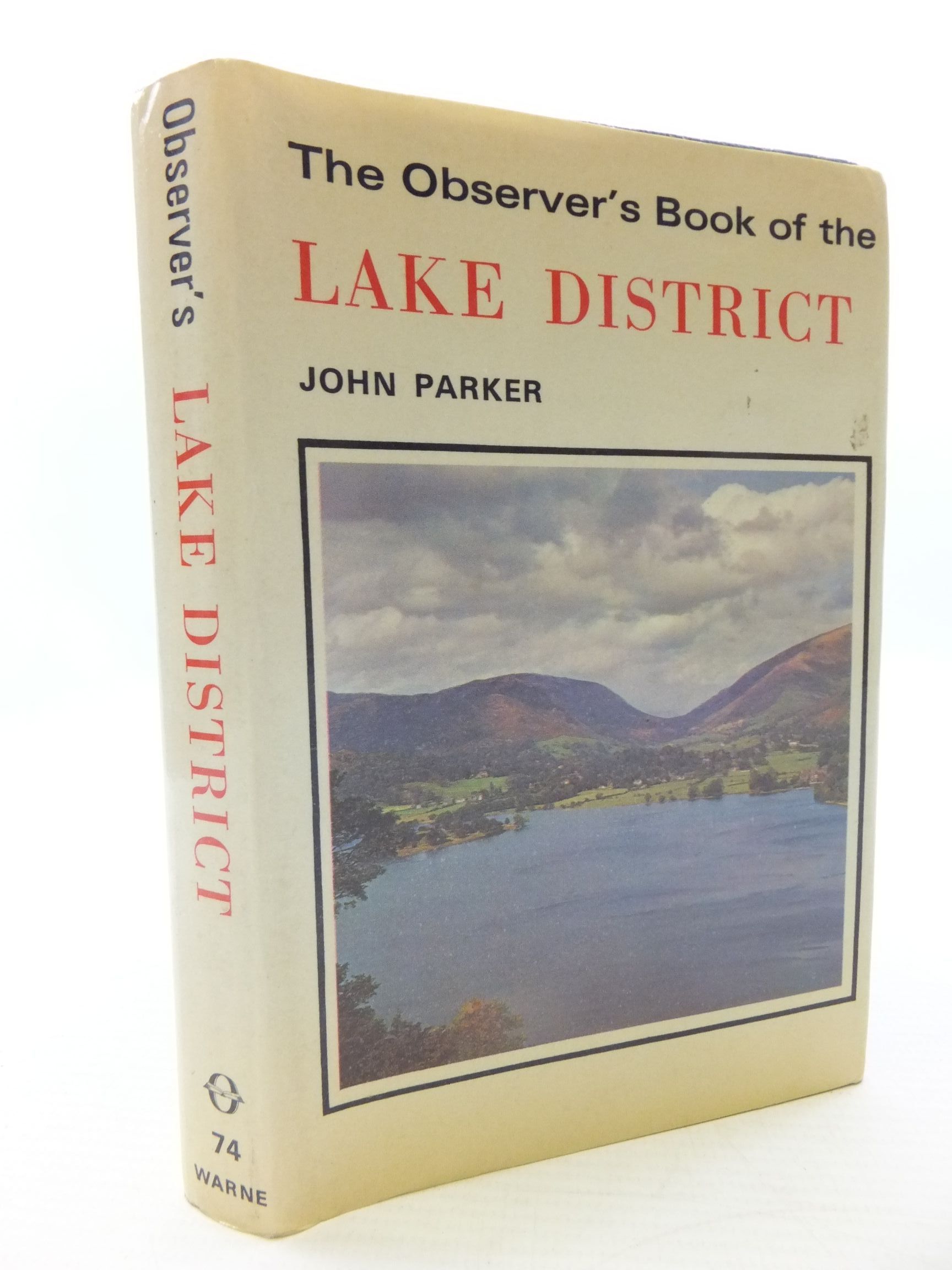 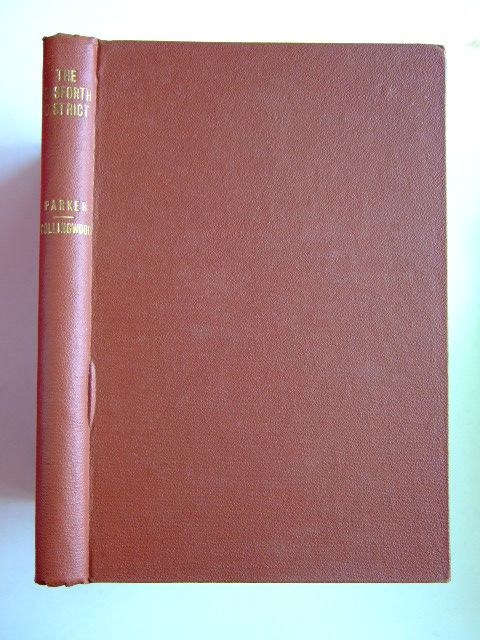 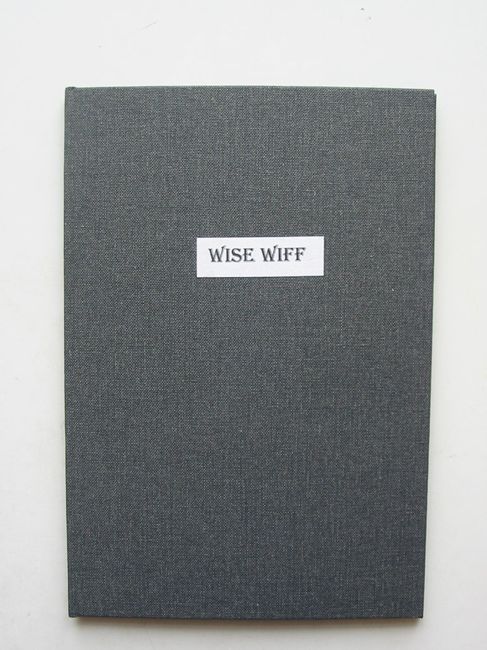