I was a rat! (or The Scarlet Slippers) by Philip Pullman

Are you at all familiar with the story of Cinderella?

And do you, by chance, remember the part of that tale where Cinderella’s fairy godmother turns up and helps her fulfil her wish to go the ball and meet Prince Charming?

Six white mice turned into horses to pull the carriage which had previously been a pumpkin. The old guard dog was magically changed into the carriage driver and two rats were transformed into page boys, ready to escort Cinderella to her destiny.

But what if one of those page boys didn’t keep track of time while Cinderella was dancing the night away and was having a kick about with some of the other page boys and footmen while their masters and mistresses attended the ball? And what if that pageboy didn’t get back to Cinderella’s pumpkin coach in time and was left behind at the palace, what if he didn’t get turned back into a rat with the others?

What would happen then?

This tale begins with a knock on the door on a cold and dreary night. The door in question belongs to the house of an old, childless couple. The husband, Bob, is a cobbler and his wife, Joan, is a washerwoman. The late-night visitor is a boy, dressed as a page boy, who introduces himself by announcing to the couple “I was a rat!” Bob and Joan are unsure of what to make of the boy, but its clear he needs help, so a hot meal and a warm bed are the priority. Curiously, despite their questioning, the boy doesn’t know who he is or where he is from only that he was a rat. Another thing the boy doesn’t know is how to use cutlery when eating, something which surprises Bob and Joan when the boy just puts his whole face into a bowl of warm milk and bread! After some instruction from Joan, it’s evident that the boy is a quick learner, if slightly ratty in his ways and different to most other young boys. Bob and Joan decide to give the boy a name, Roger, and seeing as it’s late in the evening, offer him a bed for the night 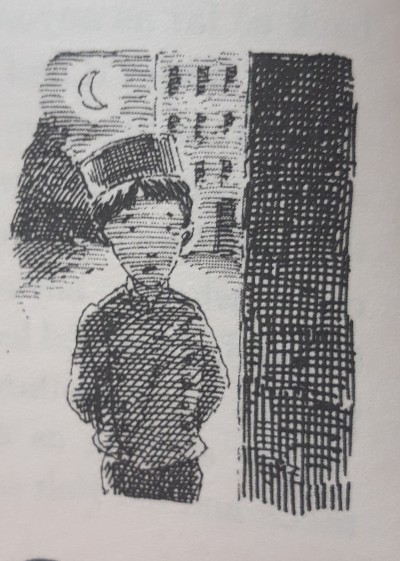 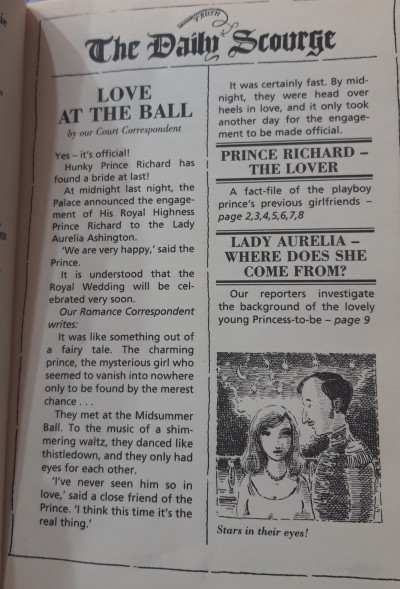 Throughout this story there are articles from a rather sensationalist newspaper called The Daily Scourge. Its editor prefers to run stories to make people buy newspapers rather than ones that have any truth to them. Curiously Roger spots someone he recognises in the newspaper on Bob’s armchair on that first evening. He insists that the photograph of the new Princess is someone he knows as Mary Jane from the kitchen. Bob and Jean dismiss this as nonsense and correct Roger that it is a photograph of the lovely new princess, not a kitchen maid.

When Bob and Joan take Roger to City Hall to find out what is the best thing to do with him, they are pretty much dismissed as wasting people’s time (it probably didn’t help that Roger ate some pencils from the desk!) At the police station they had a similar experience but with more suspicion directed Roger’s way by the desk sergeant. The doctor at the hospital told Roger to “Stop all this nonsense about being a rat!” The next place Bob and Jean can think of to take Roger is the school, so they do. Roger has never been to school before and didn’t entirely know what was expected of him or how to behave, subsequently it is not very long before he ends up in the headmaster’s office and receives the cane for disobedience. Unsurprisingly Roger’s rat instinct kicks in, he bites the headmaster and runs away.

The circus happens to be in town and one of the people working there finds Roger & convinces him to go with him. Unfortunately for Roger, the man is in fact a dodgy showman, whose only real motivation in life is how to make money by exploiting others. He exhibits Roger as ‘The Amazing Rat Boy’. Poor Roger is kept locked in a filthy cage with no food except what the public throw at him. At first Roger isn’t too bothered by this, after all he did used to be a rat and ate pretty much anything he could get his paws on.

Roger eventually escapes with help from a gang who similarly exploit his kind nature by forcing him to steal from a large house.  Roger decides that he doesn’t want to be involved in stealing and again he runs away, this time to somewhere more familiar to him, down into the sewers.

Soon a rumour begins that there is an evil giant rat monster down the sewers. The rumour was started, and continued, by The Daily Scourge as a good way to sell more newspapers. A group of ‘brave' men set out to trap the ‘rat monster’ hiding in the sewers and they succeed. Even when he is captured and cleaned up, the scientists tasked with examining Roger can’t see what is in front of their faces. Even when Roger says thank you when they give him some food, it is dismissed by the chief scientist as ‘just animal noises’.

The Daily Scourge runs an opinion poll for its readers to decide if the ‘monster’ should be exterminated or not. After all, this is the story they know will sell newspapers. No one would be particularly interested in a story about a normal boy hiding in the sewers, but a vicious evil giant rat monster that is a danger to the public, well, that is something that people would want to read all about. 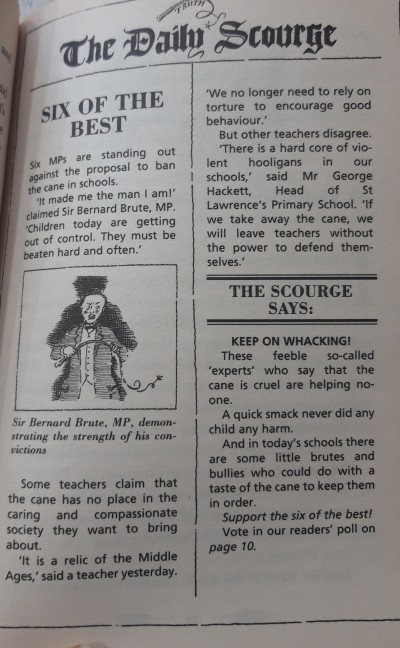 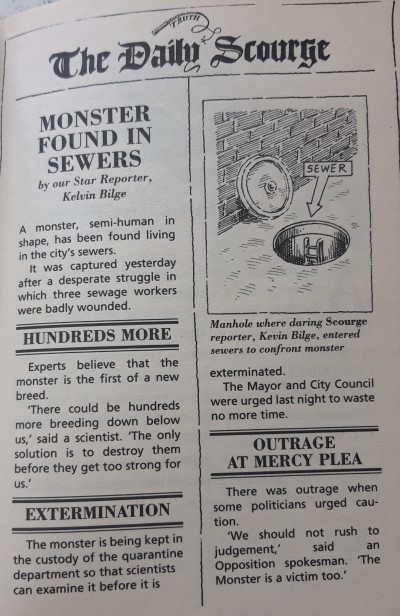 Bob and Jean have been searching for Roger ever since he ran away from school and are quite at their wits end. That is until they spot the photograph in The Daily Scourge of the ‘monster’ and realise that it’s their very own Roger who is stuck in a cage and soon to be executed if they don’t do something. But who to turn to for help? They had already tried asking for help for Roger previously but there was no one who would help.

So, where does Cinderella fit into this tale?

Well in this version the princess who used to be the kitchen maid Mary Jane is now known as Lady Aurelia Ashington and she has been on honeymoon with her new husband while Roger was having his adventures and the monster was discovered. Bob and Jean remember Roger’s odd comment about the princess being someone called Mary Jane after he saw the photograph in the newspaper. They start to wonder to themselves if he really does know her. With nothing else to lose, they go and see the princess and ask for her help in rescuing Roger and verifying him as a boy and not a giant rat monster. After all who would doubt the word of the lovely new princess? And certainly, she is someone who can sell a lot more newspapers than a giant rat!

The thing I like the most about this book is that it reads at an adventurous pace so you’re turning the pages to see what happens next - keeping the reader engaged is always a good thing in a children’s book. Philip Pullman’s writing of the character of Roger as a boy who used to be a rat is great. He captures all the habits a rat would have and puts them onto a boy. Roger’s confusion of the world around him and why people would want to harm or exploit him just for being himself is very poignant.
The addition of the newspaper articles throughout the story helps move the narrative on as well as sets the tone of the background atmosphere. The underhand way the newspaper dictates what they want the public to think and believe is not only reminiscent of the time the book was written (1999, two years after the death of another princess, whose face was guaranteed to sell newspapers, Princess Diana) but also, what we see today in global social media.

I feel that there are two morals that you can choose from in this tale - either “Don’t believe everything you read in the newspaper.” Or “Don’t judge a book by its cover” or maybe both. 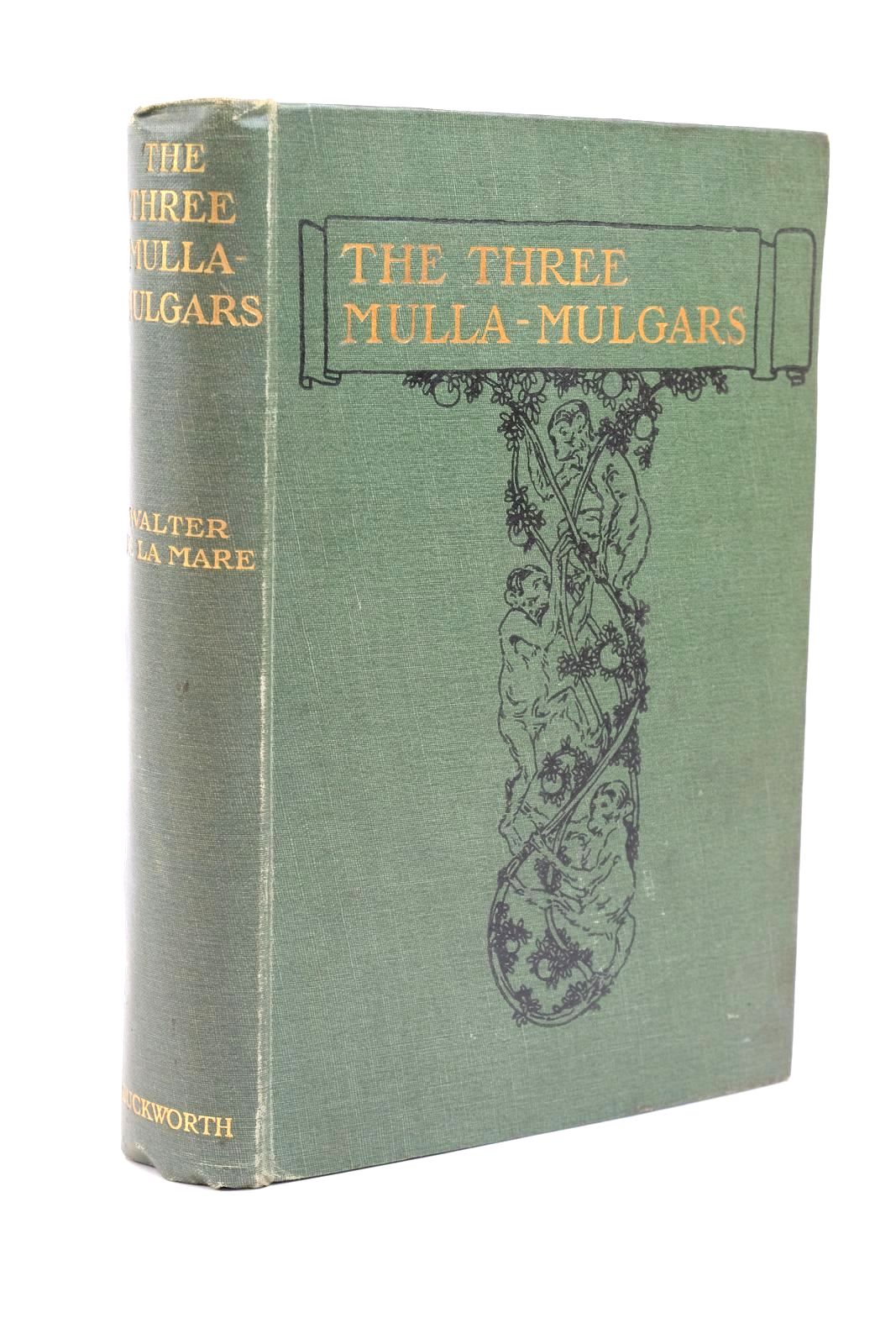 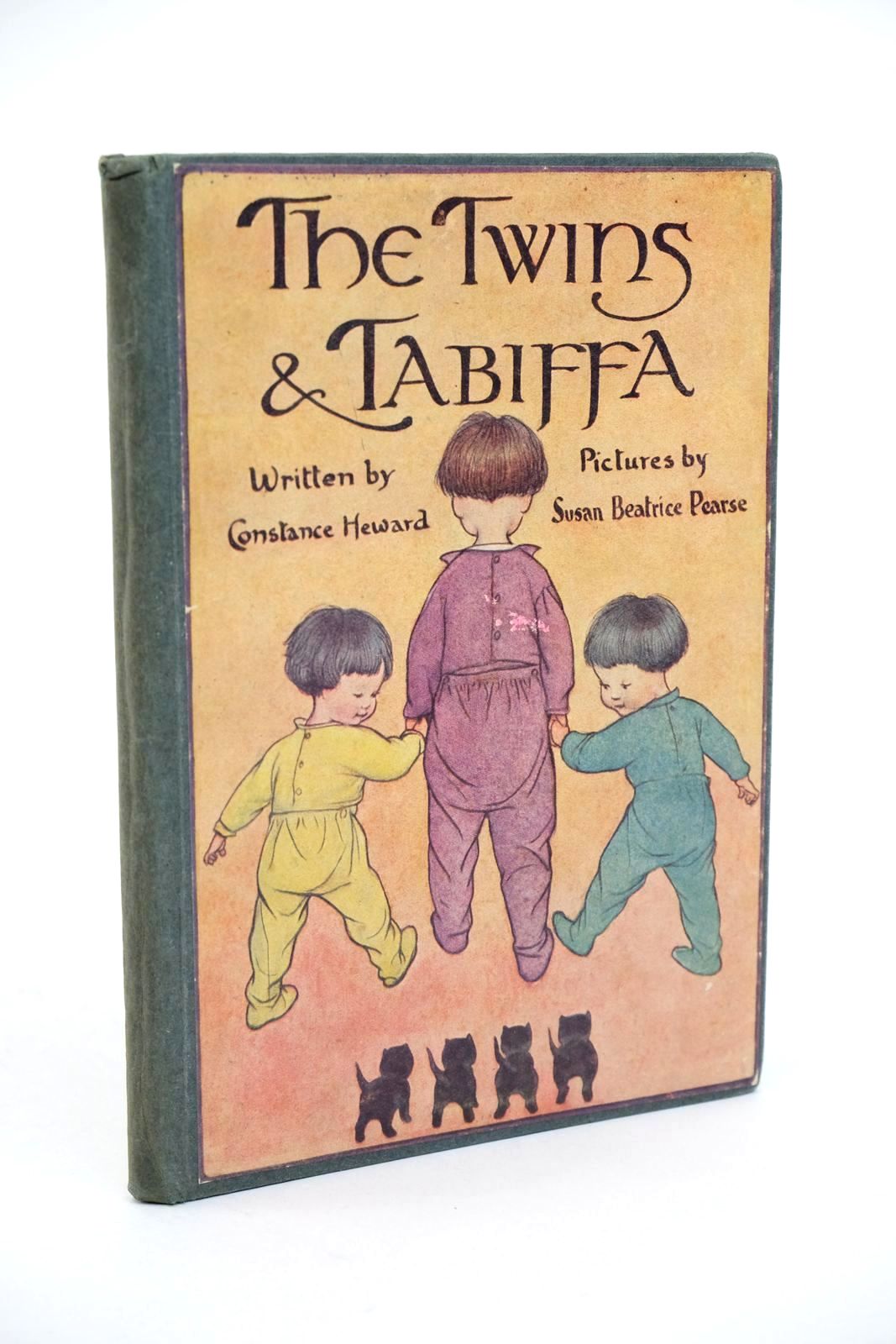 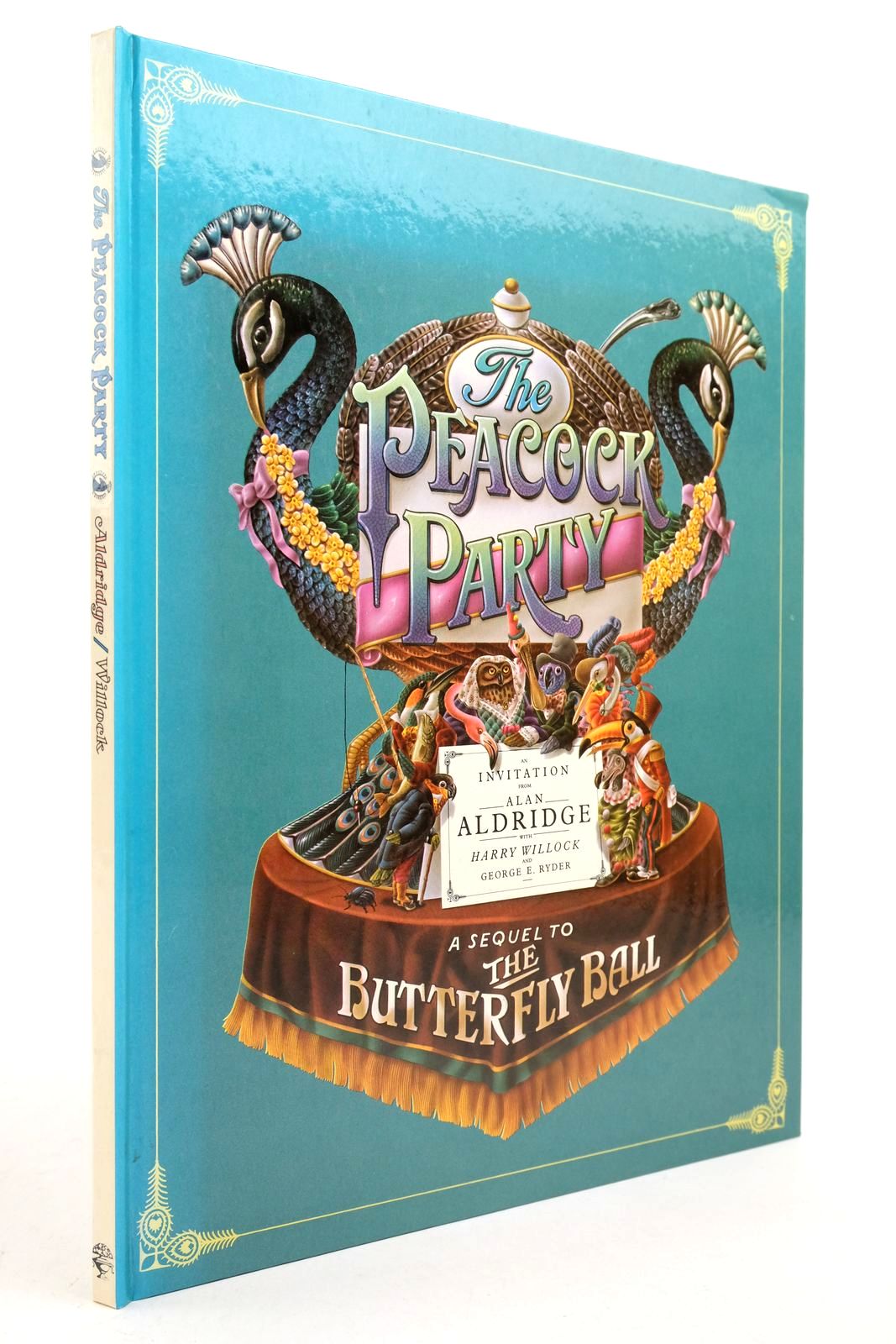 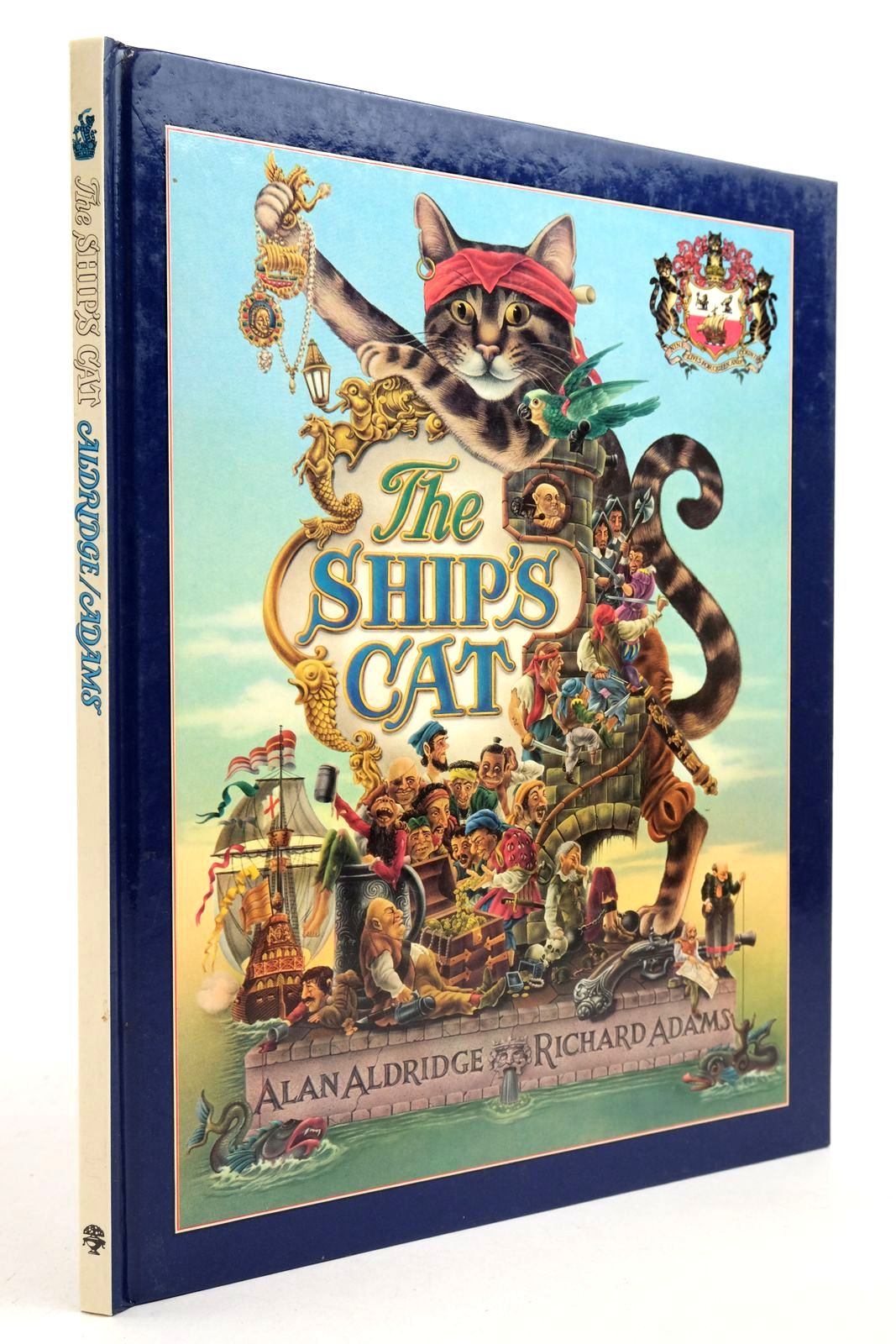 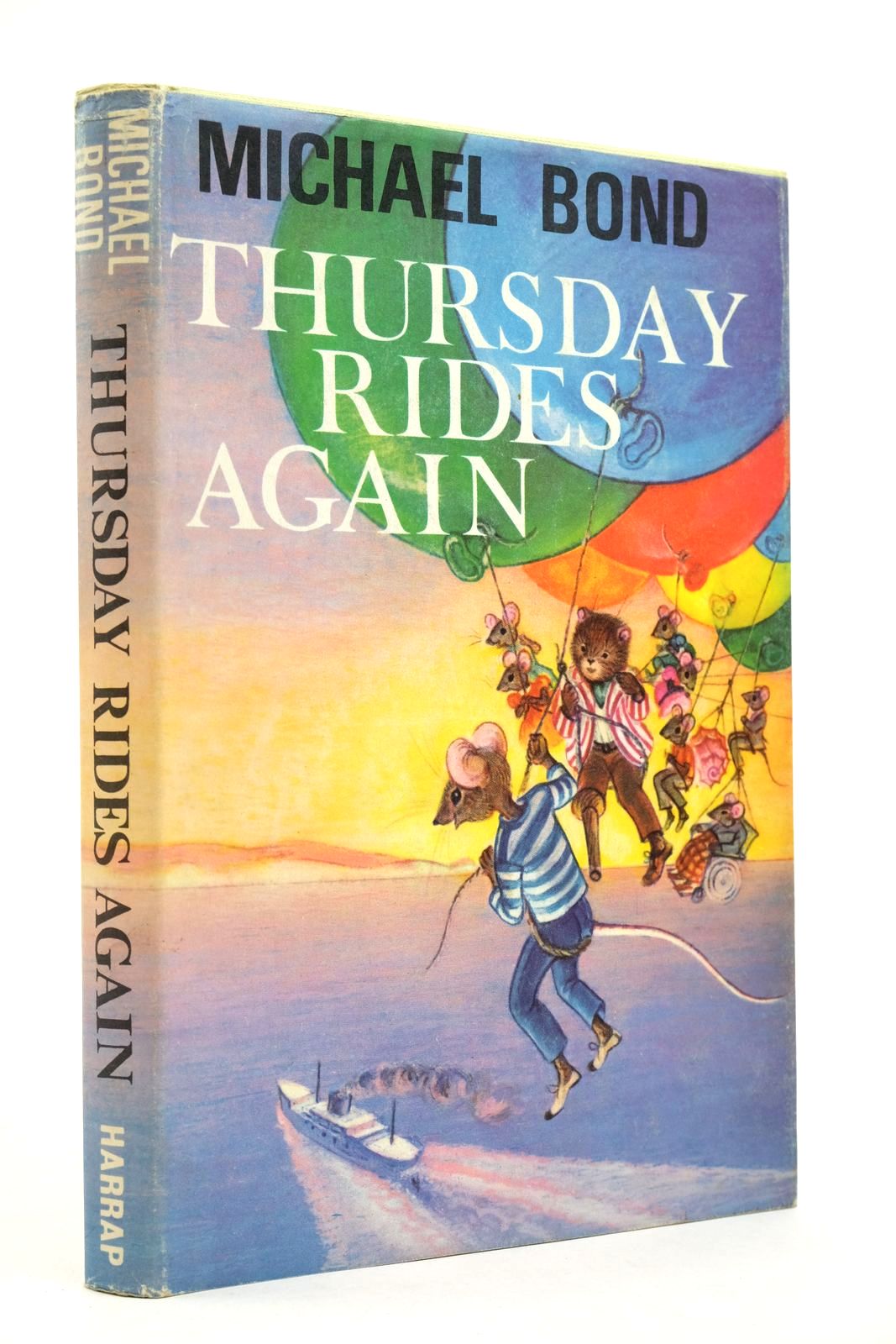 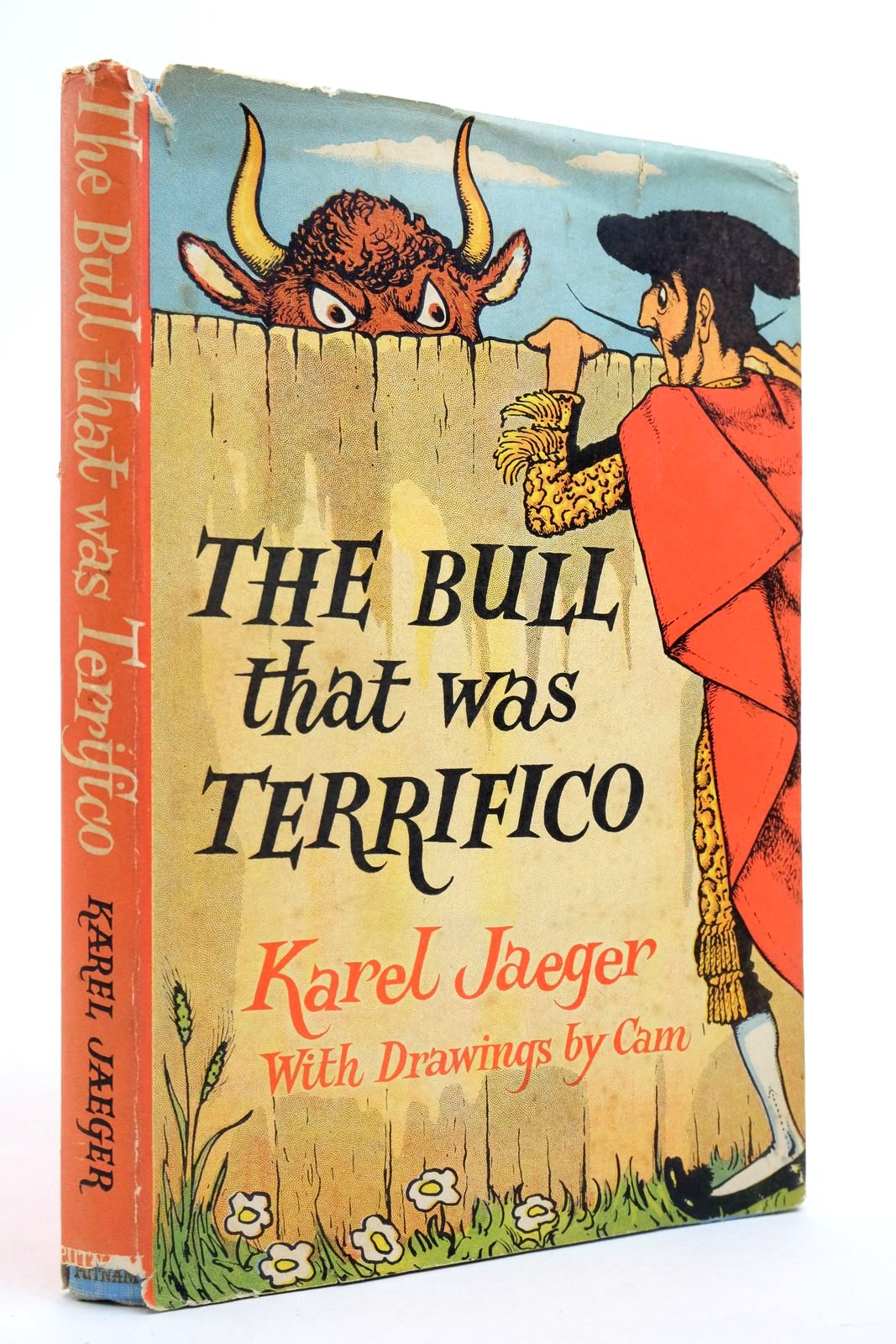 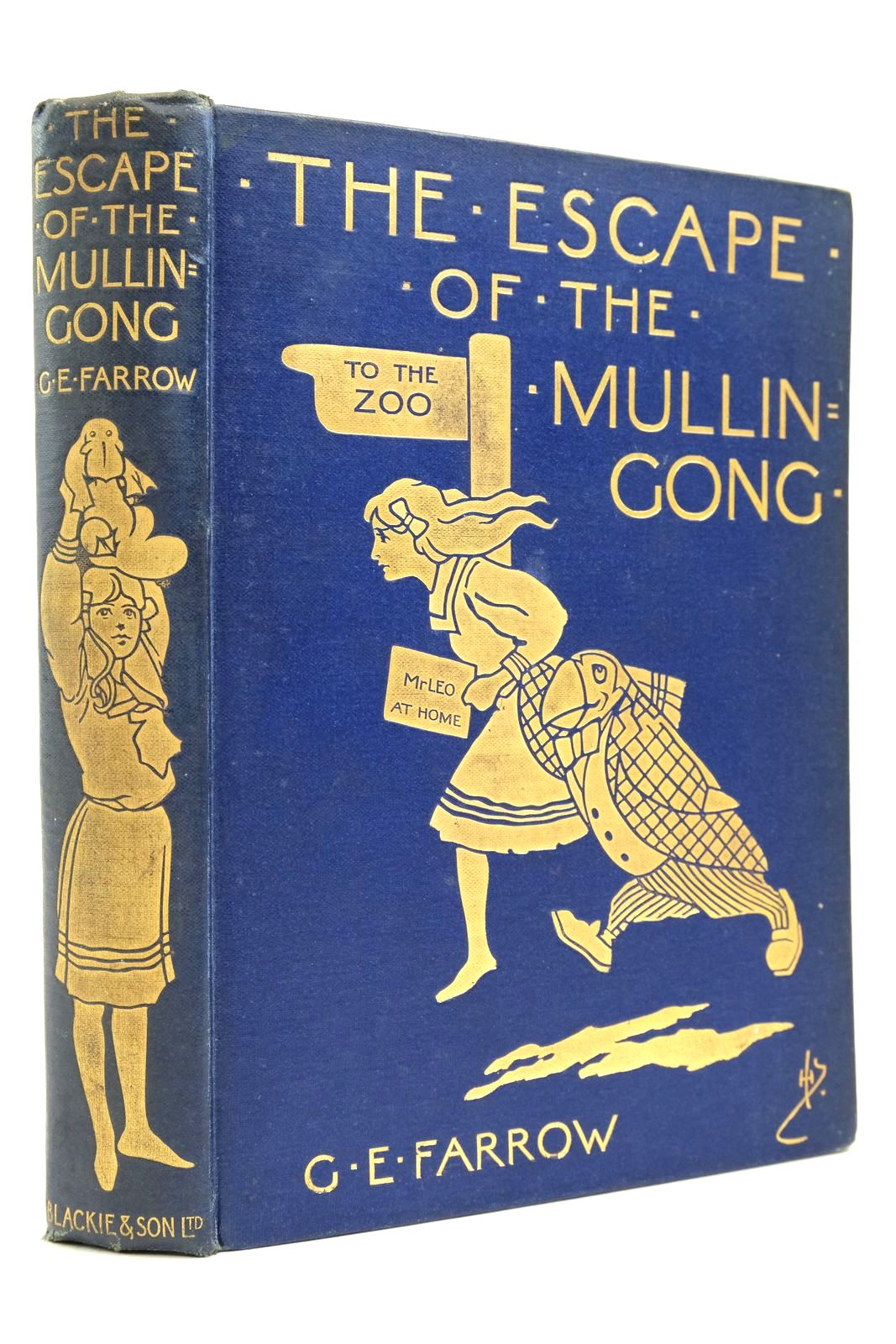 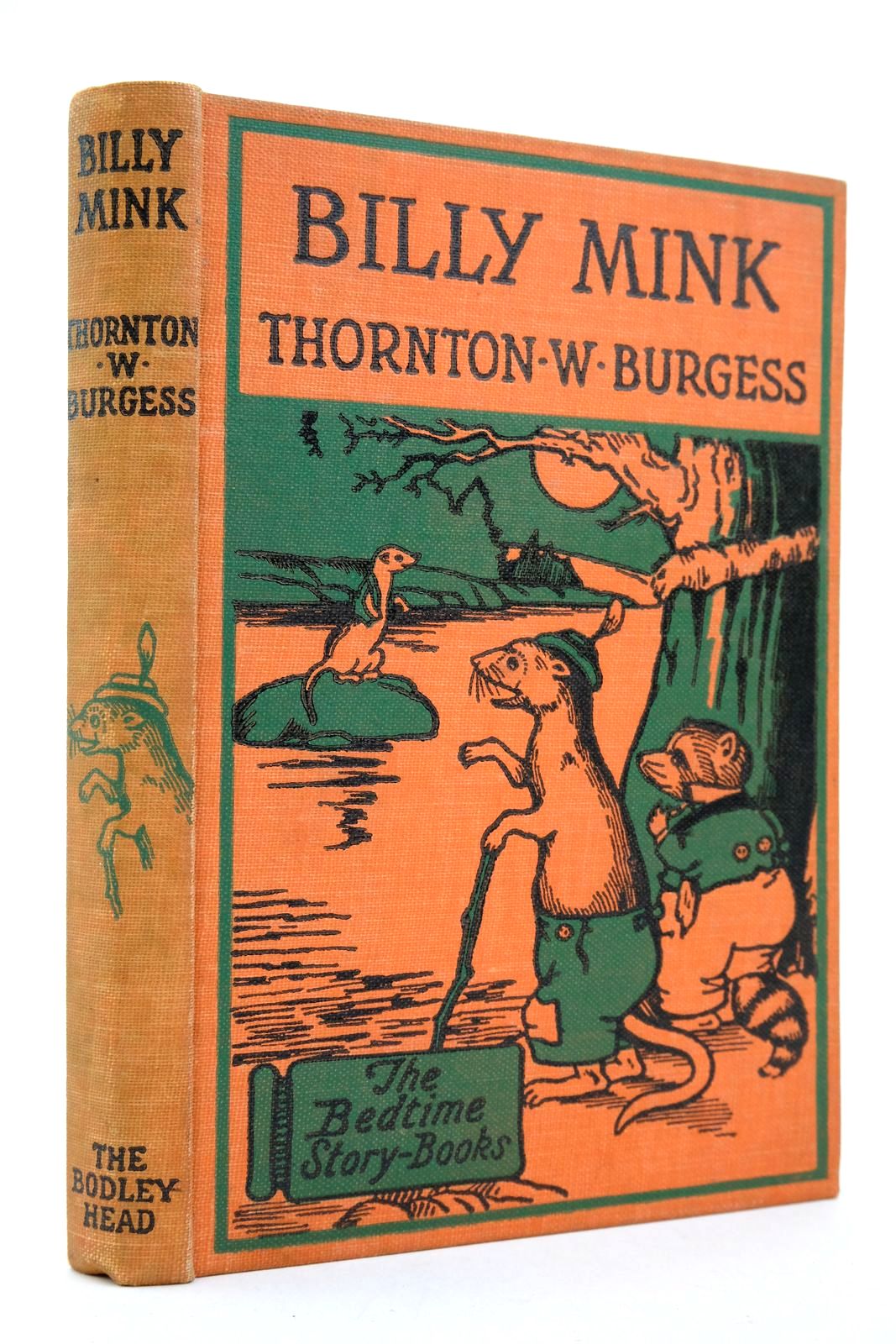 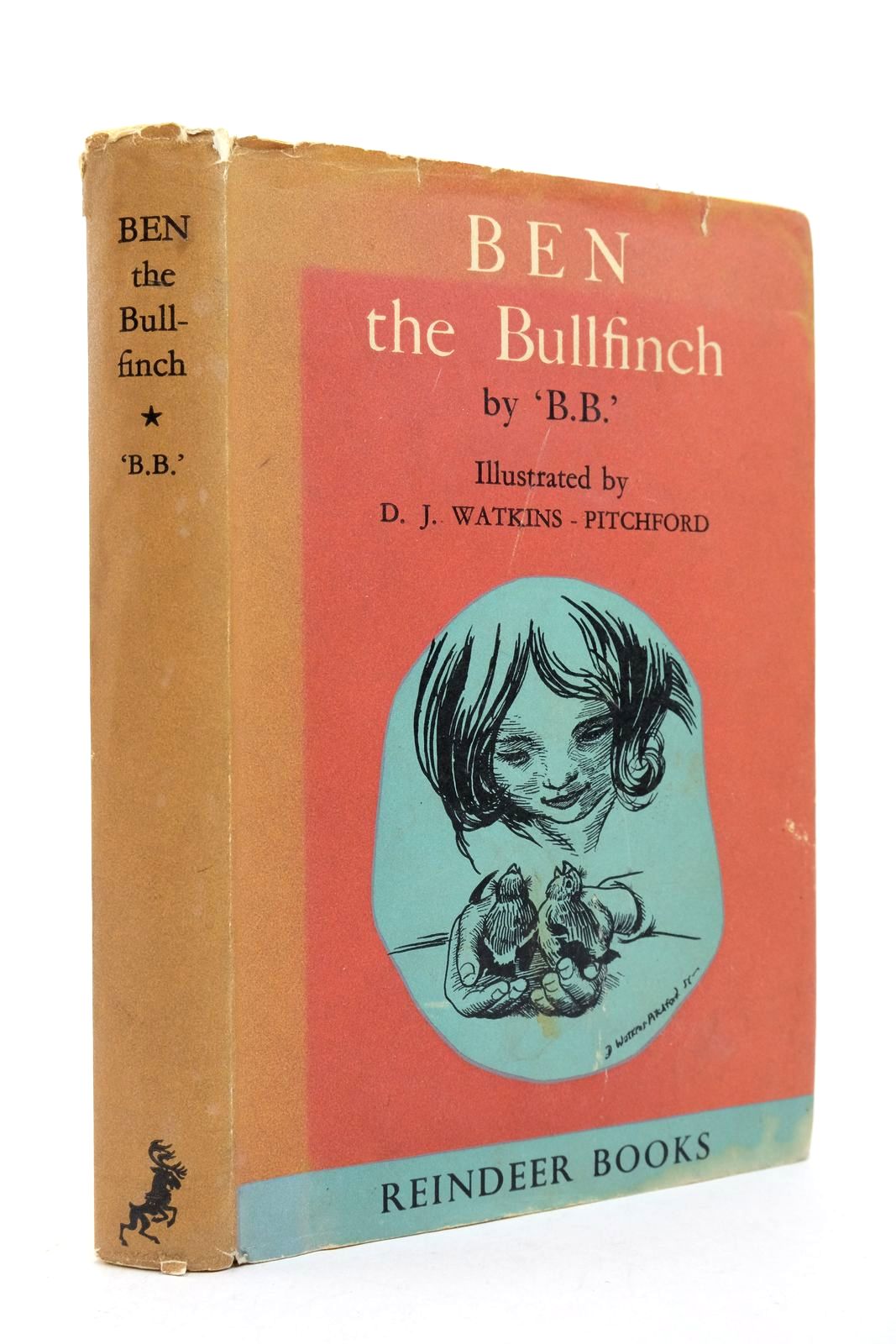 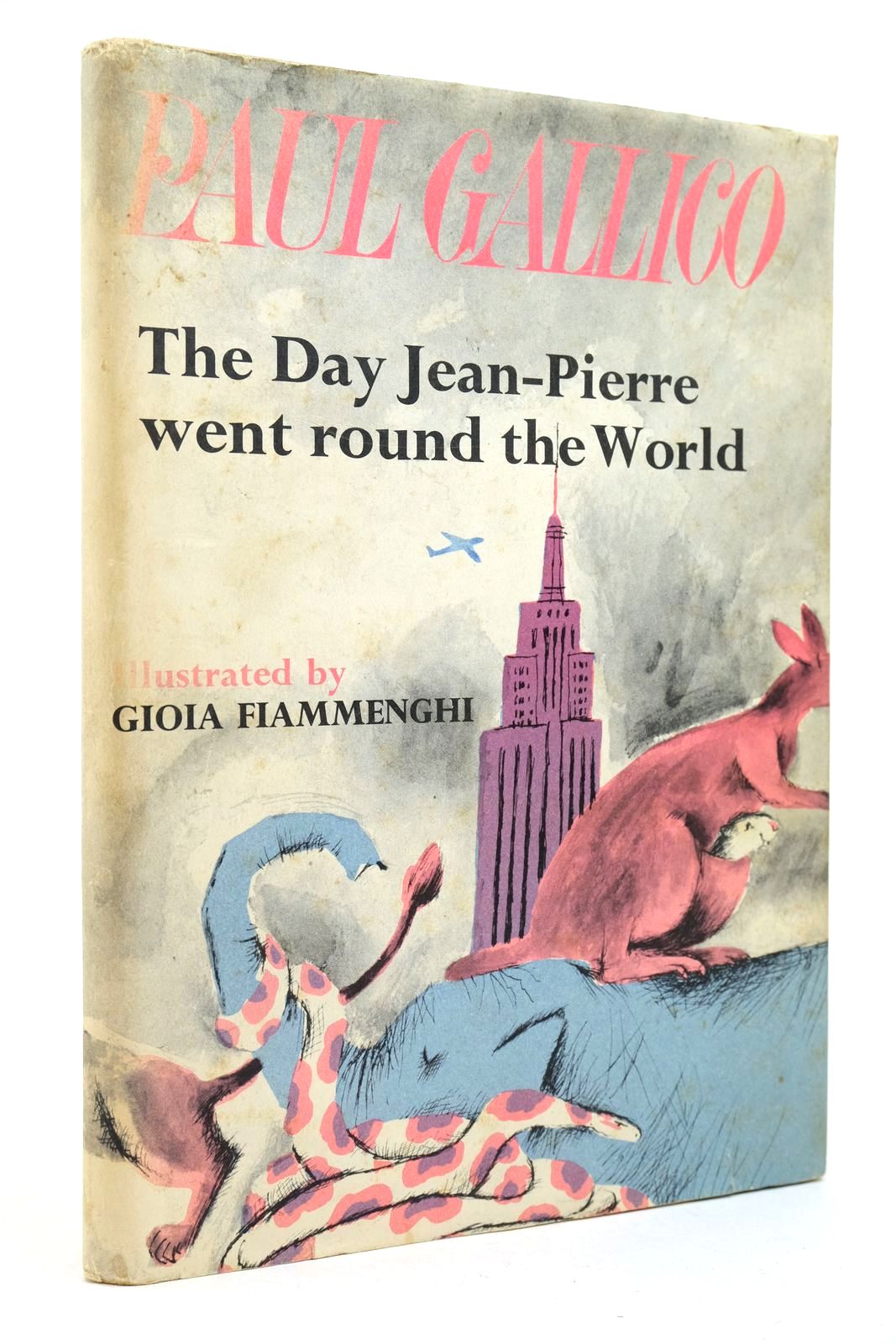 THE DAY JEAN-PIERRE WENT ROUND THE WORLD
Written by Paul Gallico. Illustrated by Gioia Fiammenghi. Stock no 2139789. Published by William Heinemann Ltd.. 1st. 1965. 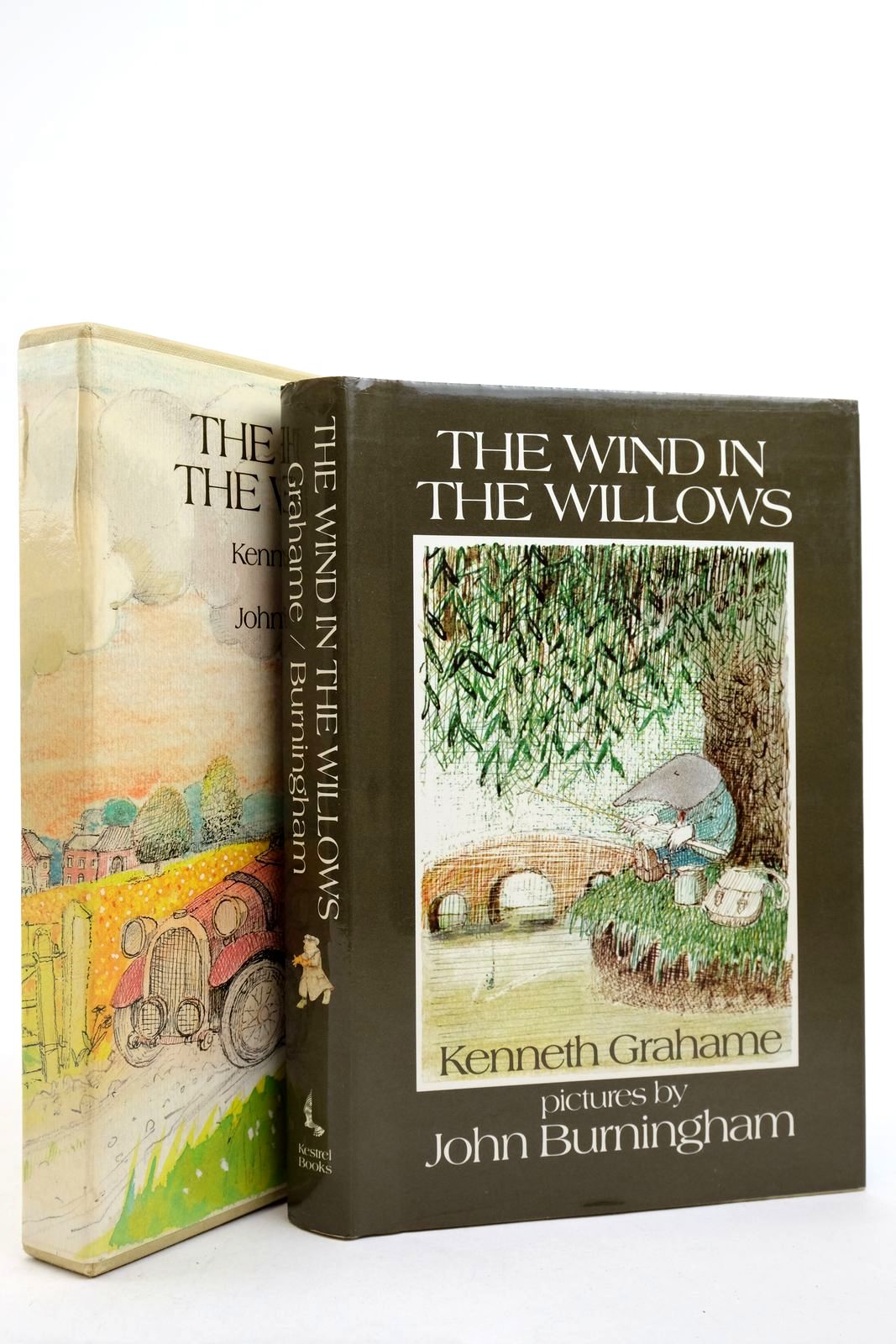 THE WIND IN THE WILLOWS
Written by Kenneth Grahame. Illustrated by John Burningham. Stock no 2139767. Published by Kestrel Books. 1st thus. 1983. 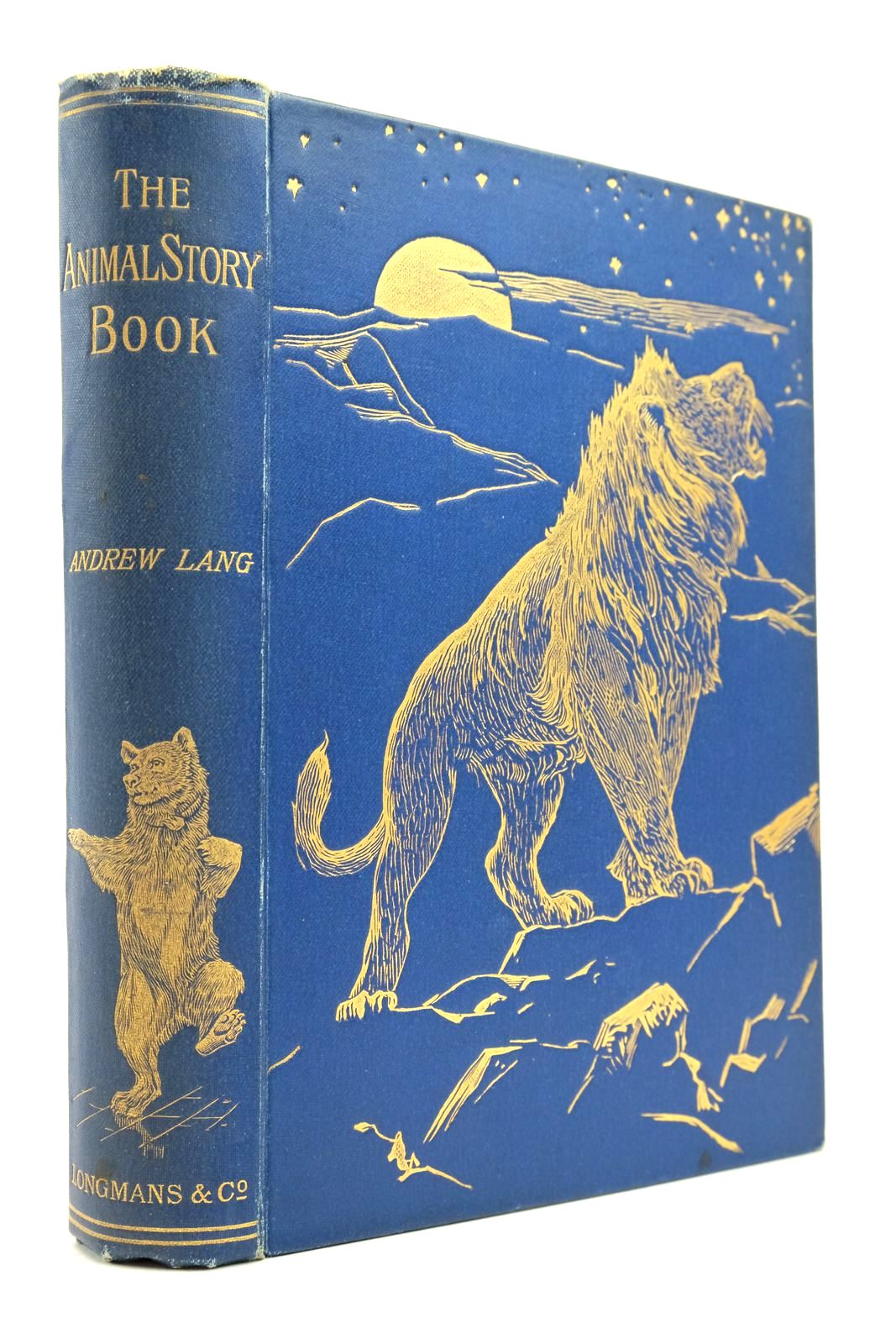