My Life on Lundy By Felix W. Gade

I love coming across books that deepen my interest in places I have already visited, I just want to return with all this fresh information buzzing in my head and to use the fold out map to enable better visualisation. 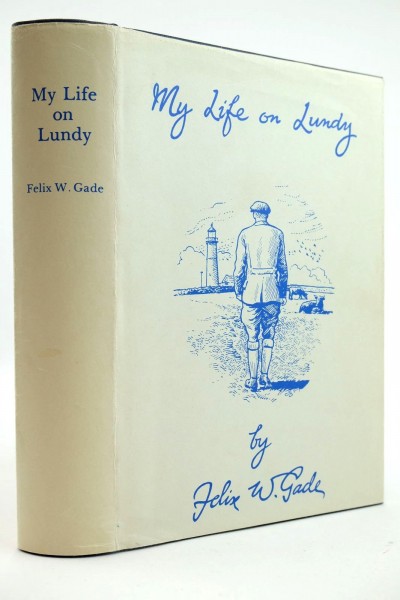 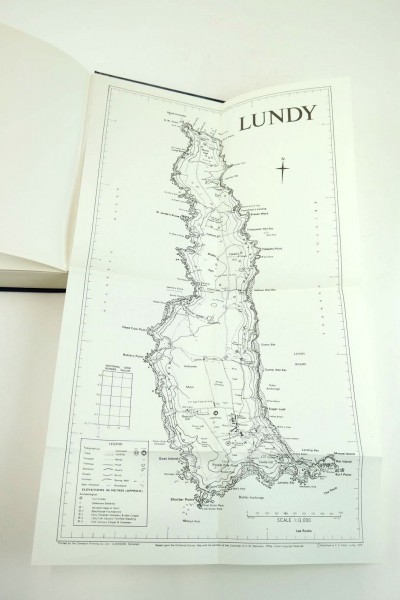 He was employed as the resident agent by his boyhood friend Martin Coles Harman, who had bought Lundy the previous year "for a private estate, not as a commercial venture.  Provided it could be run at minimal expense and that the heritage of immunity from local and national taxation be maintained, together with the island’s ancient privileges."  He also wanted to increase and diversify the wildlife to ensure that the island remained unspoiled for all his family and friends to enjoy.

Mr Gade eloquently explains the many and varied attractions of living and working on a small island including "a sense of freedom and independence with the absence of minor tyrannies of life in a large community."  It could be tempting!

With a lovely narrative flow, he describes his first landing, having endured a five day wait in a hotel in Bideford due to a severe westerly gale.  Captain Dark is described with affection as a man of integrity and with a deep knowledge of the sea and local area.

The Christmas of 1926 is described fully when their boat, Lerina, is due to bring friends and family for the festive season.  The Lerina is due to leave from Clovelly at 7 p.m., but as there is a wicked east wind, they cannot head for the easier landing area of Landing Beach, instead they have to land at Montagu Steps which is about four hundred feet below the cliff top. The "boil of the South Race" can be discerned and the usual tide which is now ebbing is running six or seven knots, instead of five.  All is successfully and skilfully achieved despite the treacherous rocks, precipitous path and the dark. 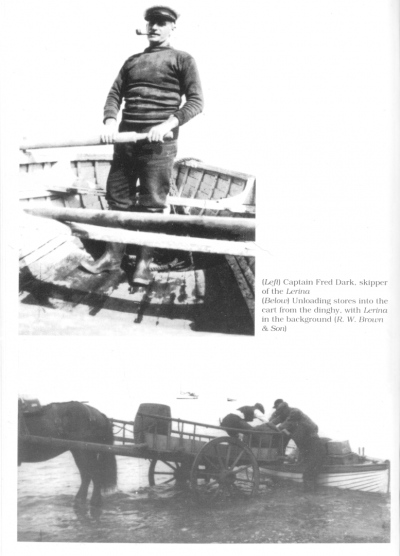 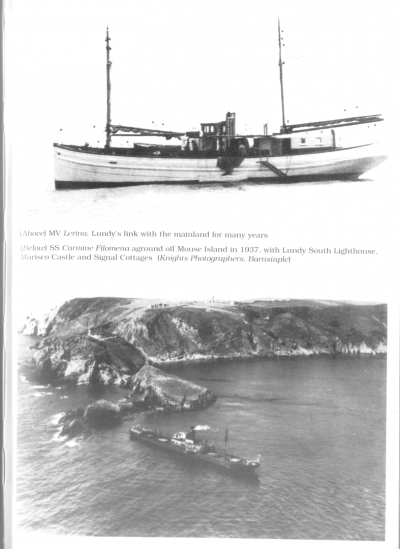 In line with Mr Harman’s wishes to populate the island with different animals he ordered fifteen red deer in March 1928.  Naturally, being an island, the only way after initial transport by rail is by boat.  It proved quite a task with some sad fatalities and one stag who tried to escape by swimming out to sea.  Only three stags and seven hinds survived.  There were also other disasters such as the wallabies, but successes too.

In an effort to be self-sufficient, other introductions were made including South Down ewes which had been bred on chalky ground and the abrupt change of pasture made them very sick, only a few survivors grew into healthy animals.  The Shropshire rams were a mistake too as their large heads made for lambs with equally large heads that were very difficult at birth and often died.

In 1926 Mr Harman brought over some pea-fowl, who survived very well although a nuisance in the vegetable garden, but were of interest to visitors.  Two years later he brought in 200 Irish geese, "ten or fifteen of which flew down to the sea, some dying and being picked up by the crew of the Florence (a small salvage vessel from Ilfracombe)."  Pigs, cattle and hens were also kept on the island.  Mr Harman became interested in goats, some of whose descendants are still on the island to this day.

There are lovely photos showing the main occupants of Lundy, including Mr Gade along with buildings and views.  One photograph is of a very special visitor in 1958, namely Queen Elizabeth the Queen Mother. 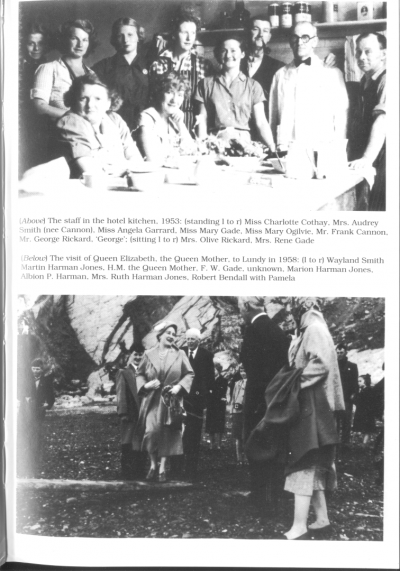 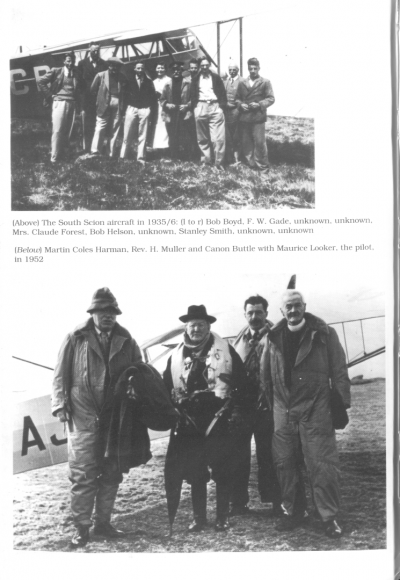 There were many regular visitors, among them Mrs Hamlyn, Lord of the Manor of Clovelly. "She was a wonderful survival from the grand old days of benevolent autocrats; she owned all Clovelly and she looked after the properties and the people most meticulously"

Many ships assembled in Lundy Roads to take shelter in rough weather.  The Tavern always played a key role, whether for locals or those seeking refuge.  Trawlermen sang many interesting songs, as did the locals.

Mr Gade met his future wife on Lundy who came for a holiday and stayed, being captured by the life on Lundy as well as her future husband. 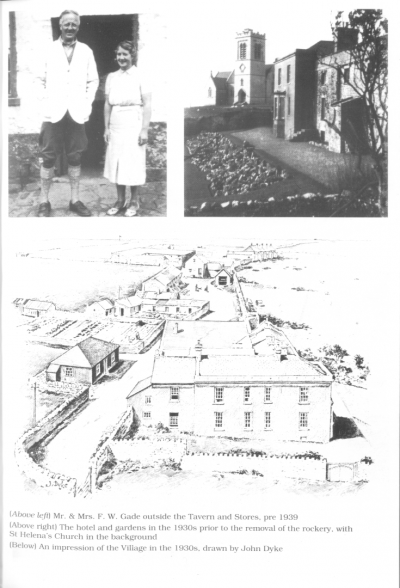 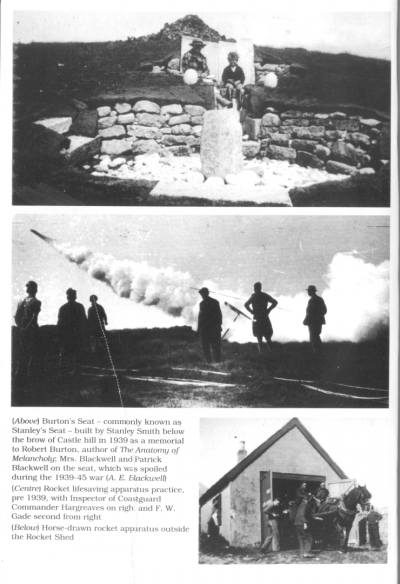 All of the above is gleaned only from the first four chapters, there are sixteen.  I hope this has whetted your appetite to delve into this gorgeous book.