Sequel(s) – Definition: Subsequent development or the next instalment as of a speech or story; a continuation of a much-loved story and its characters,

How do you feel about sequels when it comes to books?  There are many sequels (and prequels) with authors devoting their careers to sharing stories that interweave and continue the tales around certain characters and places of their creation. Perhaps many of these would be called a 'series' of books, as there can be more than 3 or 4 stories in the set. Some of us love these, but others perhaps prefer to use their own imagination for any further adventures - after all, how can you do better than the original? But what about a sequel to a story that was first written around 100 years previously?

'Peter Pan In Scarlet' is one such, being the Official Sequel to the story of 'Peter Pan and Wendy' but it did not come about in the normal way of a sequel i.e. an author writing the follow-up to their earlier work. 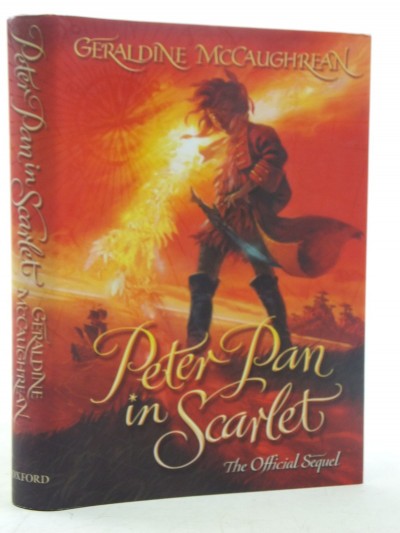 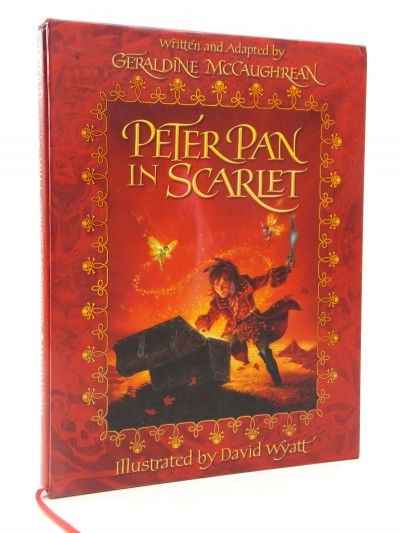 In 2004 Great Ormond Street Hospital (GOSH), to whom J.M. Barrie gifted the rights of Peter Pan in 1929, decided to sanction, for the very first time, a sequel to the book 'Peter Pan and Wendy'. They did so by way of a competition in which authors from all over the world could submit a plot outline and a sample chapter of Peter's further adventures in Neverland. Geraldine McCaughrean's submission was chosen from around 200 entrants and 'Peter Pan In Scarlet' thus became the official sequel. The book was released to coincide with Peter Pan's centenary and before the original copyright expired.  So 'Peter Pan' continues to benefit GOSH for children, possibly longer than Barrie could have known or imagined.

But I digress – what about the story?   'Peter Pan In Scarlet' picks up roughly 20 years after the original ends. Wendy and the Lost Boys are grown and now have children of their own, apart from Michael Darling, who we later learn was lost in the Great War.

What precipitates a return to Neverland?  The Old Boys (all the grown men who were once Lost Boys) have started having strange dreams and 'souvenirs' from Neverland start appearing in their beds!  A cutlass, “a sword here, a candle there, a bow, a medicine bottle, a top hat...”. The night that John dreams of mermaids, a strange fishy smell hung on the stairs all the following day.

Of course, it is Wendy who explains the strange happenings: “Dreams are leaking out of Neverland” she says “something must be wrong. If we want the dreams to stop, we must find out what....that is why we must go back”.

But – how to return?  There are problems that must be overcome first - they are too big and everyone knows that no-one but a child can fly to Neverland, but they can no longer fly as they once did.  What to do? Do you not remember that when you put on dressing up clothes, you become someone else?  They all 'borrow' changes of clothes from their children – problem solved!

But how will they get there without Tink?  Fairy dust WILL be needed!  Where to find a fairy?  A search ensues in Kensington Gardens where Peter Pan was first encountered when a week old in 'Peter Pan in Kensington Gardens'.  However, after some unsuccessful attempts with their nets, it is Wendy again to the rescue; she remembers how fairies are born – do you?

So off to Neverland they go! 'Second to the right and straight on till morning!....”

Will things be as they remember? Sadly not...Neverland has changed, with strange scarlet and gold hues and places not where they expect them to be.  But what of Peter Pan? 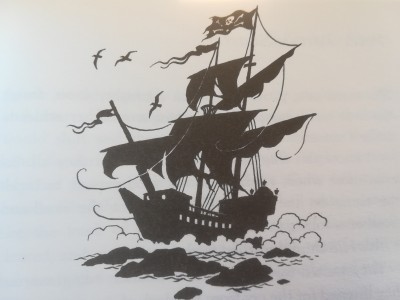 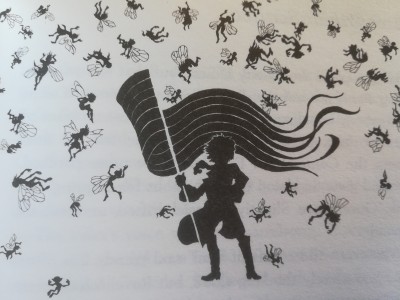 At first Peter doesn't recognize them. He thinks he's dreaming of them which he has been doing a lot recently.  However, as soon as he does recognize that Wendy and the Lost Boys are really back in Neverland, he takes charge and “make-believe works its magic and Neverland casts its spell and the grown-ups have soon forgotten why it is they have come...”

A treasure map that Peter finds in the pocket of the red brocade coat he has taken to wearing, after finding it in a chest on the Jolly Roger, sends them on yet another adventure. A quest for treasure of course – but whose treasure and what will it take to find it?

Throughout the story, we meet characters and places old and new – just who is this Ravello the “simple travelling man” with his menagerie of animals?  It's unusual for Neverland to entertain adults!  And just what IS happening to Neverland??!!  Fairies are warring, shadows are cut away and the strange dreams continue despite the fun adventures along the way – including Dragons galore. Will Wendy and the Lost Boys remember why it is they returned to Neverland in the first place? 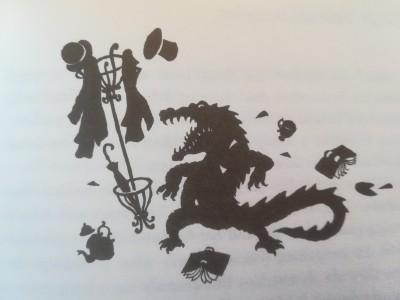 In different passages, you can certainly see McCaughrean trying to emulate Barrie's original style and weave the old with the new.  You can see how she has tried to keep the 'cocky' and arrogant Peter Pan from the original (or perhaps more so?).  He crows: “I can't help it. I'm just so marvellously clever”.  It is also interesting that she doesn’t disregard the ending of the original, where Wendy and the Lost Boys are now grown, but instead finds an ingenious way around it, so that the story can continue.

Is Peter Pan in Scarlet a good sequel?  I'll have to leave that up to you to decide for yourselves.

Editions of Peter Pan in Scarlet:

The book was internationally released in October 2006, the UK version including a front cover illustration and internal silhouettes by David Wyatt.  The US version features a front cover illustration by Tony DiTerlizzi and internal silhouettes by Scott M. Fischer. There is a limited edition of 1,500 copies of the original (UK) edition, which have special bookplates that are signed and individually numbered by the author. 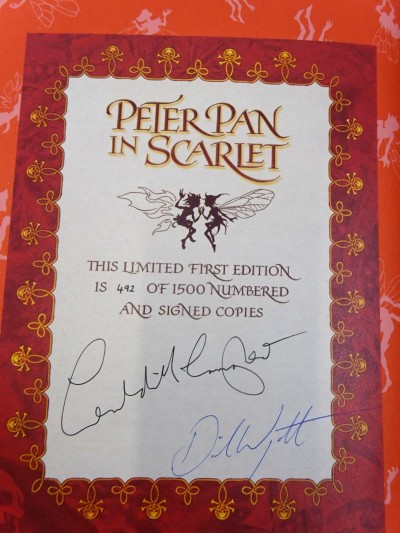 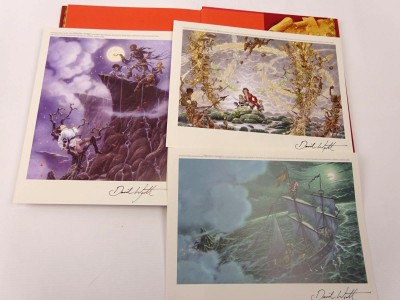 In 2008 a new gift edition with colour illustrations was produced and specially adapted by the author for younger readers.  A further limited edition, also of 1,500 copies, was produced which includes prints of the colour artwork and a bookplate that is signed by the author and the illustrator, and individually numbered.

Please click here to see our current stock of Peter Pan In Scarlet. 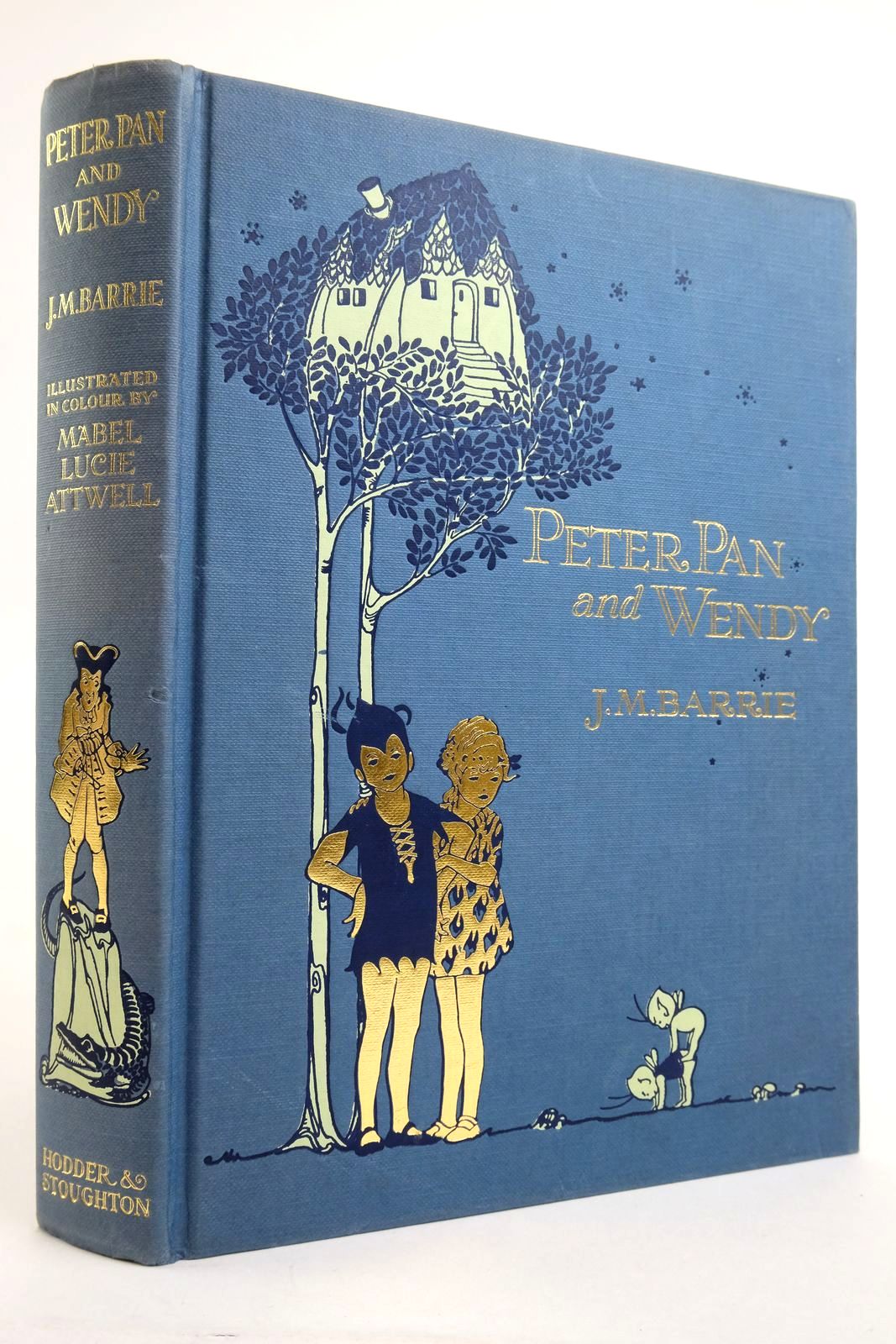 PETER PAN AND WENDY
Written by J.M. Barrie. Illustrated by Mabel Lucie Attwell. Stock no 2135932. Published by Hodder & Stoughton. Circa. 1979. 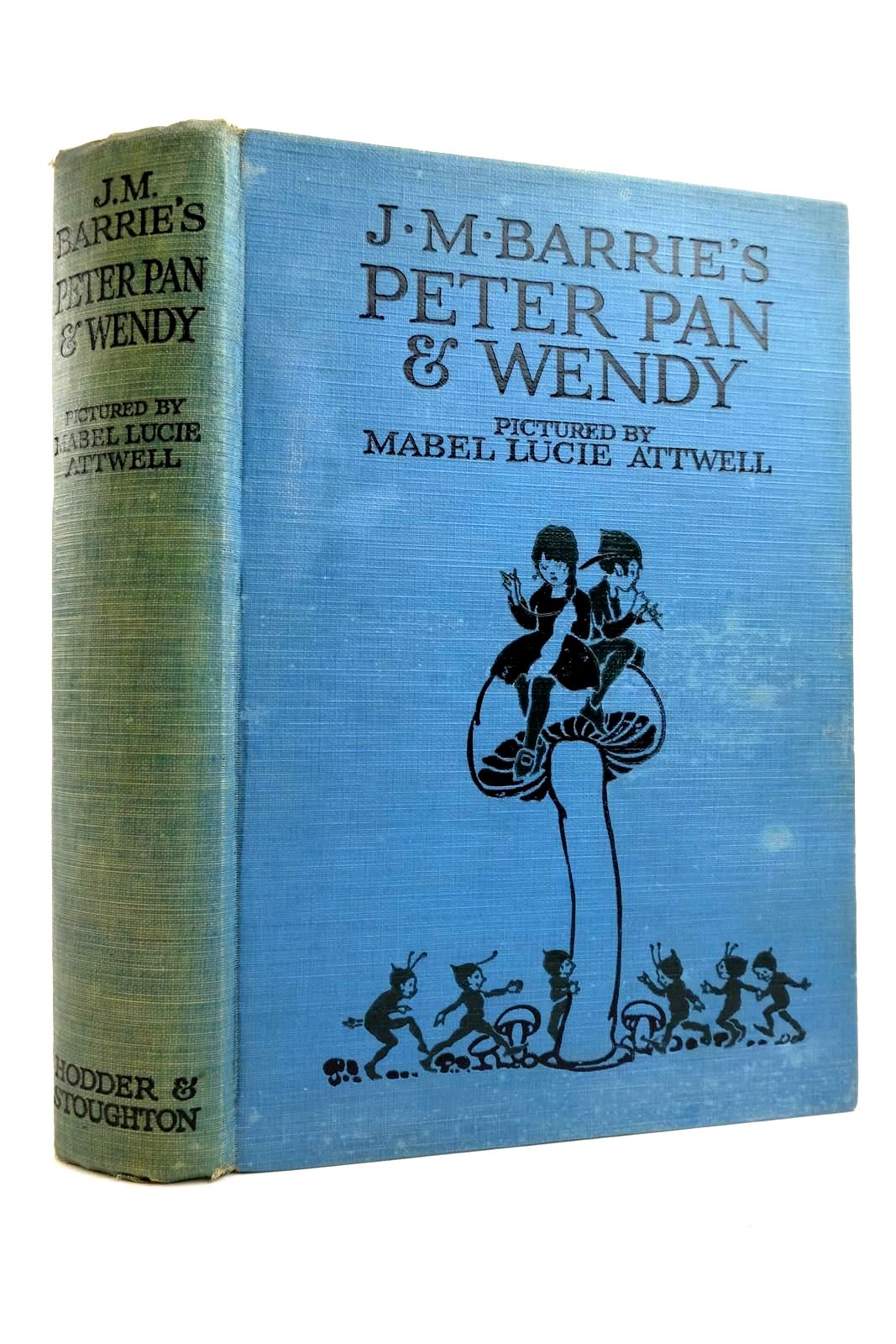 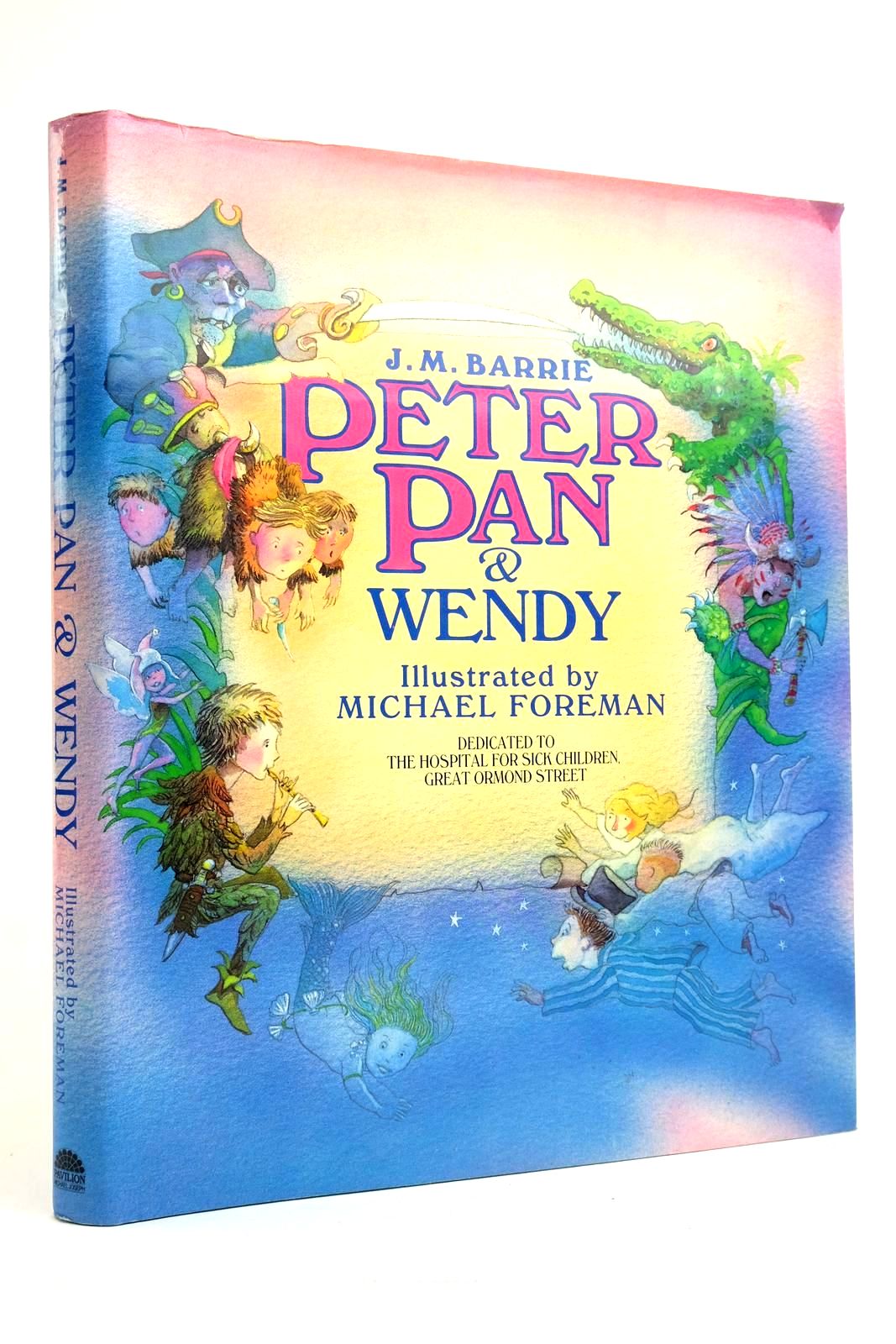 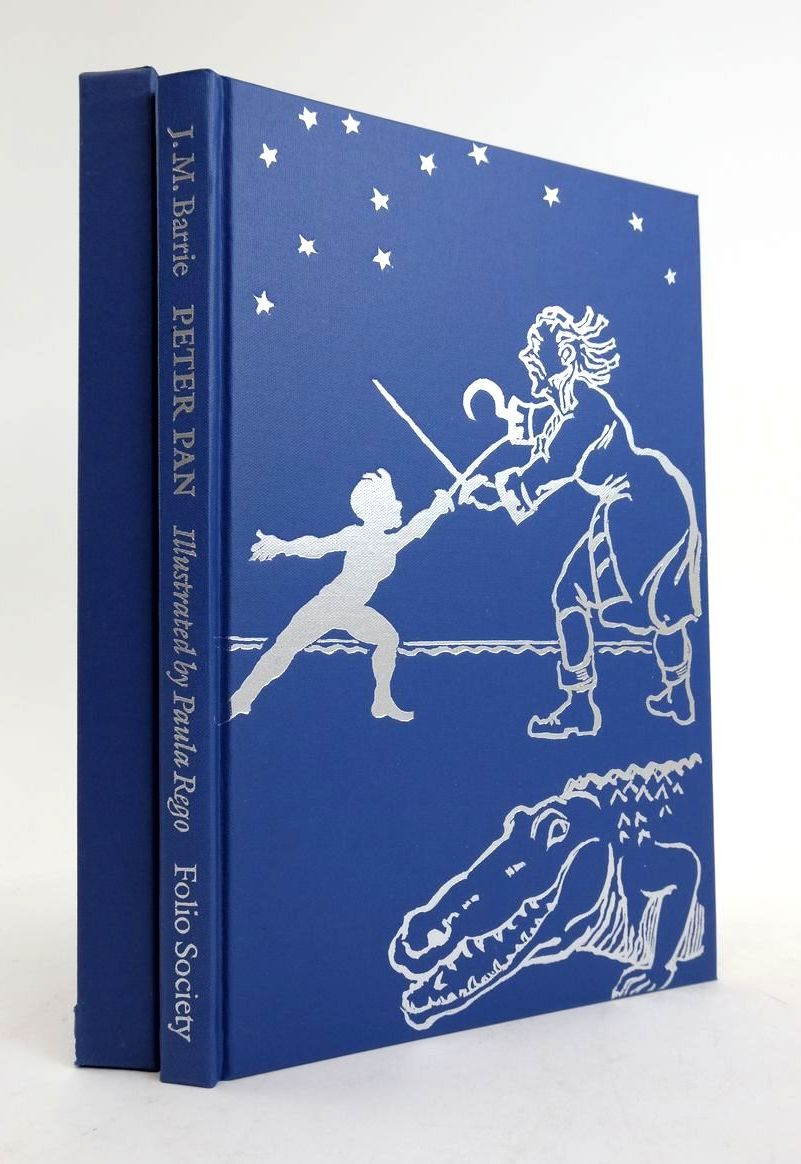 PETER PAN OR THE BOY WHO WOULD NOT GROW UP
Written by J.M. Barrie & Andrew Birkin. Illustrated by Paula Rego. Stock no 1822258. Published by Folio Society. 1st thus. 1992. 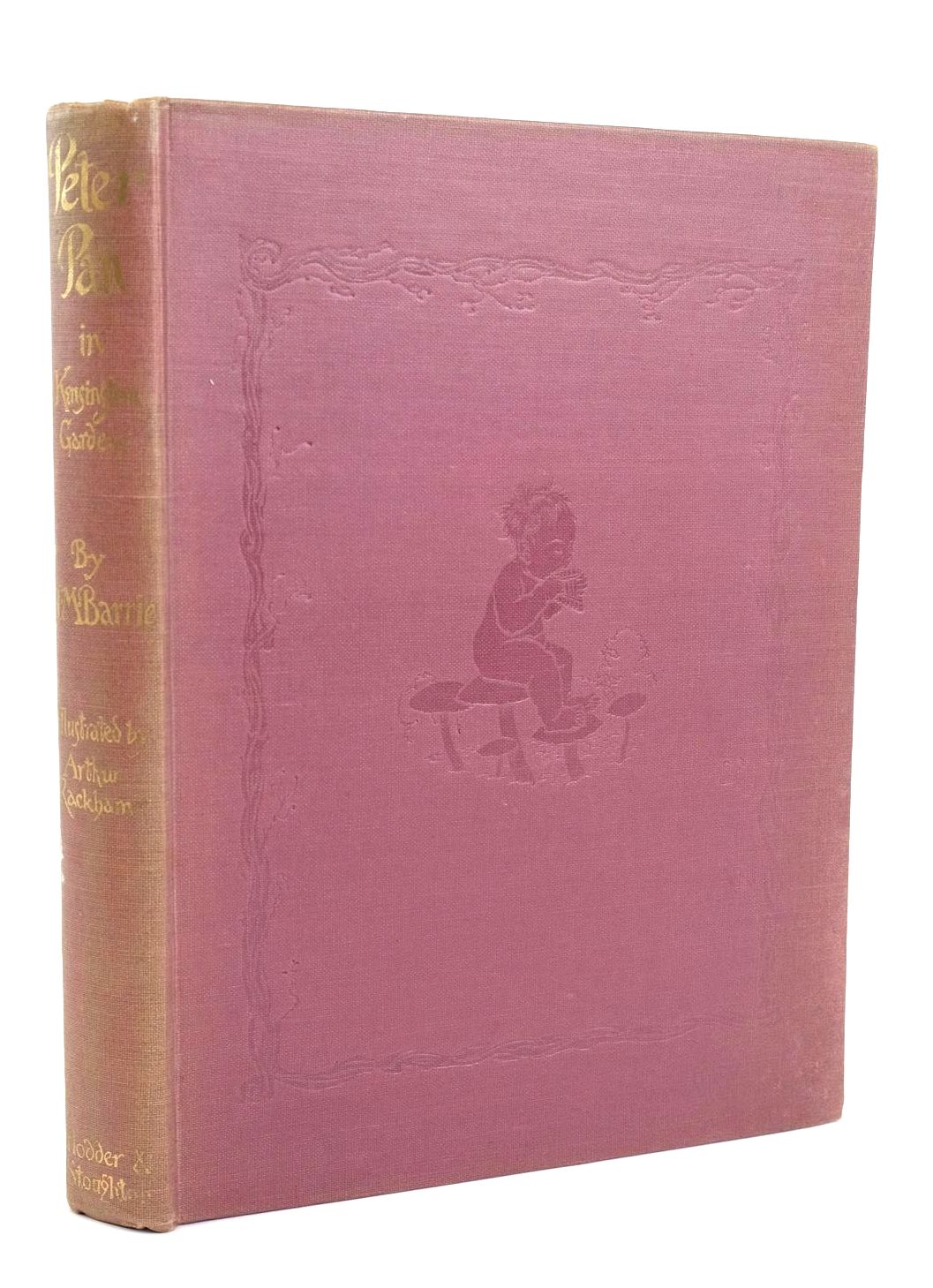 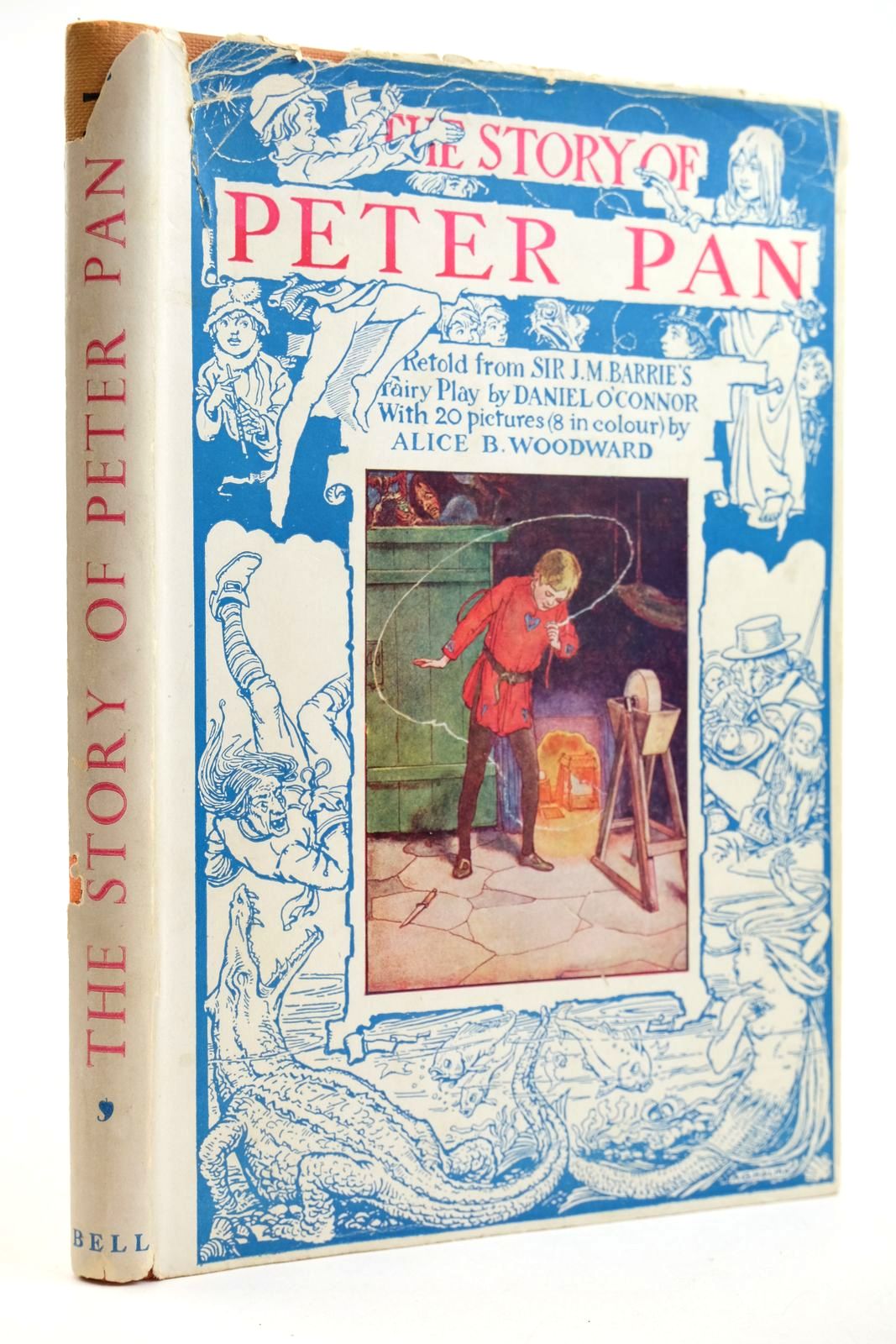 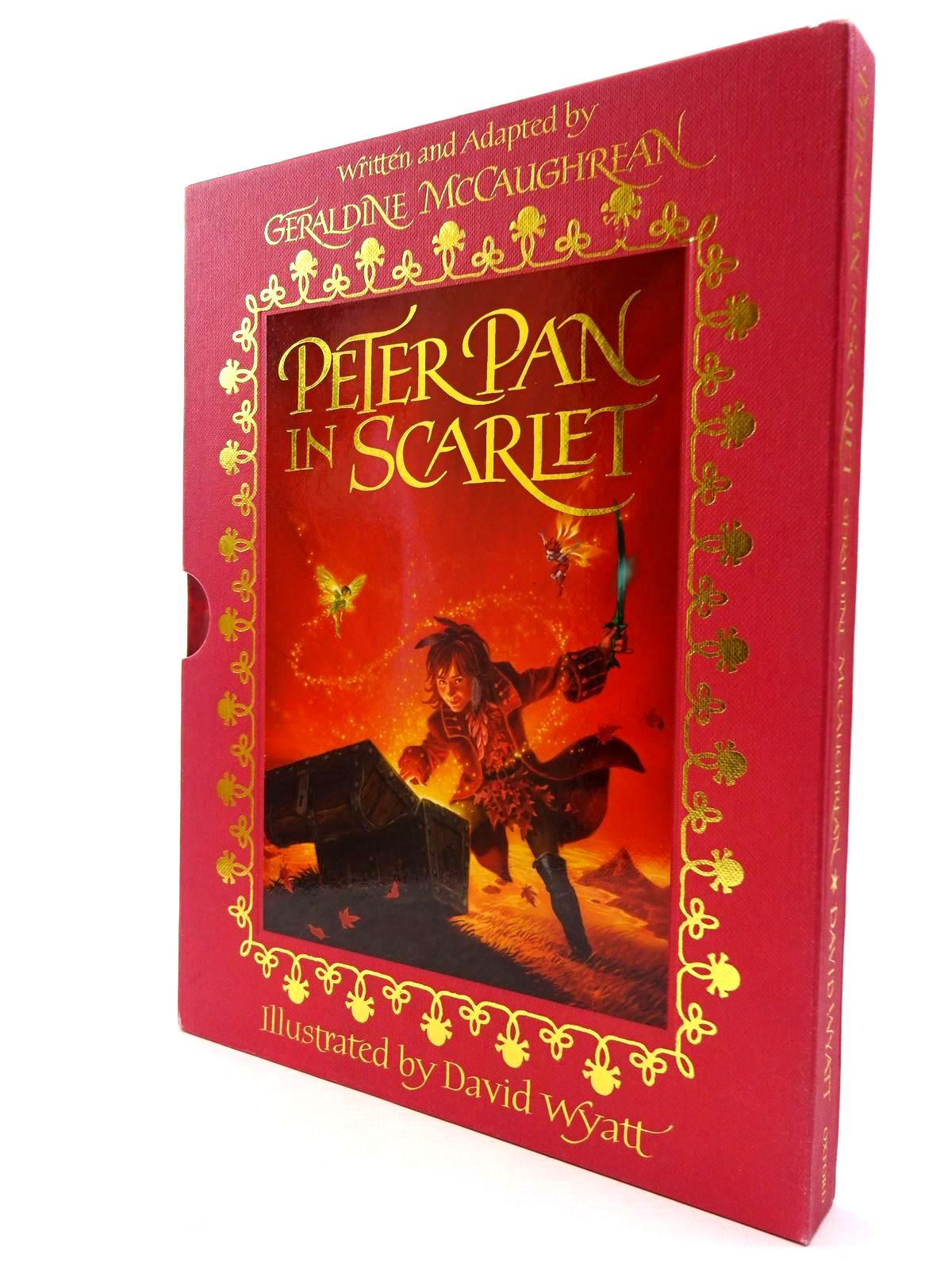 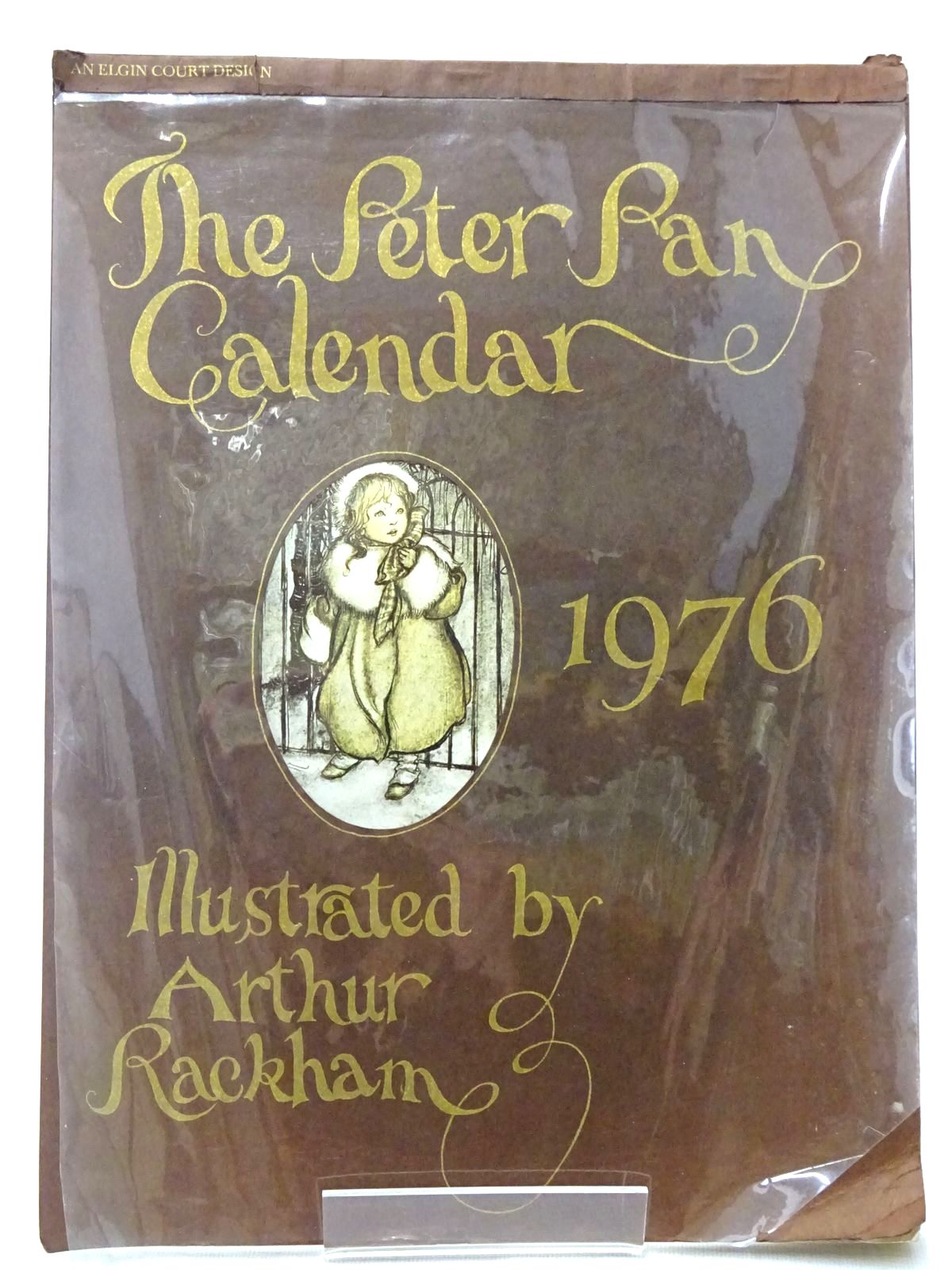 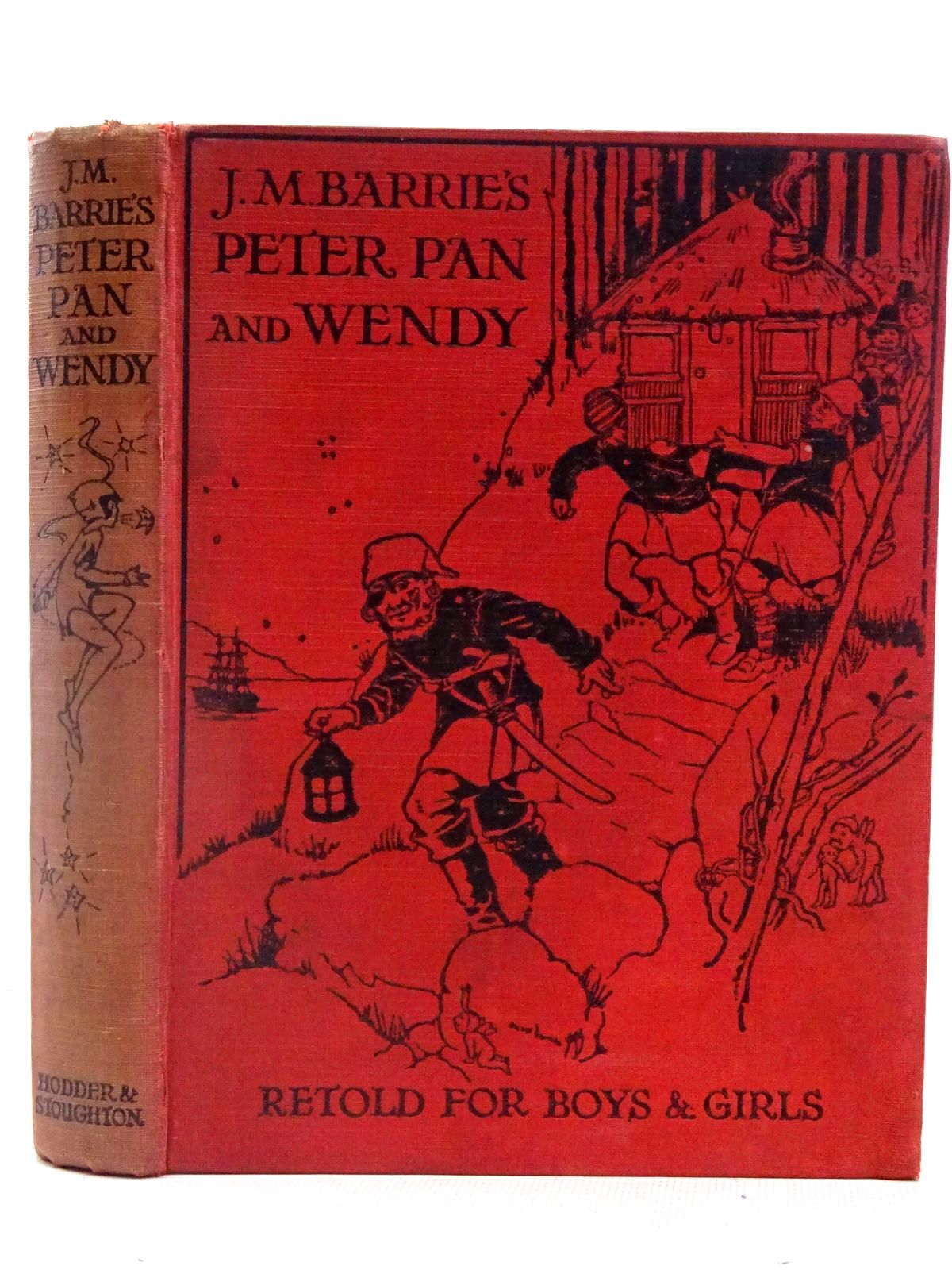 PETER PAN AND WENDY
Written by J.M. Barrie & May Byron. Illustrated by Mabel Lucie Attwell. Stock no 2127844. Published by Hodder & Stoughton. Circa. 1926. 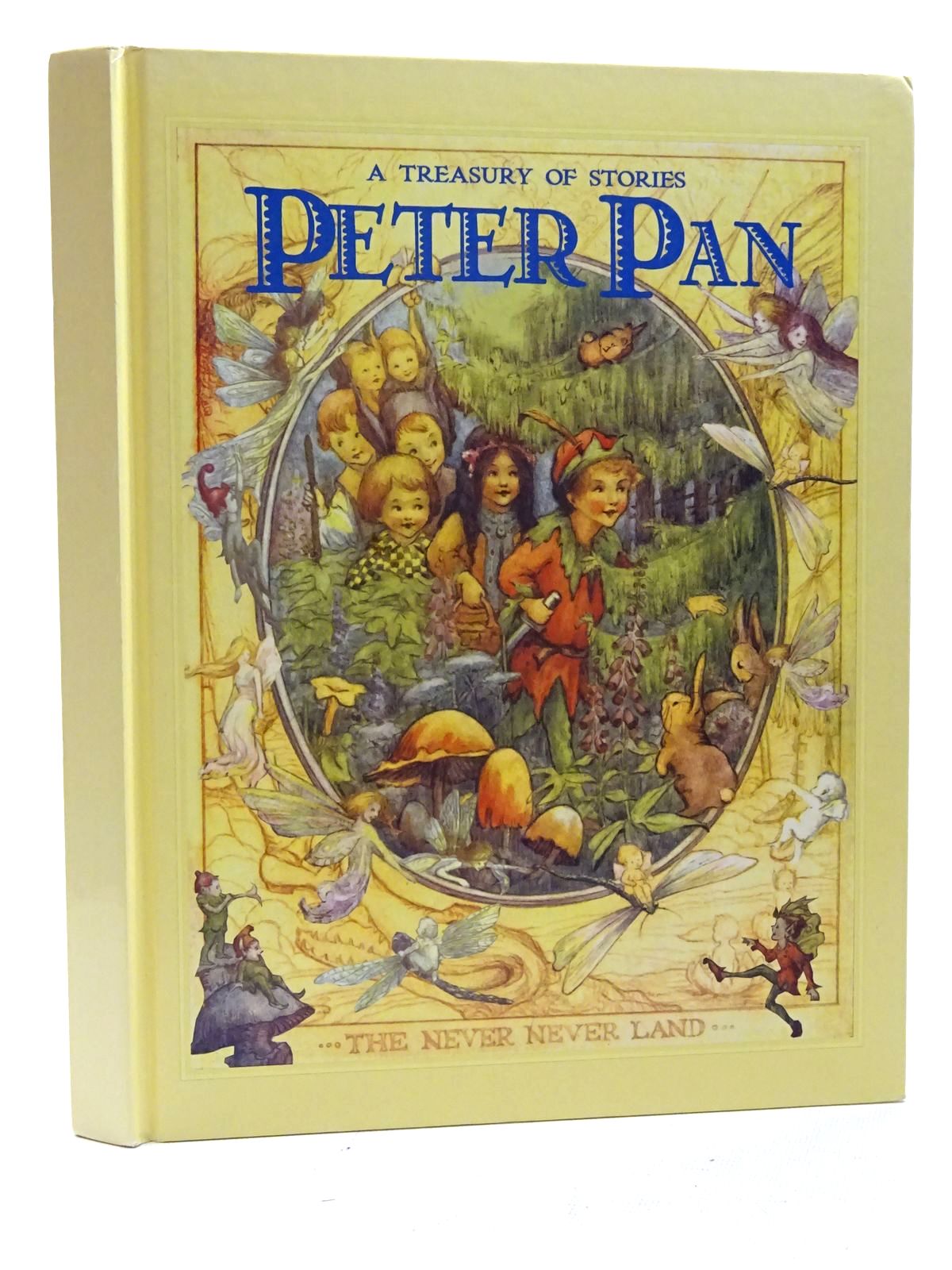 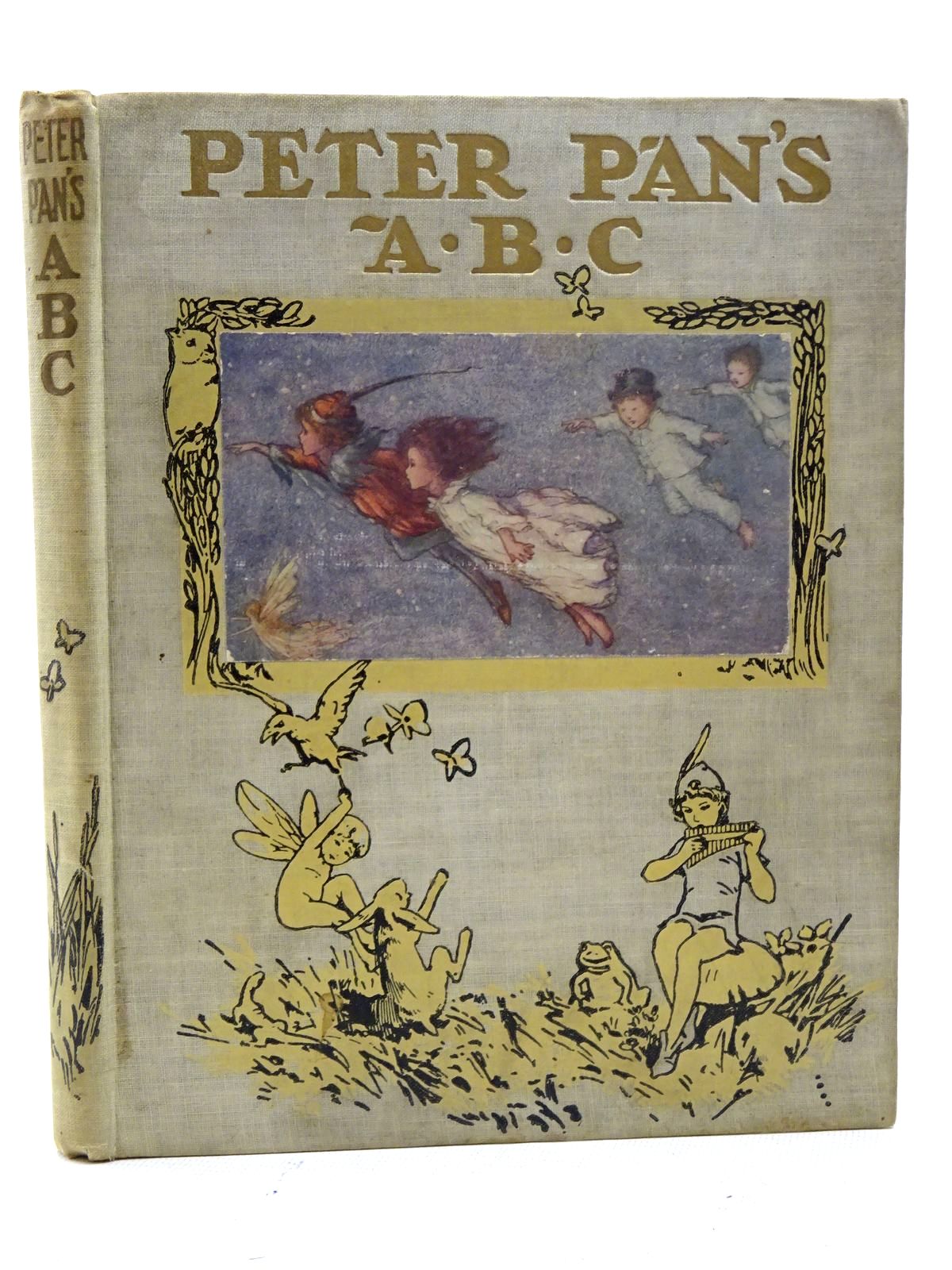 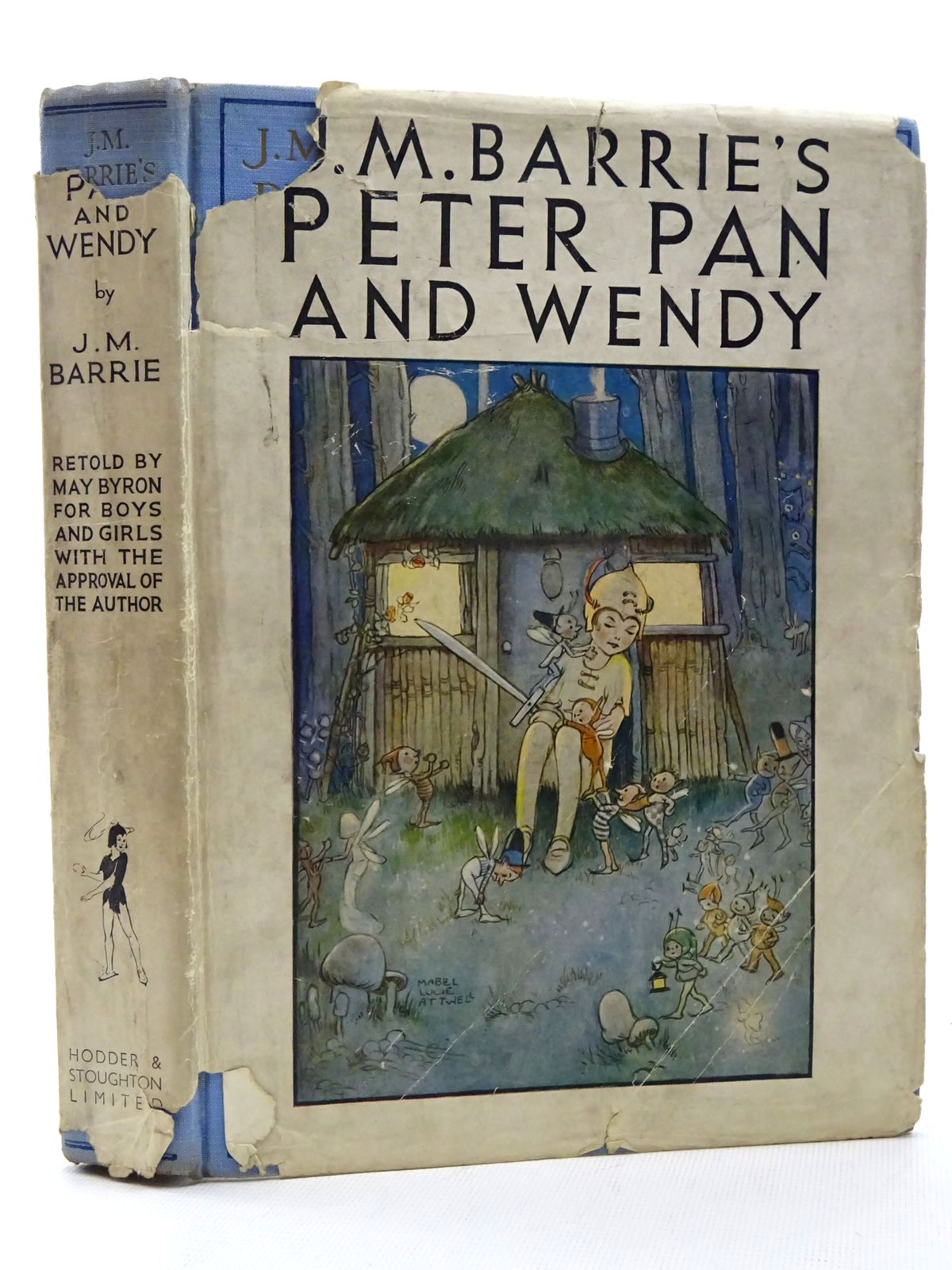