Hans Christian Andersen was born in April 1805, to poverty stricken parents. His father was a shoemaker and his mother a washerwoman who worked in the big houses of the more wealthy. The Andersen family, however, lived in a small room in the town of Odense in Denmark , often with not enough food to go around.

Andersen spent his early life learning Danish folklore, passed on by word of mouth from women in the spinning room of the asylum, where his grandmother worked. These tales, and the Arabian tales from the book The Thousand and One Nights which his father owned, were to influence Andersen's later works as we shall see.

A few years after the death of his father, Andersen travelled to Copenhagen to pursue his dream of being on the stage in whatever capacity he could - actor, singer or ballet dancer. It was his singing voice that initially got him noticed and a chance meeting with a composer, Christopher Weyse, which would influence the next phase of his life. Weyse took pity on Andersen's plight and agreed to pay for a room for him so that he could study at the Royal Choir School and then, at night, be around the theatre that he loved so much. Later he enrolled in the Royal Theatre Ballet School ; however, by the age of 17, due to the changes in his voice and his growing physical stature, he was dismissed from the ballet school and told that he would never become a dancer.

Undeterred, Andersen turned his attention to writing. He began with plays which he offered to The Royal Theatre - most of which were rejected. However, one of these plays caught the attention of Jonas Collins, the controller of finances at The Royal Theatre. Collins sought to help the young writer, securing financial aid for Andersen who was sent away to grammar school in 1822, to gain the education that he had not been exposed to during his earlier life. The schooling that Andersen received lasted for four years, much of it under a tyrannical bully of a headmaster.

After being pulled out from the grammar school due to the harsh treatment that he received, his schooling continued, but this time with private tutors in a small room provided for him. Jonas Collins allowed Andersen to integrate into his family although the young man was never allowed to forget where he had come from. These class differences, so often experienced by the writer himself, often spilled over into his written works.

At age 22 Andersen sat down and wrote his first book - A Walking Tour from The Holmen Canal to the Eastern Point of Amager. With no publishers showing interest the writer scraped the money together himself to have the book published. It met with instant success and a sell-out run! On the back of that success the Royal Theatre accepted one of his plays which also proved popular. Yet, despite these early successes, there would prove to be many lows for Andersen over the next few years - with not everything being so readily accepted and loved by the public. Persevering through the tough times though, it was Andersen's hunger for success and need for the approval of his readers that motivated him to continue in a way that perhaps many others would not have done.

It wasn't until Andersen was 29 years old that he started writing what many people today are most familiar with - his Fairy Tales. Andersen utilized the background knowledge of Danish folklore learnt during his early life, as inspiration for his own original tales, rather than simply retelling the stories that he had already heard.

In 1835 the first volume of his Fairy Tales was published but sold poorly to begin with. The volume contained four of his now famous tales including The Tinder Box and The Princess and the Pea. Andersen did not keep to the formal writing style of the period; rather, he was more informal with his language thus reaching a larger audience. Many of the tales gave voice to people in the nineteenth century who at that time had none. The poor, poverty and the class divide were often depicted in his tales. However, these characters were shown to have resilience and even wisdom and the power to overcome the obstacles that were put in front of them - much like Andersen himself.

One thing that makes Andersen's Fairy tales differ from many of today, is that many of his tales did not end 'happily ever after'. Through many of his works his characters have pain, similar to that experienced by the author himself, which sometimes cannot be overcome but is endured by the characters - thus showing their strengths.

It was these tales, and the numerous others that were to be published later, that changed Andersen's status in society. A standard royal literary scholarship, awarded from the King of Denmark, gave Andersen an annual allowance which meant that, aged 33, he would no longer have to worry about the threat of poverty that had influenced much of his life up until that point. The option to travel was now more readily open to him. He took many trips around Europe, and made contacts with poets and authors along the way, including literary giants such as the Brothers Grimm and the English author Charles Dickens.

Andersen now had the life that had once been a dream to him, where he could mingle with the upper classes, on their level and even influence the lives of others lower than him, if he so desired.

The fairy tales that had made Andersen so famous were translated into many European languages, including French and English, though many lost their richness in the translation process. Andersen made his first trip to England in 1847, a year after his fairy tales were published in English. He returned to England in 1857 and overstayed his welcome with fellow author Charles Dickens!

These same fairy tales have now been translated many times into English, in over 80 different languages worldwide, adapted for younger readers and retold by other authors, to make them accessible to a greater audience. Famous illustrators Edmund Dulac and Arthur Rackham are just a couple of the numerous artists that have sought to interpret Andersen's tales through art.

During his lifetime Andersen wrote numerous plays, books and short stories. However, it is still his Fairy Tales that he is most widely associated with and remembered for. The Ugly Duckling, The Emperor's New Clothes, Thumbelina, The Snow Queen, The Brave Tin Soldier and The Tinder Box are all recognizable to a large number of children as they are growing up, be that through books or film. Although Andersen did not realize his dream of being on the stage, he has perhaps left a more lasting legacy through that of his literature.

This world-famous author died aged 70, on 4th of August 1875, at the home of his close friend Moritz Melchior who had cared for him during the last years of his life.

For other articles please visit our archives. 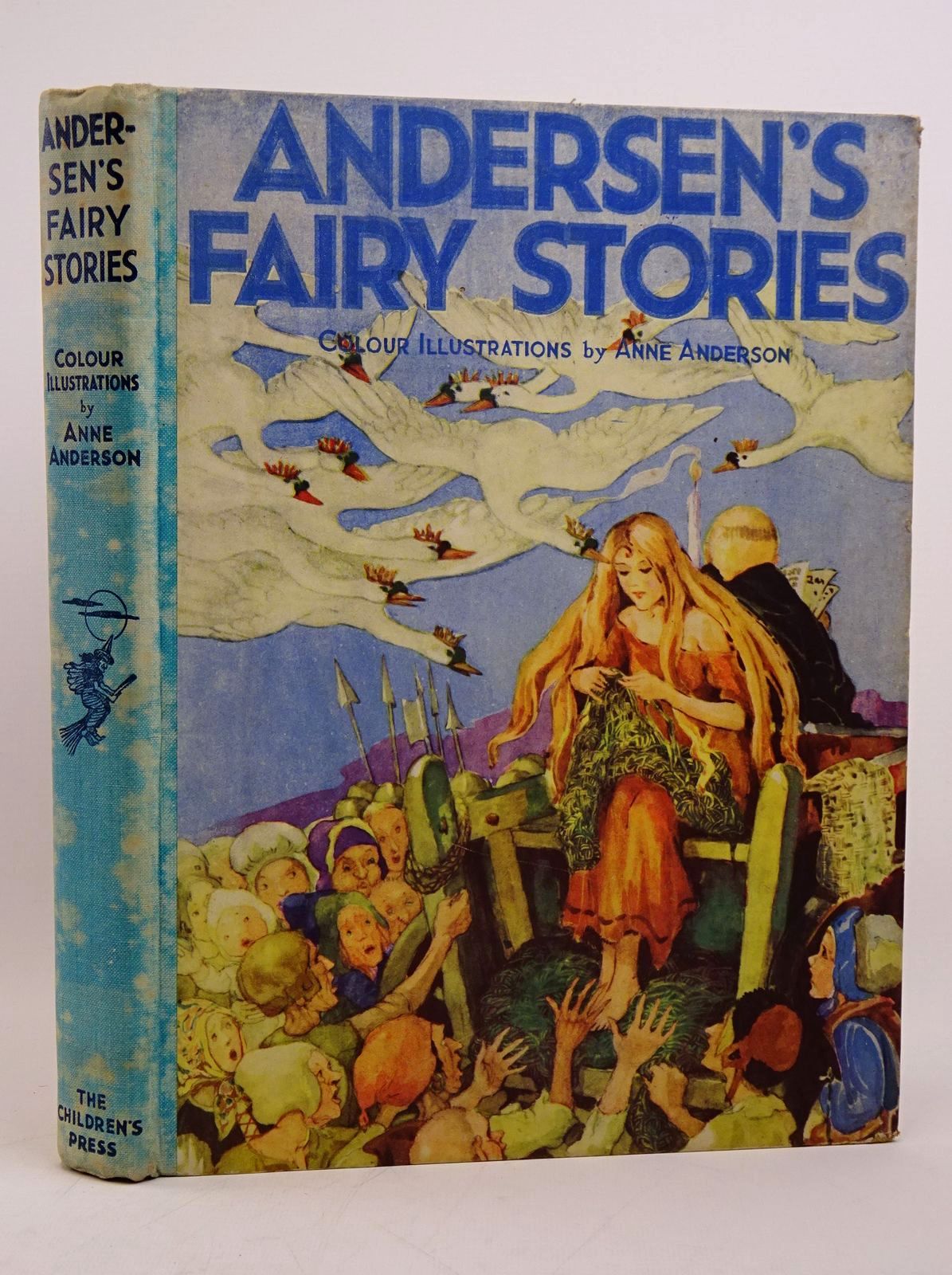 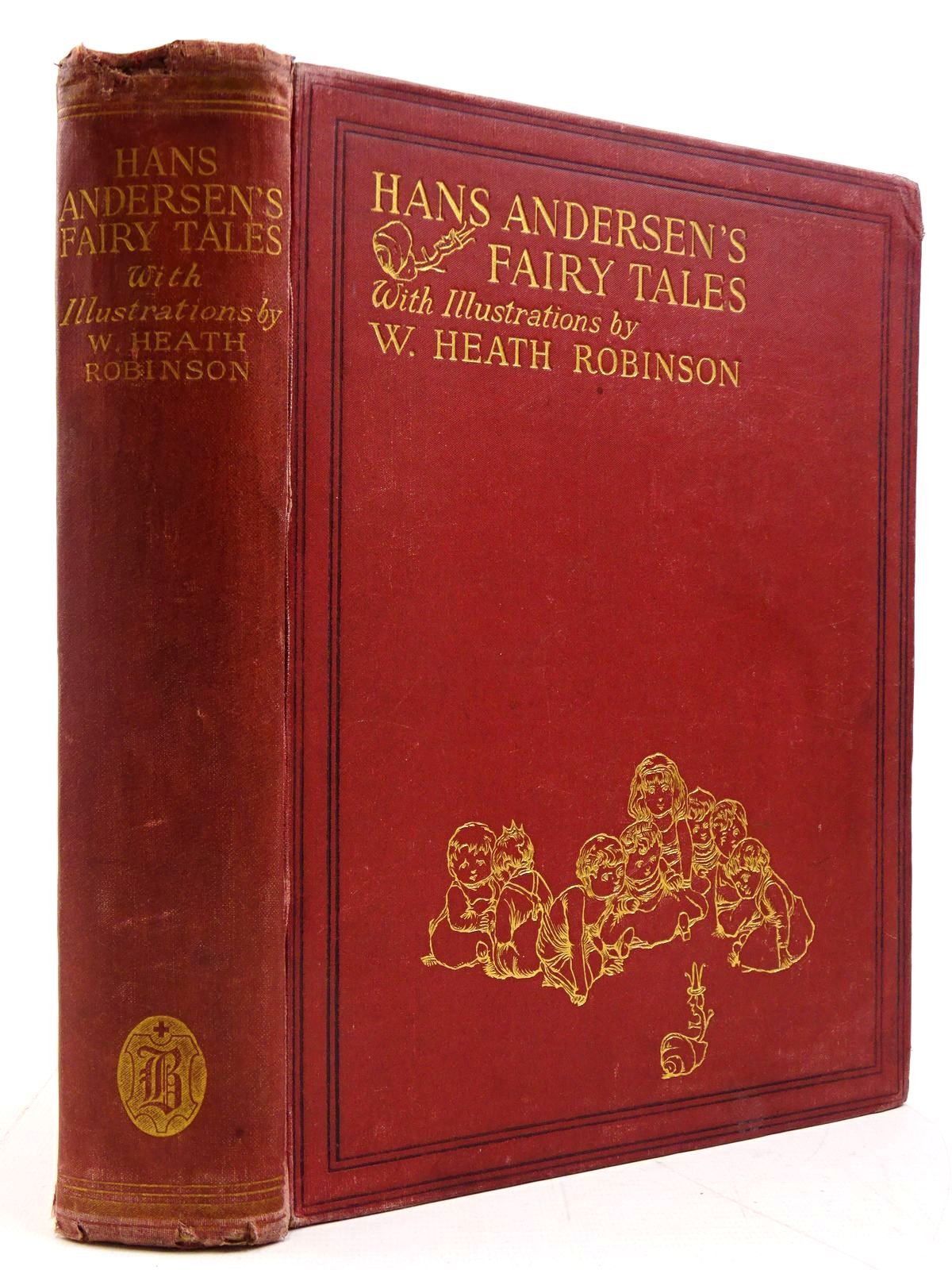 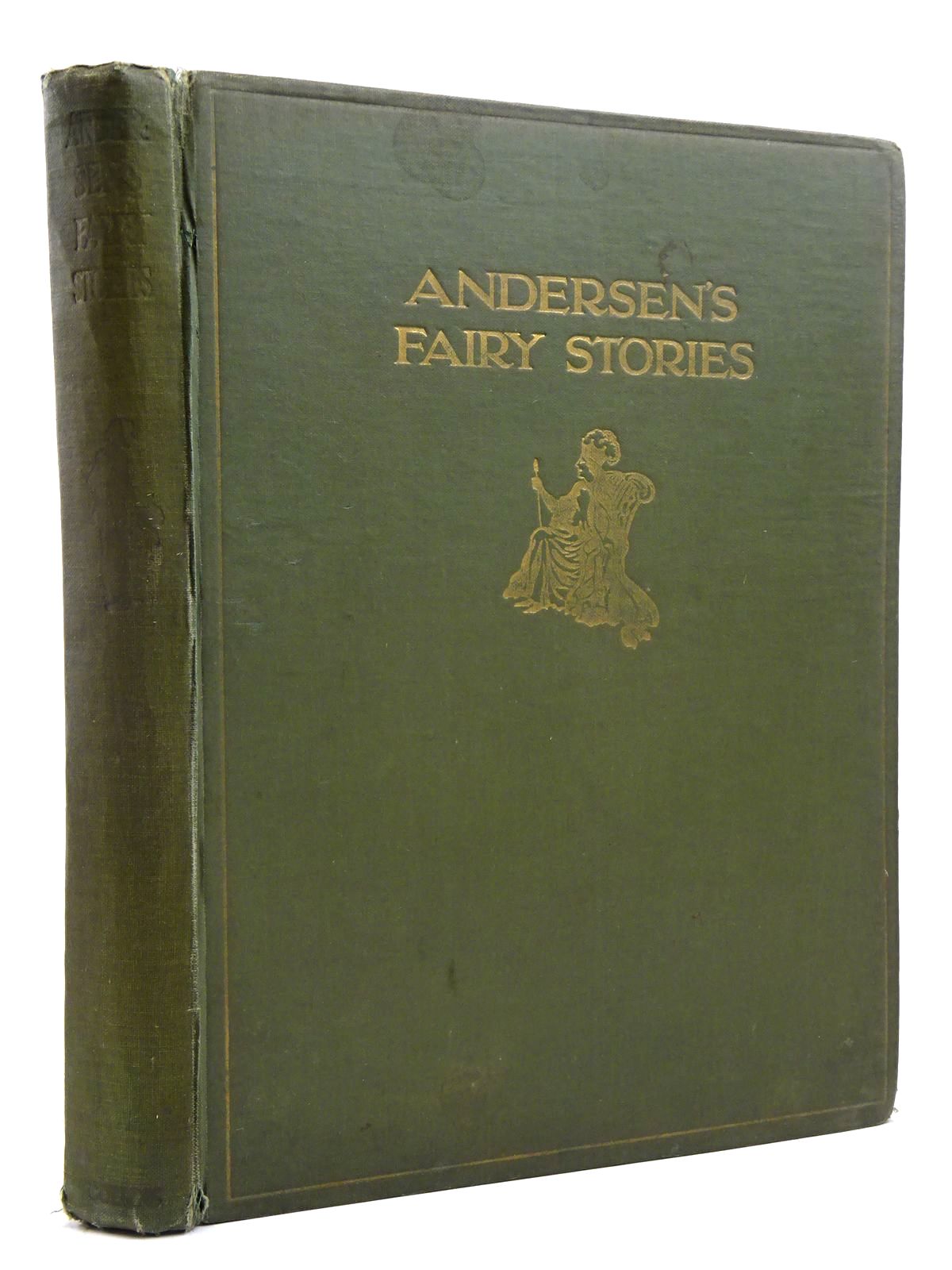 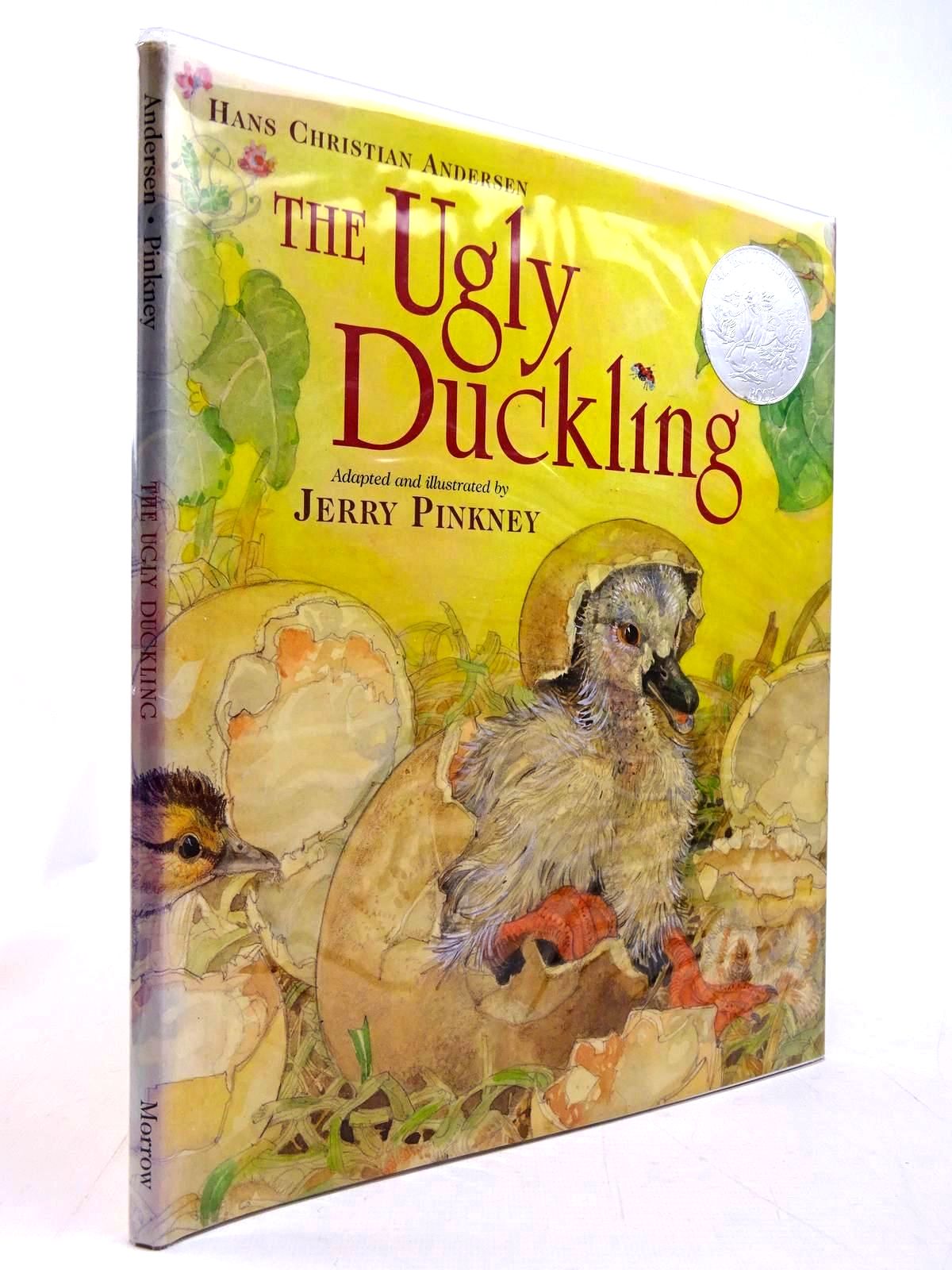